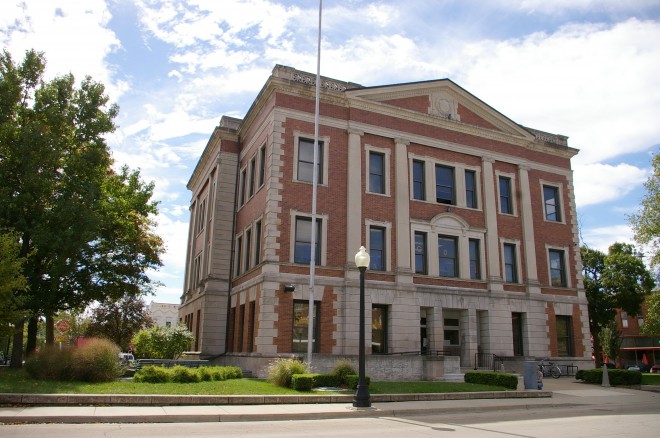 Piatt County is named for James A Piatt, who came from Indiana and settled in the area in 1829. 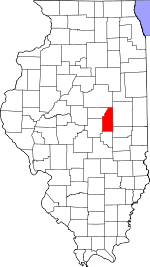 Contractor:  H B Walter of Danville

Description: The building faces south and is a two story red colored brick, lime stone and concrete structure. The building is located on landscaped grounds in the center of Monticello. The rectangular shaped building has limestone trim at the corners. The east and west sides have projecting central sections. On the south and north sides are recessed entrances on the first story. The single window end bays are rusticated, with the building’s quoins on the ends and the central pavilion’s stone on the interior sides. The first level of the central pavilion is coursed ashlar. On the second and third stories, the central pavilions are divided into three bays by Ionic pilasters, with single bays framing the wider central bay with triple window groups in a Palladian form. A limestone belt course is carried by the pilasters, with a plain frieze. The pediments have a cornice of dentils, and egg and dart molding, with a central wreath framed by torches and interconnected with a ribbon of limestone. Inset within the wreath on both ends is a shield with “1903.” On the flat roof is a large shallow copper dome with copper fretwork detail upon a drum base. The courtroom is located on the second story. The building was remodeled under the Works Progress Administration in 1938, an elevator was installed in 1958 and the building renovated in 1996.

See:  The contractor was H B Walter of Danville, also constructed courthouses in Clark County and Moultrie County. 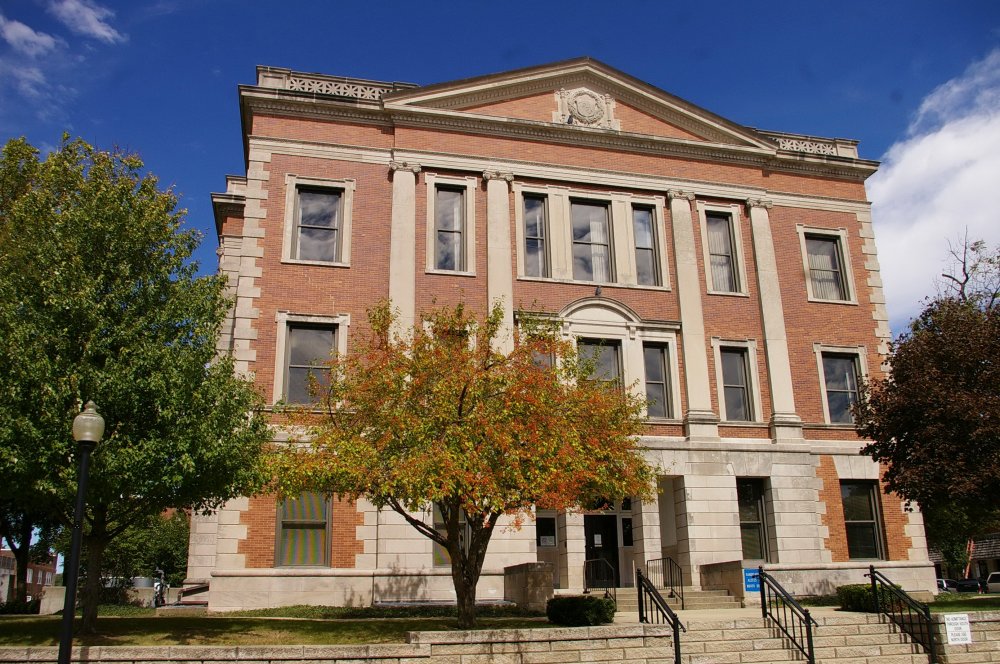 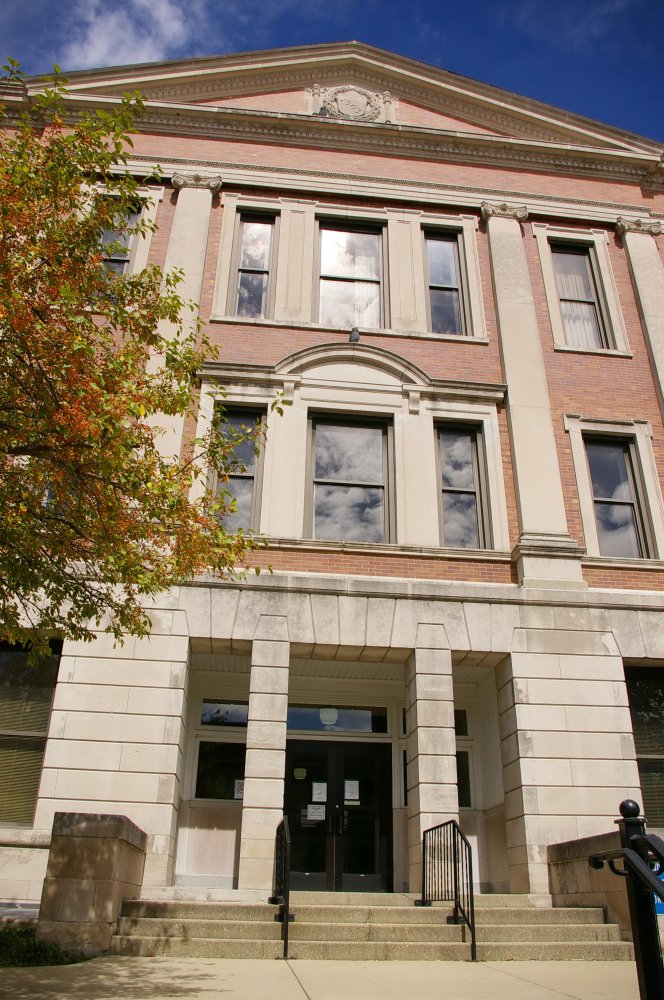 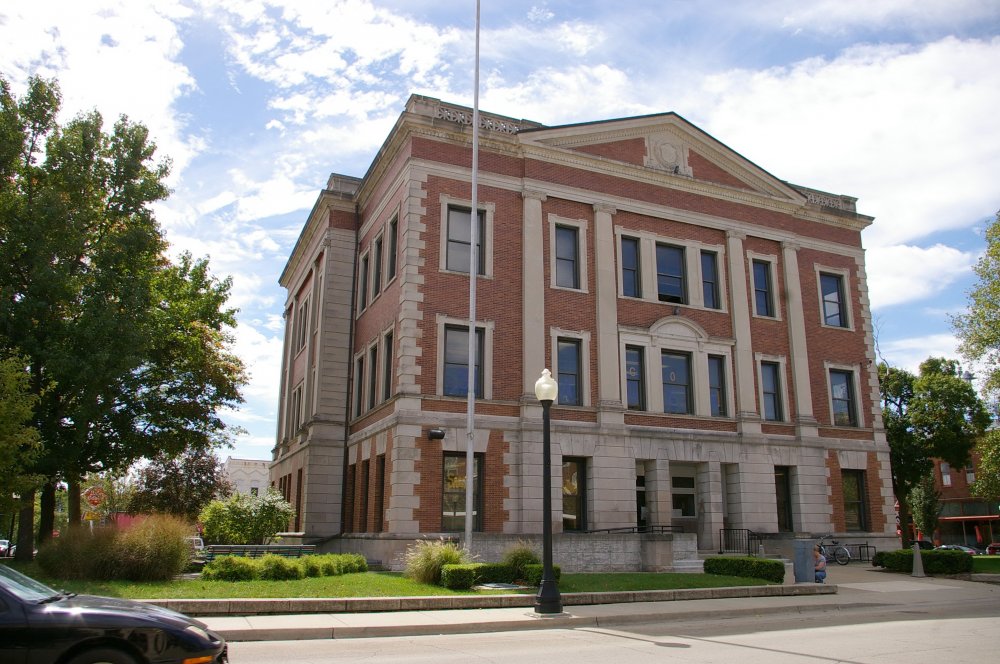 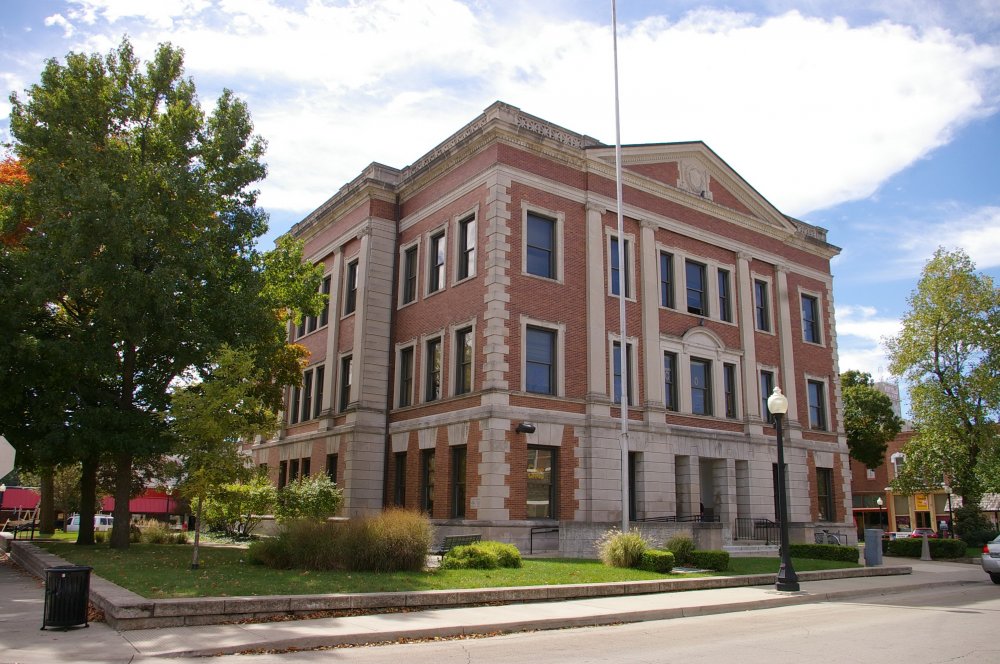 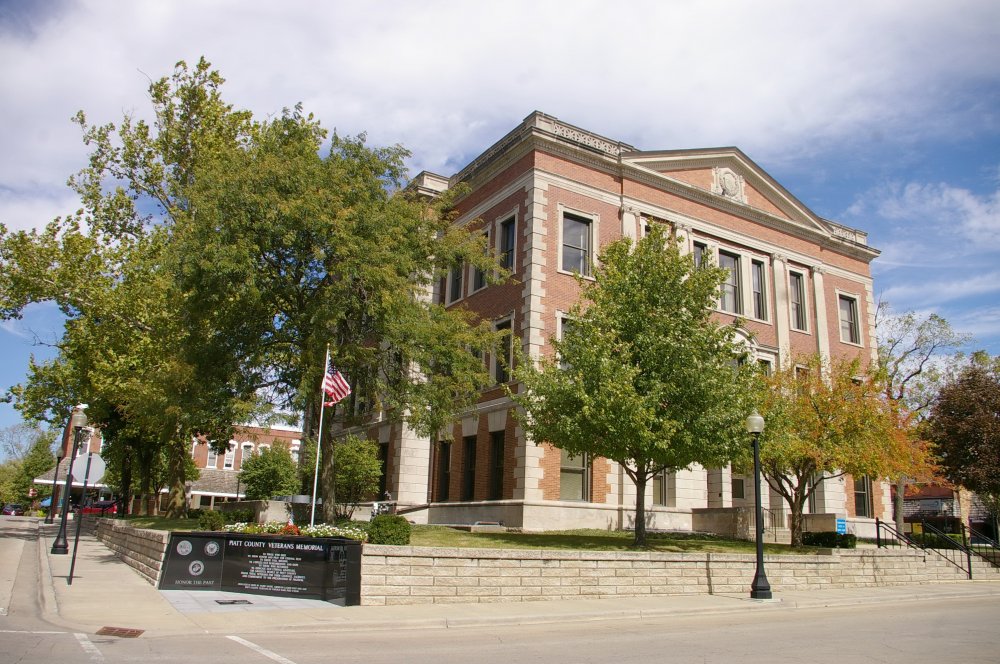 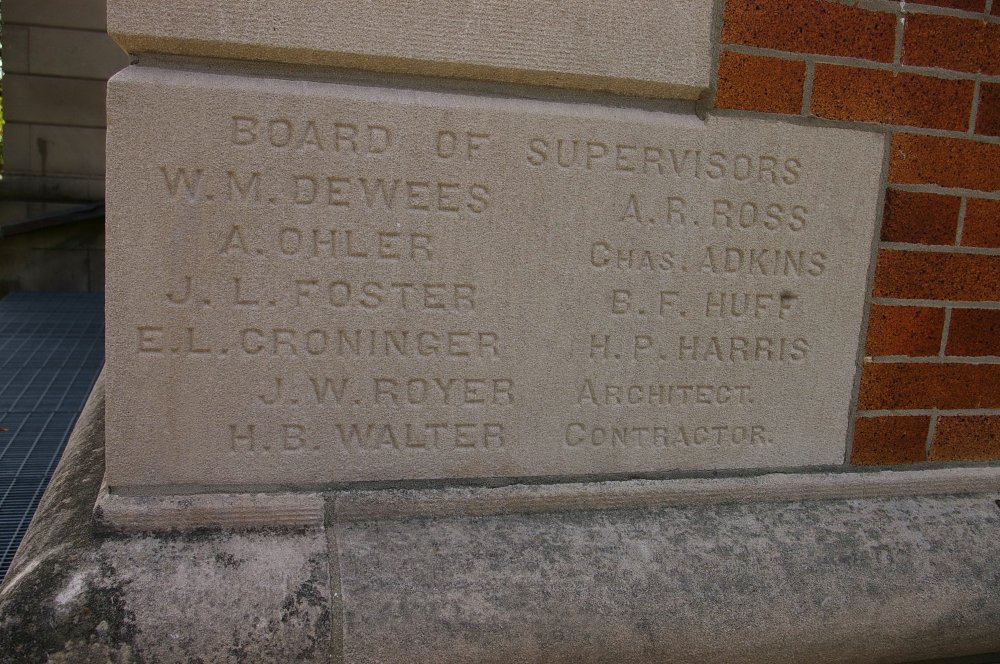 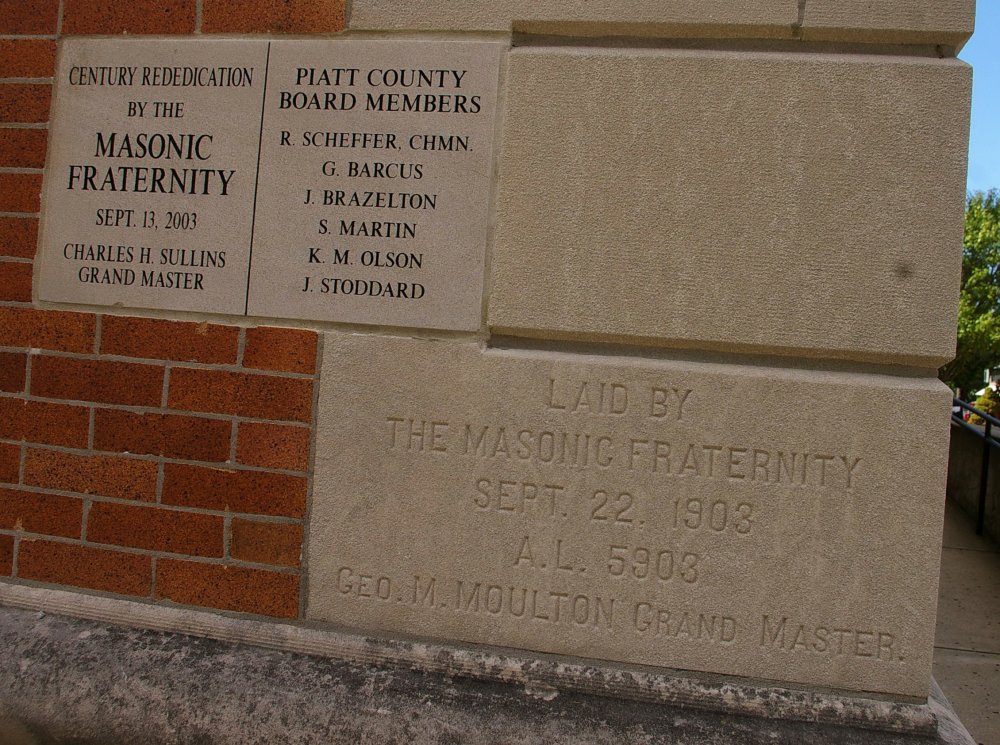 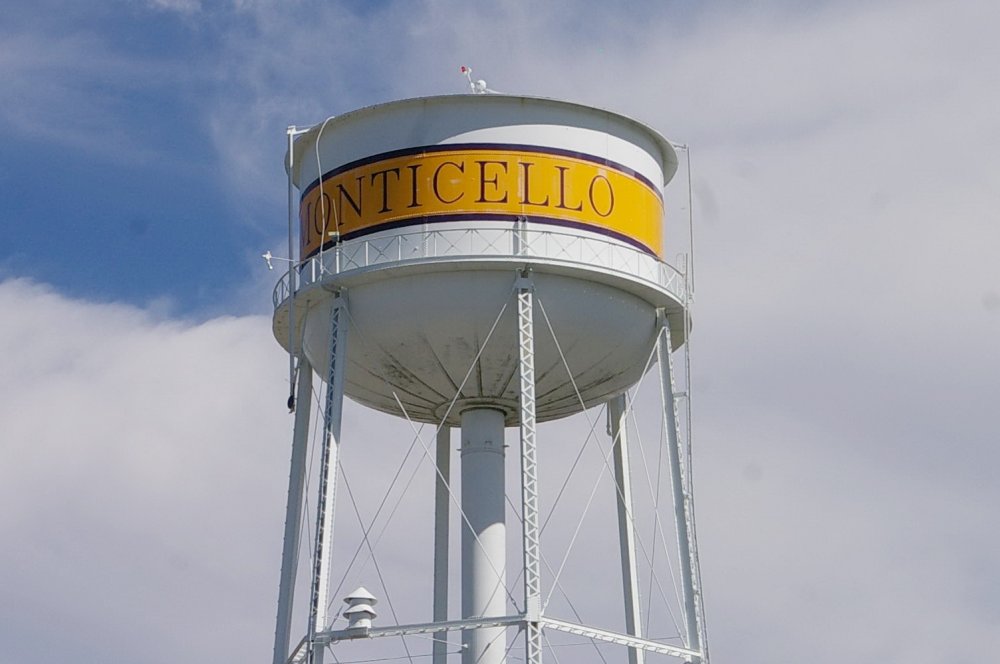