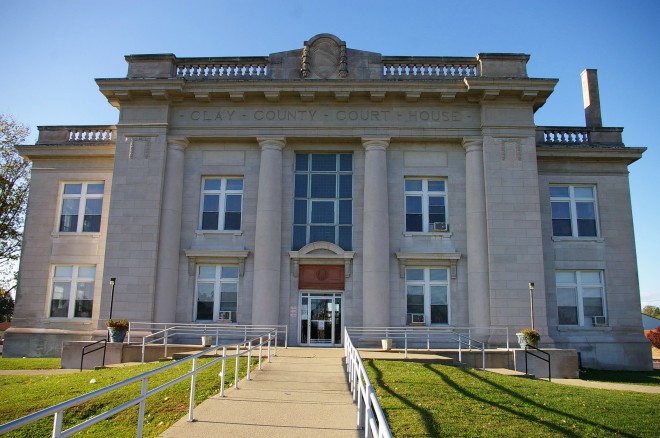 Clay County is named for Henry Clay, who was an American statesman, United States Senator and Congressman from Kentucky 1806-1852, U.S. Secretary of State 1825-1829, three times Speaker of the House and three times candidate for president.

Description: The building faces north and is a two story gray colored limestone and concrete structure. The north and south wings extend from the main building and have two large columns framing the recessed entrance on the first story. Around the roof line is a balustrade. On the first story, double-doors on the southeast corner of the lobby open to the Circuit Courtroom. The judge’s bench, witness stand and desk are on a raised platform on the northeast wall. The grand staircase on the north wall leads to a narrow lobby, running east on the second story. The courtroom has coffered ceilings with a stained glass skylight in the center. The building houses the County Circuit Court of the 4th Judicial Circuit. 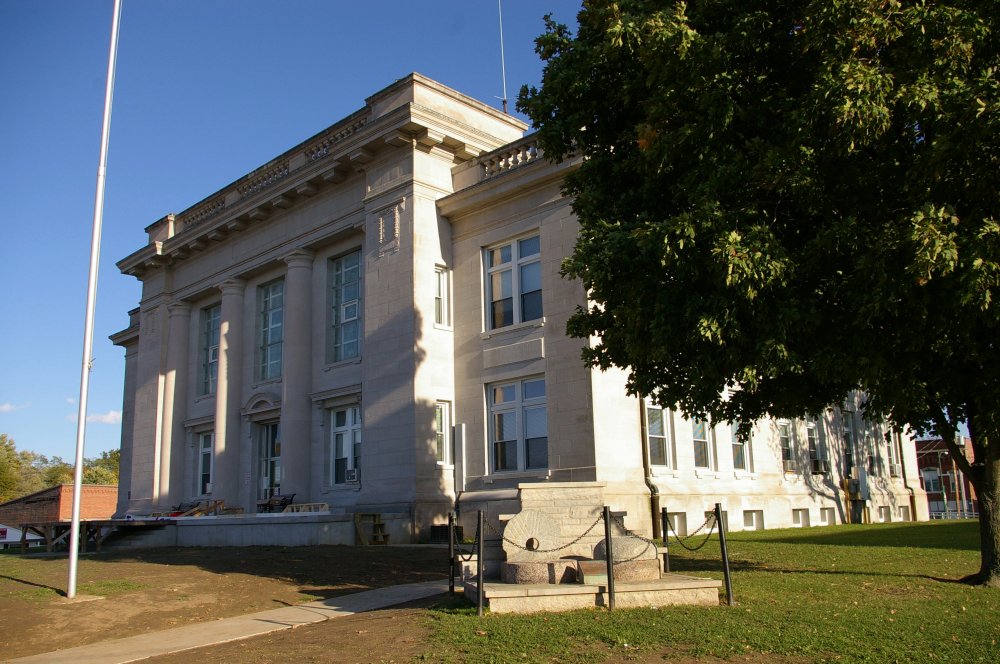 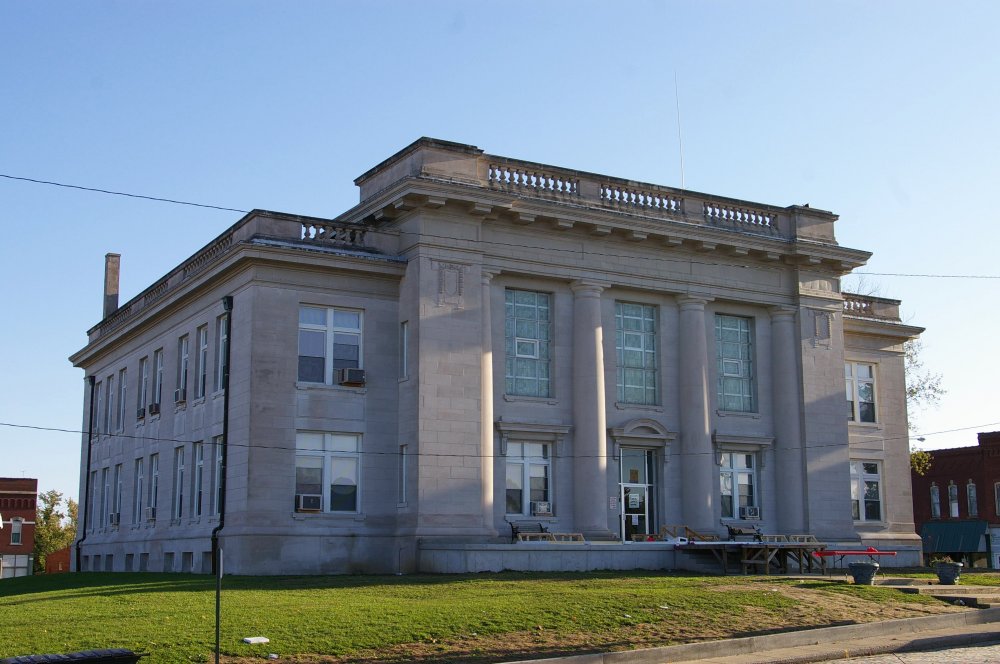 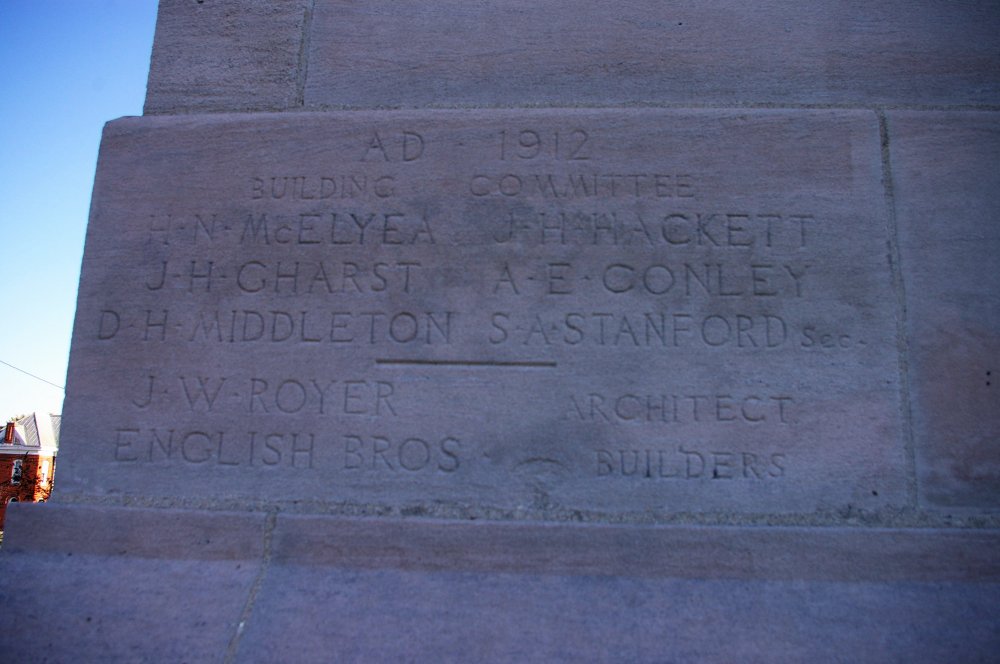