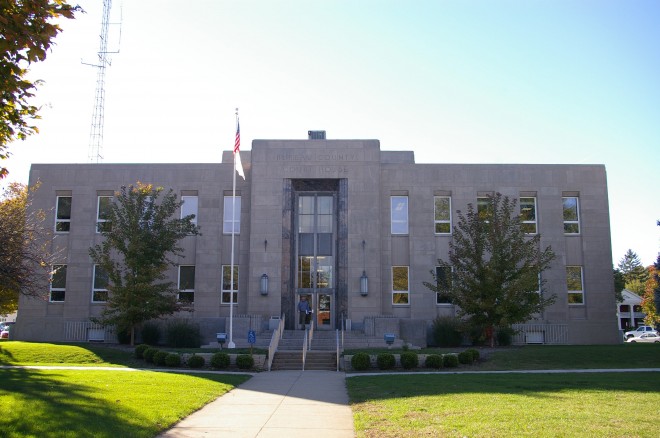 Bureau County is named for Pierre de Bureau, who was a French trader with the Indians.

Description: The building faces east and is a two story light brown colored limestone and concrete structure. The building is located on the landscaped grounds of the Courthouse Square in the center of Princeton and is faced with polished limestone. The center of the east front of the square shaped building extends from the main building and has a square two story arch with recessed glass windows over the entrance doors. The roof line is flat. The building houses the County Circuit Court of the 13th Judicial Circuit.

History:  The county was created in 1837 and Princeton was selected as the county seat. Hampshire Colony Congregational Church on the southeast corner of the Courthouse Square was used for county business until the first courthouse was built by Alvah Whitmarsh in 1845. The courthouse was expanded with an addition built in 1866. The second and present courthouse was constructed in 1936 to 1937. 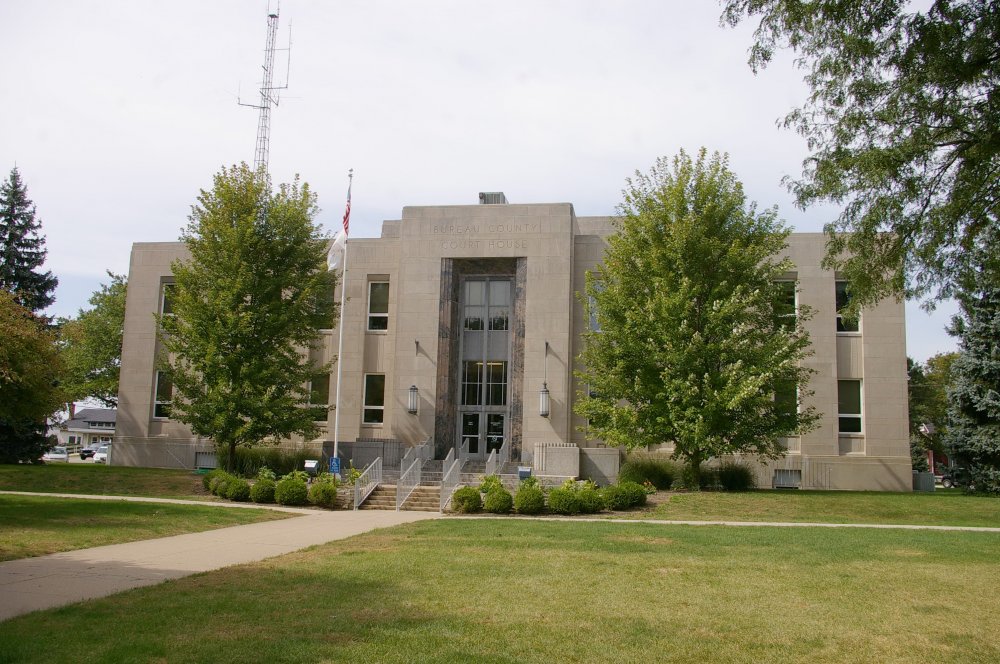 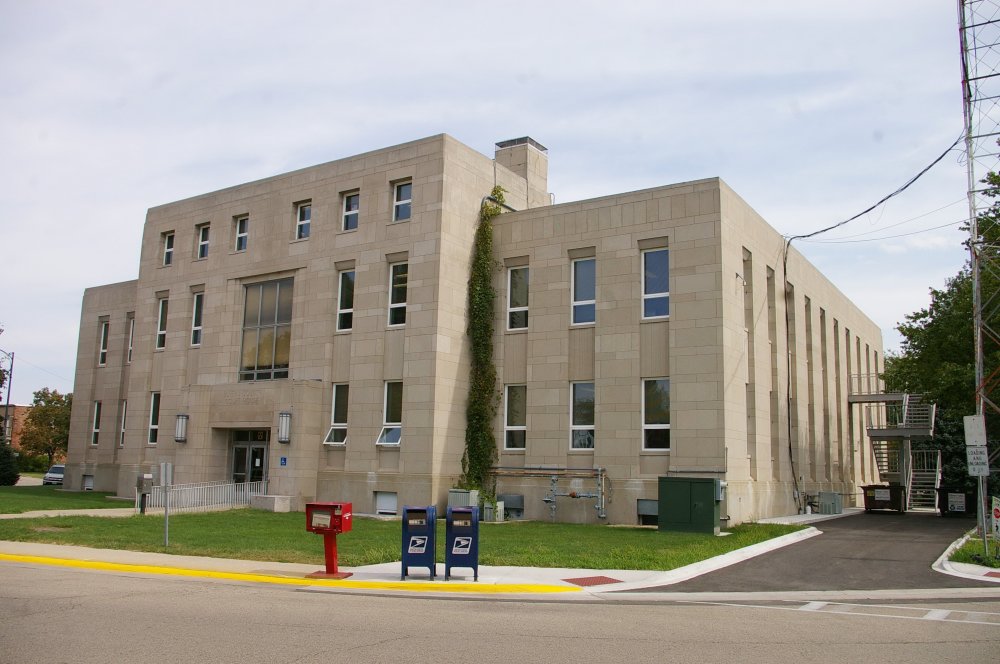 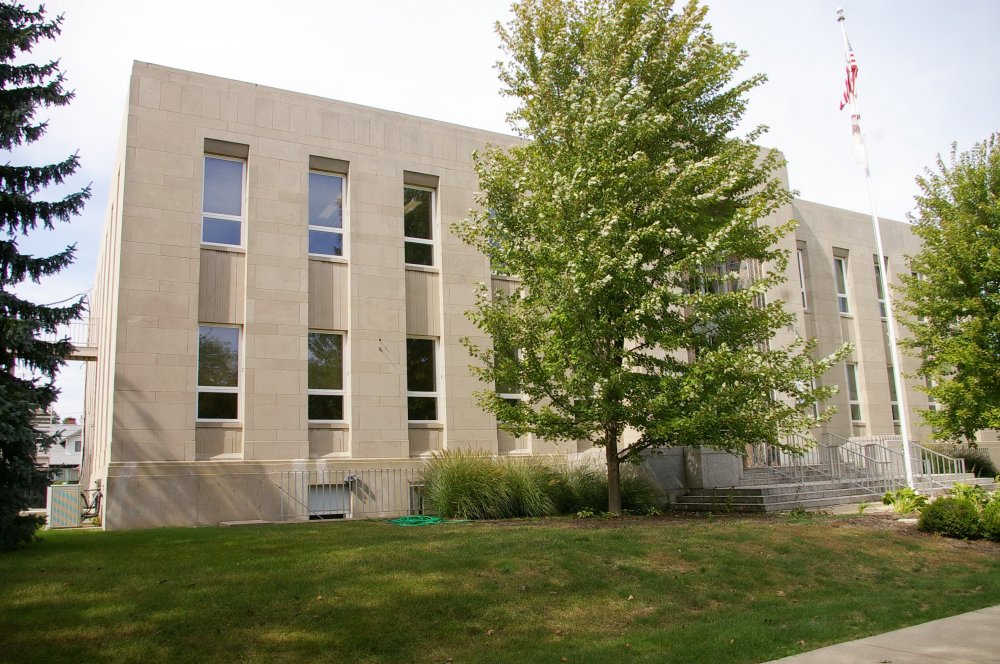 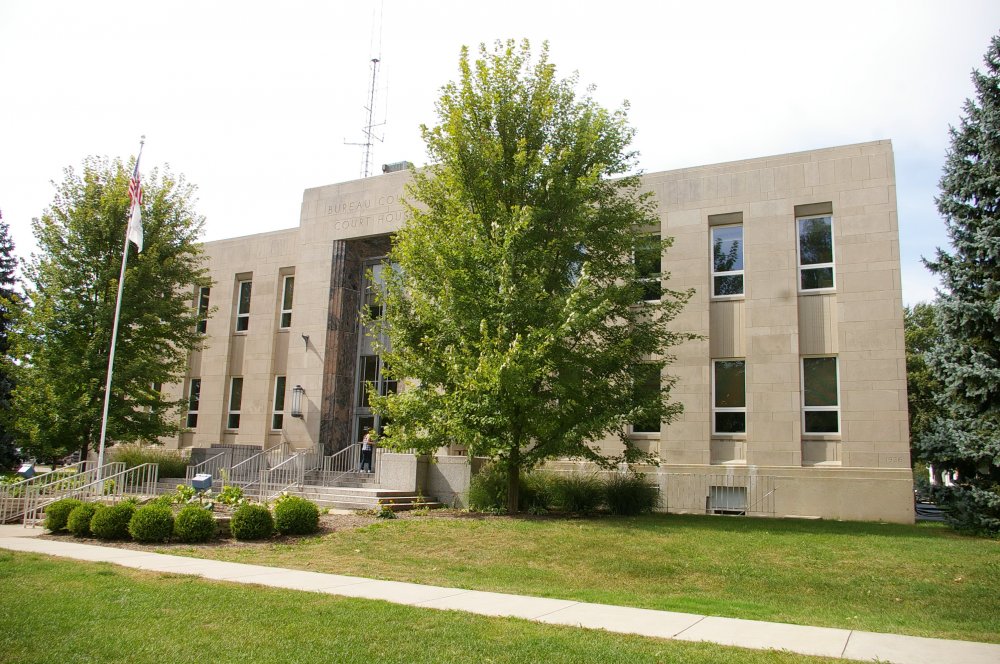 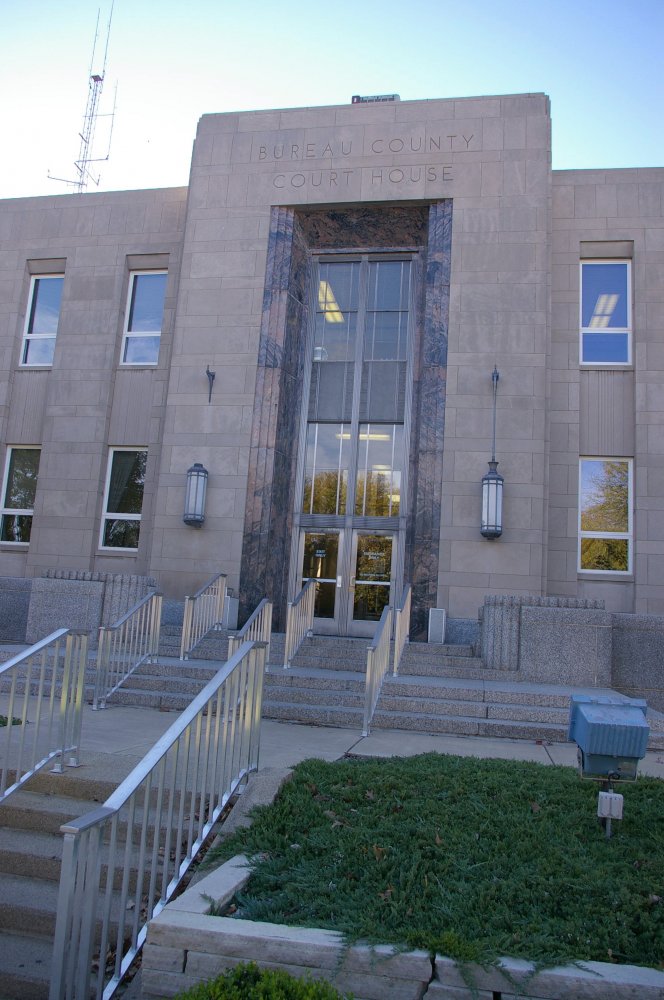 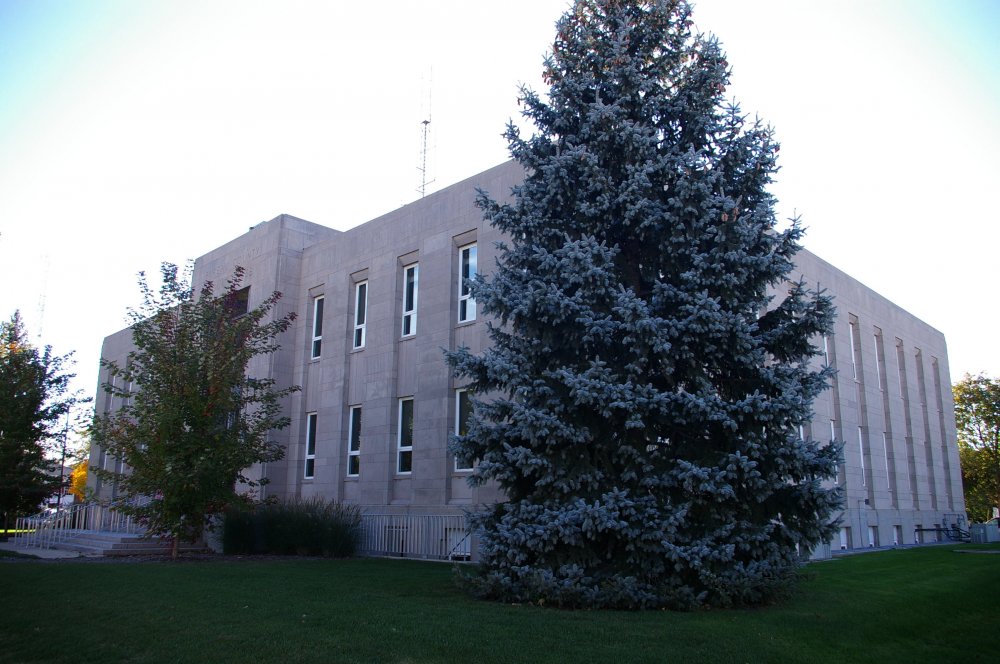 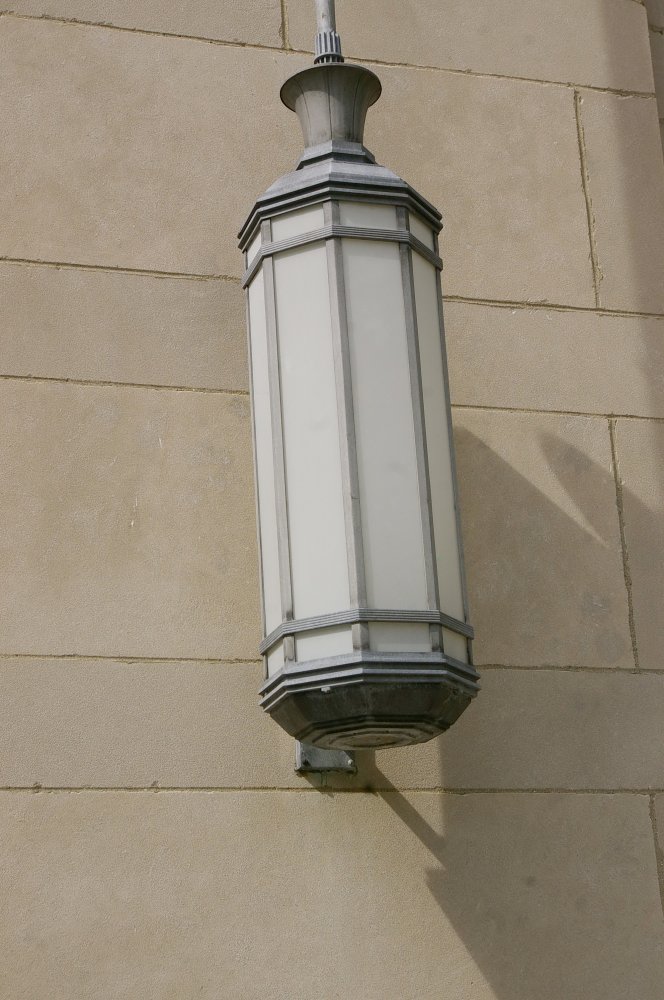 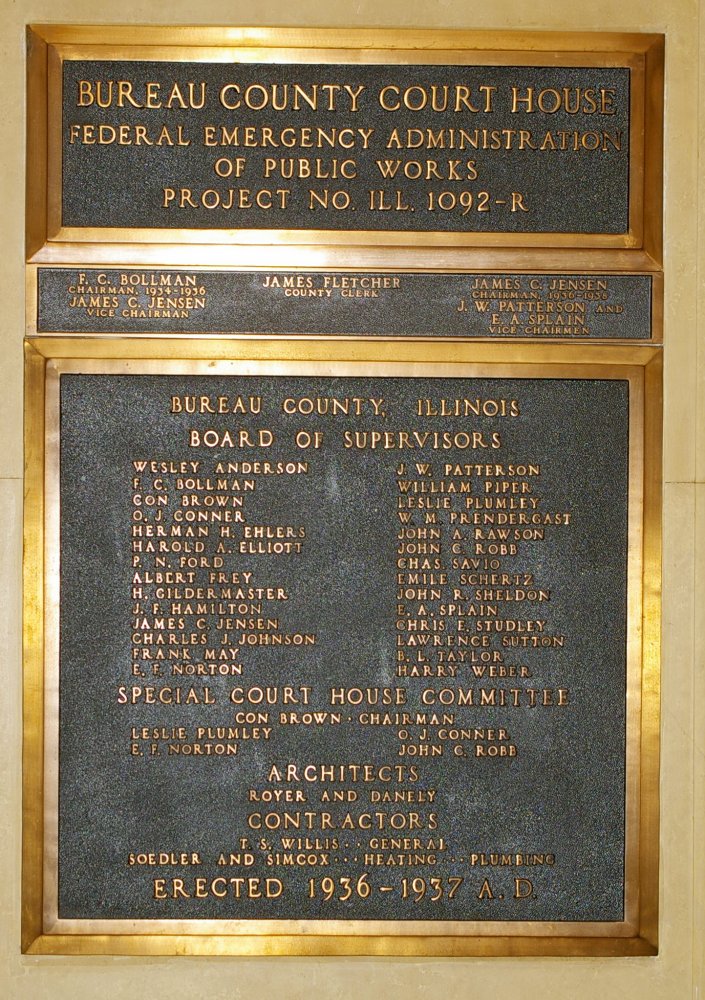 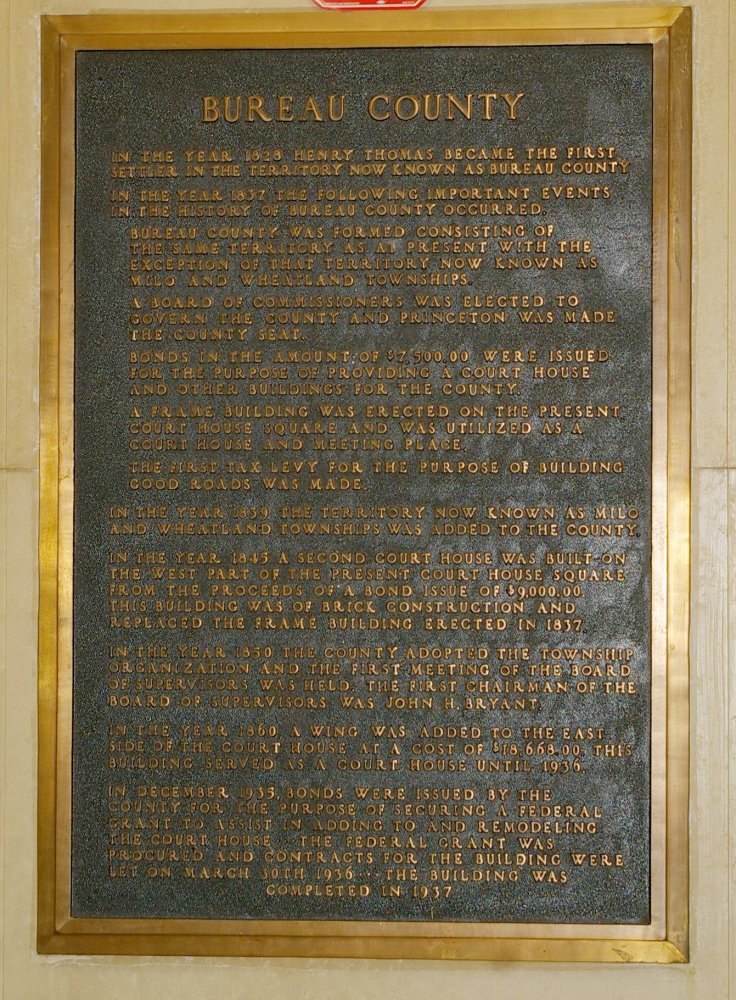 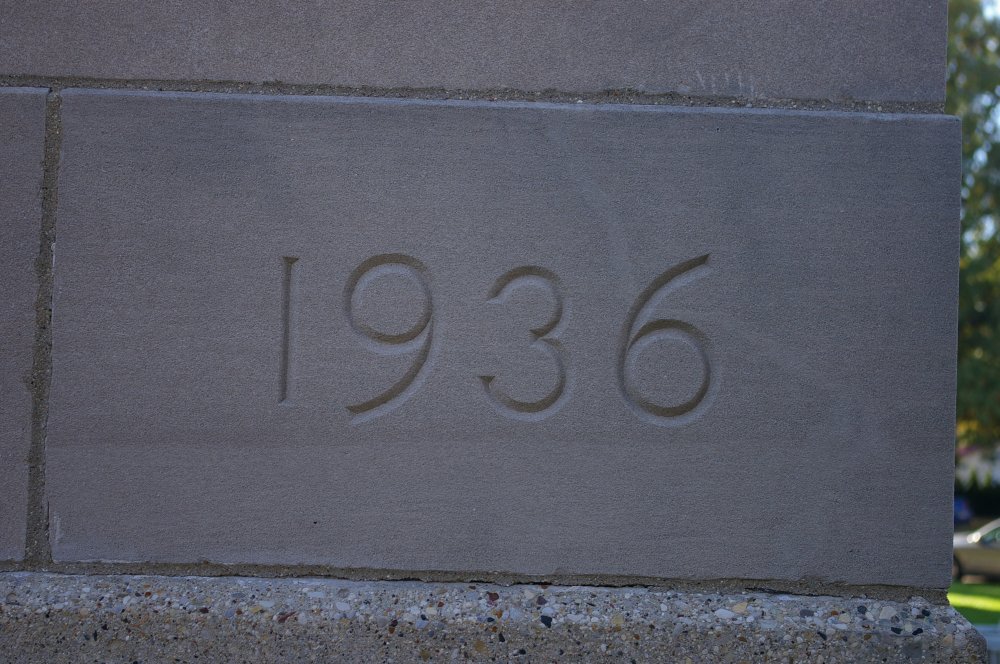