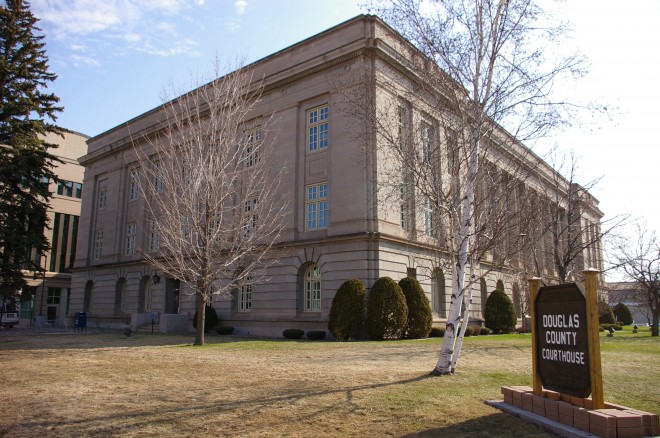 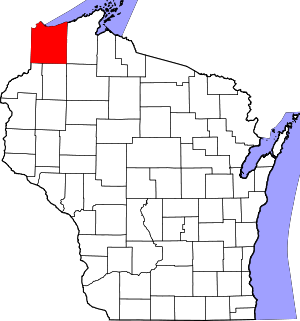 Description:  The building faces south and is three story tan colored Bedford limestone, steel and concrete structure. The rectangular shaped building is located on landscaped grounds in the center of Superior. The building is constructed with Bedford blue cut stone and Pavanazza marble. On the first story the stone facing is horizontal with arched windows. Along the south front are eight stone Ionic columns rising from the second to third story. On the parapet, two large panels feature griffins and shields. A wide stone trim surrounds the flat roof line. In the interior, three stories of offices and courtrooms are organized around a multi-storied light court in the center of the building, with balconies on the upper stories overlooking the space. At either end of the court, double stairs leading to a single flight rise between the floors. Encased with marble, the stairways are ornamented with metal spoke-like panels between the marble rails. The floors of the lobby feature a variegated tile surface, and the walls of all three stories (as well as the entry vestibules and the corridors leading off the light court) are wainscoted in the same marble. A variety of decorative panels, moldings, and inlays enrich the walls. Illuminating the interior court, leaded glass skylights, ornamented with stained glass, are set within the paneled ceiling, with decorative bosses at the intersection of the ribs. The building houses the County Circuit Court of the 10th Judicial Circuit. On the north side is the County Administration Building.

History:  The county was created in 1854 and Superior was selected as the county seat. The first courthouse was a two story frame structure built in 1871 at 25th Avenue East and East Fifth Street. The second and present courthouse was constructed in 1918 to 1919 at a cost of $600,000. 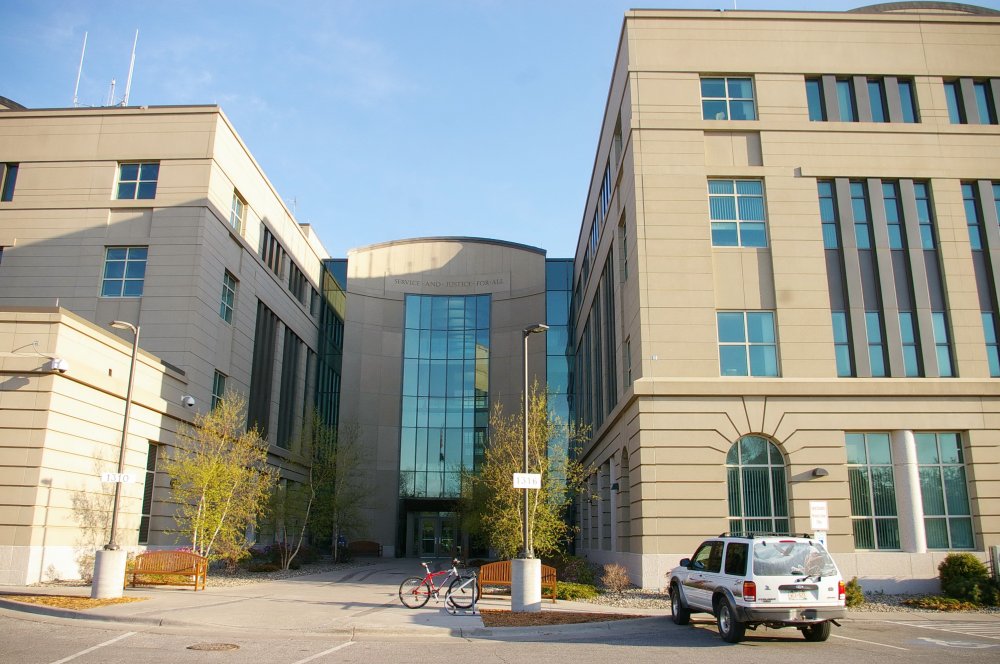 Description:  The building faces north and is a four story concrete and glass structure. The building is located on landscaped grounds in the center of Superior and is called the “Government Center” and is connected on the south side to the courthouse. There is a high center atrium with county offices on the east side and Superior City Hall offices on the west side. The north entrance is recessed and has a lerge glass section above the entrance. The roof line is flat. 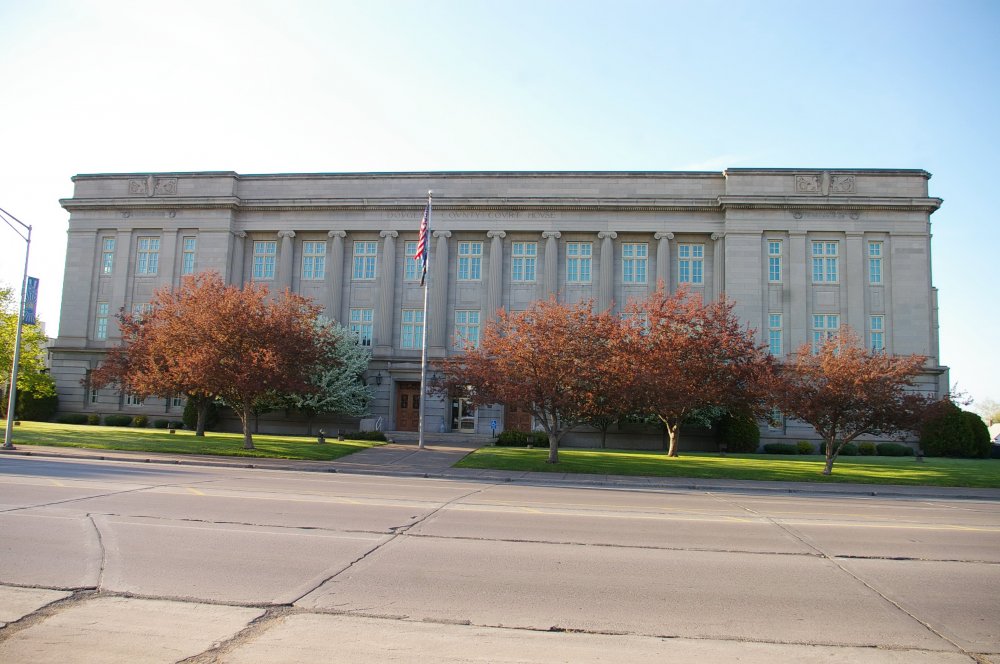 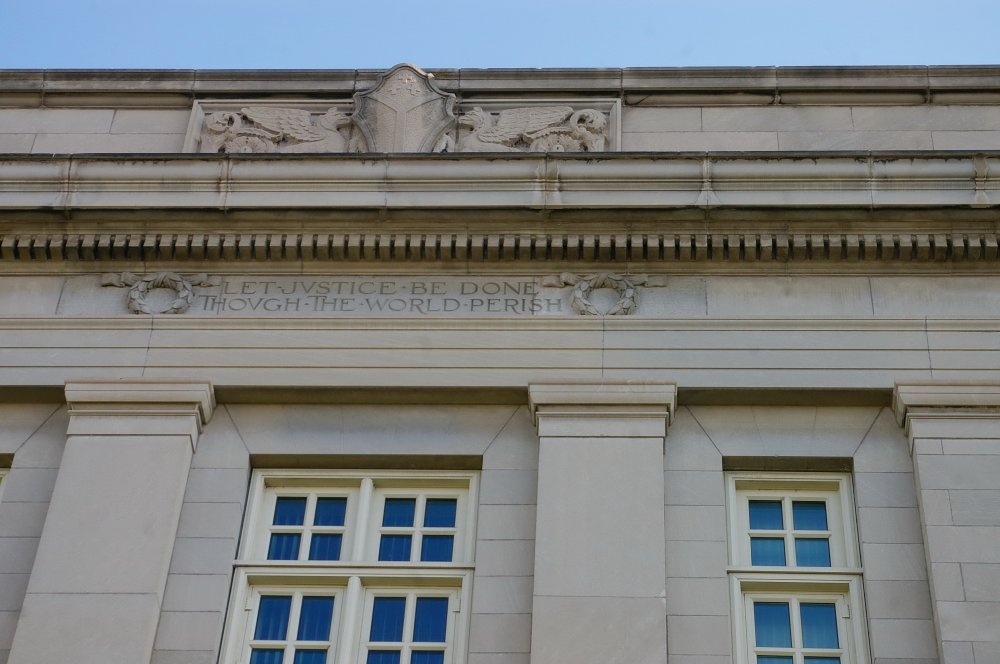 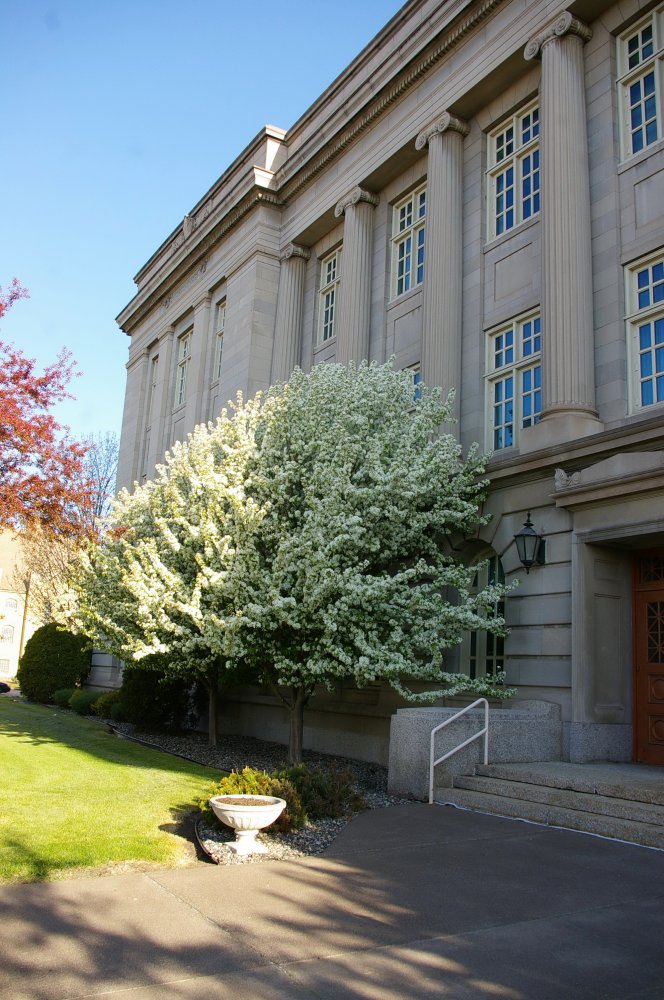 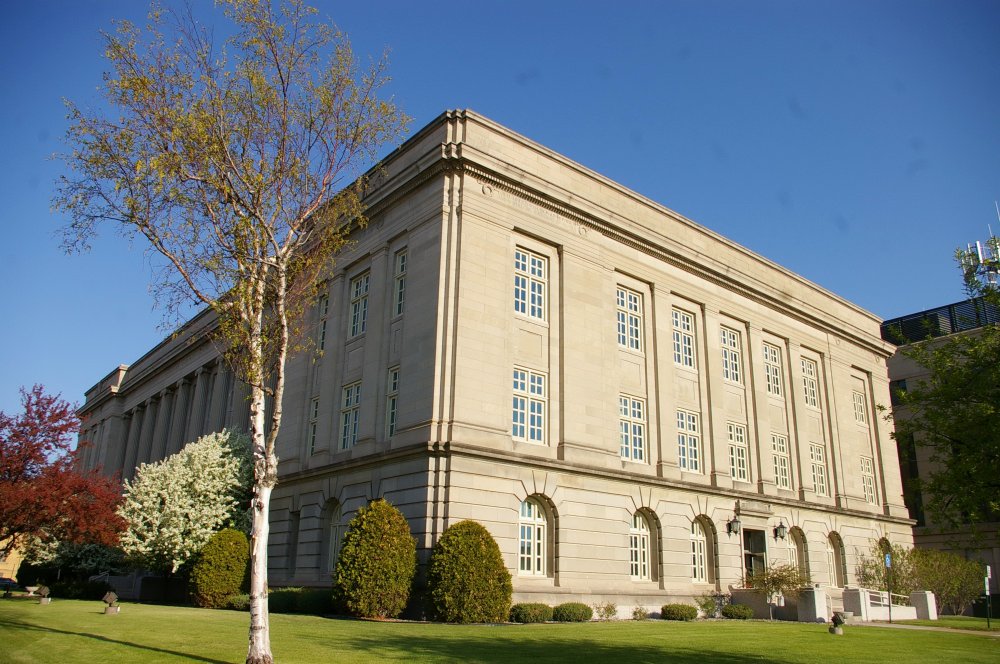 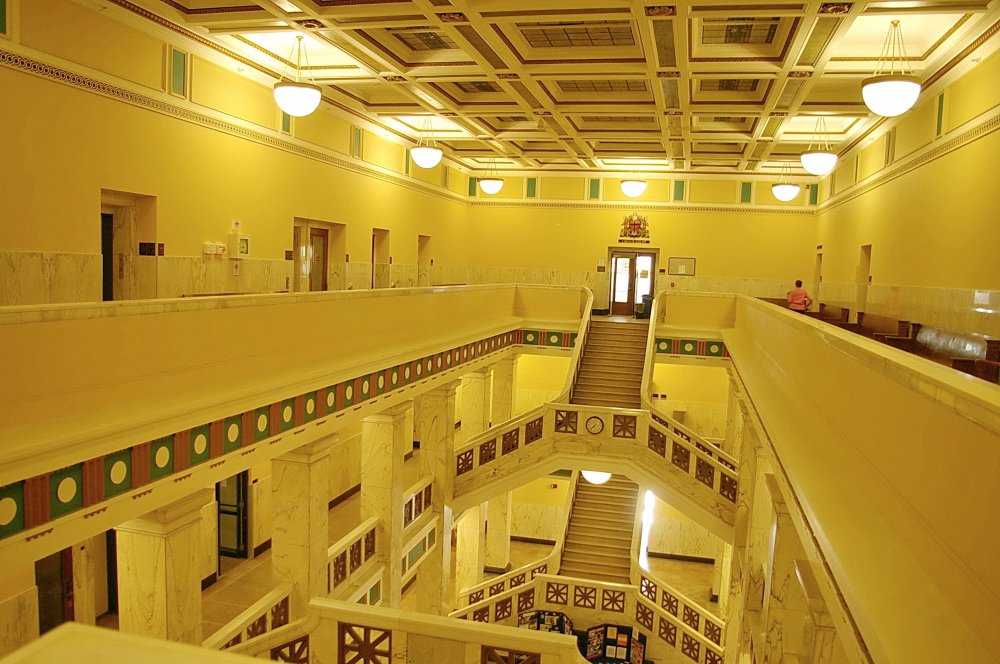 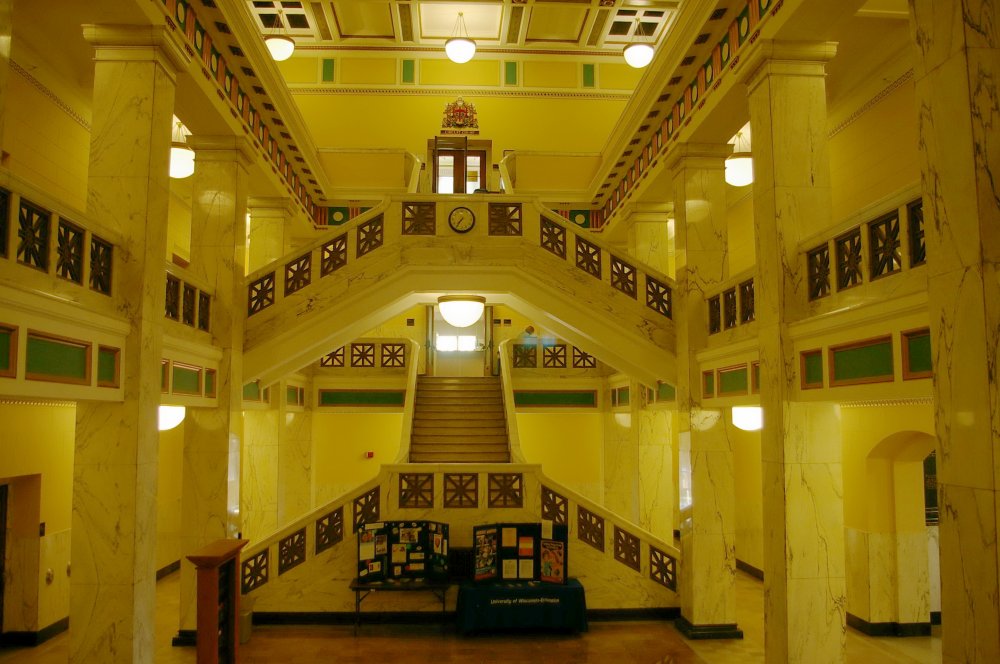 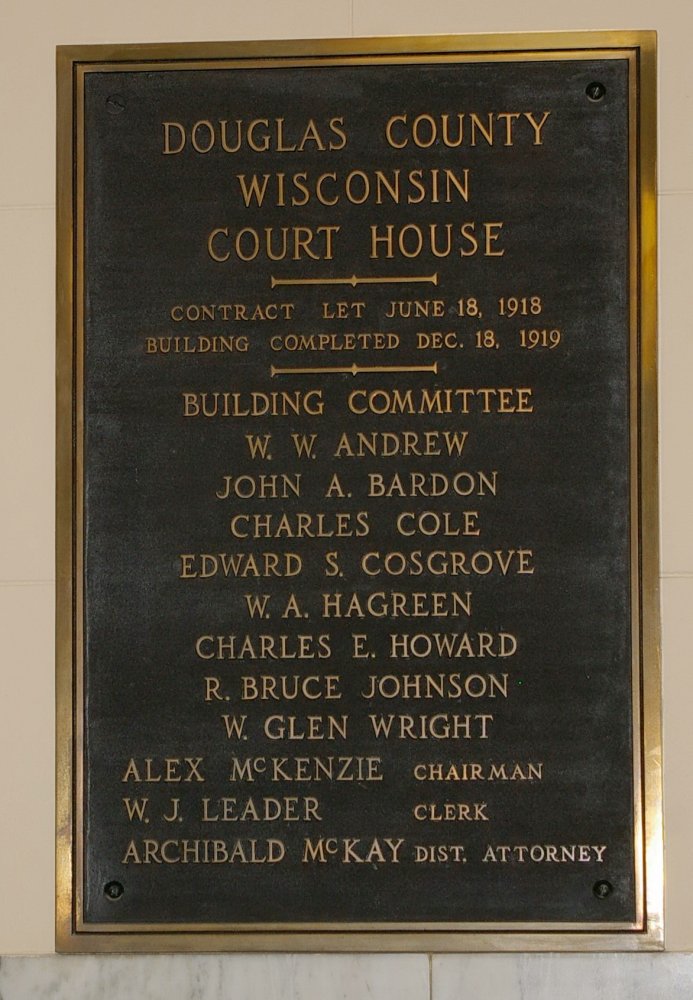