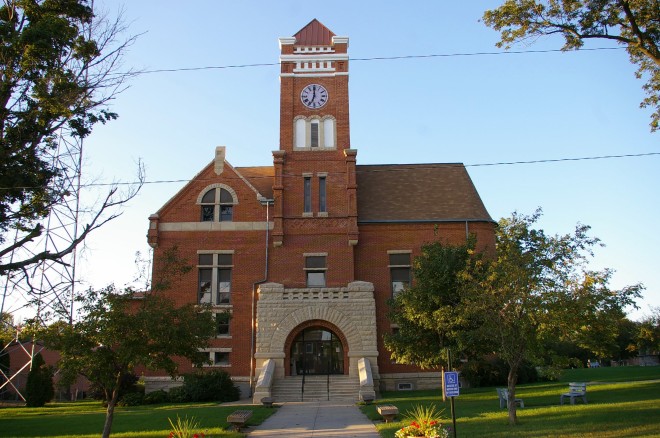 Tama County is named for any of several Native American chiefs or chief’s wives.

Description: The building faces south and is a two story red colored brick and stone structure. The building is located on landscaped grounds of the Public Square in the center of Toledo. The south front has a large white colored stone arch with recessed entrance. The west side rises to a peaked roof with third story window. A large square brick tower rises above the entrance and has a clock and four sized steep roof. The foundation is stone and the roof is corrugated iron. On the west side the walls rise to a peak at the third story. The courtroom is located on the second story. The building houses the County District Court of the 6 Judicial District. 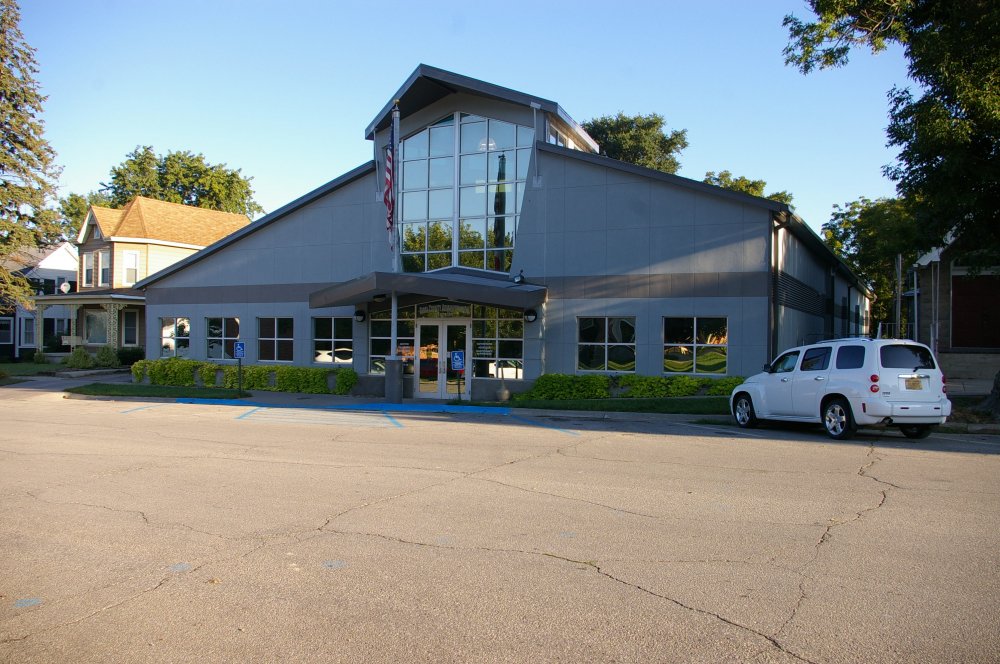 Description: The building faces south and is a two story gray colored cladding, glass and concrete structure. The building is located on landscaped grounds in the center of Toledo on the north side of the courthouse. The south front has a large window above the central entrance. 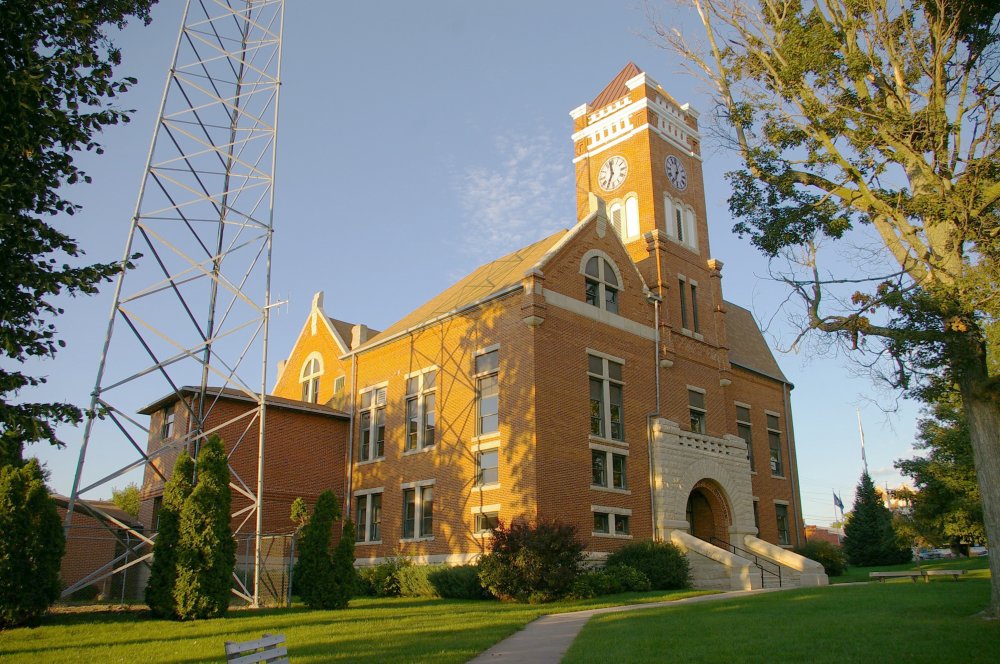 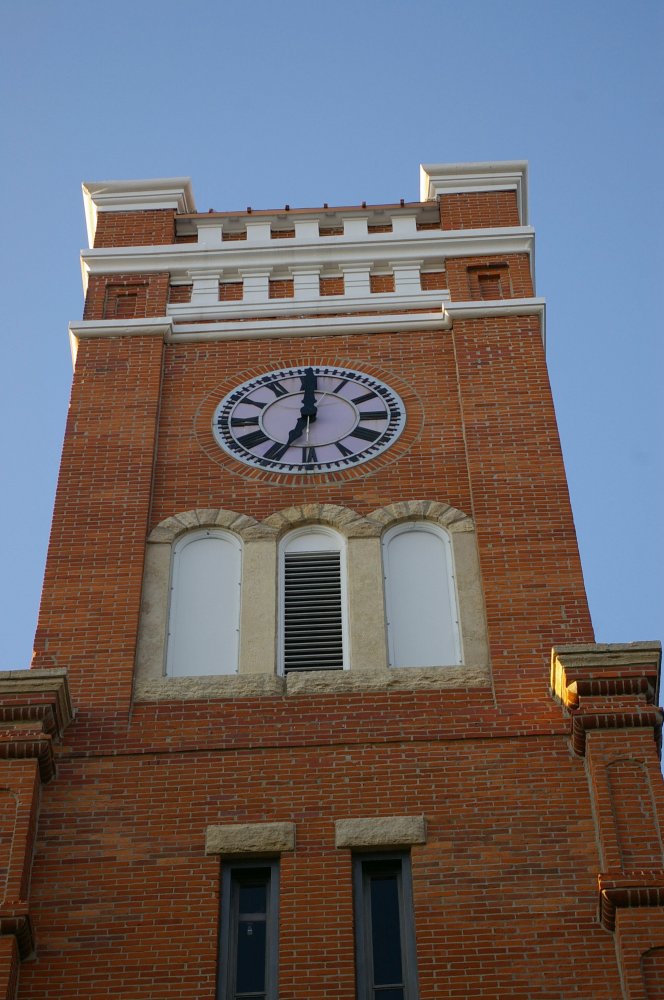 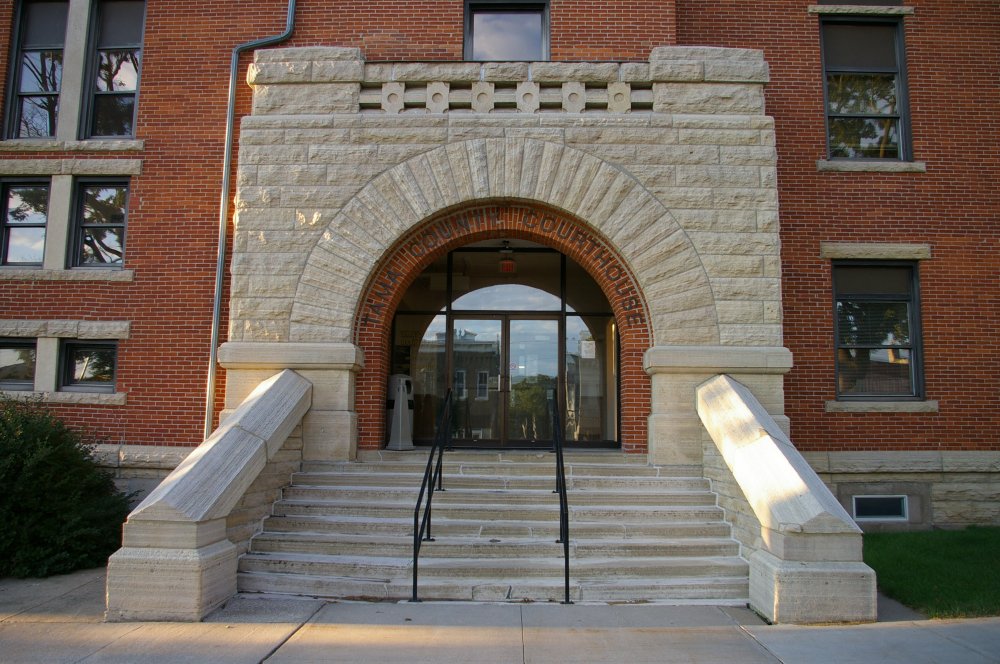 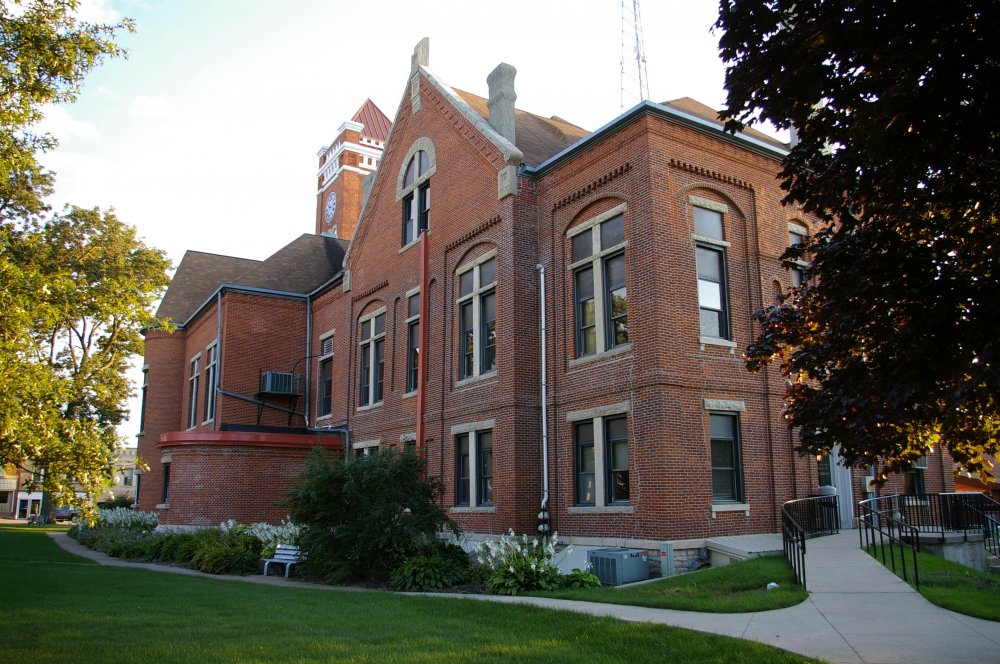 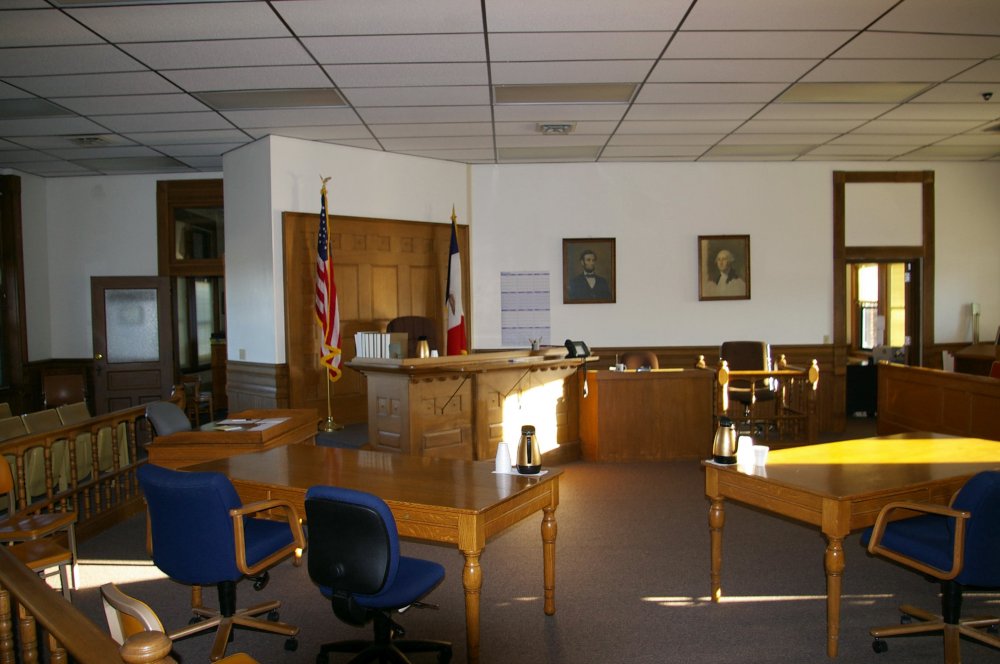 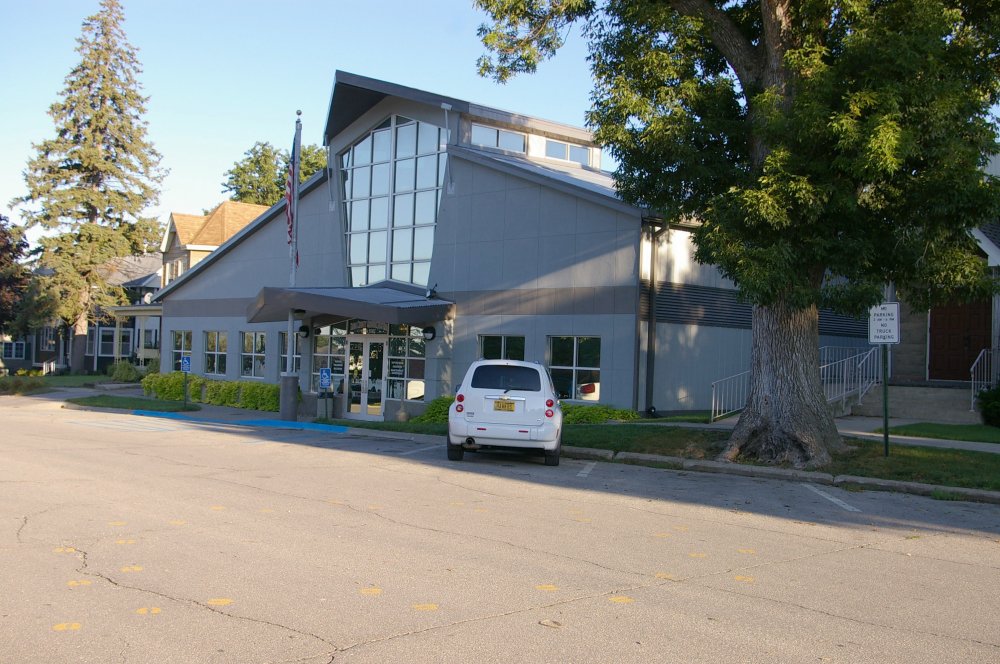