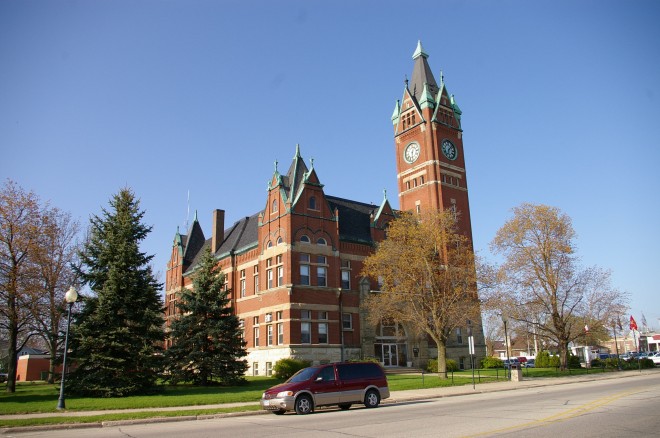 Description: The building faces north and is a two story red colored pressed brick and Bedford limestone structure. The building is located on landscaped grounds in the center of Manchester. The building has a limestone arch at the first story entrance. A high square brick clock tower rises at the northwest corner. A small but wider tower rises on the northeast corner. The foundation is course stone. The roof is steep. In the interior, the decorative metal ceilings on the first story and the elaborate woodwork are original to the building. The courtroom is located on the north side of the second story. The building houses the County District Court of the 1A Judicial District. 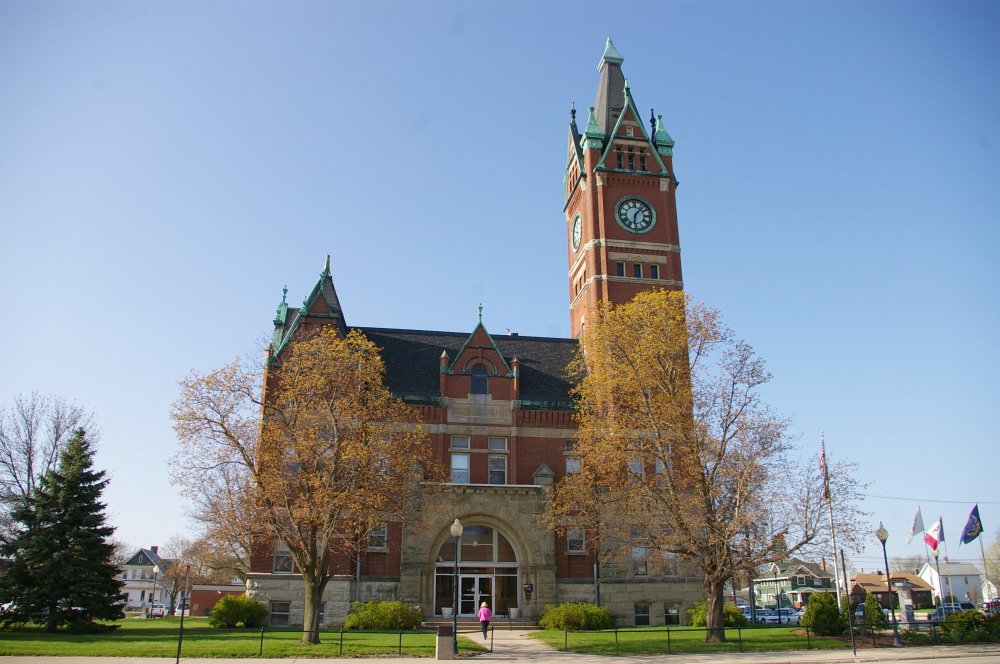 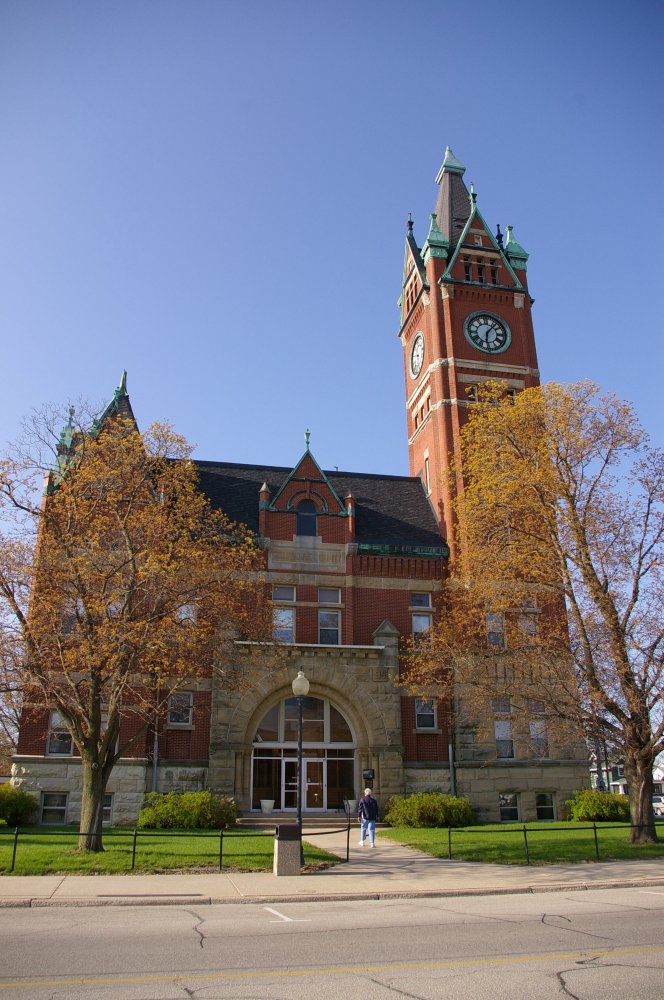 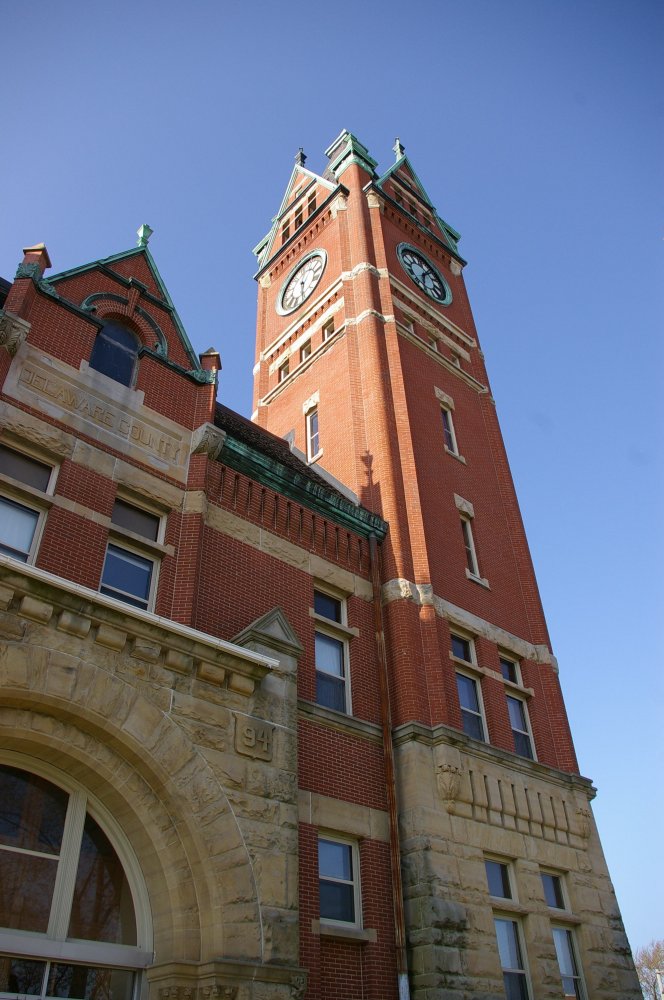 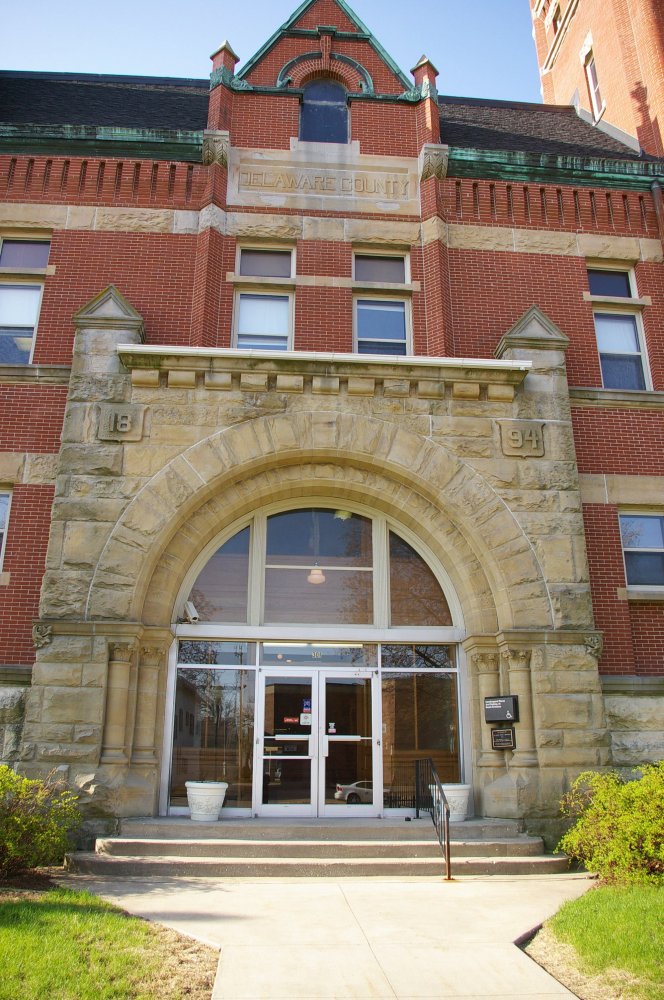 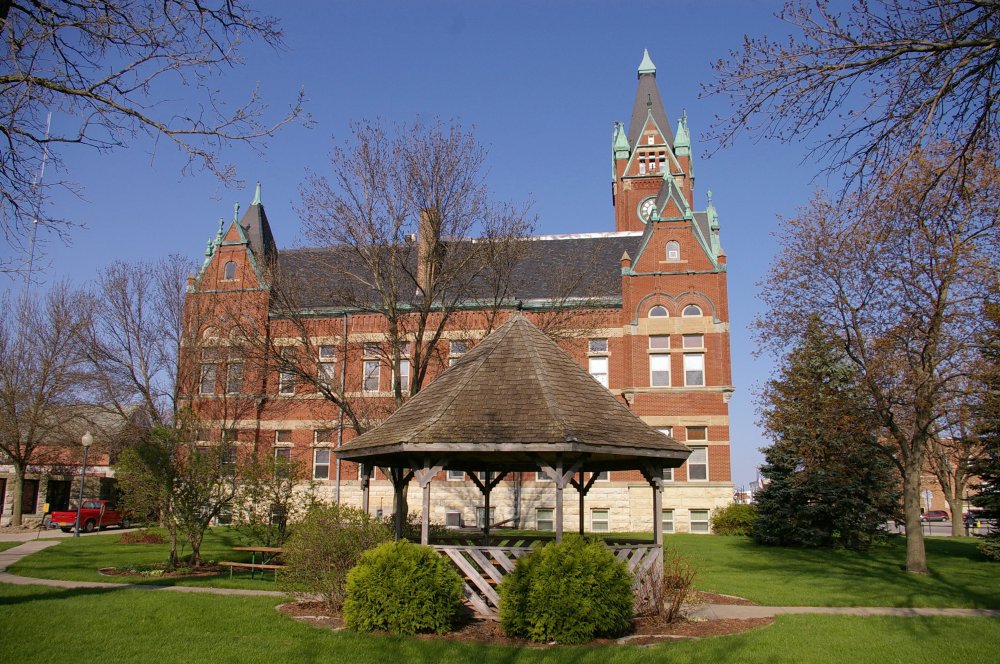 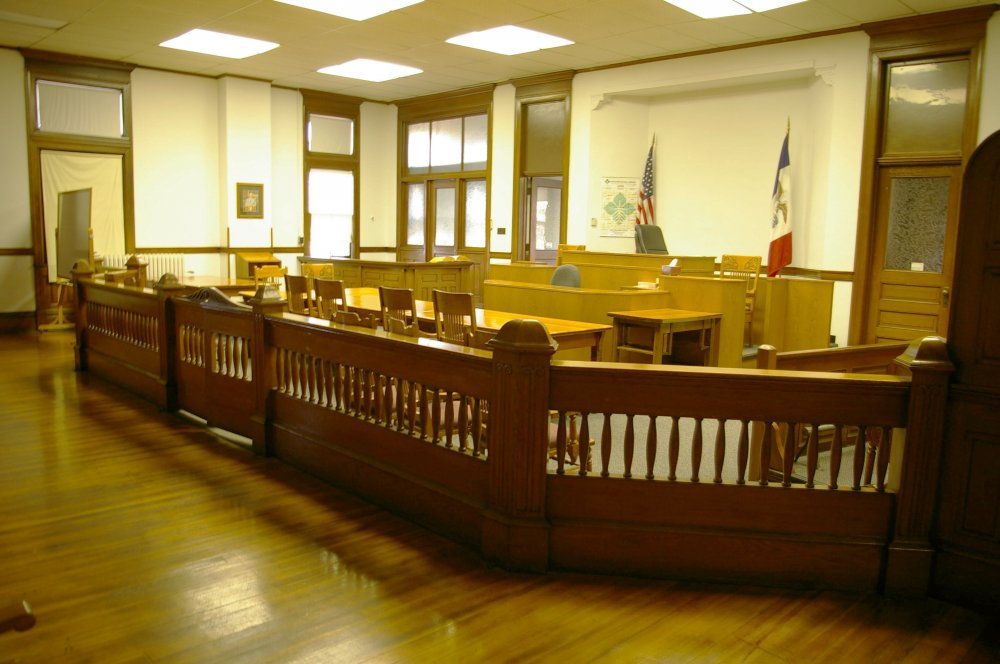 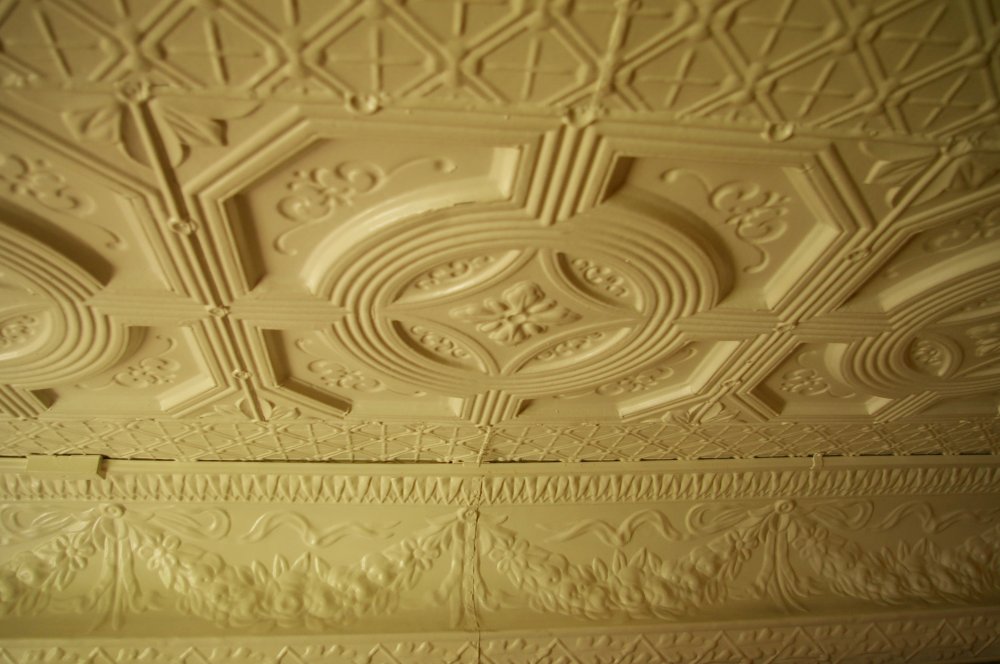 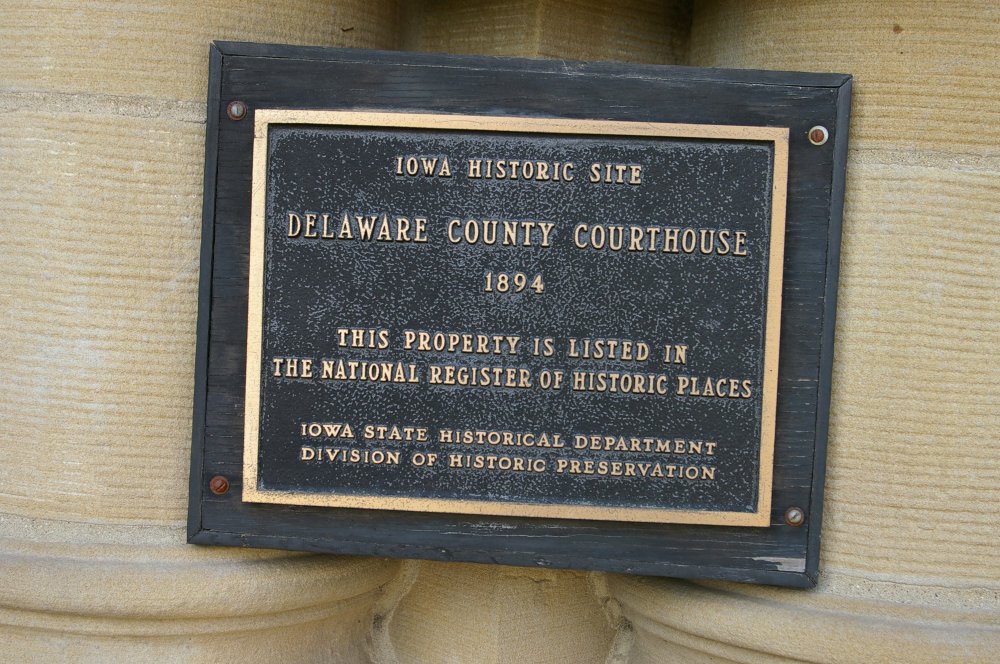