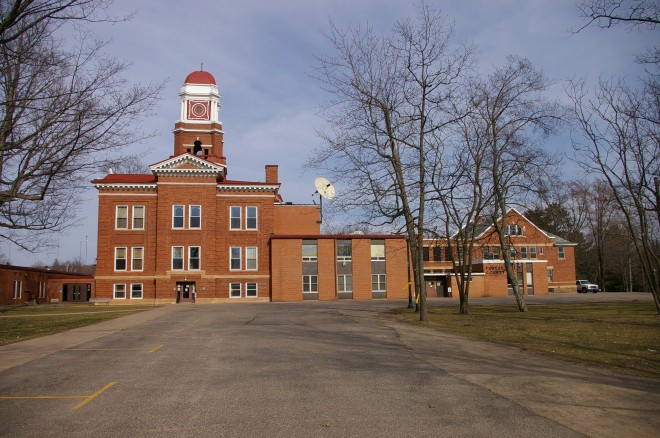 Forest County is named for the dense forest that covered the county.

Description:  The building faces west and is a three story red colored brick and concrete structure. The building is located on spacious landscaped grounds in the center of Crandon. On the center of the roof is a square red colored brick cupola with white colored wood top and red colored roof. The building has Kasota Stone tiling. The center portion of the building projects from the main building. White colored trim is around the roof line. In the interior is a central octagonal shaped rotunda rising into the tower. The building houses the County Circuit Court of the 9th Judicial Circuit. The superintendent was Gus Horn. On the south side is a modern brick addition built in 1966. A one story addition was constructed on the north side in 1978. The Law Enforcement Center was built on the south side in 1997.

History:  The county was created in 1885 and Crandon was selected as the county seat in 1885. Ayr was the first settlement and later became Crandon, Samuel Shaw erected a building to rent to the county. Later the building was occupied by Pooler’s barber shop. The County Jail and Sheriff’s Residence was built in 1910 at a cost of $25,000. The first and present courthouse was constructed in 1909 to 1912. 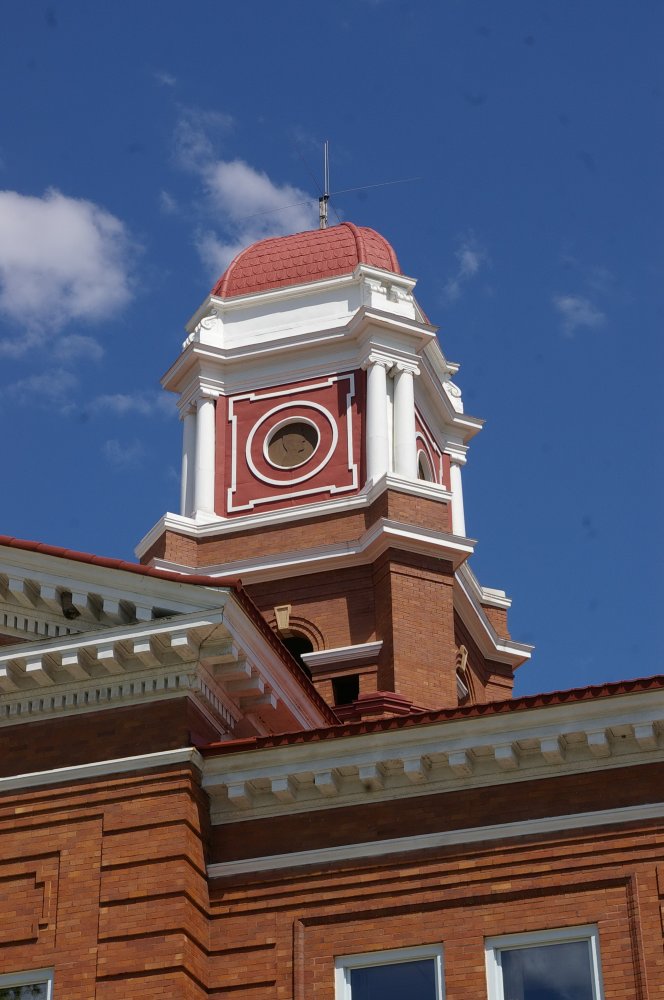 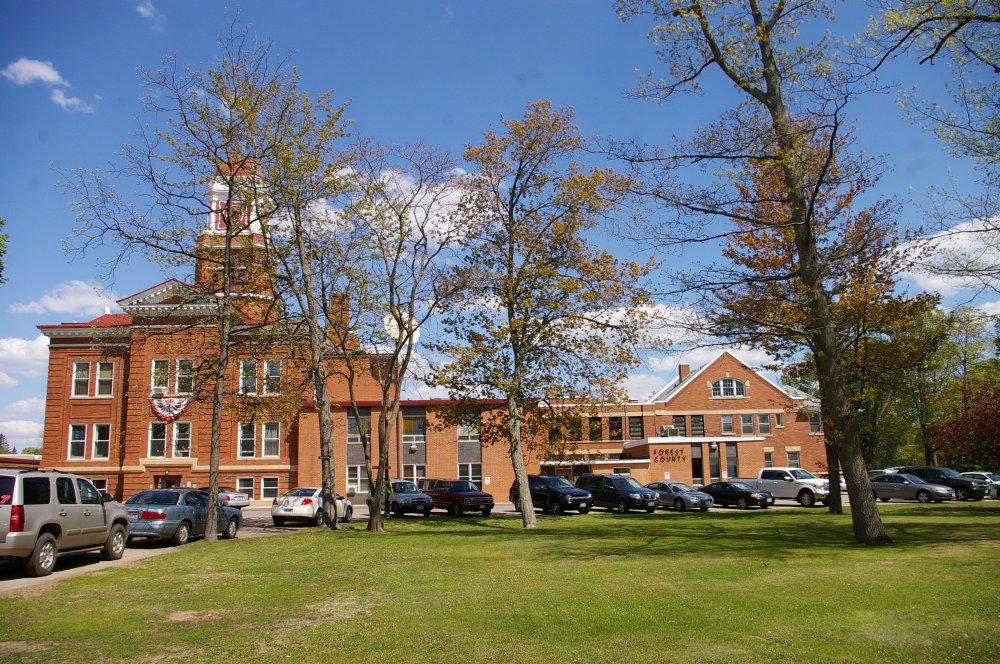 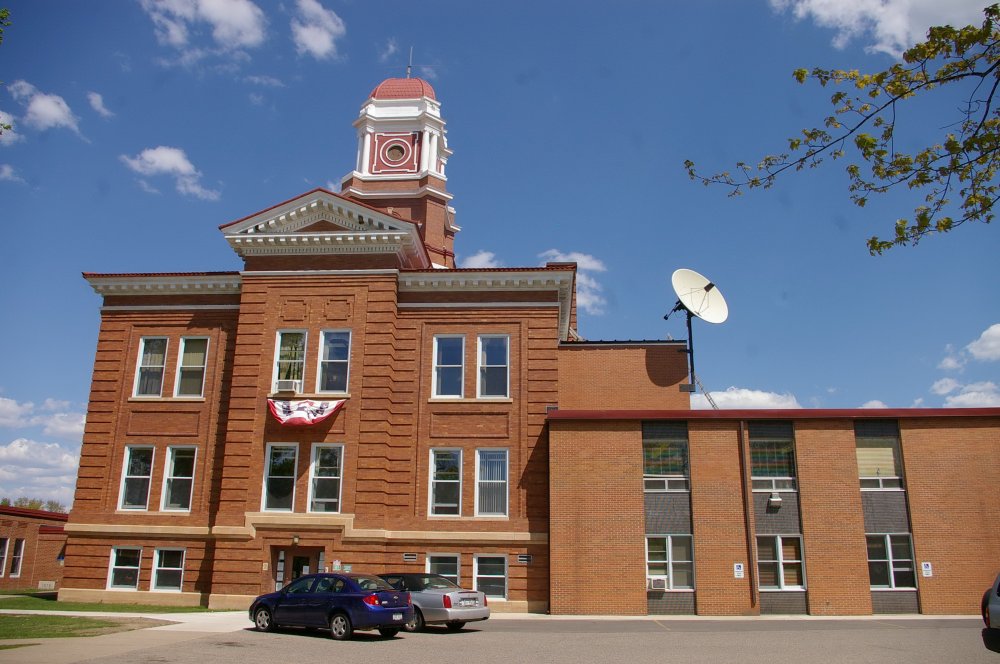 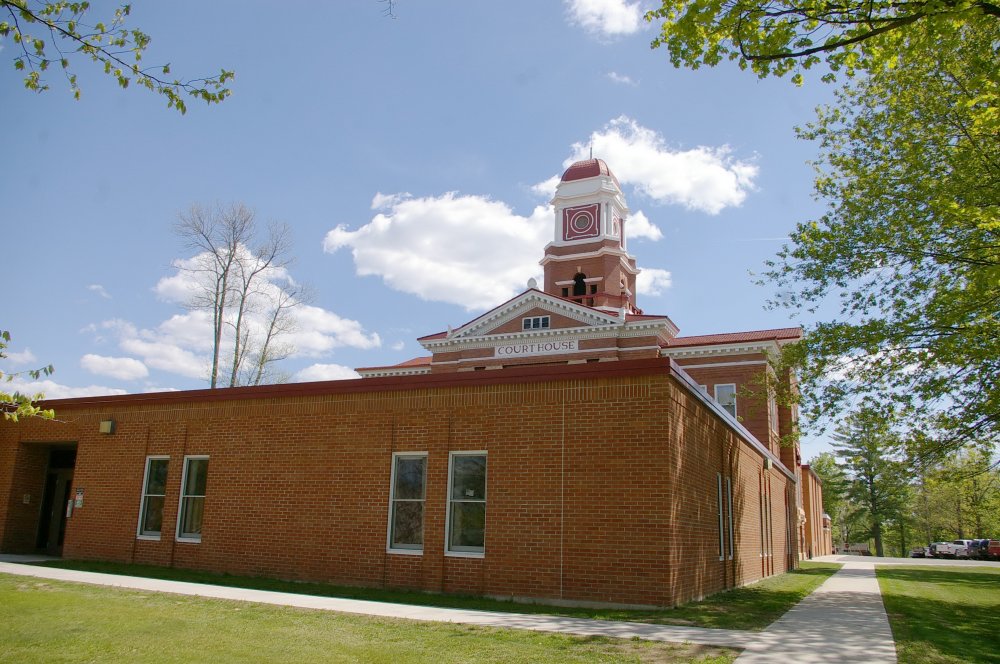 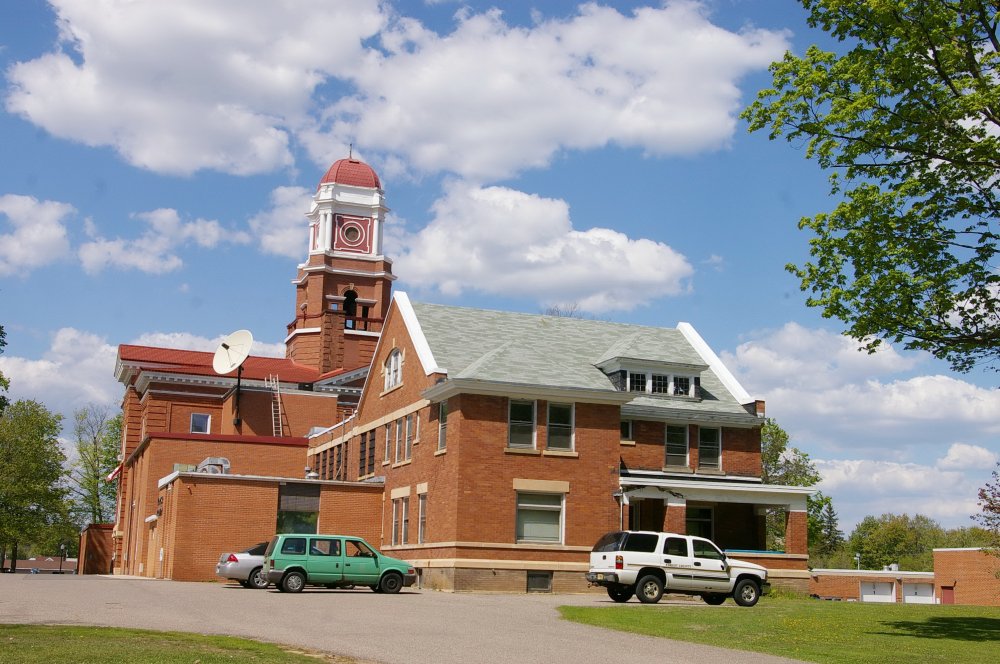 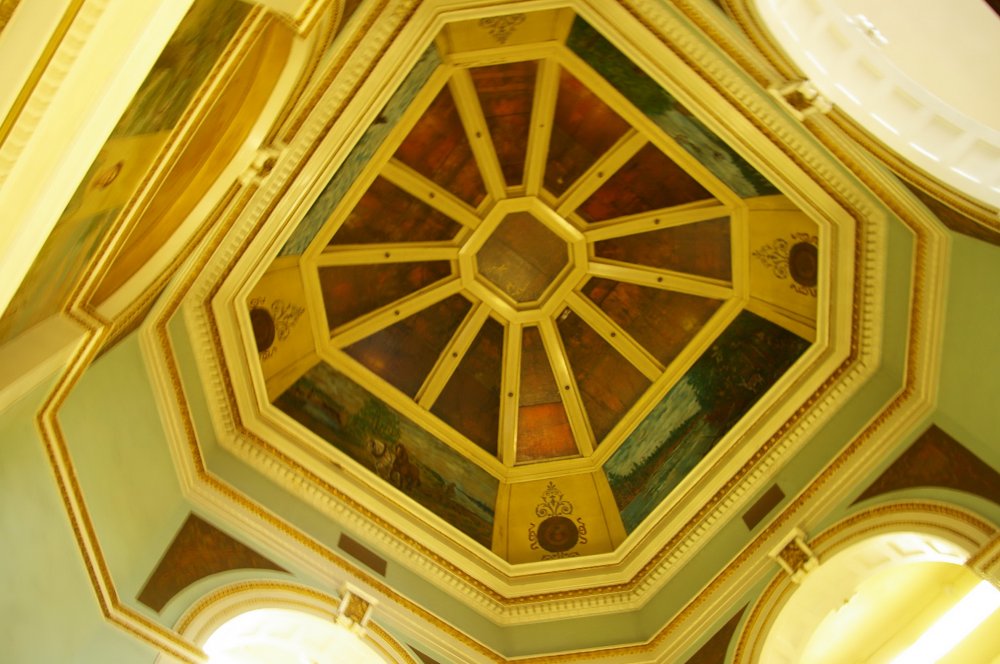 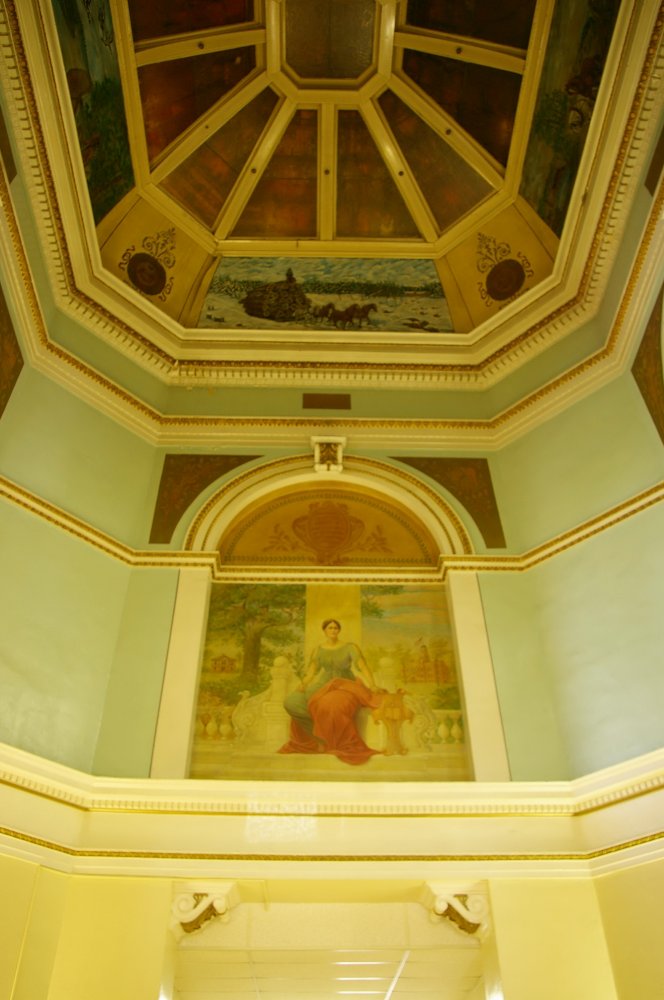 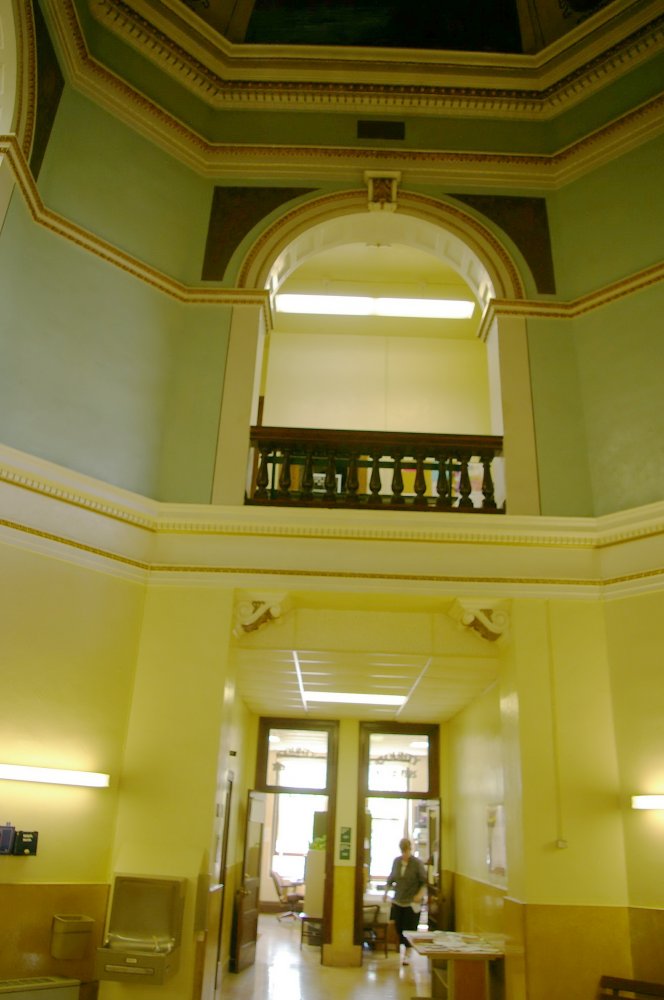 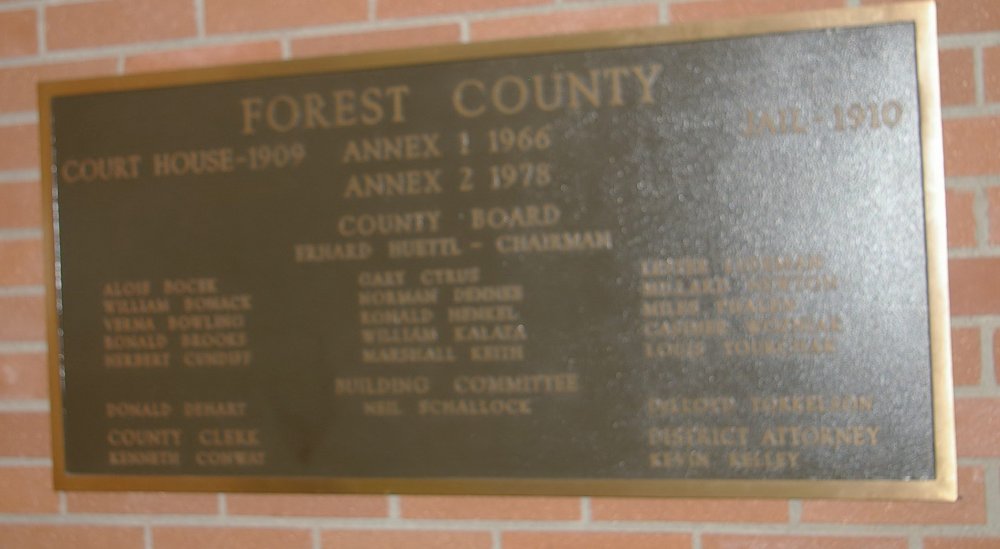 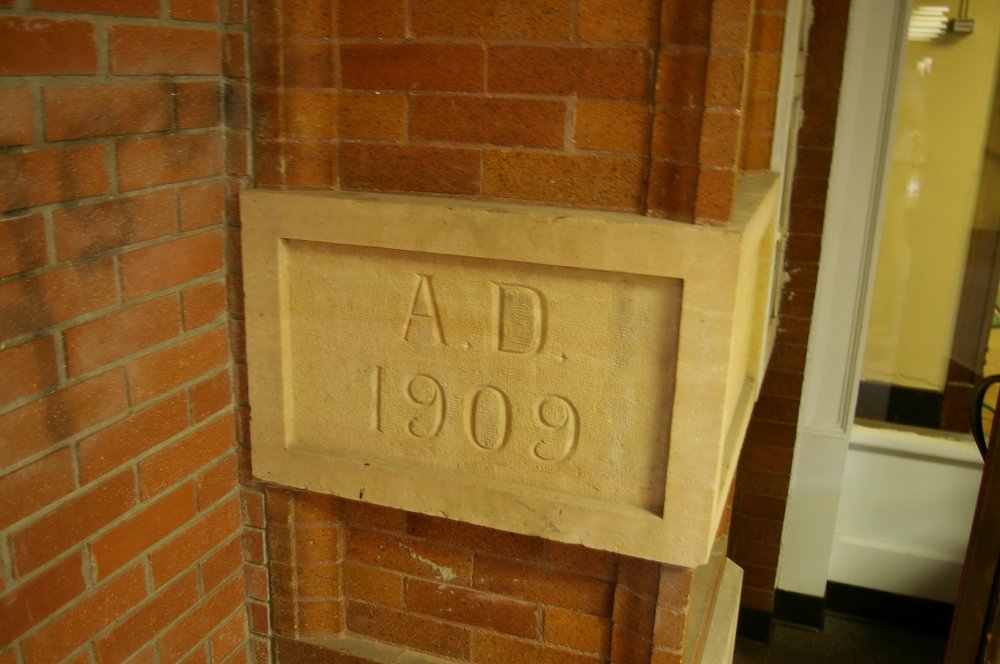