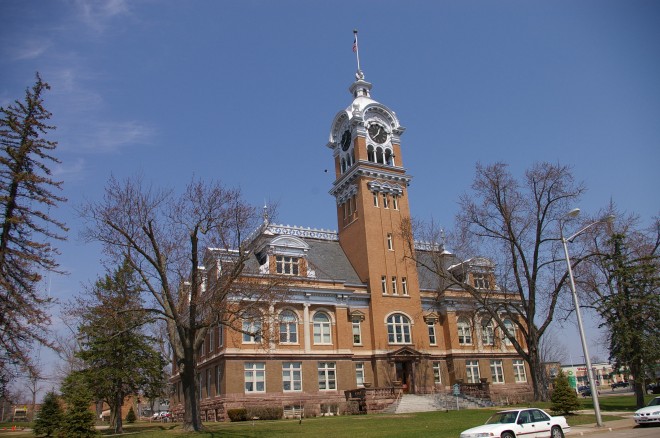 Lincoln County is named for Abraham Lincoln, who was President of the United States of America.

Description:  The building faces south and is a two story red colored brick, granite and concrete structure. The building is located on landscaped grounds in the center of Merrill. The base is native Wisconsin brownstone; the first story is light-brown colored brick; and the second story and tower are salmon colored brick. The central south tower rises six stories with clock and silver colored dome at the top. There are arched windows on the second story. The steep roof has large dormers. In the interior natural-wood fluted Ionic columns support beams in the central stairway, which has cast iron railings and stairs. The floor under the dome has an elaborate floral pattern in the tiles.

History:  The county was created in 1874 and Merrill was designated as the county seat. The first courthouse was a two story frame structure built in 1876. The second and present courthouse was constructed in 1902 to 1903. 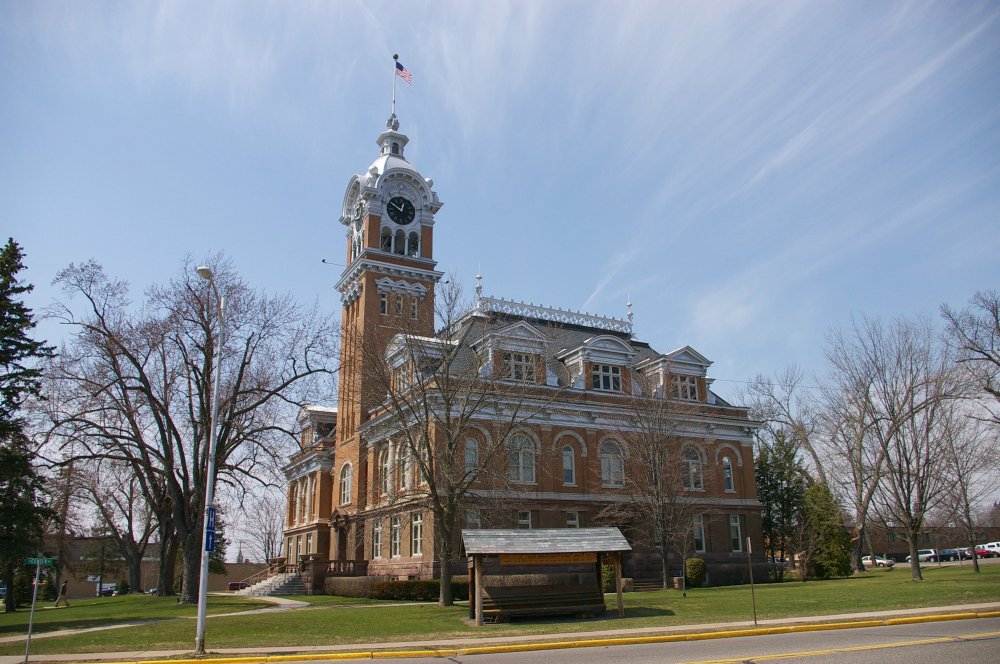 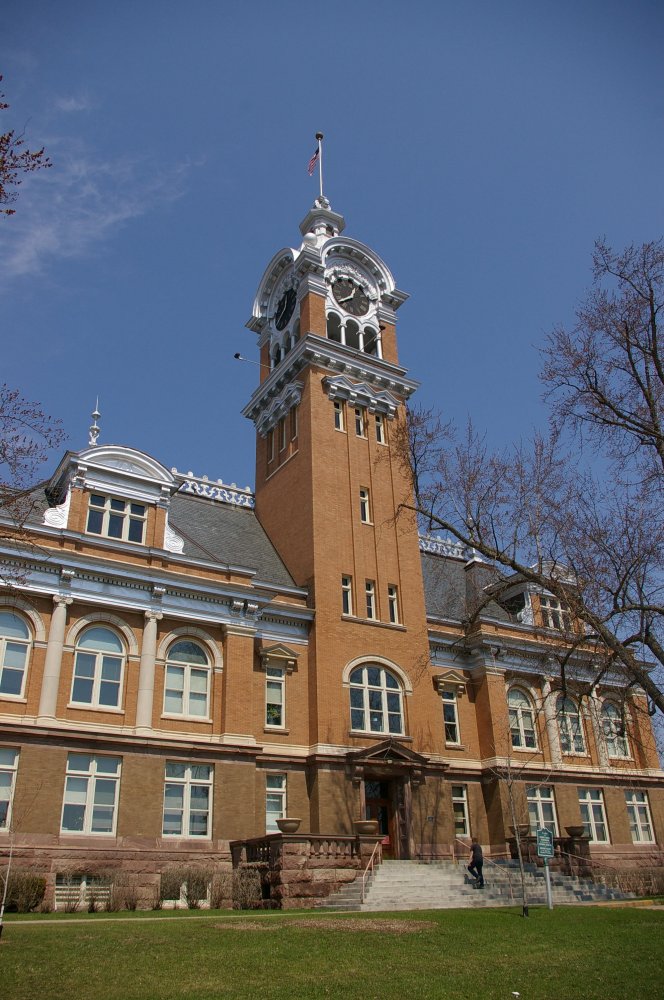 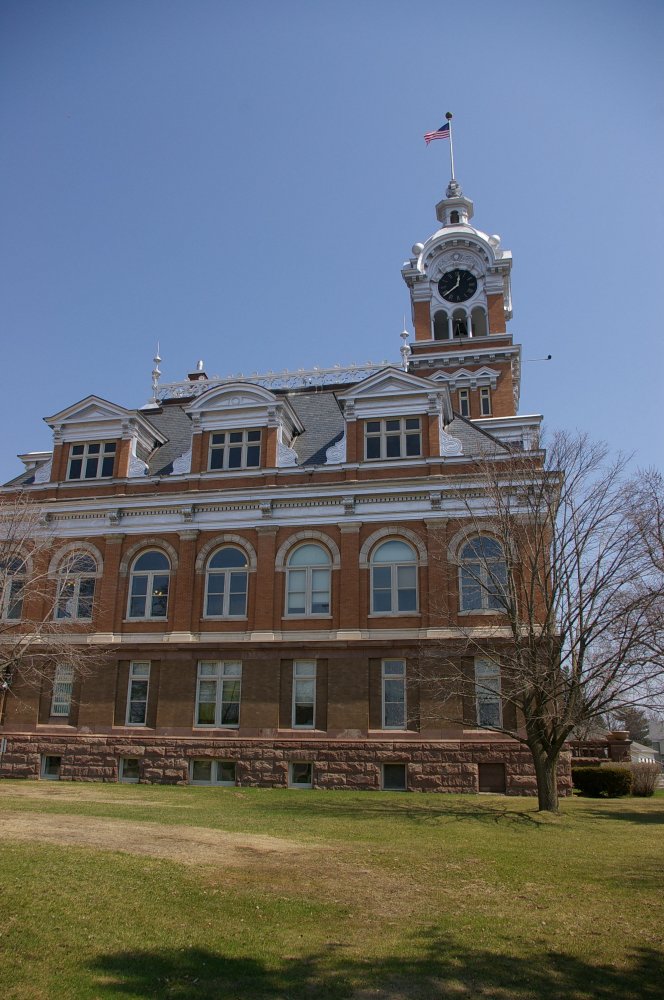 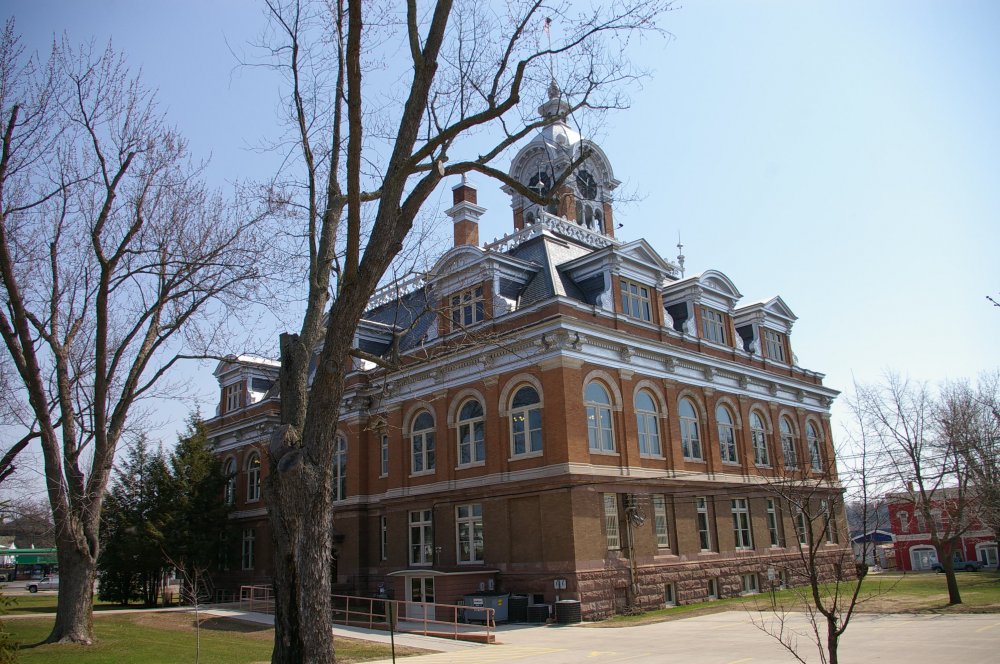 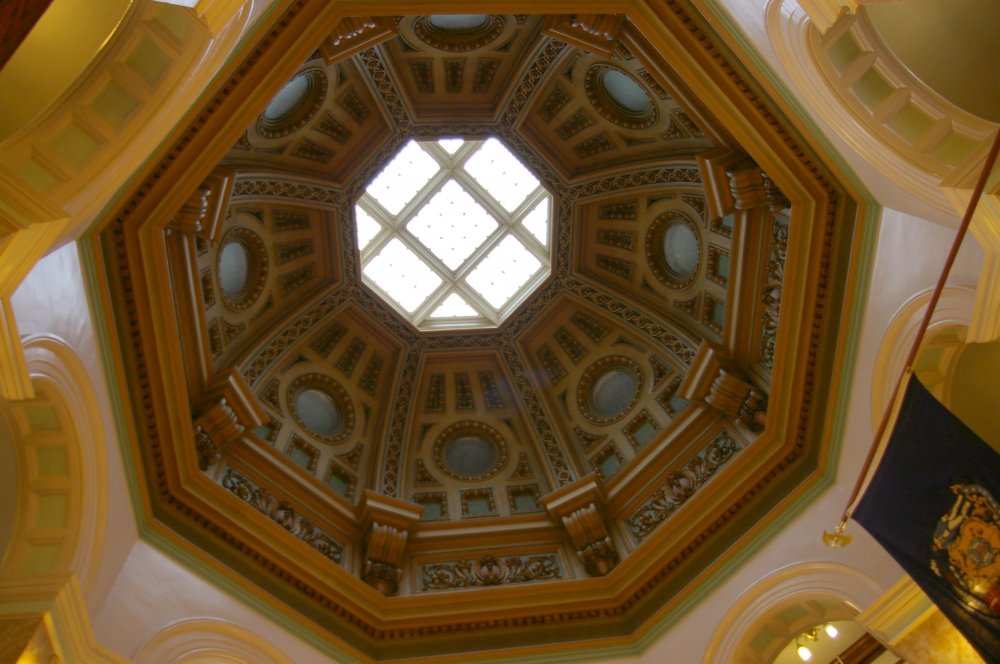