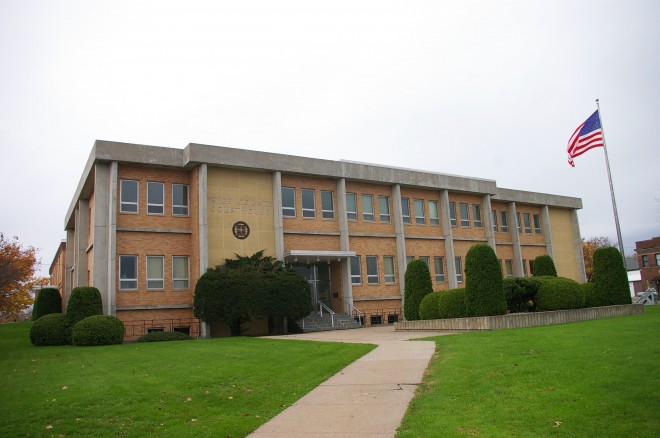 Price County is named for W T Price, who was a Wisconsin state legislator.

Description:  The building faces east and is a two story buff colored brick and concrete structure. The building is located on spacious landscaped grounds in the center of Phillips.  The east front is divided by vertical concrete dividers and smaller horizontal dividers. Two panels are finished with yellow colored stone, and the southerly panel has the county crest. The entrance has a small concrete overhang. Along the roof line is a wide concrete cornice and is flat. The courtroom is located on the second story. 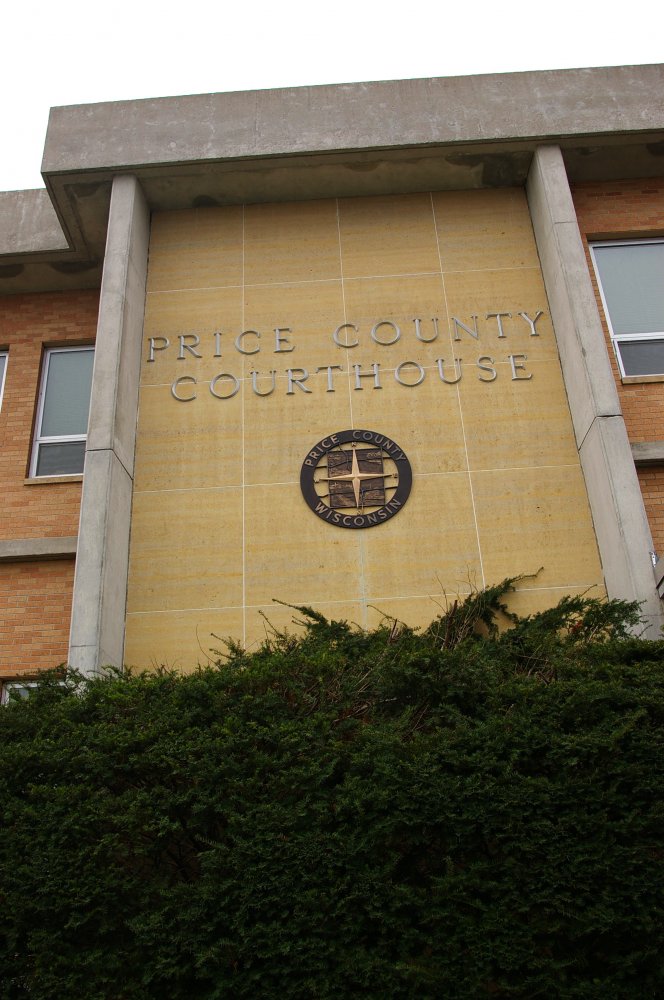 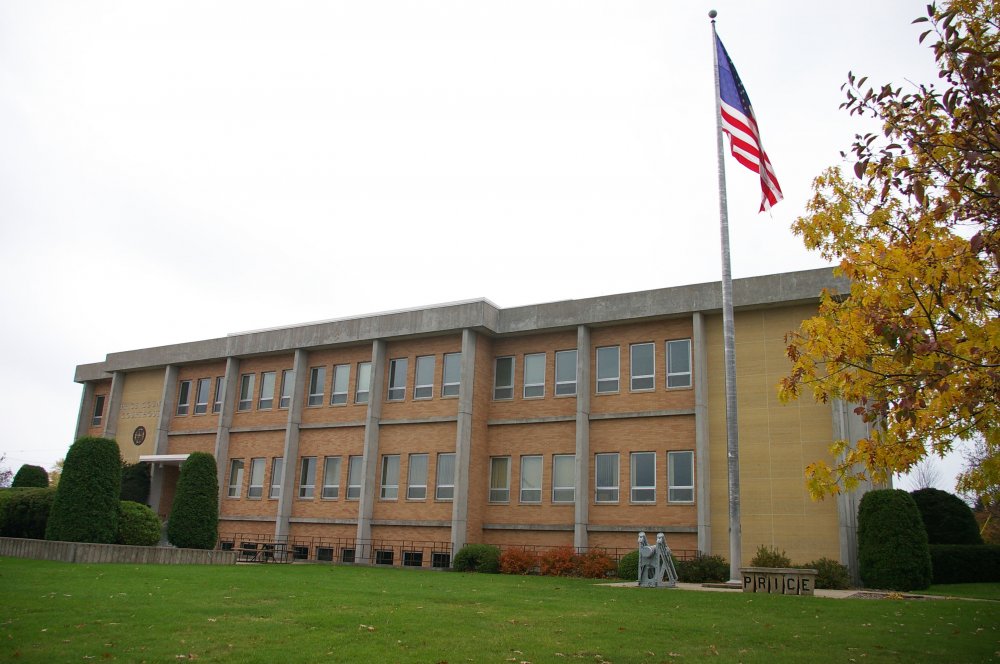 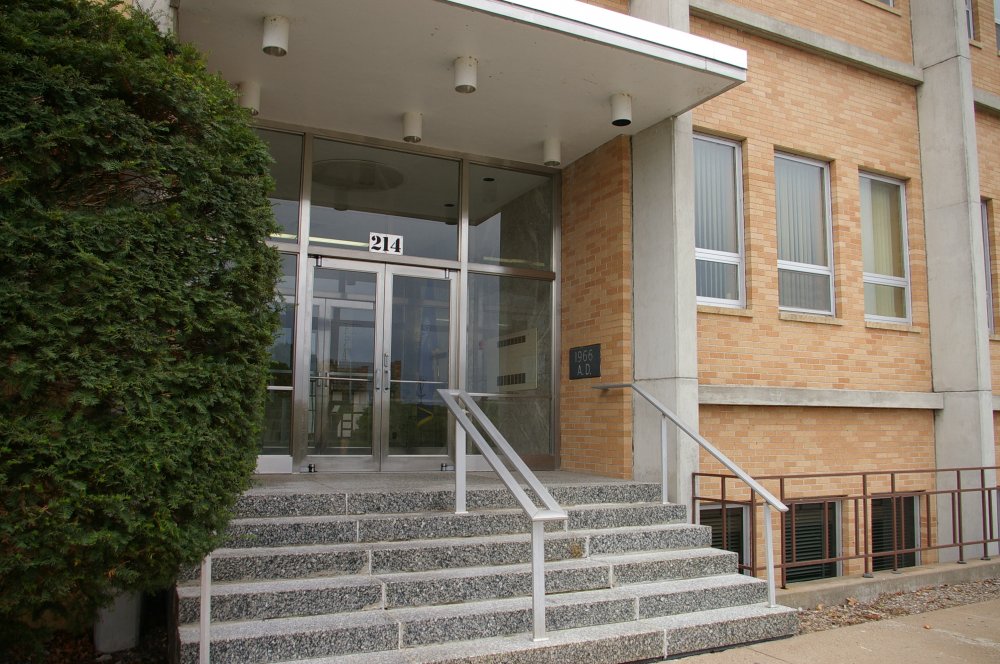 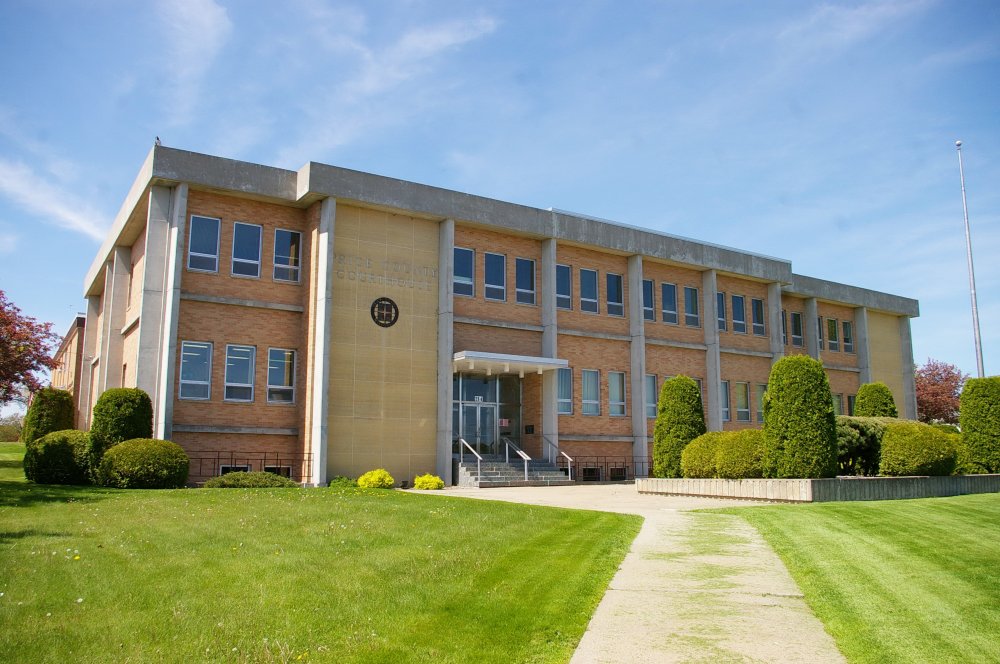 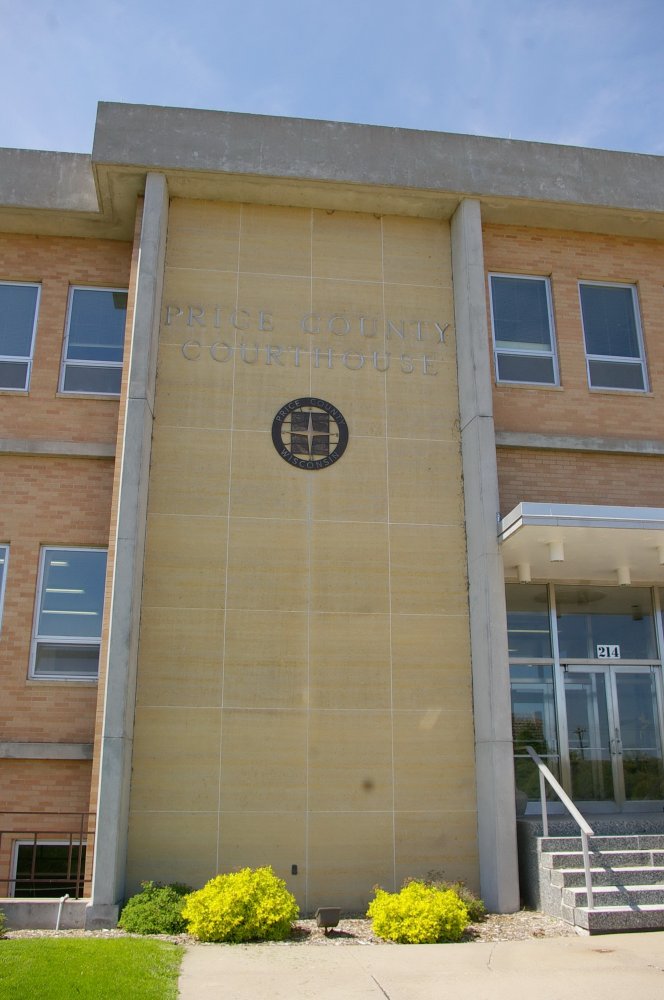 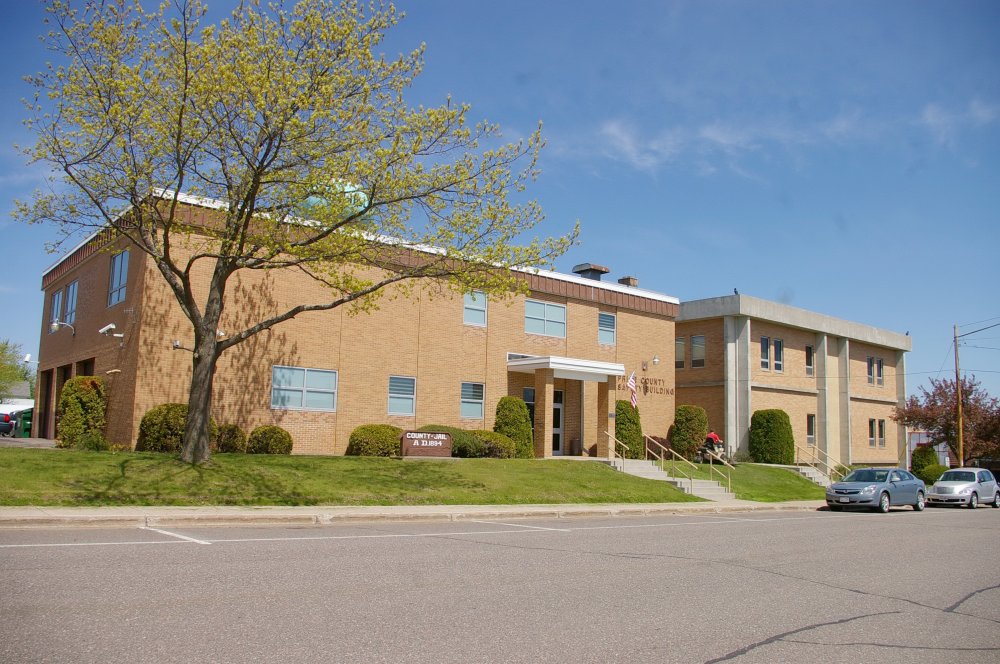 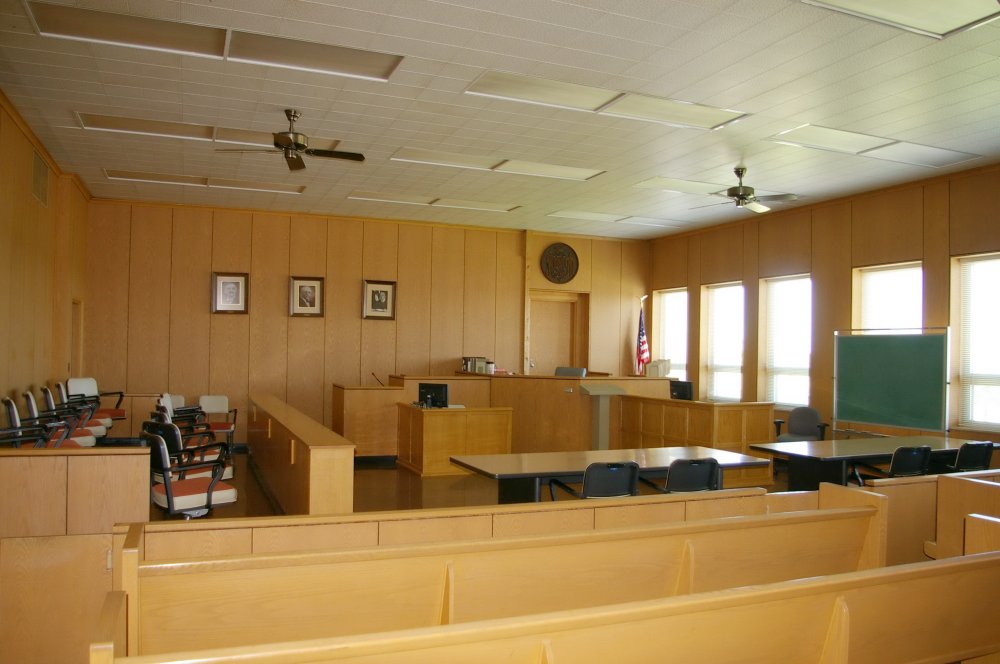 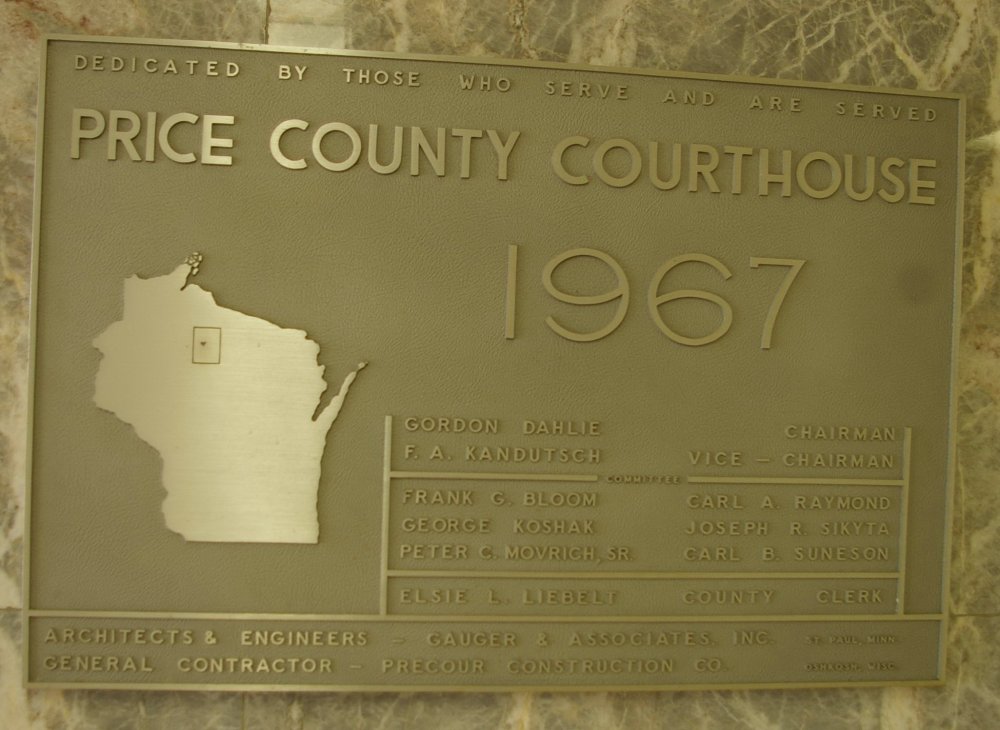