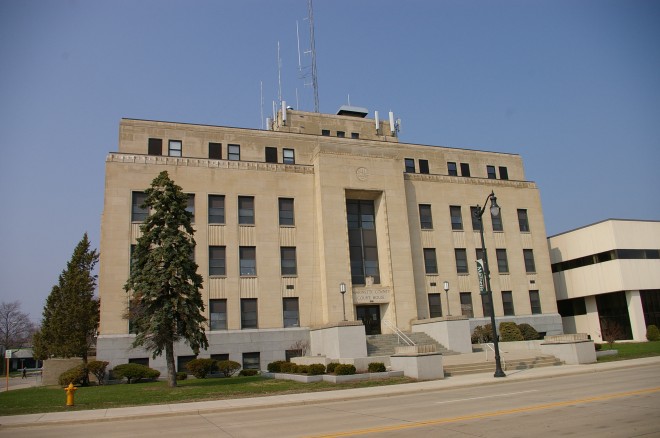 Marinette County is named for Marinette, who was a 19th century Menominee woman trader and who was the daughter of a French Canadian trapper. 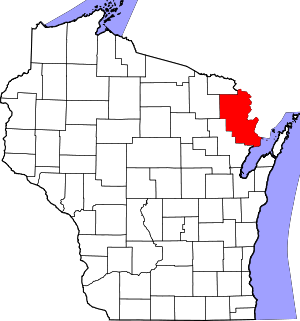 Description:  The building faces south and is a five story yellow colored stone and concrete structure. The building is located in the center of Marinette. The south entrance has a high rectangular projection with the entrance recessed and recessed windows on the second and third stories. The fourth story is recessed with a small fifth story further recessed in the center of the building. An annex was added on the east side in 1992 and completed in 1993. The architect was Sommerville & Associates and the contractor was Alfredson Brothers of Menominee, Michigan. On the north side is the Old County Jail.

History:  The county was created in 1879 and Marinette was selected as the county seat in 1879. The county first met at the office of J A Van Cleve, The first courthouse was a two story brick structure designed and built by George Clark in 1879 to 1880 at a cost of $26,000. Charles Patude had the contract for the basement and Calix Merchant had the contract for furnishings. The second and present courthouse was constructed in 1941 to 1942. 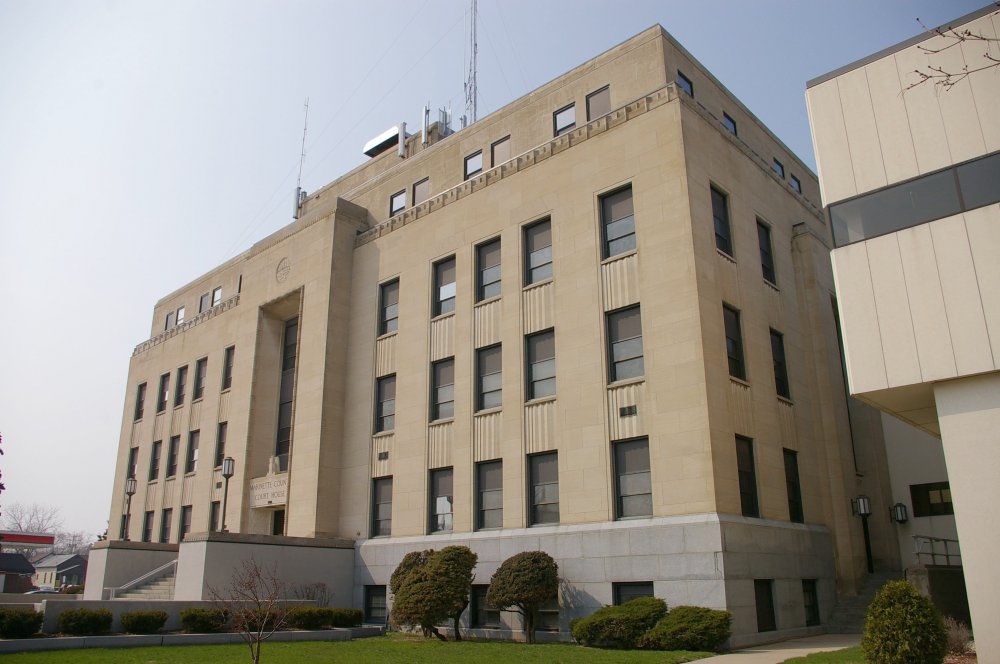 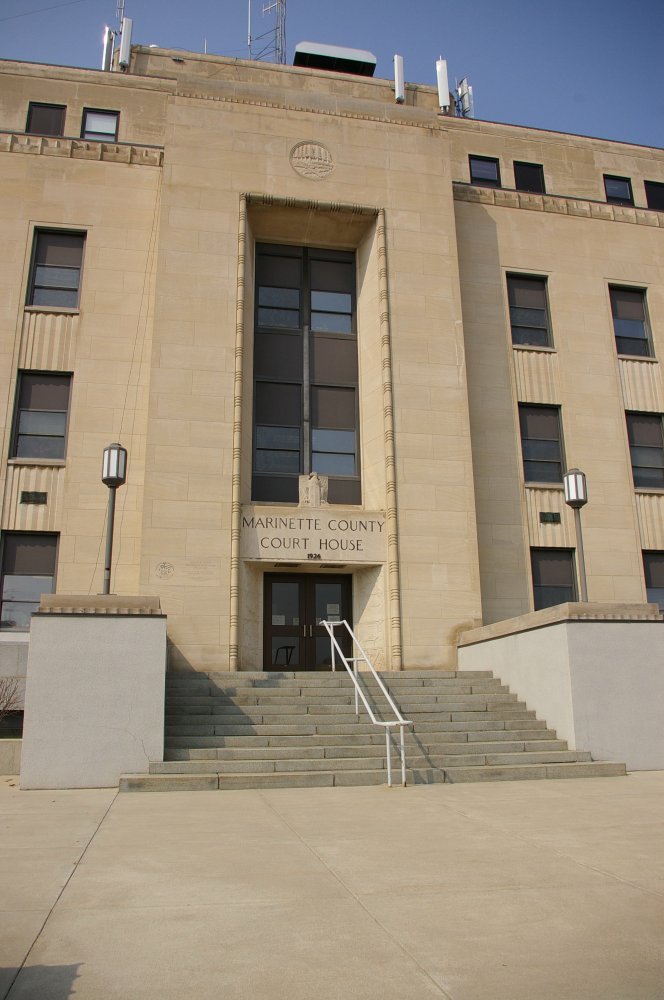 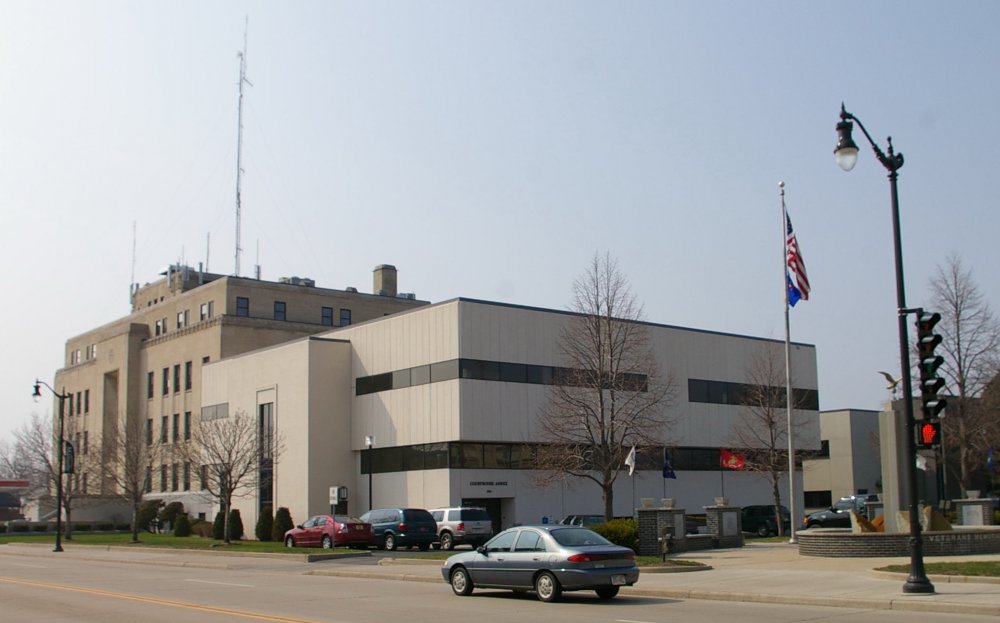 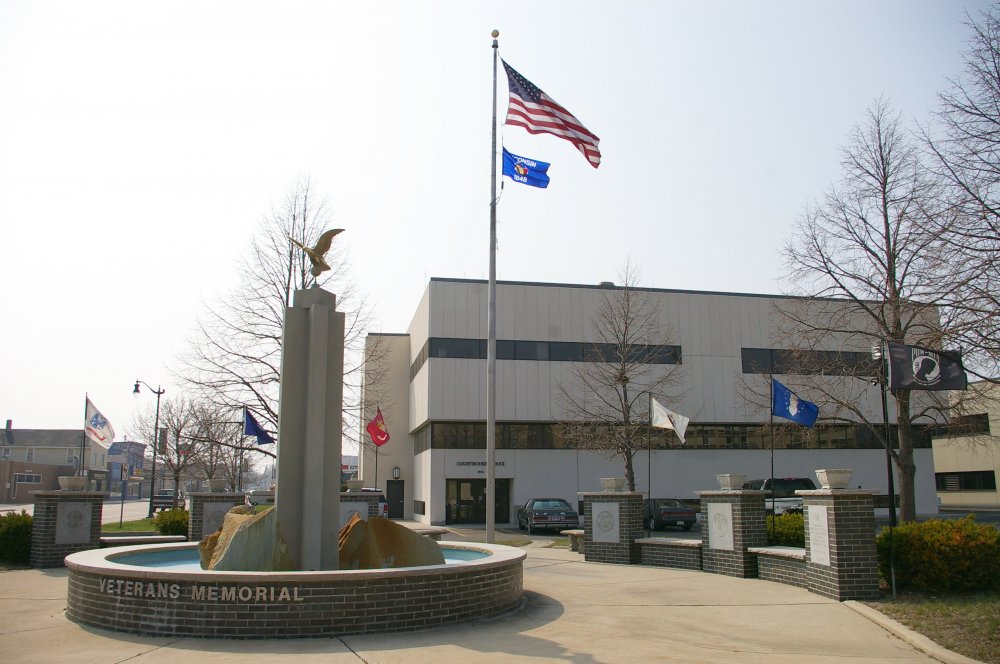 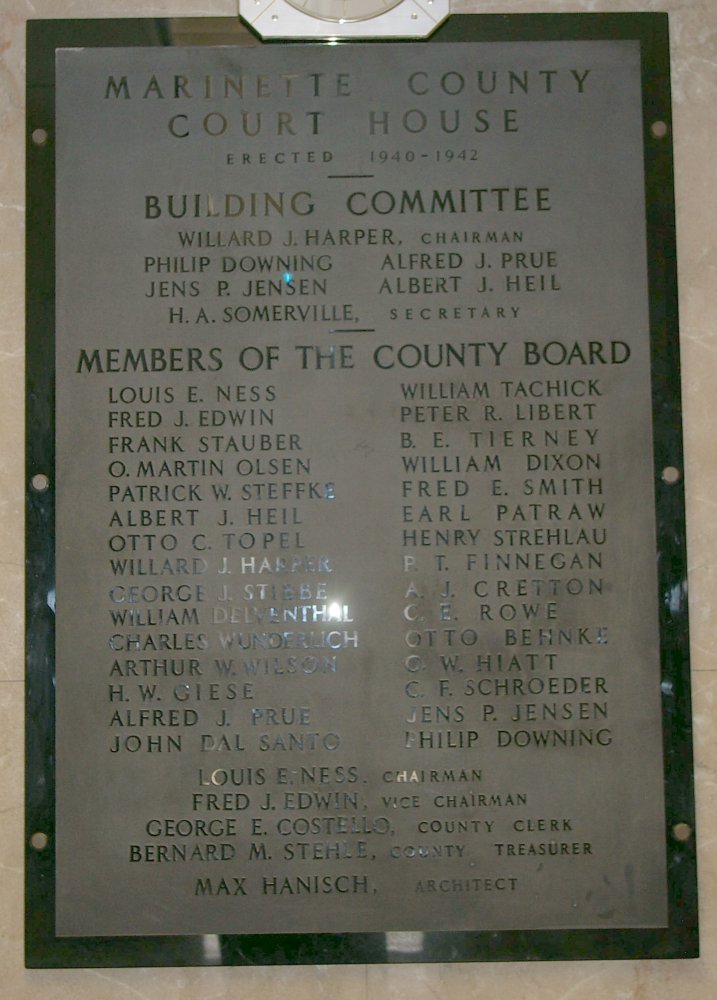 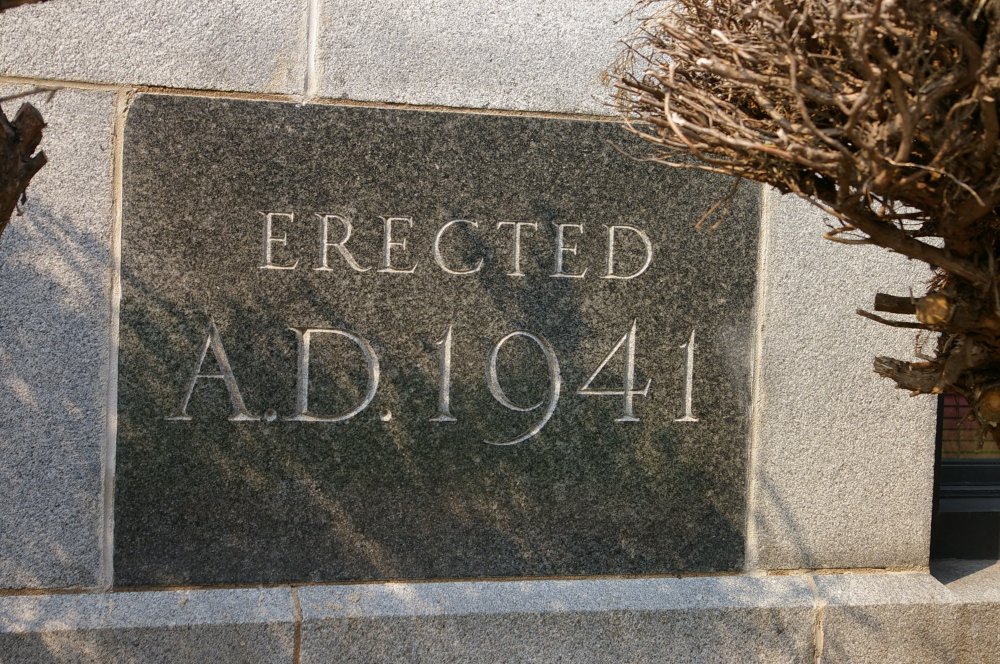 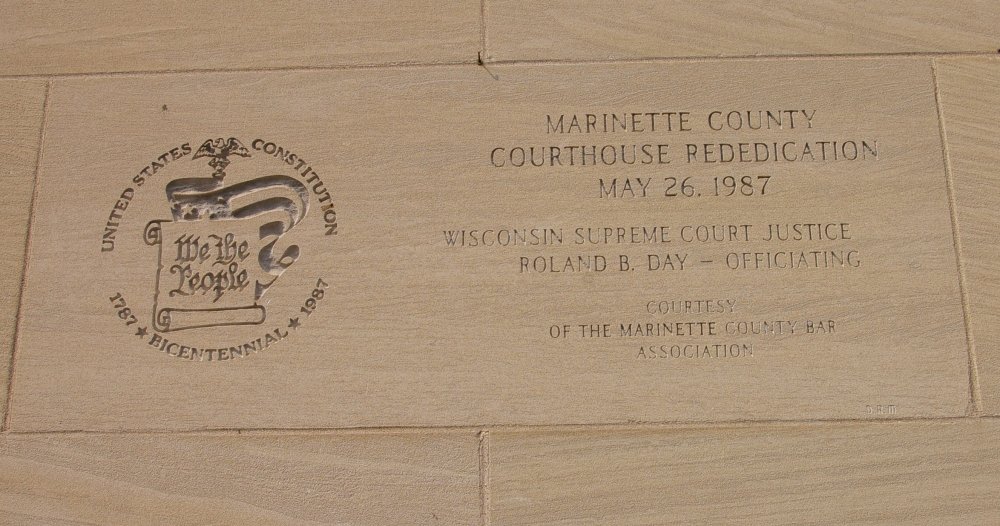