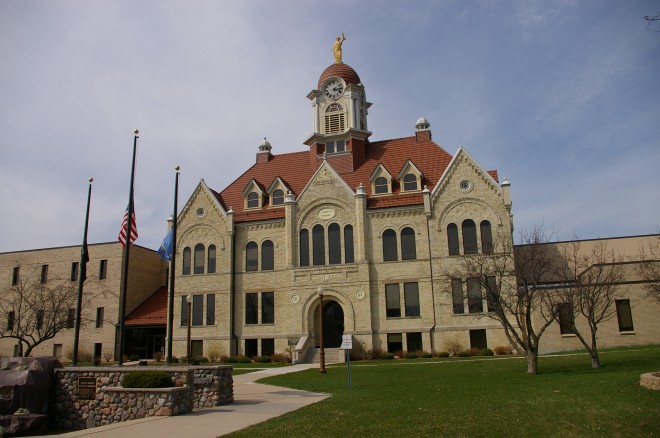 Oconto County is named for a Native American settlement and the Oconto River, whose name means “plentiful with fish”.

Description:  The building faces south and  is a two story buff brick structure. The south front has three sections with peaked roofs. The center section has a large arch at the first story entrance with four vertical windows on the second story. On the center of the roof is a square dome with clock and rounded red colored roof and gold statue of Justice.  The building was completely refurbished in 1907. The architect was Foeller & Schober. The Jail Annex was added on east side in 1960 and office wing on the west side in 1977. 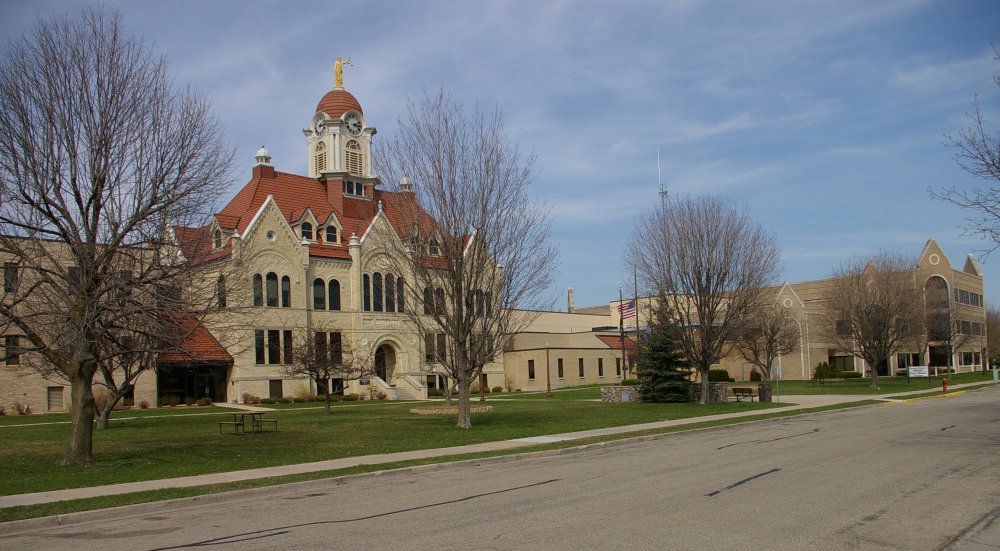 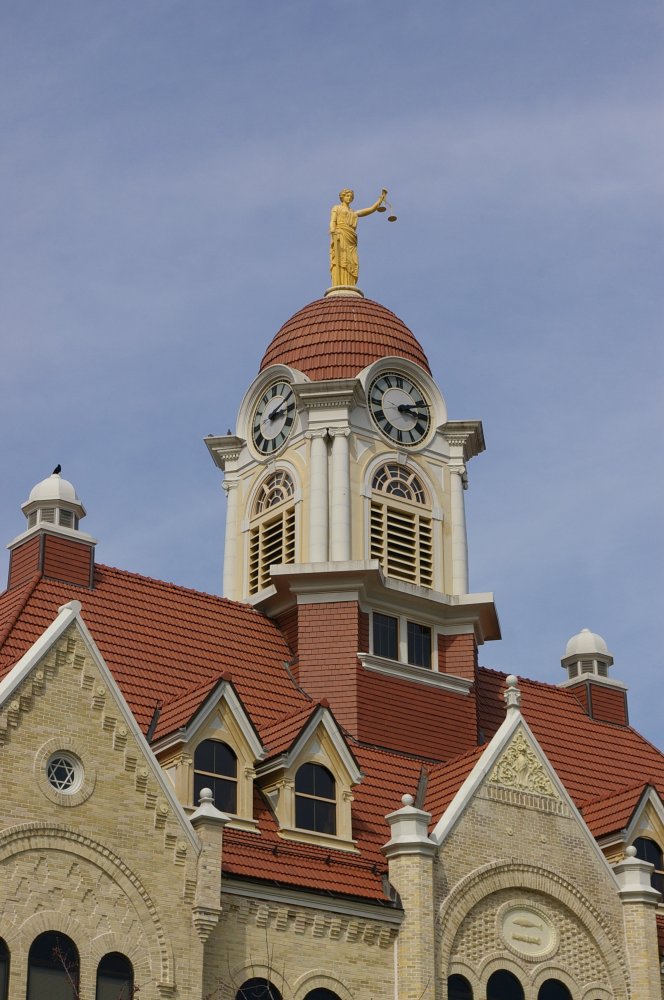