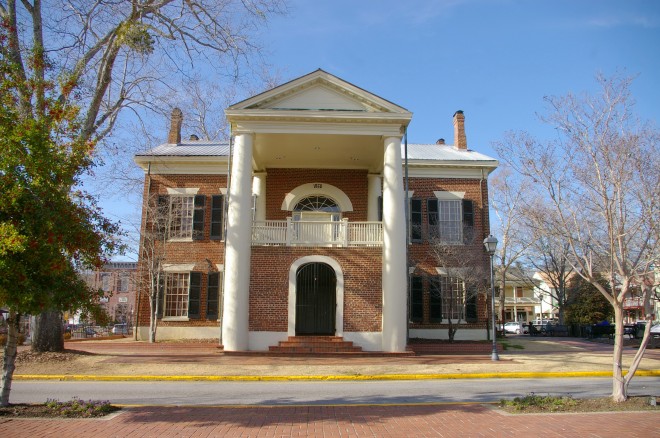 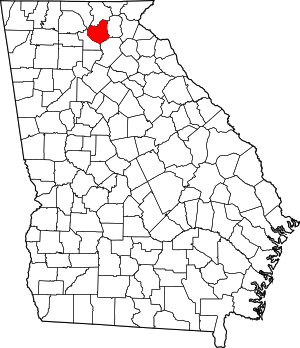 Description:  The building faces southeast and is a two story buff colored brick, stone and wood structure. The building is located on landscaped grounds in the center of Dahlonega. The outer walls are solid, ranging between 24 and 22.5 inches thick. The southeast front has a large portico with two large columns rising to a pediment at the roof line. On the first story is an arched entrance with balcony on the second story. The windows have shutters. The roof is hipped. The building now houses the Dahlonega Gold Museum.

Note:  The bricks for the courthouse were hand made from clay dug from nearby Cane Creek and reveal trace amounts of gold. 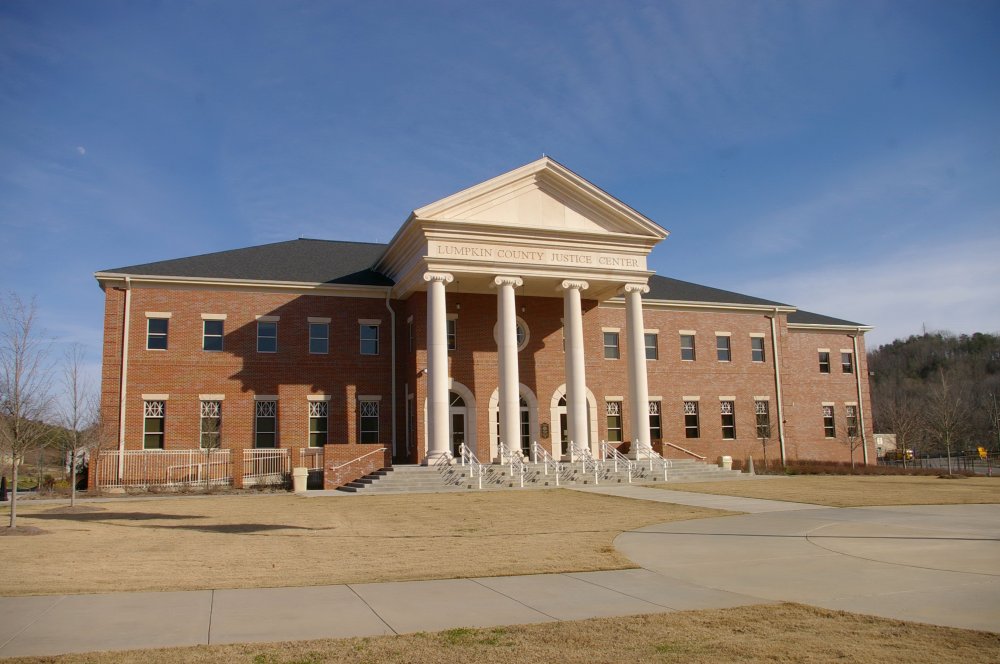 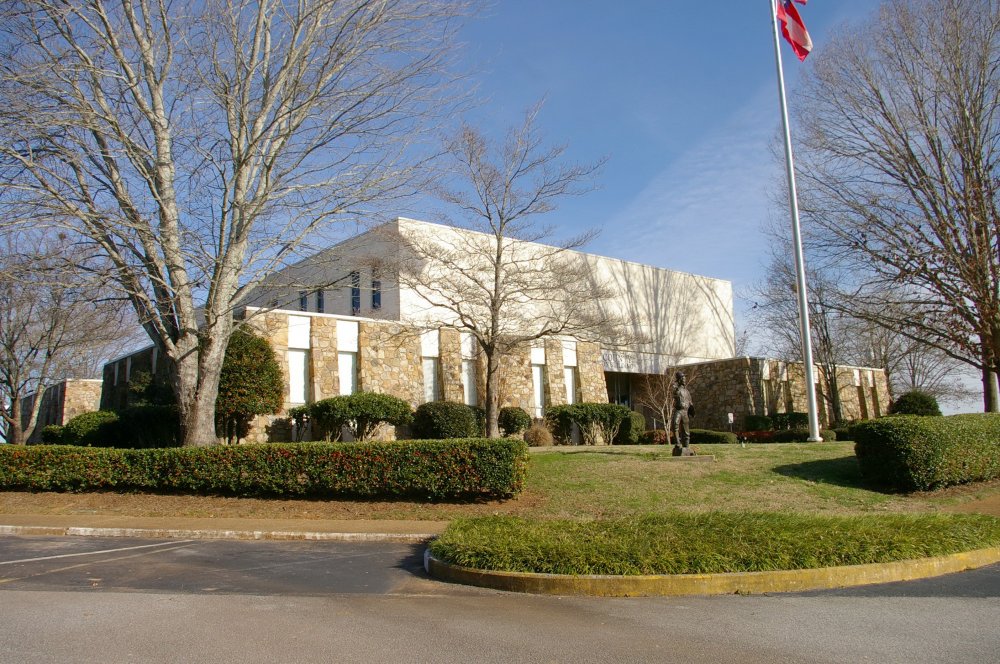 Description:  The building faces south and is a two story buff colored flagstone and concrete structure. The building is located on landscaped grounds to the north of the center of Dahlonega.  There are one story projecting sections on each corner which are faced with flagstone. The main building has a recessed entrance on the south side and rises two stories with windows on the east and west sides. The roof line is flat. The building sits at the top of a hill. The building served as the courthouse until 2010 and is now the Administration Building. 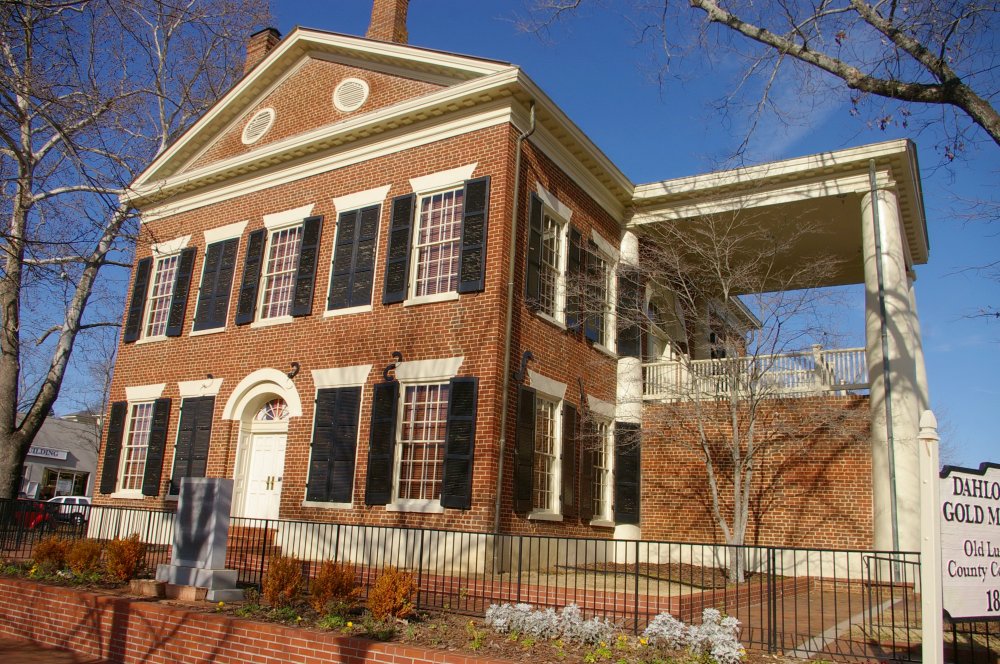 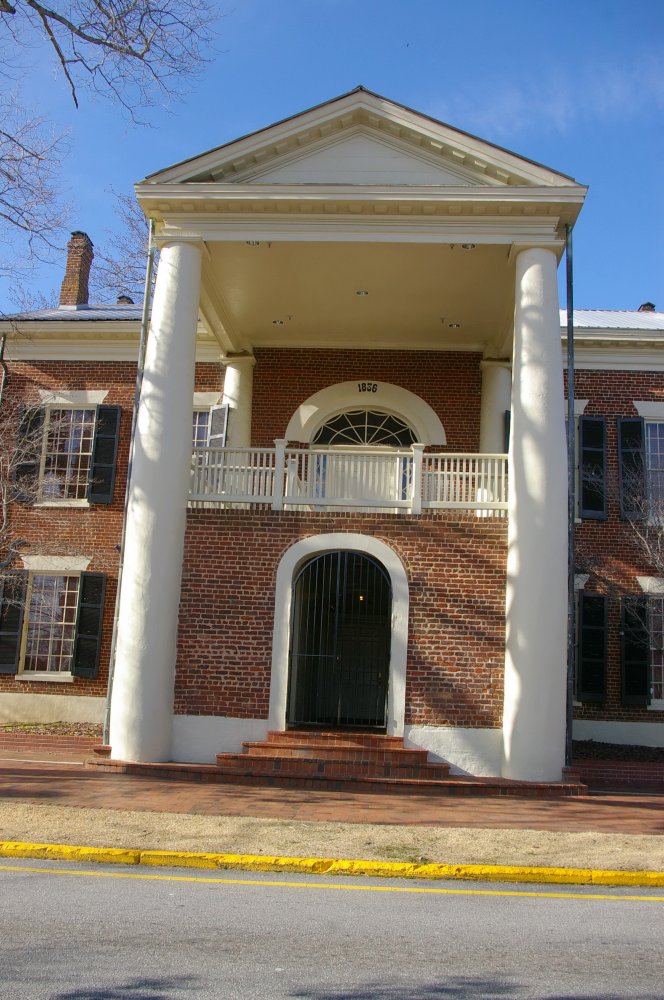 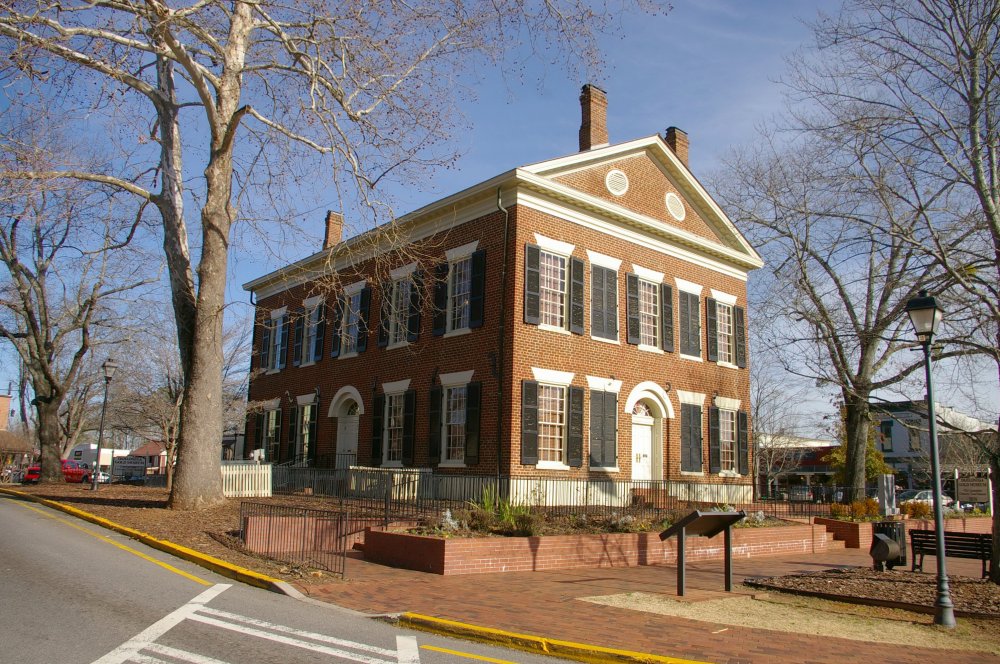 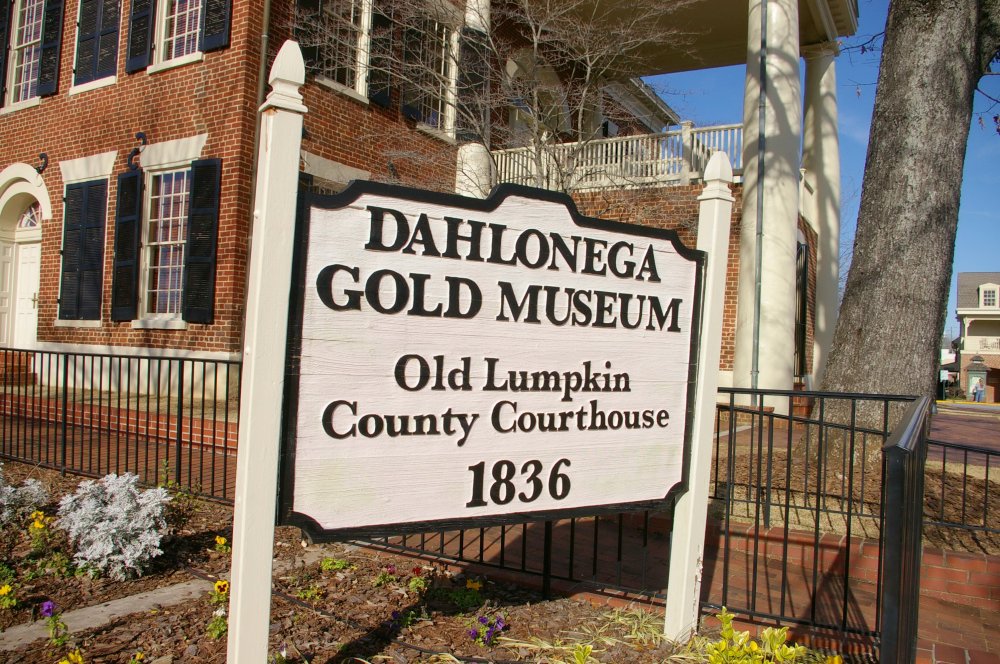 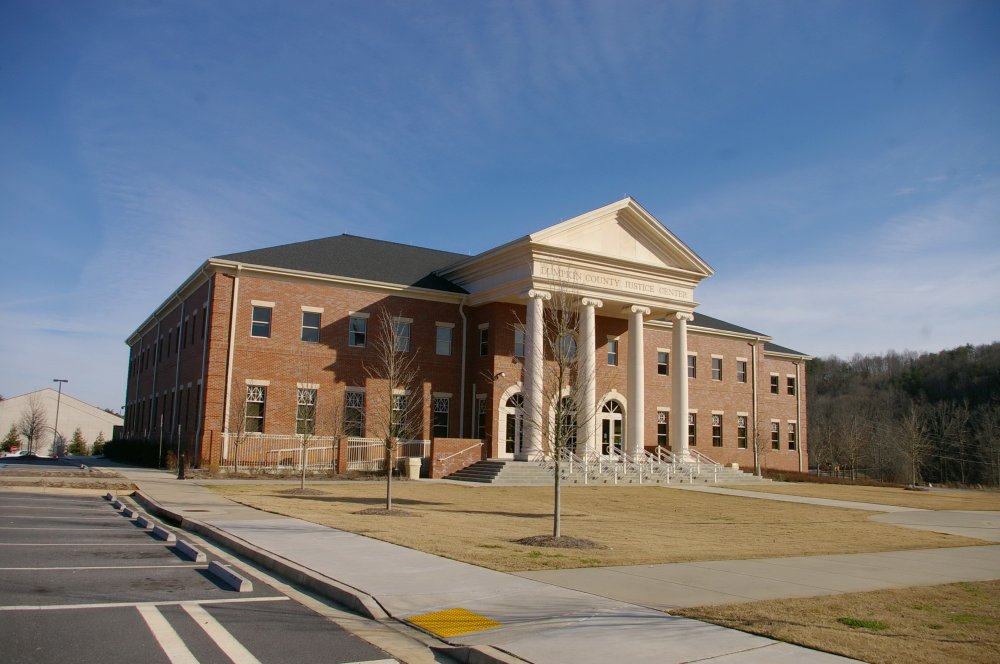 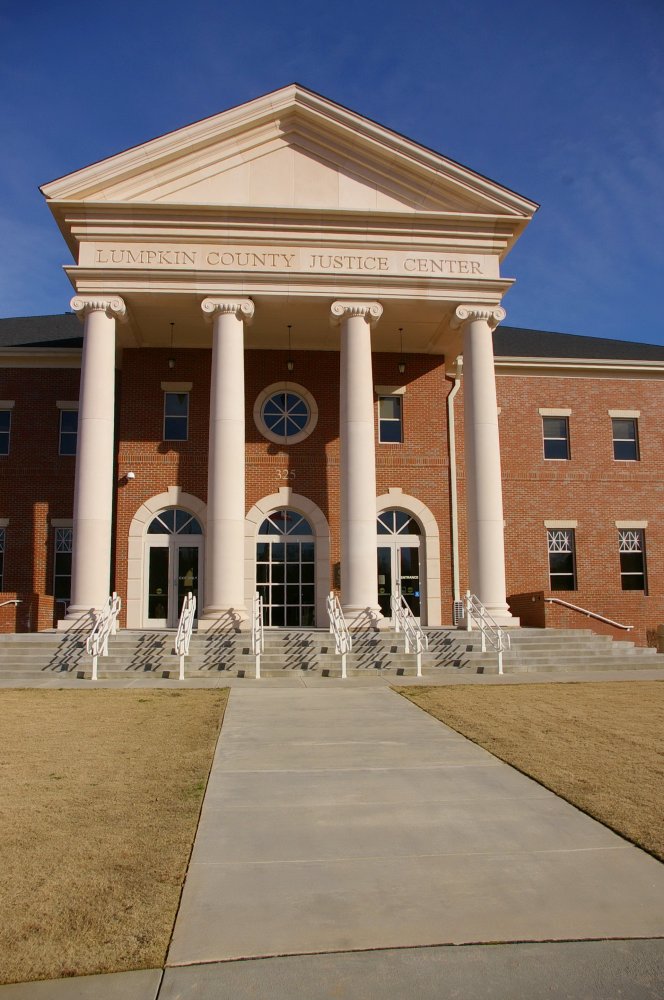 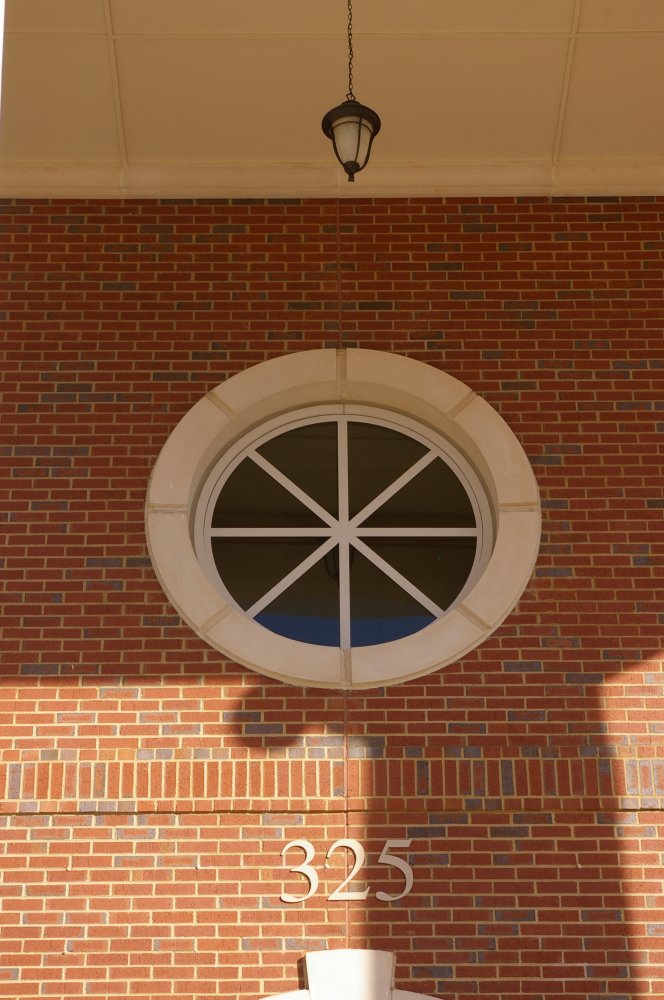 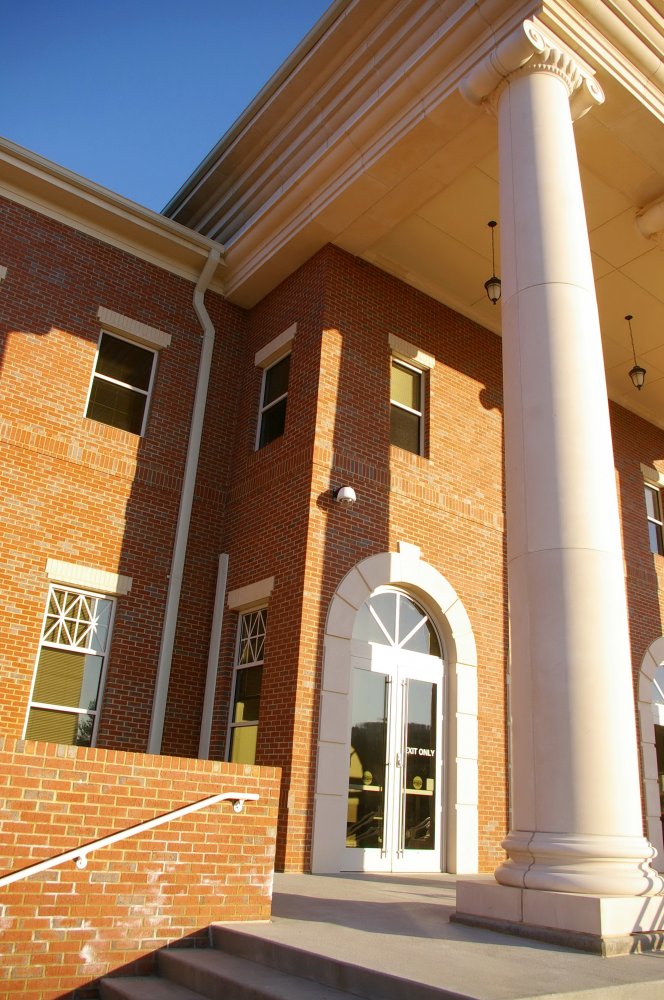 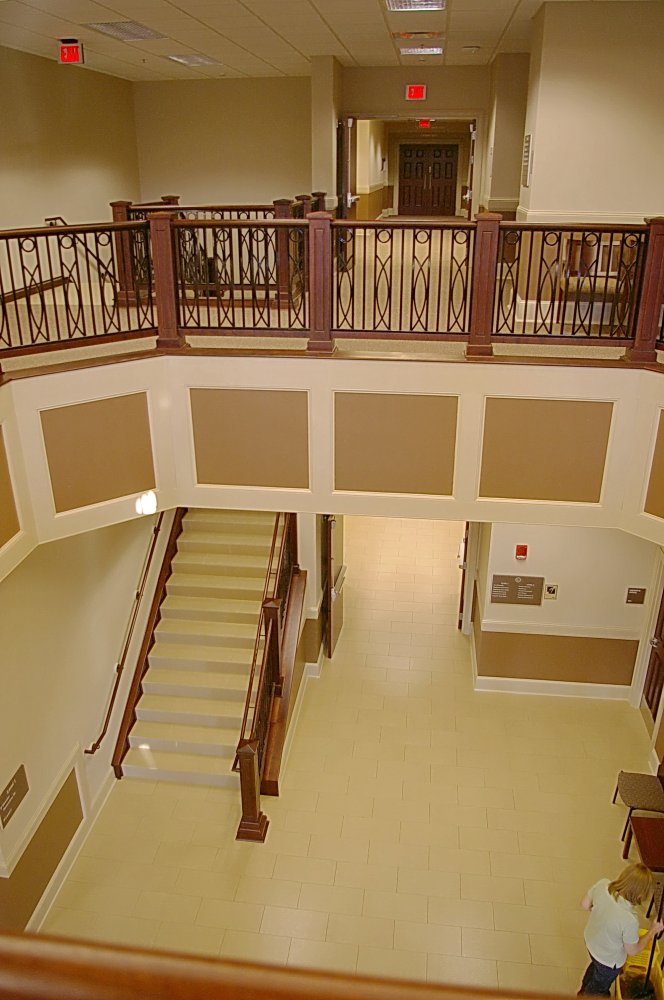