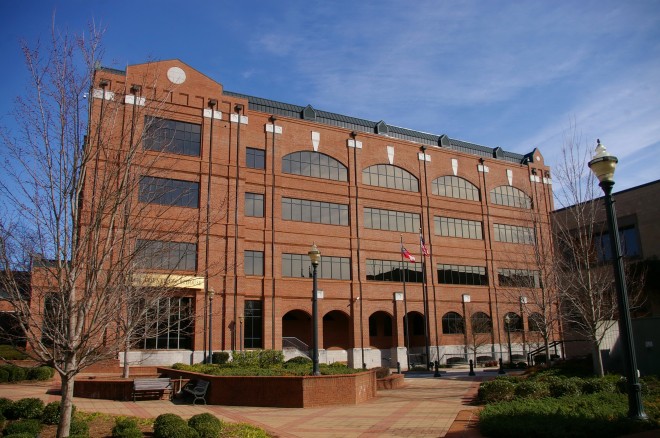 Hall County is named for Lyman Hall, who was a signer of the Declaration of Independence.

Description:  The building faces southwest and is a four story dark red colored brick, concrete and glass structure. The building is located on landscaped grounds in the center of Gainesville. The entrance is located at the northwest corner on the first story with a recessed porch and glass panel walls. The first story has a series of arches along the first story. There are horizontal windows on the second and third stories and arched windows on the fourth story. The roof line is flat. A covered walkway extends northwest and the old courthouse is located across a courtyard on the southwest side of the building. 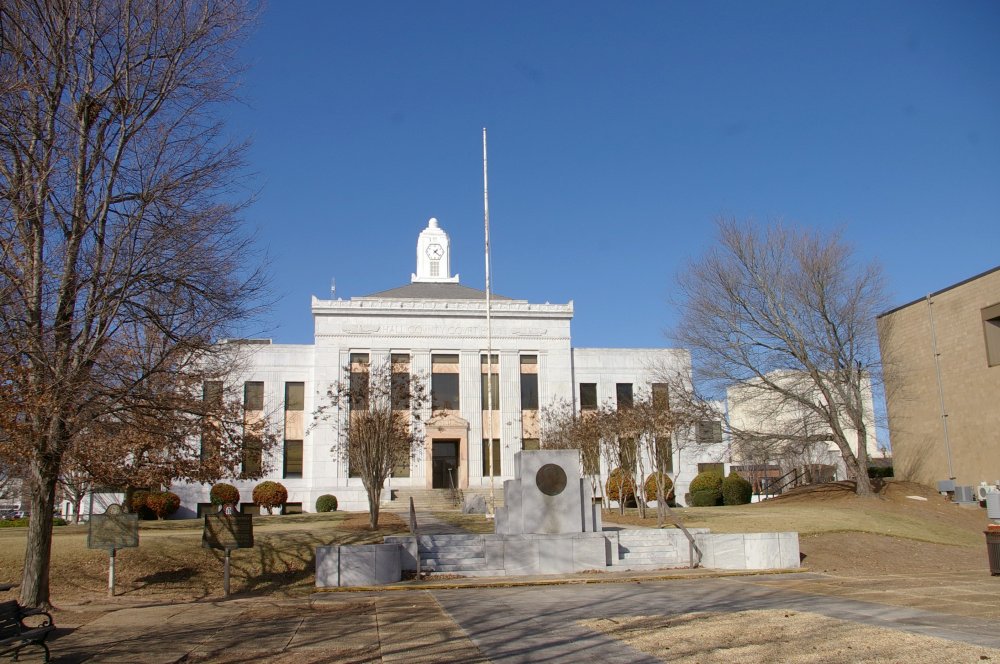 Description:  The building faces southeast and is a two story white colored stone and concrete structure. The building is located on landscaped grounds in the center of Gainesville to the north of the courthouse. The southeast front has a projecting central section with a stone framed entrance in the center. The front has vertical pilasters between the windows and ornamentation below the roof line which has a decorative railing. There is a sloped roof with square white colored cupola with clock. The main part of the building extends southwest and northeast and has a flat roof line. An addition was designed by Jacobs, Matthews & Parker, Inc. and constructed in 1975 on the northwest side and is connected by a passage way. 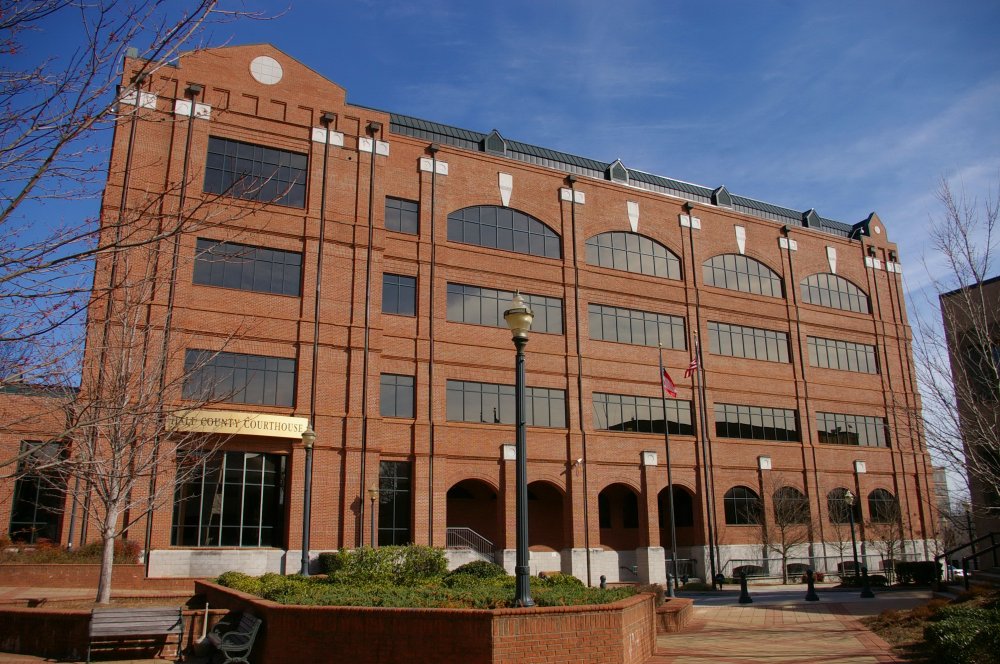 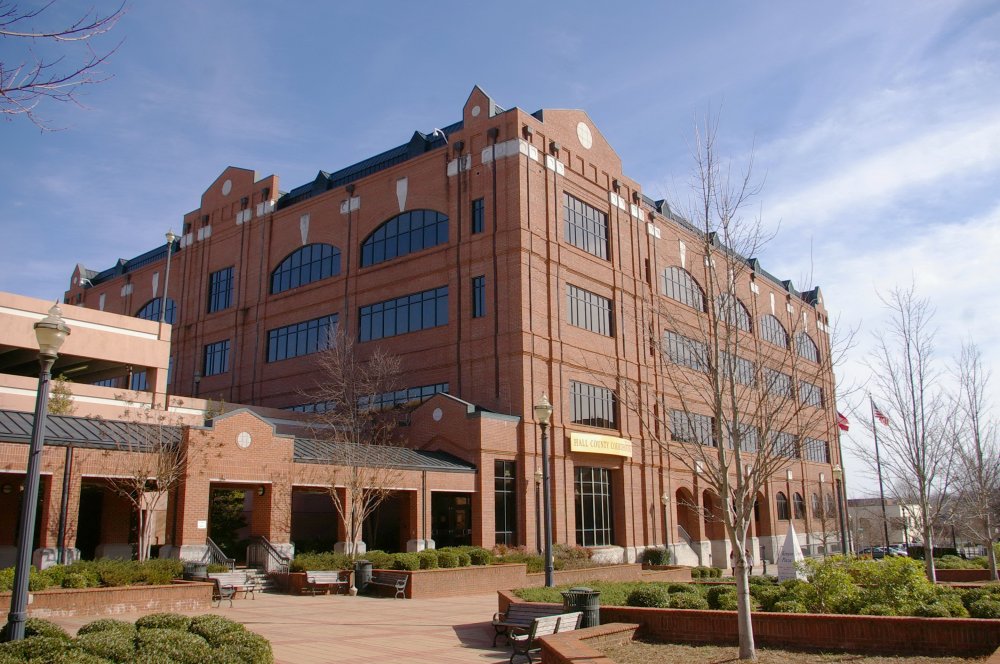 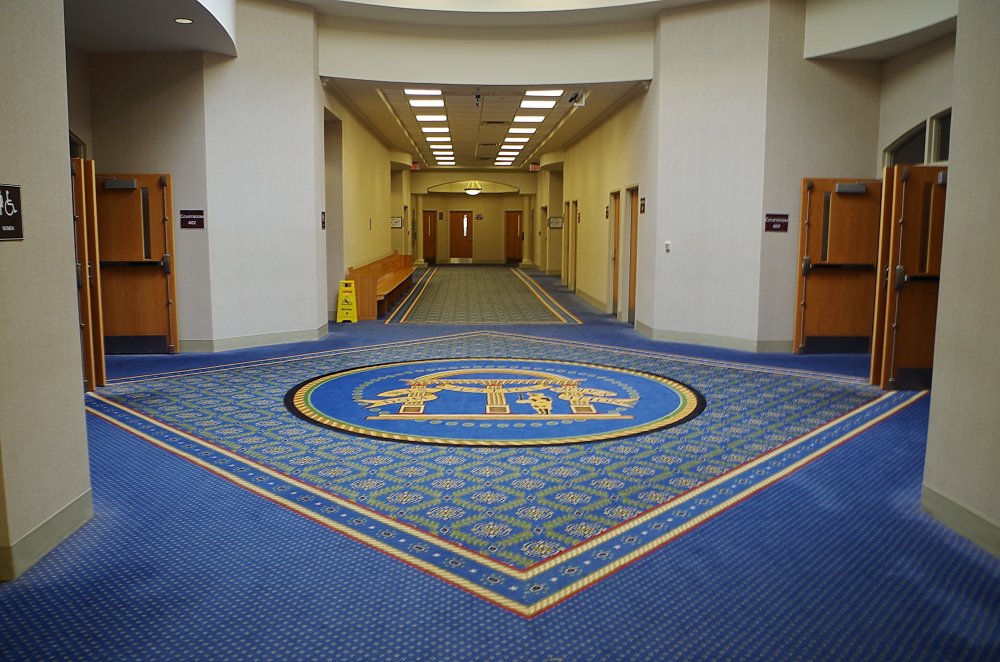 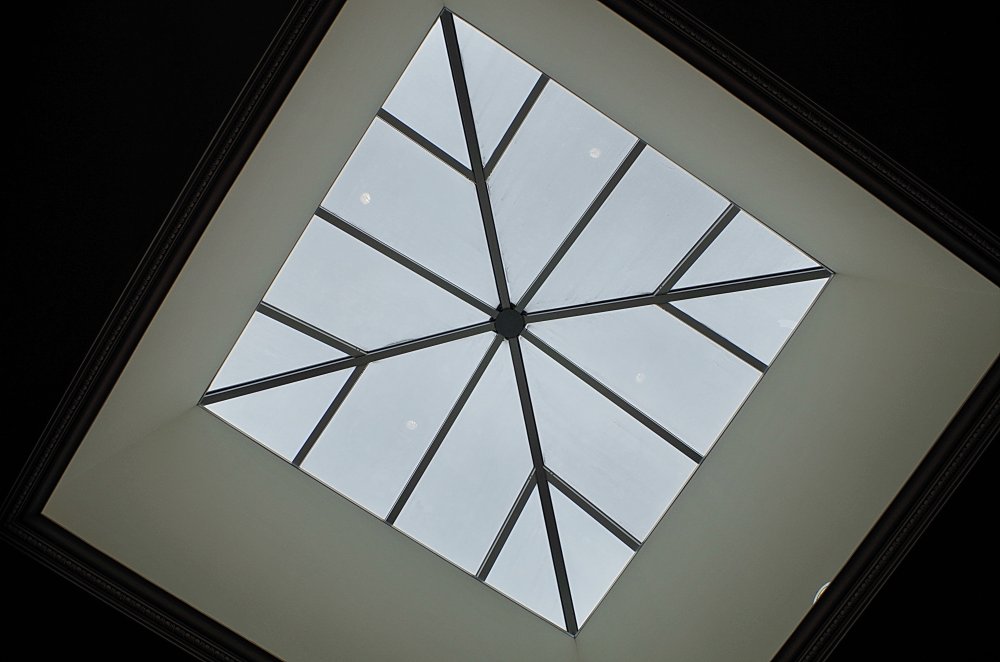 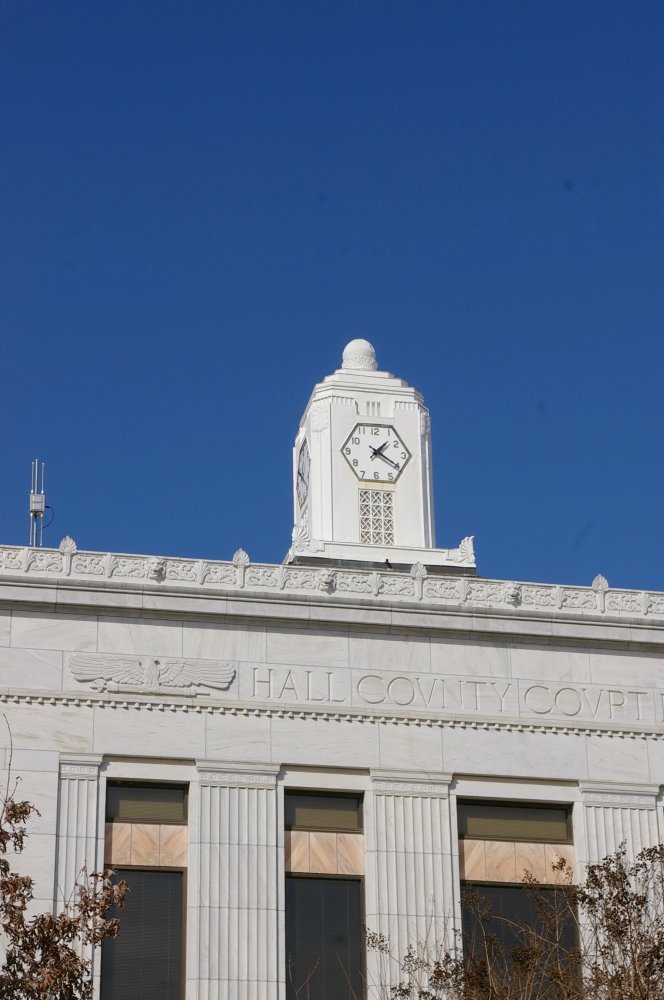 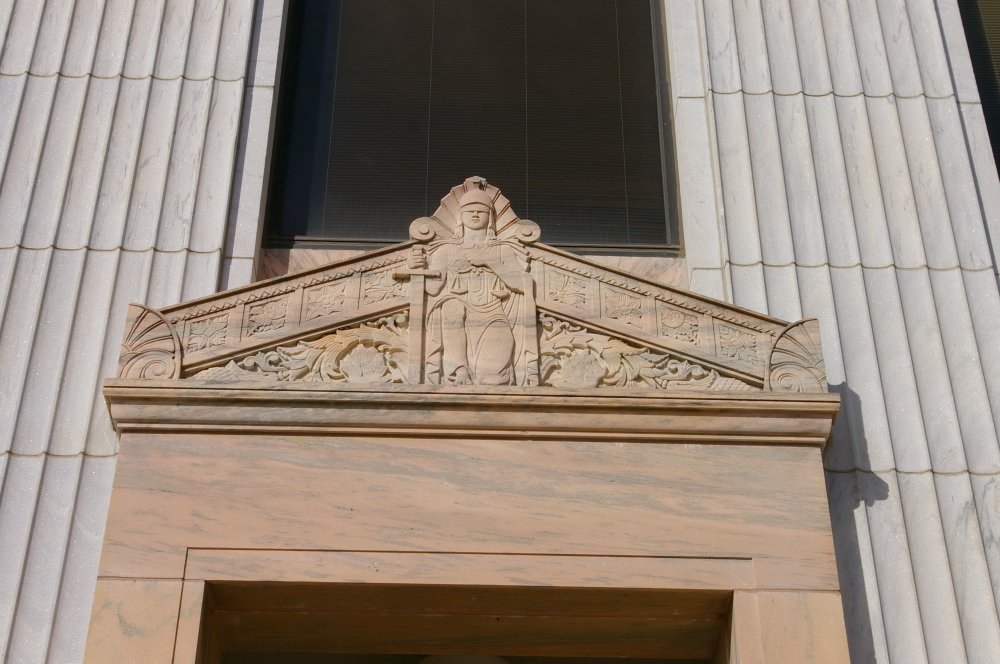 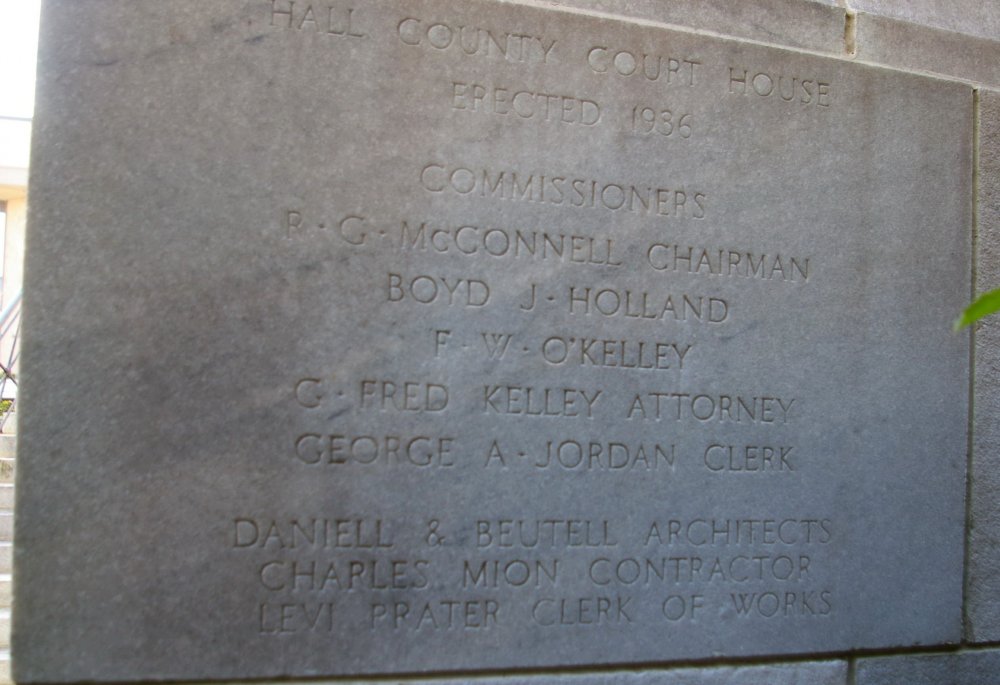 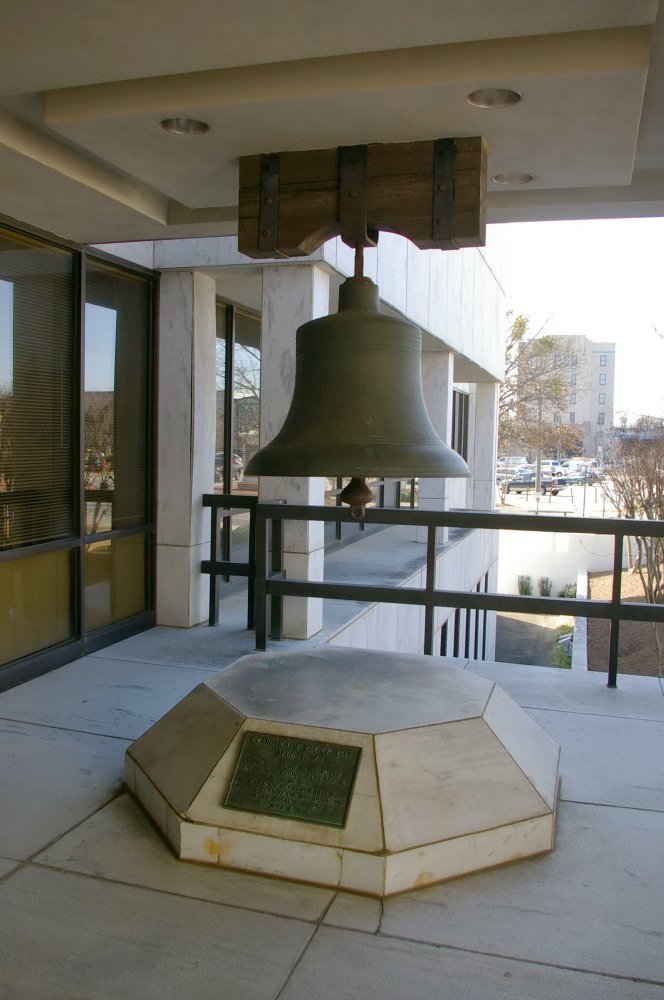