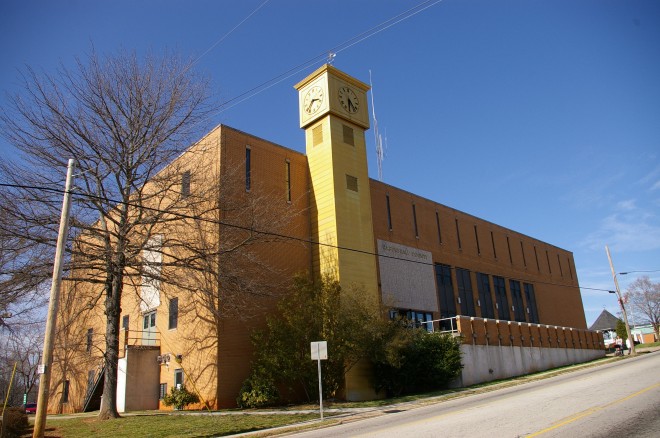 Habersham County is named for Joseph Habersham, who was a Continental Congress member, a soldier in the Continental Army and the Postmaster General of the United States.

Description:  The building faces southeast and is a three story buff colored brick, stone and concrete structure. The building sits on a side of a rise on landscaped grounds in the center of Clarkesville. The southeast front has a large square yellow colored clock tower. The second story has large dark glass windows and the third story has vertical narrow windows. The building has a flat roof. In 1983, the combination bell tower and elevator were added to the front of the building. The building is now slated to be demolished. 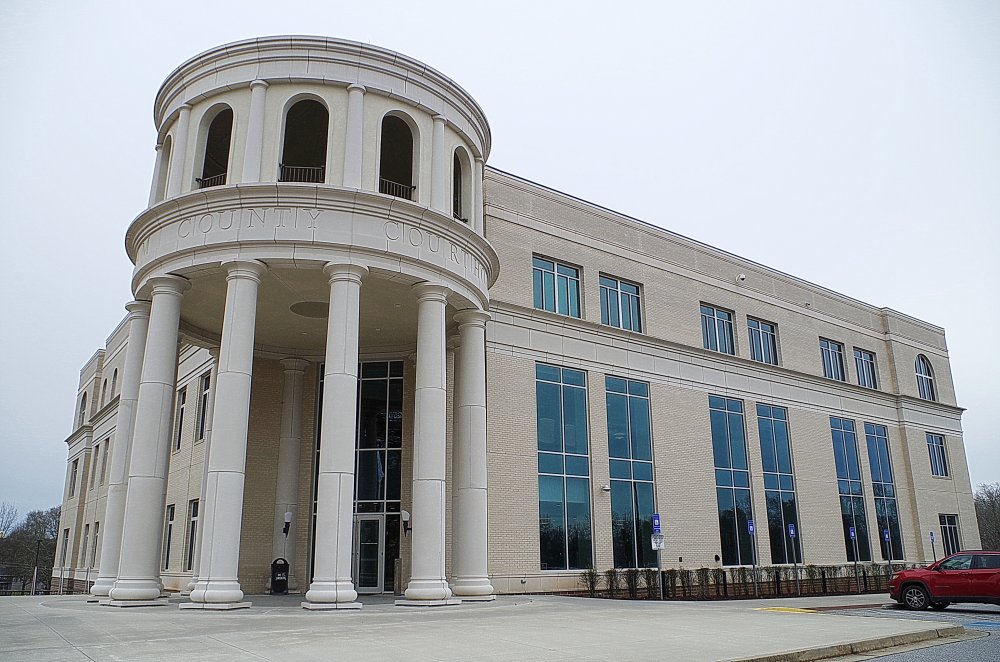 Description:  The building faces north and is a four story steel frame, white colored brick and concrete structure. The building is located in the south part of Clarkesville on spacious landscaped grounds with a slope on the south side exposing the basement level. The northeast corner has a circular tower with columns. The roof line is flat.

Note:  The project manager was Ponds & Company and other contractors were Erudite Engineers, Inc of Canton and Reeves + Young. 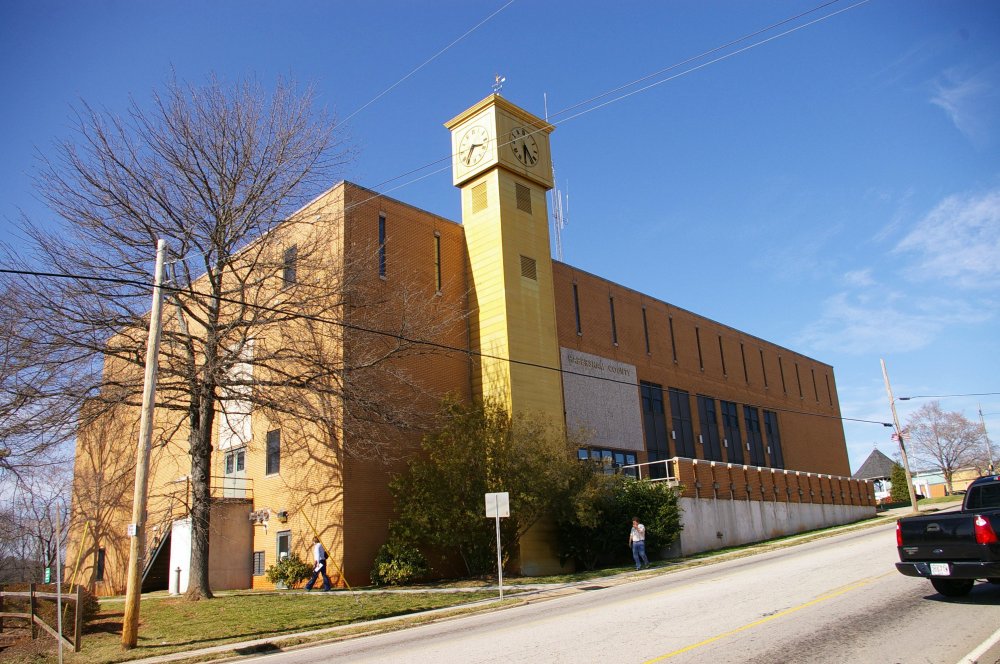 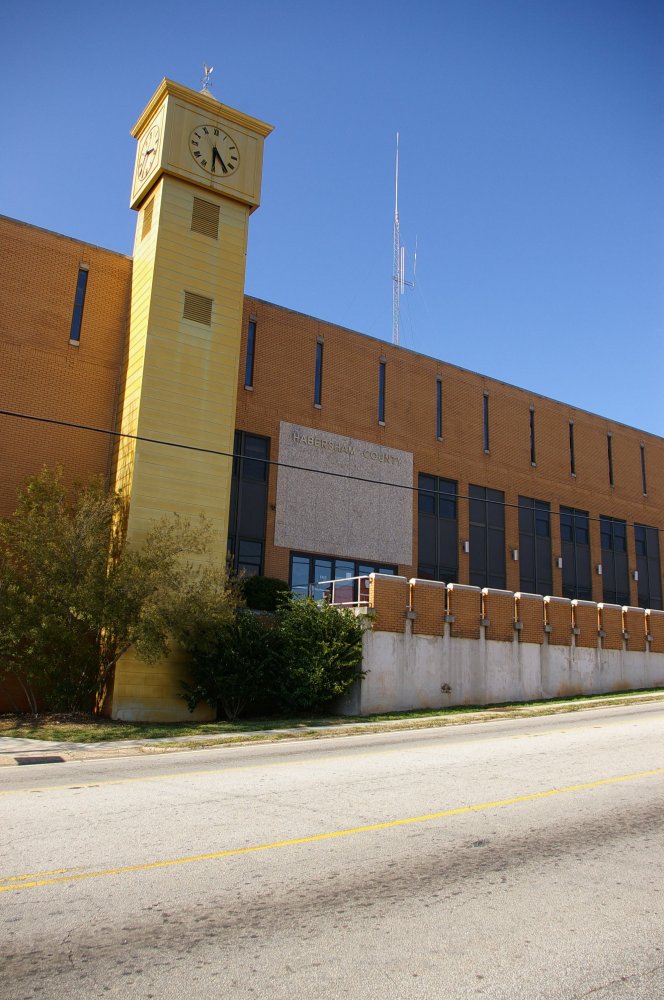 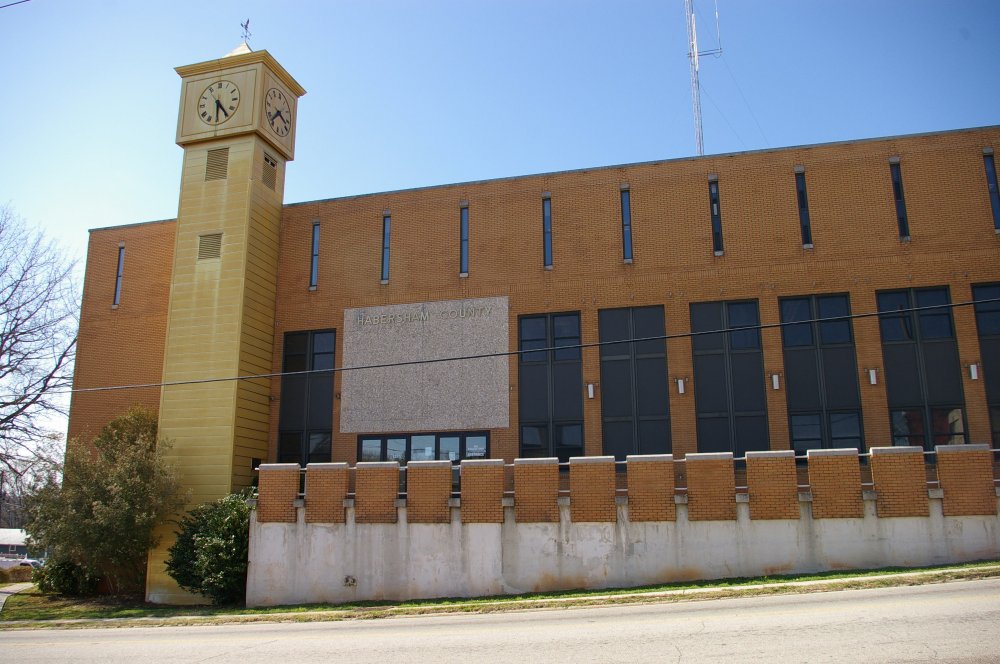 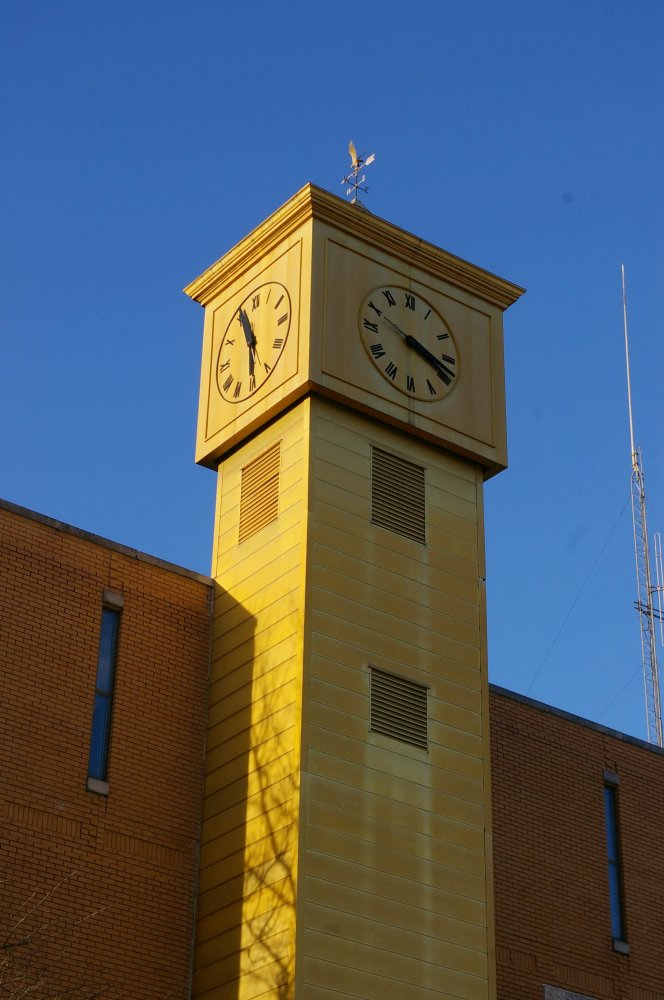 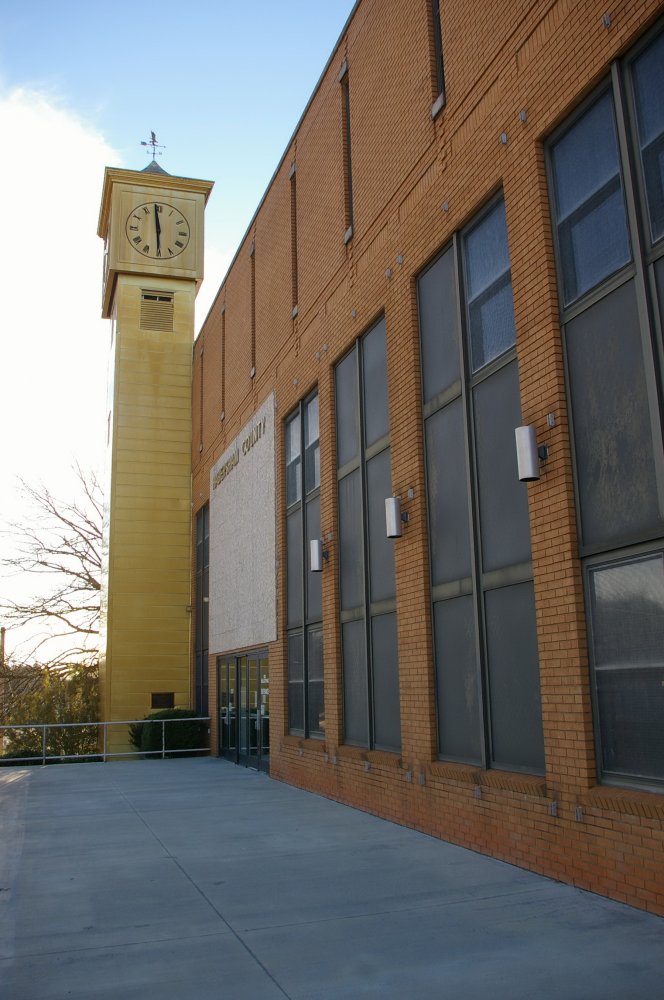 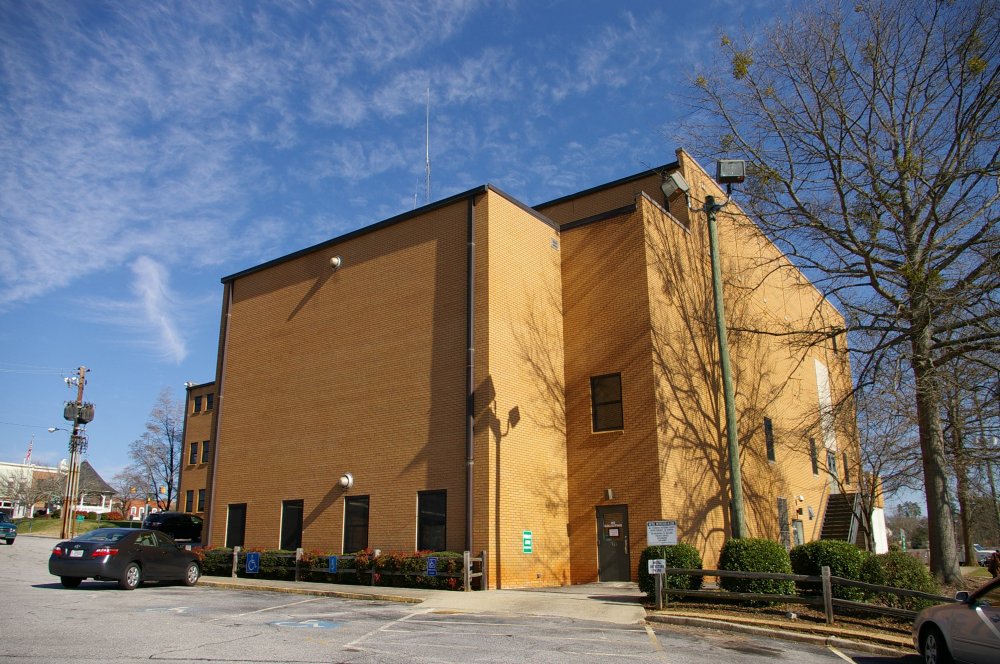 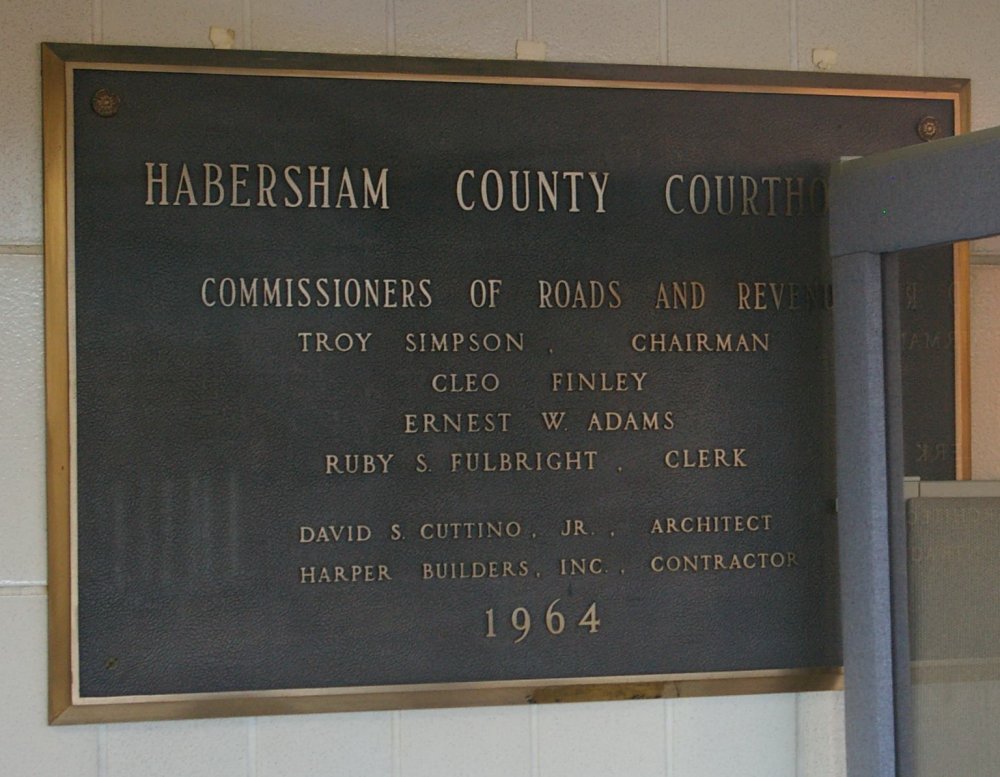 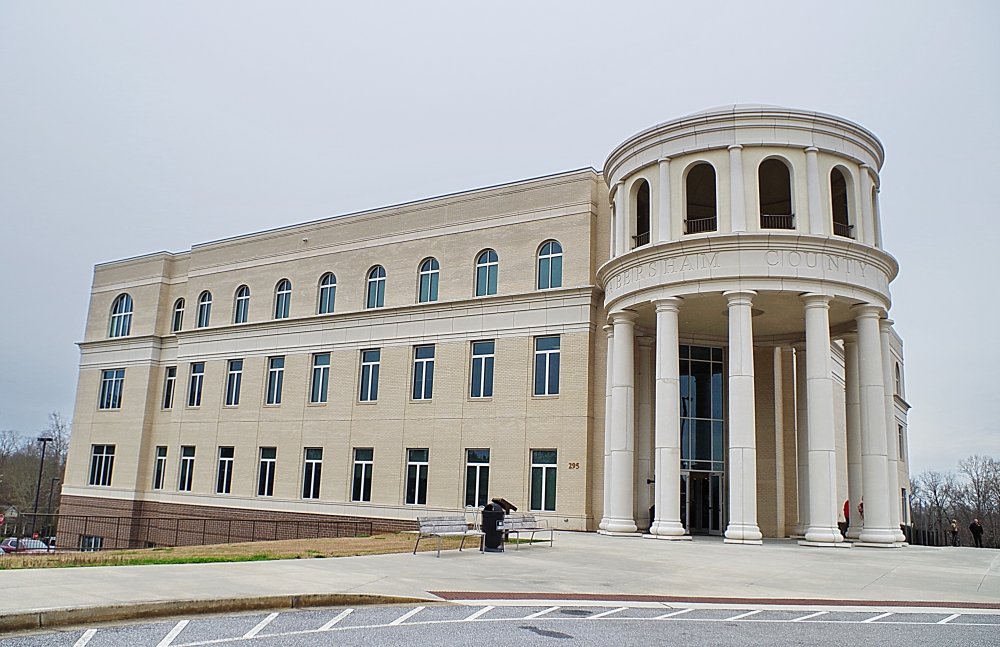 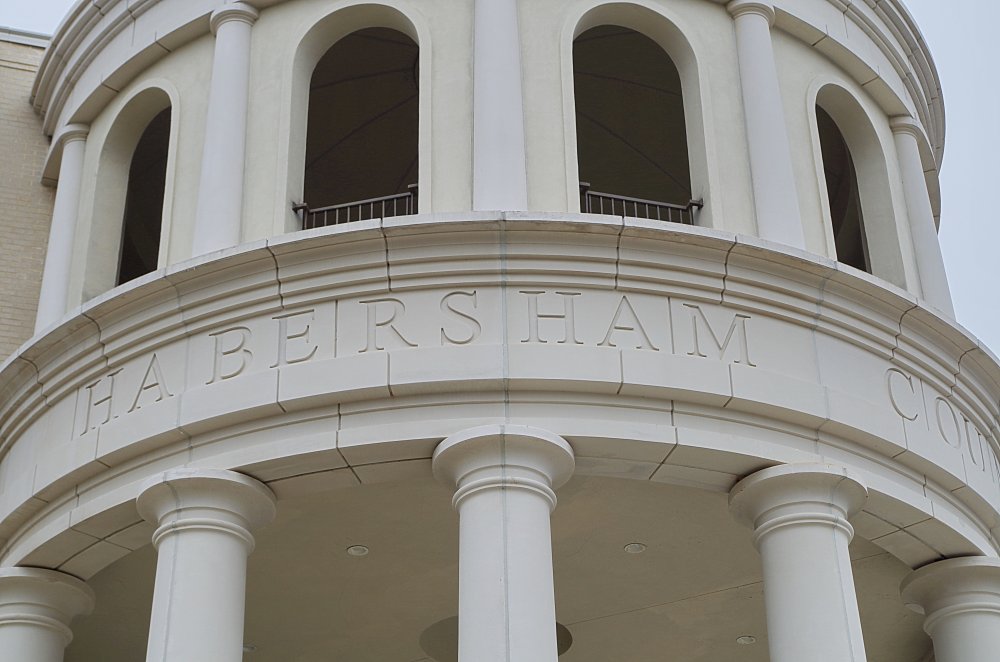 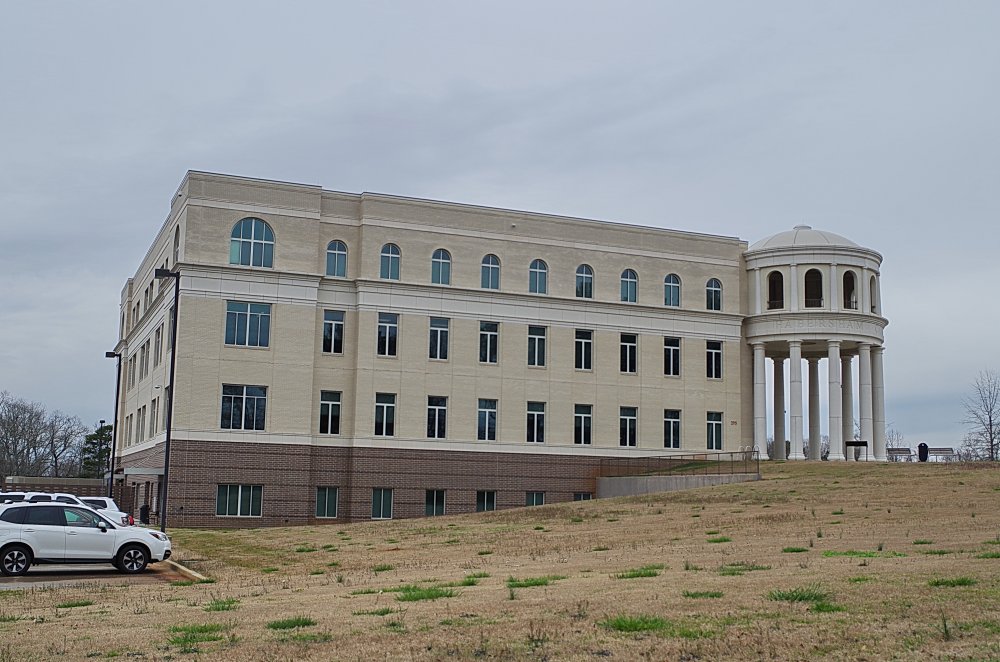