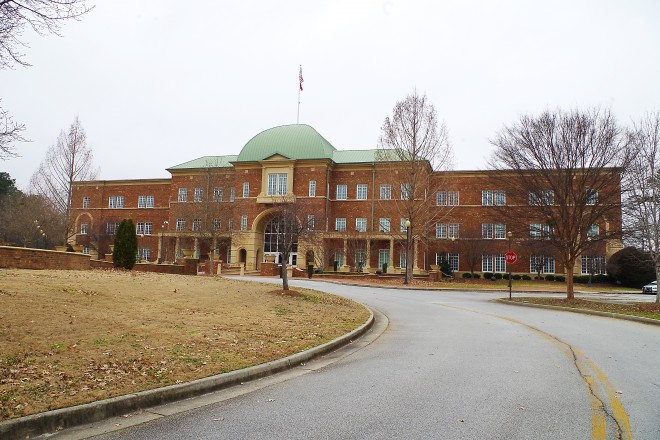 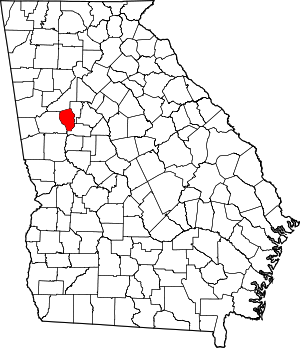 Description:  The building faces northeast and is a three story brown colored brick and concrete structure. The building is located on spacious landscaped grounds with fountain on the north side in the center of  Fayette. The north front has a projecting center section with large glass arch at the entrance and rising to a rounded green colored dome and green colored roof at the roof line. The middle section has a columned canopy along the first story. The building extends south to a wider section with flat roof line. The interior has a large open atrium. The building is the Fayette County Justice Center. 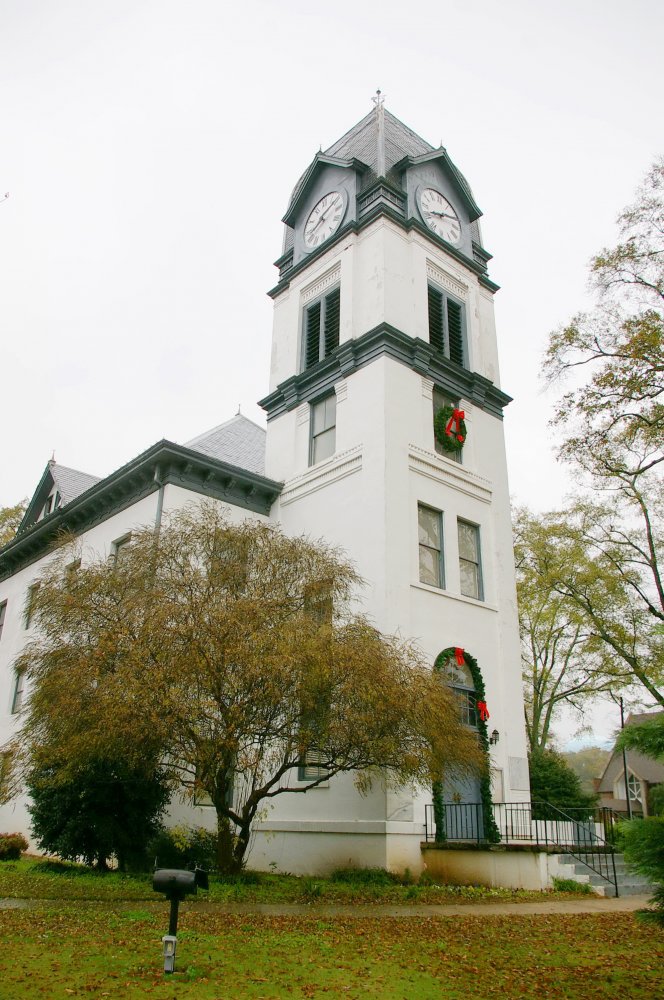 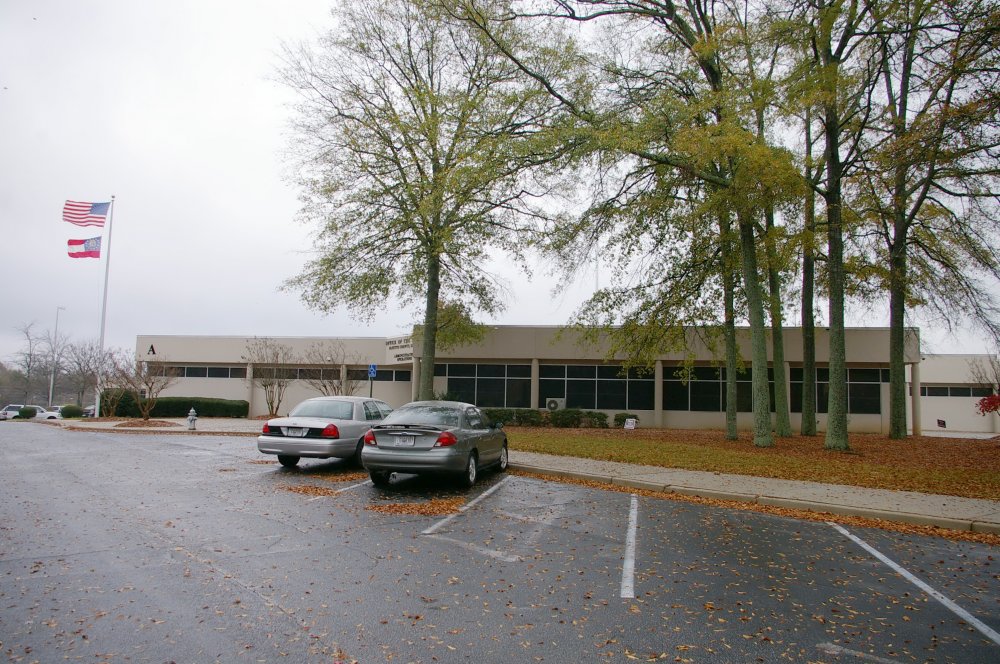 Description:  The building faces north and is a one story white colored concrete and glass structure. Ther building is located on landscaped grounds in the center of Fayette. There are concrete columns around the exterior wall and narrow horizontal windows. The roof line is flat. The building is now the Office of the Sheriff and is located near the new courthouse. 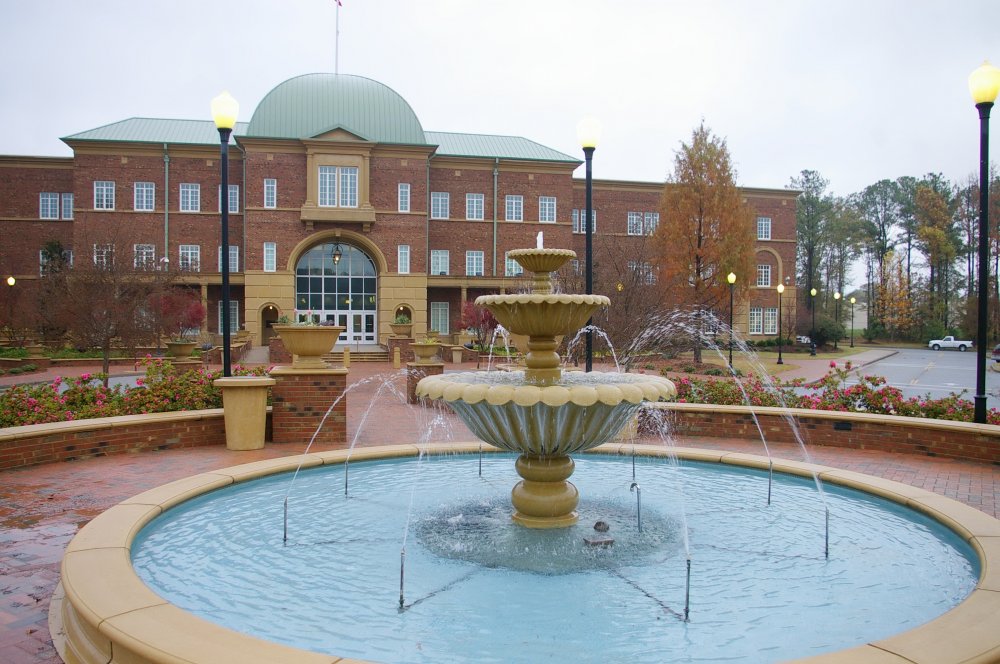 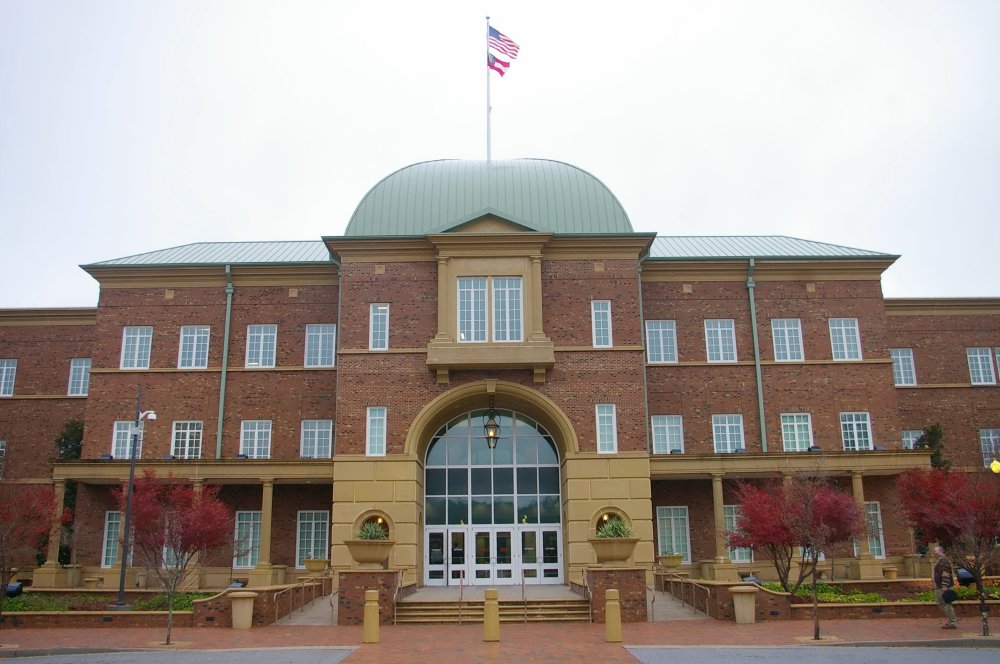 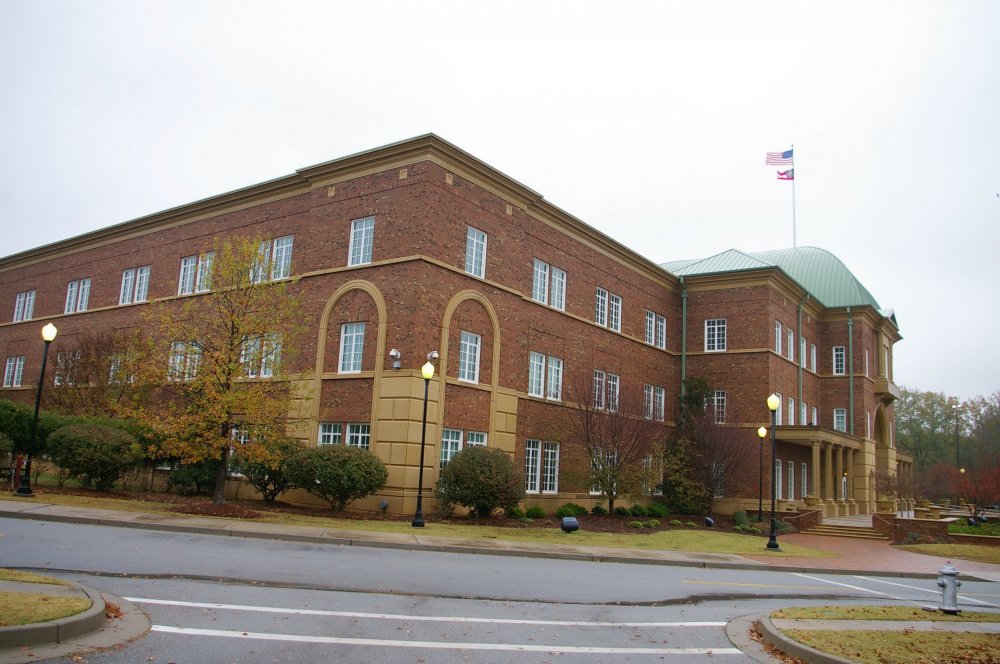 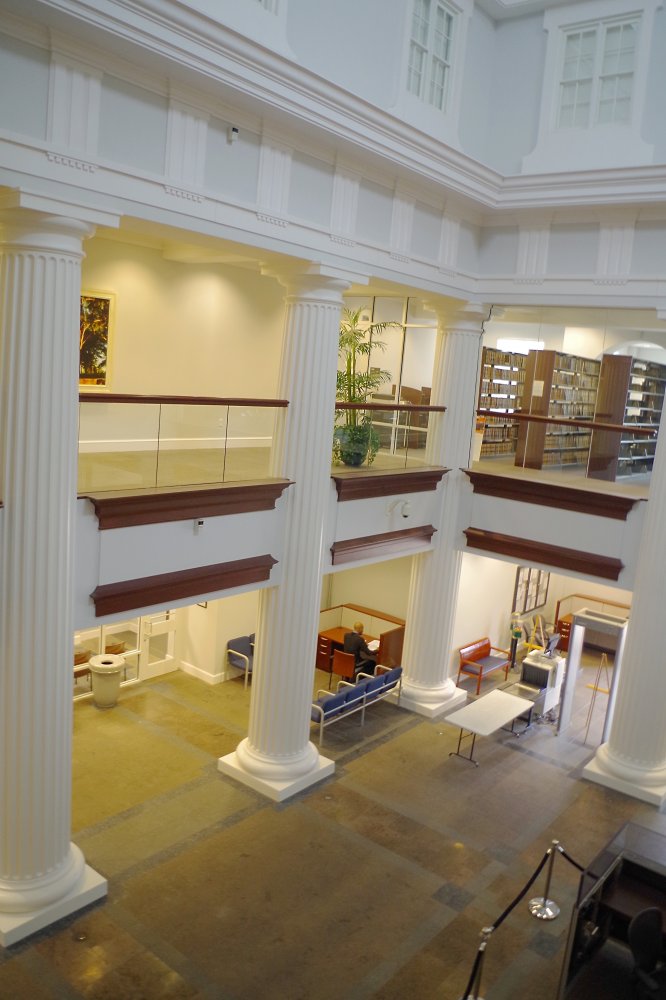 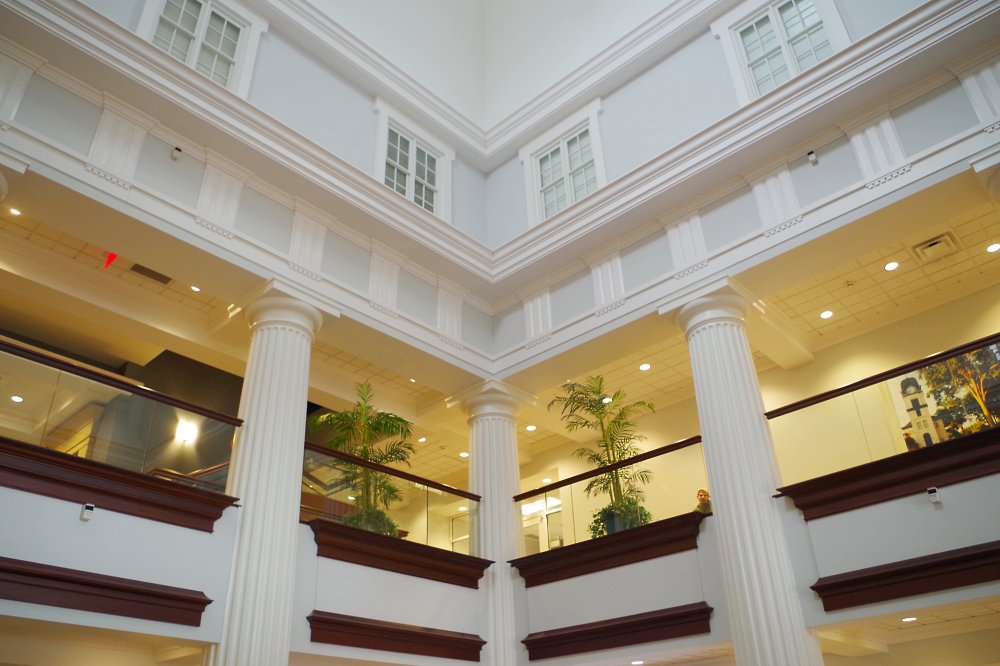 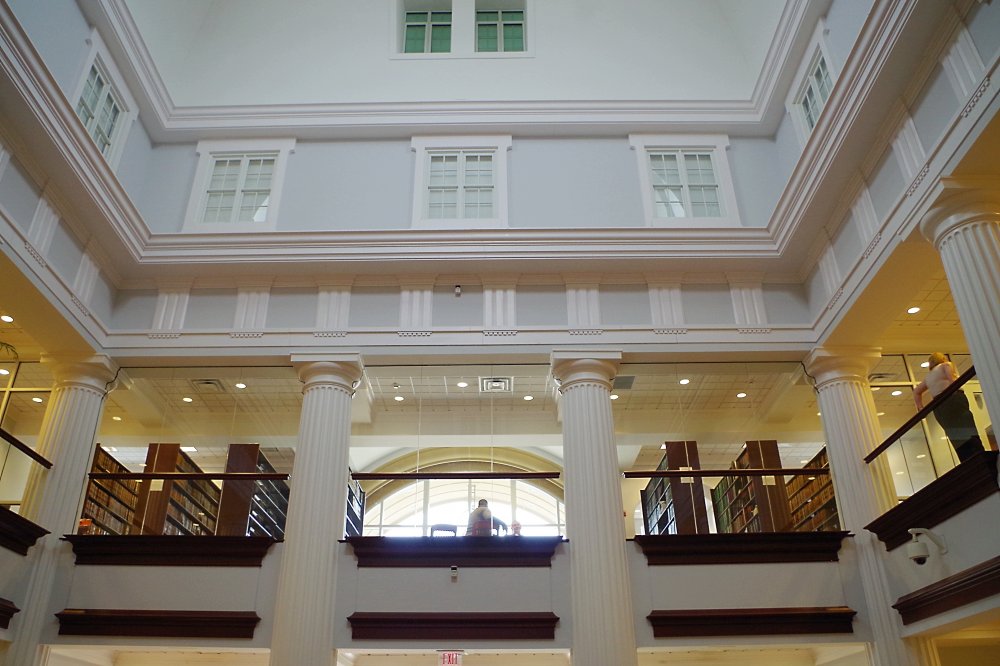 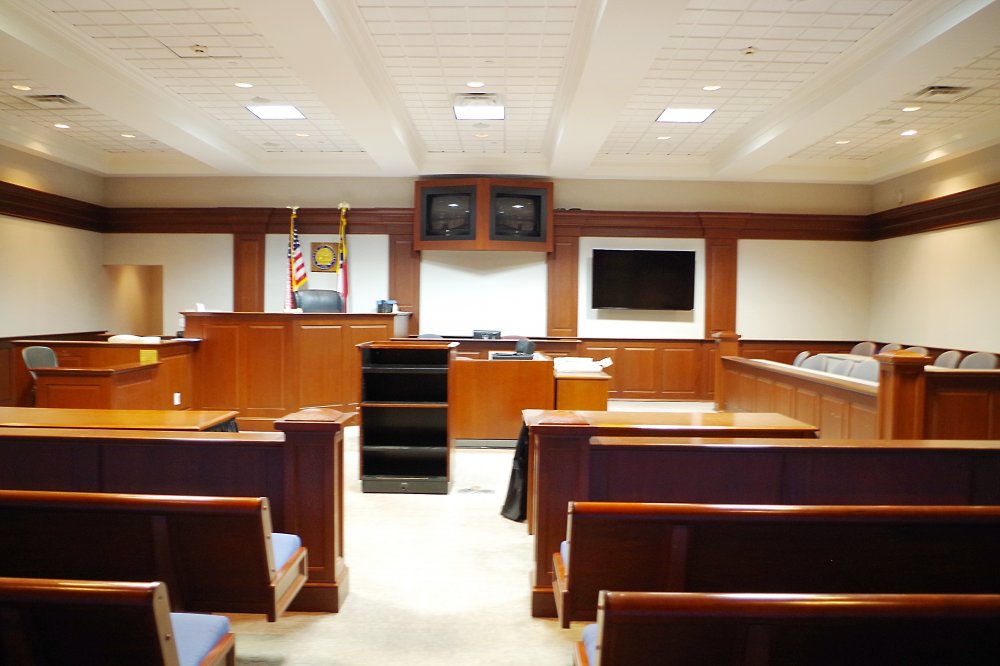 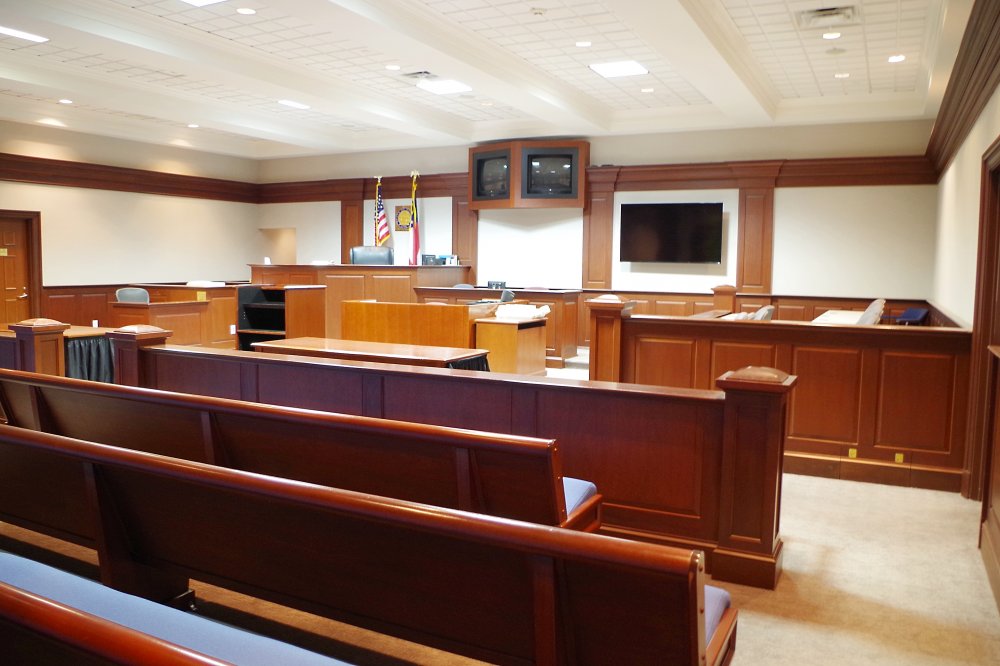 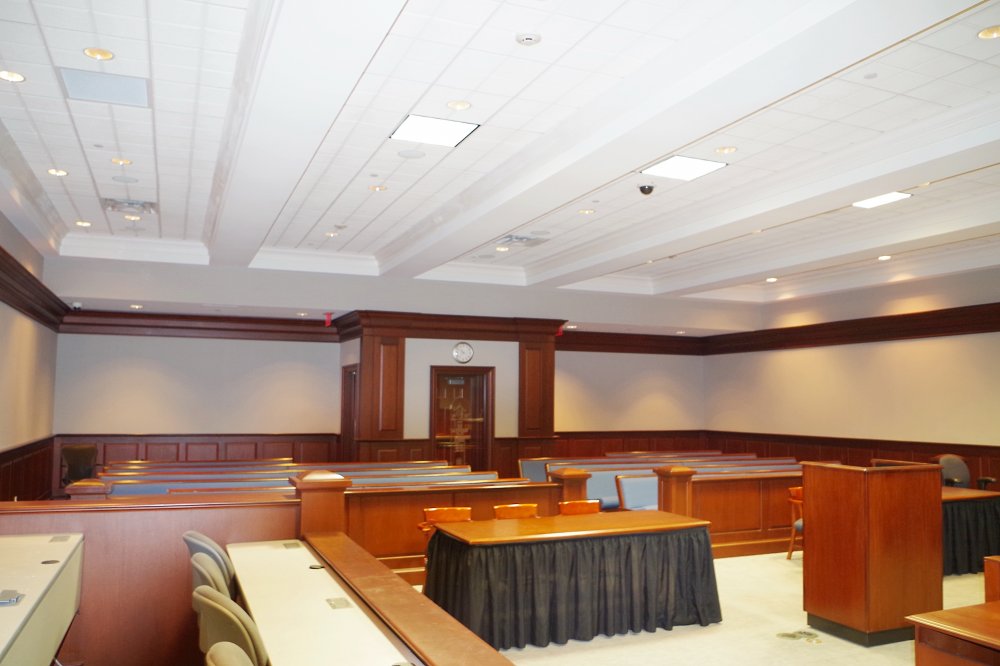 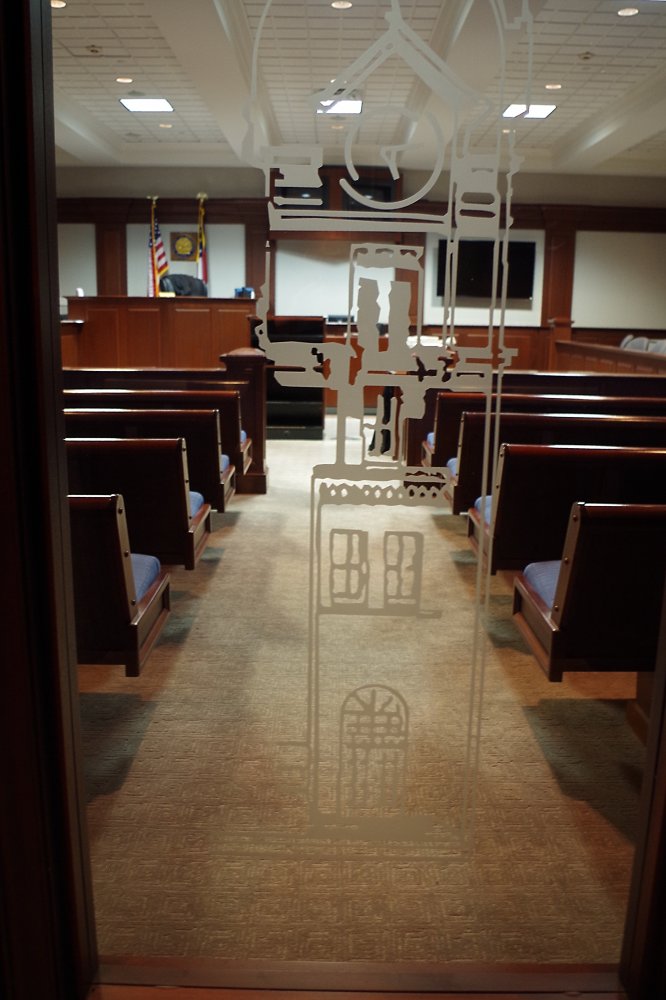 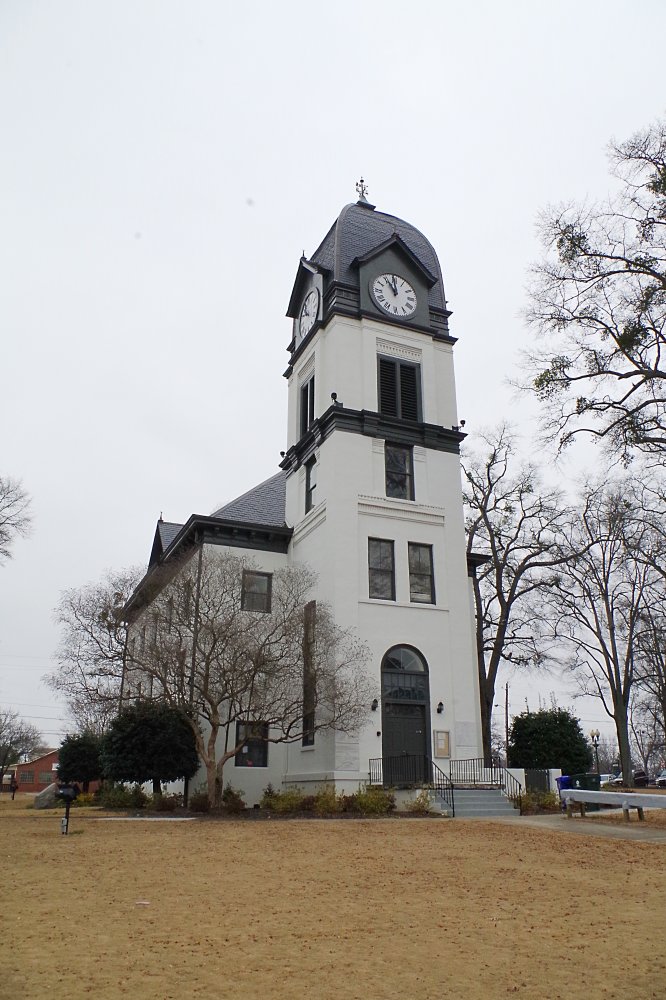