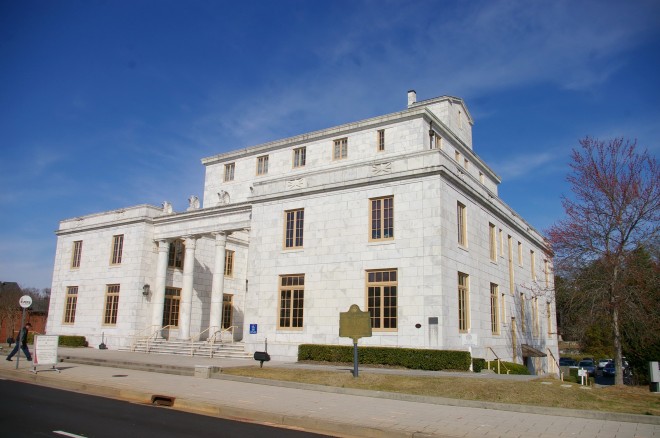 Cherokee County is named for the Cherokee Native American tribe.

Description:  The building faces south and is a four story white colored Georgia marble and concrete structure. The building is located on landscaped grounds in the center of Canton and is a “U” shape with arch across the south front with four columns and eagle statues along the top of the arch. The main entrance is recessed and framed with stone. The east and west front sections are two stories and the north section rises to four stories with a small section above. The courtroom is located on the second story. The building served as the courthouse until 1994. The building now houses the County Administration. The building was renovated in 1997. The architect was Jack Pyburn Architect, Inc.  of Atlanta and the contractor was Metric Corporation of Atlanta.

See:   Anthony Ten Eyck Brown also designed the courthouse in Fulton County and Clarke County; and in Florida in the Miami-Dade County. Description:  The building faces south and is a three story concrete and glass structure. The building is located on landscaped grounds in the center of Canton to the south of the old courthouse and forms a crescent shape with a west wing and south wing connected by the southwest center section. The southwest front has a large projecting center section with recessed entrance on the first story, large window on the second and third stories and flanked by double pillars rising to a pediment with clock at the roof line. The windows on the first story are large. The roof is sloped. 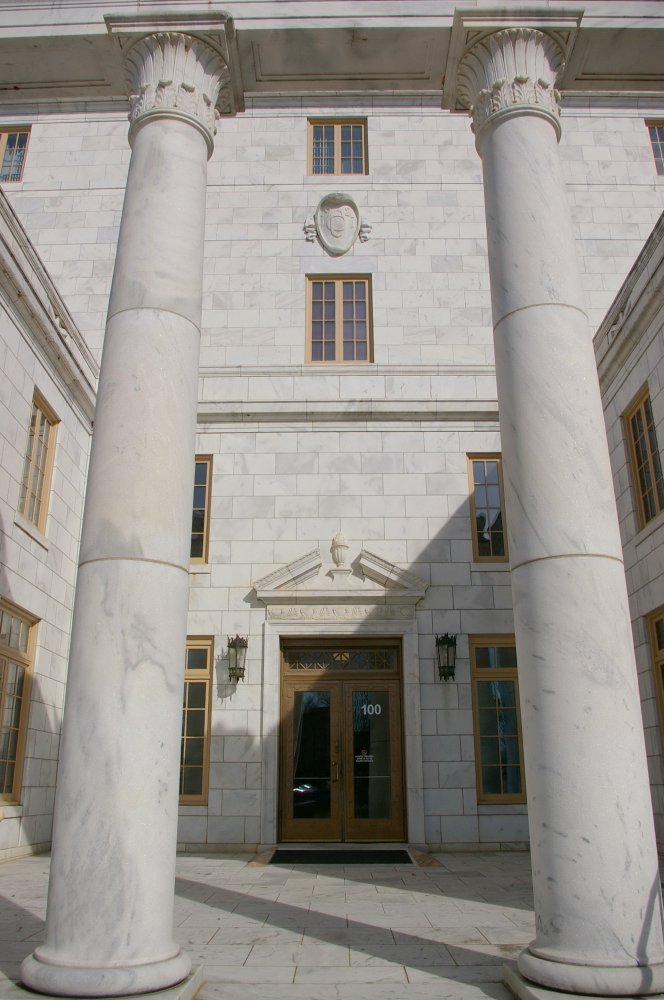