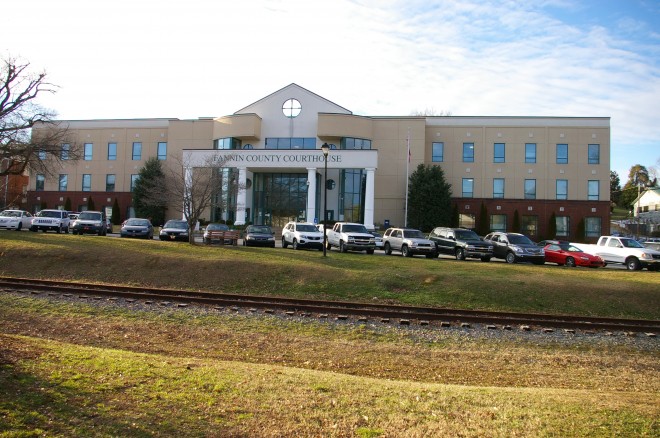 Fannin County is named for James Fannin, who was a Georgian who fought in the War for Texas Independence and was killed at Goliad. 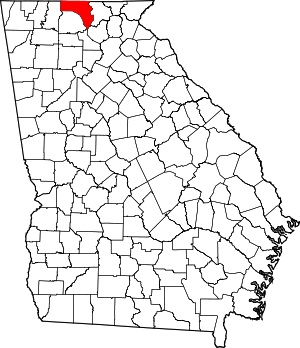 Description:  The building faces southeast and is a three story buff and dark red colored brick, concrete and glass structure. The building is located on landscaped grounds in the center of Blue Ridge. The southeast front has a large portico with four columns rising to a flat roof. The entrance is glass with a glass panel wall. Above is a peaked section with circular opening above the flat roof line. The first story is dark red colored brick on the north and south sections. 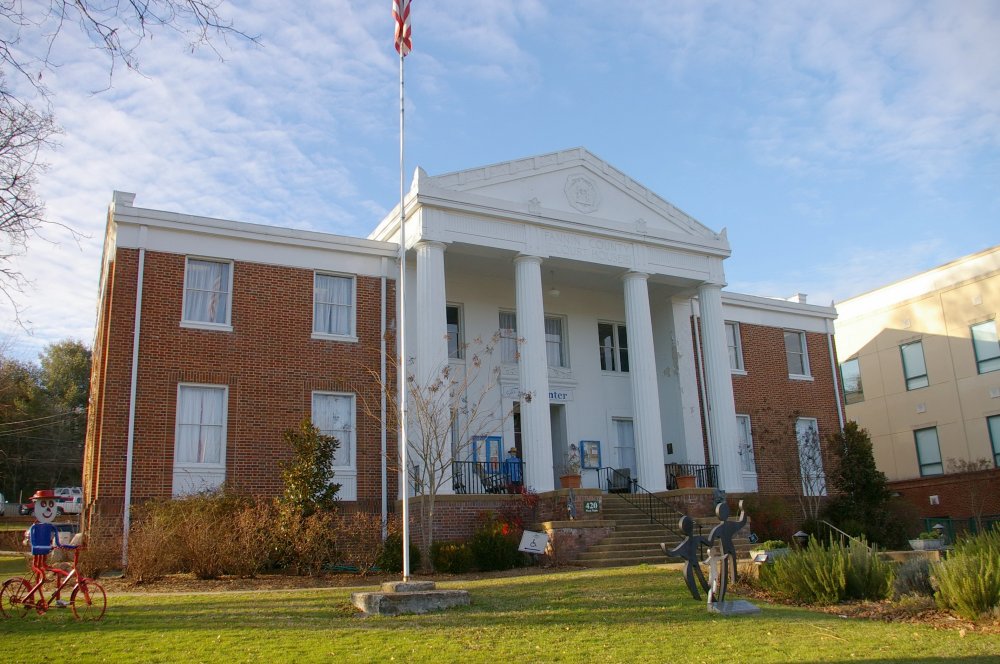 Description:  The building faces southeast and is a two story red colored brick and concrete structure. The building is located on landscaped grounds in the center of Blue Ridge to the south of the courthouse. The front has a large portico with four high columns rising to a wide pediment at the roof line. Behind the portico the wall are colored white. The building extends northwest. The building is now The Georgia Mountain Center for the Arts.

See:  The architect William A Edwards of Edwards, Sayward & Robert B Logan Associates also designed the courthouse in Tift County. 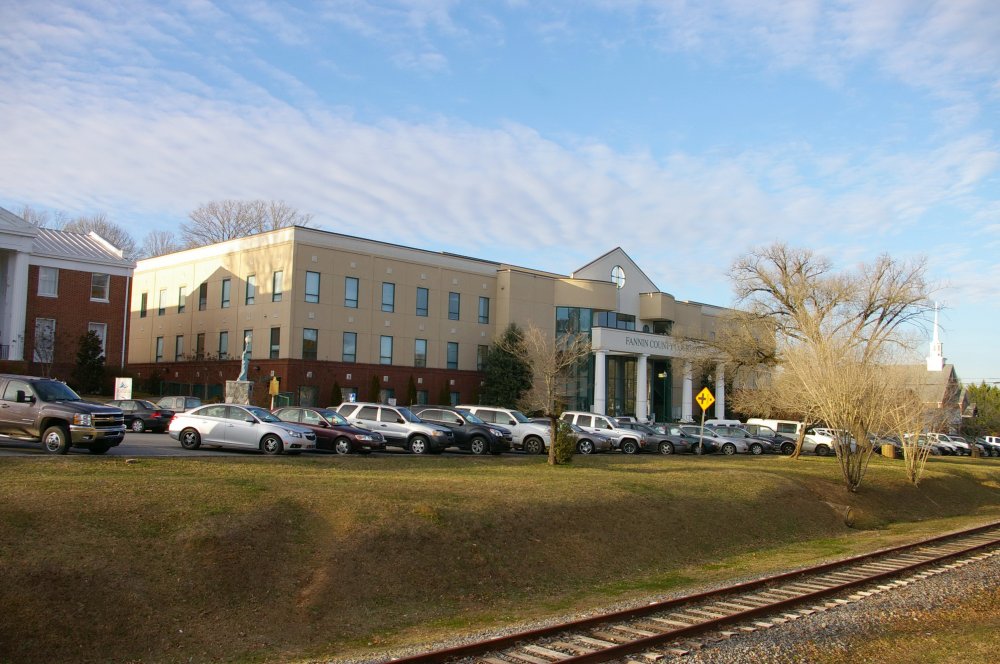 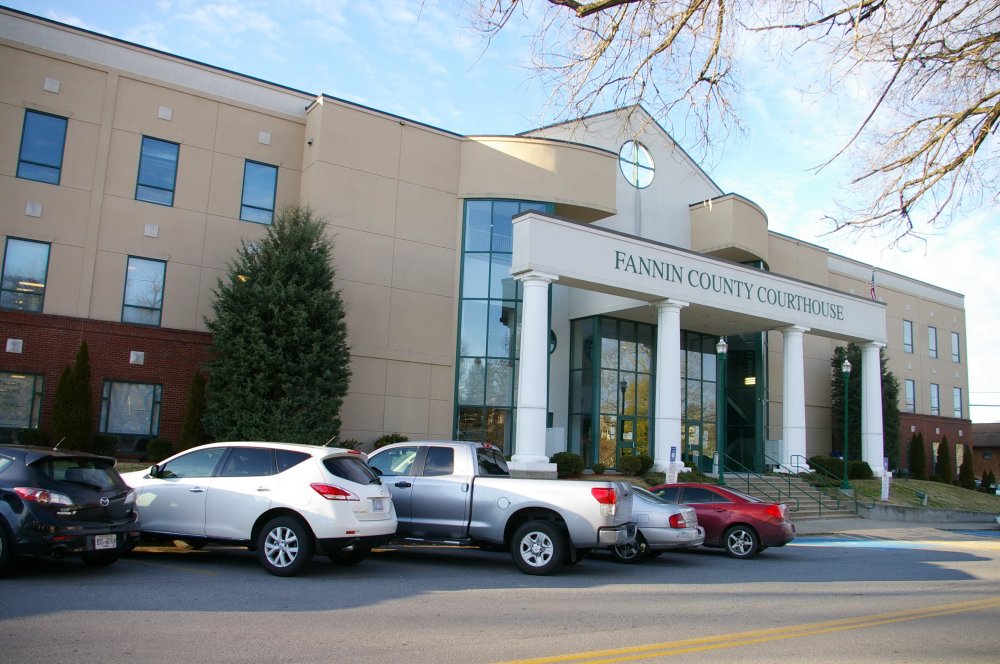 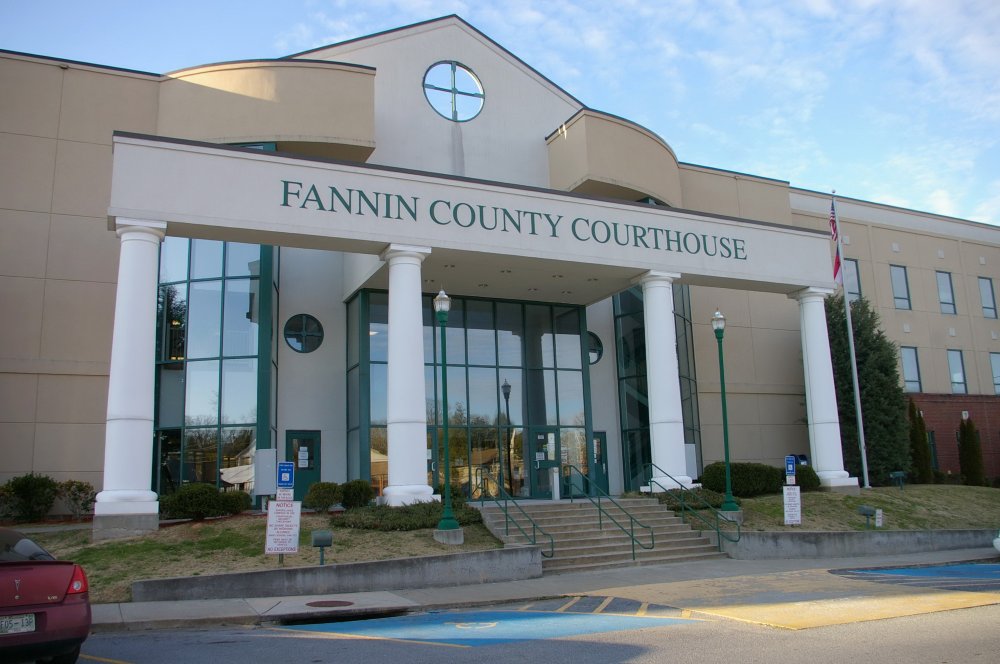 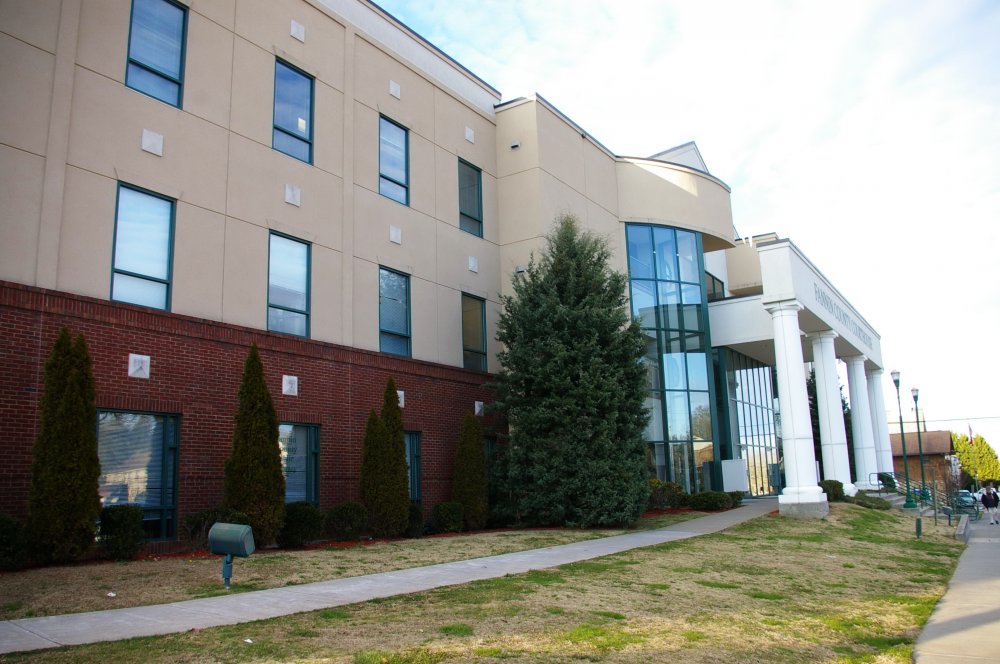 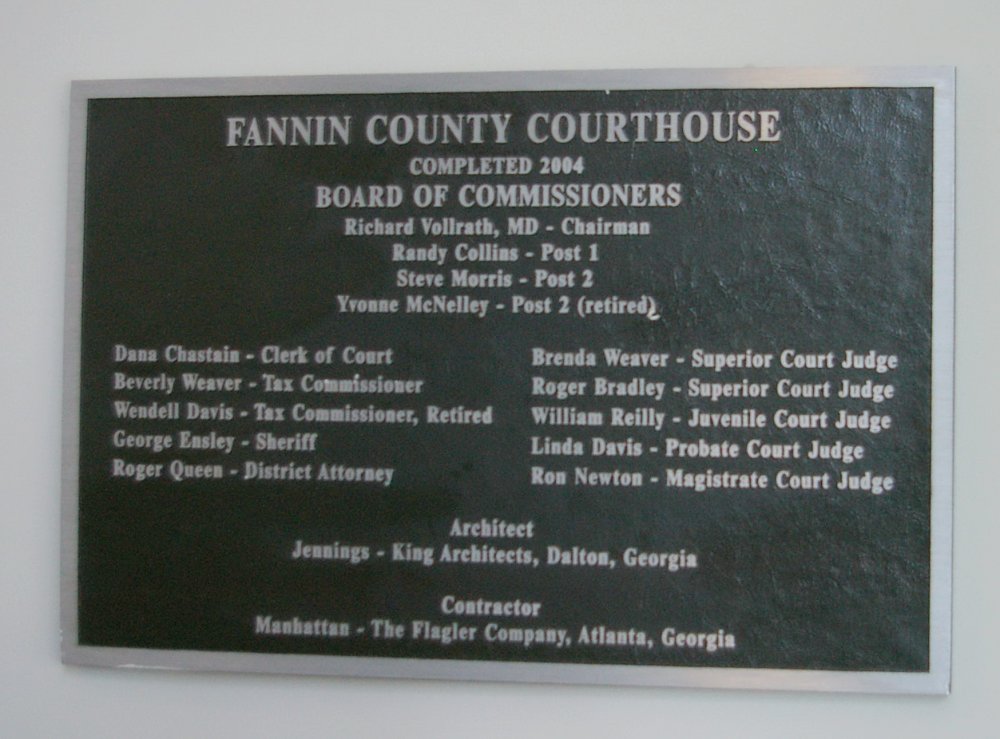 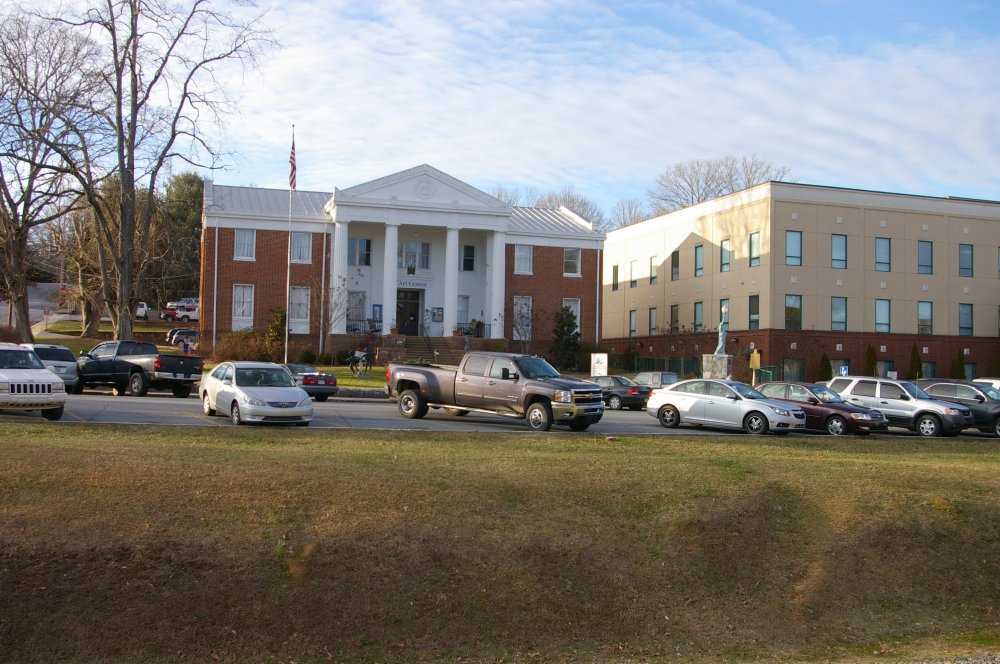 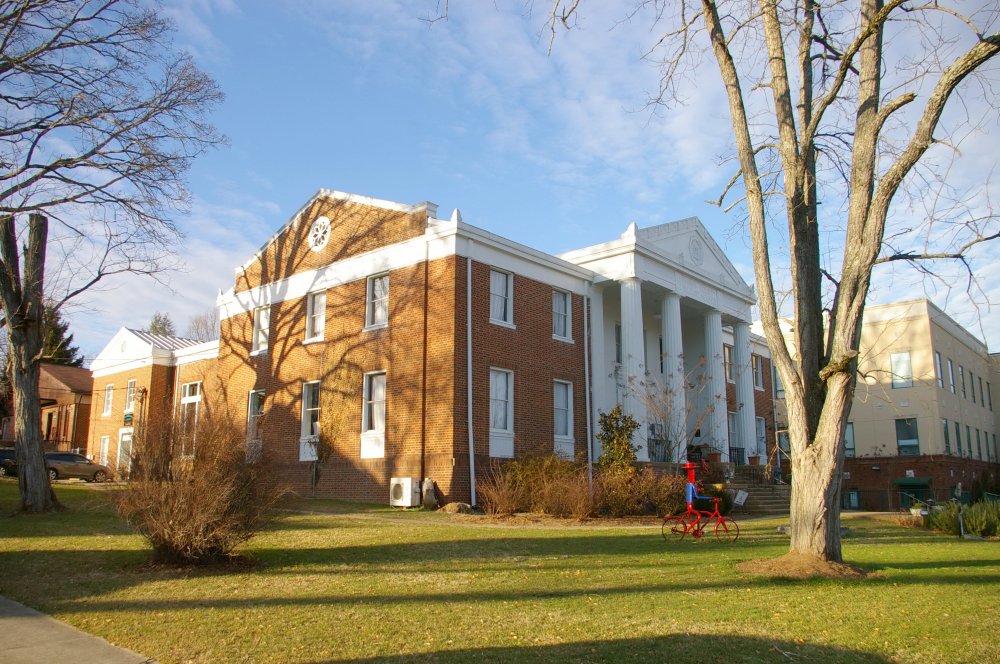 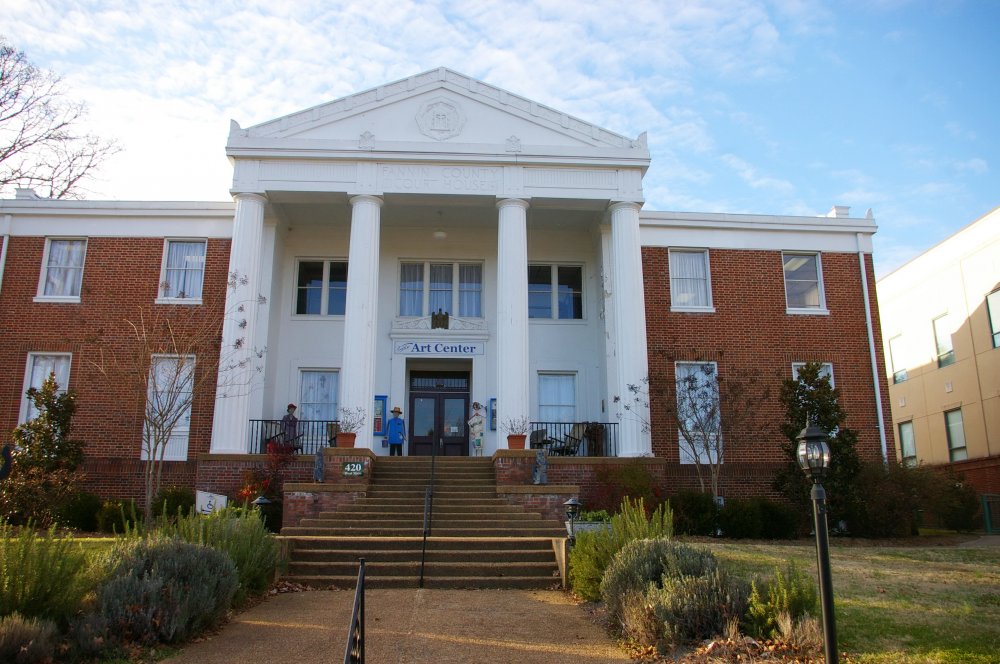 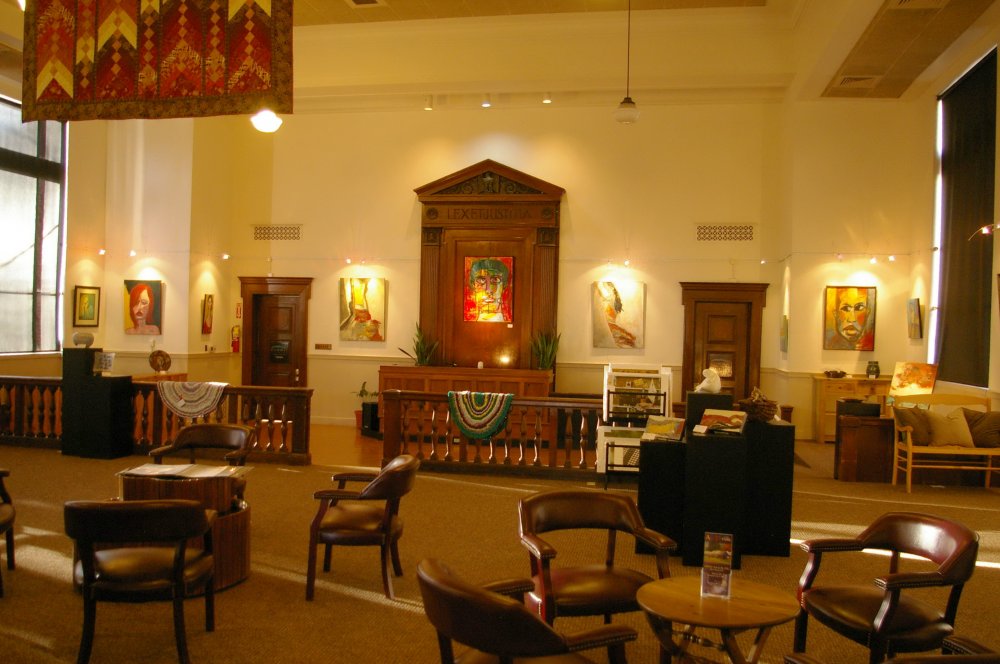 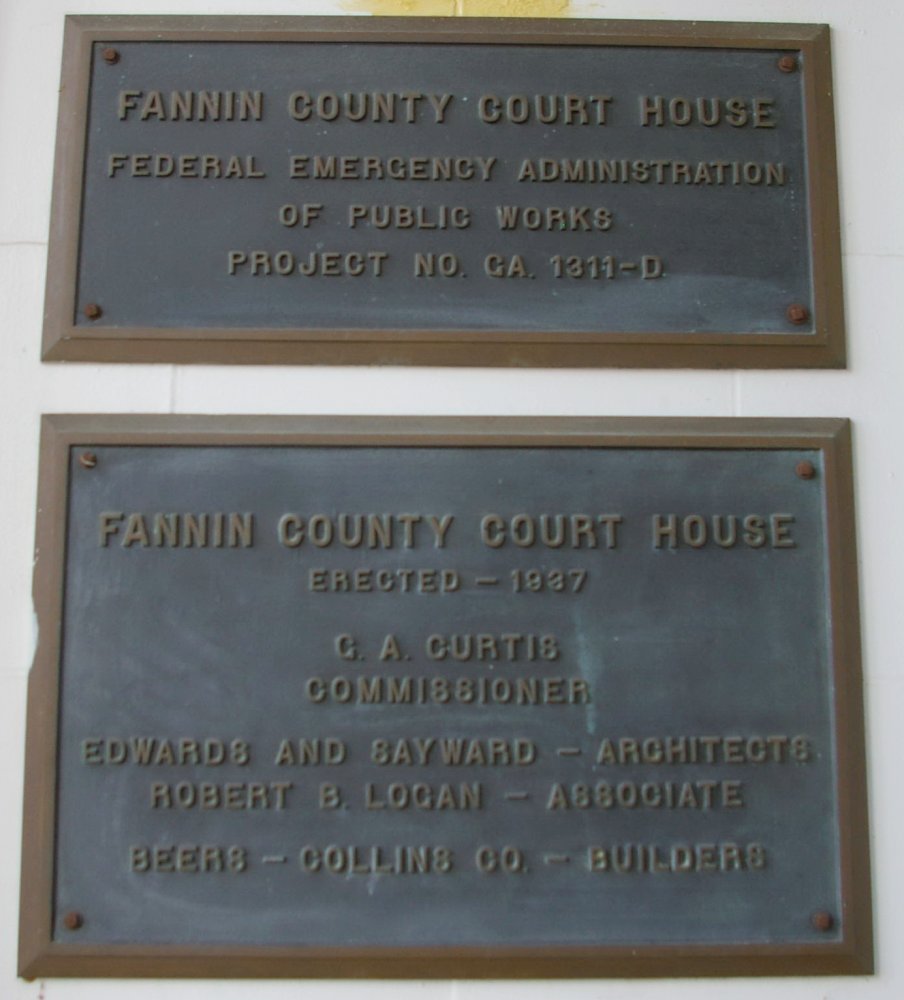 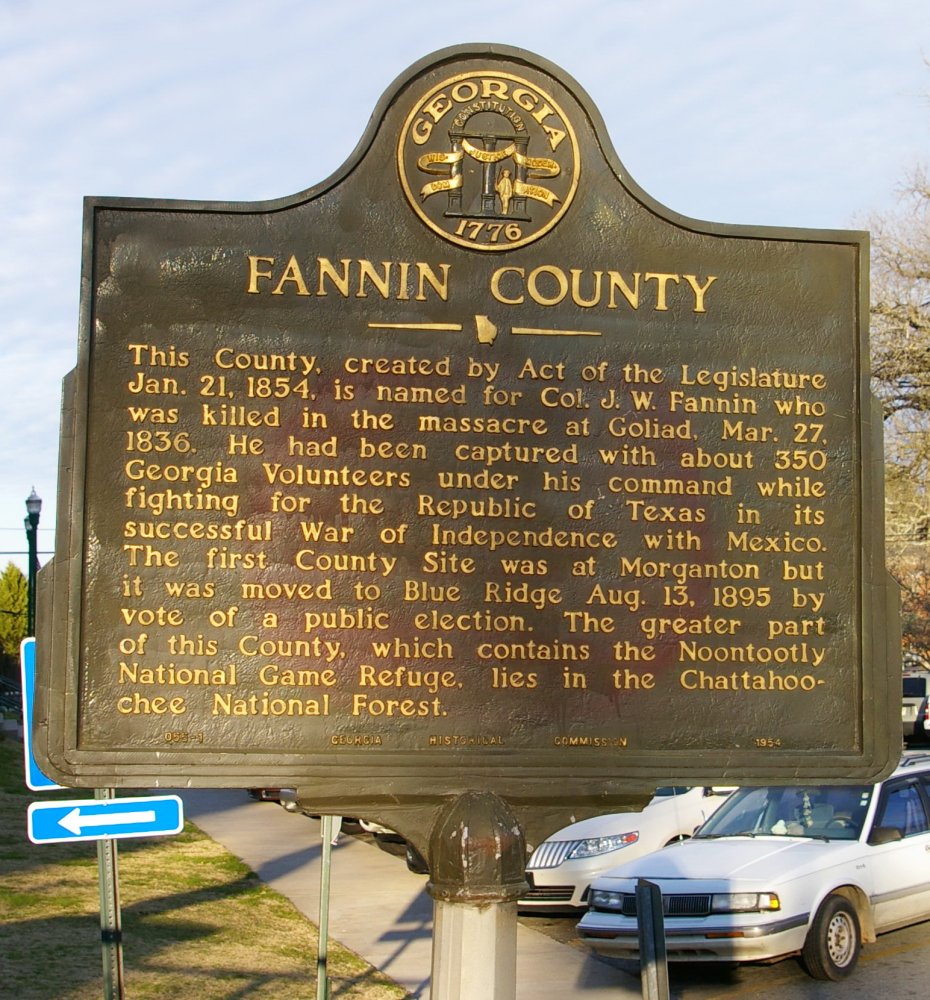