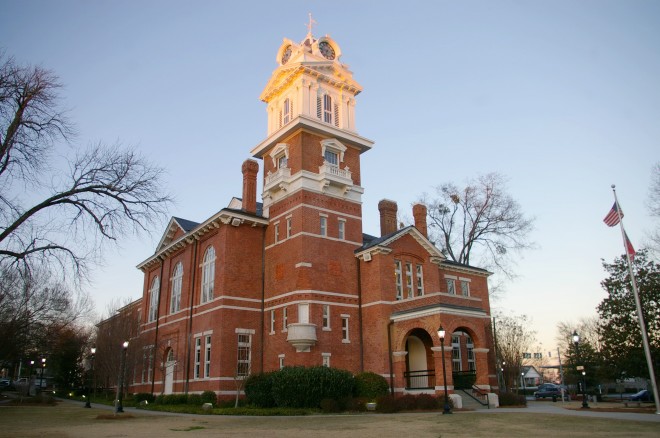 Gwinnett County is named for Button Gwinnett, who was a signer of the Declaration of Independence and a provisional Governor of Georgia. 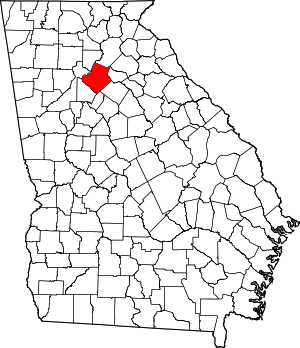 Description:  The building faces south and is a two story red colored brick and stone structure. The building is located on landscaped grounds in the center of Lawrenceville. The south front has a one story portico with arches on three sides. The center section projects from the main building and rises to a peak at the roof line. On the southwest corner is a large square red colored brick clock tower rising four stories with balconies at the third story and white colored section at the fourth story with clock and white colored dome at the top. The small balcony on the corner of the front of the courthouse was originally used to summon jurors from the square. The east and west sides have central sections which rise to peaks at the roof line. The roof is gabled. The minaret tower was replaced in 1908 and the clock designed by Mr. McKinney of Gwinnett County was installed by J D Nash of Gwinnett County. On the north side is a two story red colored brick addition. The north wing was constructed in 1935 under the Works Progress Administration. The contractor was Mr. Jenkins plus convict labor.The.building now houses the Gwinnett Historical Society. 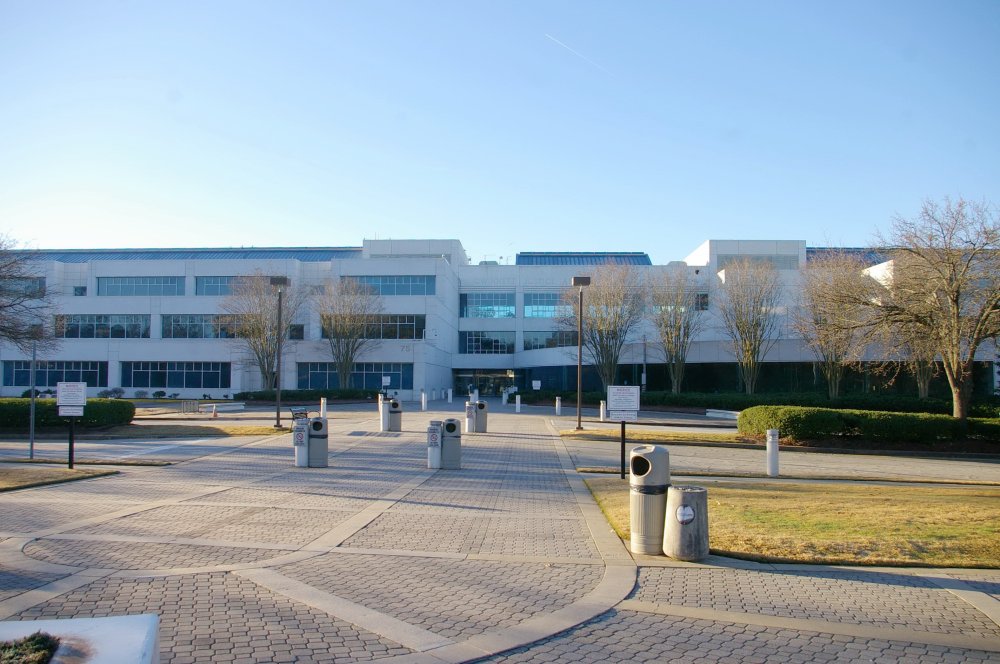 Architect:  Henningson, Durham and Richardson of Dallas, Texas and Plus of Norcross

Contractor:  Henningson, Durham and Richardson of Dallas, Texas and Plus of Norcross 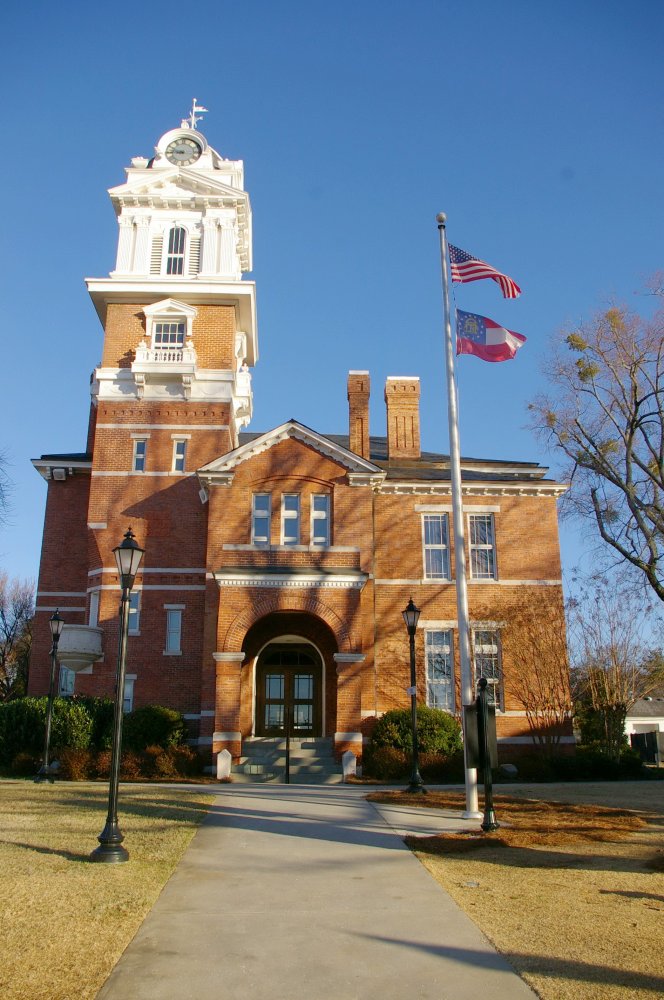 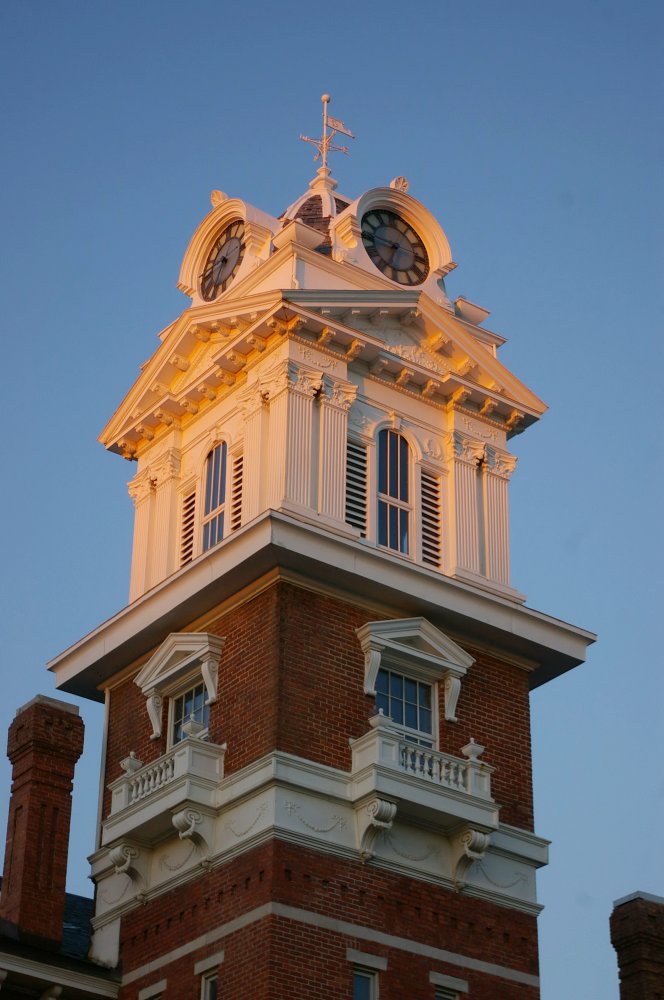 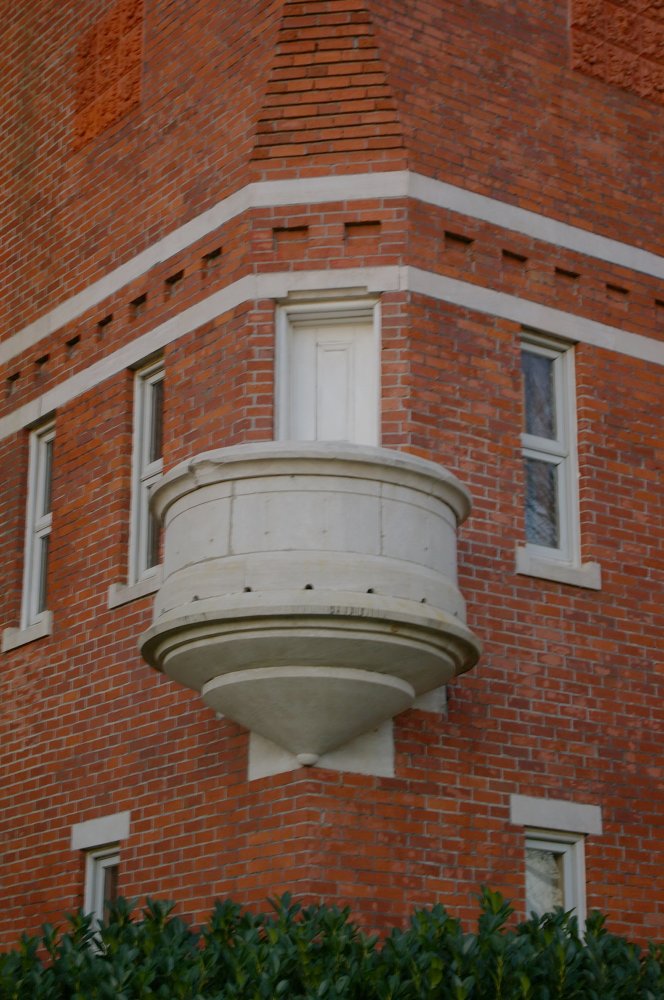 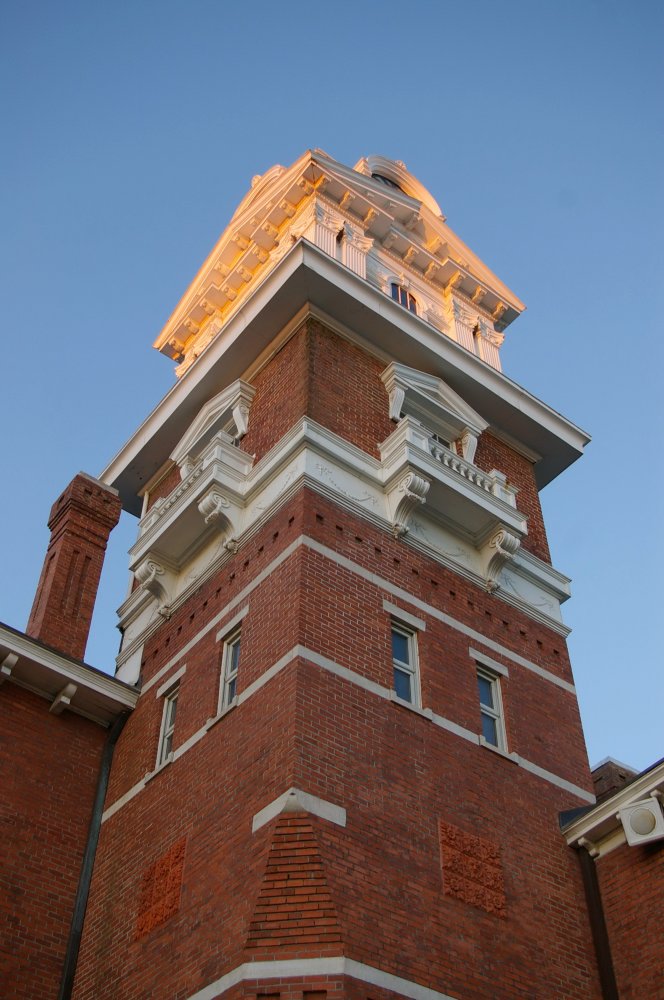 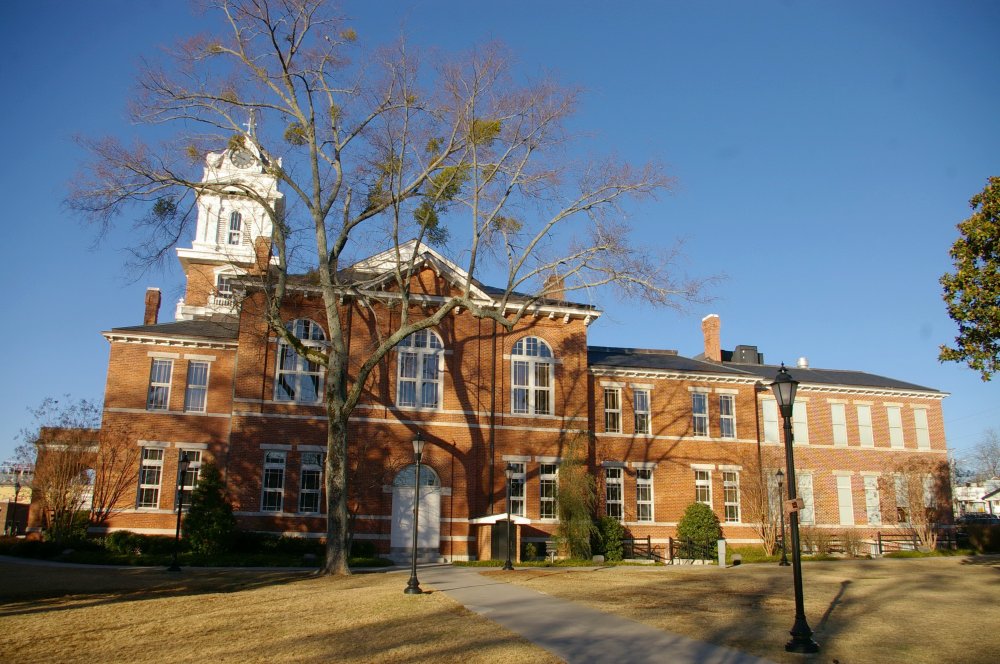 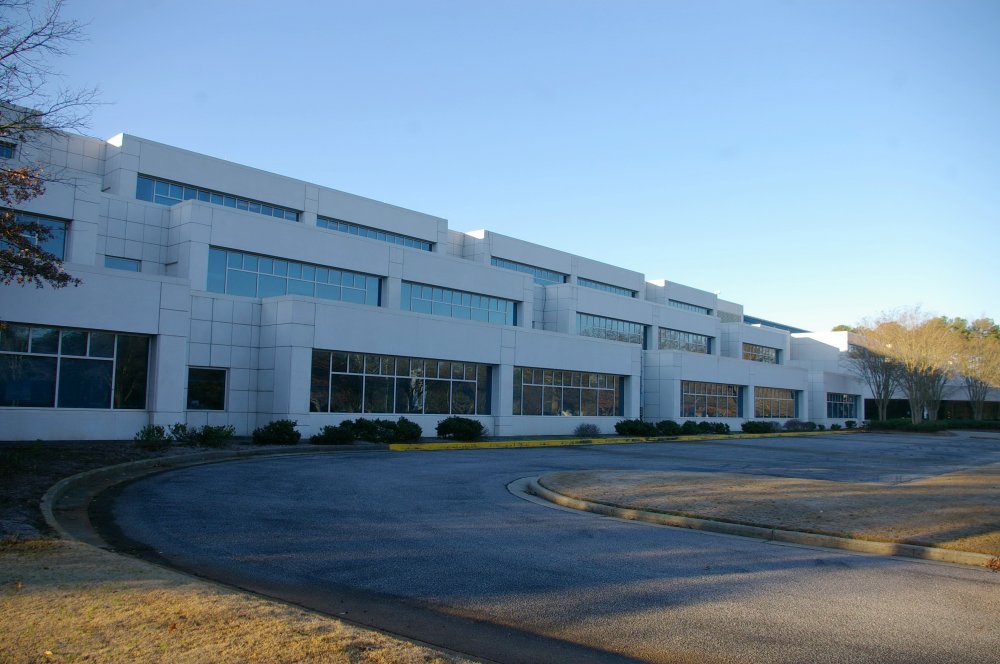 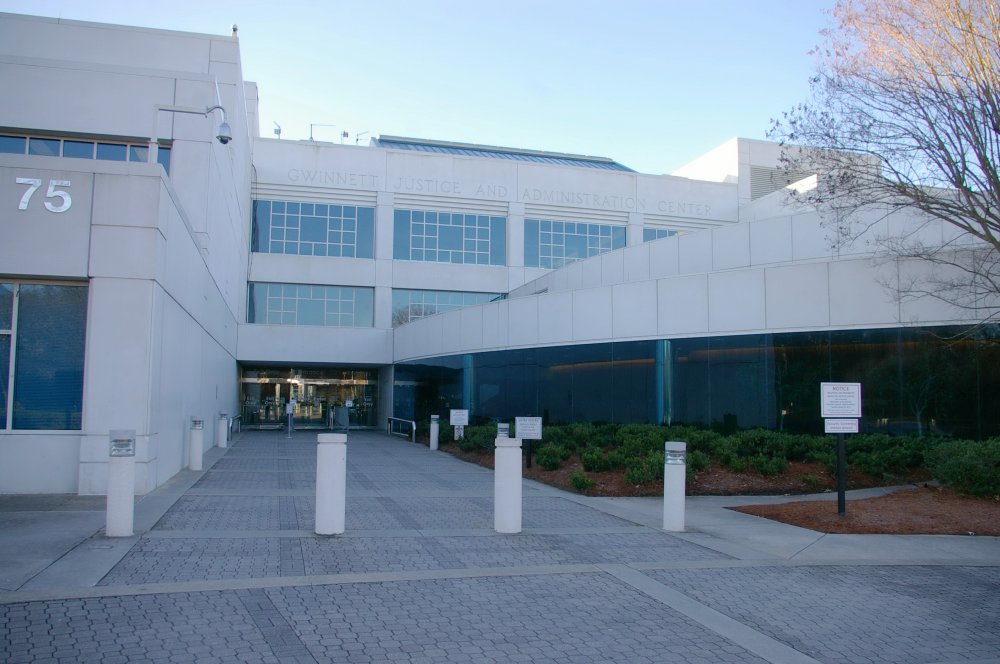 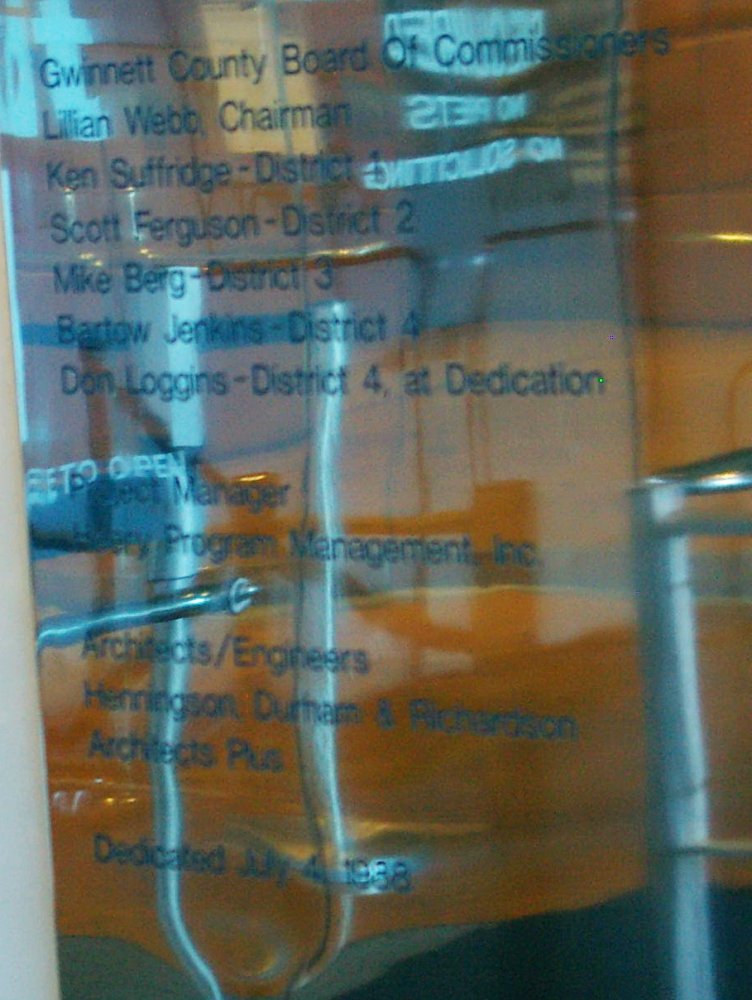