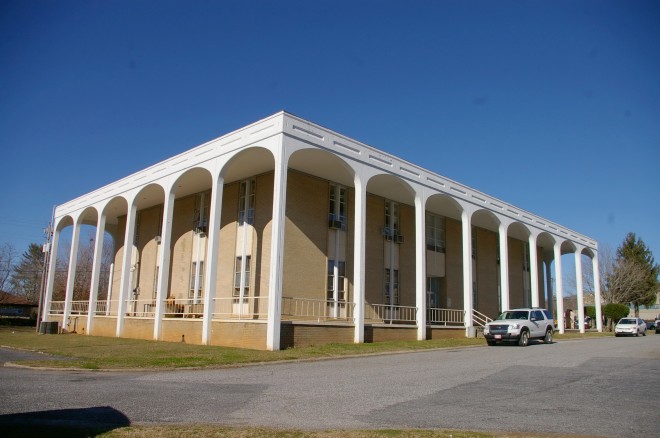 Towns County is named for George Washington Towns, who was a Governor of Georgia. 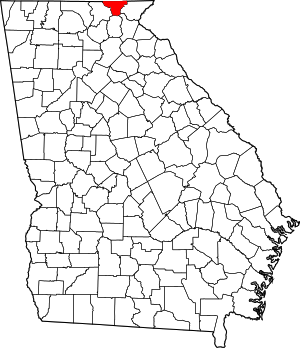 Description:  The building faces northeast and is a two story buff colored brick, concrete and glass structure. The building is located on landscaped grounds in the center of Hiawassee and is rectangular. The northeast front has a large porch supported by seven pillars rising to arches below the roof line. The central entrance has glass panels rising to the second story. The roof extends out from the building on all sides. The roof line is flat. The building houses the County Superior Court, County Juvenile Court, County Probate Court and County Magistrate Court of the 9th Judicial Administrative District.

Note:  The highest point in Georgia is Brasstown Bald Mountain at 4784 feet ( 1458 meters ) which is located in the county. 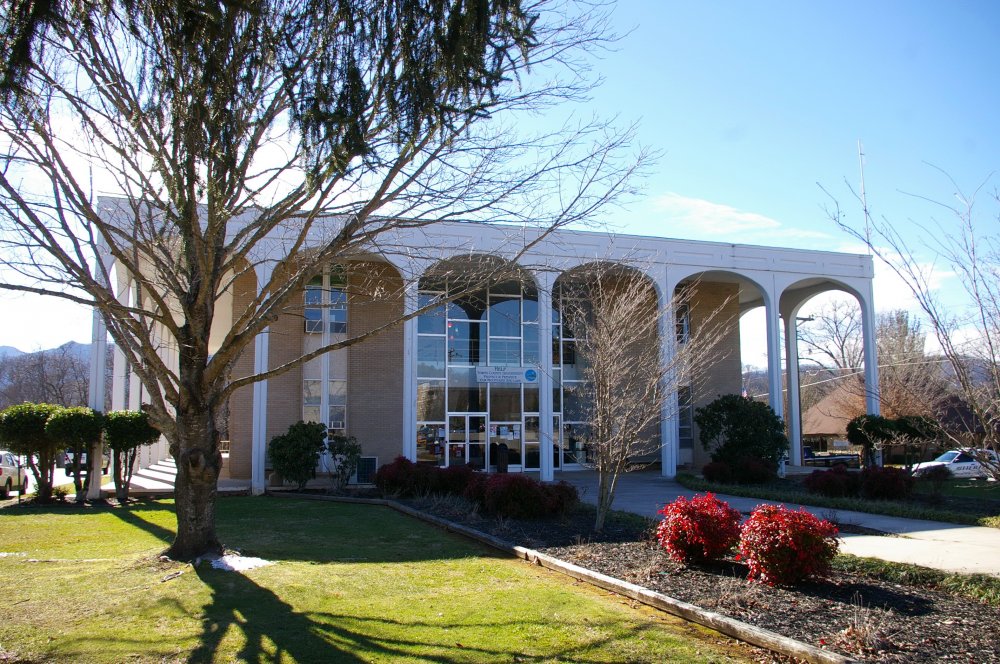 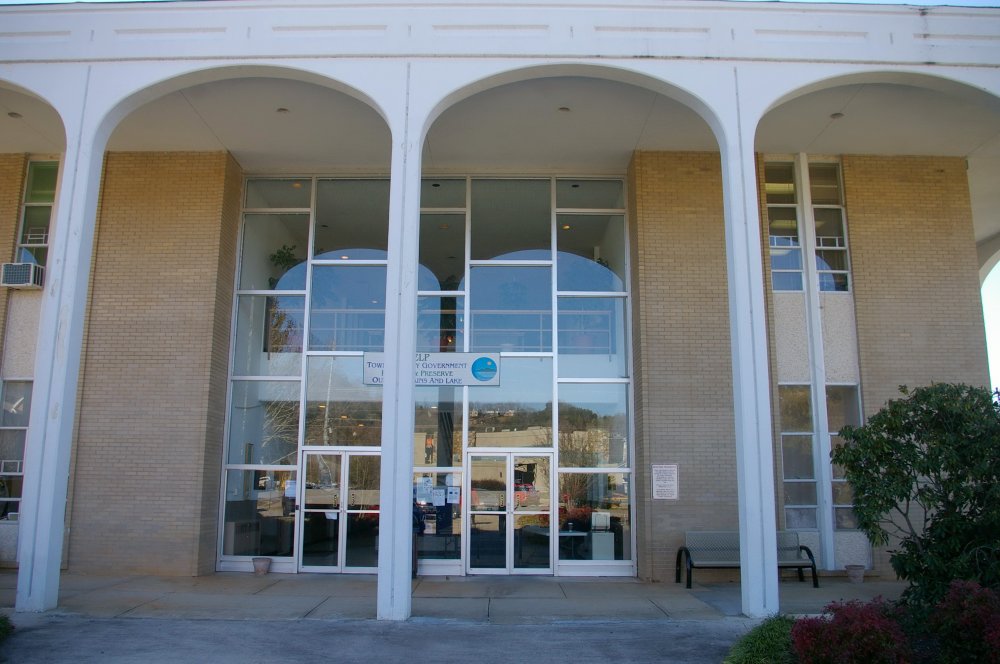 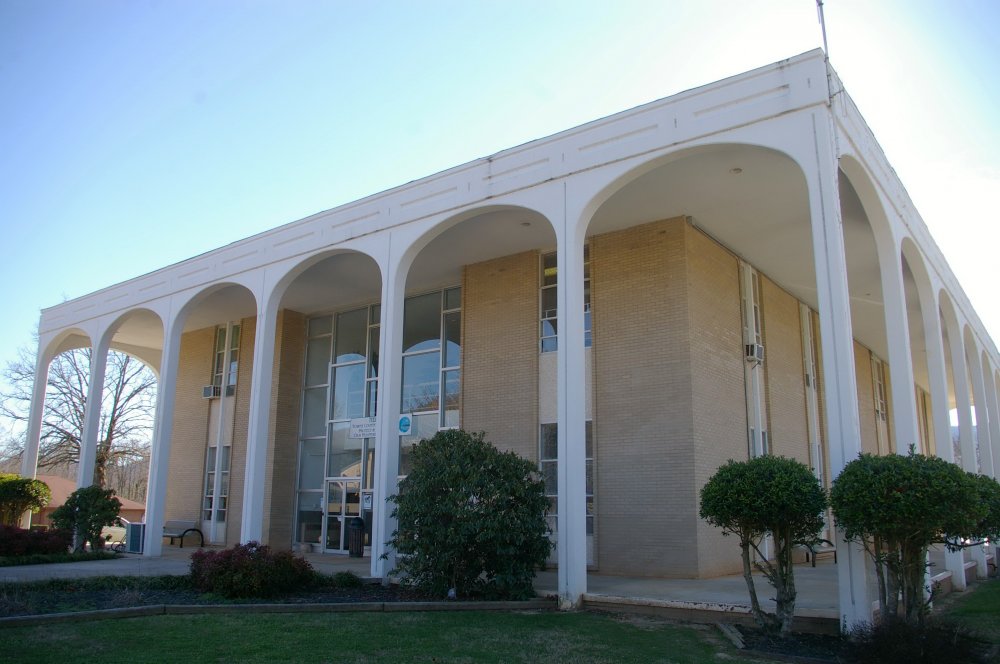 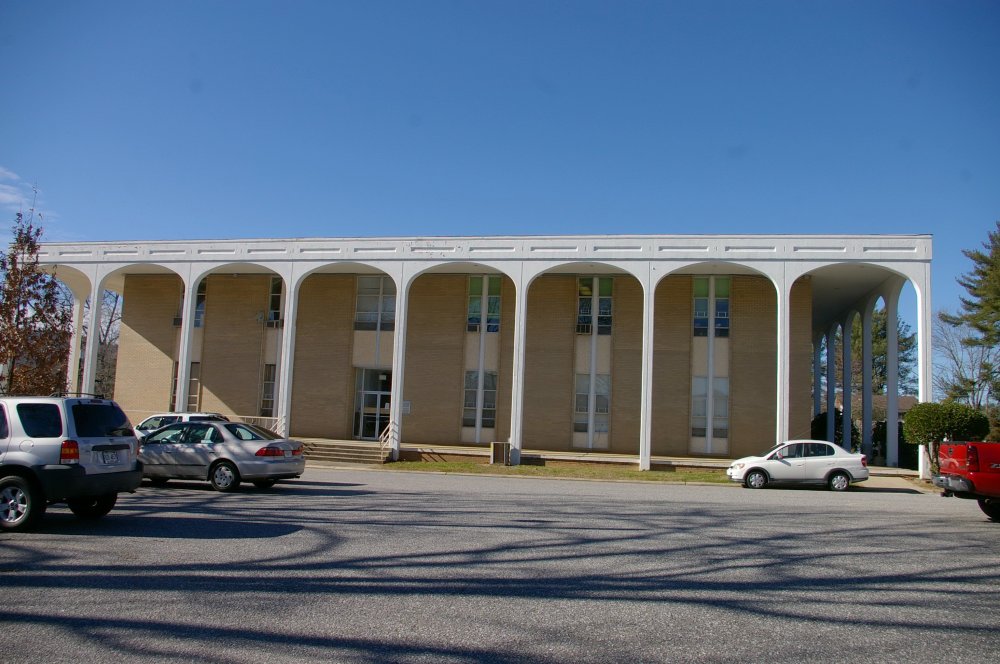 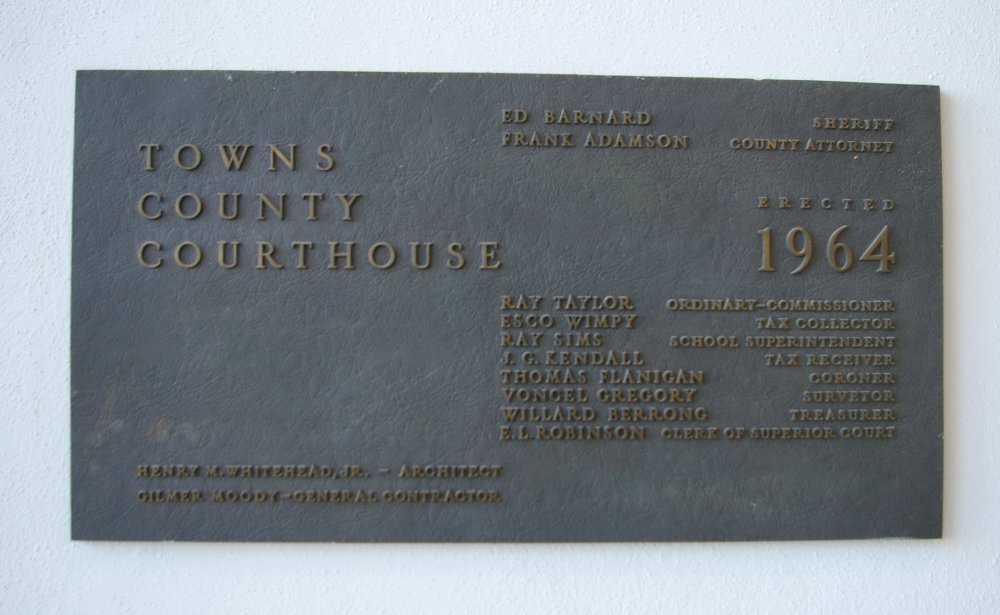