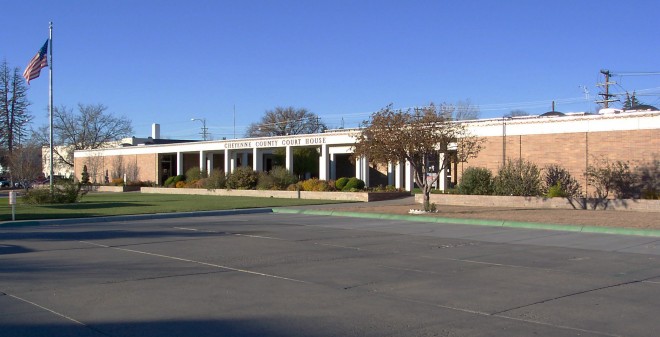 Cheyenne County is named for the Cheyenne Native Americans who lived in the region.

Description:  The building faces east and is a one story light red colored brick and concrete structure. The east front has an open arcade with pillars. Around the courtyard is the entrance on the west side. A garden is located on the east side of the courtyard. The roof line is flat. The building houses the District Court and County Court of the 12th Judicial District. 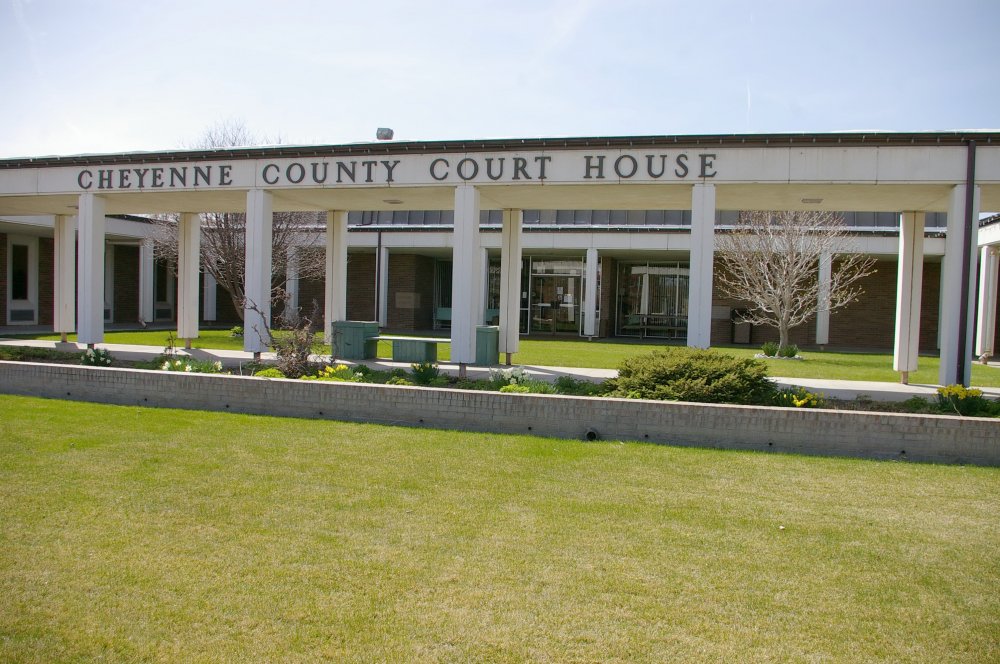 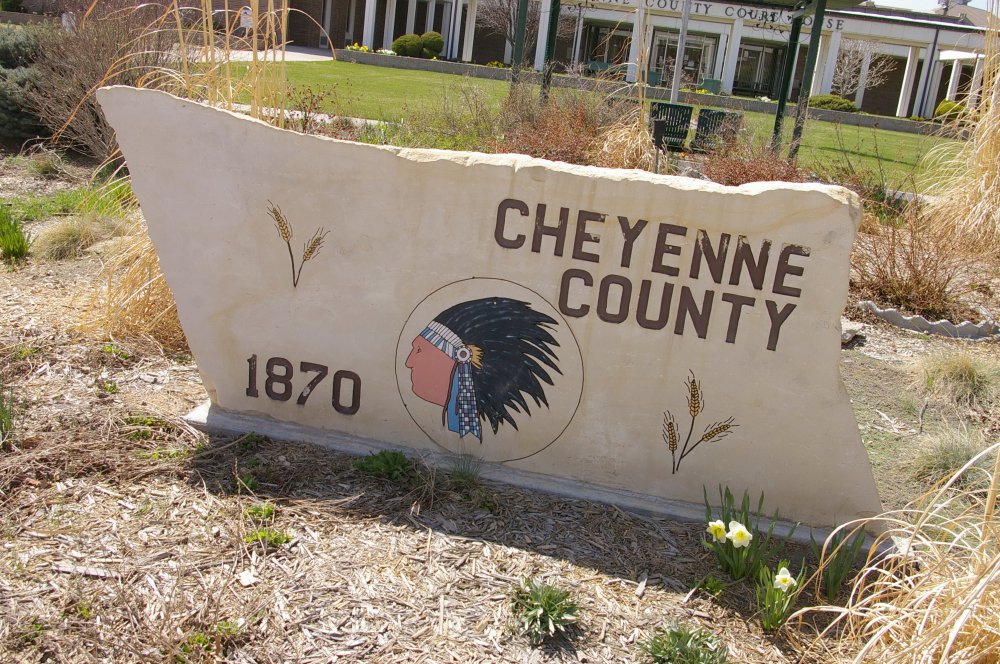 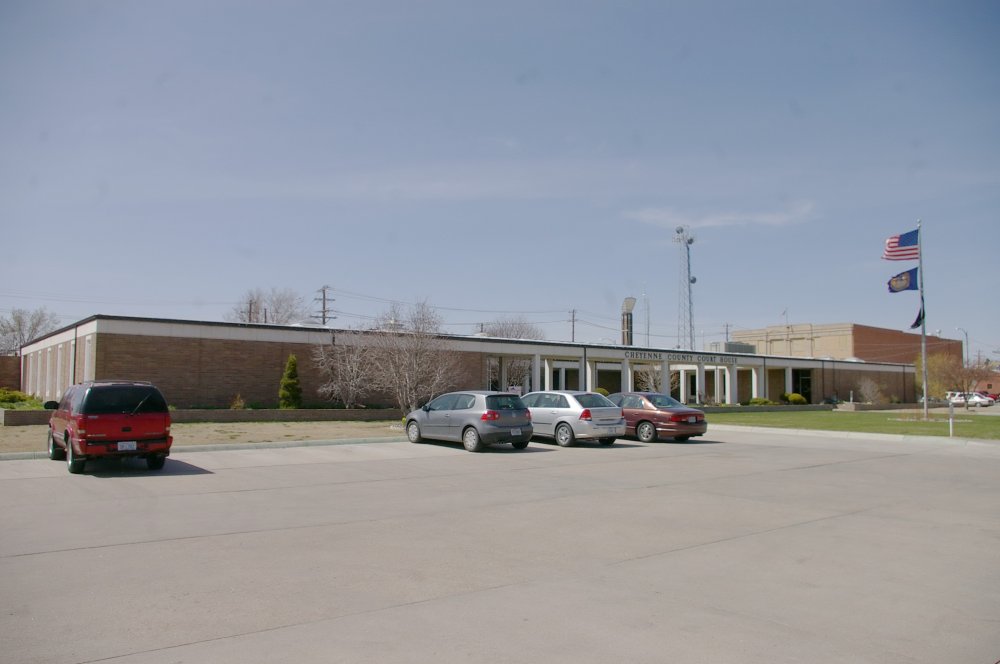 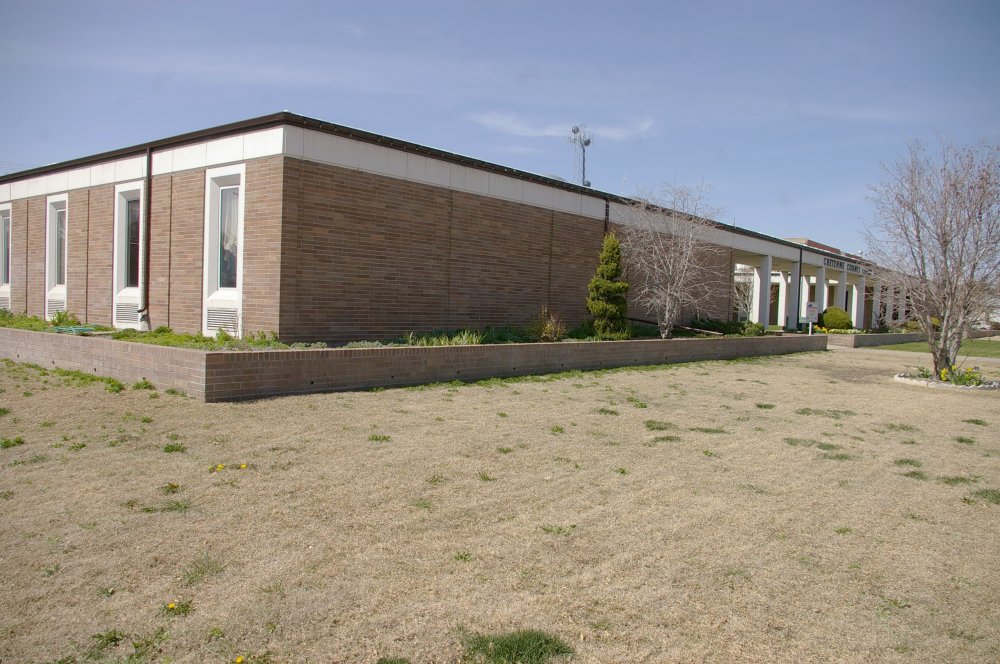