Deuel County is named for a railroad official whose name has been lost.

Description:  The building faces south and is a two story square buff colored brick, stone, metal and concrete structure. The building is located on landscaped grounds in the center of Chappell. The south front of the rectangular shaped building has a small pediment over the entrance on the first story. A white colored projecting cornice runs below the roofline. The roof line is flat with a raised parapet on the center of each side and raised corner parapets. Interior details are relatively simple limited oak woodwork, several plaster consoles, an oak bannister. The floorplan has a modified or uneven T-shaped hallway. Halls from the two entrances meet at the center of the first story, then the north-south hall continues north a short distance where more offices open off it. On the south side the steps up to the first story and down to the basement are both on the exterior. Stairs to the second story are located in the west hall. The district courtroom is located on the second story. The courtroom has modern oak paneling but retains its high ceiling, oak trim, and furnishings. The building houses the District Court and County Court of the 12th Judicial District. 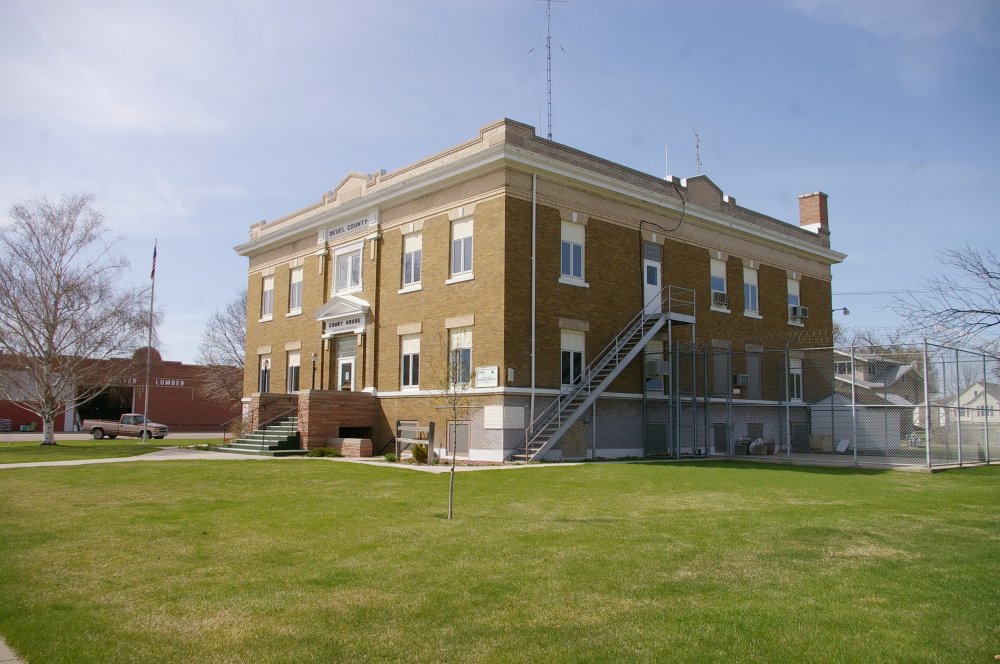 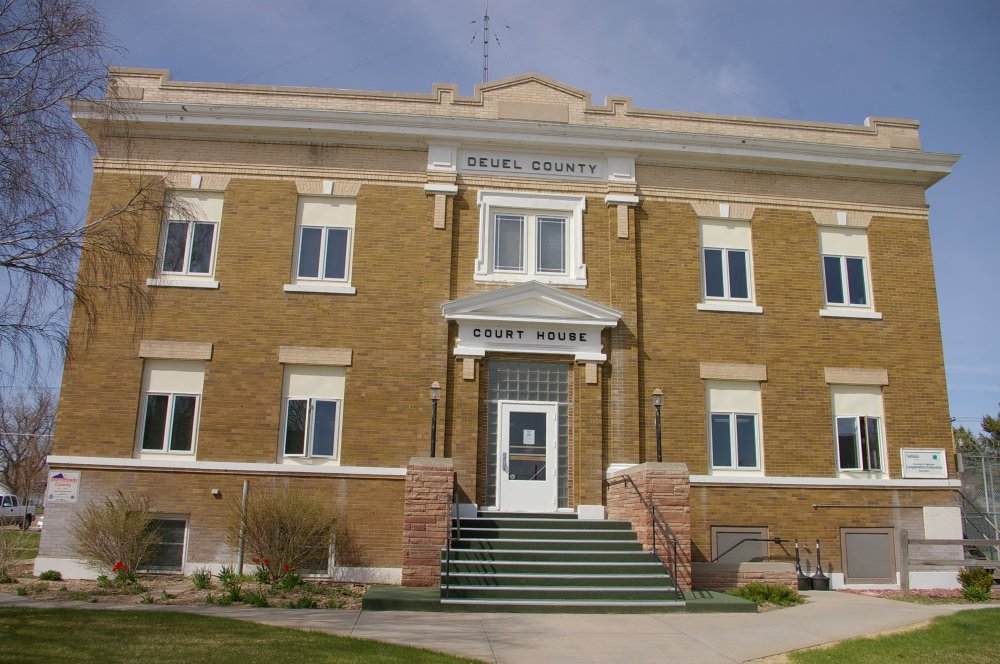 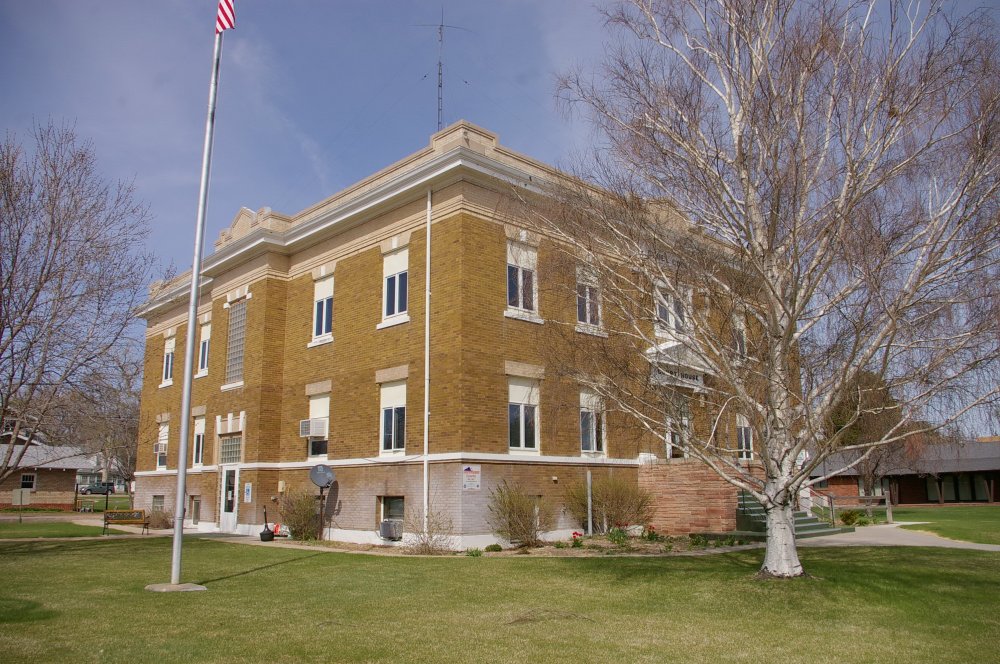