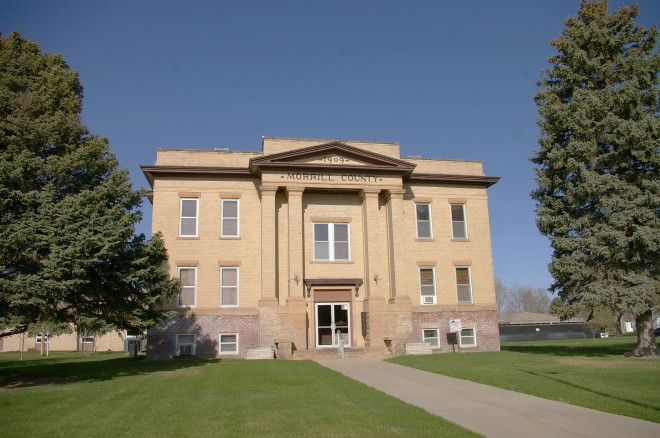 Morrill County is named for Charles H Morrill, who was a president of the Lincoln Land Company which settled the area.

Description:  The building faces east and is a two story red colored stone, buff colored brick and concrete structure. The building is located on landscaped grounds in the center of Bridgeport. The east front has a projecting portico with four large square pillars supporting a pediment. Smooth moulded stone capitals and bases contrast well with the rock-faced pedestals of the pavilion’s columns. A projecting cornice is below the flat roof line. Materials and motifs continue on the rear or west facade, but without the pavilions and their columns or pilasters. Interior features include the staircase with spindles and a paneled newel having a row of egg-and-dart pattern, large single pane transoms, original high ceilings, and simple wood coat racks with a series of metal hooks. The district courtroom is located on the second story and occupies a large space emanating from the southwest corner of the building perhaps two-thirds of the floor space. The courtroom contains many fine original features, including the same spindles and newels of the staircase (here used for the bar separating spectators from the court), wood pews, and the original judge’s bench, which is outlined in the egg-and-dart pattern. The building houses the District Court and County Court of the 12th Judicial District.  Along the west side is the County Courthouse Annex. 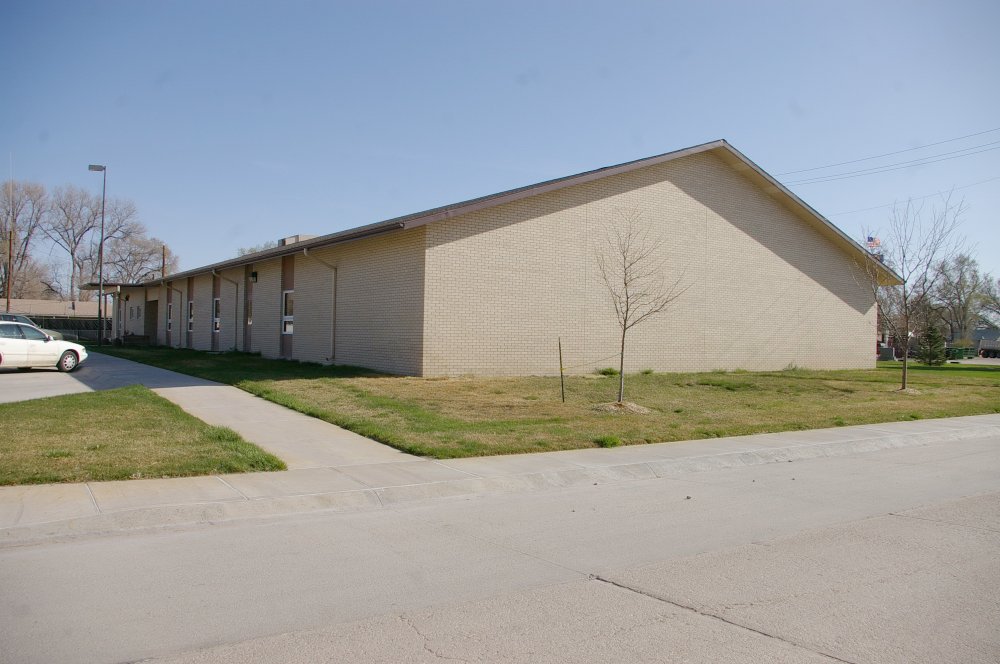 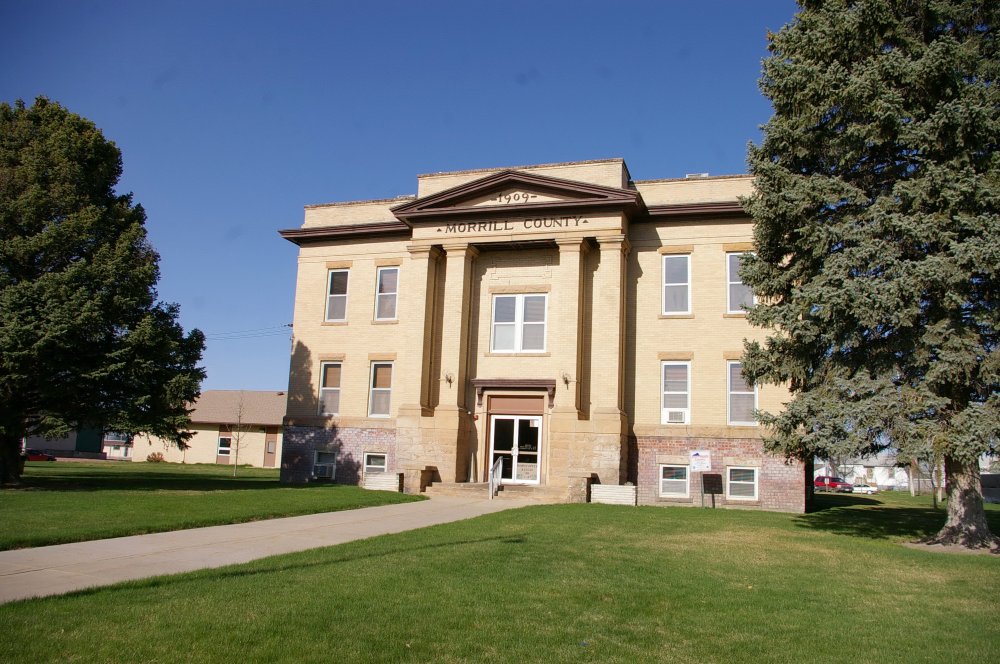 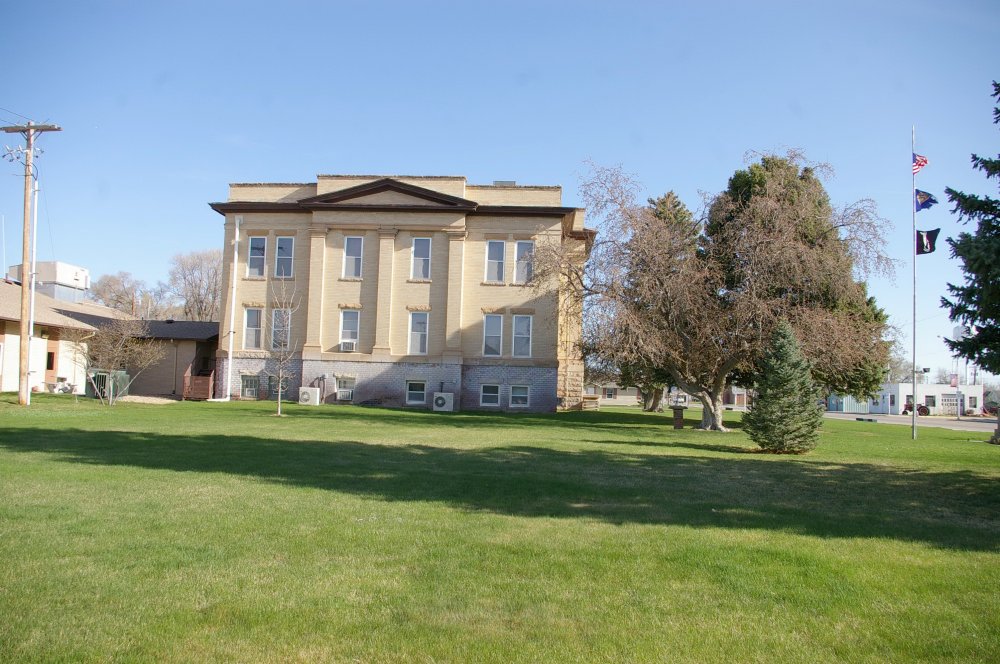 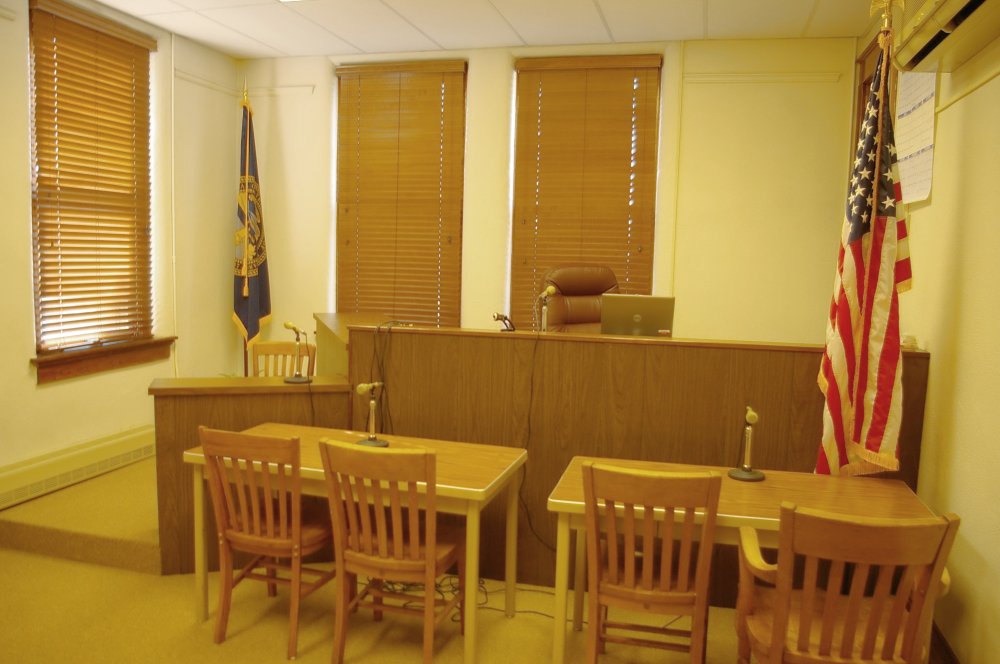 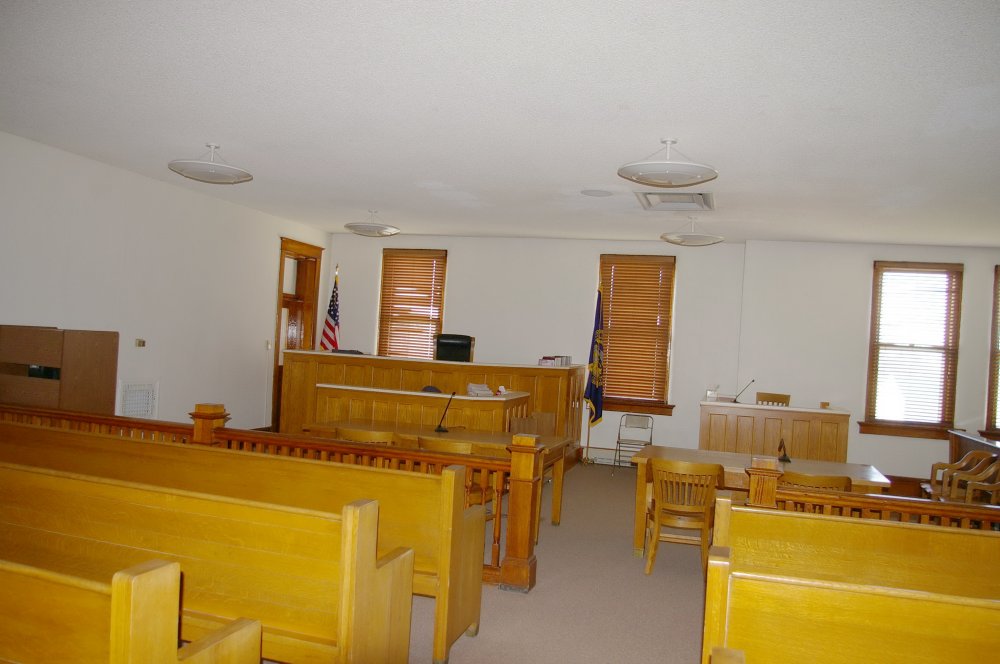 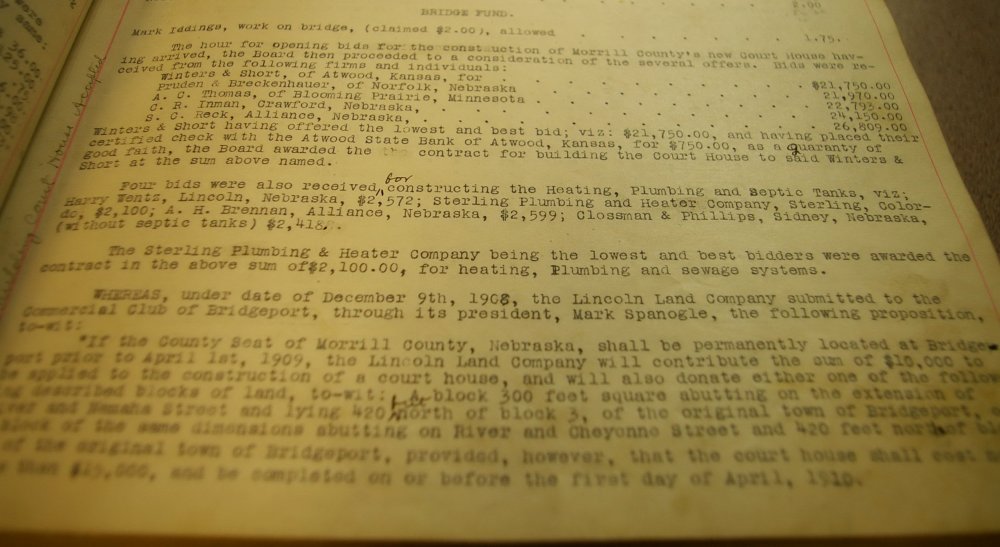 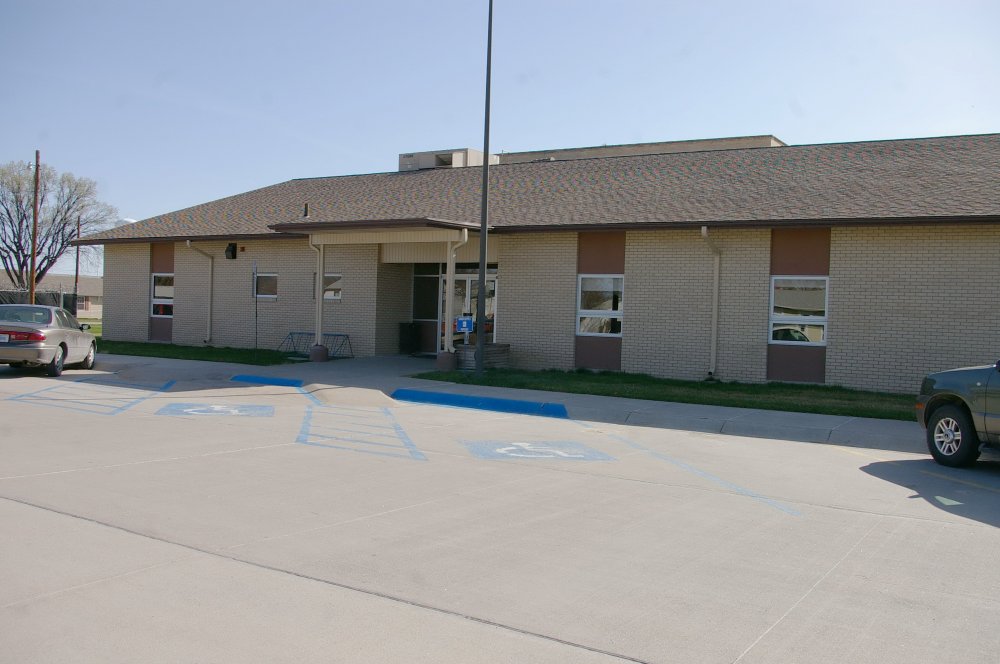 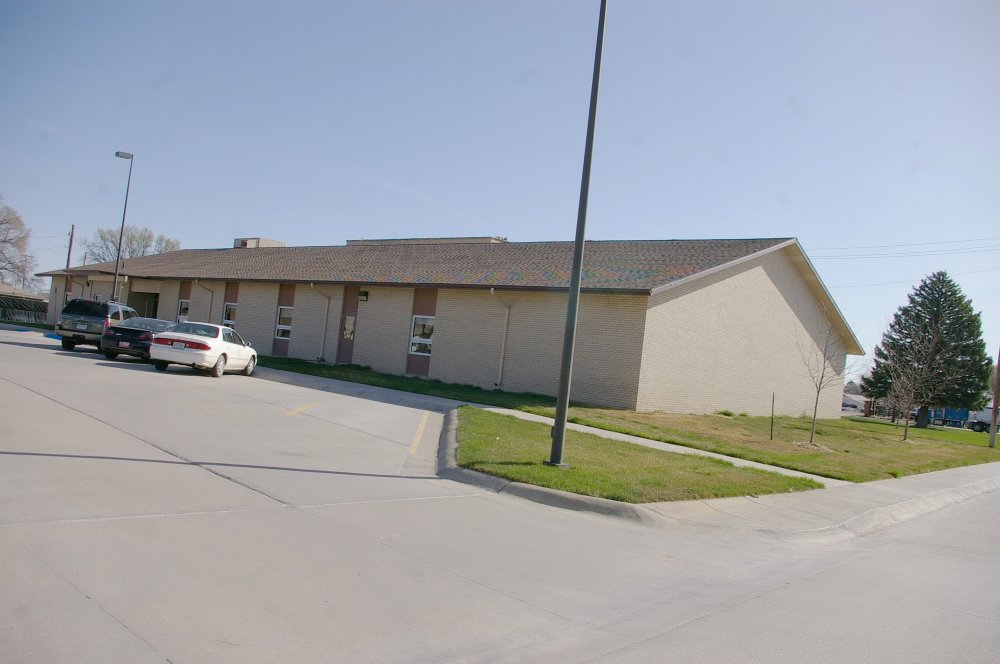 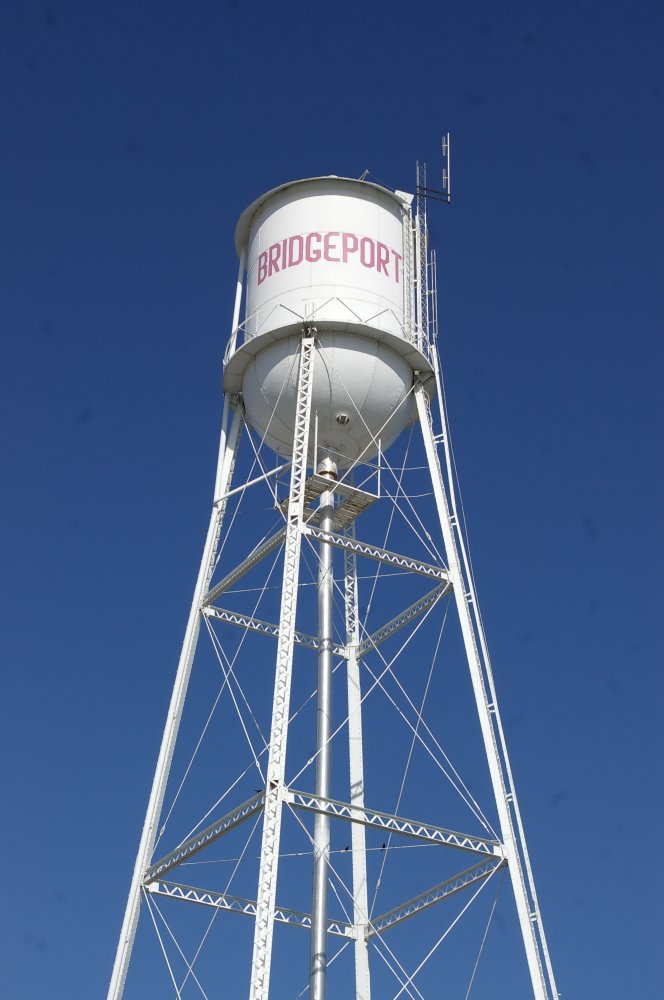