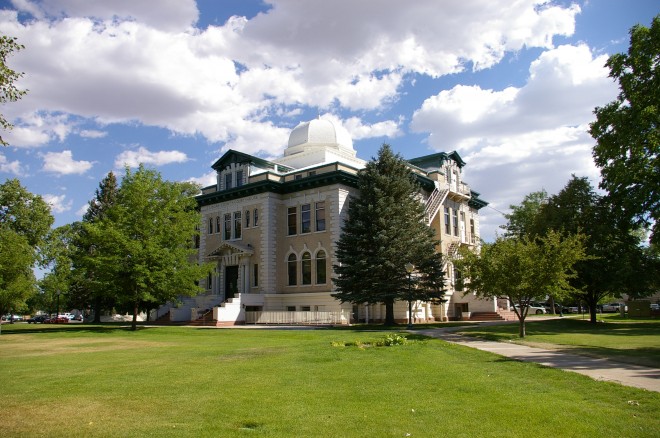 Logan County is named for John Alexander Logan, a general in the Civil War and United Sates Senator. 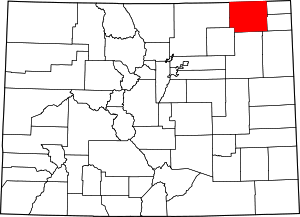 Description: The building faces north and is a three story buff colored brick and concrete structure. The building is located on spacious landscaped grounds in the center of Sterling. In the center of the building is a large octagonal white colored dome. Dormers are on the third story roof. White colored stone trim decorates the corners of the building. At the north front is a small portico at the entrance. The base is white stone. Inside there is an open rotunda under the dome.

Note:  The courthouse is a single, detached structure rectangular in shape, but with many projections. The structure has two and one-half stories set over a full basement, part of which rises above the ground. The main or north facade has eleven bays with others set inside the projections. The south facade has nine bays, the east facade seven bays, and the west facade seven bays. The building material is primarily beige-white brick set in courses of stretcher bond accentuated with white, terra cotta quoins. The structure has a low hipped roof.

Entry occurs through doorways in the center of each facade. The entries on the north, east, and west are raised to the level of the first floor, while the entrance through the south facade or rear of the building is on the ground level. The steps, reddish in color, are made of St. Vrain sandstone. The windows are primarily two-sashed and double-hung, some with a transom. In the roof there is a metallic dome in the center, a single chimney set off center, and one dormer above each facade.

The decorative elements are elaborate. The main entrance has a triangular pediment with a centered, ornate medallion and an exaggerated terra cotta keystone. The iron grillwork on the transom has a scallop design which is repeated in metalwork in the interior. Paired, freestanding Corinthian columns flank the double doors. The east, west, and south entrances are less elaborate. The windows on the first floor have radiating voussoirs with keystone and lugsills made of terra cotta. The windows on the second floor have flat arches with keystones. Quoins grace all the corners in the structure—even the chimney and dormers. An entablature separates the basement from the first floor. Another circles the structure above the second floor, but below the galvanized tin cornice and frieze of dentils. The entablature on the north facade is deeply incised with the words “Logan County Courthouse.”

The interior has fifty rooms, but is dominated by a great rotunda inside the main entrance. The floors have Colorado Yule marble in the foyers and hexagonal ceramic tile in the central areas and in some offices on the main level. In the main foyer there is an ornate floral design of black hexagonal tile which outlines an elaborate letter “L”. In the main area the woodwork and trim are of oak. The stairways, railings and bannisters are of iron which repeats the scallop design of the exterior trim. Two elaborate metal columns, used as newel posts, are located on either side of the main stairway. Decorative crown molding in an egg and dart pattern occurs throughout the central hall, while a pair of Corinthian and Ionic columns grace the hall archways on the north and south. Most rooms have Texas pine for flooring. On the third floor the woodwork and paneling is birch. Etched glass in a floral motif is encased in the court room doors.

Description: The building faces west and is a two story buff colored brick, glass and concrete structure. The building is located on spacious landscaped grounds to the northeast of the center of the city. The southwest front has a projecting center section with entrance on the first story, large glass section on the second and third stories and rising above the roof line to a green colored roof. On the west side of the front are a series of long large windows. On the east side, the building is tired. The roof line is flat. The building houses the District Court and County Court of the 13th Judicial District. 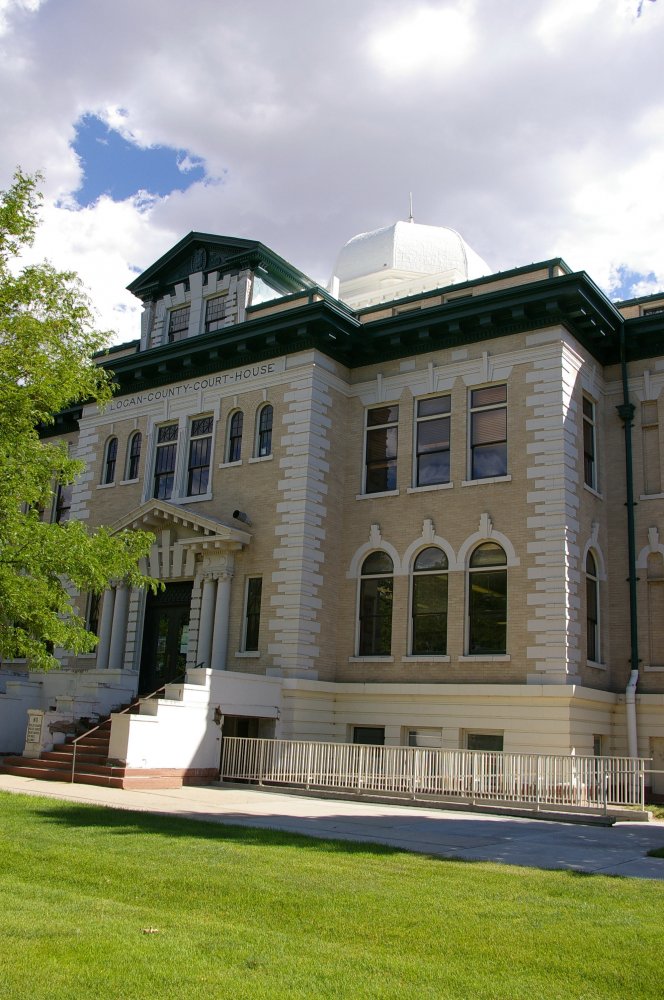 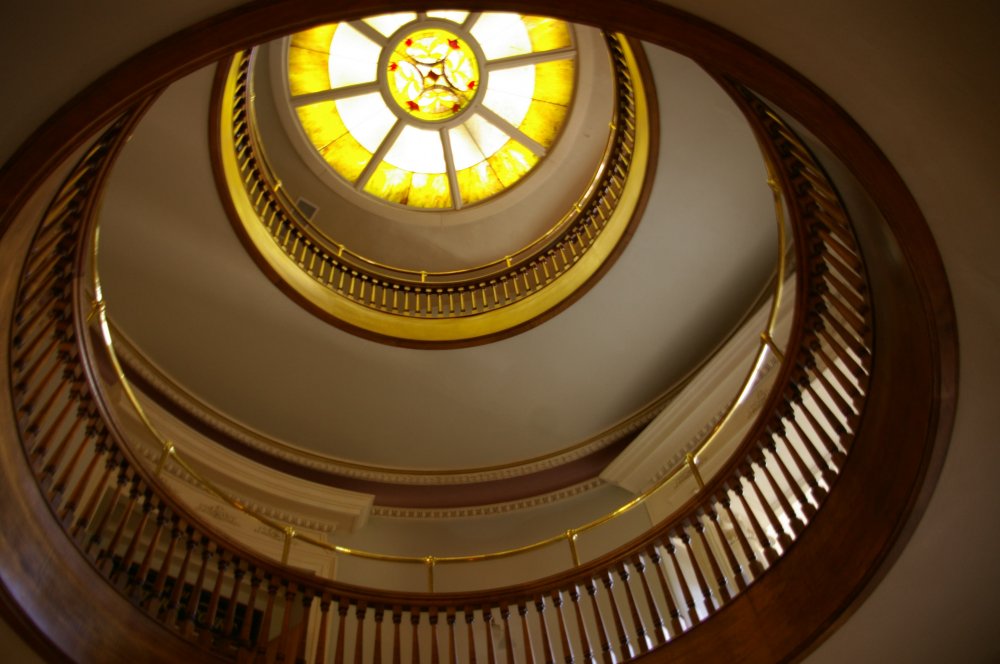 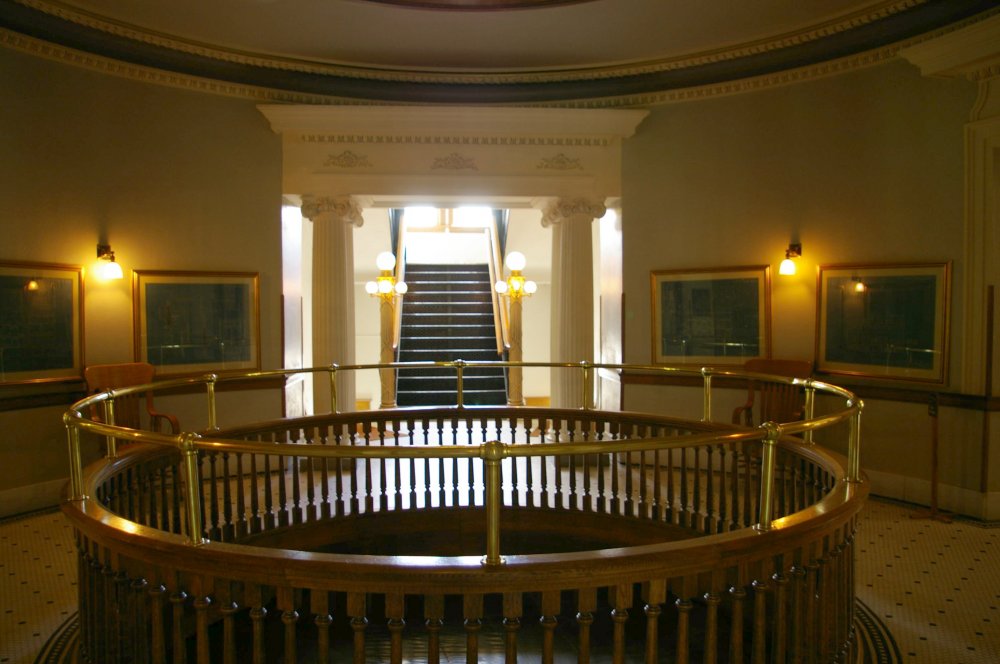 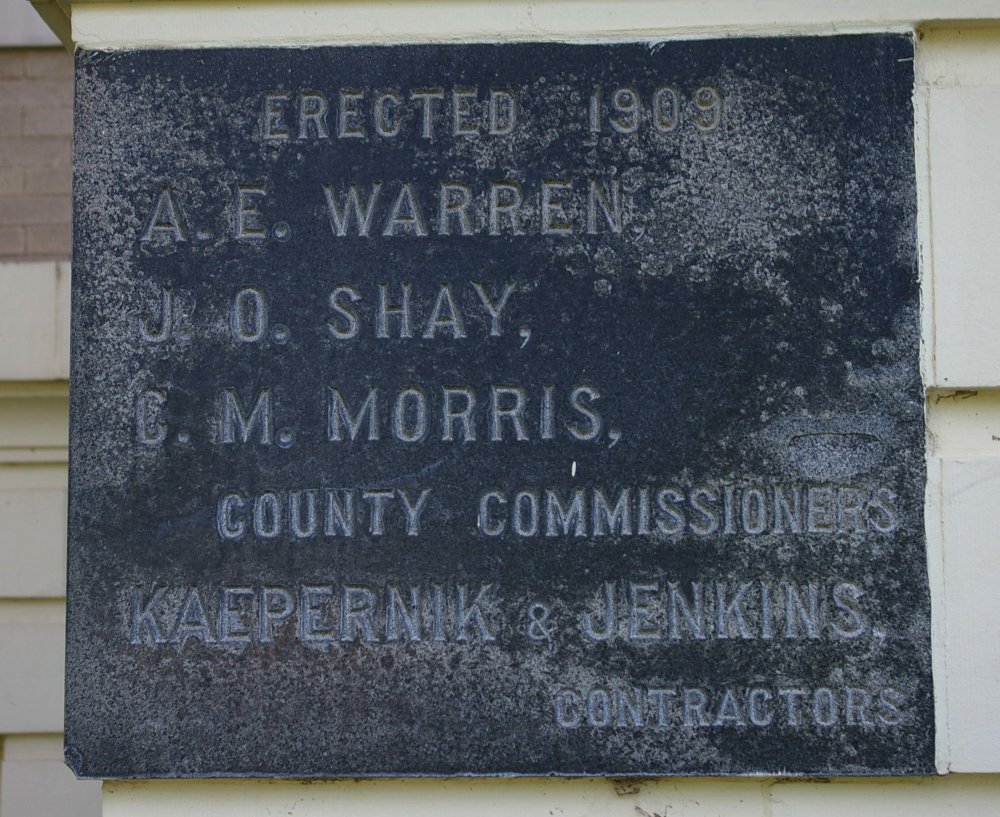 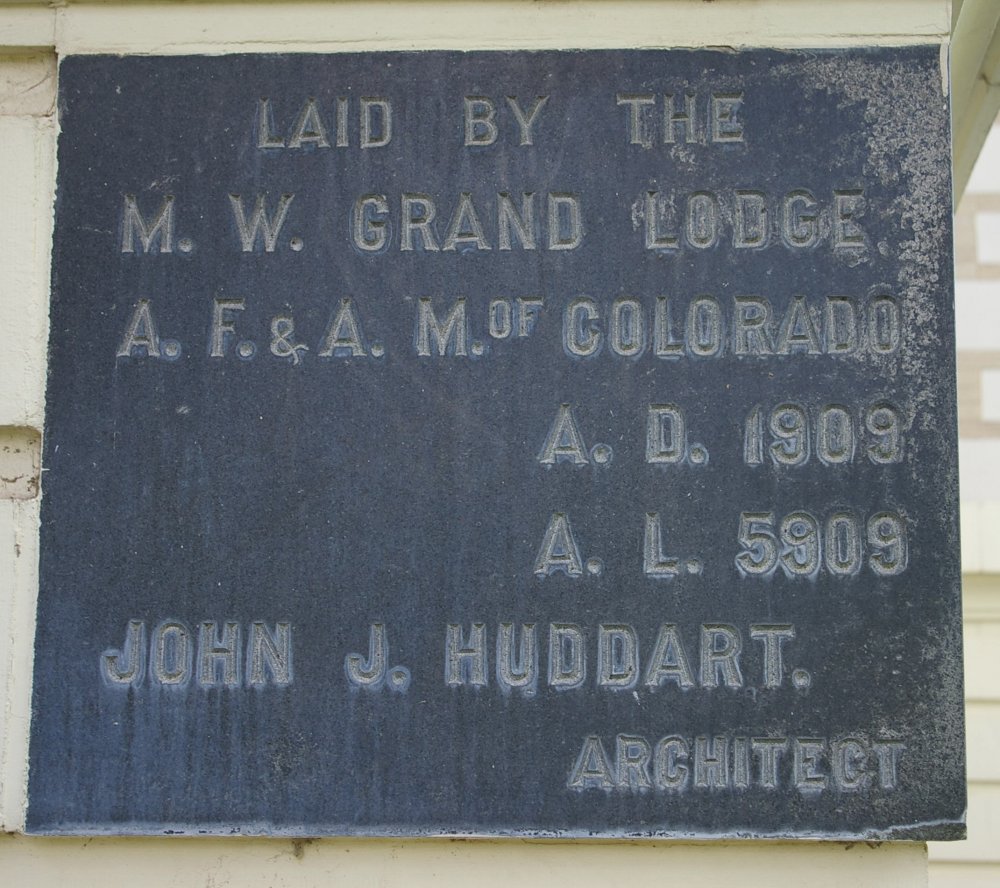