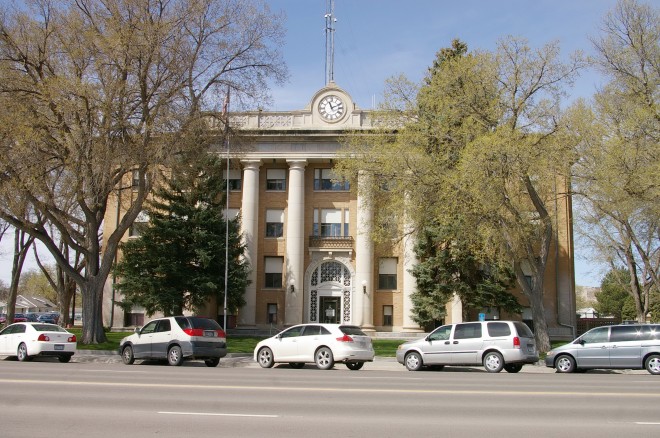 Scotts Bluff County is named for a local bluff known as Scott’s Bluff which was a noted landmark by the side of the Platte River Valley and named after Hiram Scott who perished at its foot.

Description:  The building faces east and is a three story buff colored brick and concrete structure. The building is located on landscaped grounds in the center of Gering. The rectangular shaped building has a raised basement. The east front of the building has a large portico supported by six large Tuscan limestone columns rising to a wide header above the third story. A notable parapet has an openwork grill with a starburst pattern and an attractive round clock centered above the entrance. The first story entrance is recessed with an arched frame and small balcony above. The rear or west facade also has an entrance and continues the materials and ornamentation of the other facades. The roof line is flat. Original interior features include the woodwork, white colored hexagonal floor tile (with a border of dark and light grey, dark and light green), white marble wainscoting, and attractive metal stair railings having an open geometric pattern. The central hallway on the first story is cross-shaped and open at the center from the first to third stories. Some of the office space has been converted into courtrooms. The building houses the District Court and County Court of the 12th Judicial District. 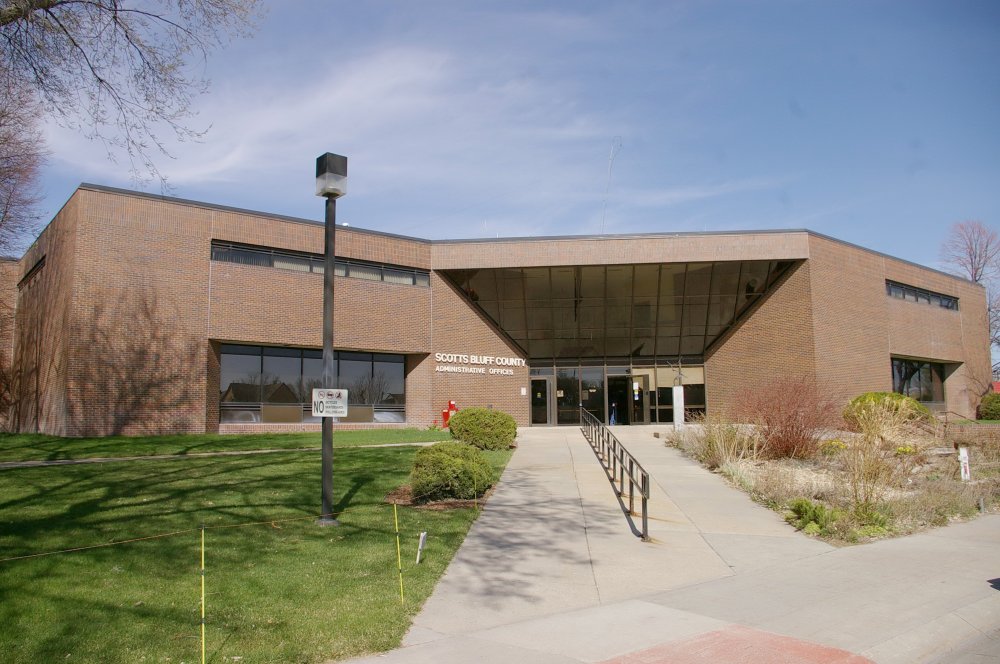 Description:  The building faces east and is a two story red colored brick and concrete structure. The building is located on landscaped grounds in the center of Gering on the north side of the courthouse. The east front has a recessed glass entrance. The recessed windows are horizontal. The roof line is flat. 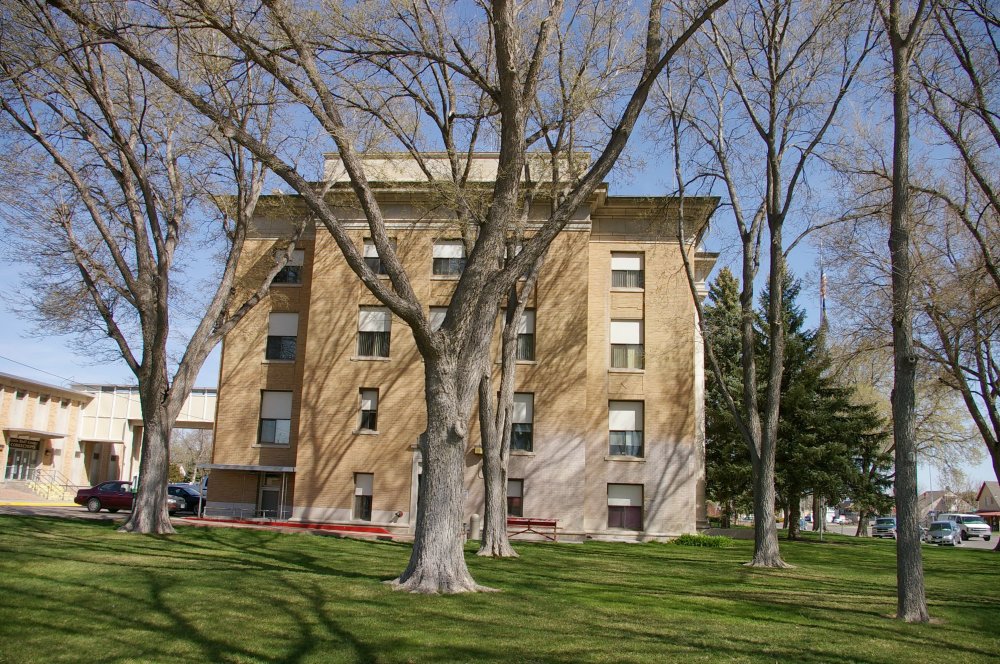 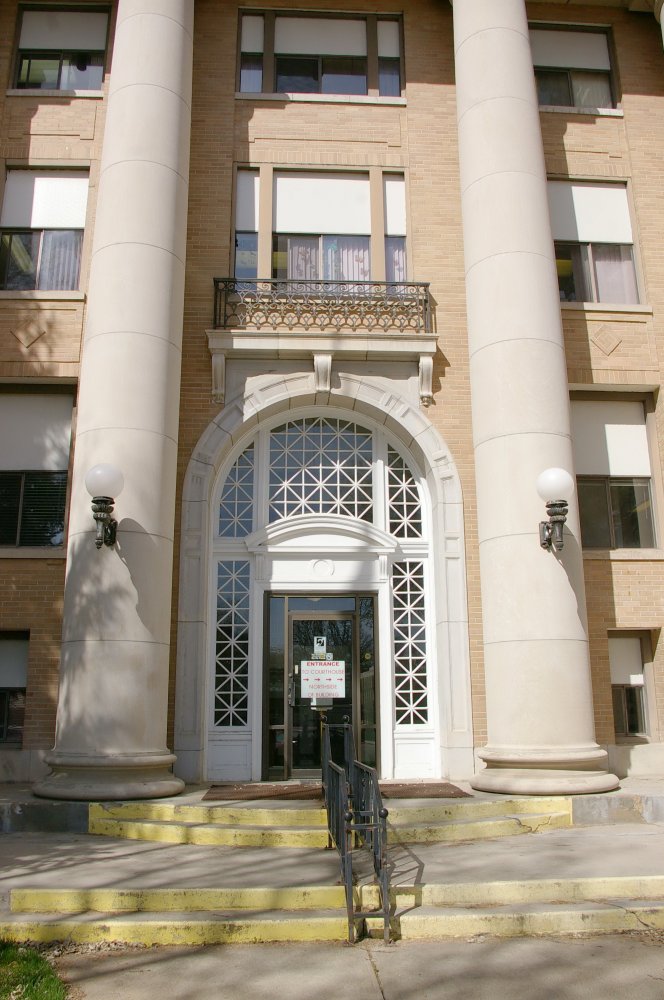 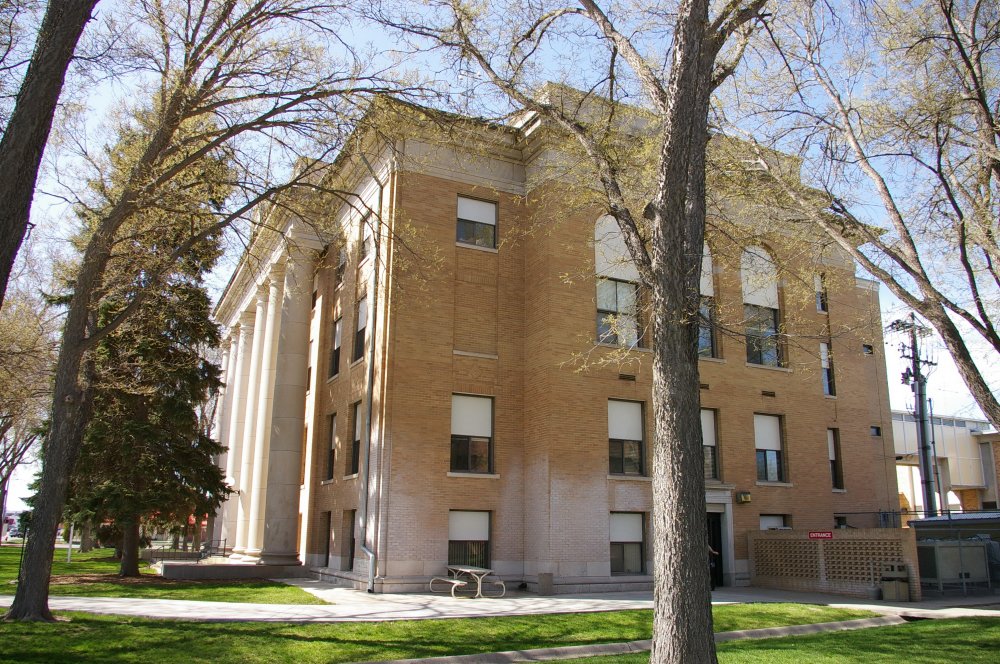 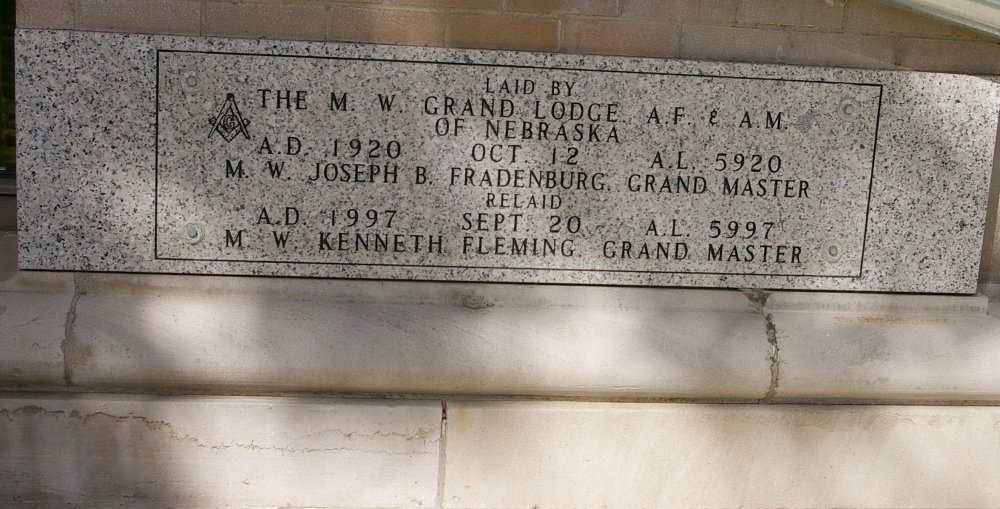 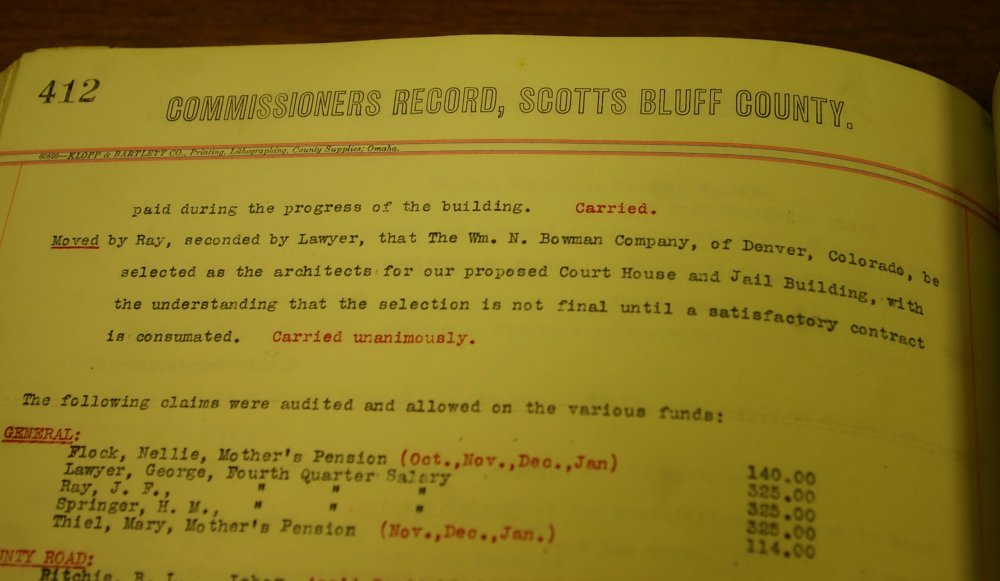 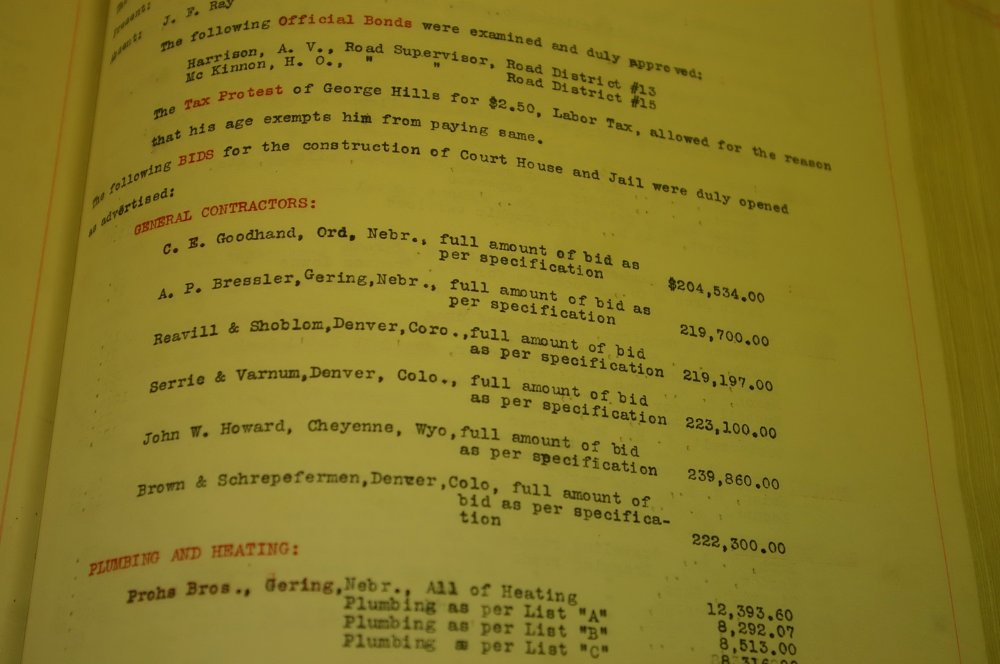 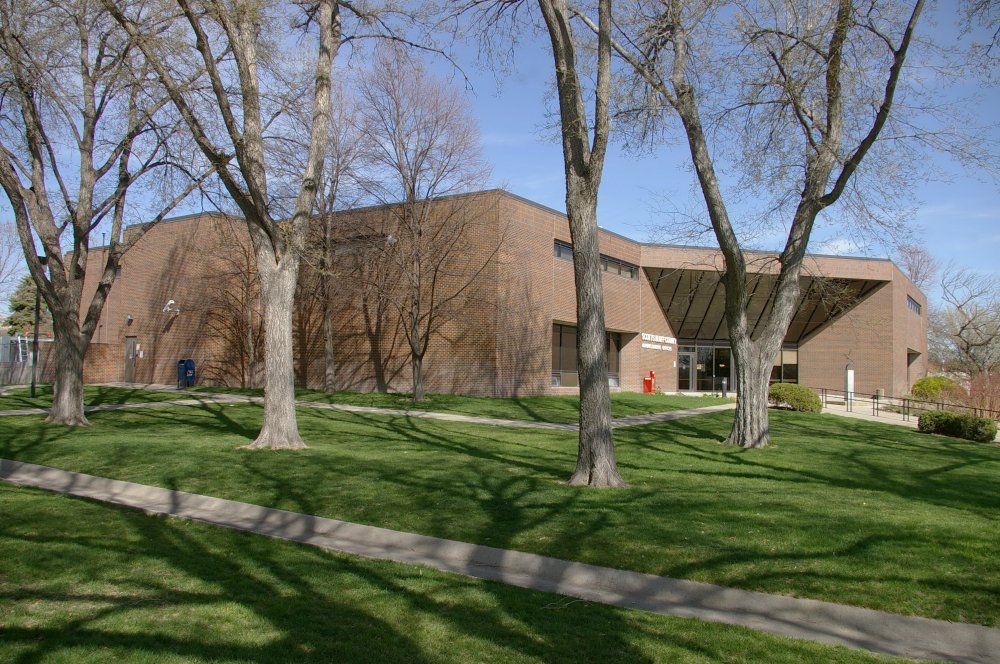 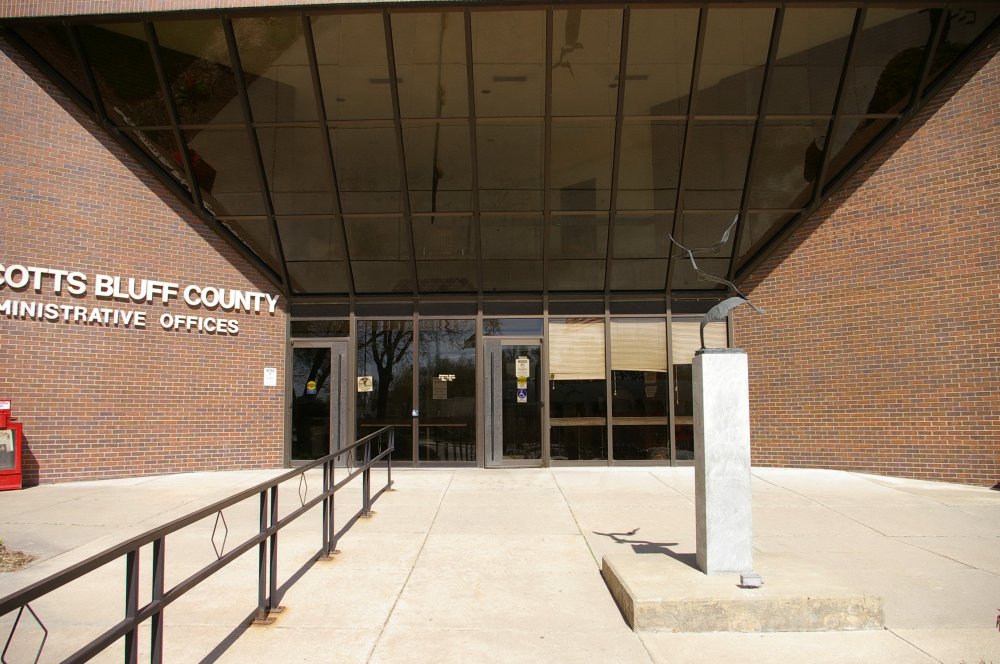 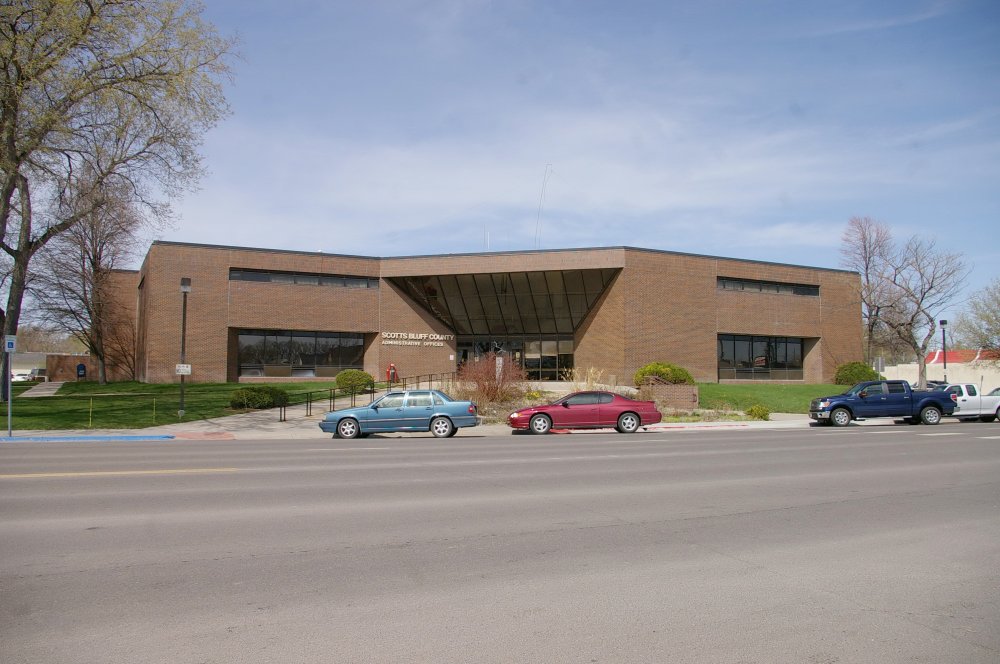 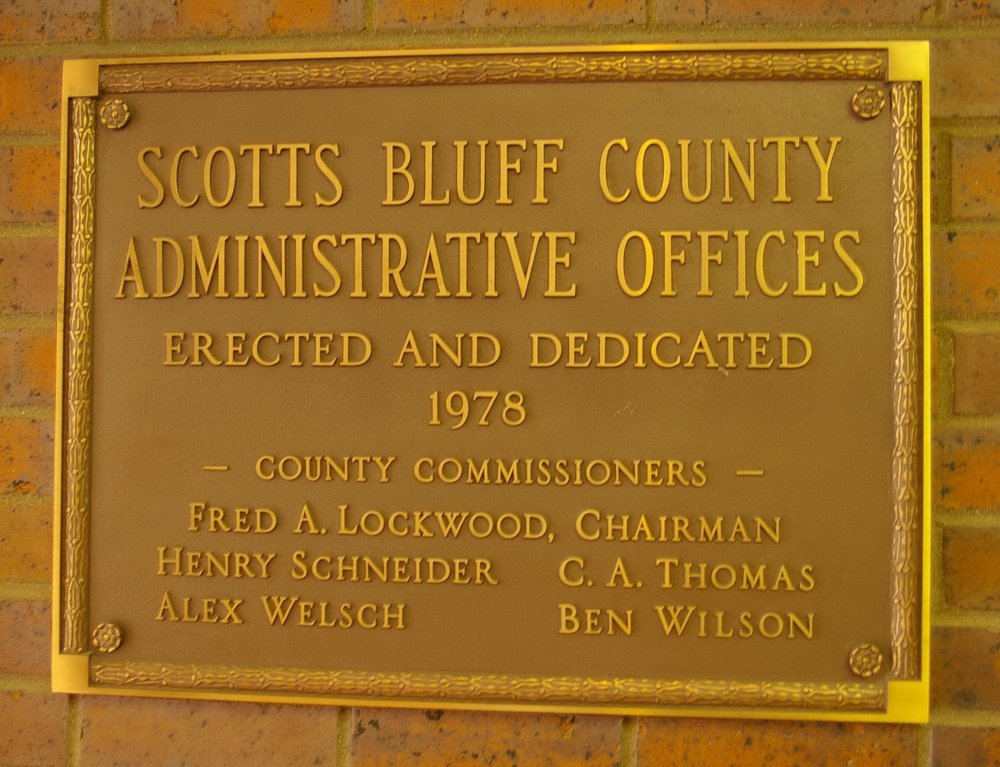 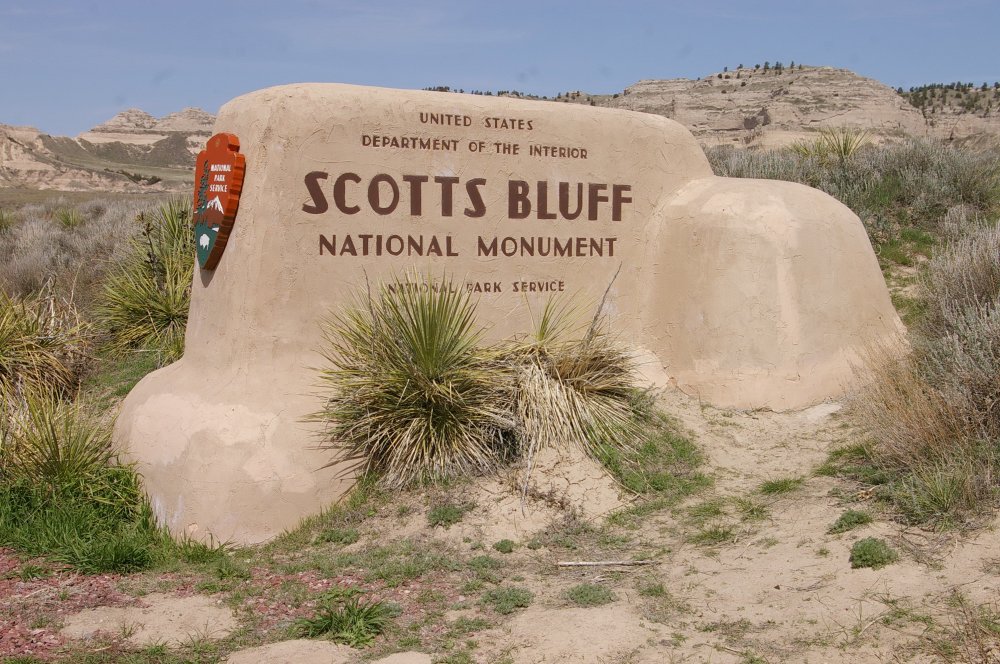 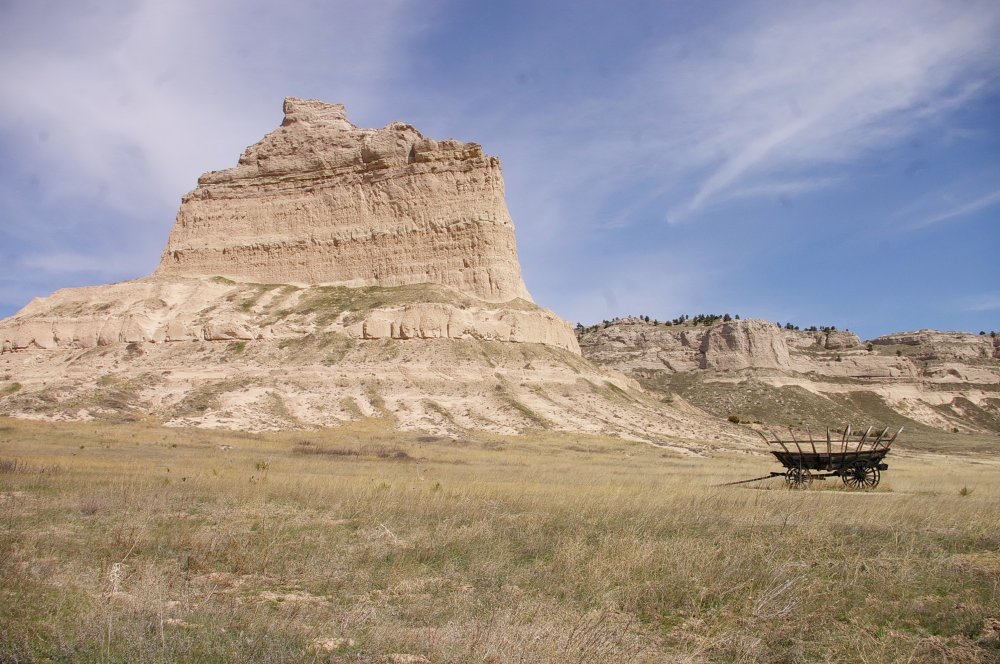