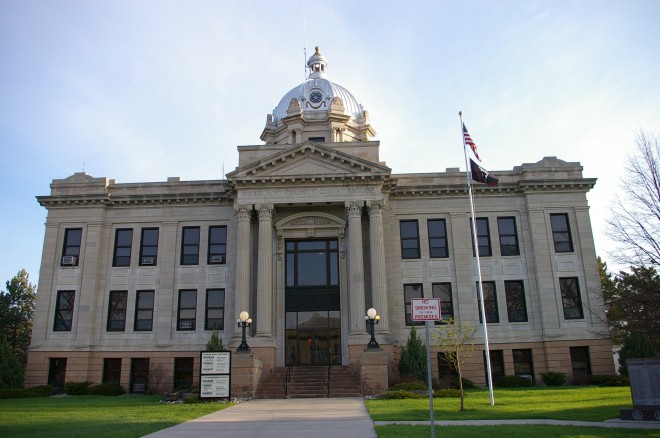 Description: The building faces south and is a three story Bedford limestone and concrete structure. The building is located on landscaped grounds on the north side of the center of Wahpeton. The raised basement is rusticated Kettle River sandstone. There as a paired fluted Corinthian columns supporting a limestone entablature and pediment on the front façade. The building has an octagonal dome in the center with silver colored roof. The metal-covered dome has bull’s-eye windows at the four cardinal directions and is capped with a belvedere and ball finial. Original ornate lamp posts remain on the arms of the front entry stair. The interior features well-preserved murals, and illuminated skylight in the rotunda. Floors on all three levels and stairs are white marble and terrazzo. The County District Court courtroom on the third story has a richly decorated coffered ceiling with acoustical tile in the recesses, and fine stencil work in a band below the ceiling on each wall. Hall entrances on the second floor have large ancones, and the ceiling above the third floor landing has decorative plaster work. The building houses the County District Court of the Southeast Judicial District. An addition was added in 1997. 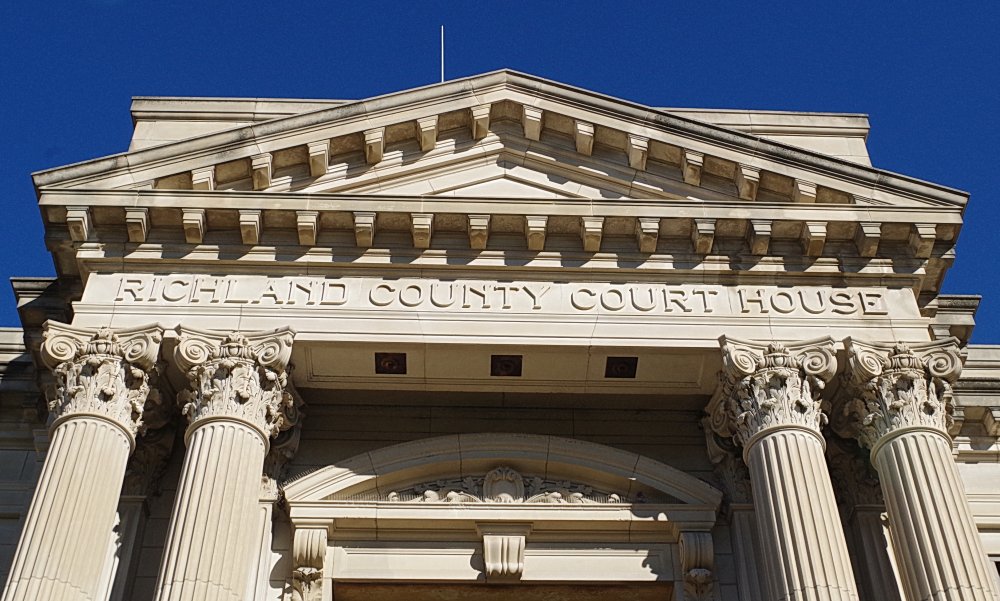 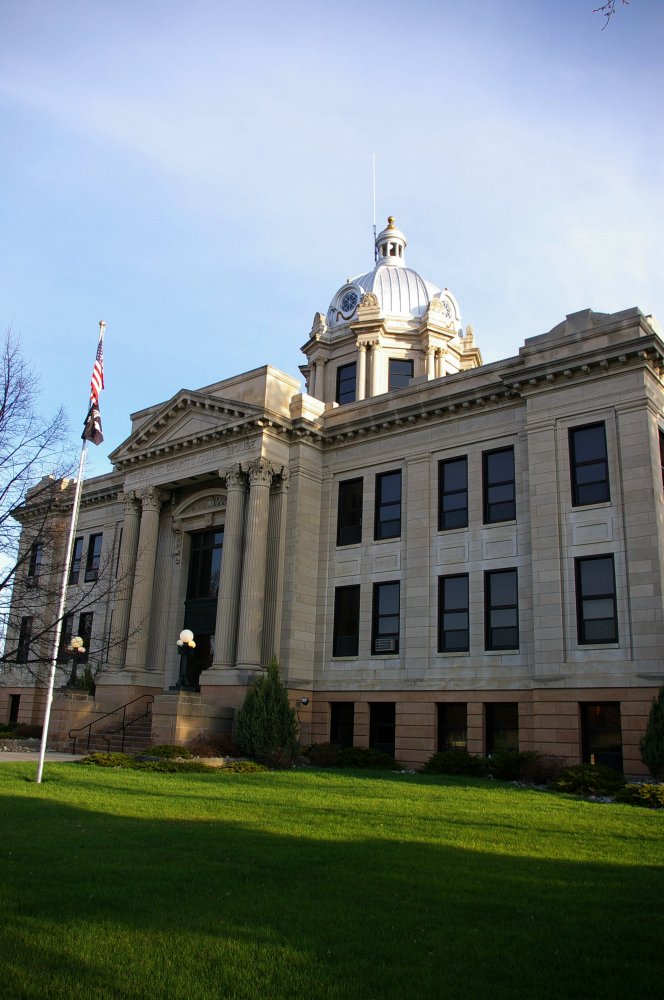 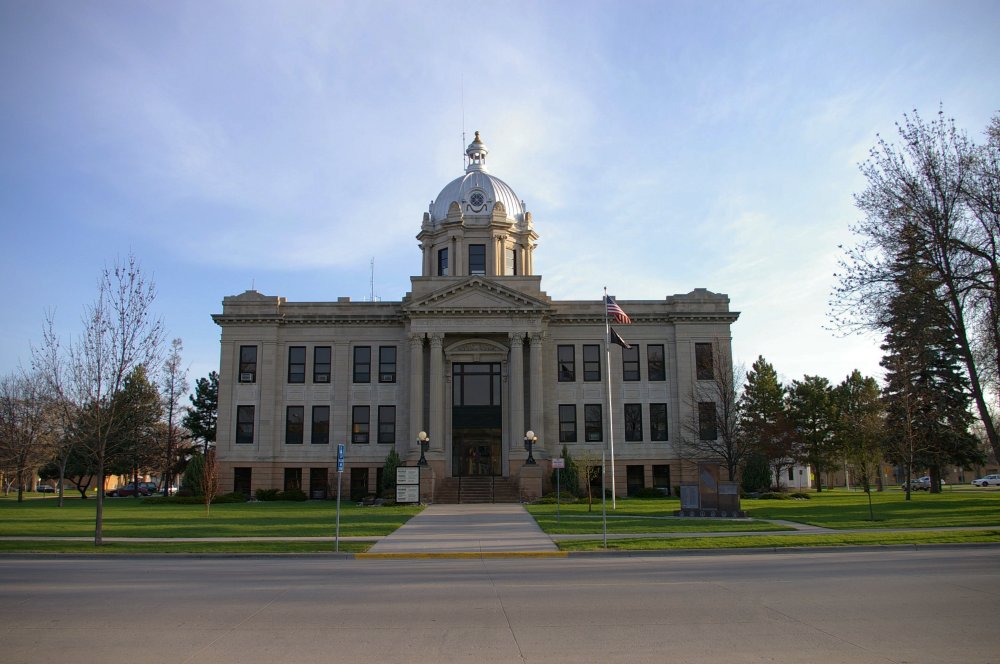 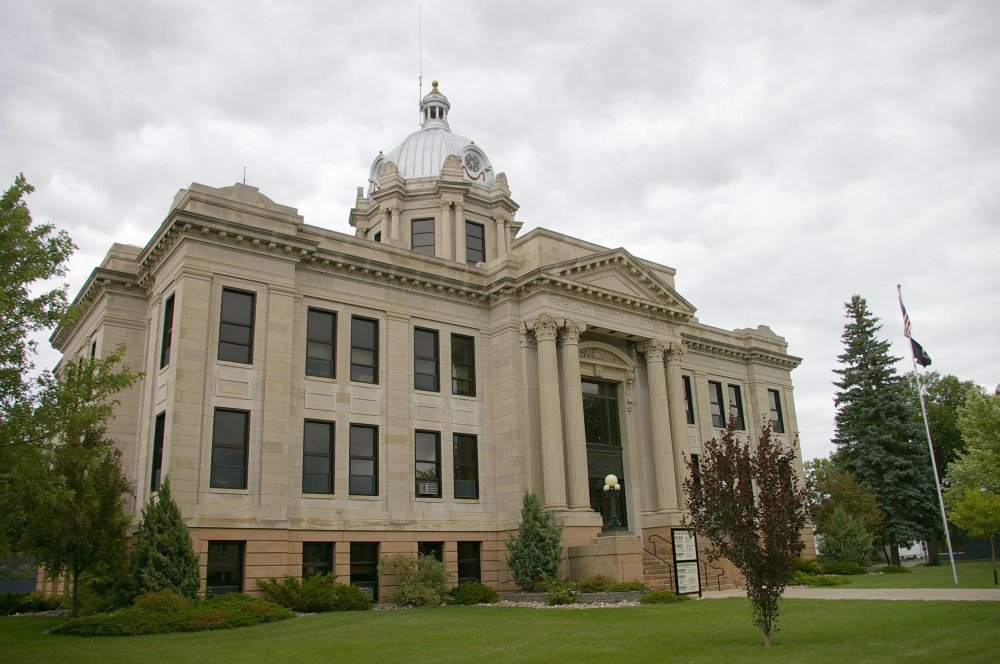 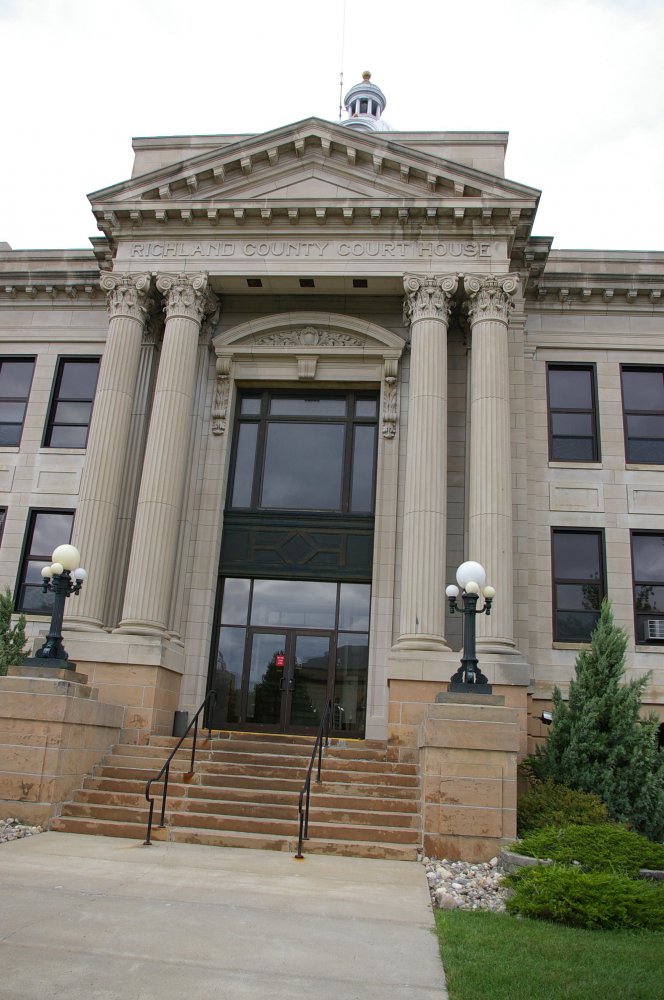 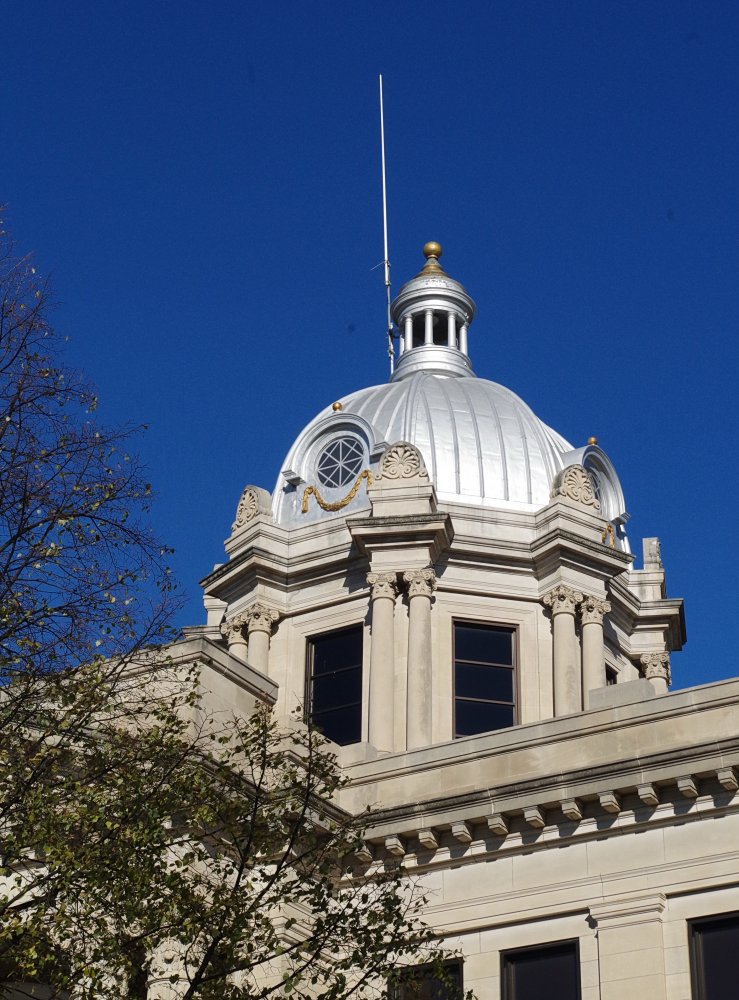 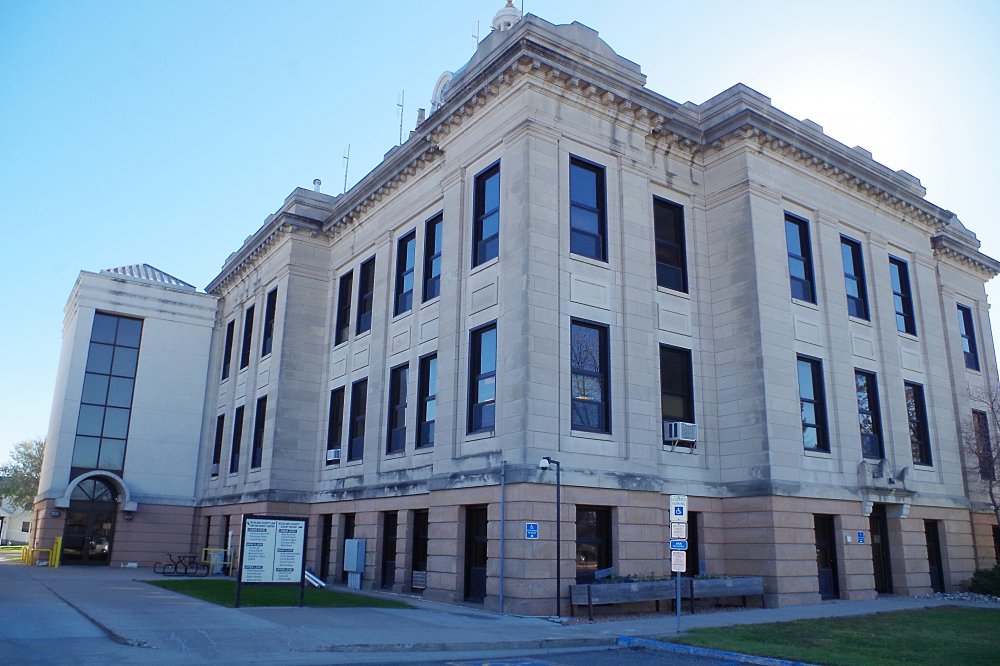 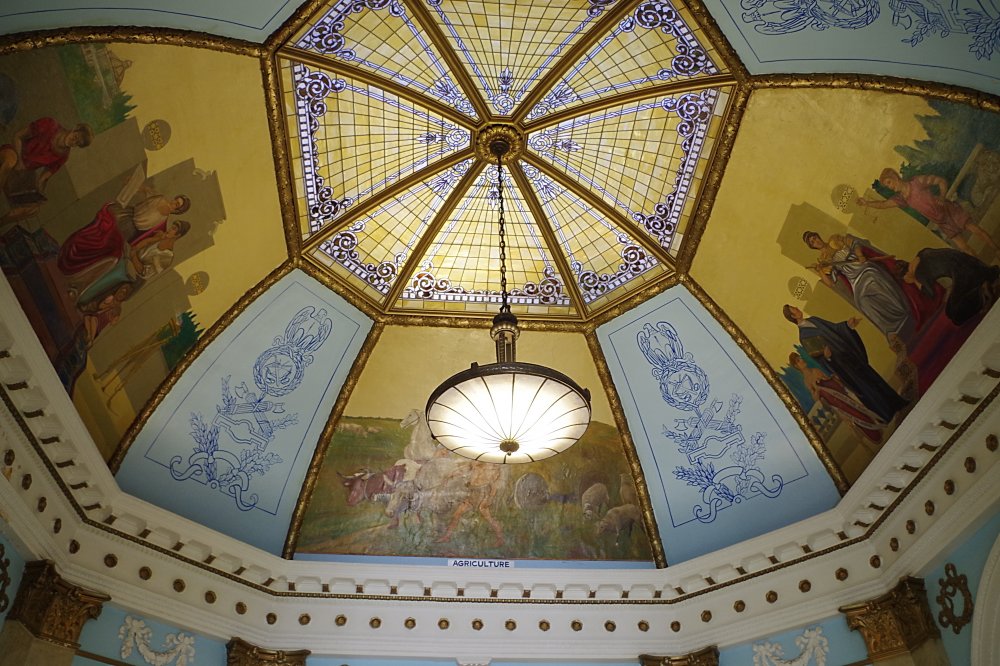