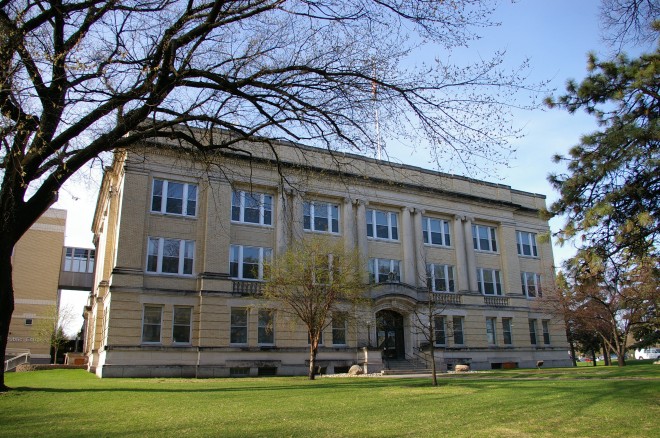 Otter Tail County is named after Otter Tail Lake and Otter Tail River. The lake received its name from the Ojibway words for a long and narrow sand bar that was shaped like an otter’s tail. 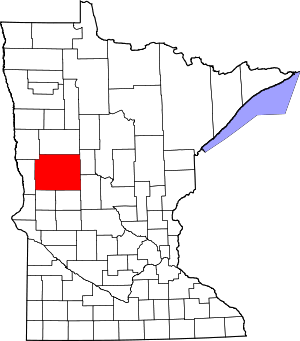 Description:  The building faces north and is a three story buff colored brick and concrete structure. The building is located on spacious landscaped grounds in the center of Fergus Falls. The foundation of the building is Bedford stone. The building is anchored by an entrance under a segmentally curved pediment. The two-story Ionic columns and flat pilasters rise to a cornice and parapet from the second story to the third story. The courtroom is located on the second story. In 1962, an office annex was added on the east side. In 1972, the driveway between the buildings was eliminated and the two buildings were joined with an addition. The architect was Glenn W Cording & Associates. In 1973 an addition was constructed in the south side. 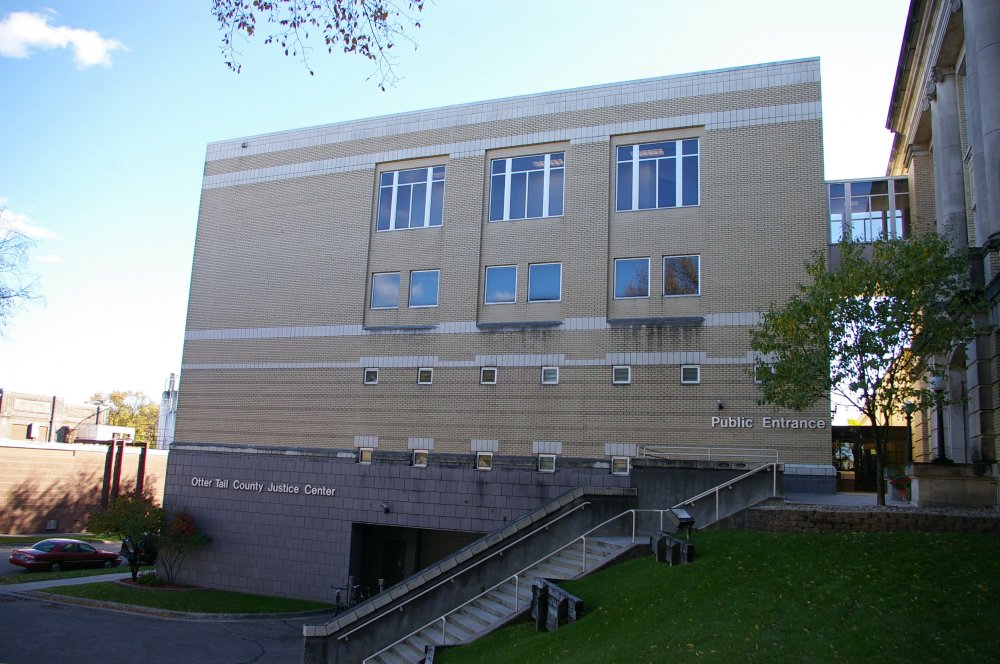 Description:  The building faces north and is a five story buff colored brick and concrete structure. The building is located on landscaped grounds in the center of Fergus Falls on the east side of the courthouse. The lower section is dark red colored stone. The top story has large windows and the roof line is flat. Named as the Justice Center the building contains courtrooms on the upper story. 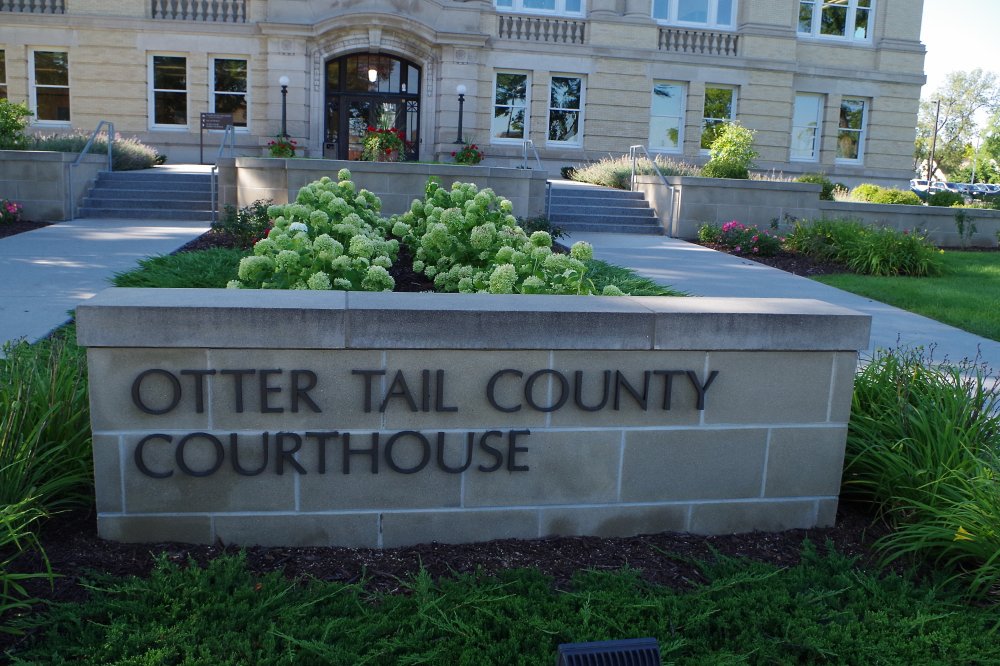 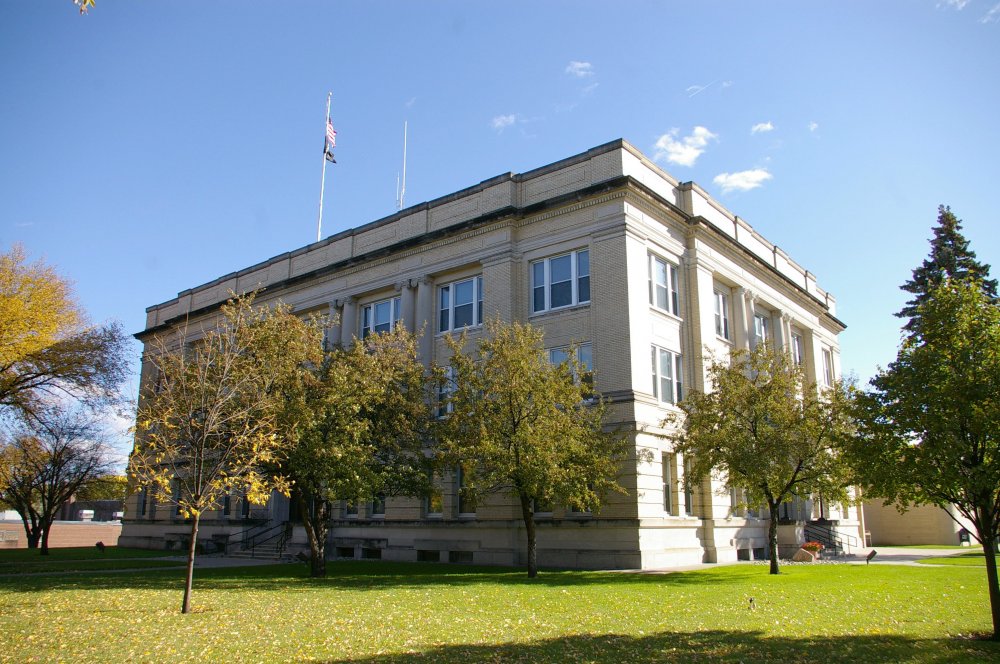 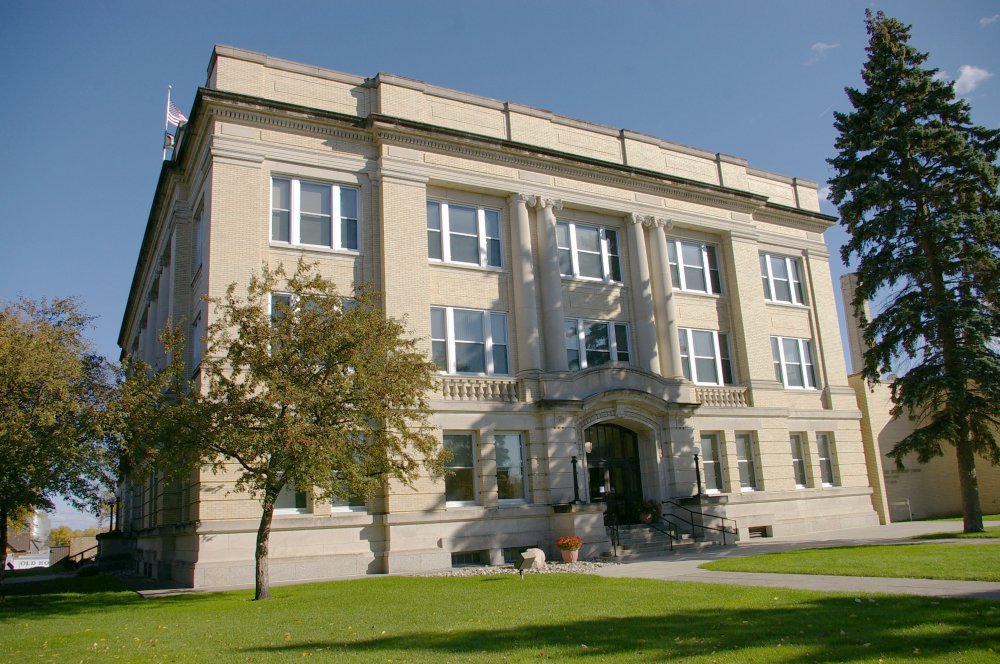 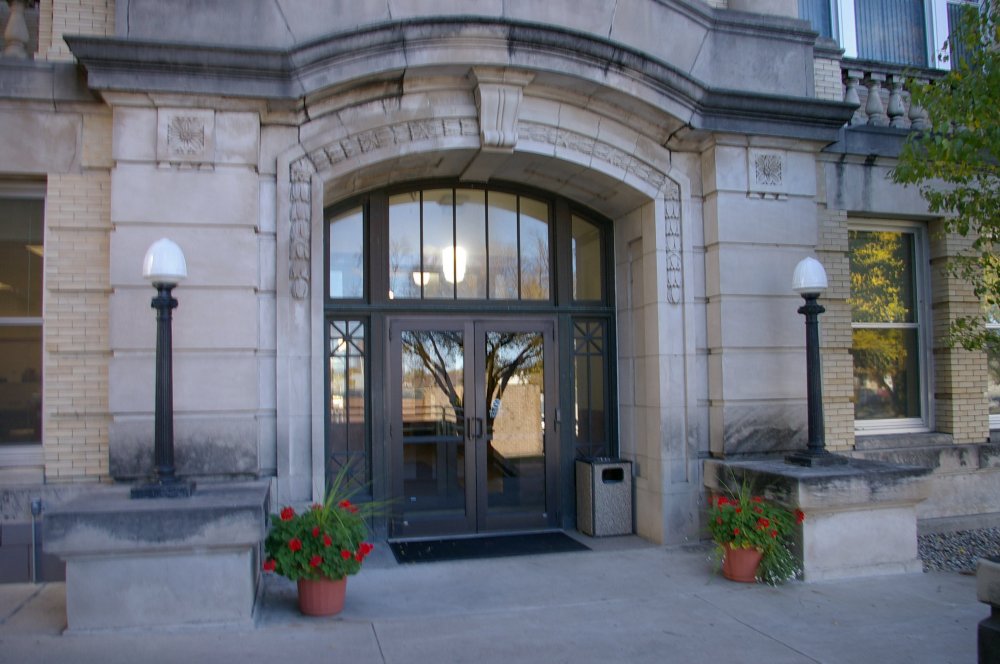 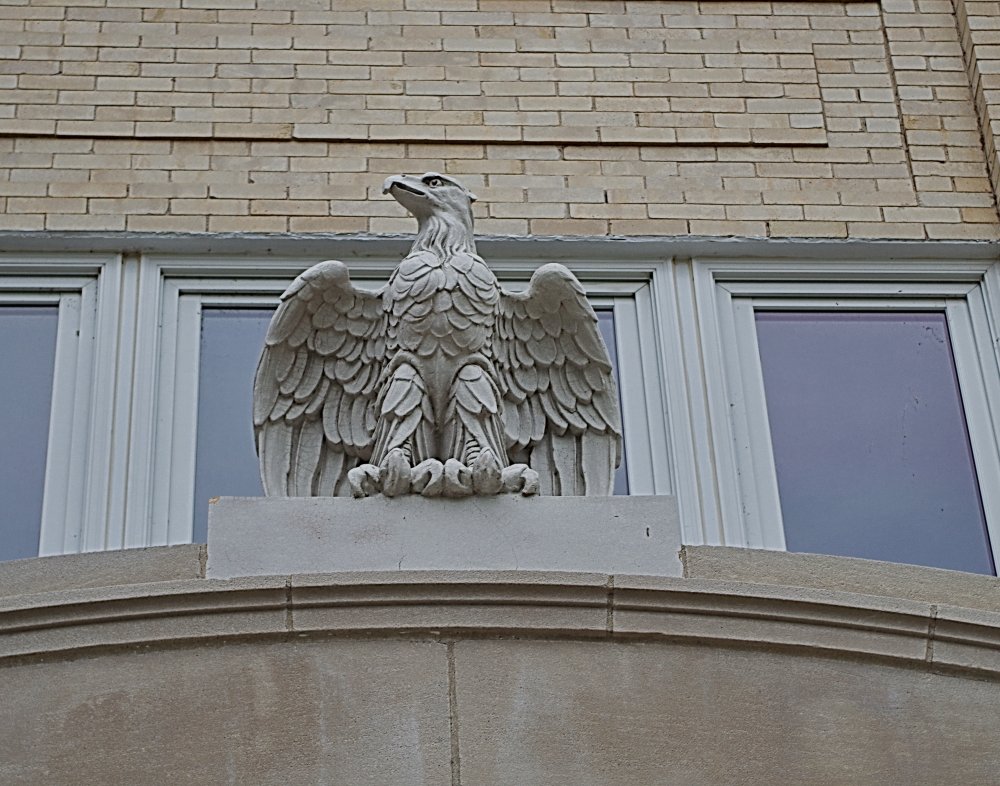 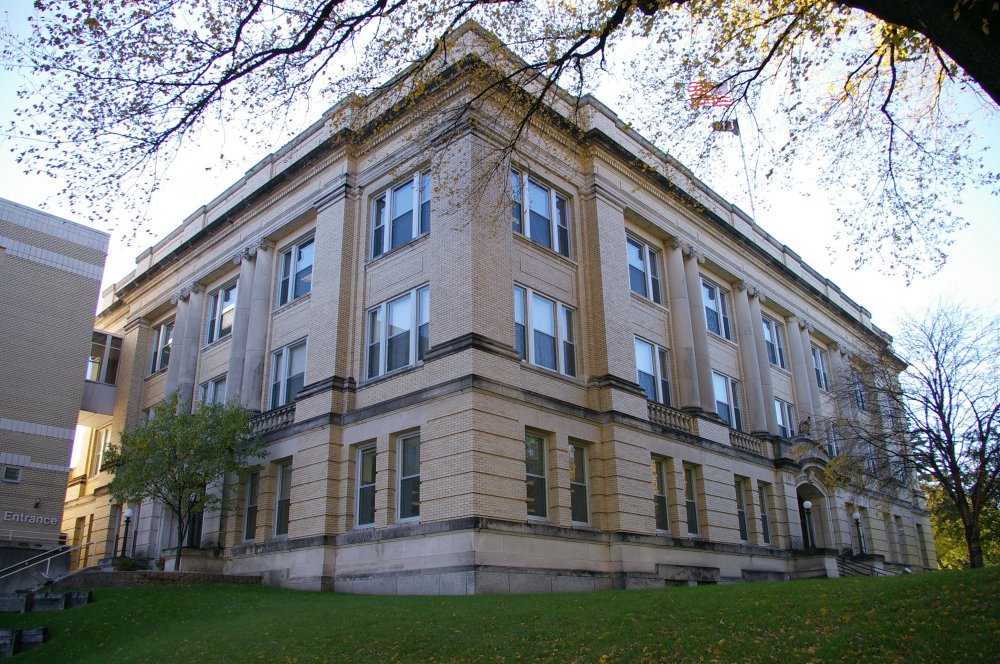 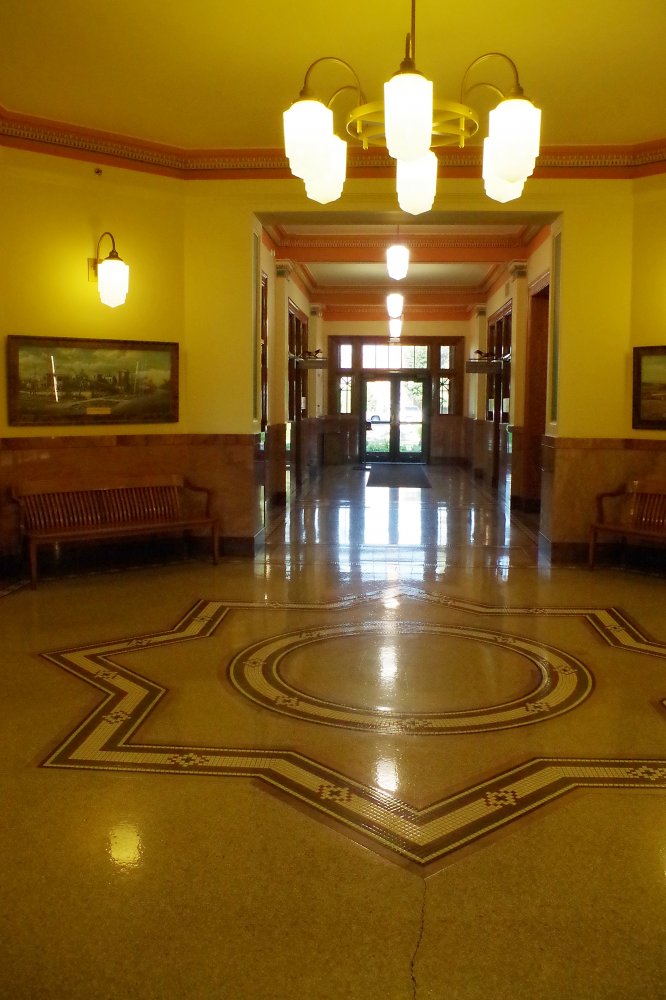 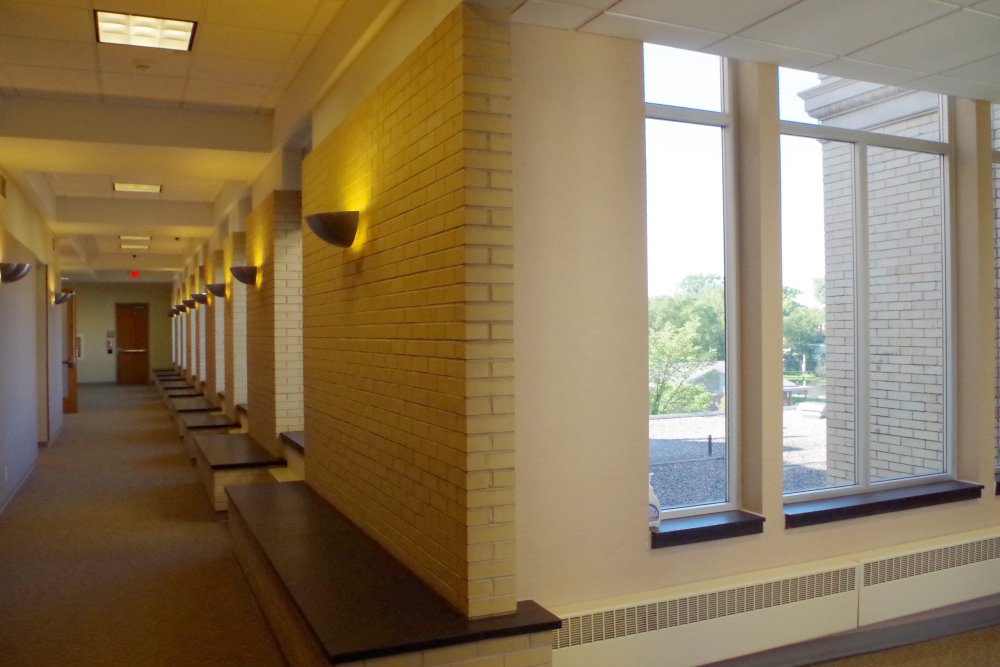 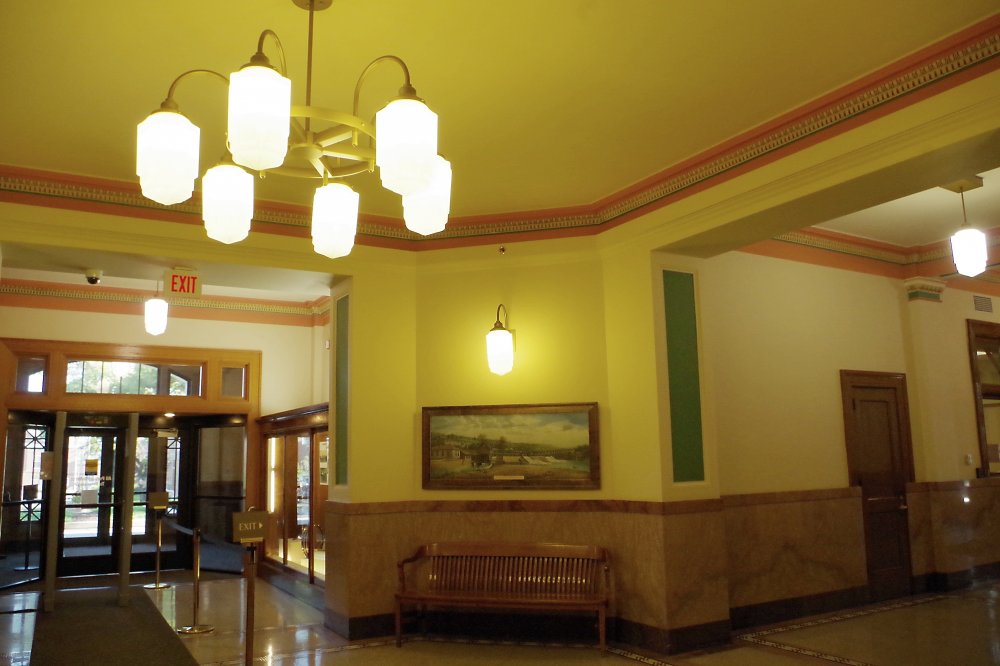 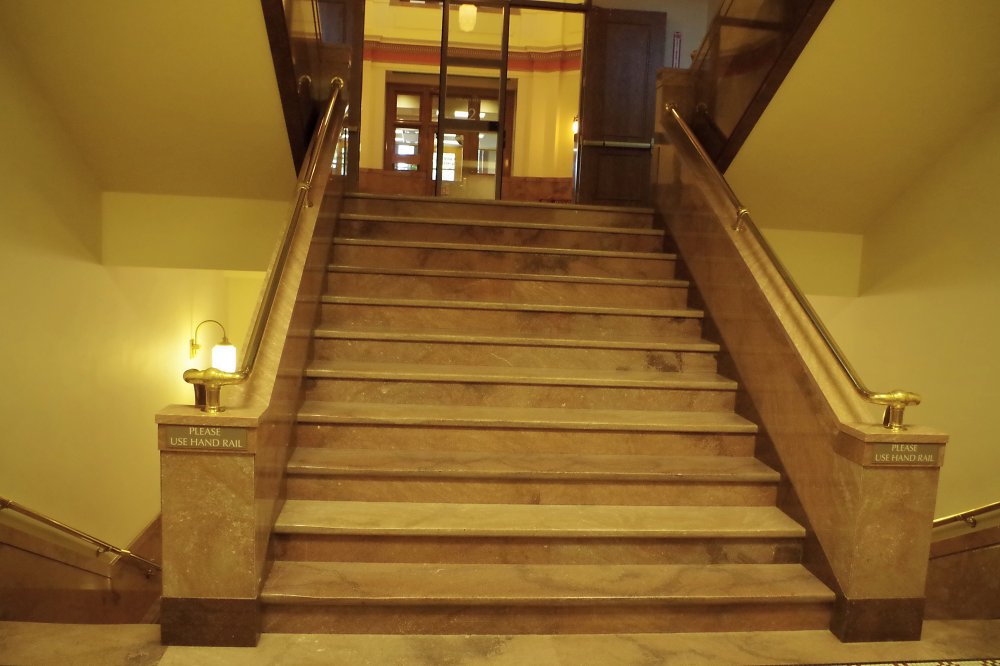 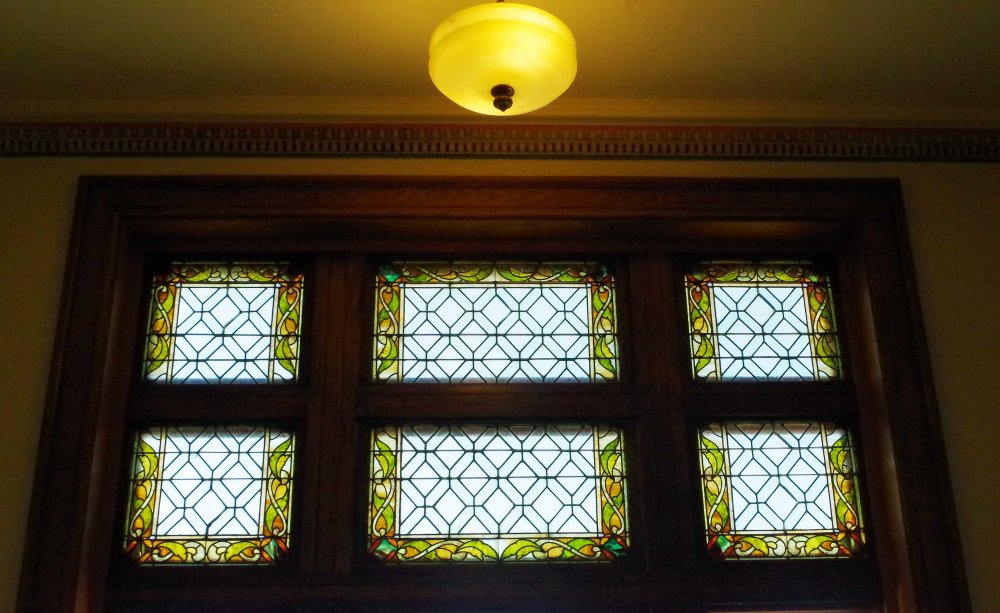 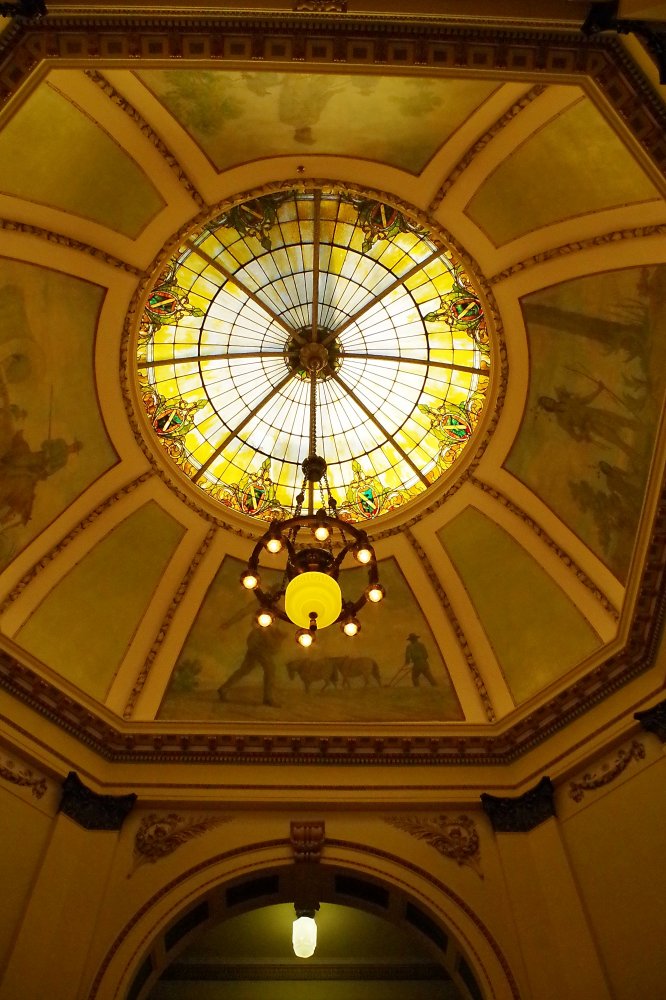 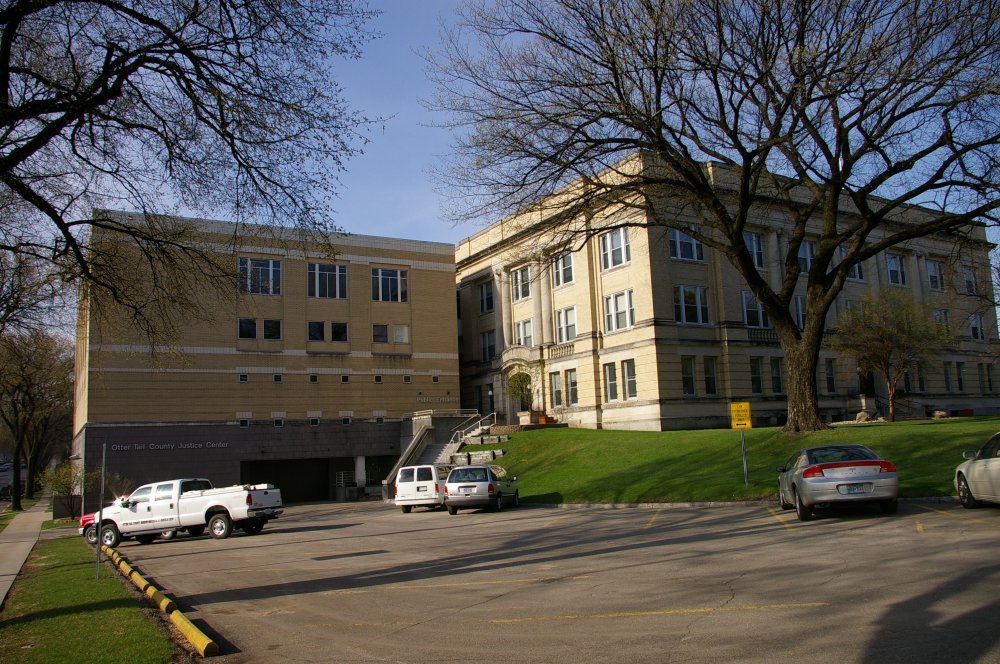