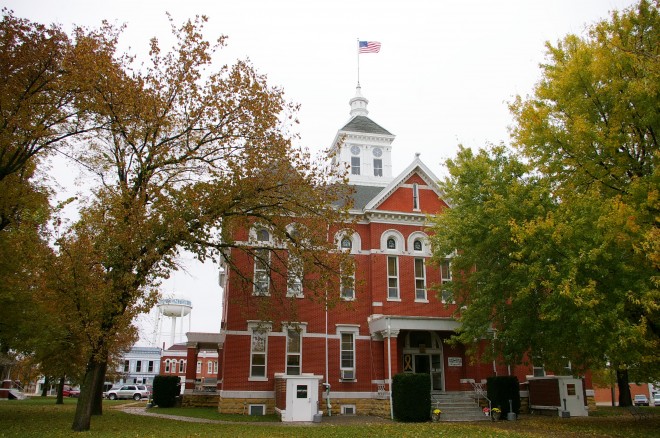 Woodson County is named for Daniel Woodson, who was Secretary of the Kansas Territory and Acting Governor; or for Silas Woodson, who a lawyer and politician in St. Joseph, Missouri and was Governor of Missouri. 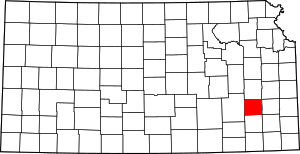 Description: The building faces south and is a three story red colored brick, stone and wood Romanesque style structure. The rectangular shaped building is located on the spacious landscaped grounds of the Courthouse Square in the center of Yates Center. The building has a limestone block basement. The south front has a small porch on the first story and there are porches on each side. The windows on the second story have stone trimmed arches above. On each corner is a large square brick tower pavilion. On the center of the roof is a square wood cupola with smaller cupola at the top. In the interior, the first story has two long corridors intersecting at the center of the building. On the second story, the courtroom is located on the south half of the second story and has a high ceiling which is decorated with wood framing in interlocking rectilinear patterns. The building houses the County District Court of the 31st Judicial District. 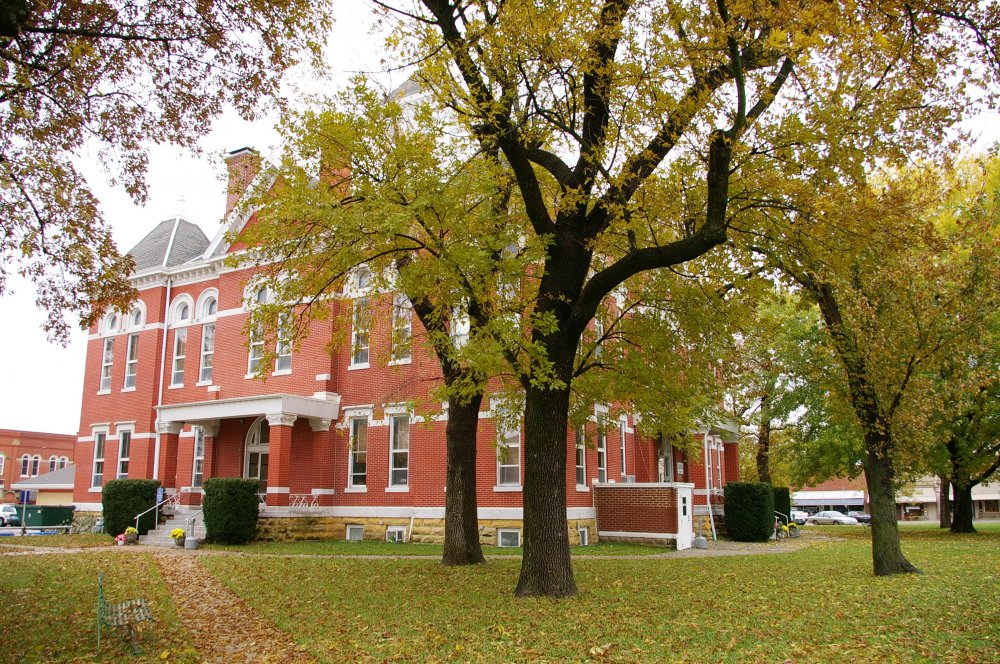 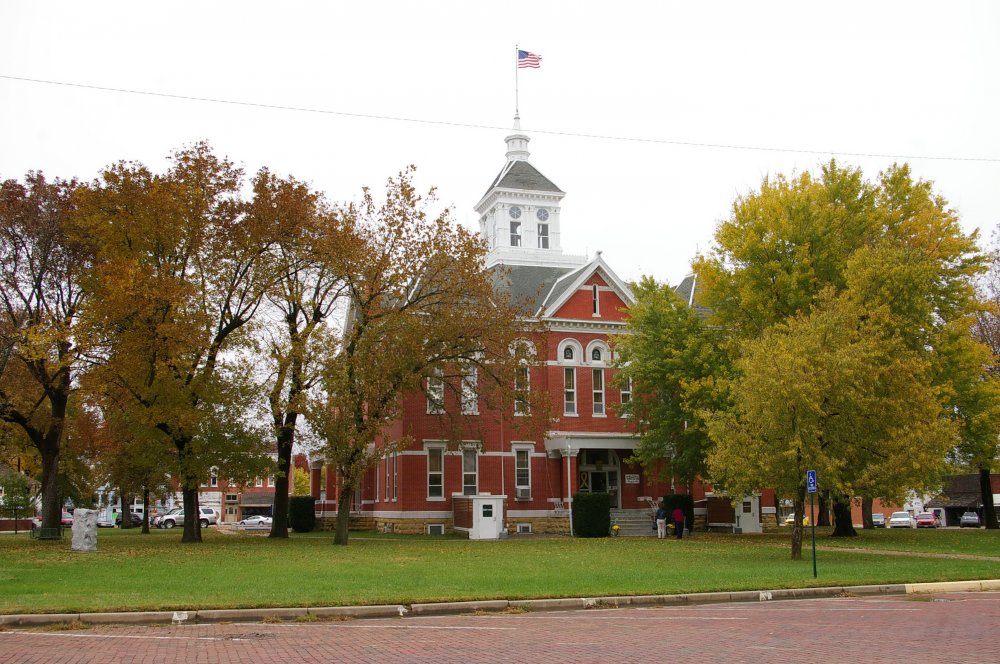 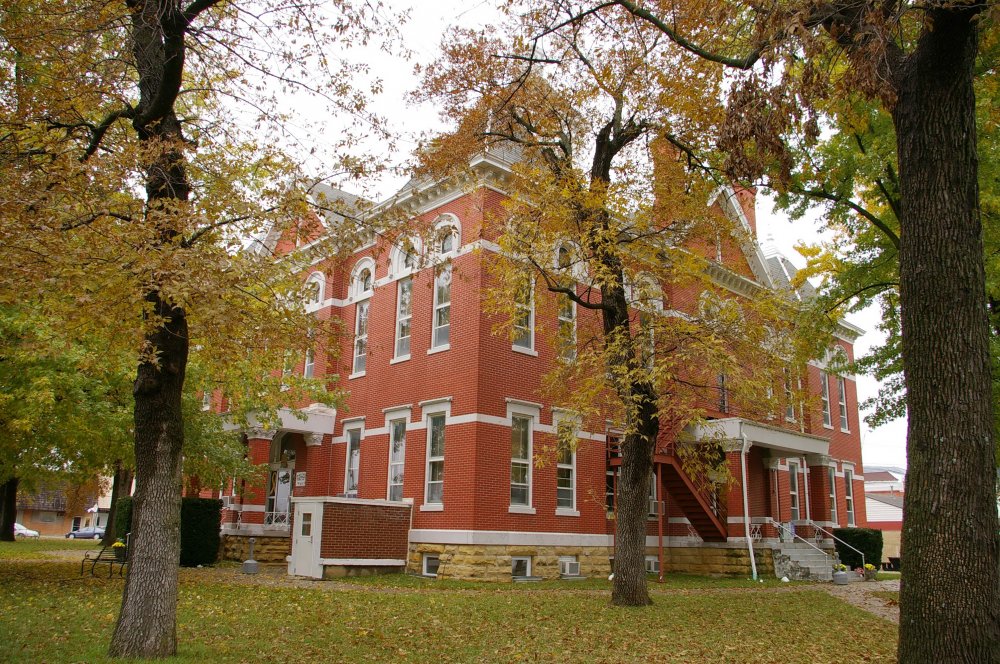 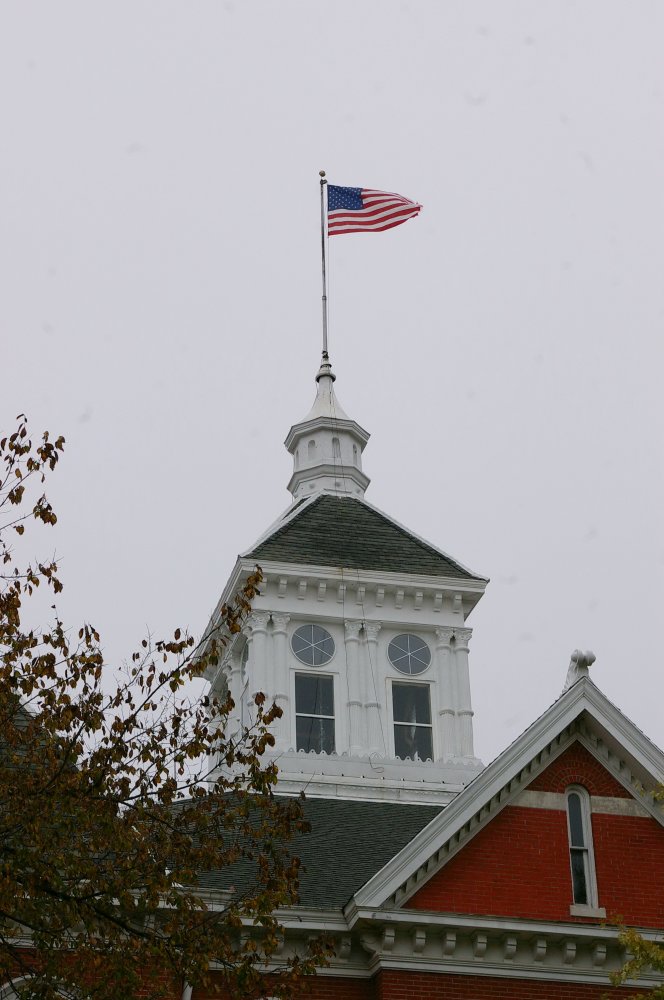 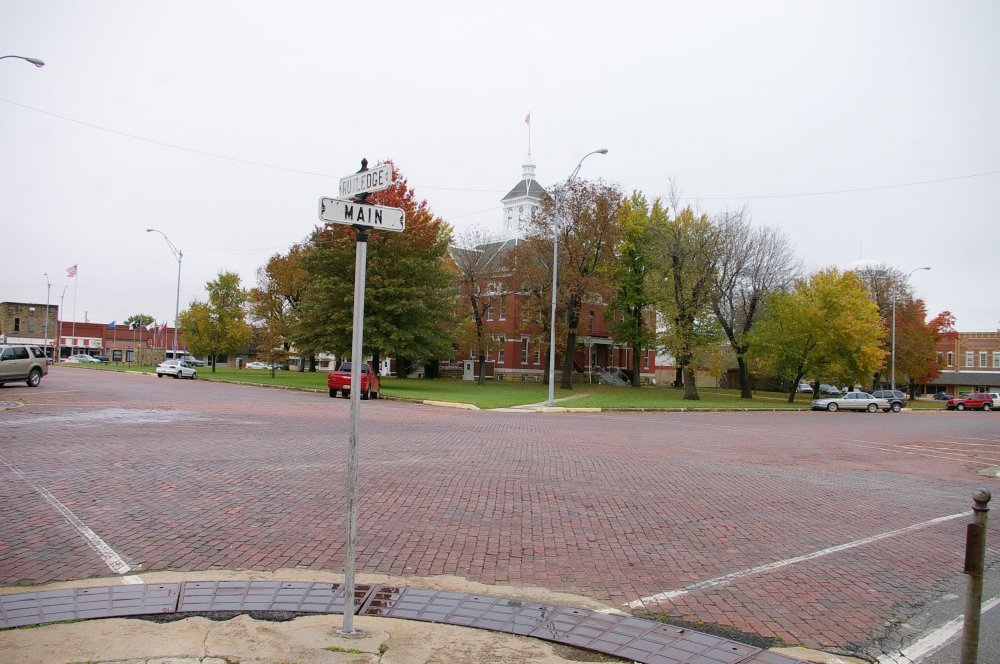