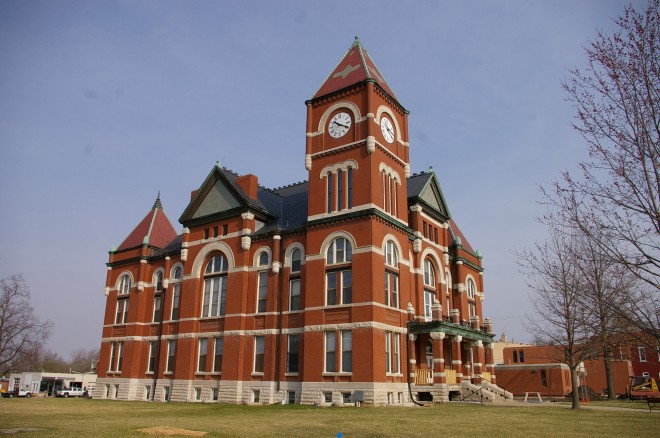 Miami County is named for the Miami Native American Indian tribe who resided in the region. 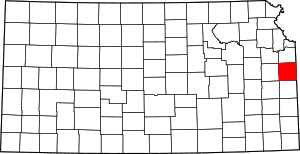 Description: The building faces east and is a two story red colored brick and stone structure. The building is located on spacious landscaped grounds in the center of Paola. The east front has a porch on the first story supported by four square brick pillars. On the second story is a large arched window. On the southeast corner rises a four story square red colored brick clock tower with steep roof. The other corners have smaller towers with steep roofs. The center section on each side has a gable. The base is white colored Carthage limestone. The walls are built of hydraulic pressed bricks and there are black and red colored slate on the towers and gables. The roof is hipped. In the interior, the courtroom is located on the second story and has quartered oak with a natural finish. The building houses the County District Court of the 6th Judicial District.

Note:  The contract was let to L W Divelbis of Olathe, but he did not fulfill the terms of the contract and was relieved of the work. The commissioners decided to supervise the finishing of the building. The cost amounted to an amount under $90,000.

History:  The county was created in 1861 and Paola was selected as the county seat. The first county offices were located in several rented locations. In 1869, the court and offices were located on the second story of the Rainey Building erected by William Grove Rainey on the southwest corner of the Courthouse Square in 1869 in Paola. In 1876, the county purchased the old Paola School for $9,200 which became the first courthouse. The second and present courthouse was constructed in 1897 to 1899 at a cost of $90,000. 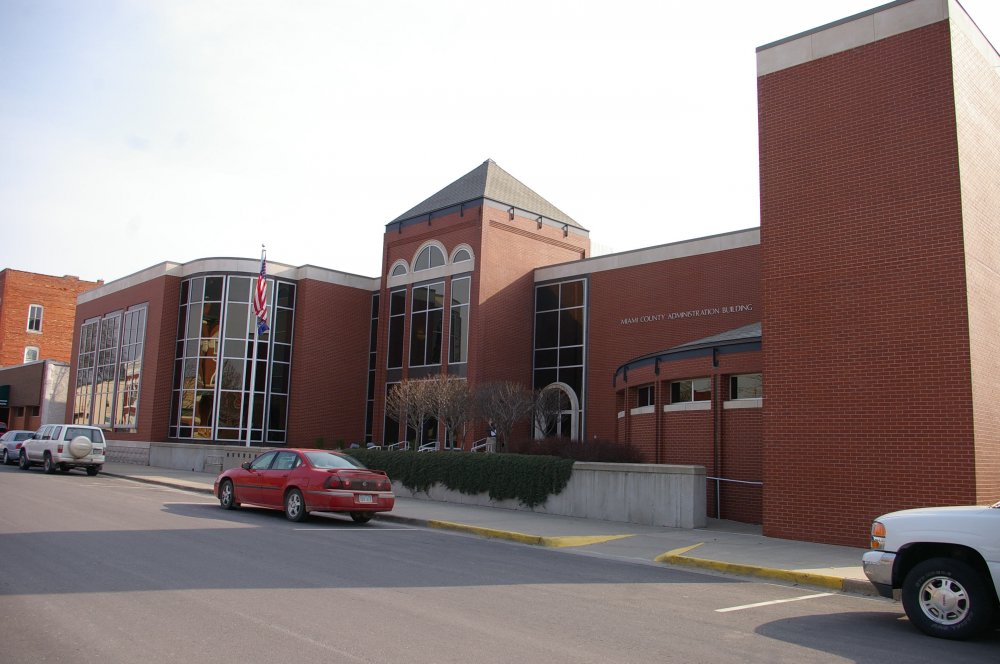 Description: The building faces west and is a two story red colored brick and concrete  structure. The building is located in the center of Paola on the east side of the courthouse. The west front has a large square  tower with the north section extending west to the street line. 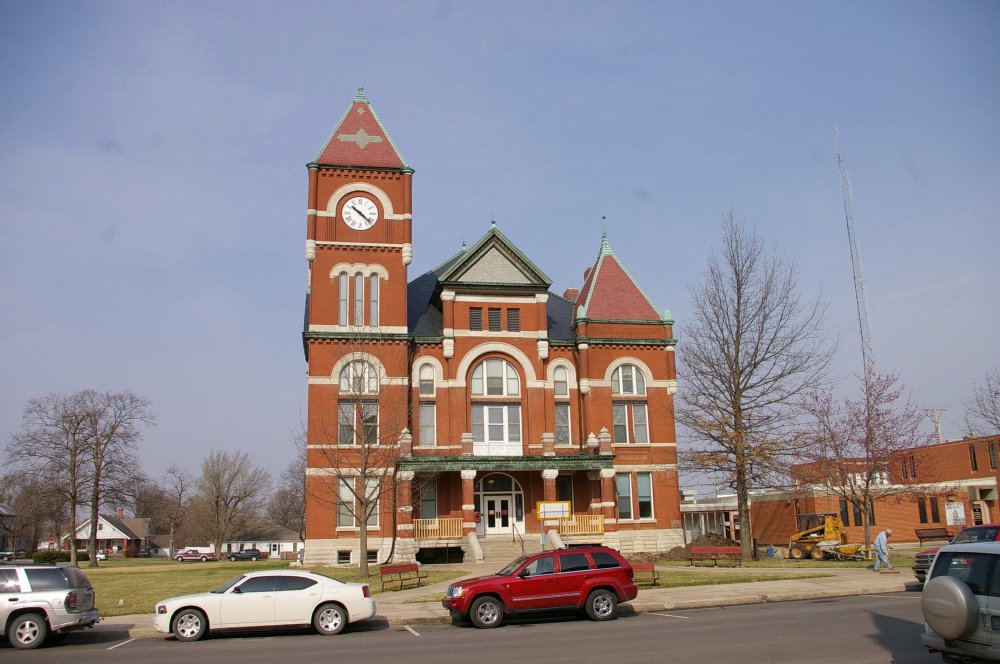 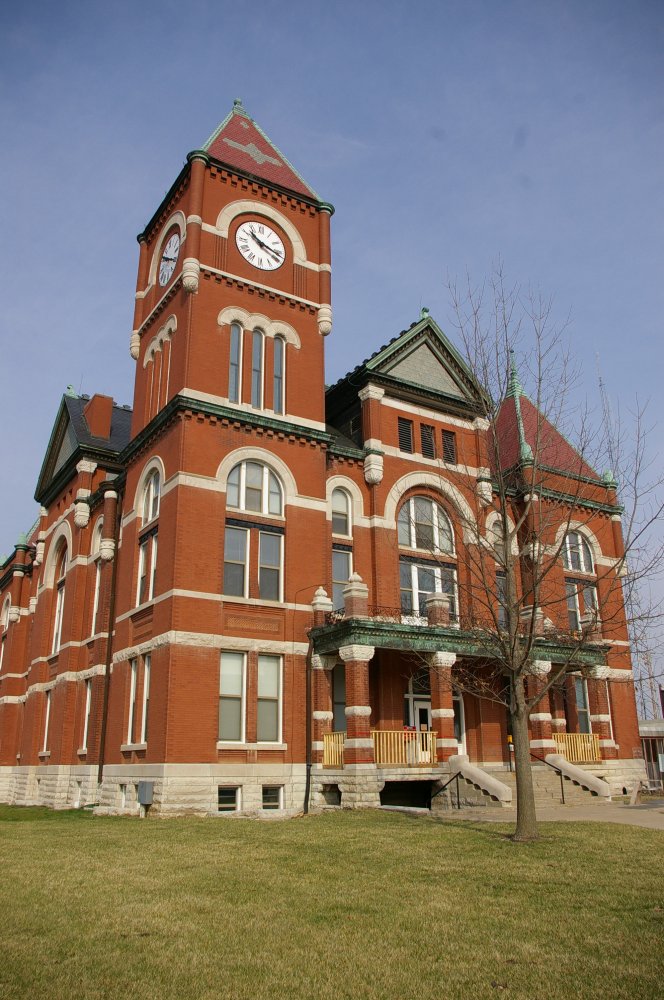 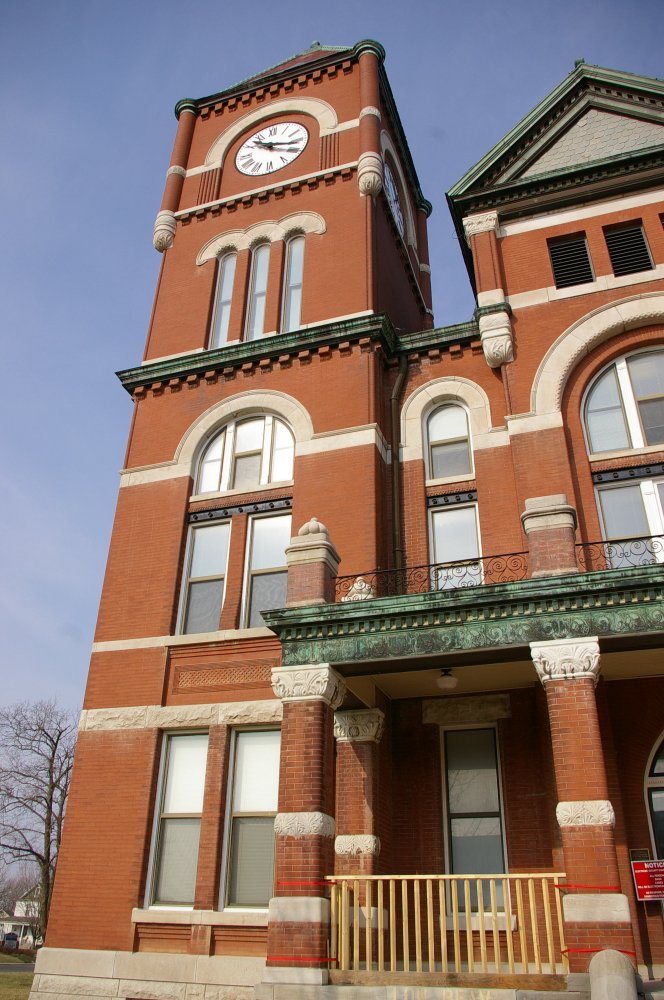 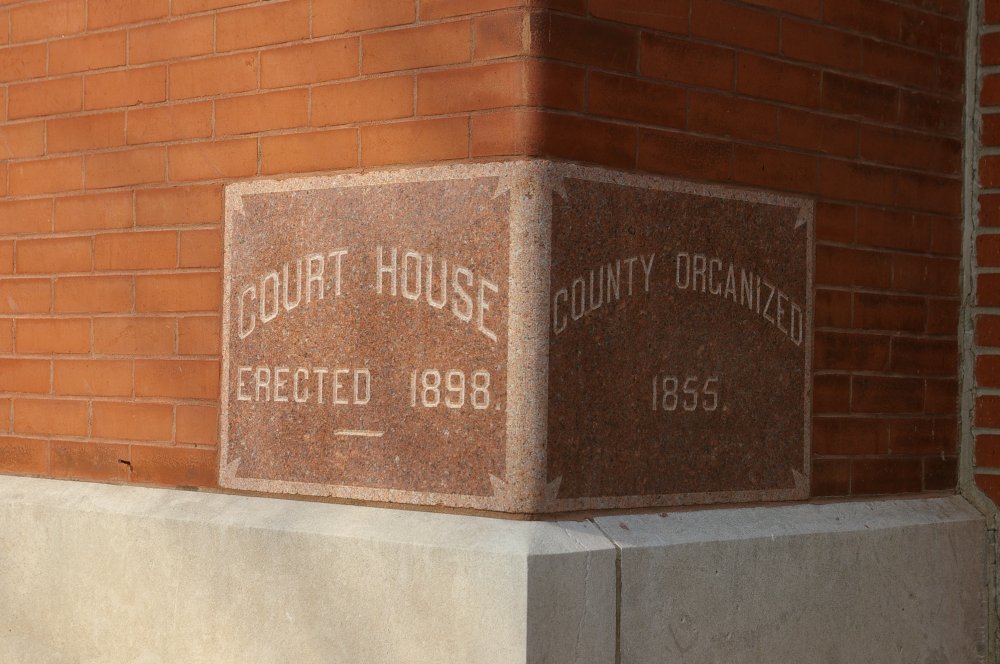 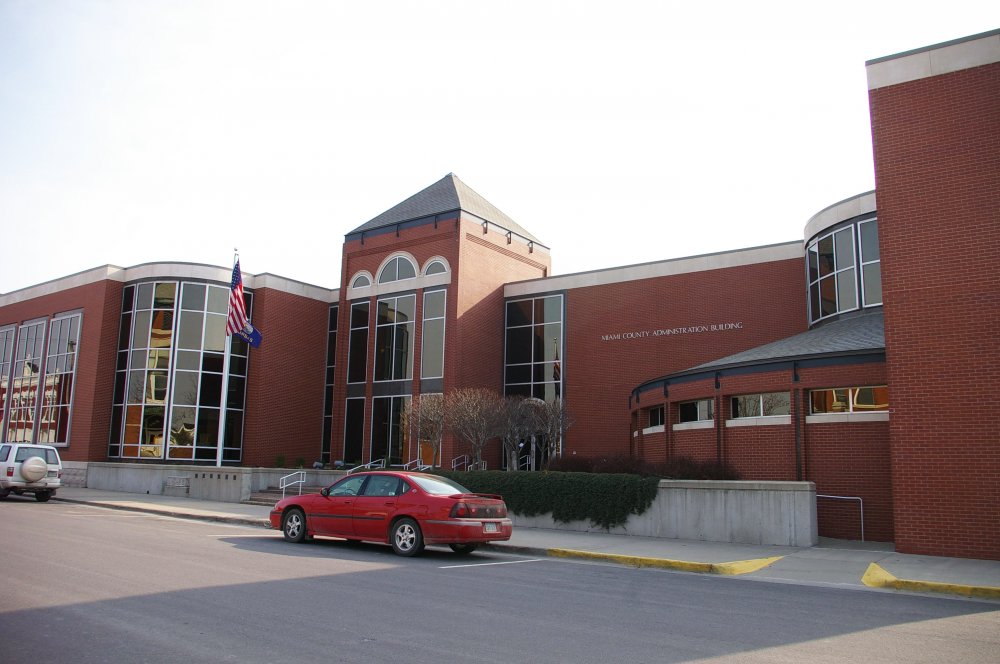 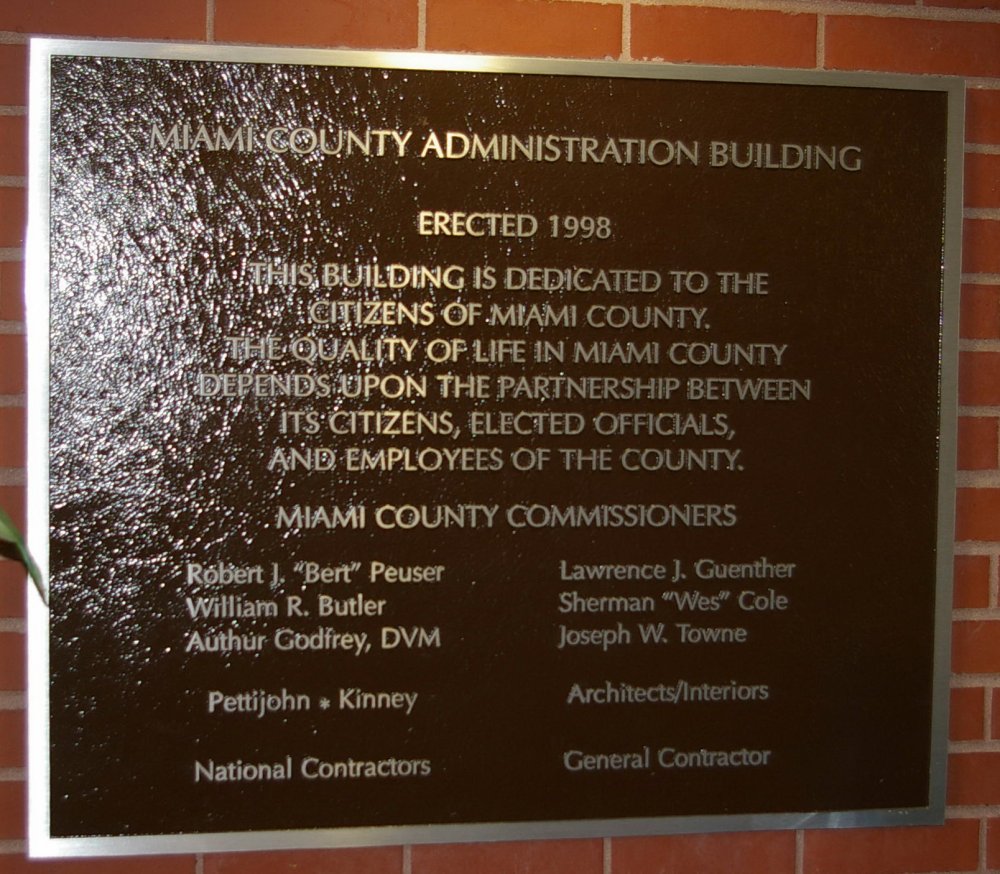