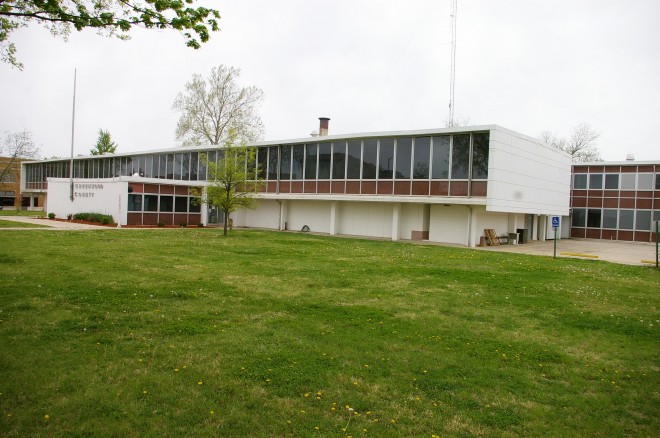 Greenwood County is named for Alfred B Greenwood, who was a United States congressman from Arkansas and a commissioner of Indian Affairs.

Description:  The building faces east and is a two story concrete and glass structure. The building is located on spacious landscaped grounds in the center of Eureka. The building is a “T” shape with south, west and north wings. The second story overhangs the first story and is supported by concrete pillars. On the east front is a projecting one story entrance section. The windows on the second story are vertical with brown colored panels along the bottom. There are no windows on the first story except along the west section of the building. The building houses the County District Court of the 13th Judicial District. 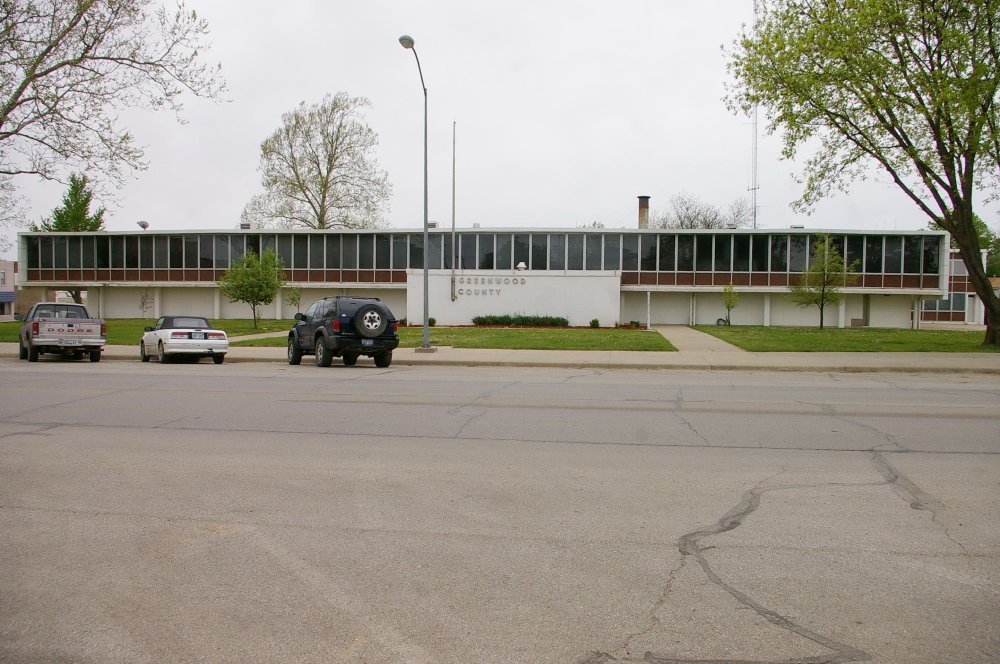 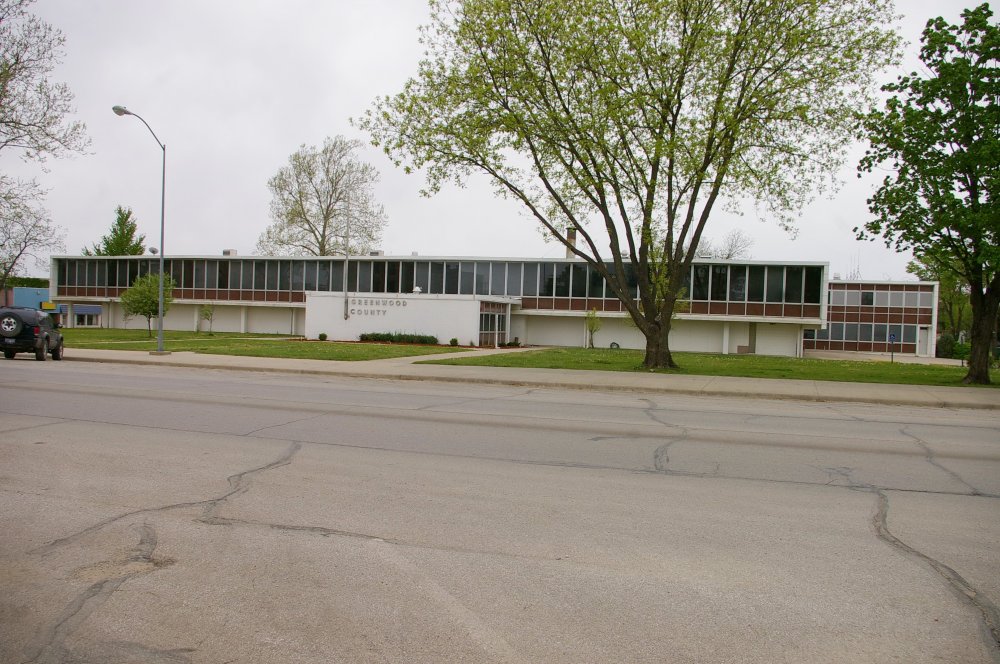 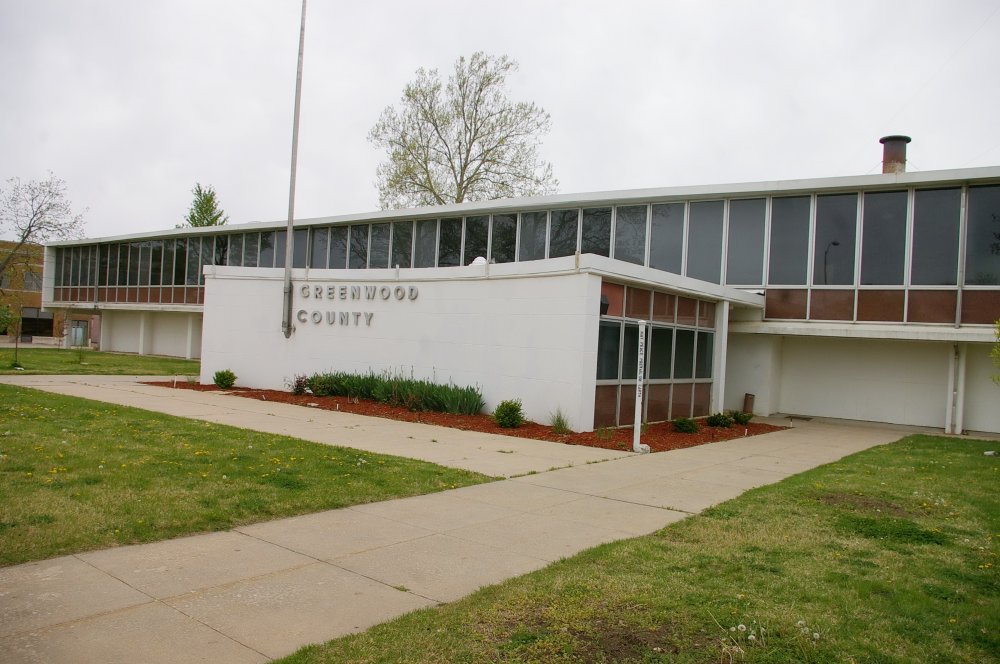 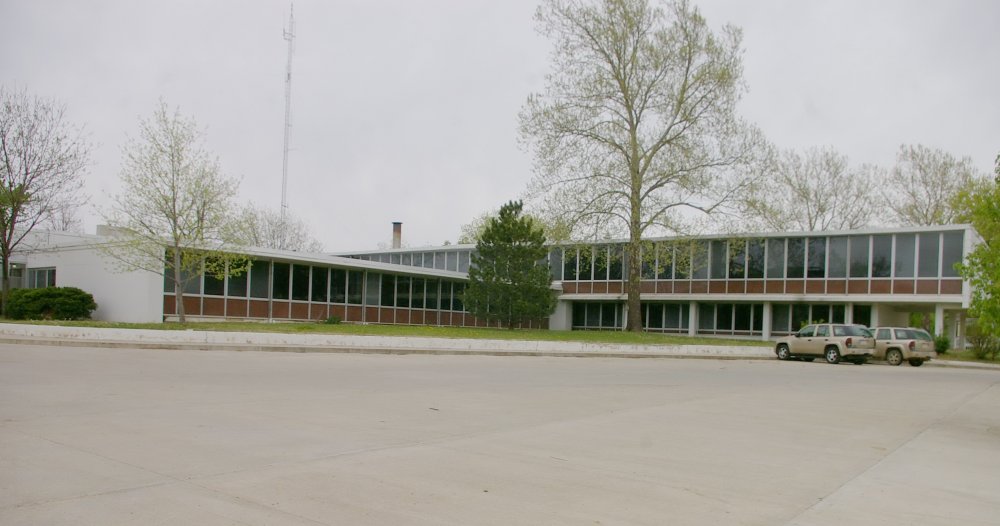 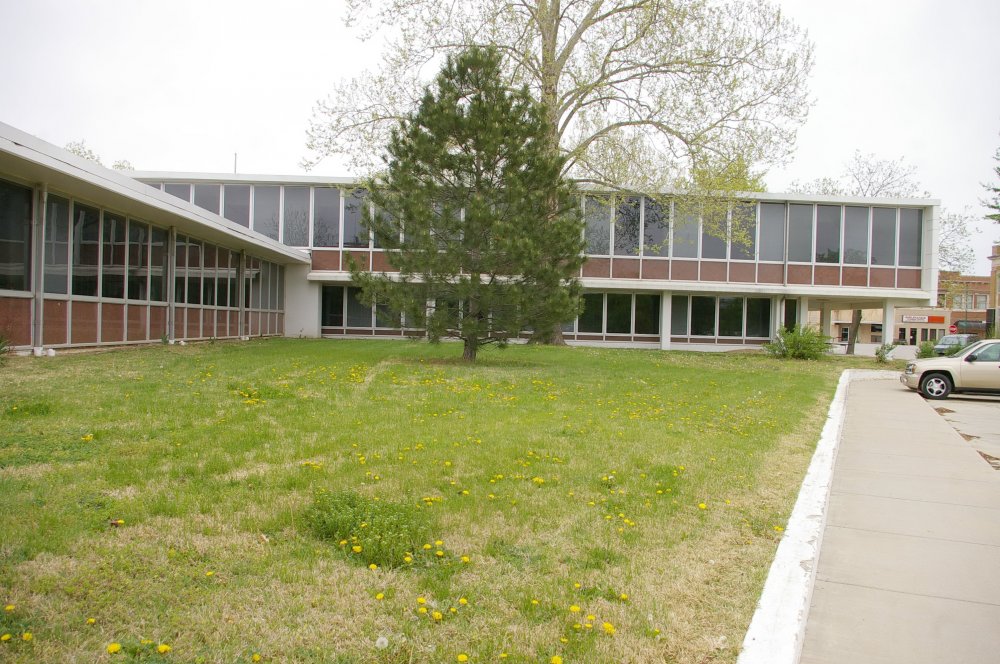 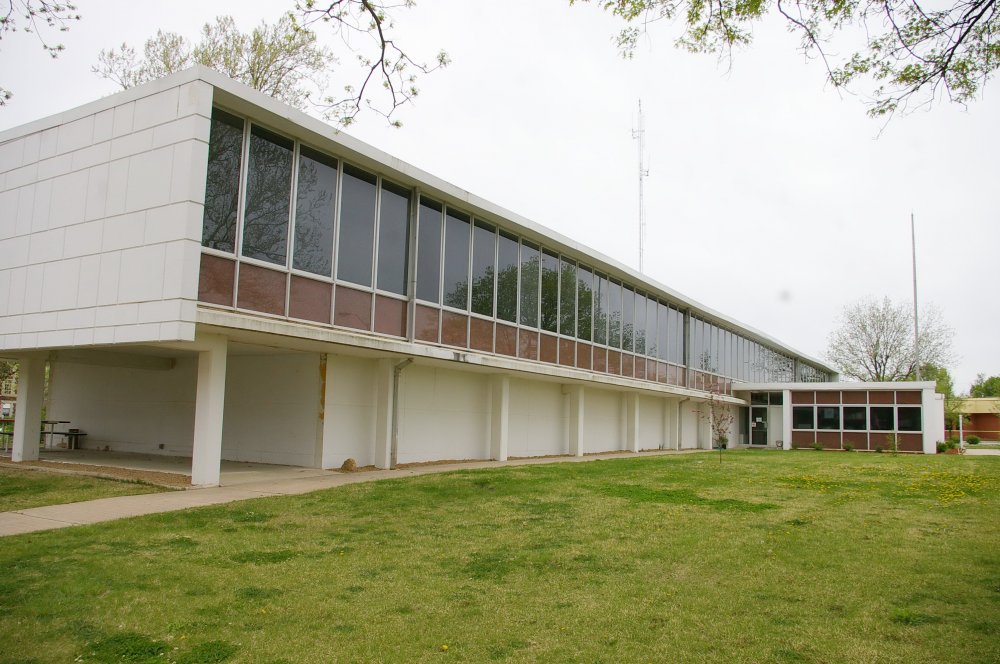 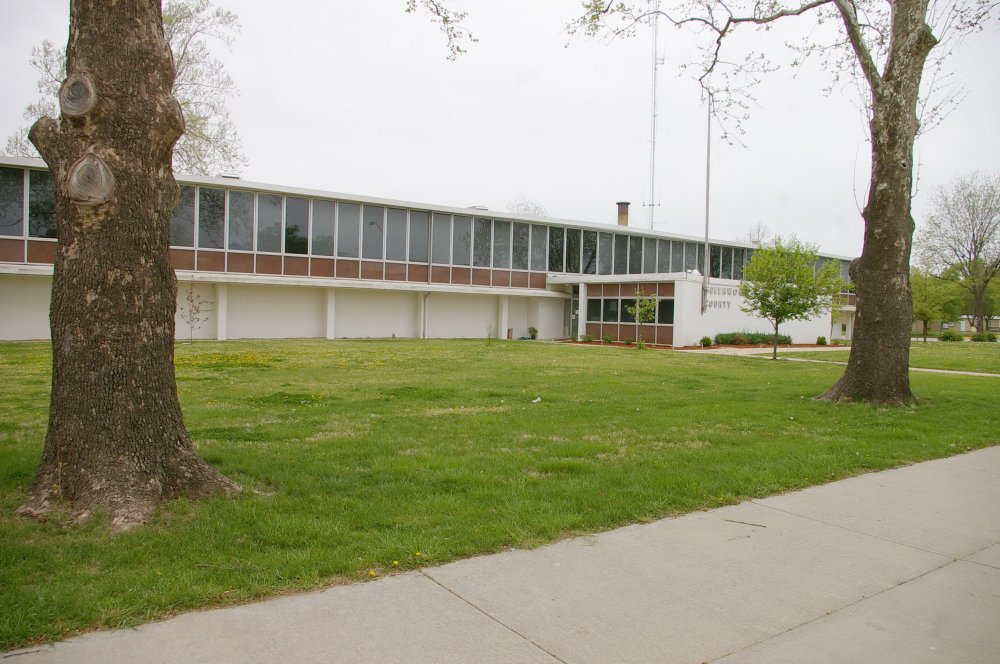