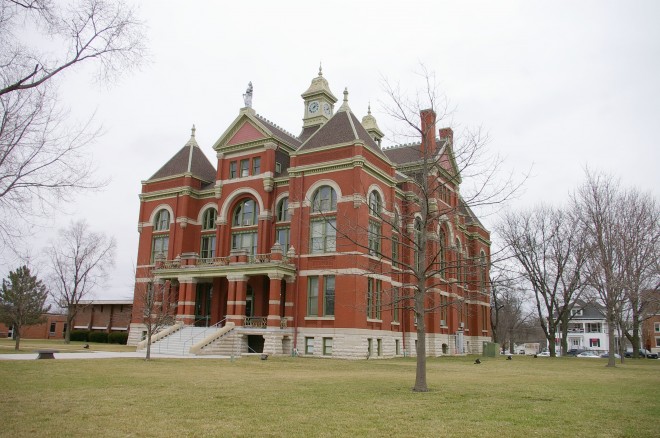 Description: The building faces west and is a three story red colored brick and limestone structure. The building is located on the landscaped grounds of the Courthouse Square in the center of Ottawa. On the west front is a porch supported by four square brick pillars with balcony above. On each corner of the building are large square brick towers with peaked roofs. The second story windows are arched with stone trim. On the roof are two square cupolas. The west cupola contains a four-sided clock and the east cupola is an open four-sided bell tower. The base is constructed with rough-hewn limestone blocks. The roof is hipped. In the interior, entries beneath the porch lead to a long corridor on both the basement first story. The large two story courtroom is located in the middle of the second story. The north and south sides of the courtroom feature double-height arched windows. A generous balcony bisects the southern windows. The ceiling is decorated with wood banding reminiscent of coffering, and the walls feature wood wainscoting. The original furnishings included fixed seating for jurors, lawyers, and the public; railings that define the various seating areas; and a grand judge’s bench.  On the east side is the County Jail and on the north side is the County District Courthouse.

History:  The county was created in 1855 and St. Bernard was selected as the county seat. In 1858 the county seat name was changed to Minneola and the first courthouse was the old Capitol building built to be the future capital of Kansas. When Minneola was not chosen as the capital, the county seat was  moved to Ottawa in 1864. The old Capitol building was taken down and moved to the northeast corner of Second Street and Main Street in Ottawa in 1864. Court was held in the second story of the building then named as Lathrop’s Hall. The second and present courthouse was constructed in 1892 to 1893 at a cost of $66,940. 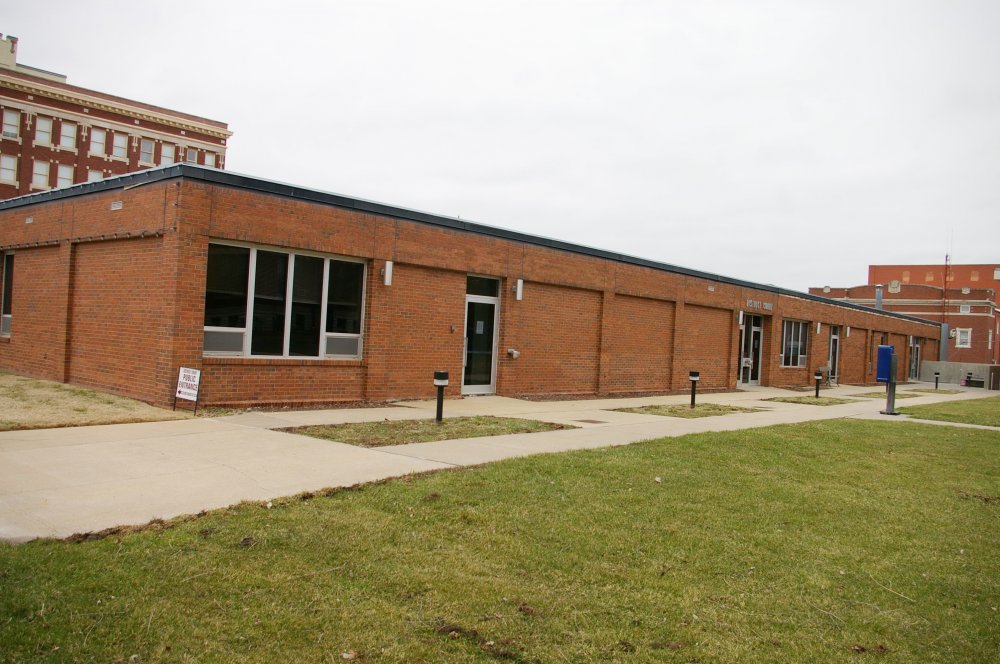 Description: The building faces north and is a one story red colored brick and concrete structure. The building is located on landscaped grounds in the center of Ottawa on the north side of the courthouse. The building is a long rectangular style with few windows. The entrance is located near the northeast corner and has a canopy supported by thin black pillars. The roof line is flat. 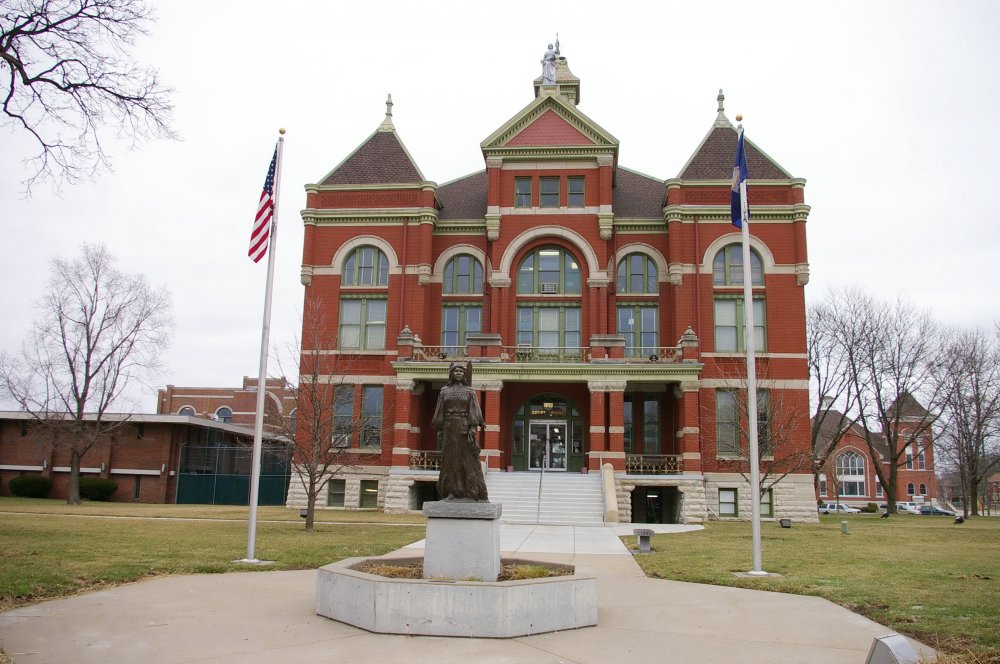 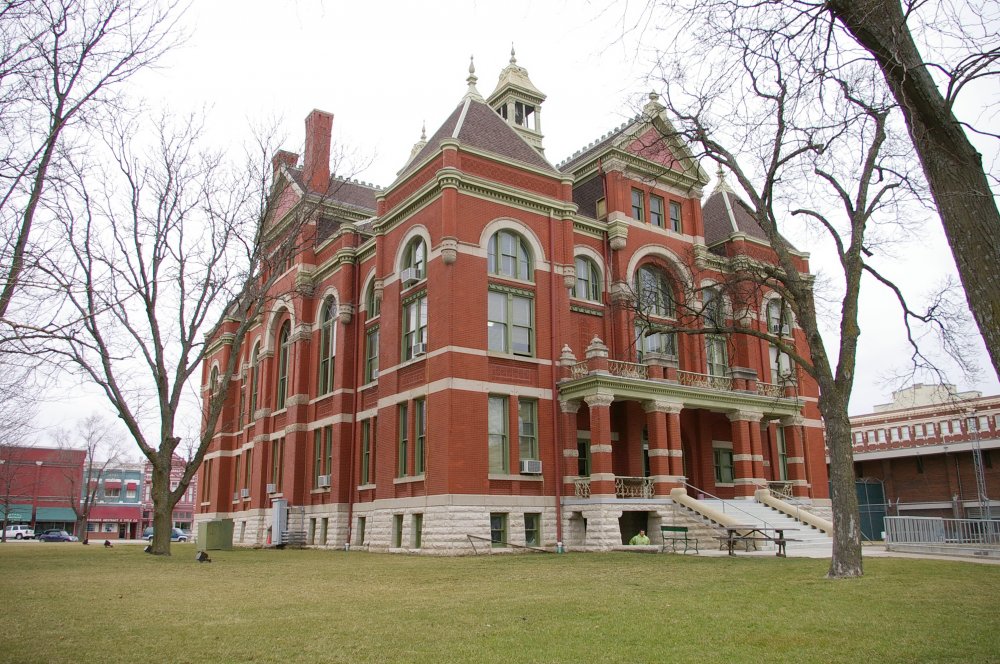 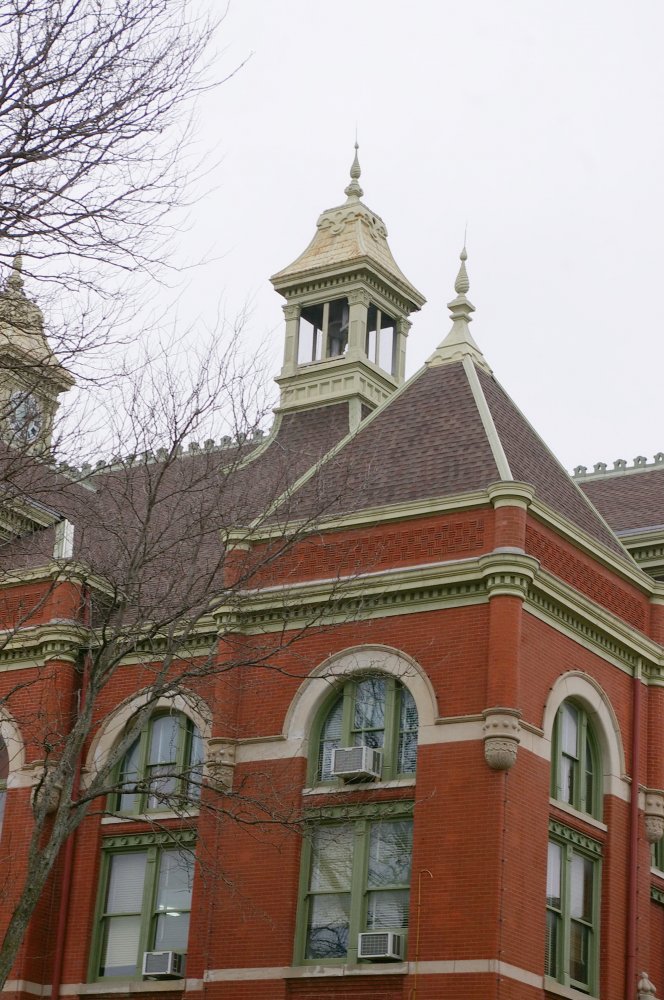 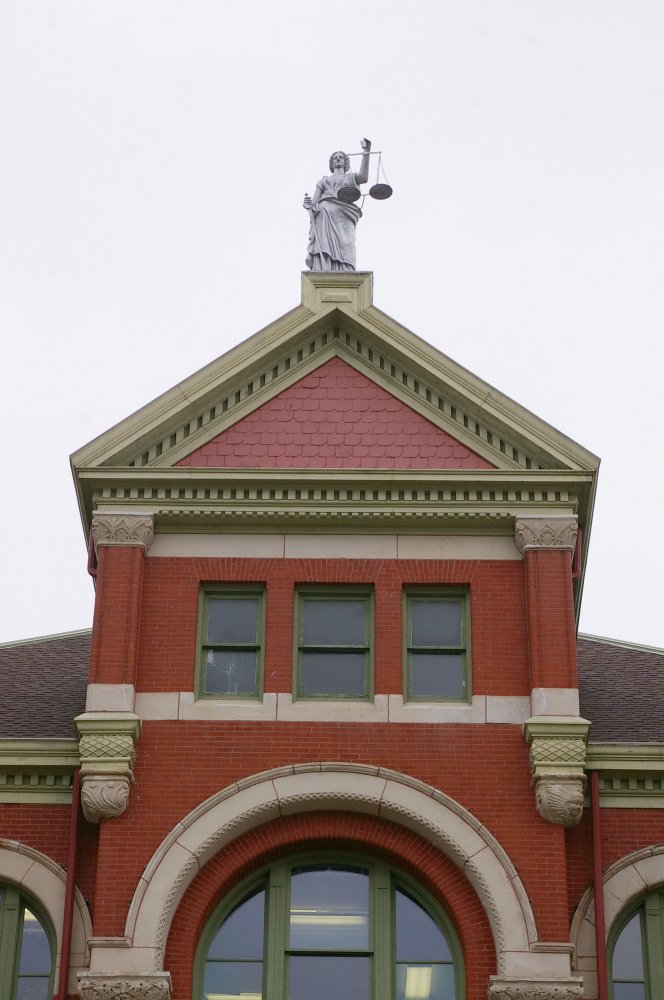 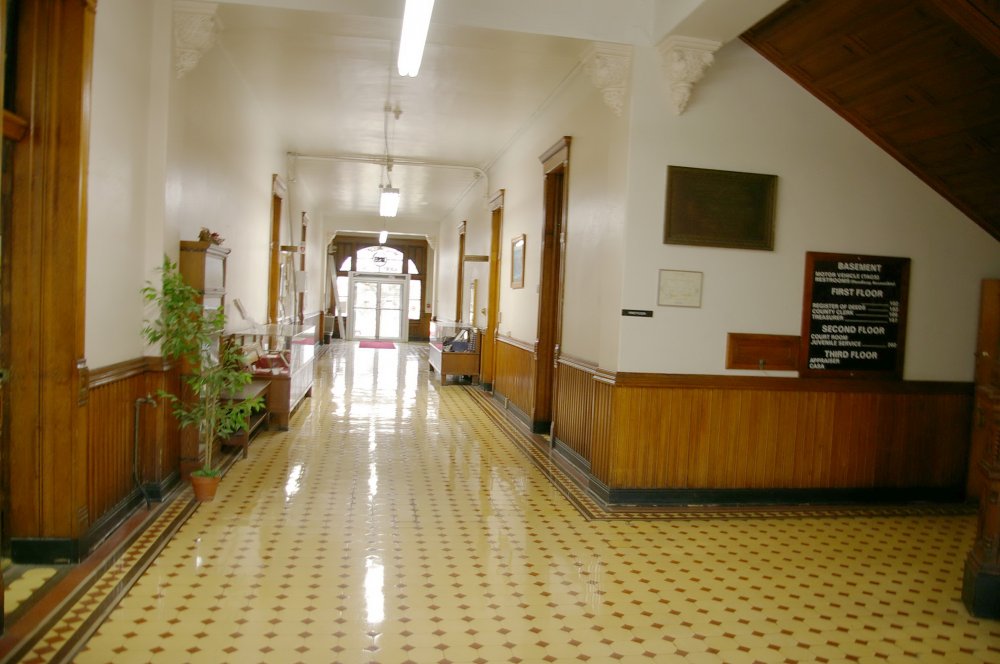 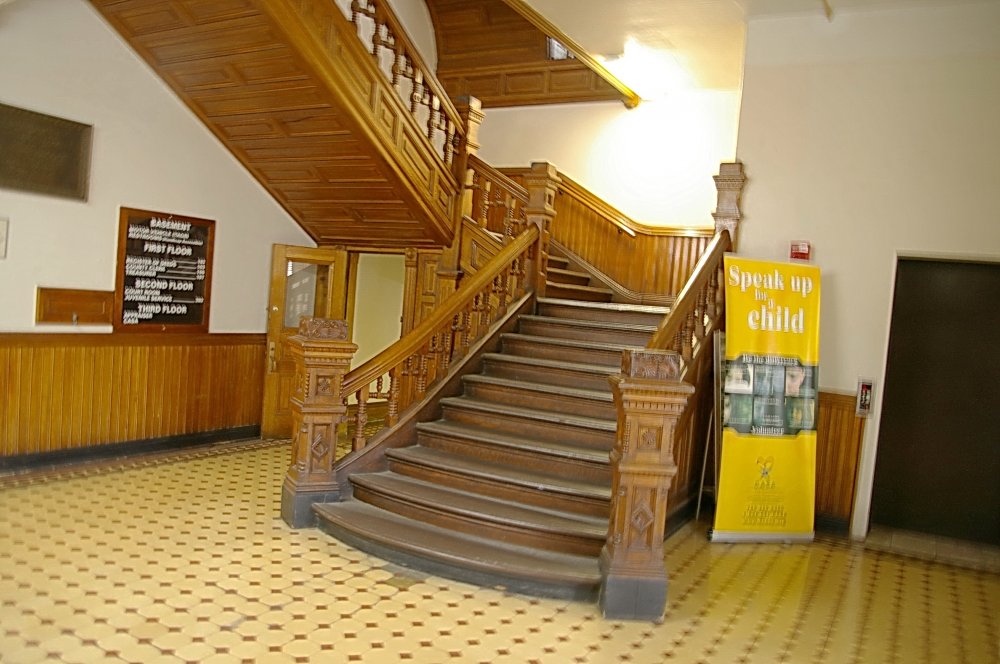 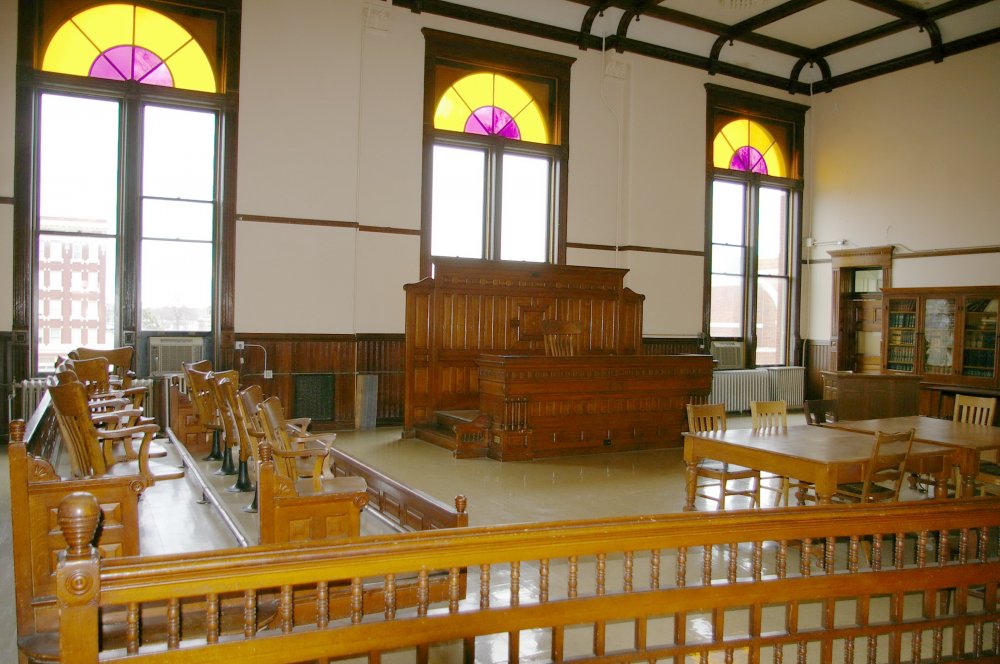 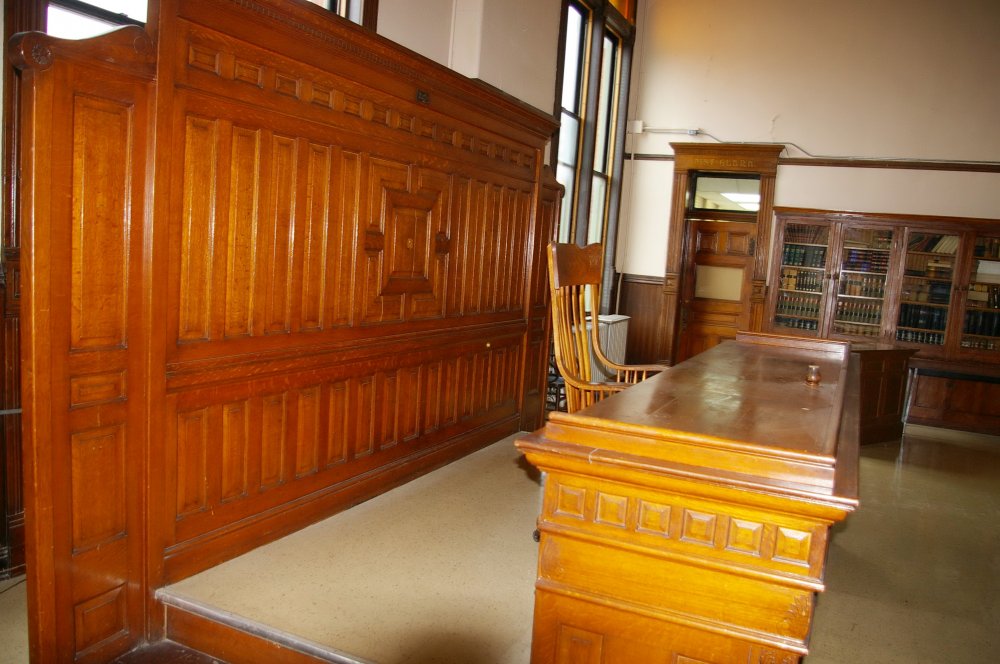 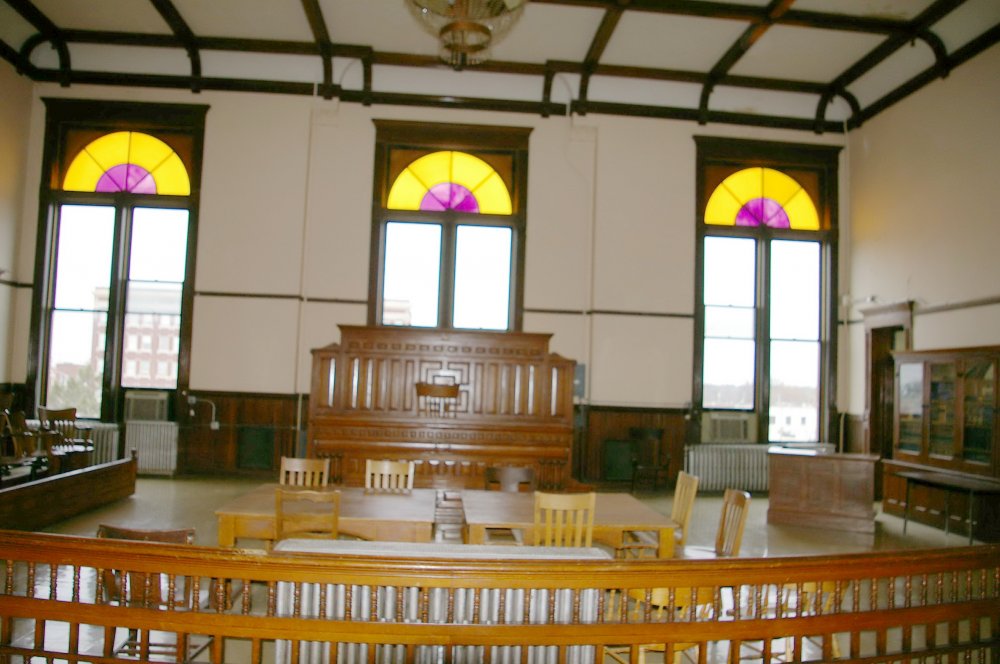 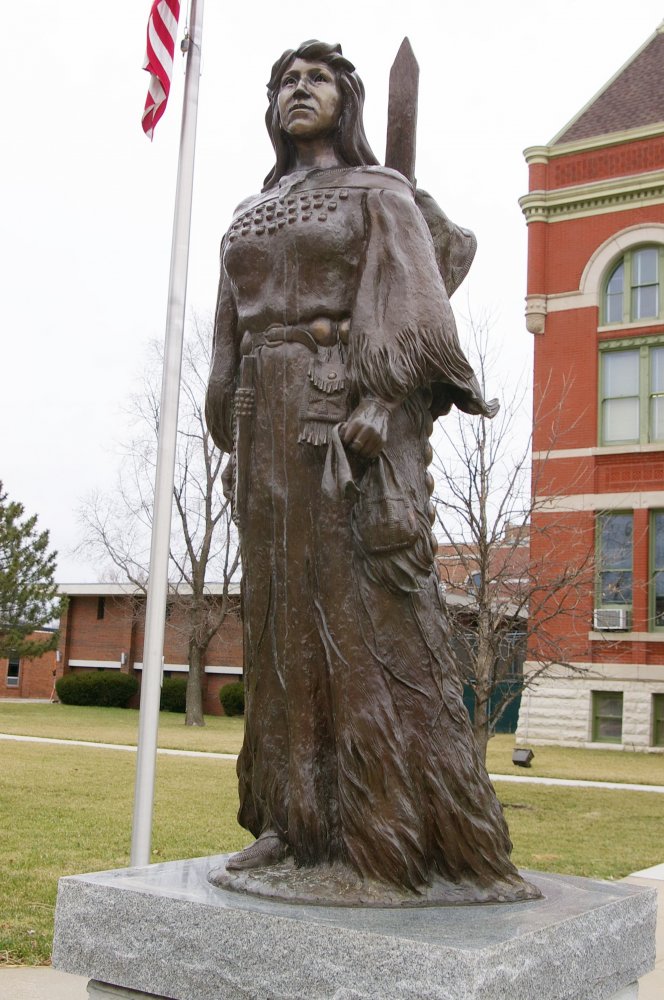 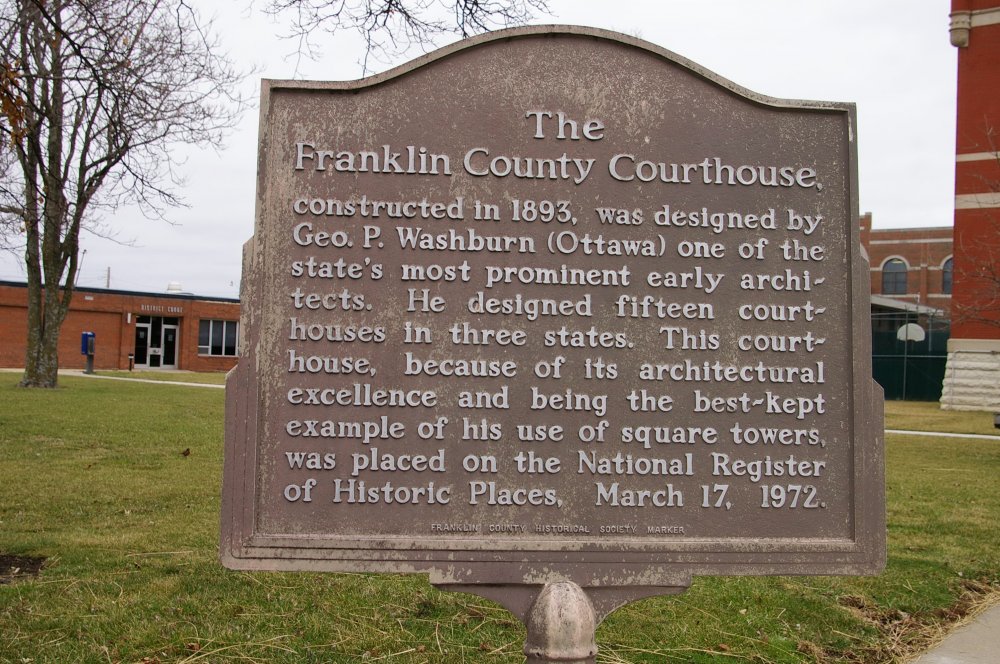