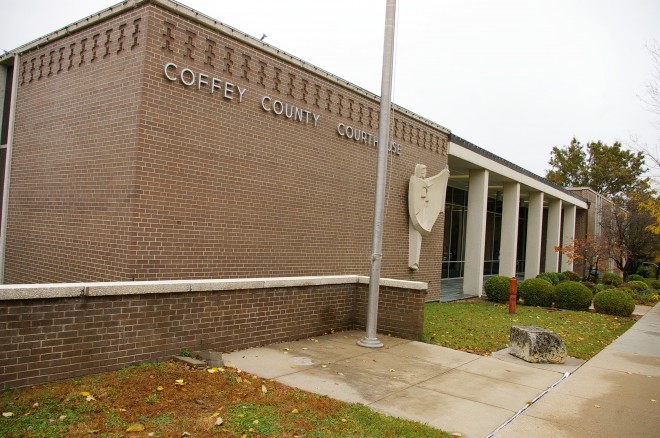 Coffey County is named for A M Coffey, who was a member of the Legislative Council of the Kansas Territory. 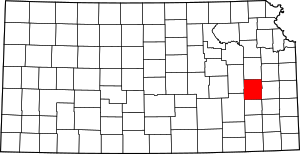 Description: The building faces east and is a one story red colored brick and concrete structure. The building is located on landscaped grounds in the center of Burlington. The building is “U” shaped with a north wing and south wing joining the east wing. The east front has an overhanging center section supported by five pillars and with recessed entrance and glass panel wall. On the south side of the front is a modern statue of Justice. The entrance is recessed with glass panels. There is an entrance at the center of the west side. The roof line is flat. In the interior, a corridors runs along the glass panel wall on the east side of the building. The County District Court courtroom is located along the south side of the building and is named as the Phillip M Fromme District Court. 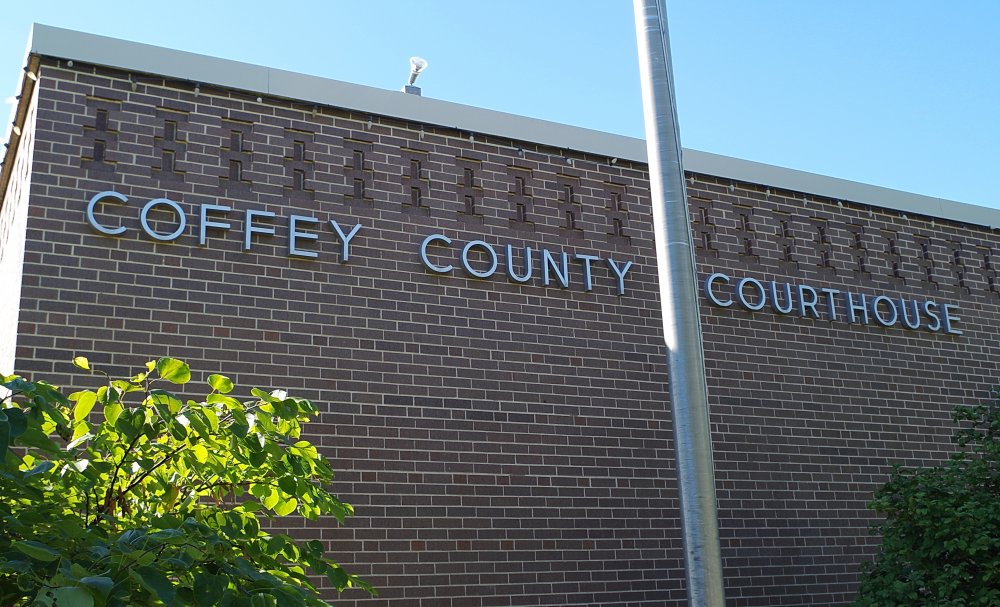 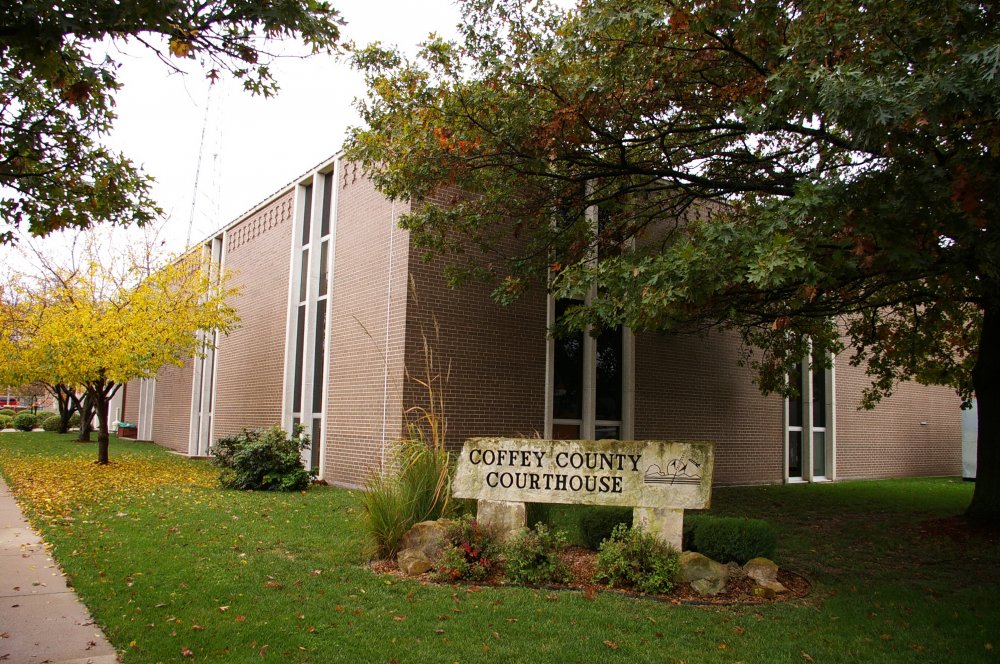 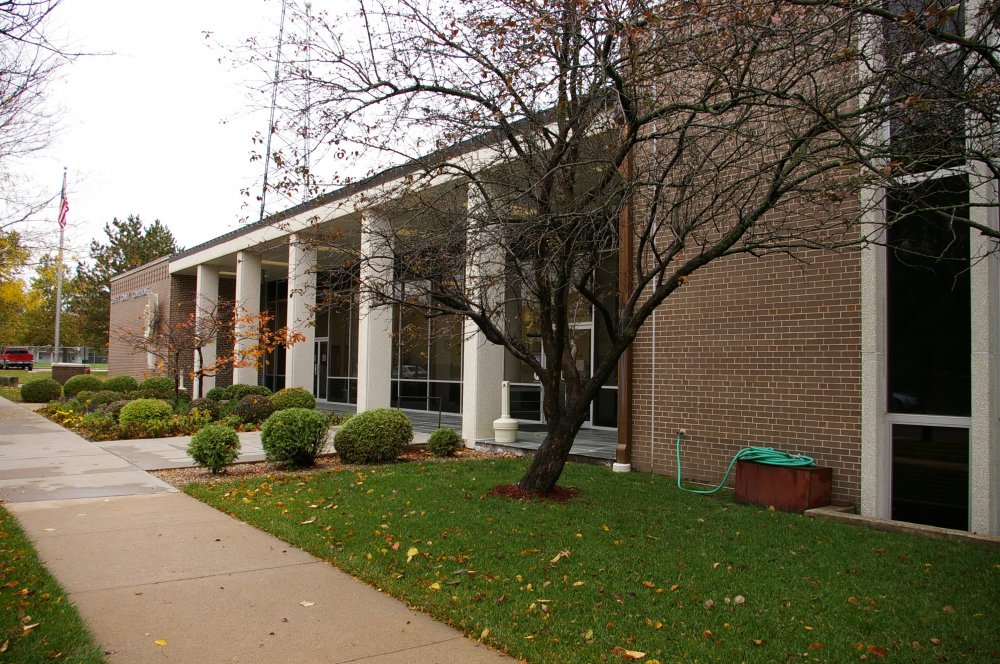 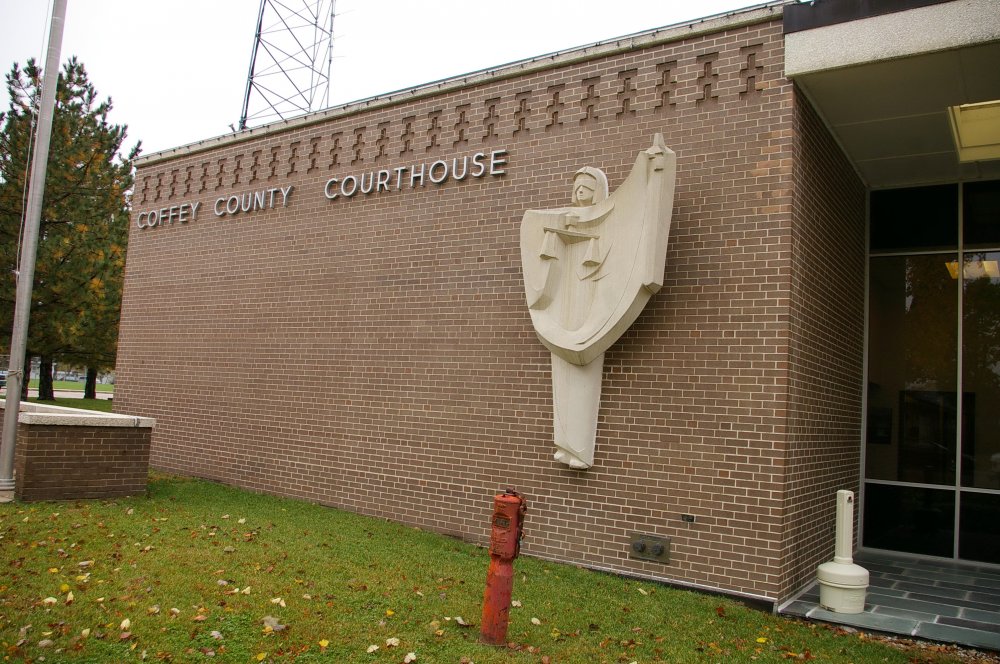 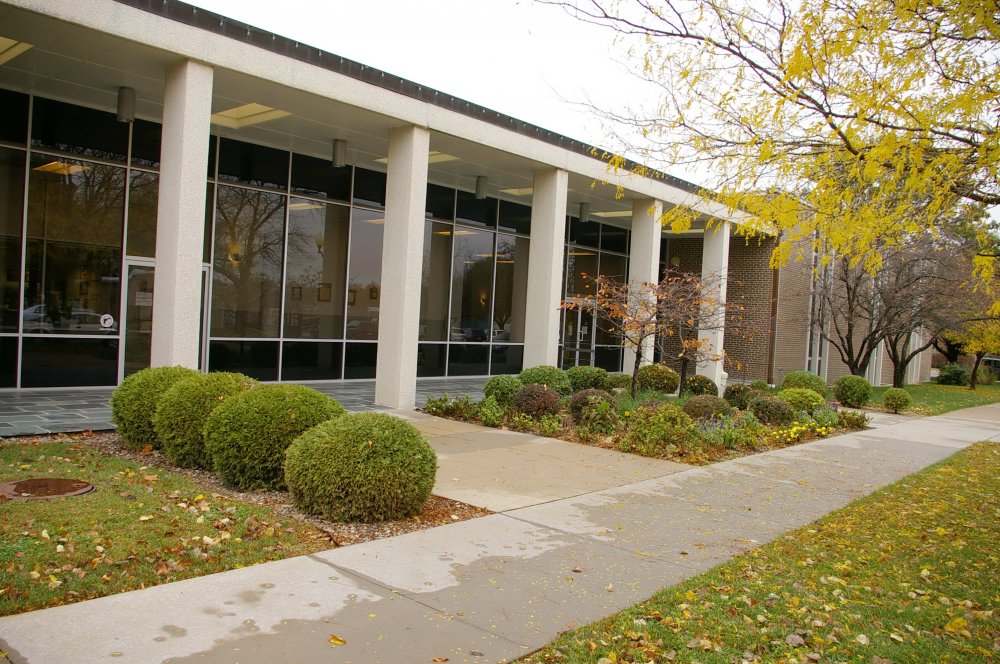 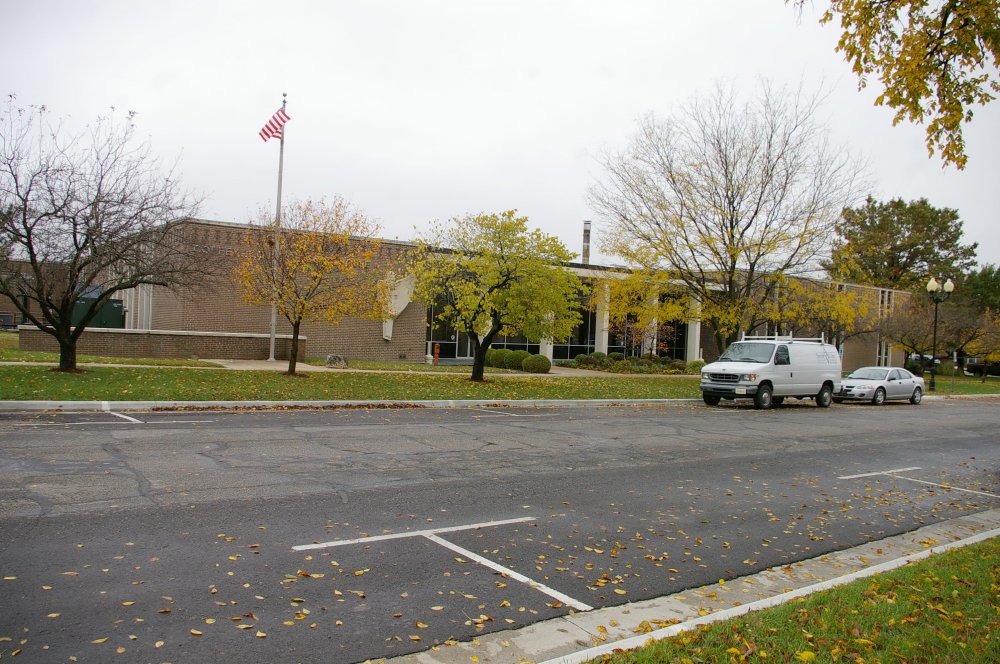 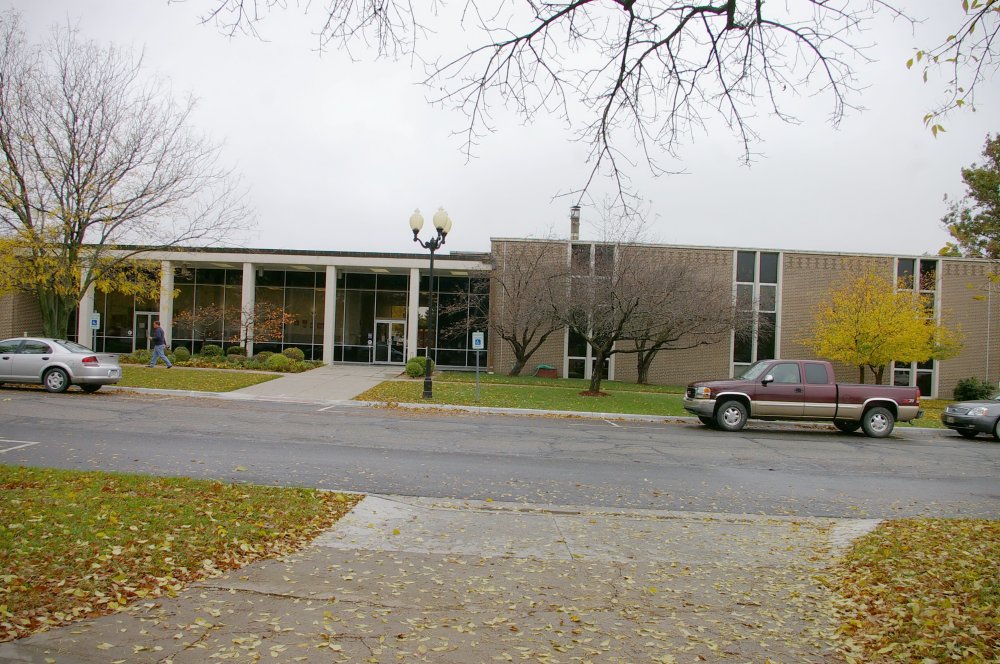 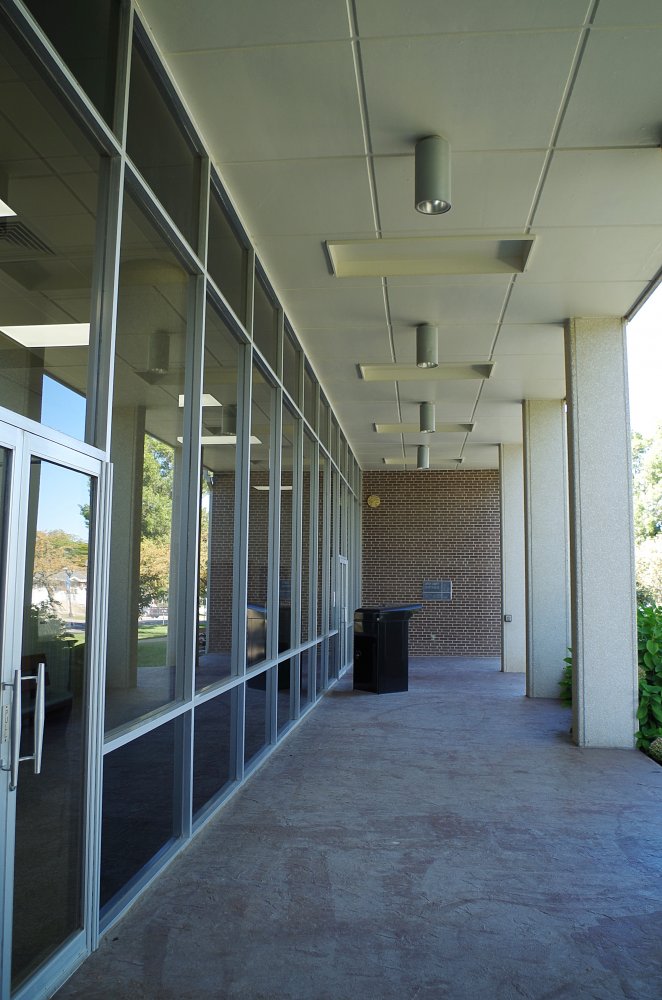 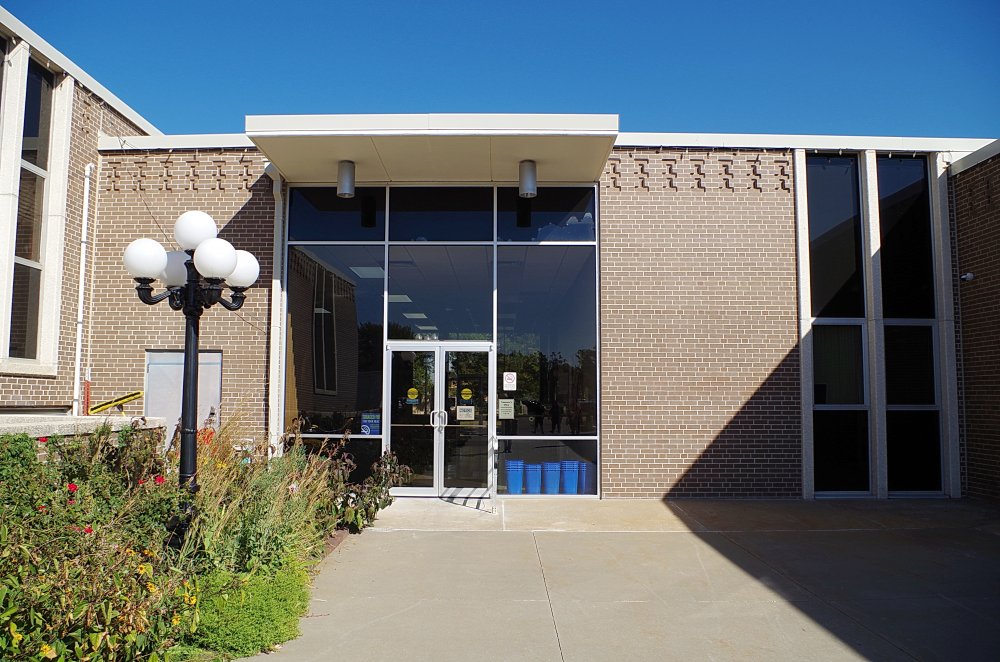 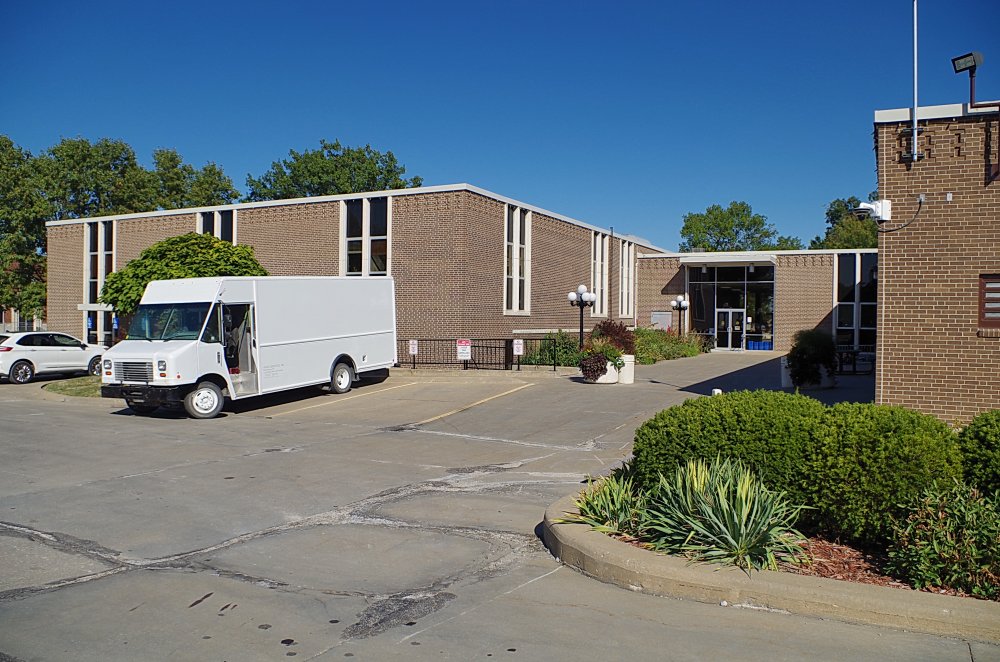 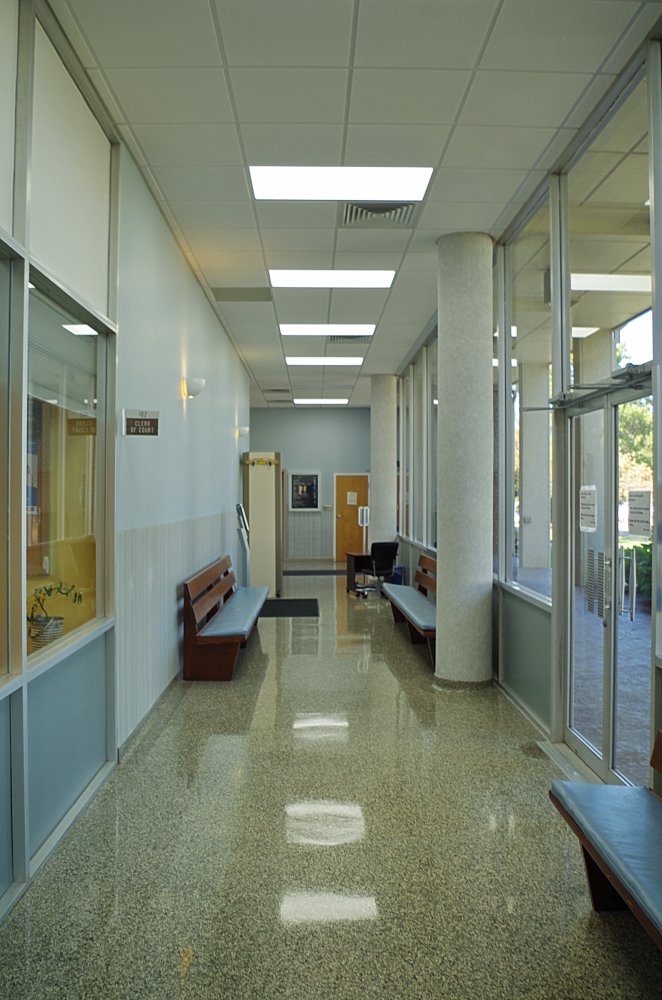 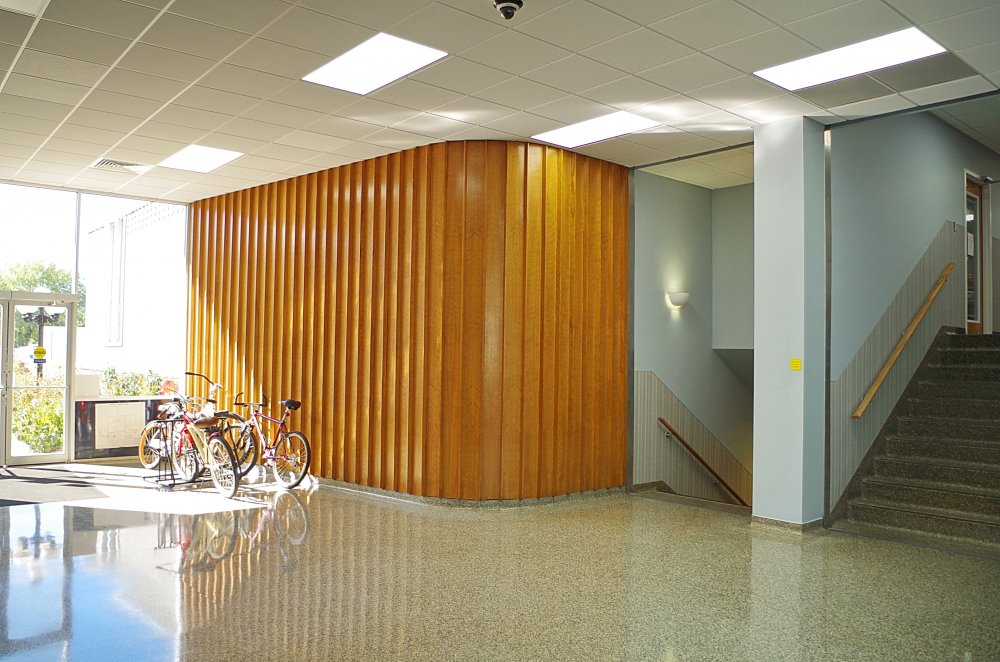 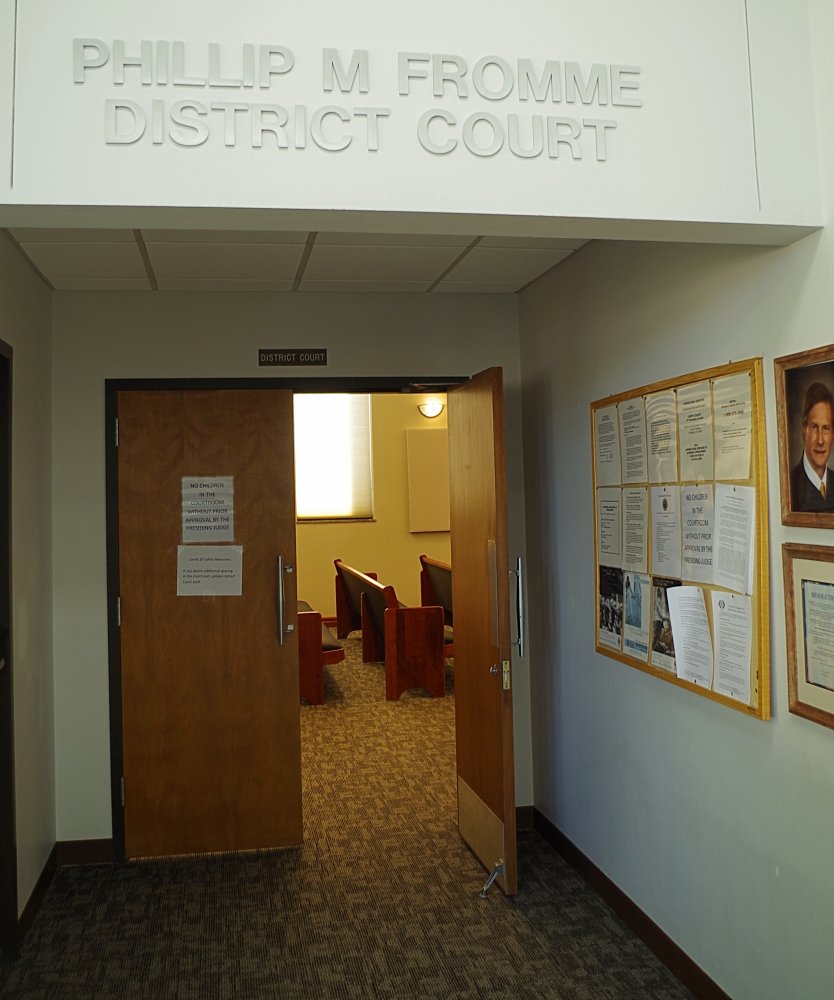 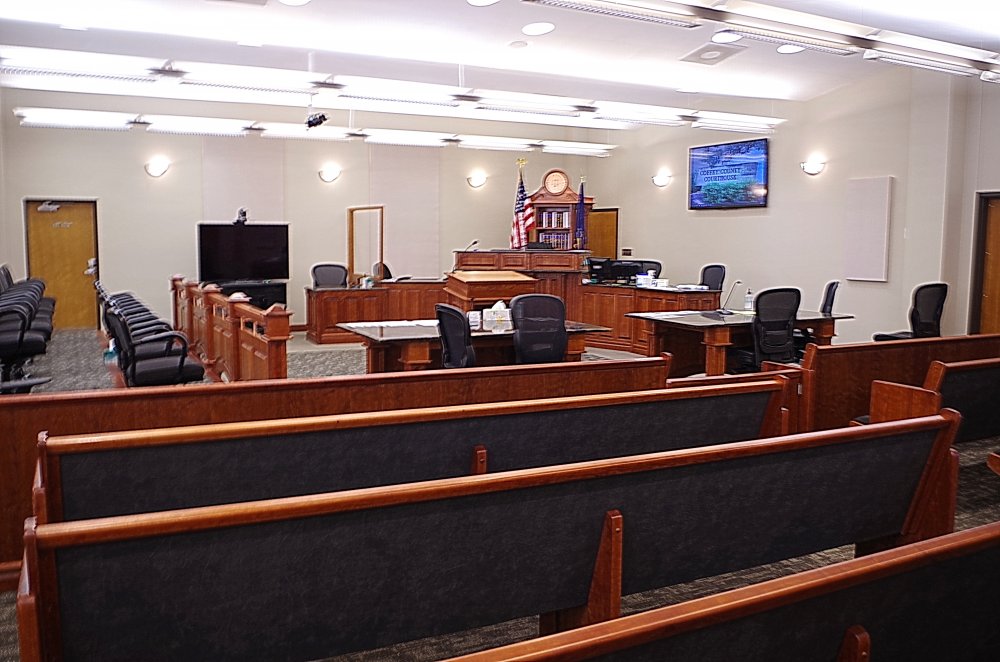 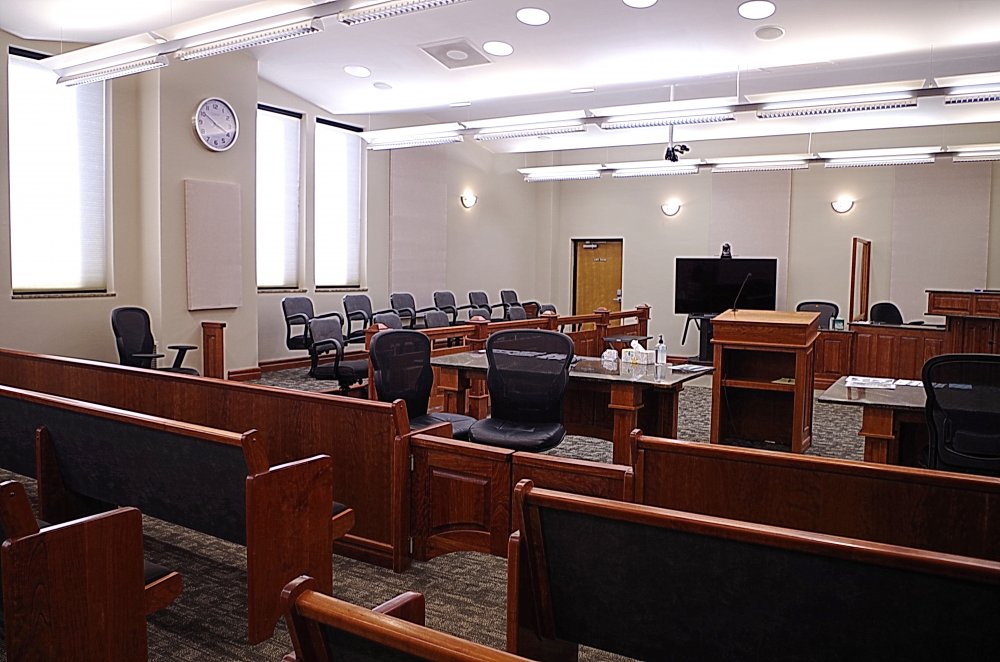 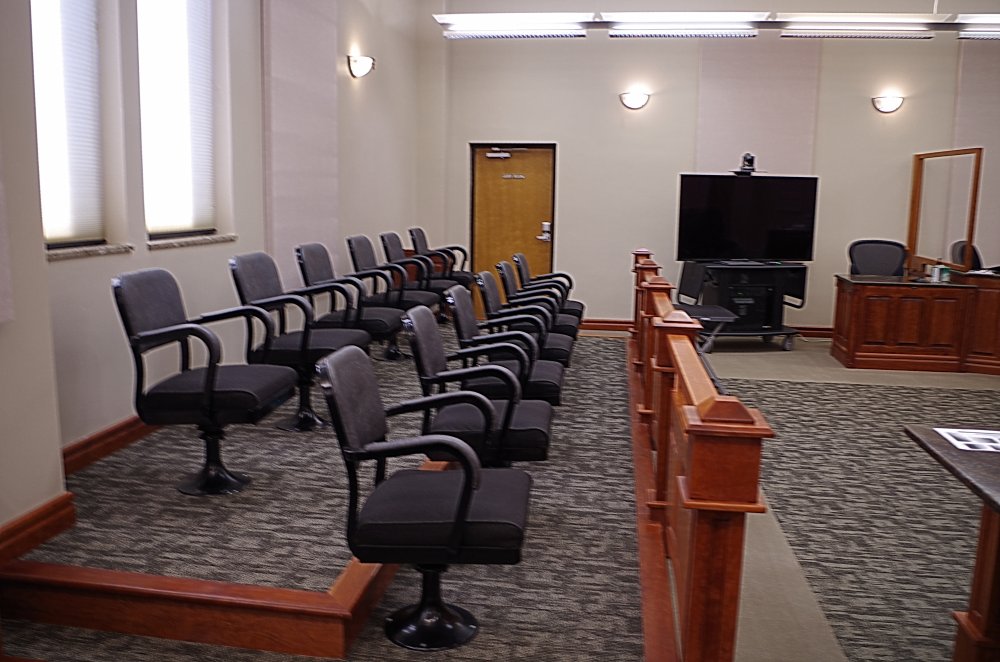 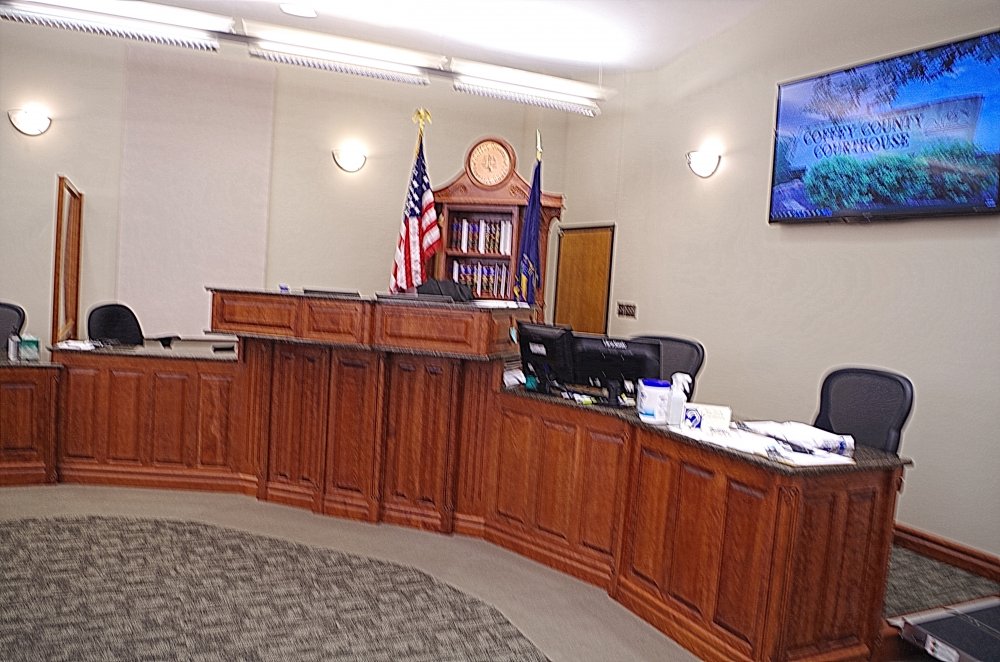 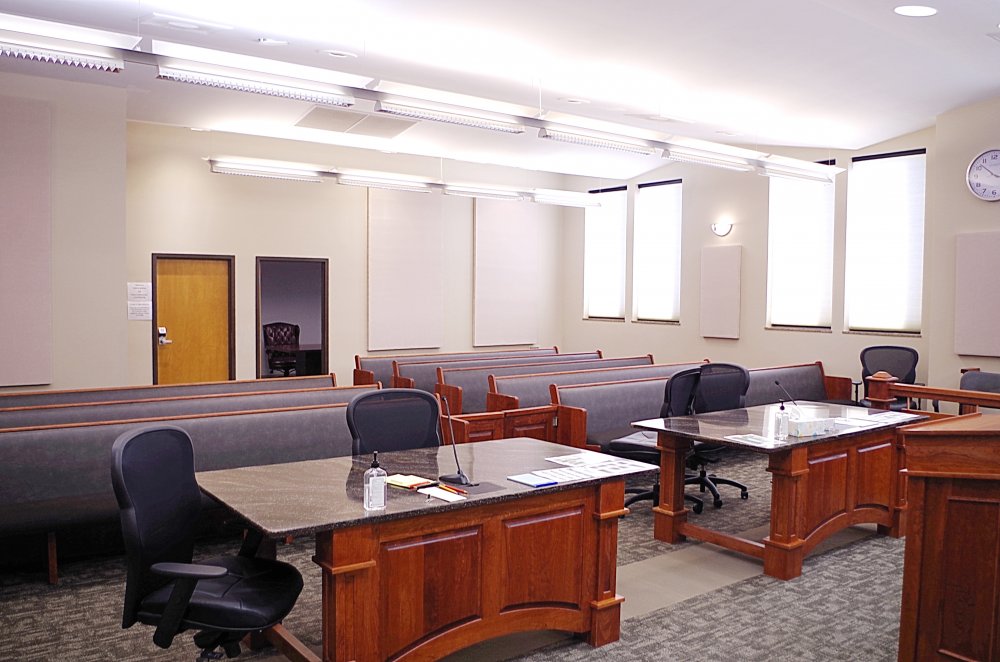 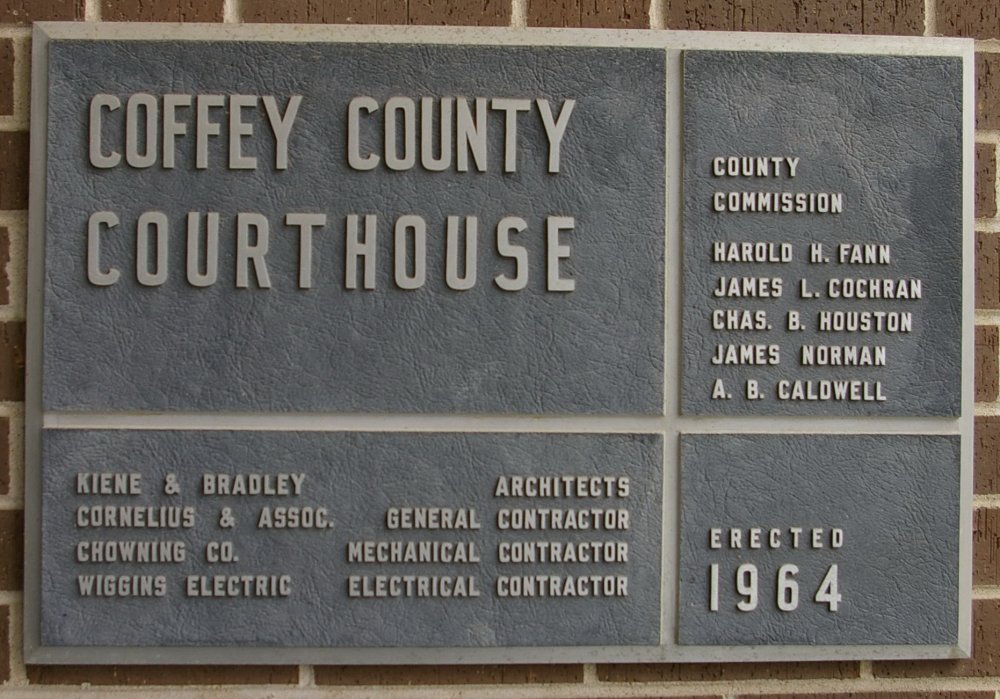 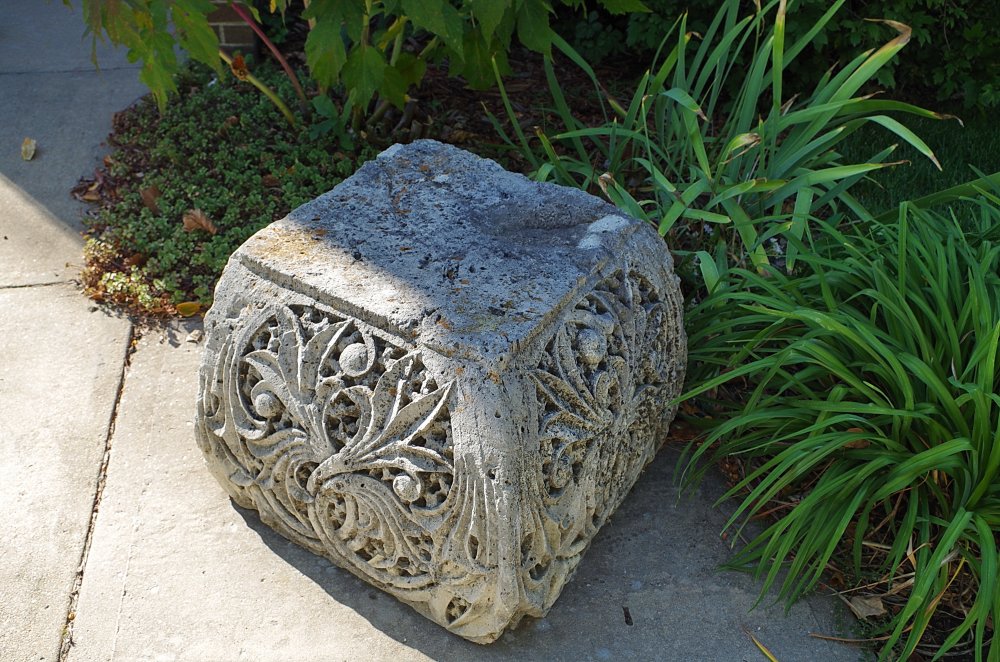