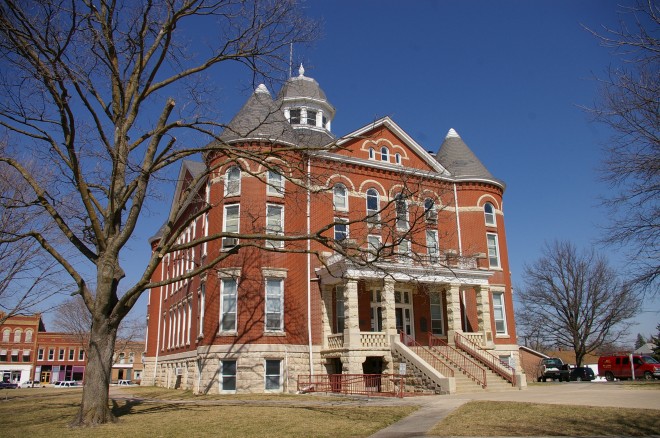 Doniphan County is named for Alexander W Doniphan, who was the commander of a regiment of cavalry during the Mexican War. 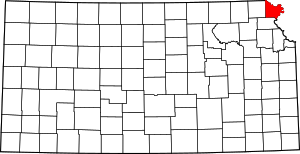 Description: The building faces south and is a three story red brick, limestone and concrete structure. The building is located on the landscaped grounds on the Courthouse Square in the center of Troy. The south front has a porch supported by four limestone pillars with balcony above. On the corners of the building are round towers with conical roofs. Between the towers is a peaked section with small windows on the fourth story. On the center of the roof is an octagonal dome with windows and domed roof. In the interior. There are double wood floors, wooden stairs, plastered walls and plain dark woodwork. The two story courtroom is located in the northeast corner of the second story. The building houses the County District Court of the 22nd Judicial District. On the grounds is a 35 foot Indian burr oak sculpture by Peter Toth.

Note: A statue of the goddess of justice originally stood on the north gamble but was removed. 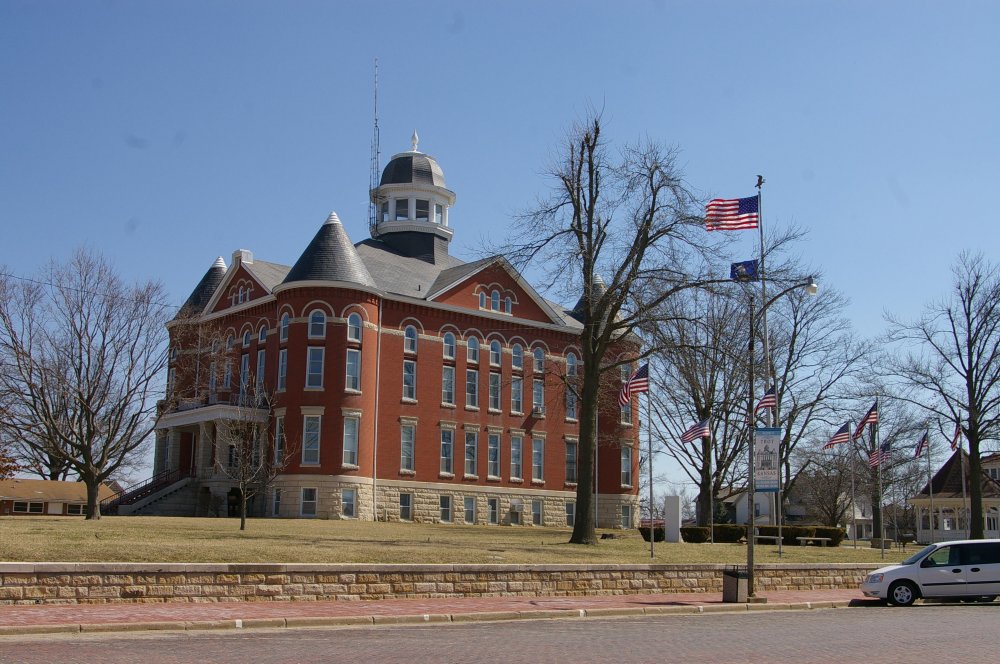 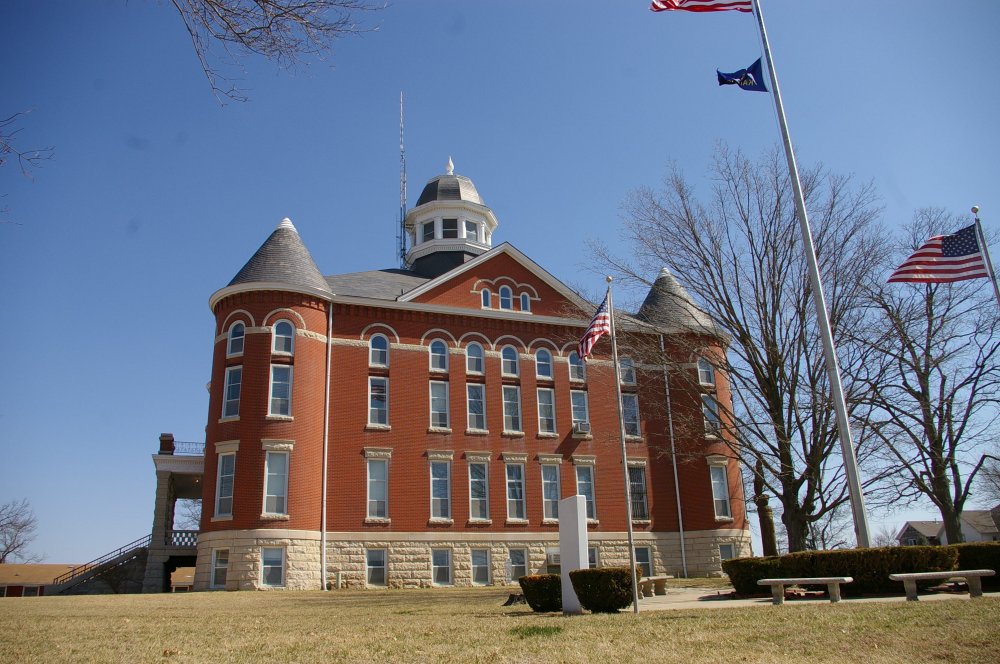 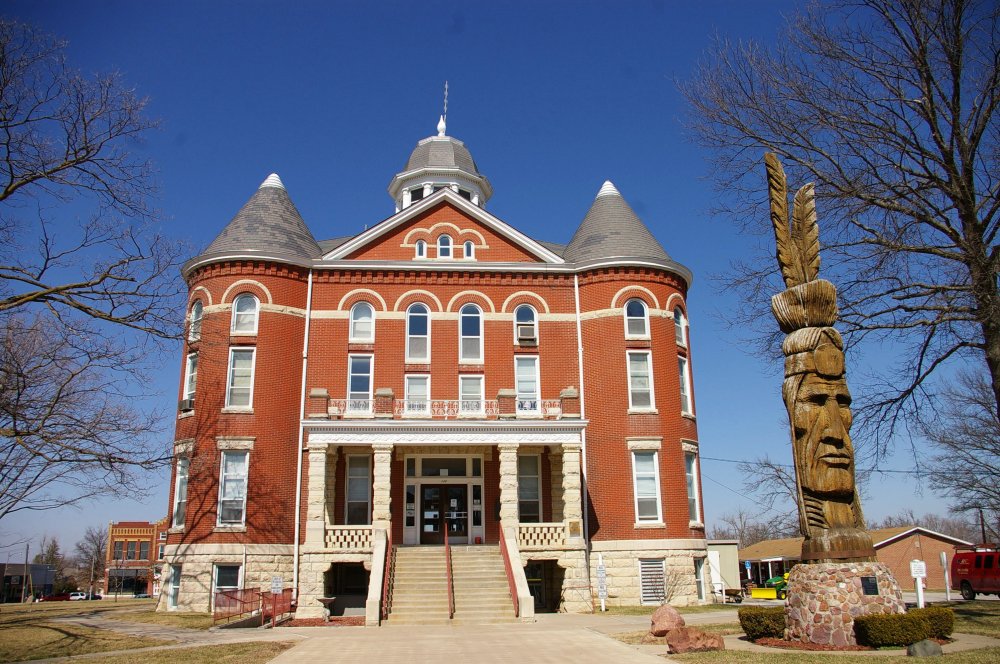 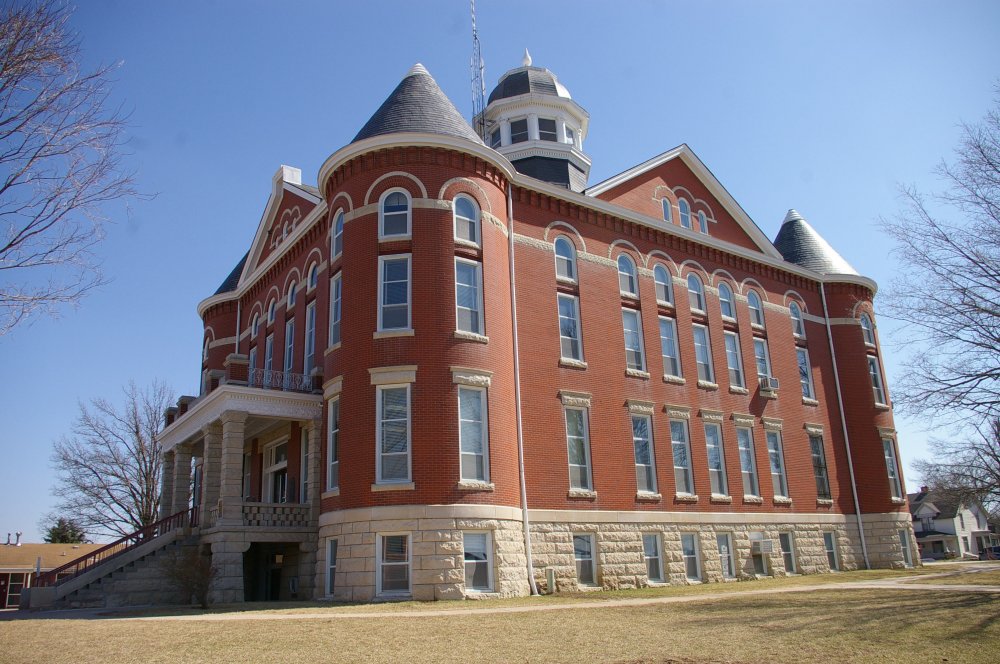 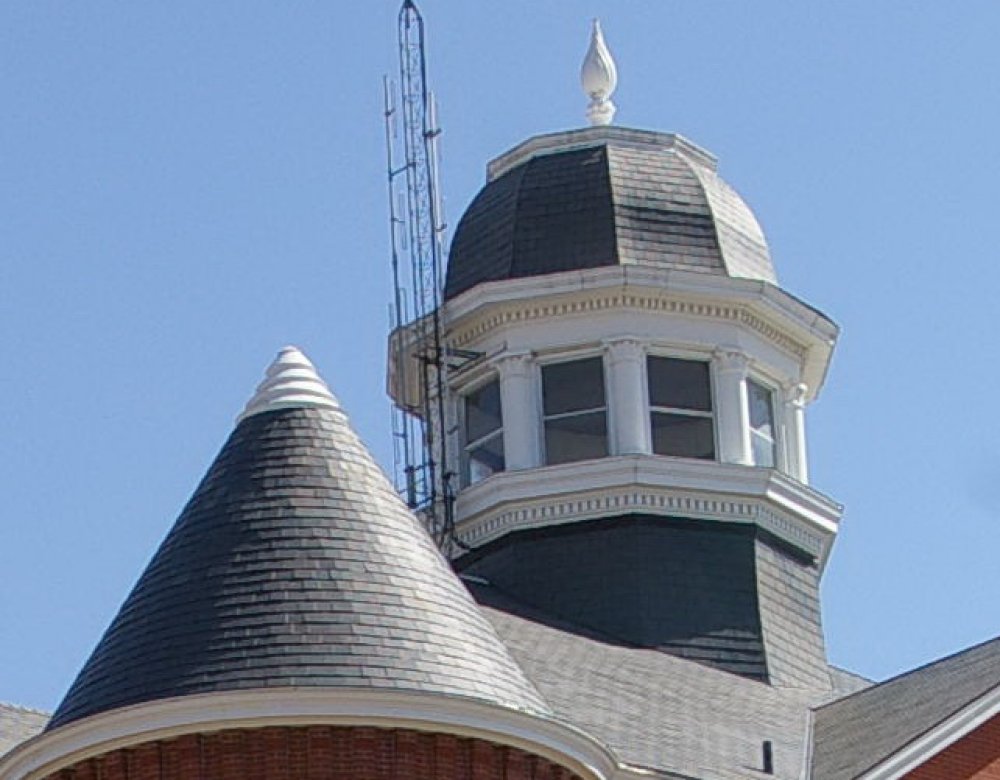