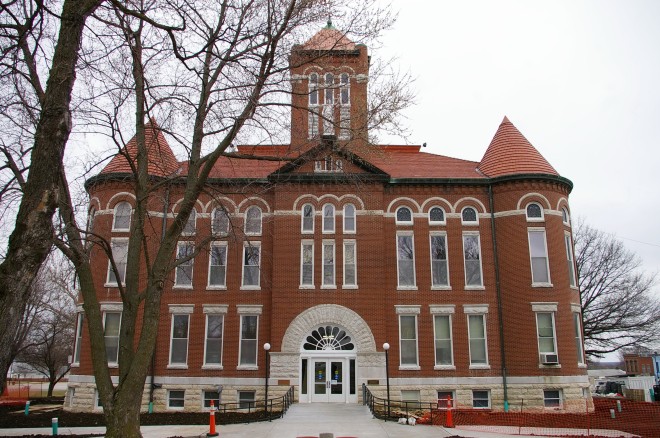 Anderson County is named for Joseph C Anderson, who was a member of the first Kansas Territorial Legislature and speaker of the House of Representatives. 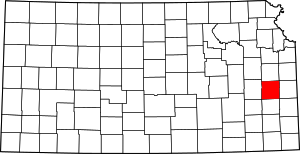 Description:  The building faces west and is a three story dark red brick, limestone and concrete structure. The rectangular shaped building is located on the landscaped grounds of the Courthouse Square in the center of Garnett. The north front has a large arch at the entrance with recessed doorway. Above the entrance is a peaked roof with the statue of Justice. On each corner of the building are round brick towers with conical roofs. On the center of the roof is a high square brick bell tower with peaked roof. The base of the building is white colored limestone. The roof is hipped with red colored clay tile. In the interior cross hallways on the first story connect with the entrances on each side of the building. The building houses the County District Court of the 4th Judicial District. In 1947, a slate roof replaced the original roof. Along the east side are the modern County Courthouse Annex and County Law Enforcement Center.

History: The county was created in 1855 and Shannon was selected as the county seat. The court first met at the home of Francis Myer in 1856. A contract was completed with Dr. Preston Bowen to build the  courthouse at Shannon for $1000 in 1857. In 1859, the county seat was moved to Garnett and work stopped on the courthouse. The first courthouse was a two story stone structure erected in Garnett in 1868. The county jail had been erected in 1864 at a cost of $3,000. The second and present courthouse was constructed in 1901 to 1902 at a cost of $75,000. 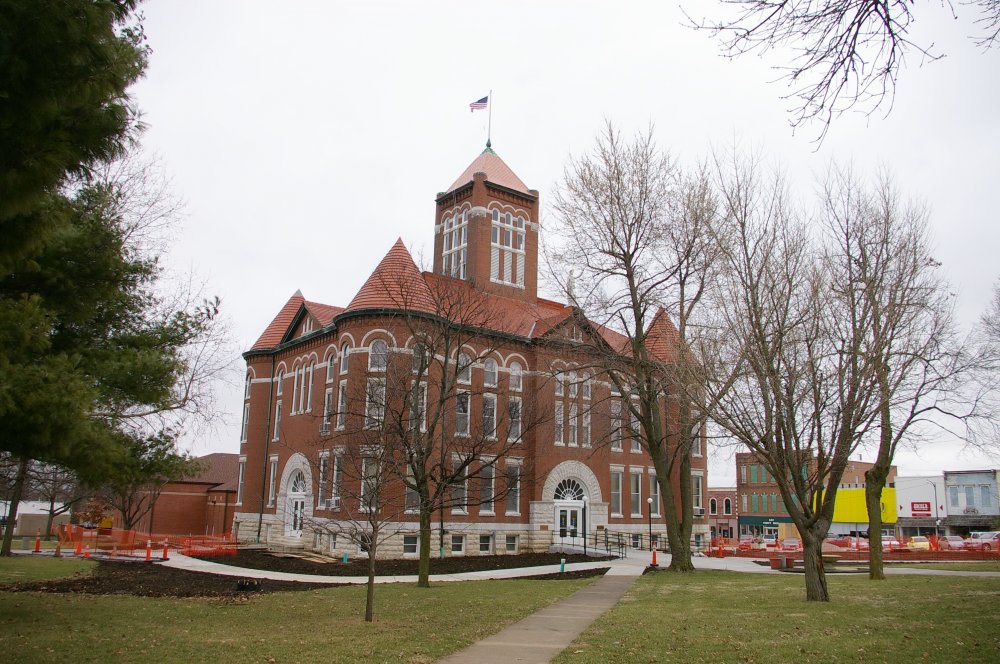 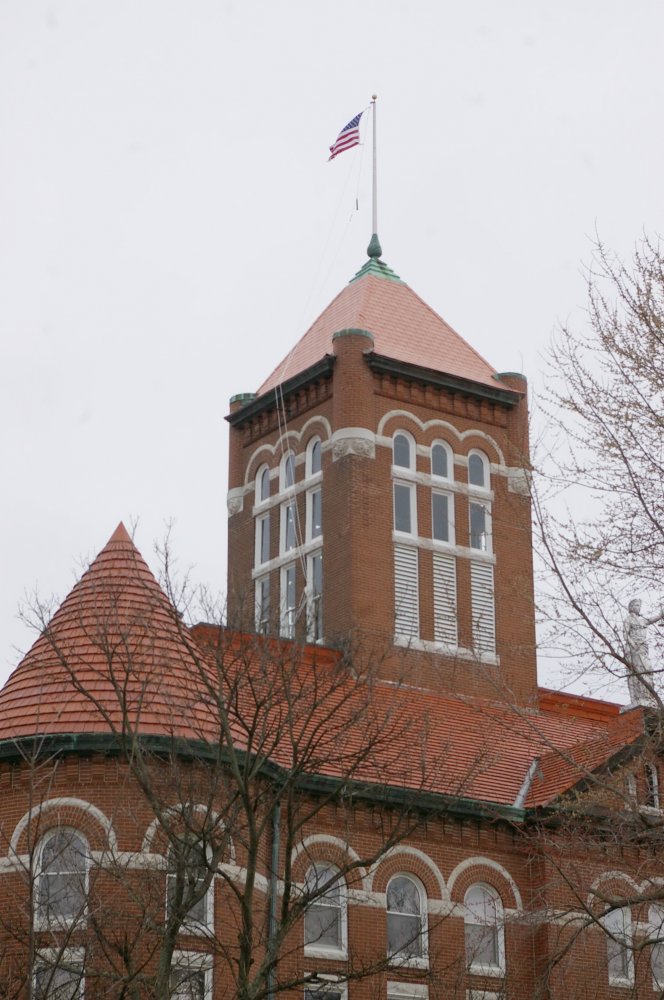 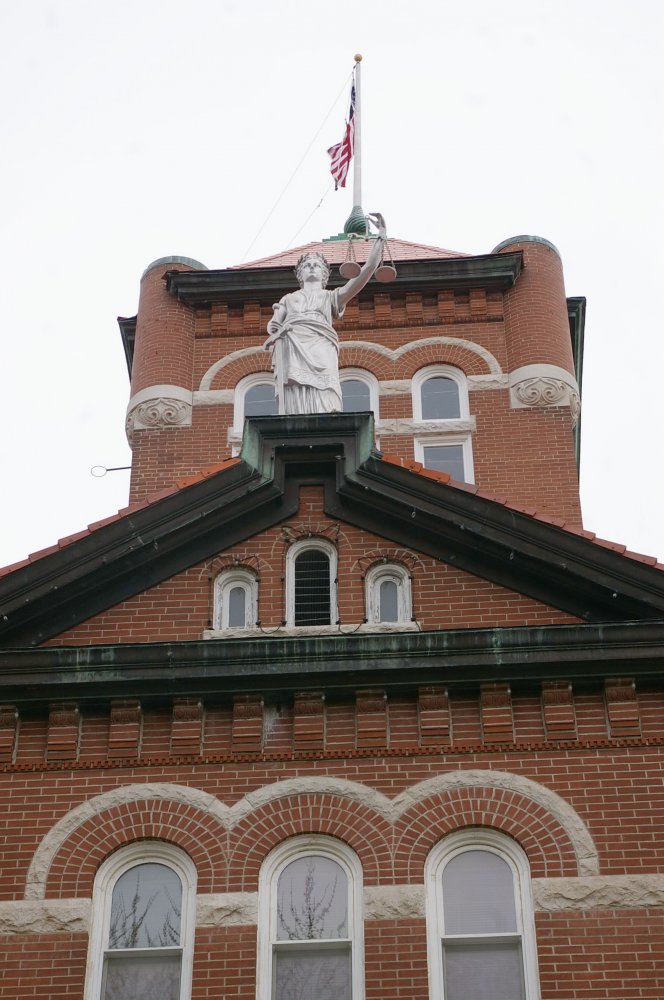 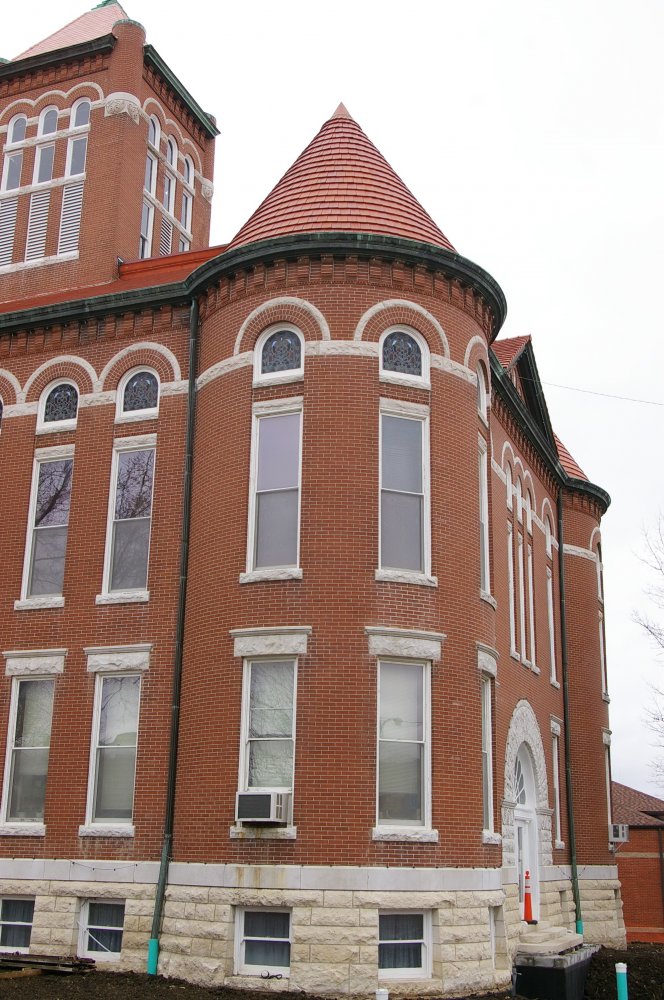 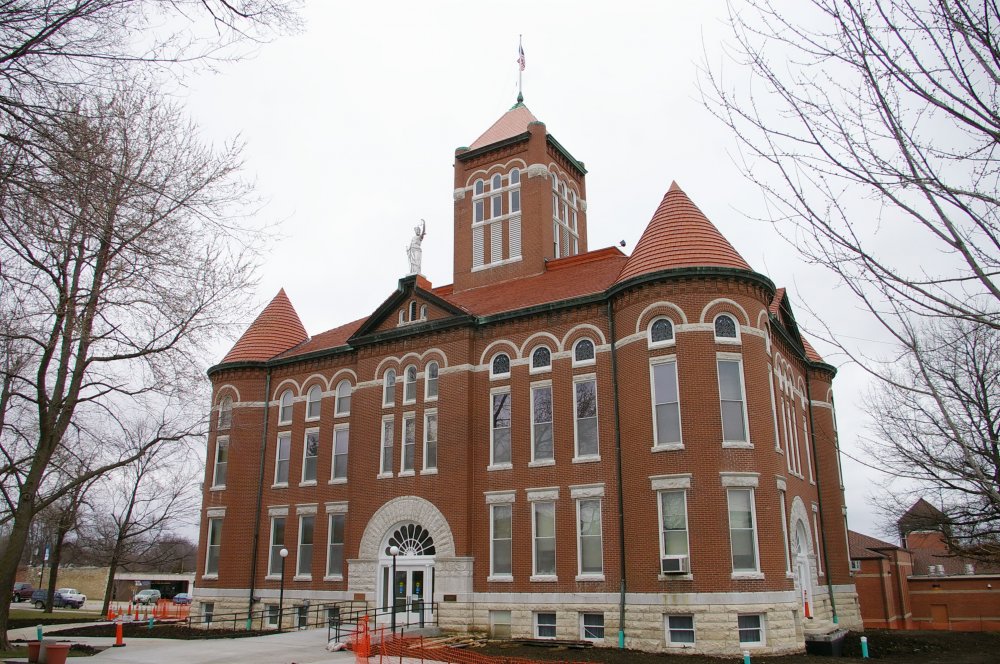 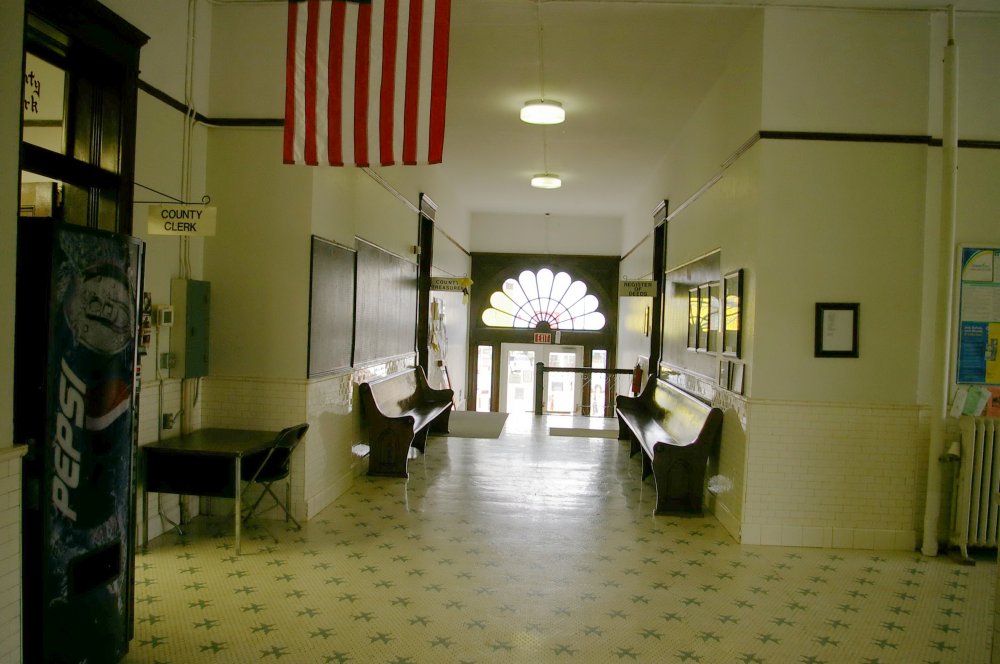 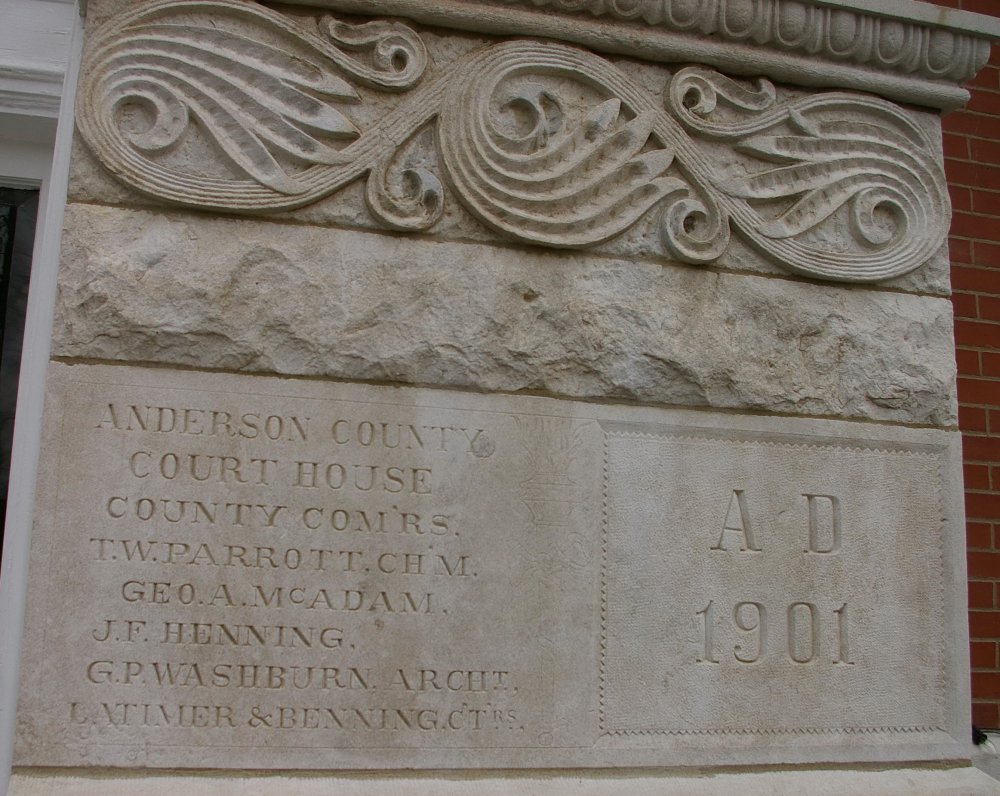 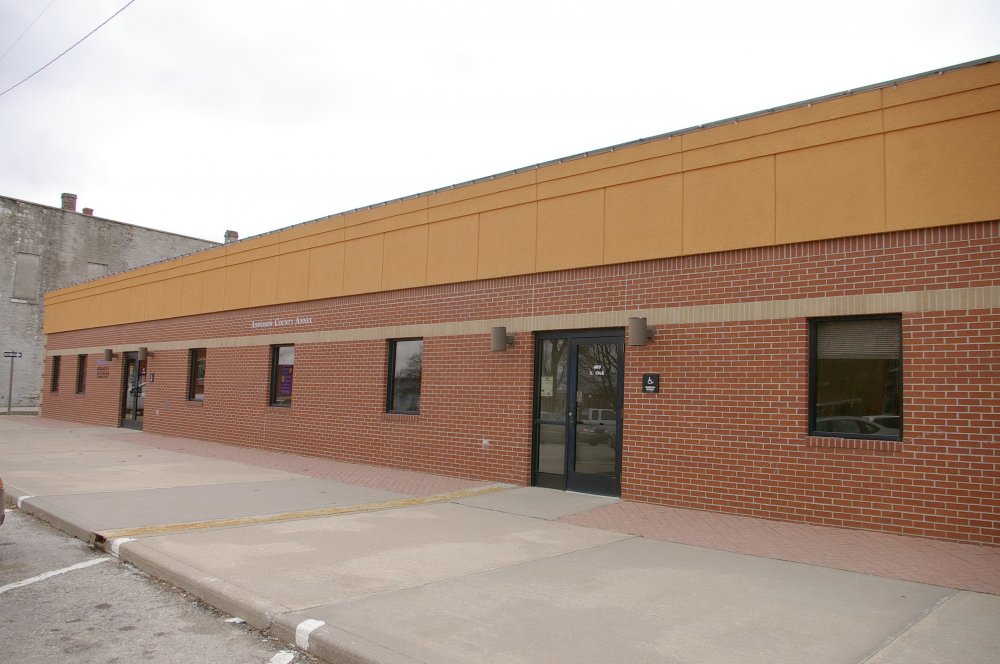