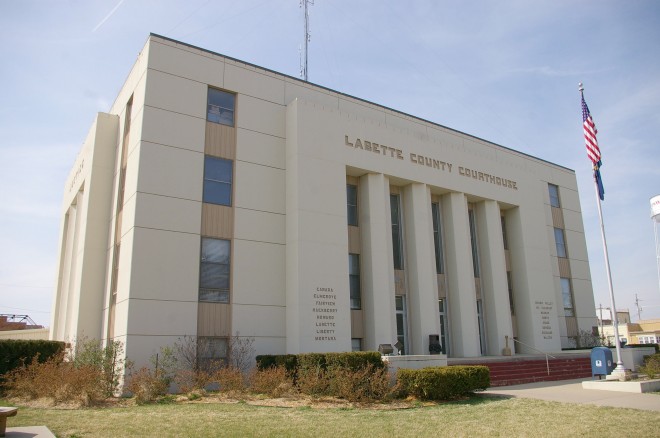 Labette County is named for the French word meaning ”the beet” which is a vegetable.

Description:  The building faces east and is a three story cream colored stone face and concrete structure. The building is located on landscaped grounds in the center of Oswego. The east front has a projecting central section with four dividing pillars between the entrance doors on the first story and the windows on the second and third stories. There are vertical orange colored panels between the windows. The building houses the County District Court of the 11th Judicial District. 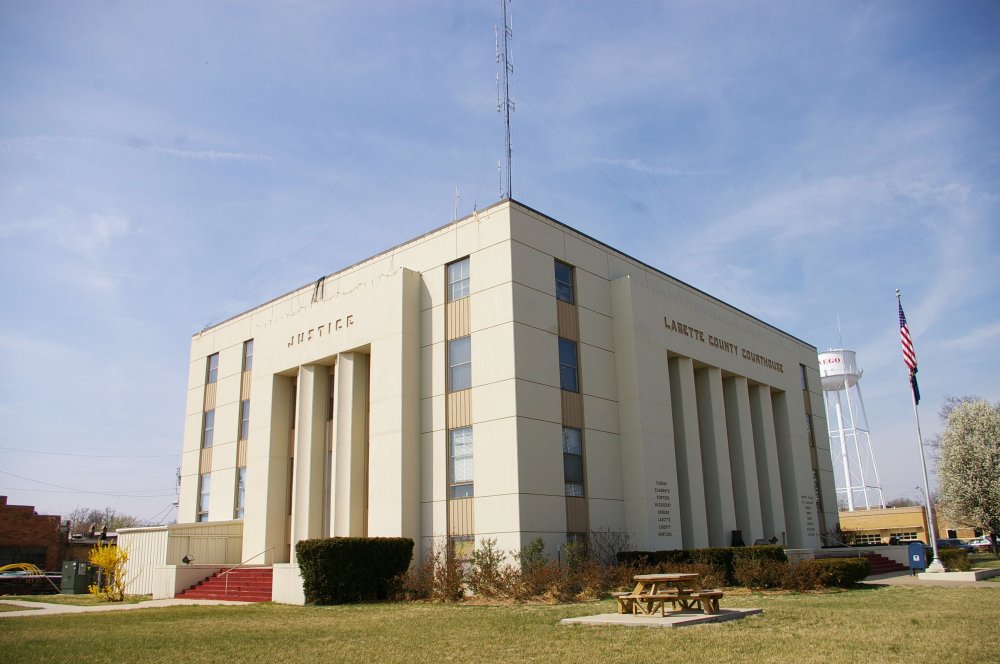 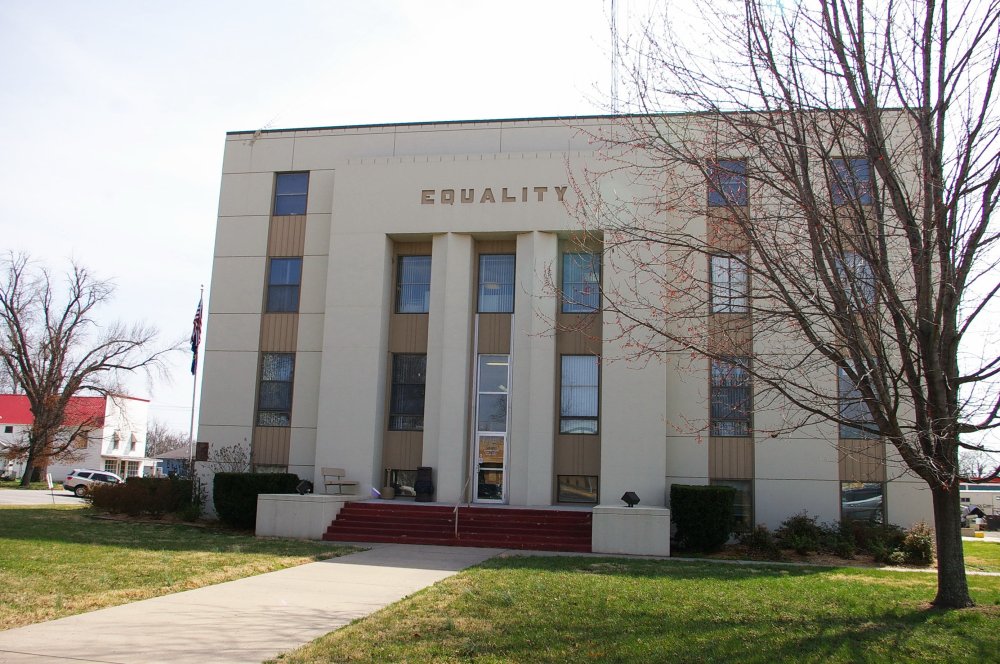 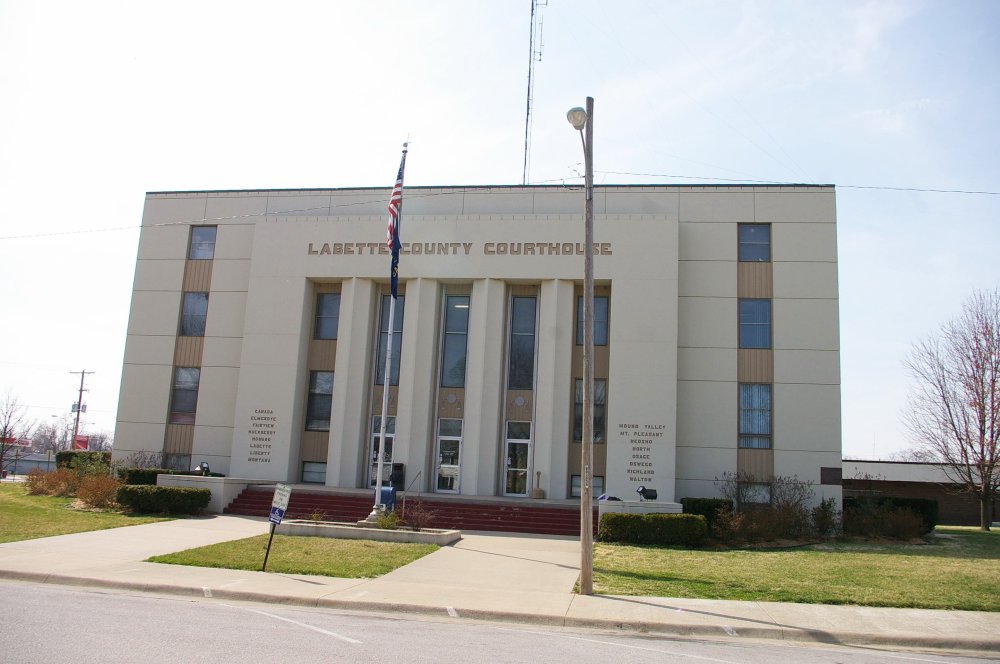 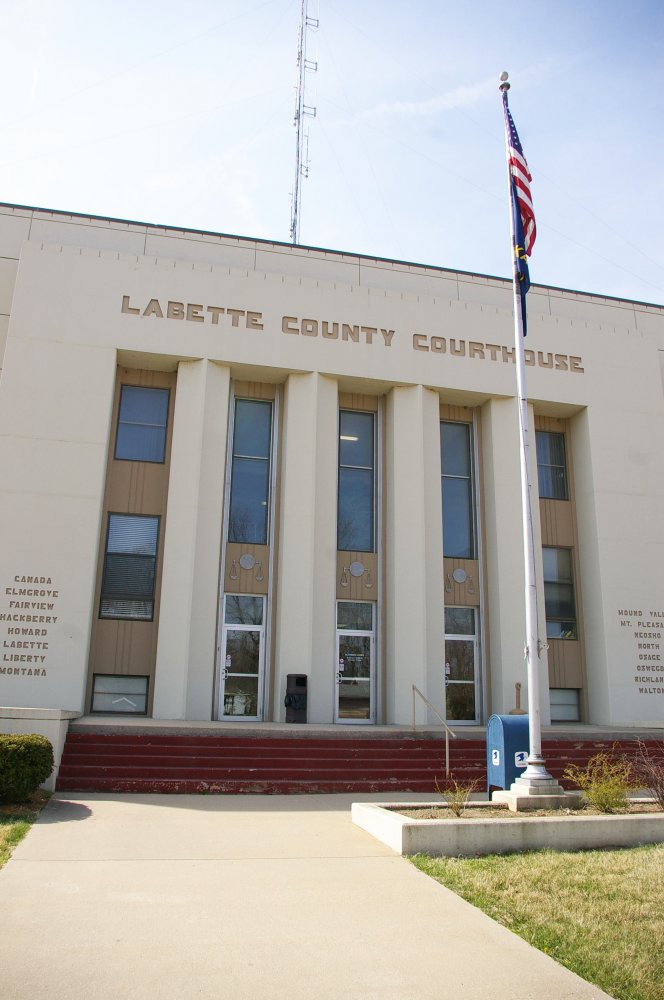 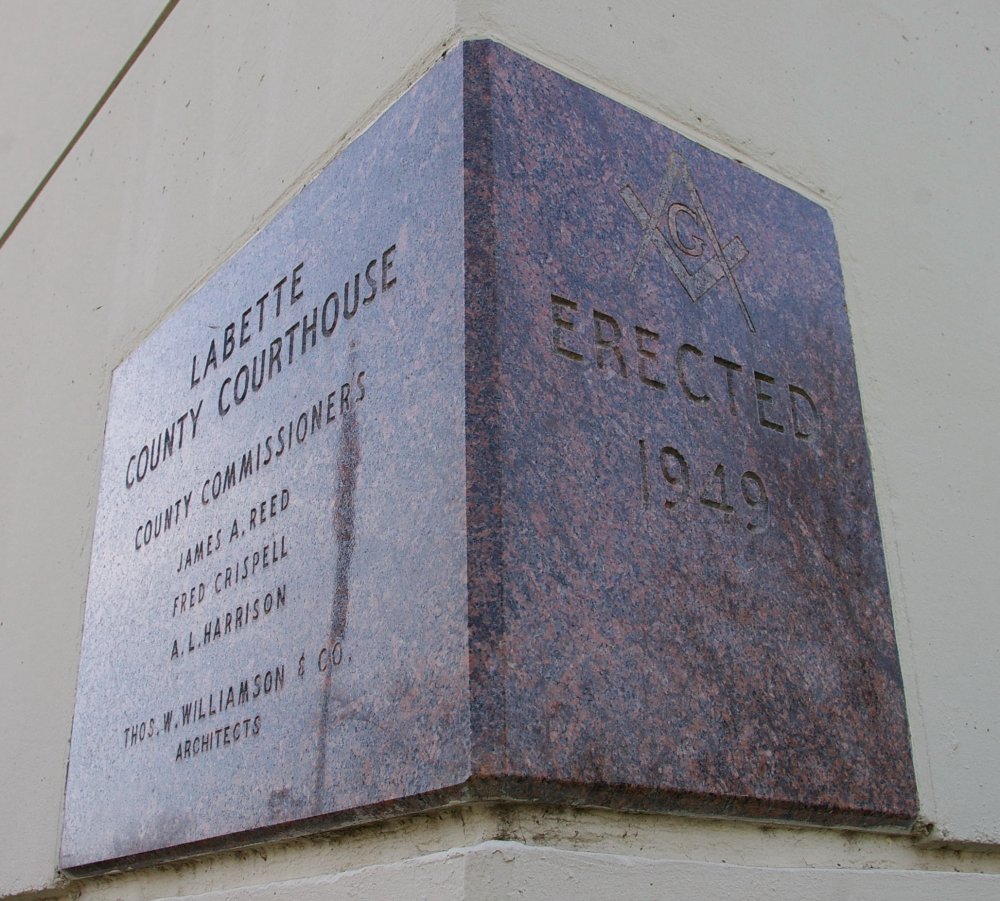