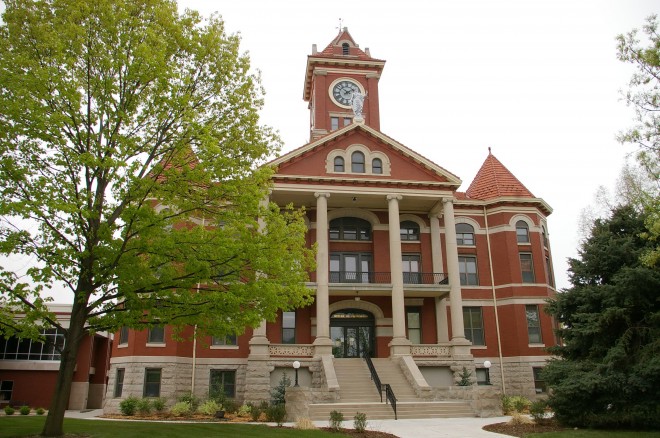 Butler County is named for Andrew Pickens Butler, who was a United States Senator from South Carolina and a strong advocate of Kansas becoming a slave state.

Description: The building faces north and is a four story red colored brick, stone  and concrete structure. The building is located on landscaped grounds in the center of El Dorado. The north front has a large portico with four tall Ionic columns supporting a pediment at the roof line. Wide stone steps lead up to the entrance on the first story. On the second story is a balcony. On the east and west corners are octagonal red colored brick towers with octagonal red colored roofs. In the center of the building rises a high square red colored brick clock tower with steep roof. The base of the building is course stone. The building has a hipped roof. In the interior are mosaic floor tiles, white colored glazed tile, wainscoting and plaster wall murals by H H Mitchell. The former courtroom is located on the second story with balcony on the third story. The building houses the County District Court of the 13th Judicial District. On the southeast side is the modern two story Judicial Building constructed in 1971.

Note:  Plans were adopted in July, 1908. Bids were then asked for and Mathein & Walter, of St. Joseph, Missouri, were awarded the contract for the building for $60,000 on August 5, 1908. Work was commenced early in September and the building completed and accepted September 10, 1909. 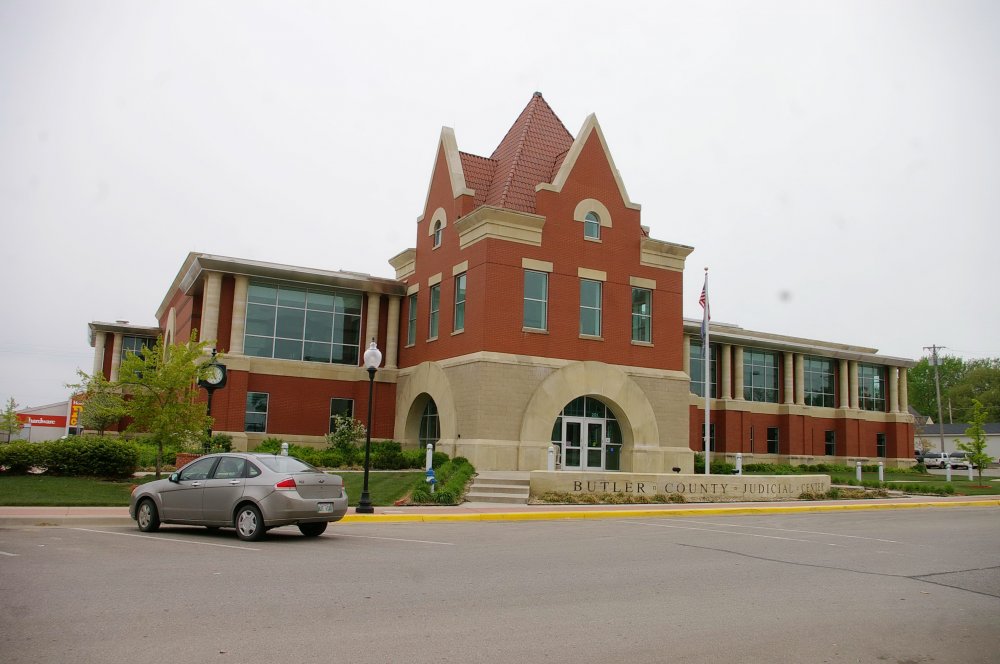 Description: The building faces north and is a two story red and buff colored brick and concrete structure. The building is located on landscaped grounds ion the center of El Dorado to the south of the courthouse. The north front has a large square projecting section with three large concrete arches and buff colored brick on the first story and rising to peaked parapets at the roof line and with steep four sided roof. The main building has horizontal windows along the second story with sets of double columns between. The building houses the County District Court of the 13th Judicial District.

History:  The county was created in 1855 and Chelsea was selected as the county seat in 1859 when the county was organized. The county commissioners first met at the home of George T Donaldson in Chelsea in 1859. The county seat was moved to El Dorado in 1864. The first courthouse in 1867 was a log cabin south of El Dorado across the Walnut River. In 1871, the second courthouse was a two story stone structure erected on the northeast corner of the Courthouse Square. The building was enlarged in 1874 and in 1895. The third and present courthouse was constructed in 1908 to 1909. The Judicial Center was constructed in 2002 to 2003. 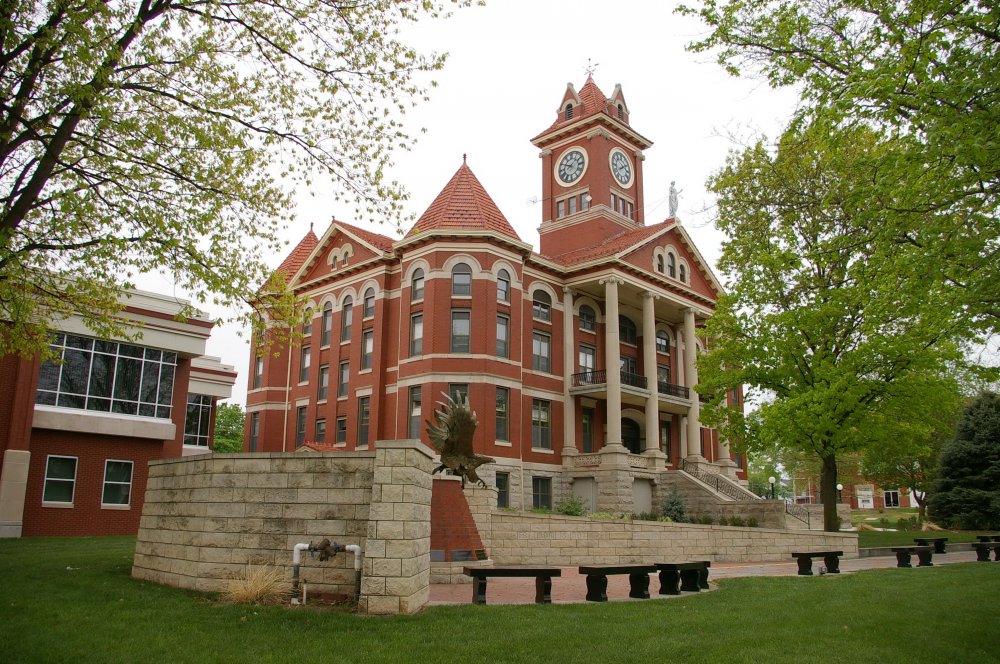 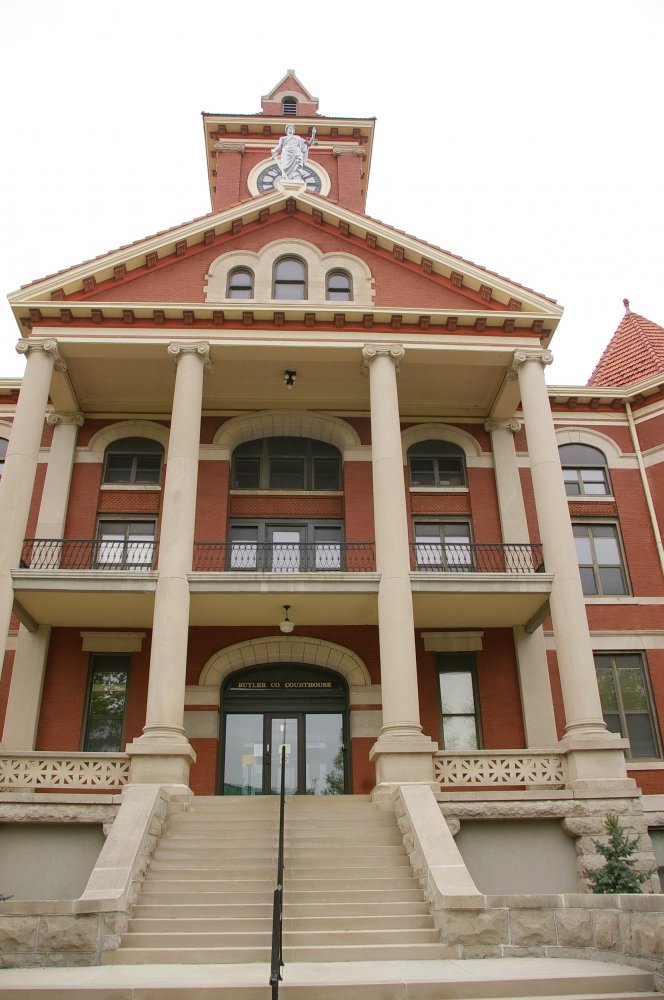 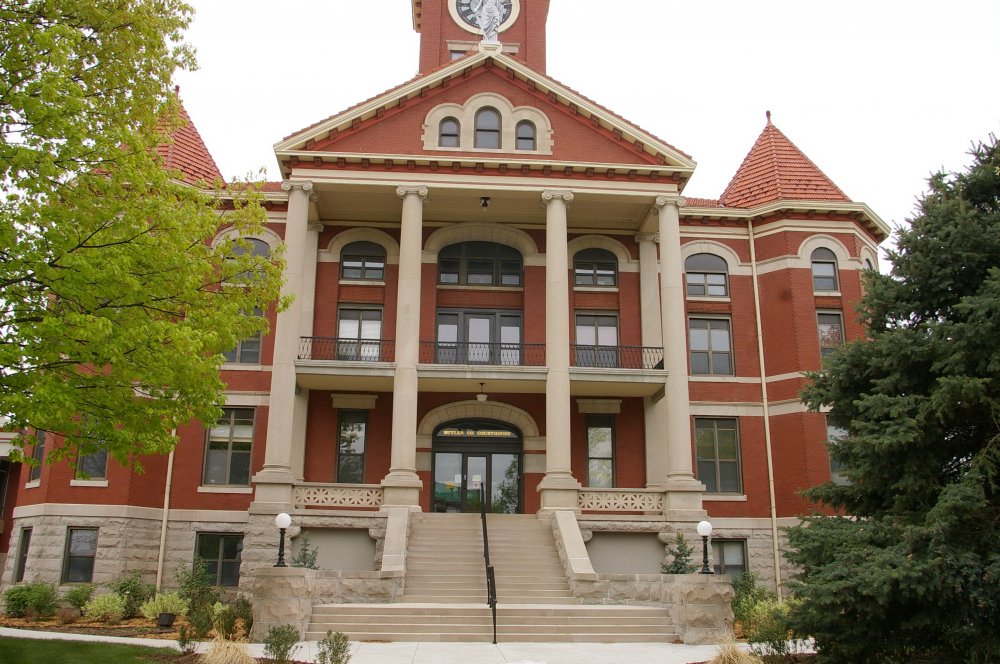 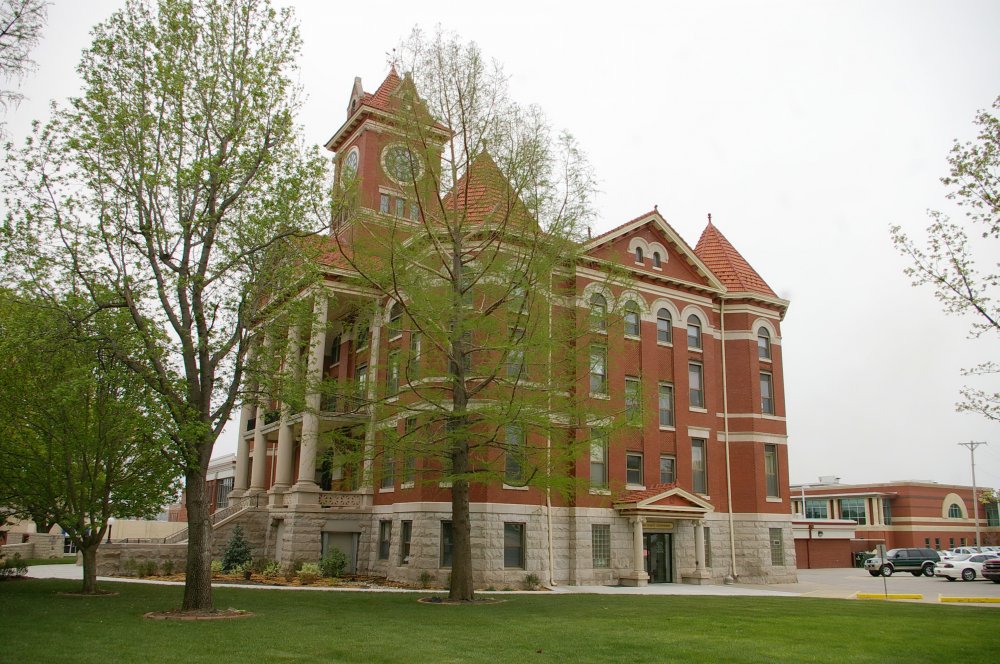 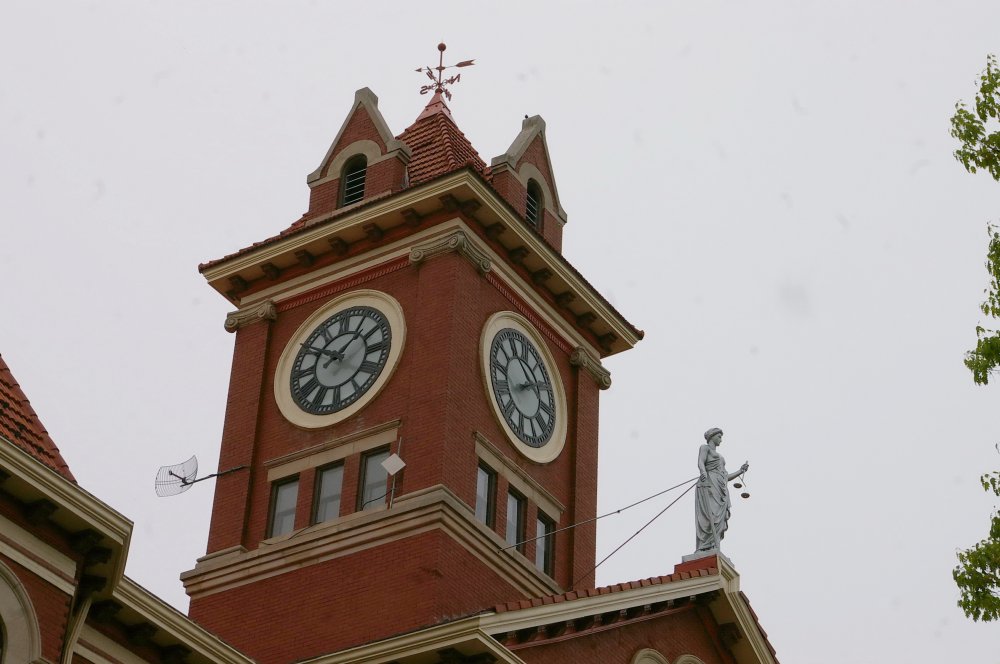 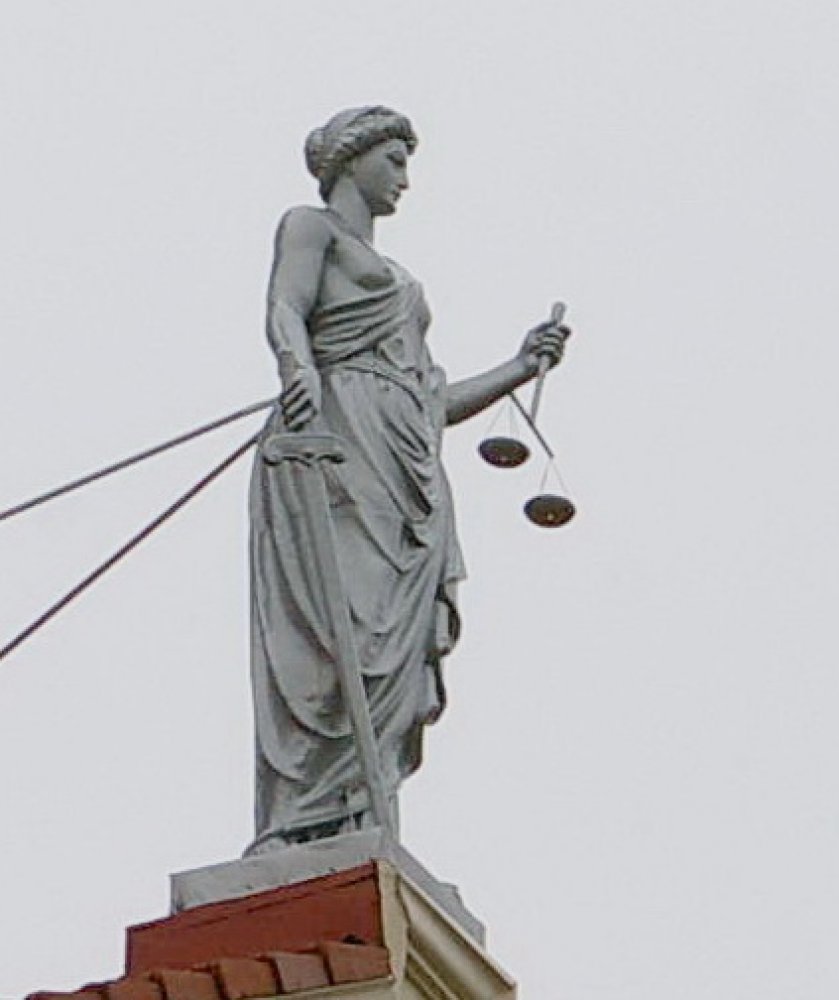 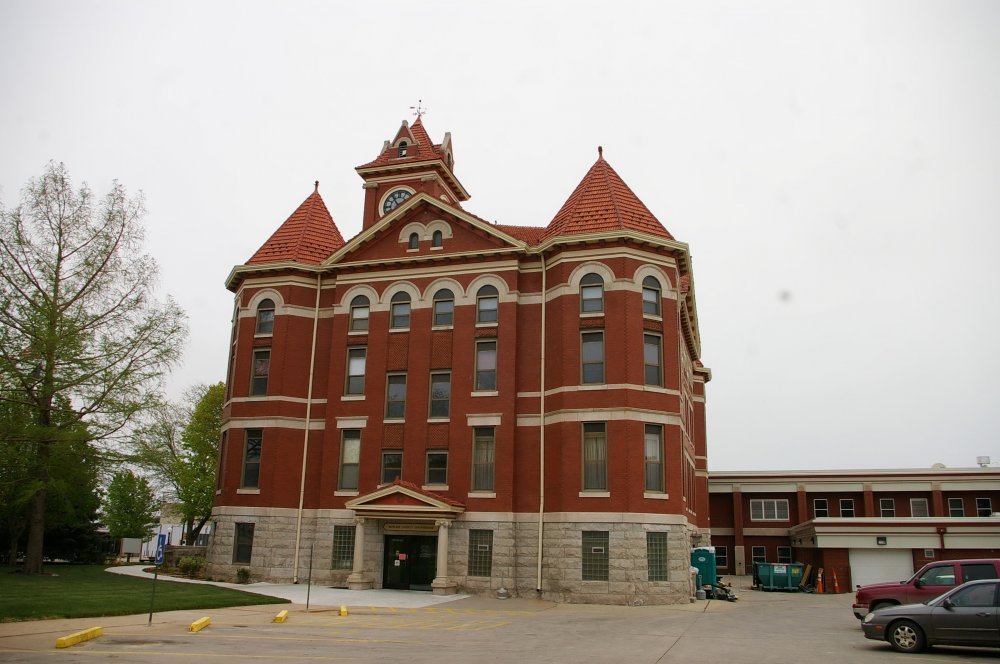 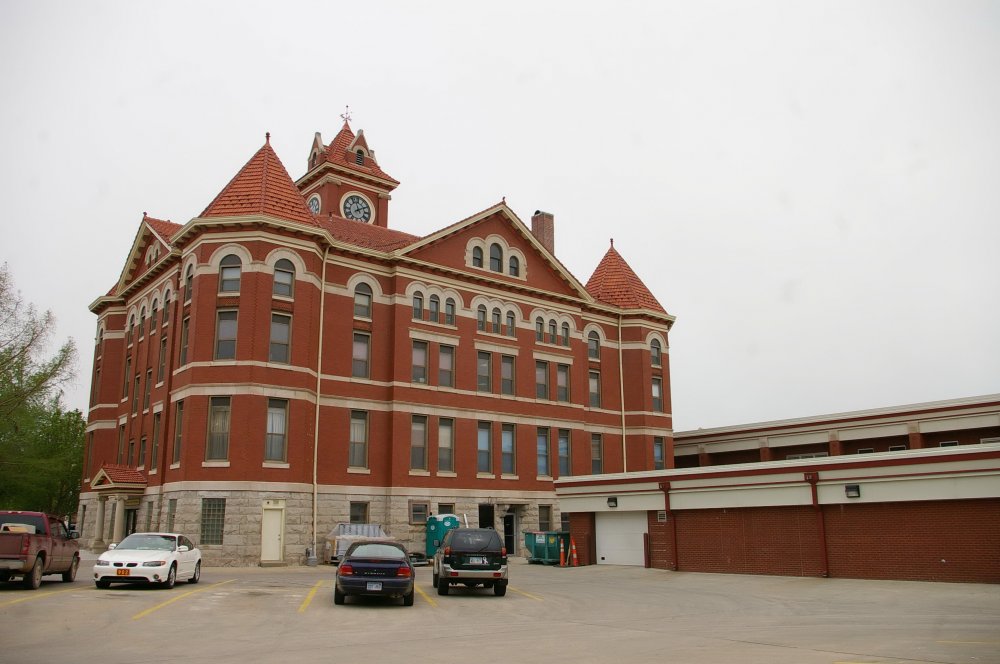 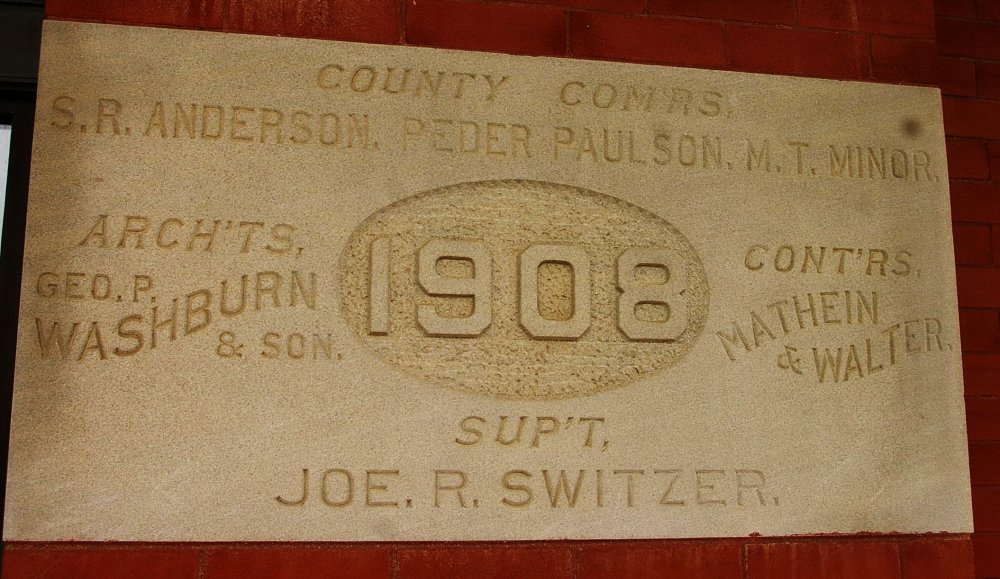 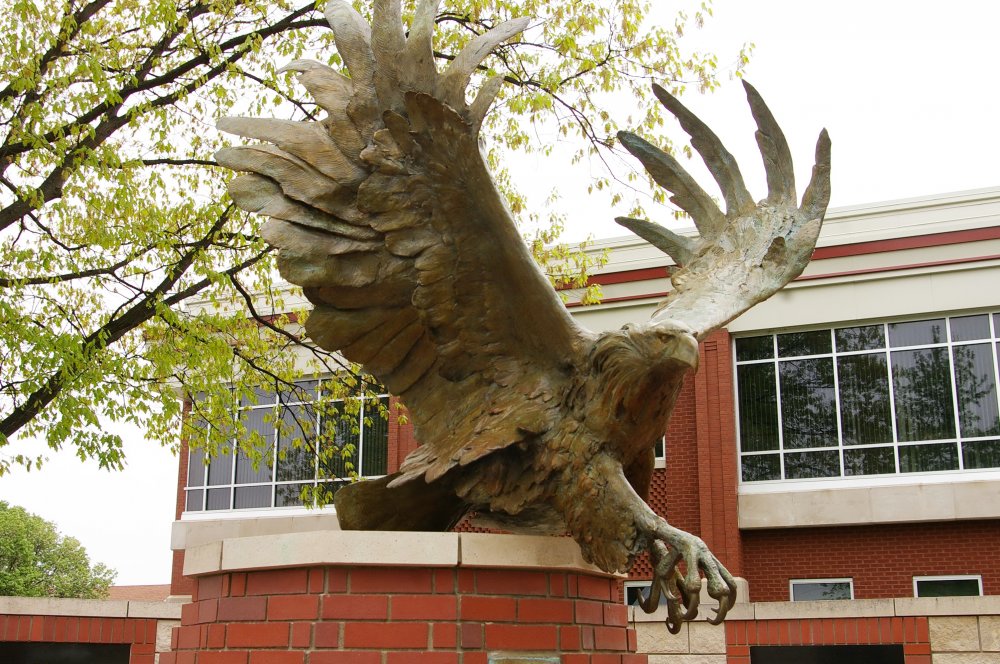 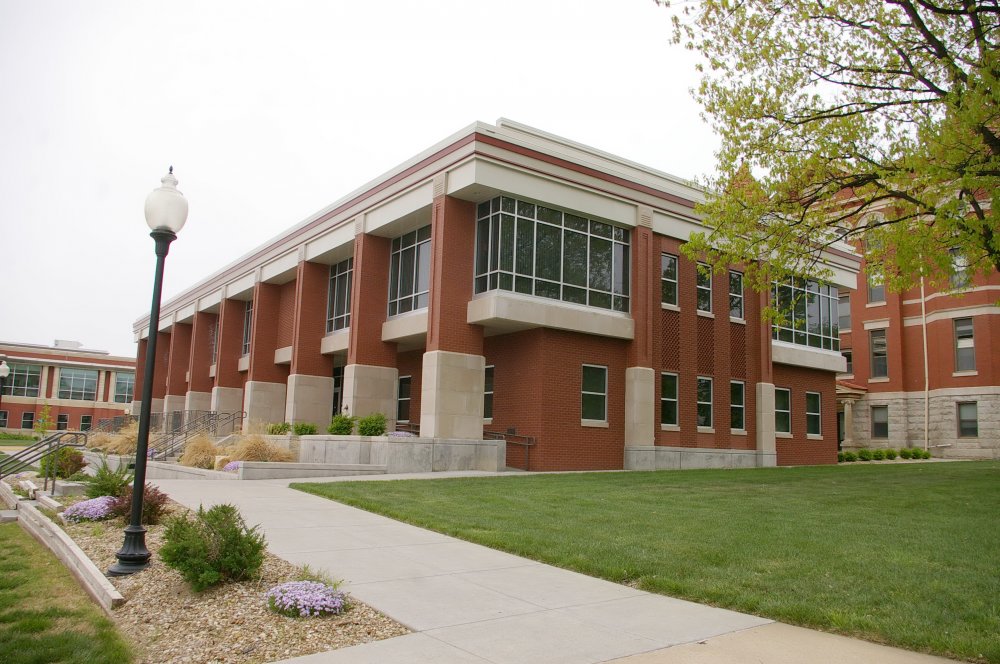