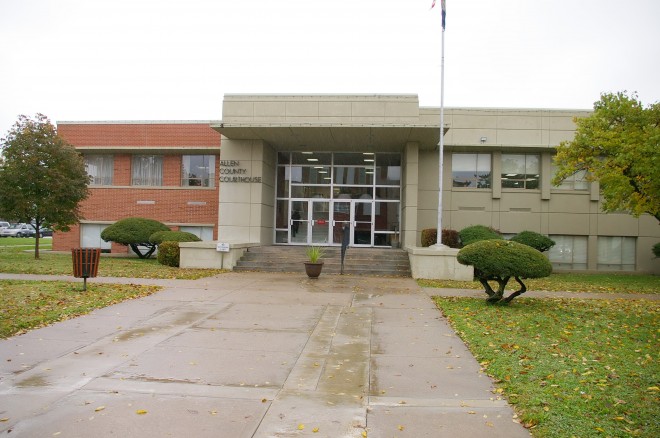 Allen County is named for William Allen, who was a United States Senator from Ohio and Governor of Ohio.

Architect:  Brink and Dunwoody of Iola

Description: The building faces west and is a one story red colored brick and light colored concrete structure. The building is located on spacious landscaped grounds in the center of Lola. The west front has an entrance on the northwest with concrete canopy and recessed glass entrance. There is red brick facing on the north section. The south entrance has a similar canopy and recessed glass entrance. The building houses the County District Court of the 31st Judicial District.  to the northeast is the Old County Jail.

Note:  The clock from the old courthouse constructed in 1904 sits on the lawn. In 1904, the architect was J C Holland & Squires and the contractor was O Swanson. The old County Jail is still standing. 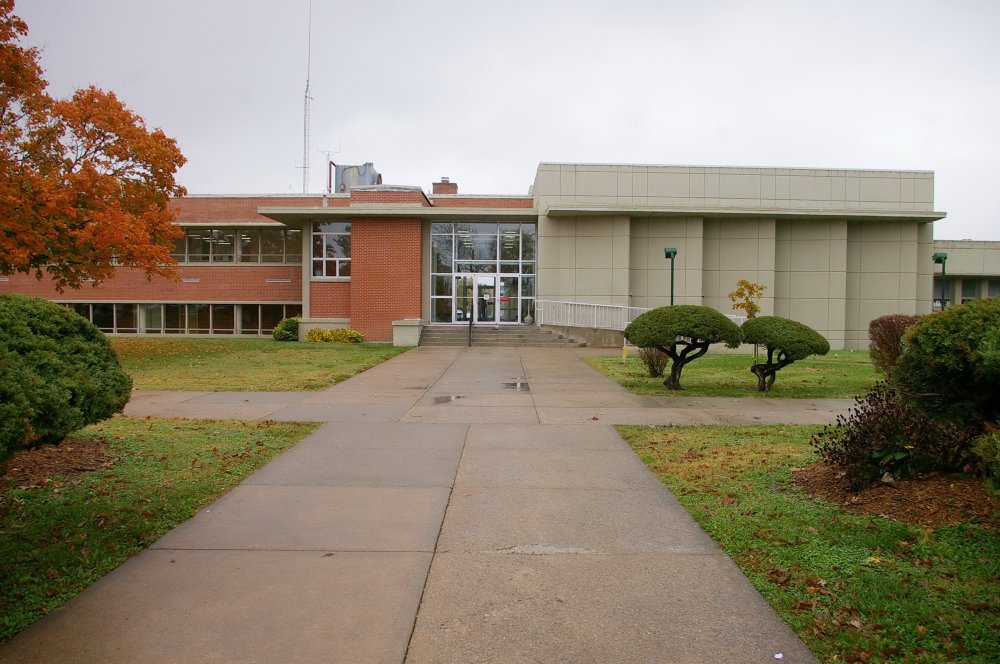 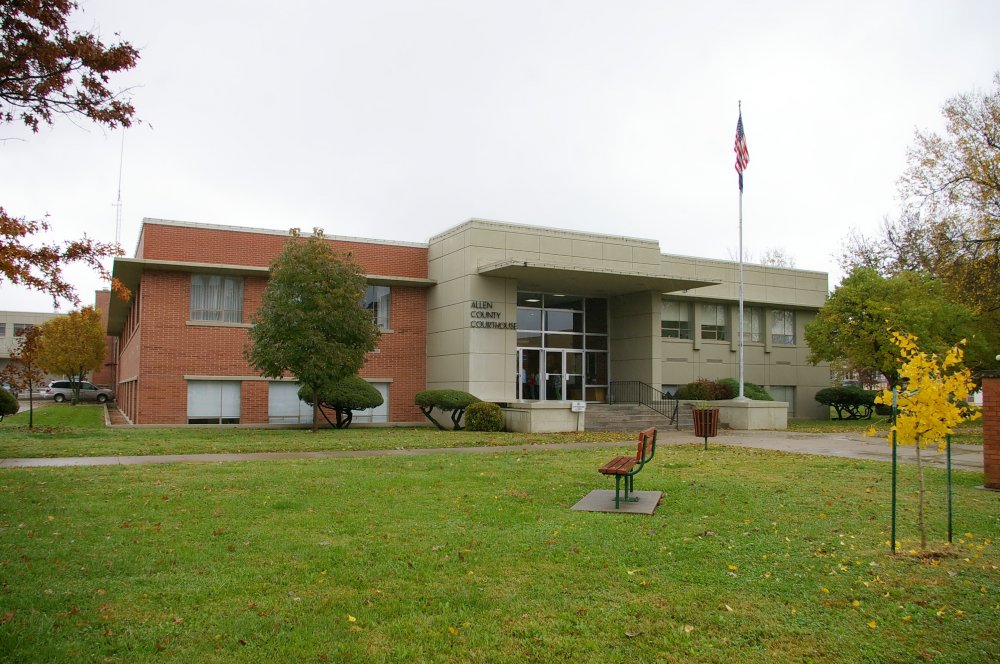 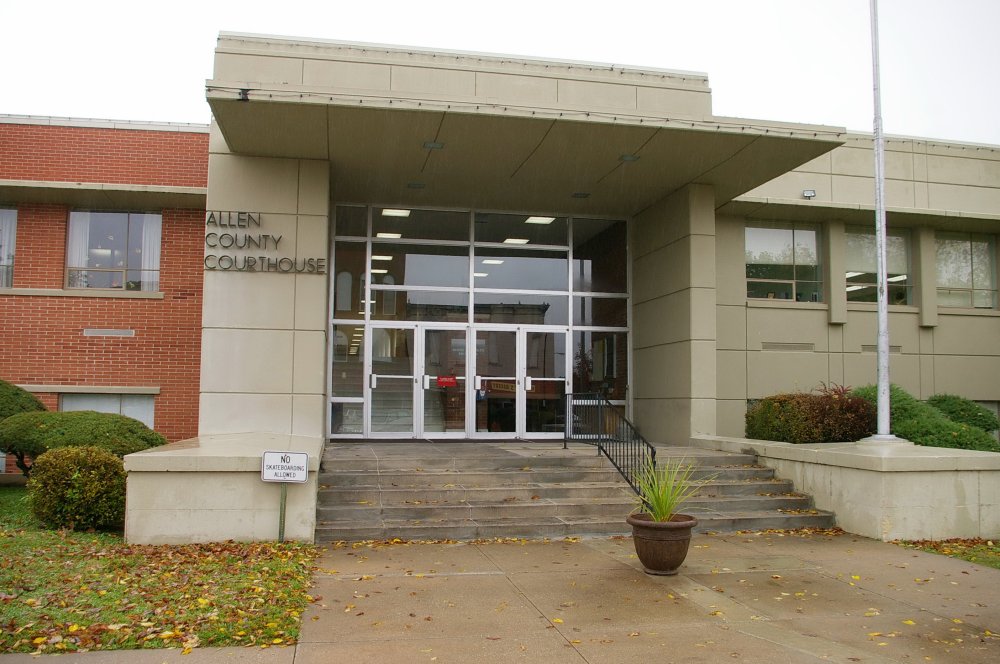 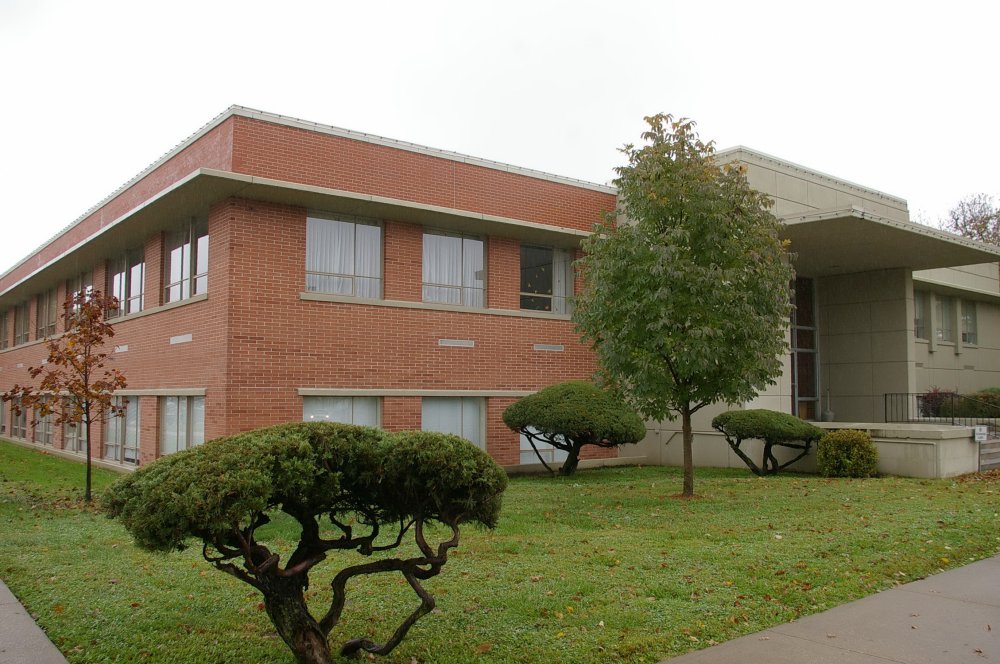 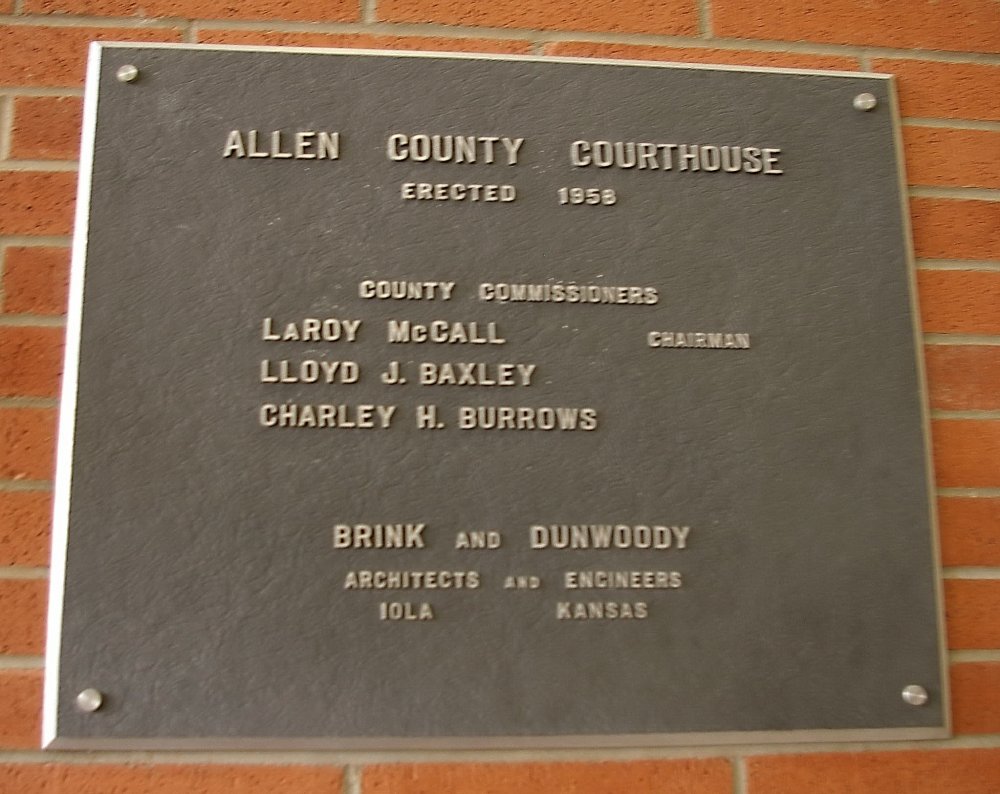 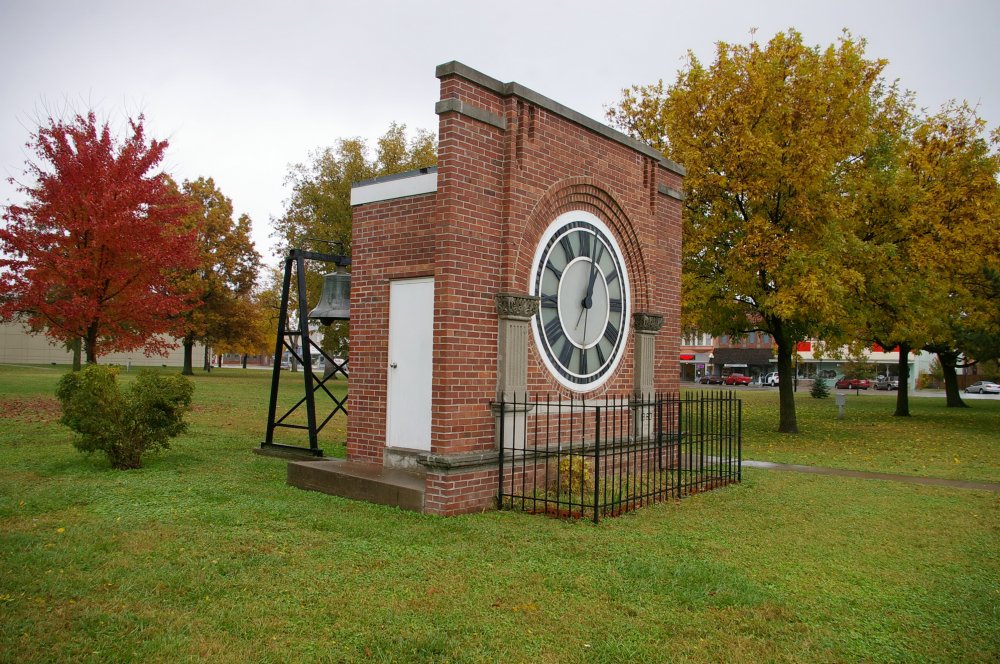 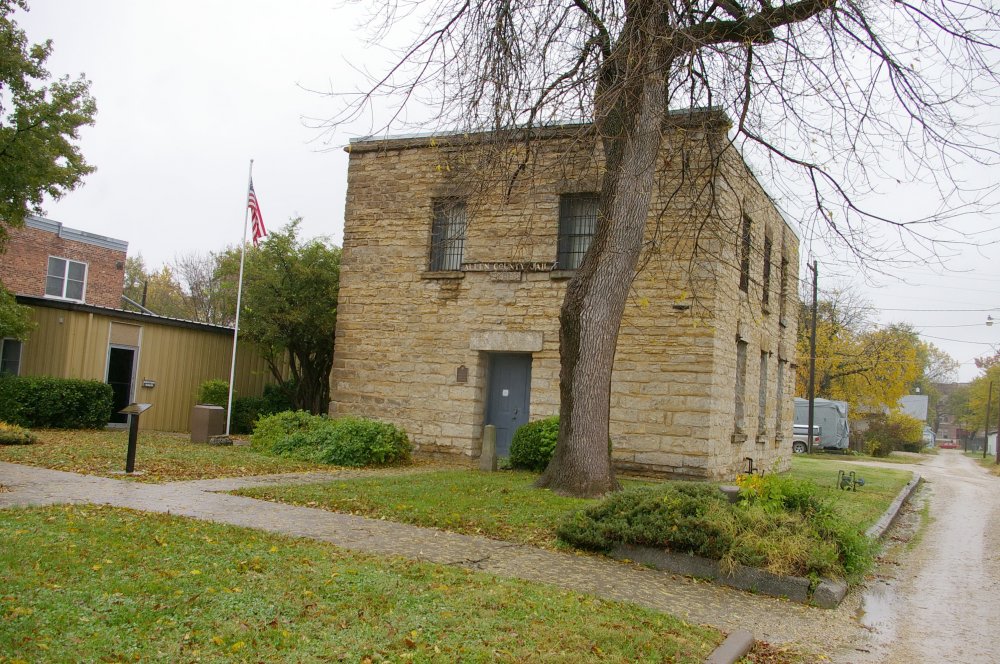 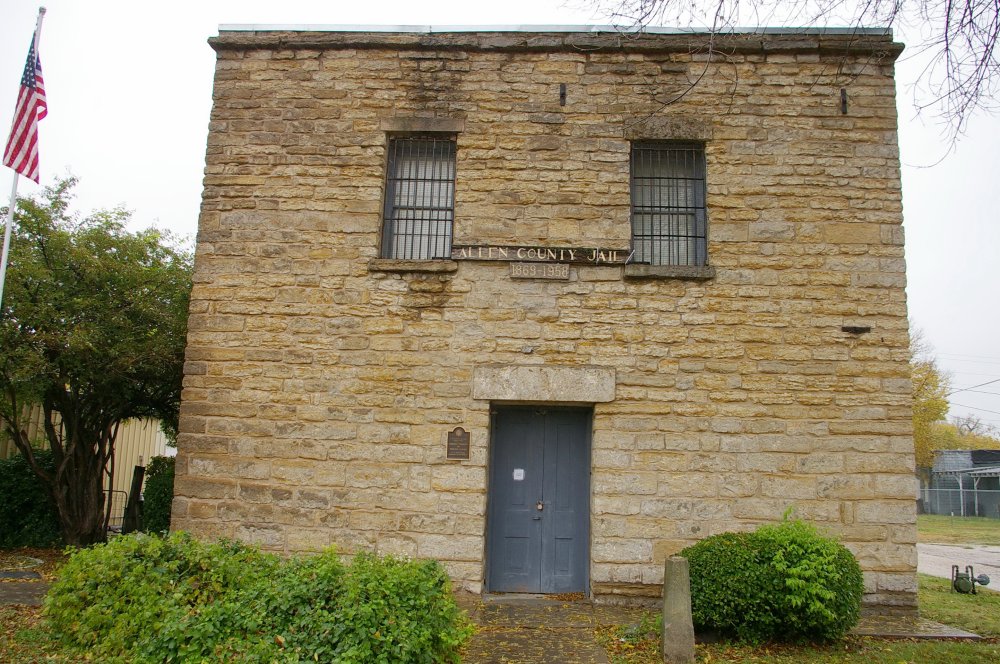 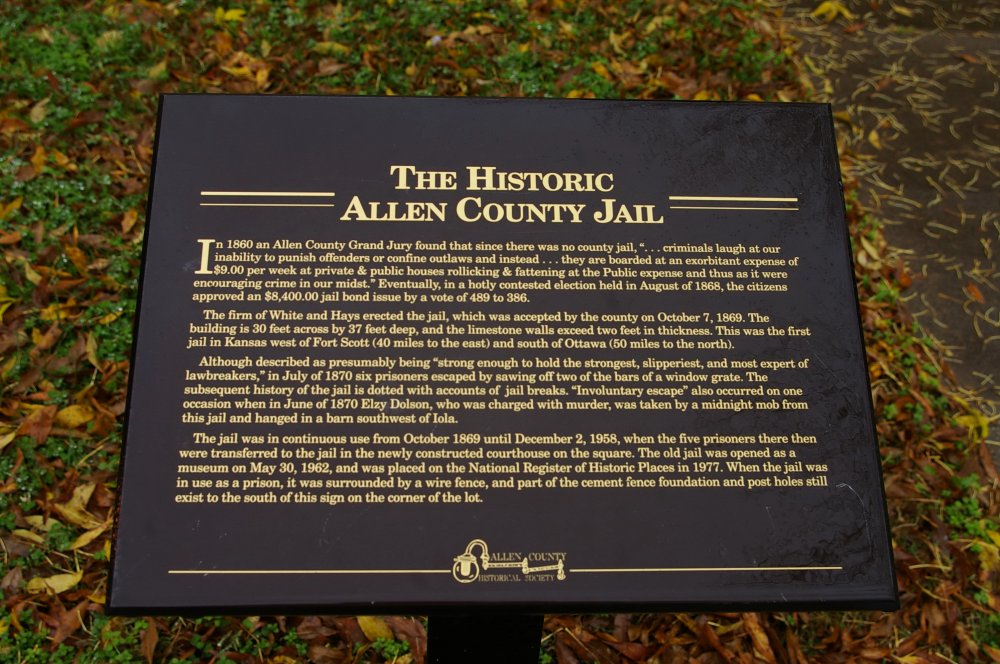