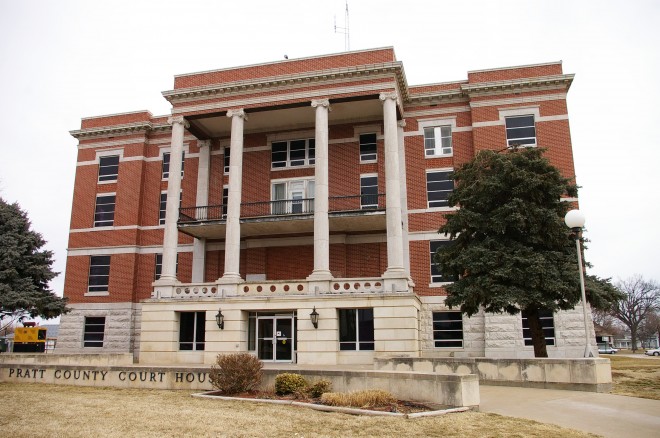 Pratt County is named for Caleb S Pratt, who was a 2nd Lieutenant in the 1st Kansas Infantry and who was killed at the Battle of Wilson’s Creek on August 10,  1861. 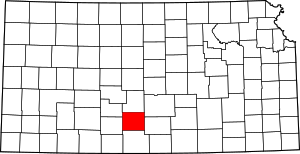 Description:  The building faces west and is a four story red colored brick, limestone and concrete structure. The building is located on spacious landscaped grounds in the center of Pratt. The west front  has a large porch supported by four columns which rise from the second story to the top of the fourth story. The first story is faced with white colored limestone. There are balconies on the second and third stories. The corner sections project slightly from the main building. The roof line is flat. The building houses the County District Court of the 30th Judicial District. The building was remodeled after fire damage on June 6, 1923 and completed in 1924. The architect was A R Mann & Company of Hutchinson.

Note:  On June 6, 1923, the roof and top two floors of the courthouse were destroyed by fire, believed to be the result of a lightning strike. The brick and stone exterior walls were deemed structurally sound and A.R. Mann of Hutchinson was hired as the architect to rebuild at an estimated cost of $50,000 to $60,000.

History:  The county was created in 1867 and Pratt was selected as the county seat in 1888 when the county was organized. The court was housed in the Peoples Bank on Main Street. The first and present courthouse was constructed in 1909 to 1910 at a cost of #101,399. 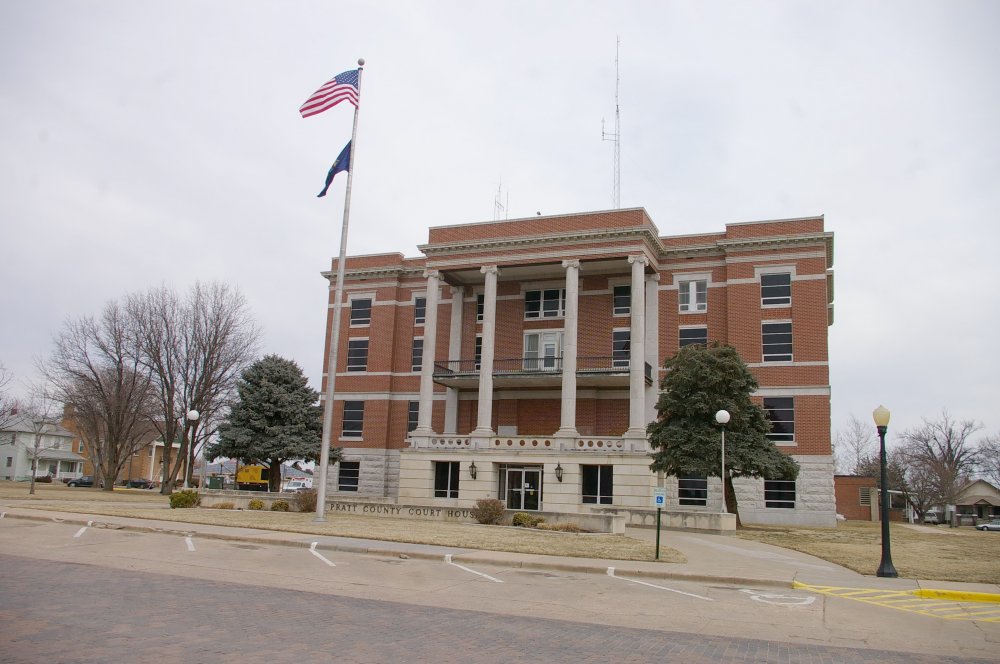 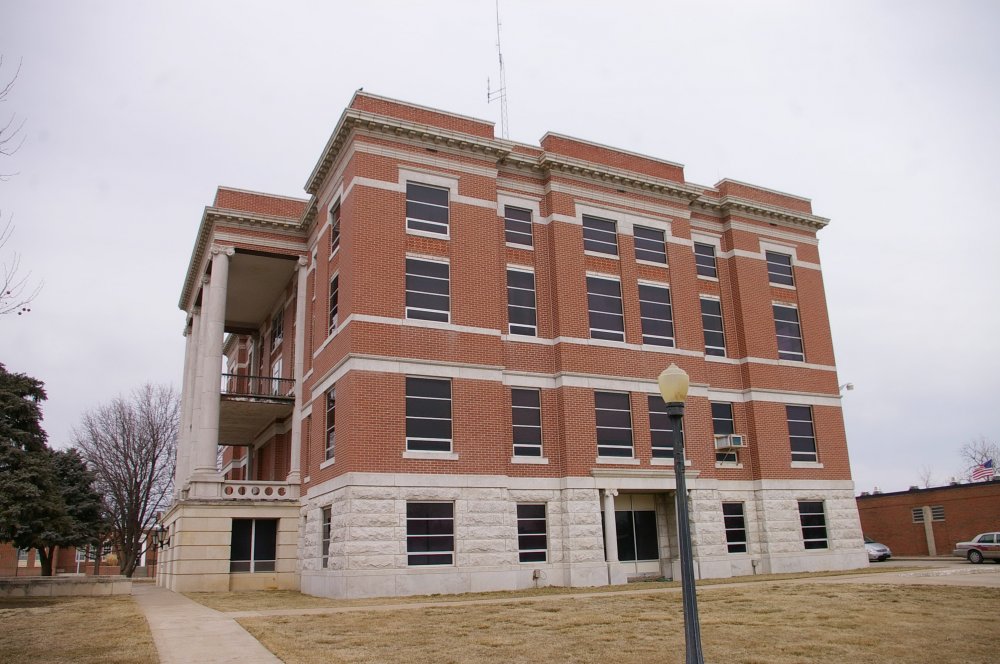 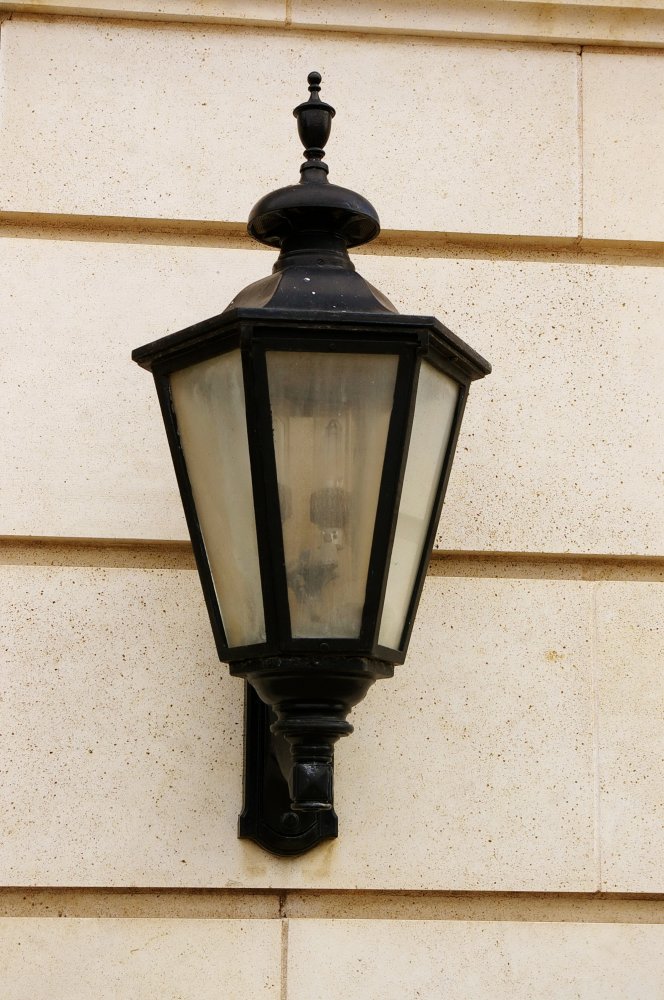 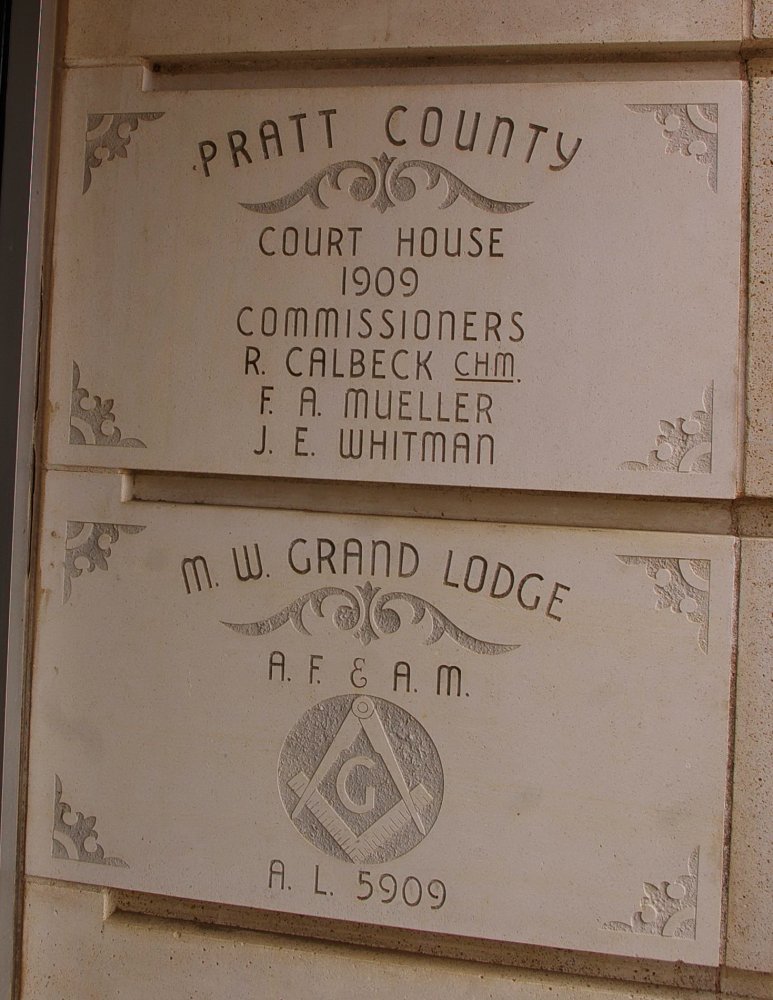