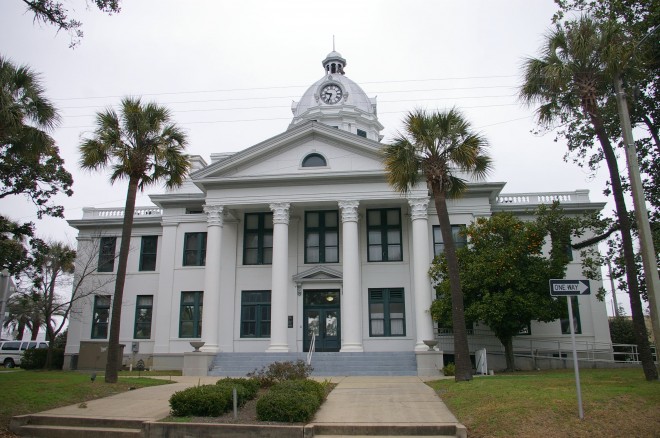 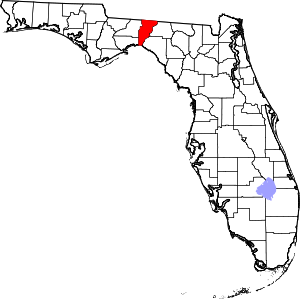 Description: The building faces south and is a two story white colored stucco, stone and concrete structure. The building is located on landscaped grounds in the center of Monticello. The south front has a high portico supported by four large white colored columns rising to a pediment at the roof line. The motto “Sum Cuique” (To each his own) is inscribed over the doors. There are porticos on all four sides of the building. A balustrade runs along the roof line. On the center of the roof is a large octagonal dome with clock and a small cupola at the top.

History:  The county was created in 1827 and Monticello was selected as the county seat. The first sessions of the court were held at the log home of John G Robinson. The first courthouse was a log structure erected in the town square in 1828. The second courthouse was a two story wooden structure built in 1834 to 1841. The third and present courthouse was constructed in 1909 to 1910 at a cost of $39,412. 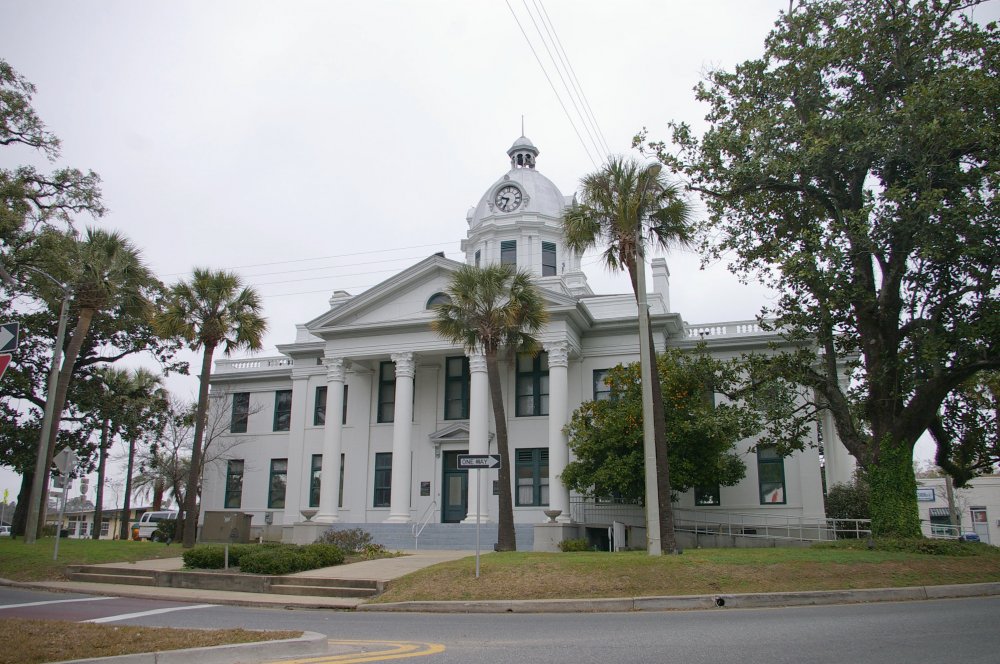 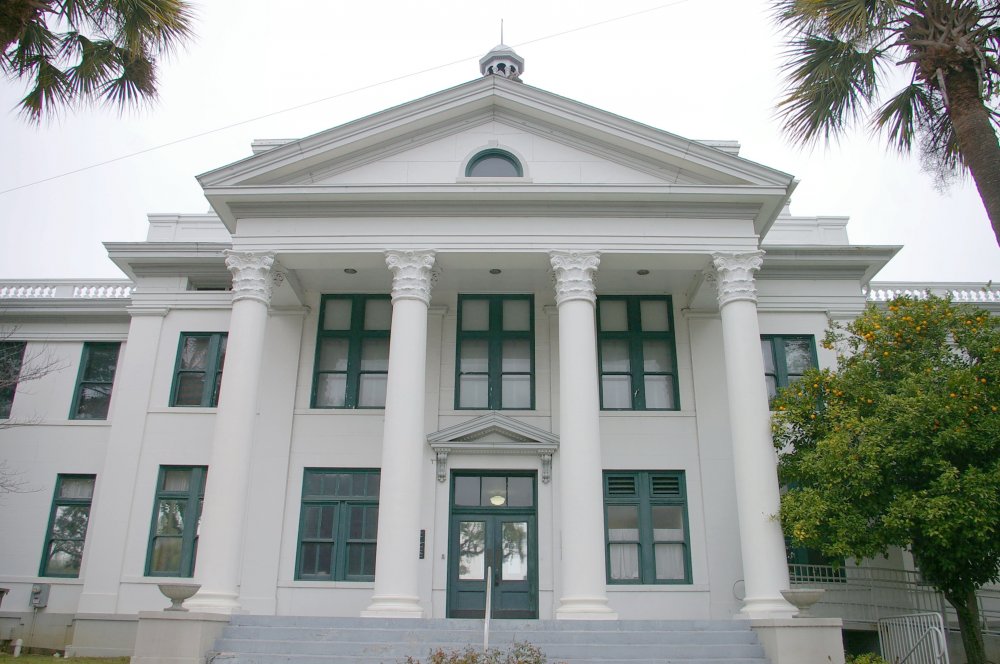 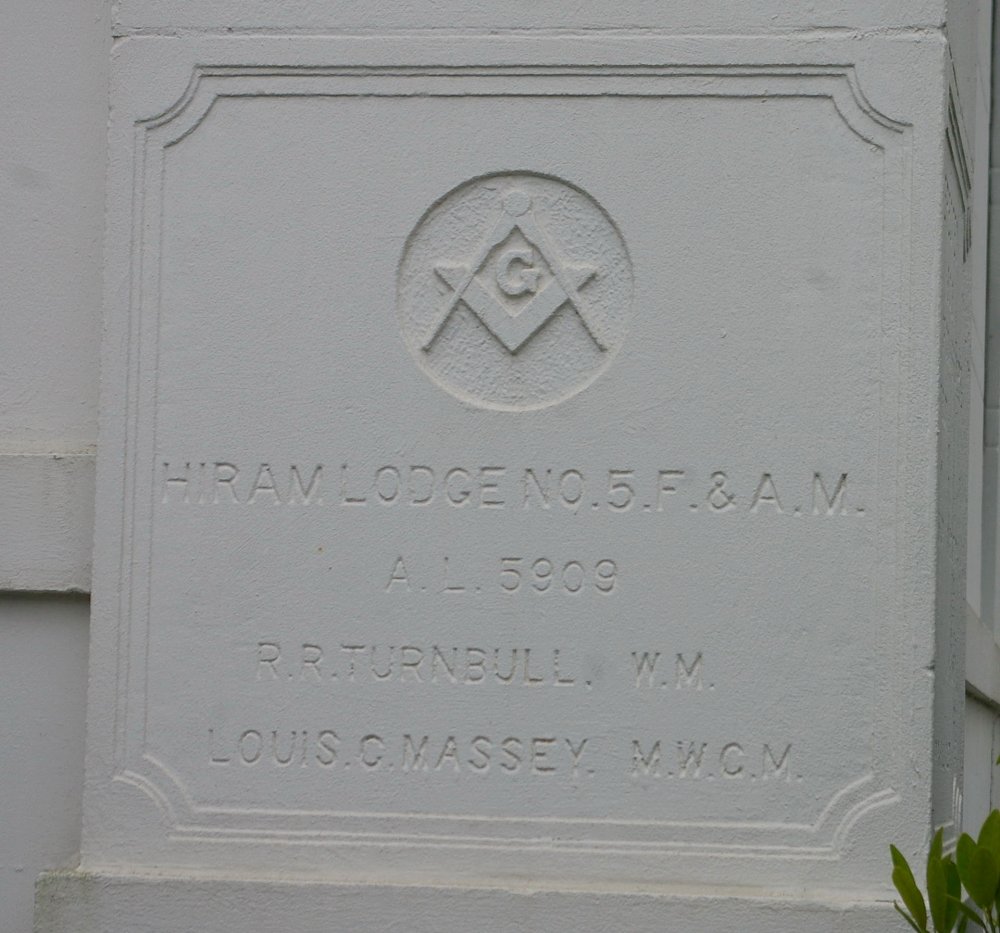 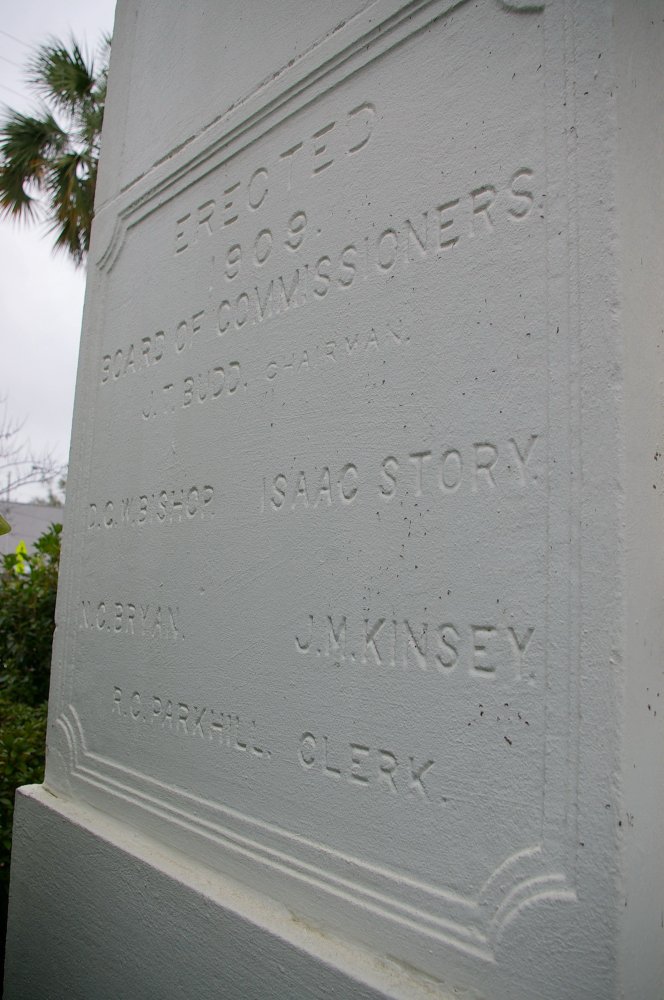