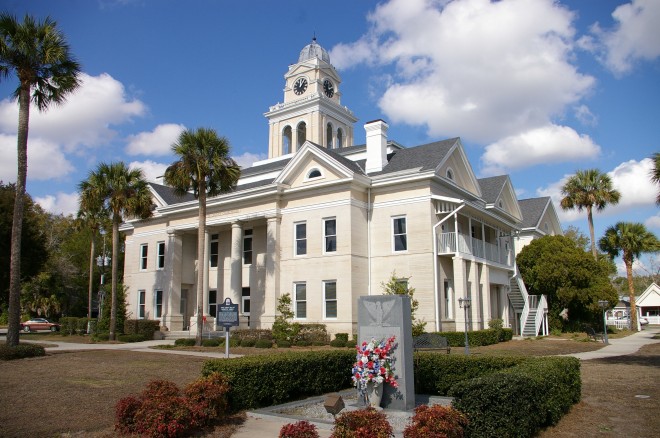 Lafayette County is named for Marquis de Lafayette,  who was a French military hero who aided the American Army during the American Revolutionary War. 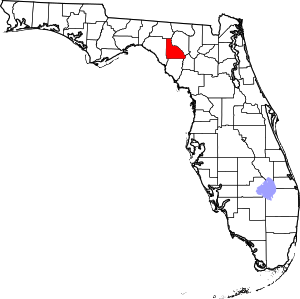 Description: The building faces south and is a two story white colored brick, wood, limestone  and concrete structure. The building is located on landscaped grounds in the center of Mayo. The south front has a recessed porch supported by two large columns rising to a header at the roof line. On the center of the roof is a large square white colored clock tower with open arched windows and with the clock and small dome above. In the interior, the courtroom is located at the center of the west side of the second story. The building houses the Circuit Court of the 3rd Judicial Circuit and County Court.  An addition was added in 1967. the architect was Harry Burns and Associates and the contractor was Tharp Construction Company, Inc. The building was remodeled in 2003. The architect was Clemons Rutherford & Associates, Inc. and the contractor was Peter R Brown Construction.

Note:  The courthouse was built of Indiana limestone. Because there was no railroad into Lafayette County, the limestone and other materials were shipped by rail to O’Brien in Suwannee County and then transported by wagon to Mayo, crossing the Suwannee River via Grant’s Ferry north of Troy Springs. 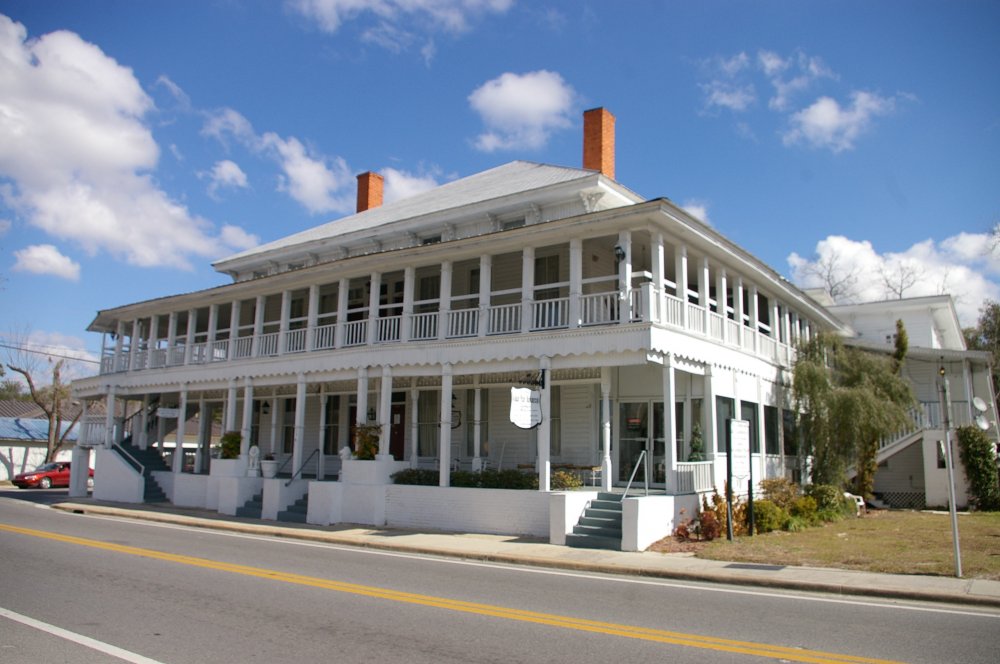 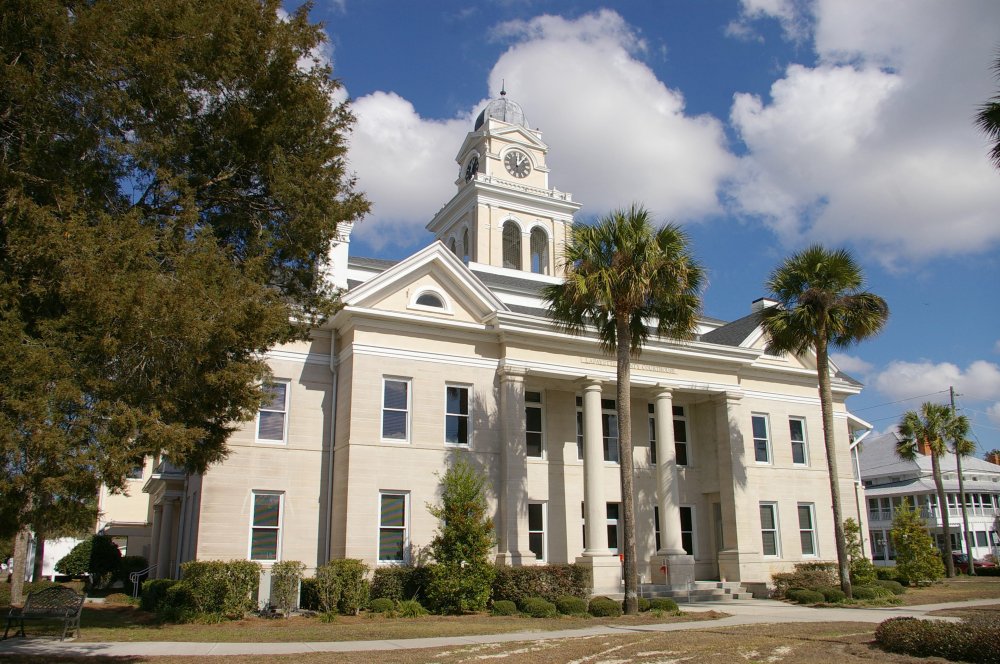 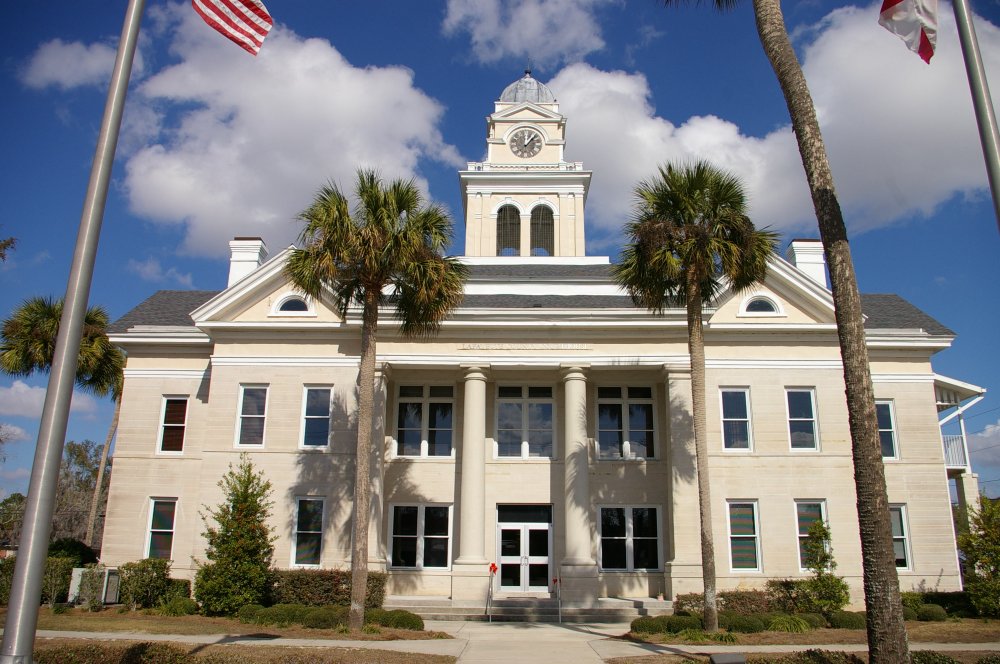 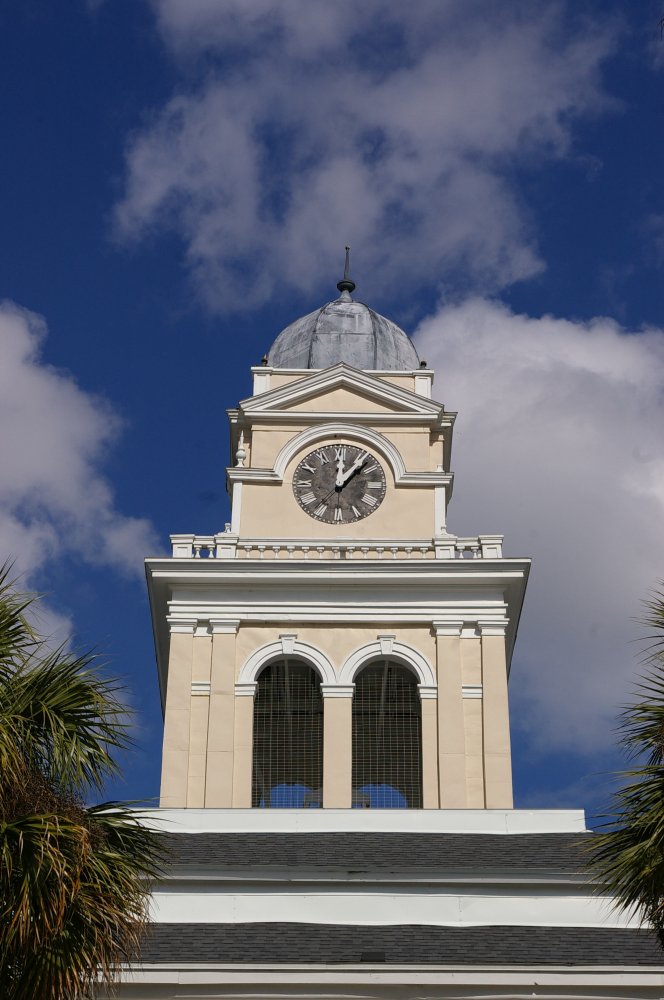 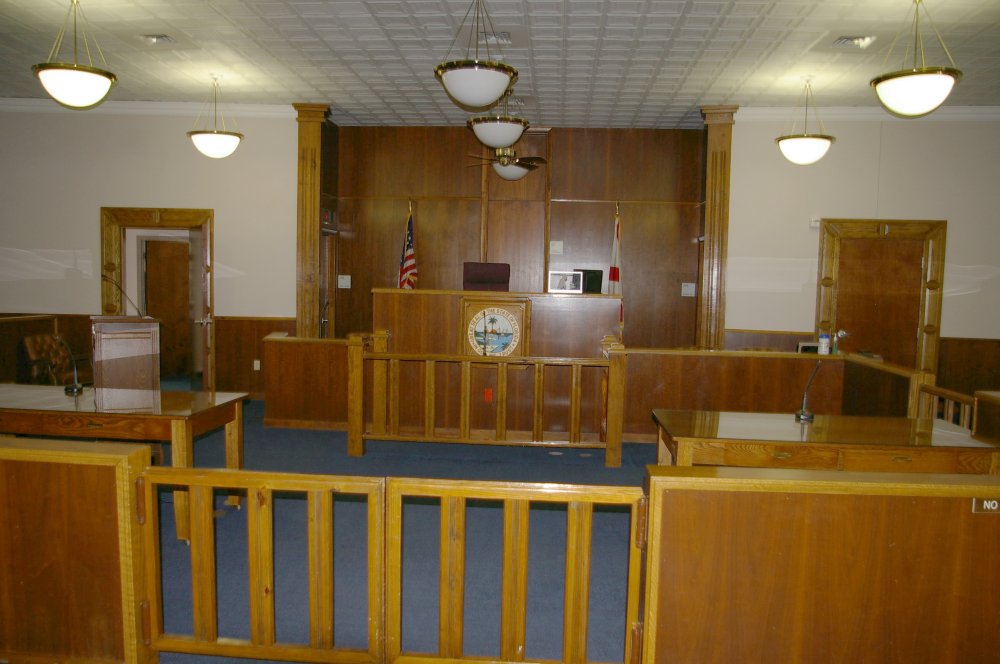 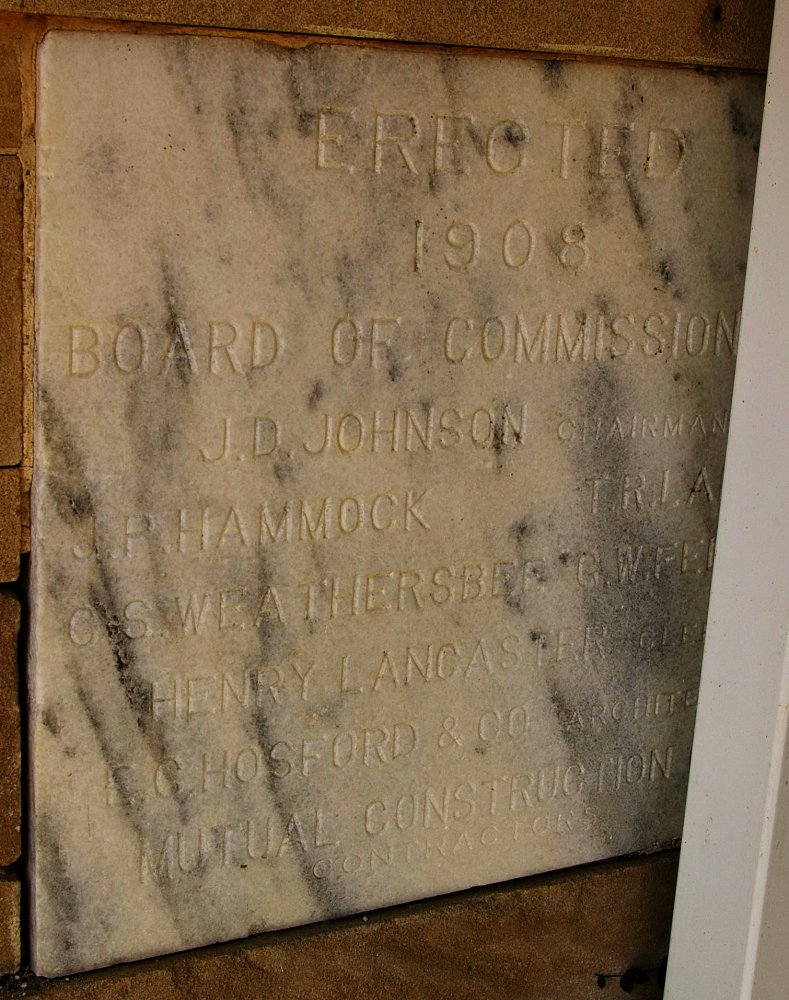