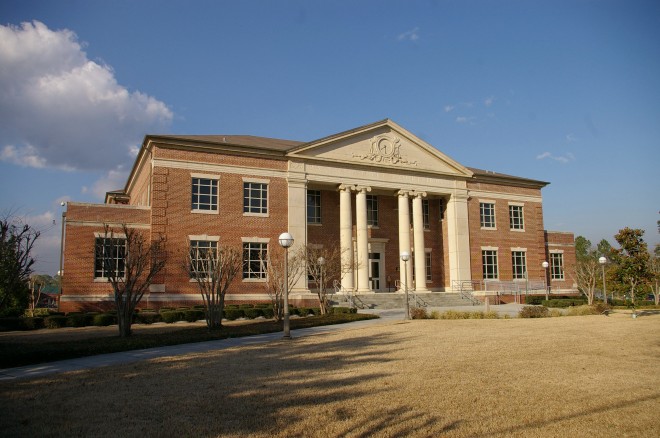 Baker County is named for James McNair Baker, who was a judge and a Confederate States Senator. 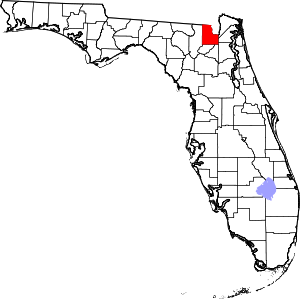 Architect:  Roy A Benjamin of Jacksonville

Description: The building faces south and is a two story red colored brick and concrete structure. The building is located on landscaped grounds in the center of Macclenny. The south front has a large portico supported by four high columns with a wide pediment containing a clock. A white  colored stone band runs horizontally below the roof line. On the east and west sides are one story wings. In the interior, there is a large mural in the entrance lobby. The courtroom is located on the second story. The building was a Works Progress Administration project. The building was renovated in 2002. The architect was Rink Reynolds Diamond Fisher of Jacksonville  and the contractor was The Auchter Company.

Note:  Due to the start of World War II, construction of the courthouses was delayed until the war ended. 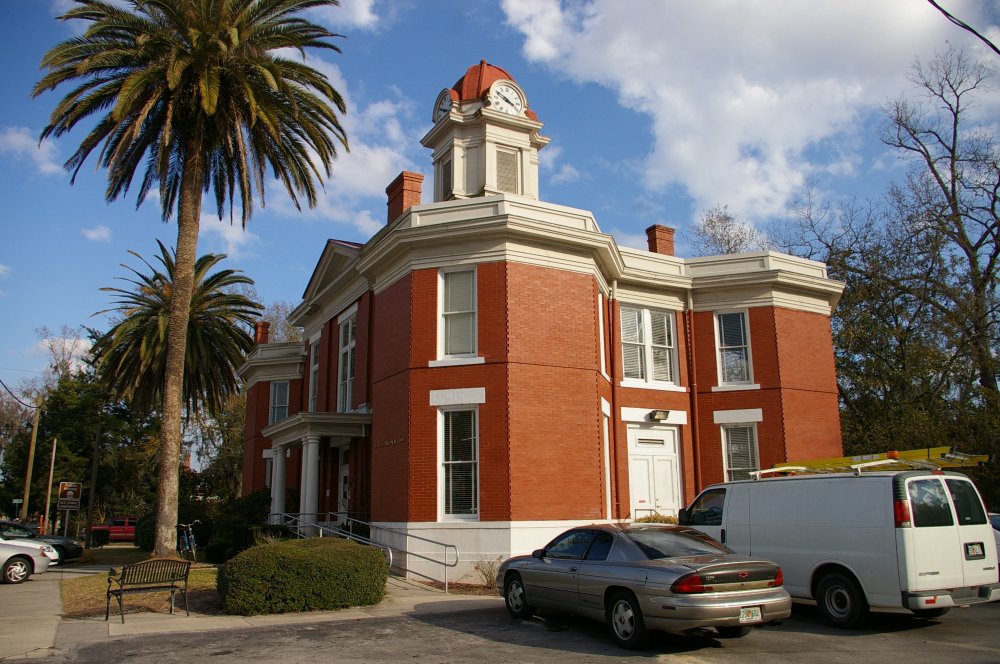 Description: The building faces north and is a two story red colored brick and limestone trim and concrete structure. The building is located on landscaped grounds in the center of Macclenny to the southwest of the courthouse. The north front has a small portico supported by four columns. On the second story is a large window with pediment above at the roof line. Each of the corners of the building are six sided towers. A projecting cornice runs below the roof line. On the center of the roof is a high cupola with clock and red colored dome at the top. In the interior, the courtroom used to occupy the entire second story. The building is now the Emily Taber Library. On the west side is the Old County Jail built in 1911. 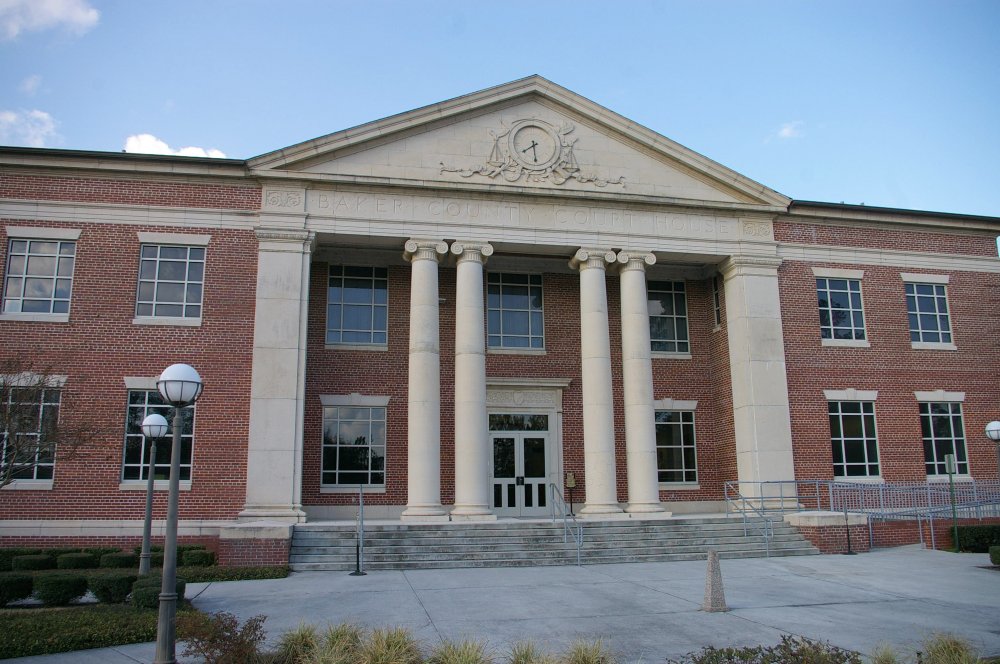 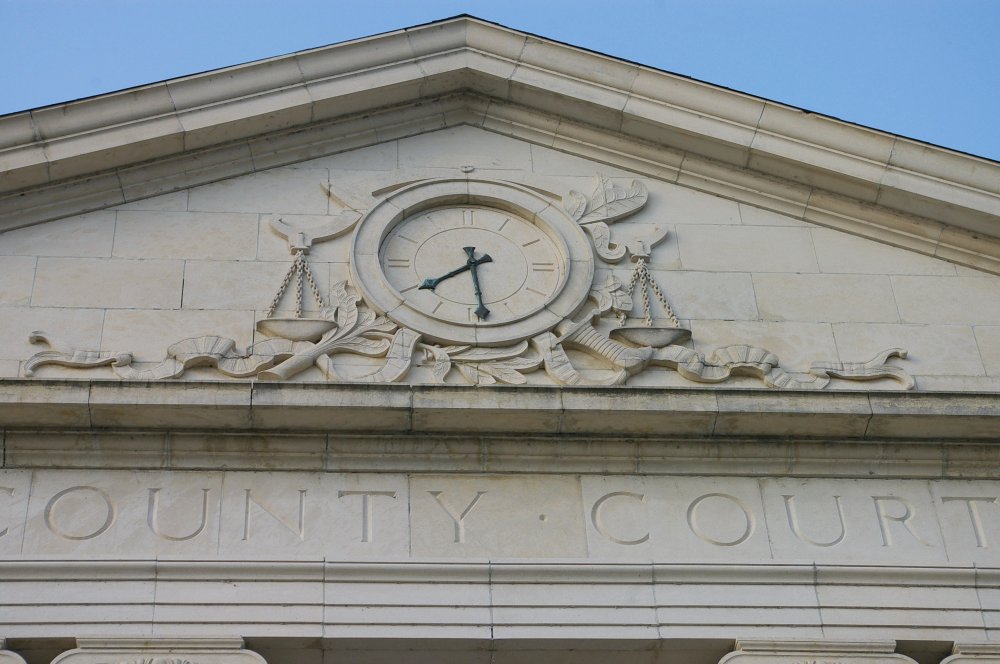 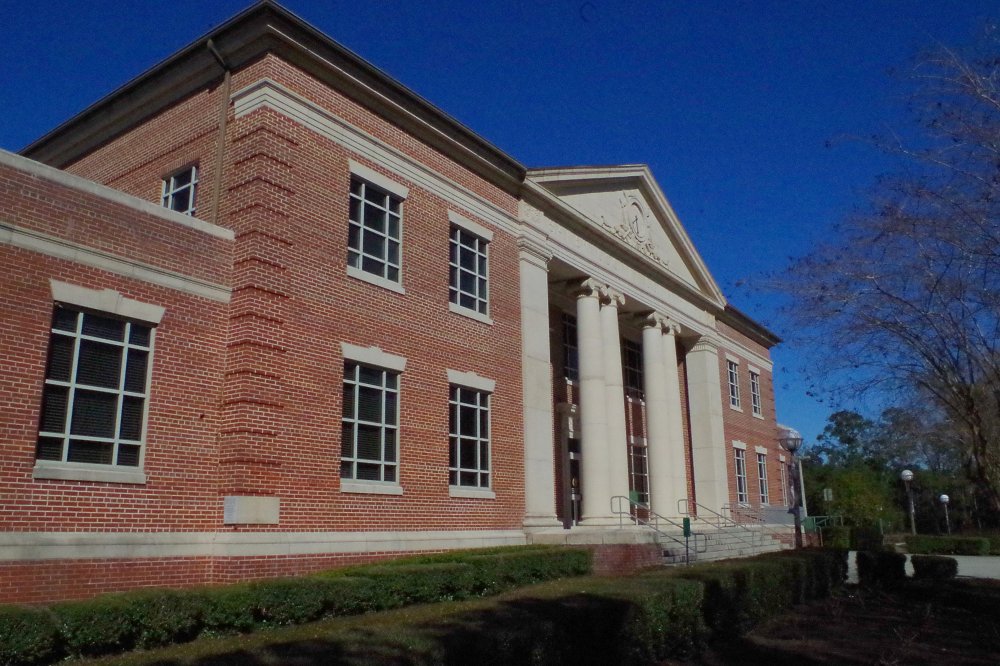 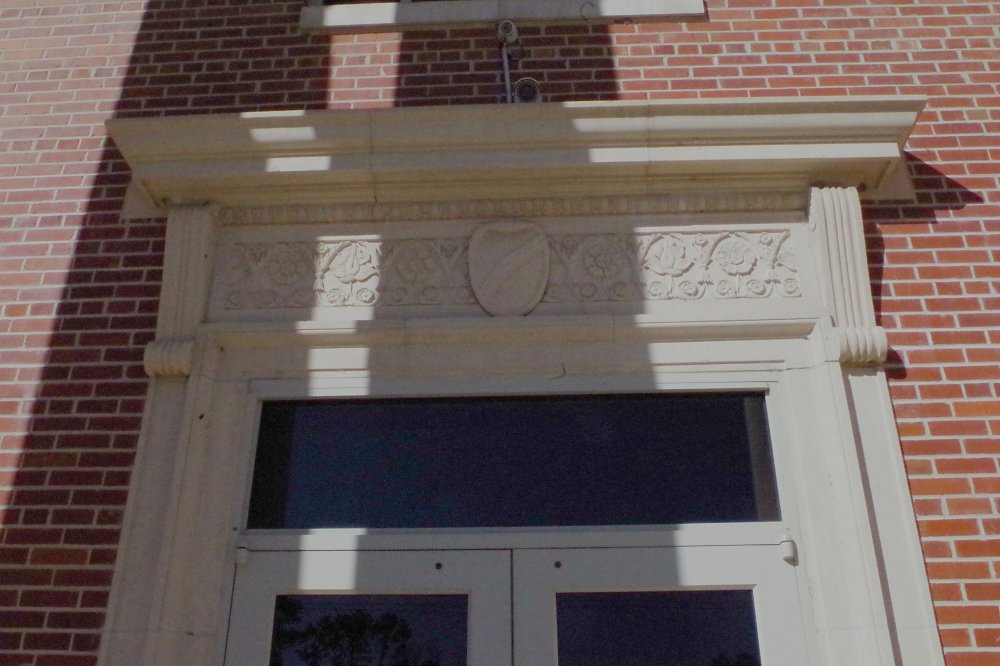 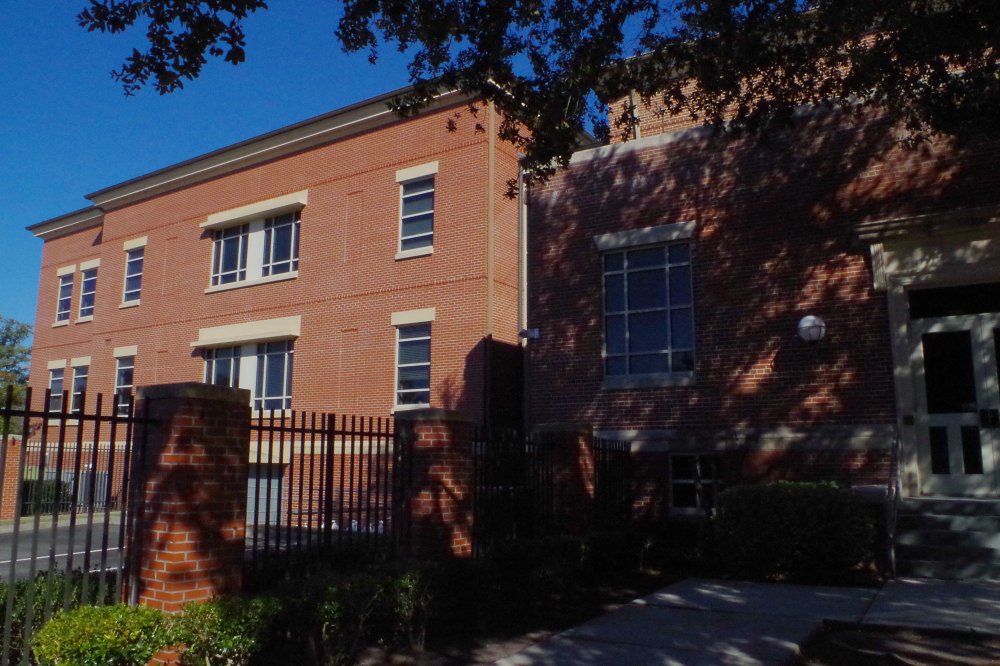 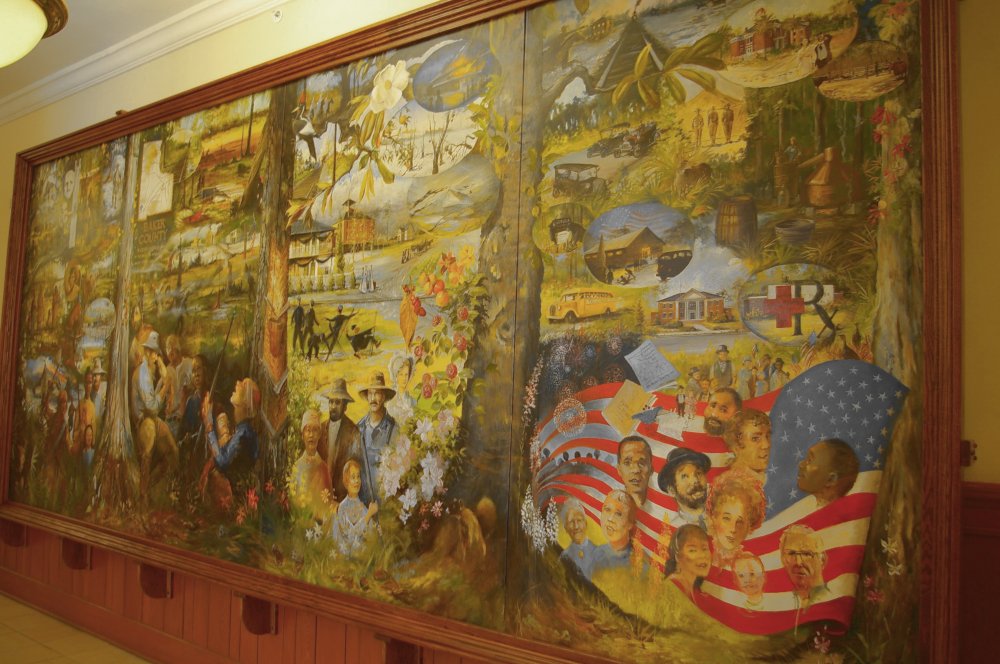 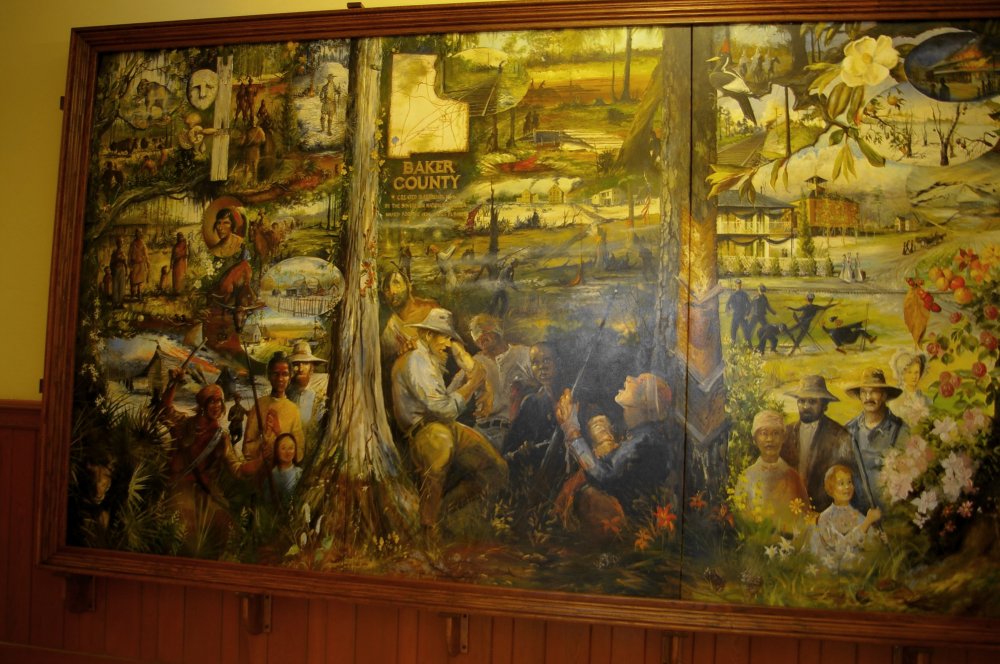 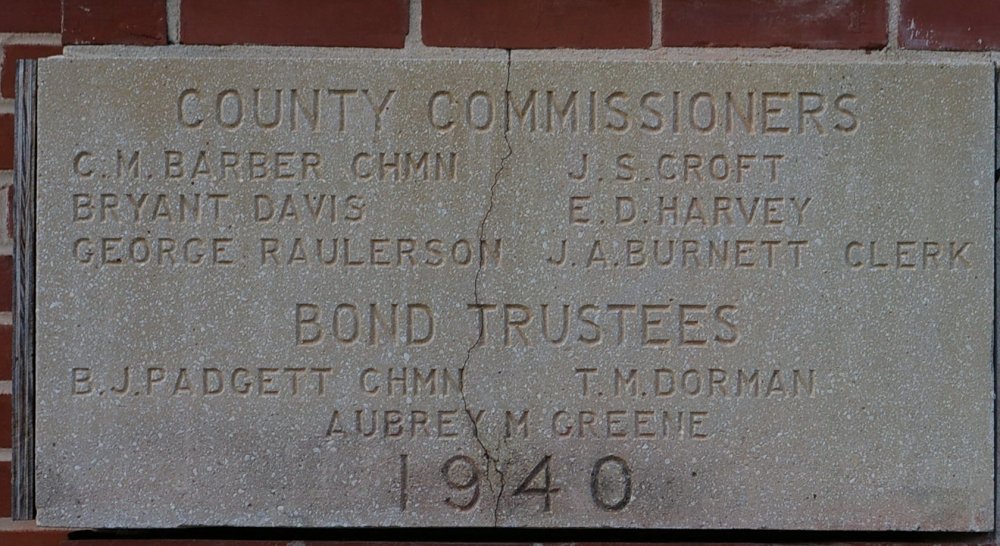 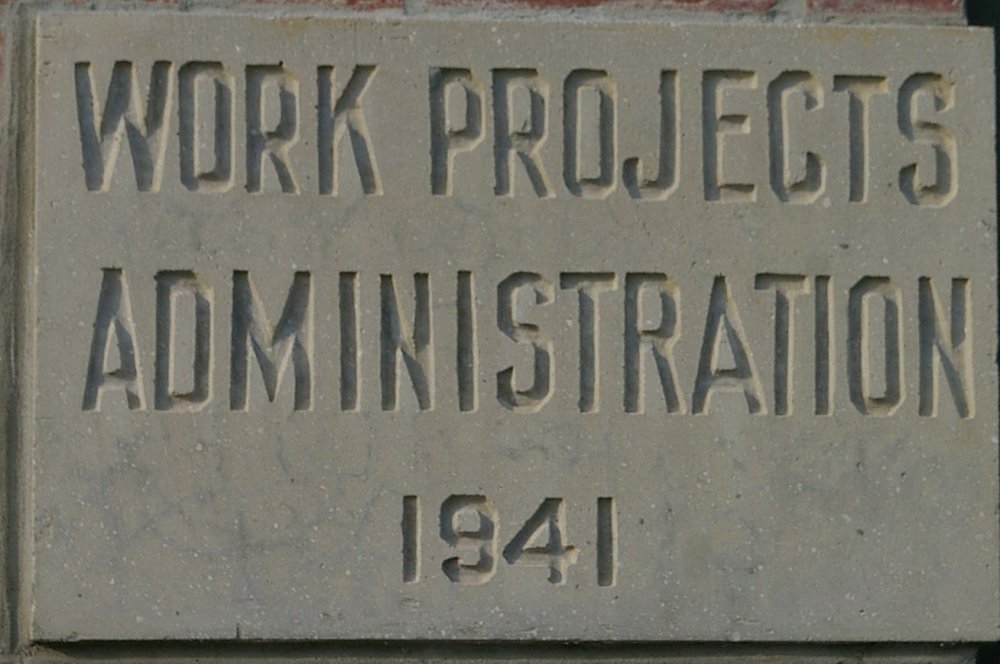 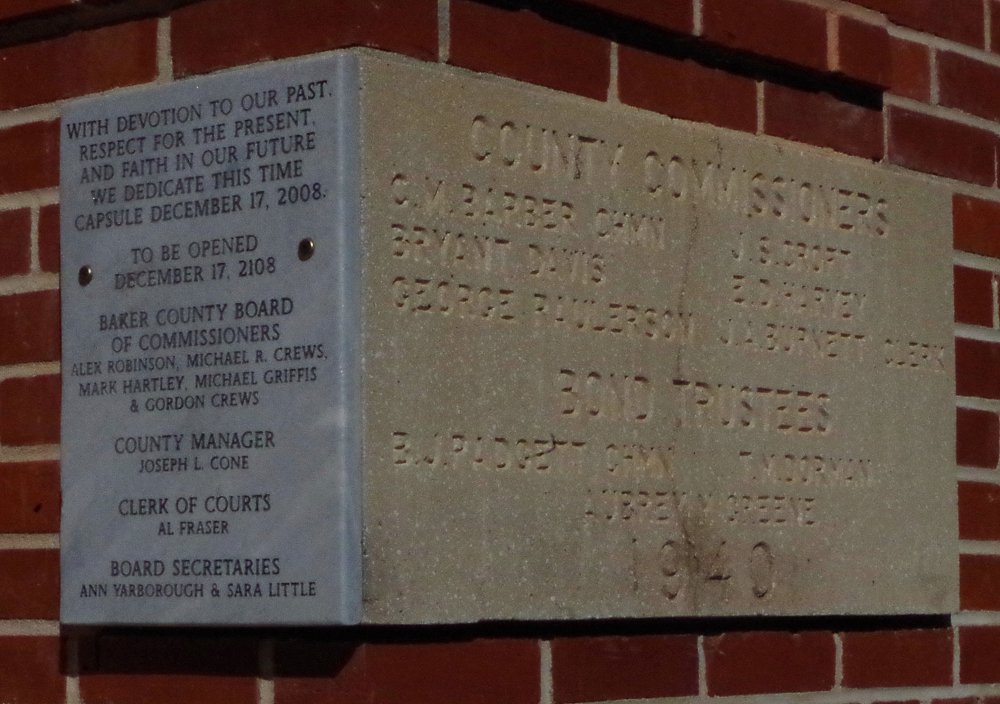 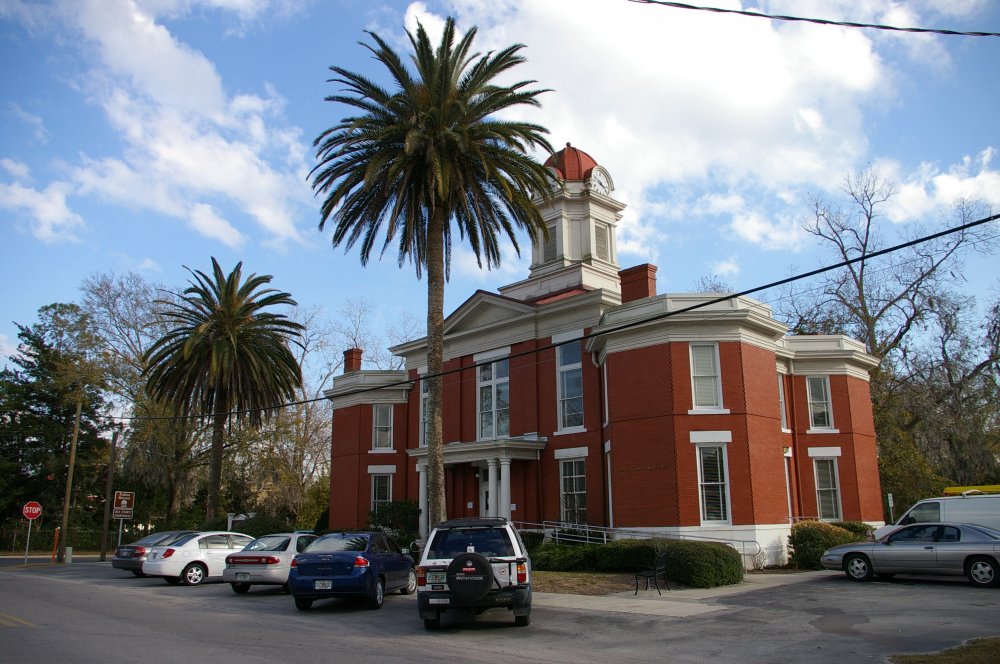 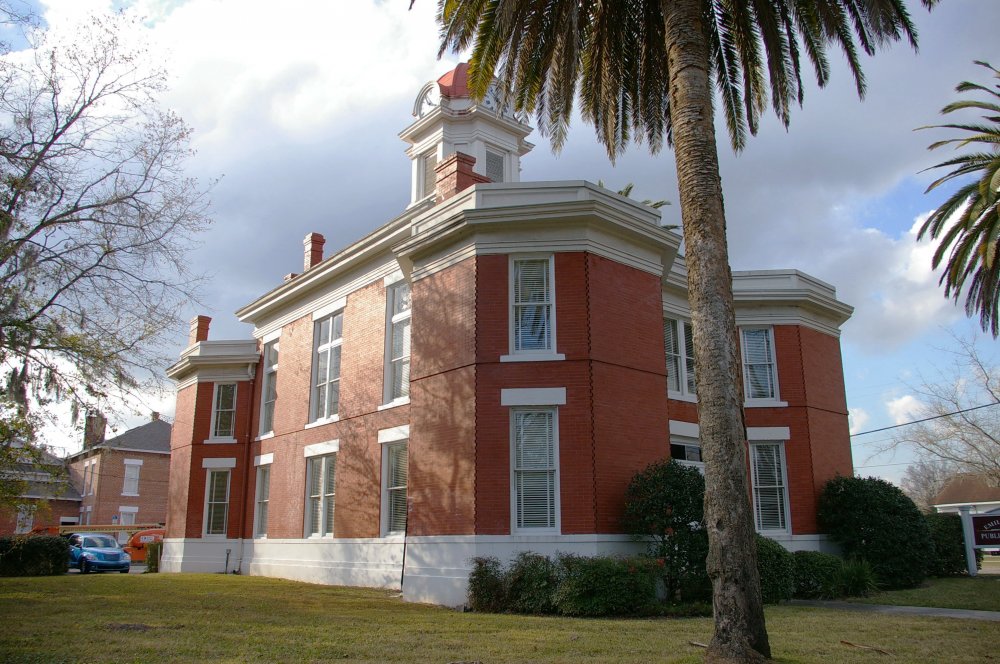 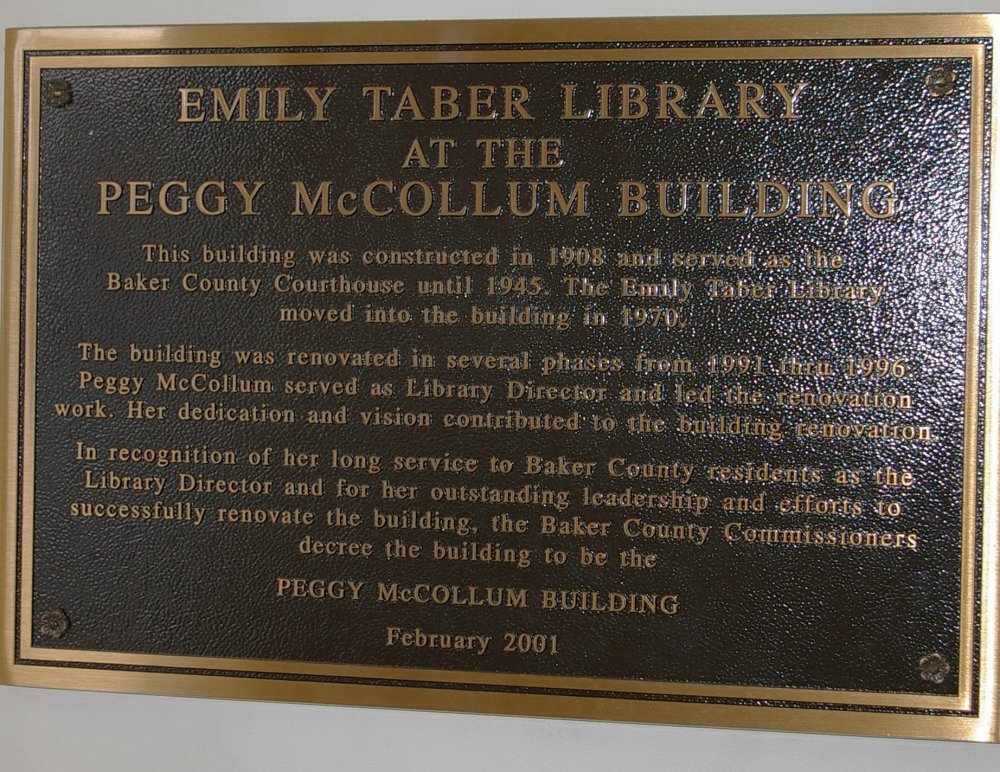