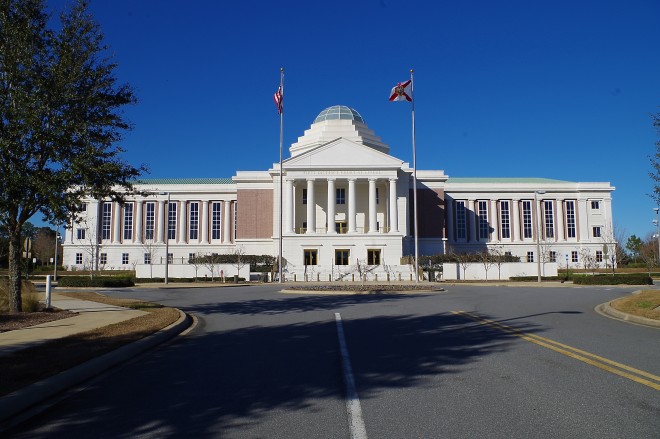 Description:  The building faces south and is a four story red colored brick, concrete and glass structure. The building is located on spacious landscaped grounds at the southeast side of Tallahassee. The center section projects with three entrances on the first story. Six columns rise from the second story to a pediment at the roof line. The east and west wings have vertical windows divided by white colored columns. On the roof is an octagonal white colored dome with glass roof. The main courtroom is located at the center of the fourth story. Description:  The building faces west and is a three story concrete and glass structure. The building is located on sloped landscaped grounds in the center of Tallahassee near the Supreme Court. The west front has a recessed central entrance and two story concrete columns with recessed sections between on the first story and horizontal windows on the second story. The third story is recessed and the roof line is flat. The old courtroom is located on the east side of the entrance lobby on the second story. The building housed the Court of Appeal from 1981 to 2010. The building was renovated in 2011 for occupancy by the College of Law of the Florida State University. The architect was Barnett Fronczak Barlowe and the contractor was Culpepper Construction Company, Inc.

See:  The buildings are located in Leon County. 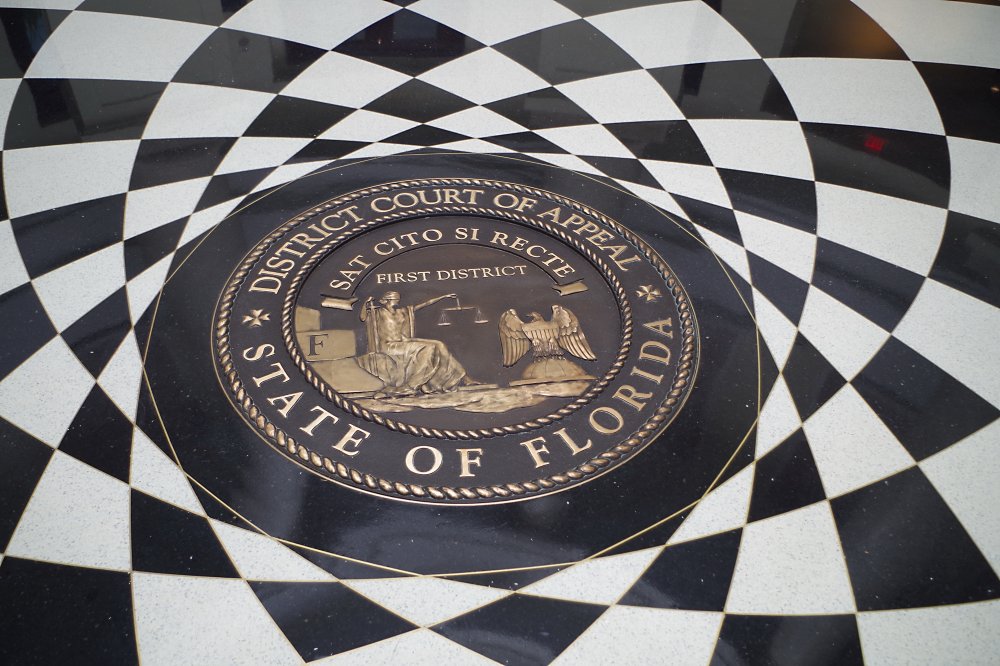