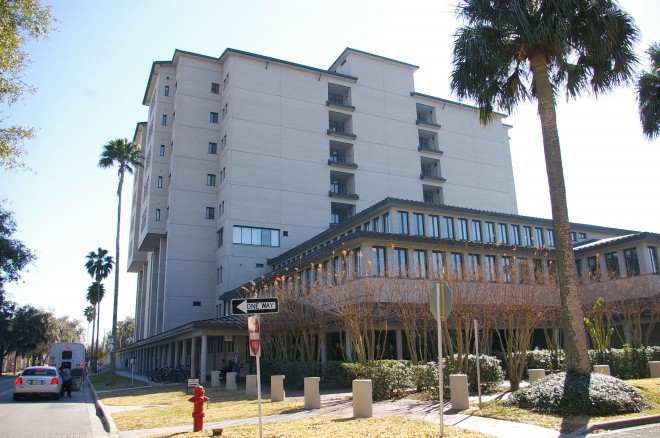 Polk County is named for James K Polk, who was the eleventh President of the United States of America. 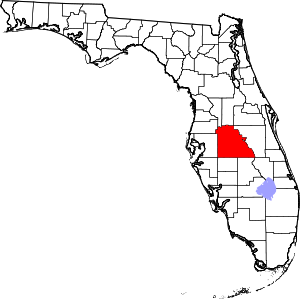 Description: The building faces north and is a ten story concrete and glass structure. The building is located in the center of Bartow. There is a central tower with square lines. On the east and west are low three story Japanese style wings with arcades and green colored tile roofs. 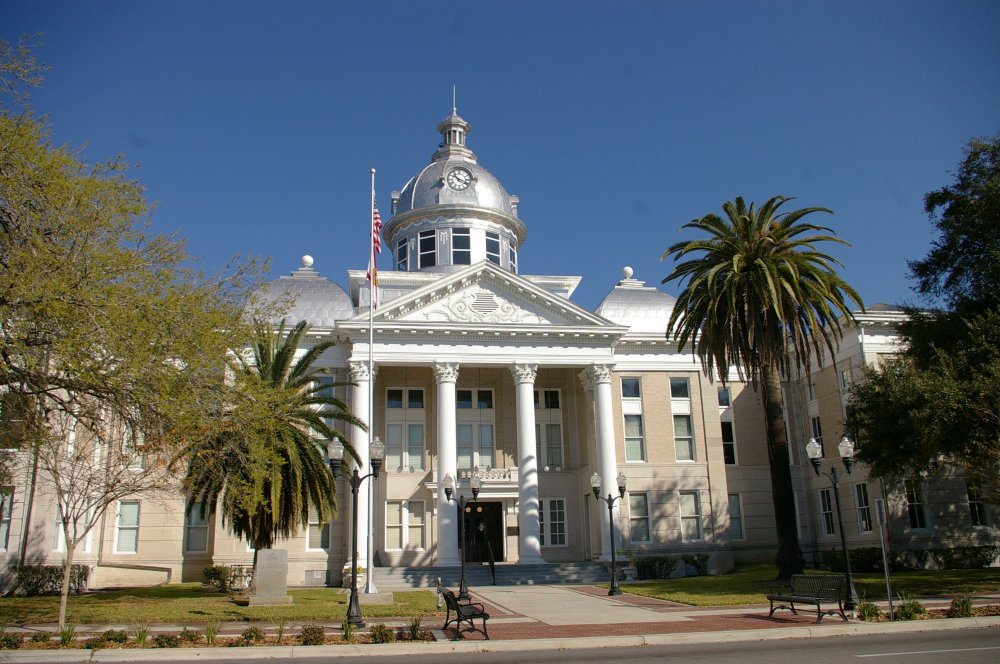 Description: The building faces south and is a two story buff colored brick, stone and concrete structure. The rectangular shaped building is located on landscaped grounds in the center of Bartow to the east of the courthouse and  has a high portico on the south front with four large columns rising to a pediment at the roof line. On either side of the portico are square brick towers with silver colored domes. In the center of the building is a large round dome with clock and silver colored roof and at the top is a small silver colored cupola. In the interior the rotunda is circumscribed with a series of plaster moldings below the skylight. Below the moldings were a frieze of swag, double swag, and tassel; eight ribbon and bow ovals surrounded electric light fixtures on the upper level. The tile is white colored with patterns in terra cotta, light green, grey, and tan. The stair stringers and noses are marble. The brass stair rail is set on cast iron in a modified fret geometric pattern. The old historic courtroom is located on the east side of the second story and a large courtroom is located in the west wing on the second story. The east and west wings were added in 1926.

See:  The courthouse was used as a model for the smaller courthouse built in Citrus County. 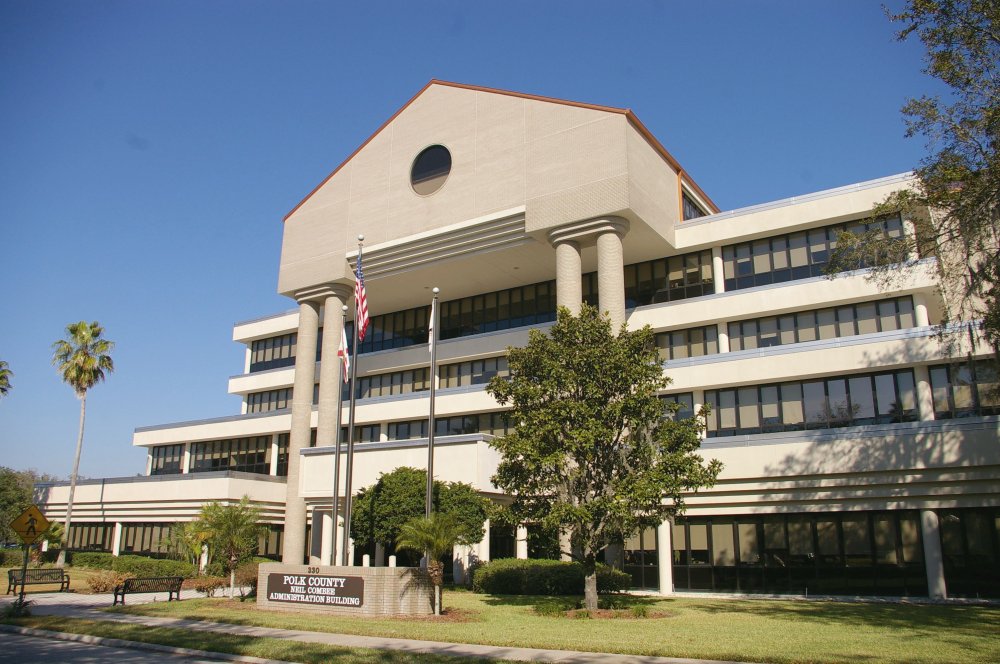 Description: The building faces south and is a four story concrete and glass structure. The building is located on landscaped grounds in the center of Bartow to the north of the courthouse. The south front has a large portico supported by four columns and rising to a high peak above the roof line. On the first story is a  one story portico at the entrance. The building rises in tiers.  The roof line is flat.

See:  Located in the county is the Court of Appeal – Second Judicial District -  Lakeland. 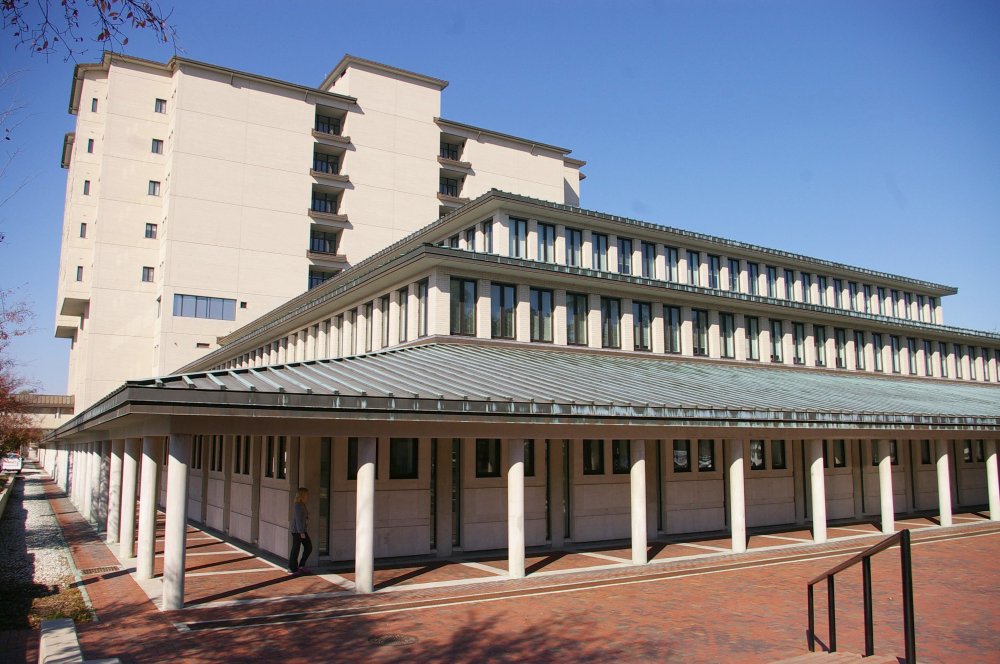 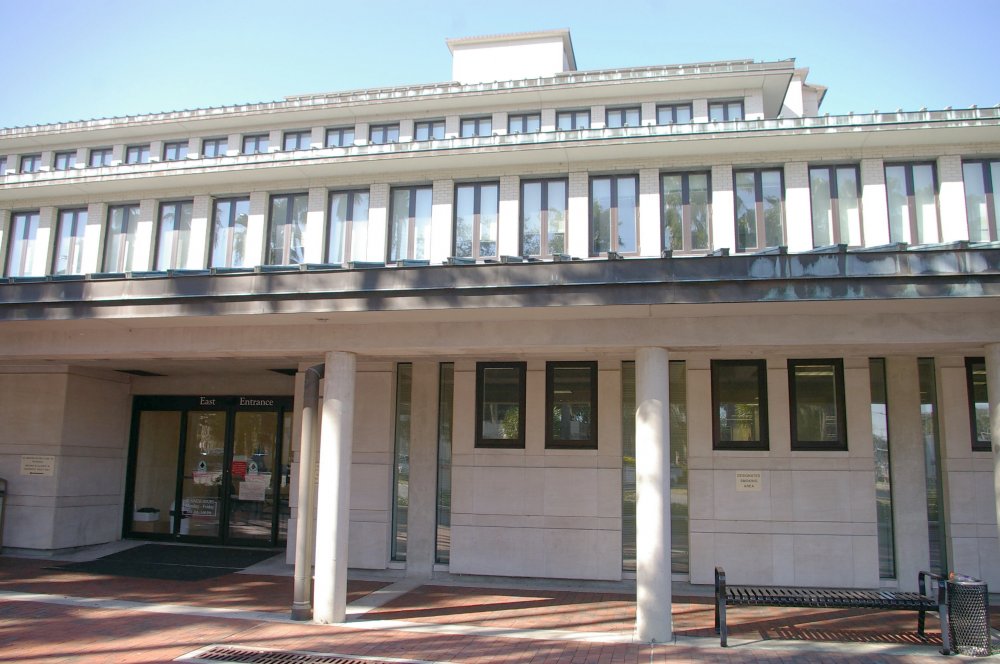 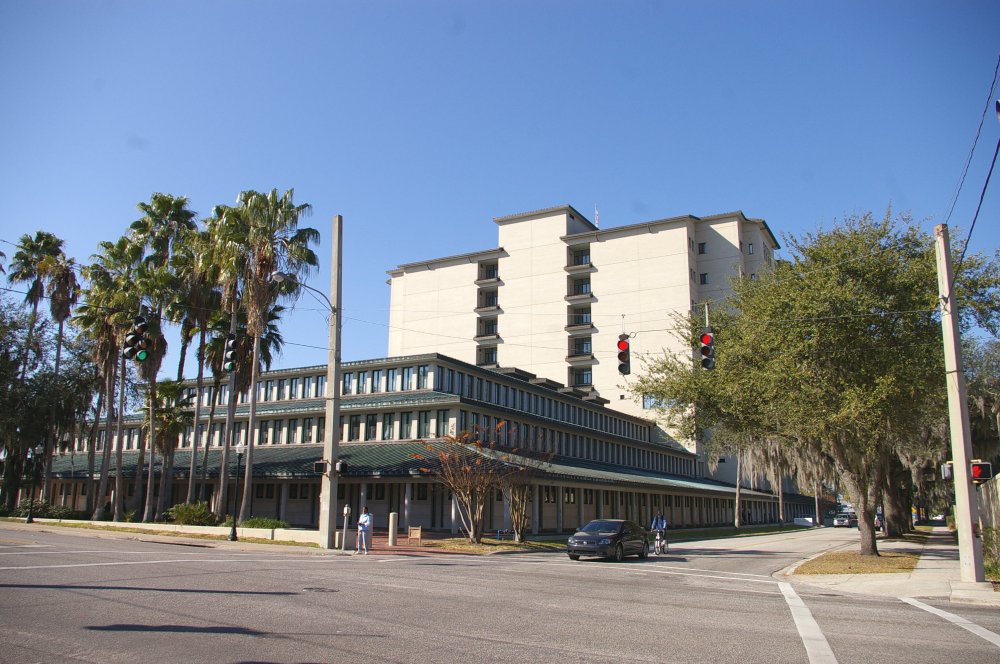 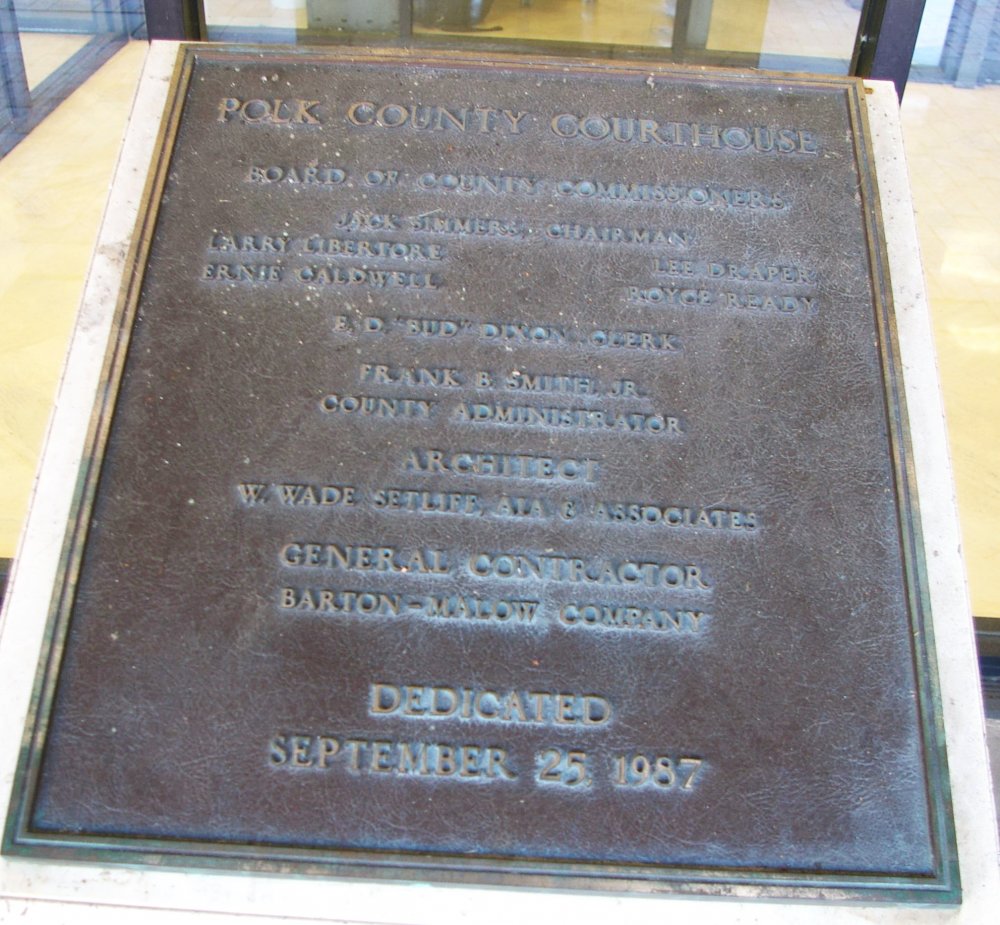 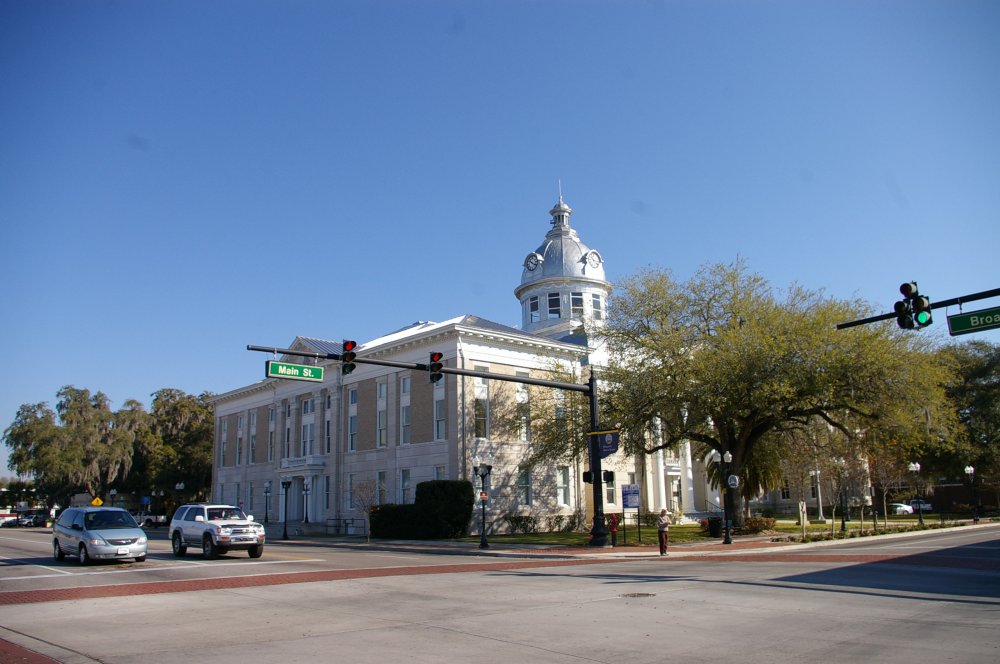 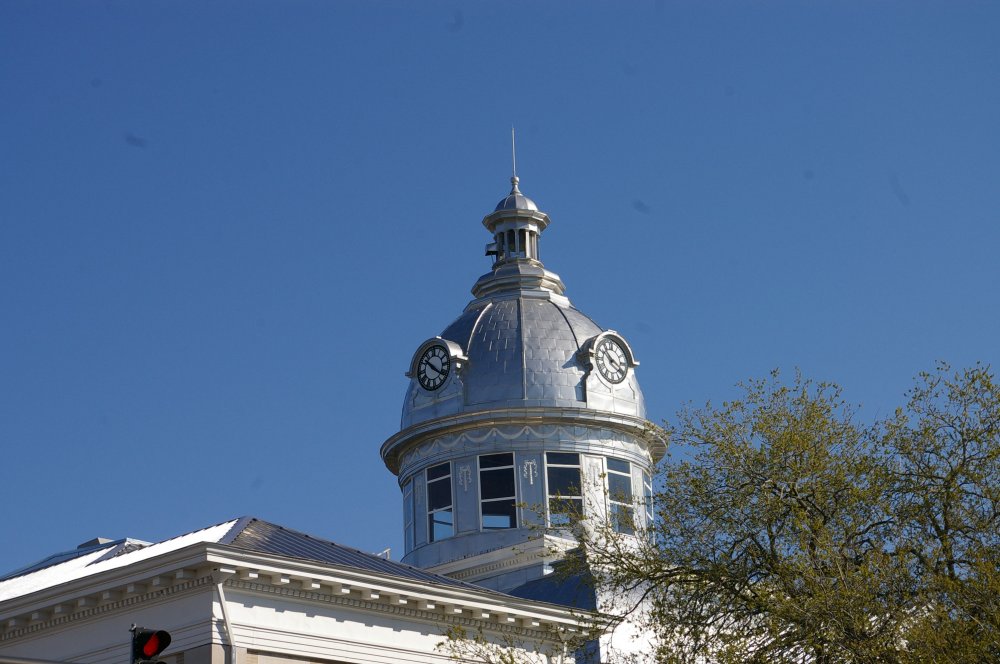 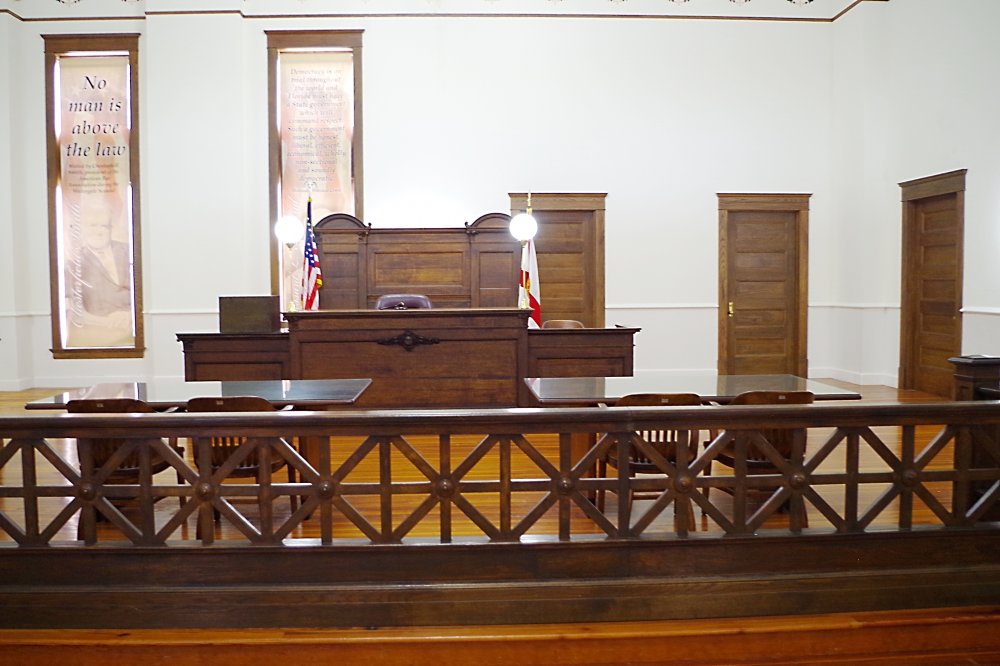