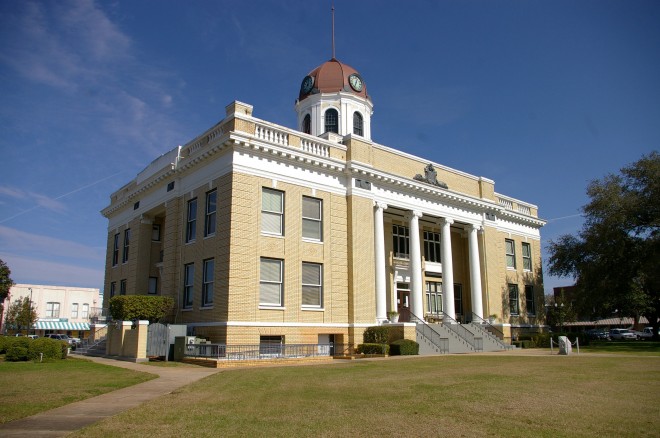 Gadsden County is named for James Gadsden, who was from South Carolina and who served as aide-de-camp to Andrew Jackson in Florida in 1818 and later made the Gadsden Purchase from Mexico. 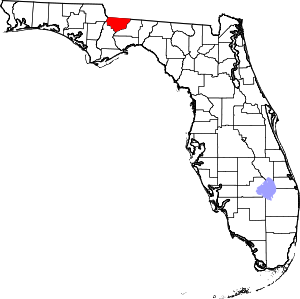 Description: The building faces south and is a two story buff colored brick and stone structure. The rectangular shaped building is located on spacious landscaped grounds in the center of Quincy. The south front has a recessed porch supported by four high white colored columns rising to a wide header. A white colored cornice runs below the roof line which has a balustrade. On the center of the roof is an octagonal cupola with red colored roof and clock. The courtroom is located at the center of the second story. The building houses the Circuit Court of the 2nd Judicial Circuit and County Court. During the construction of the building the superintendent was L W Cooper of Atlanta, Georgia. The building was renovated in 1997. The architect was Lee & Bridges Architectural Consultants Inc. and the contractor was Tupelo Construction Company Inc. 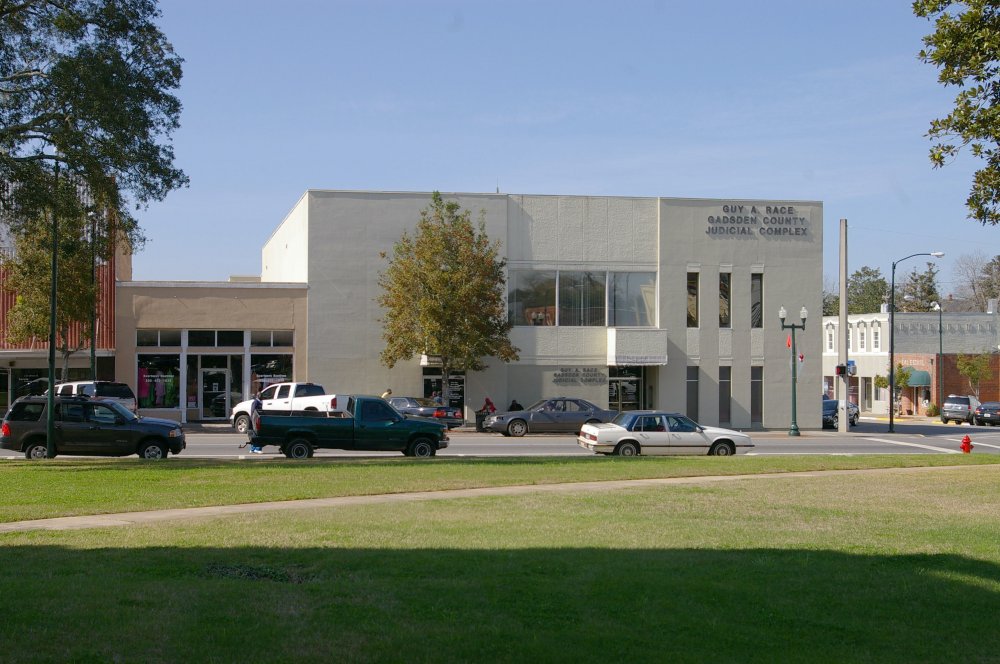 Description: The building faces east and is a two story buff colored brick and concrete structure. The building is located in the center of Quincy on the west side of the courthouse. The east front has a central entrance with large windows above on the second story. On the north side of the east front are narrow vertical windows. The roof line is flat. The building is named as the Guy A Race Gadsden County Judicial Complex. 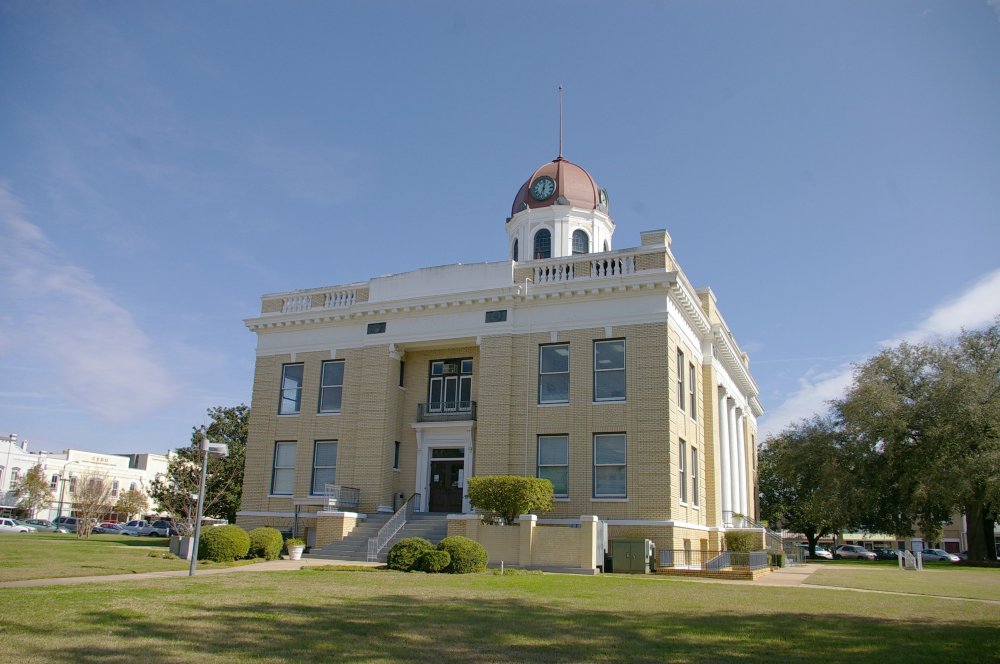 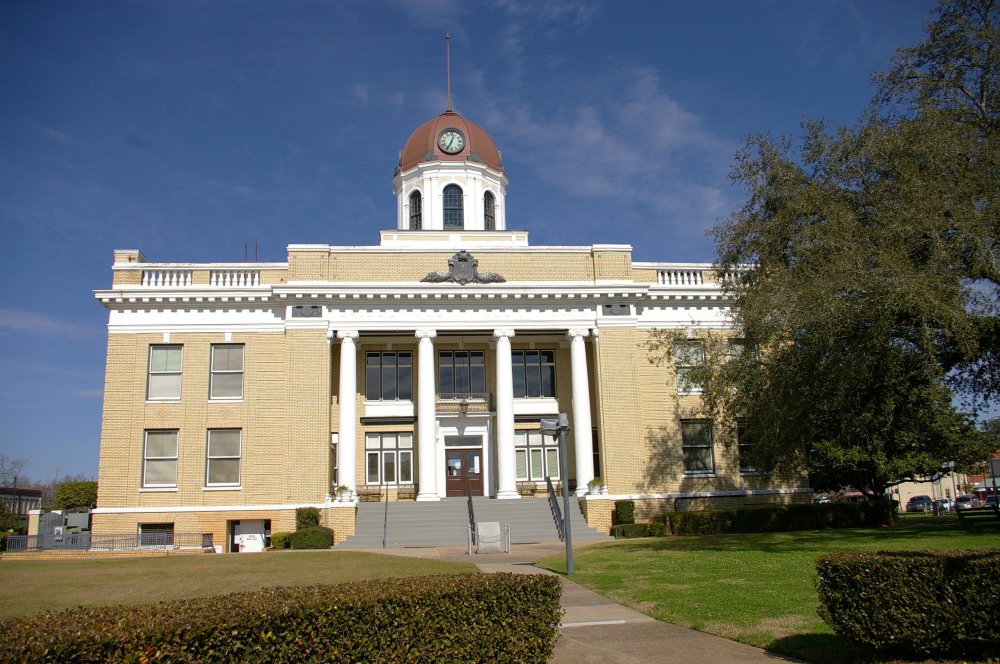 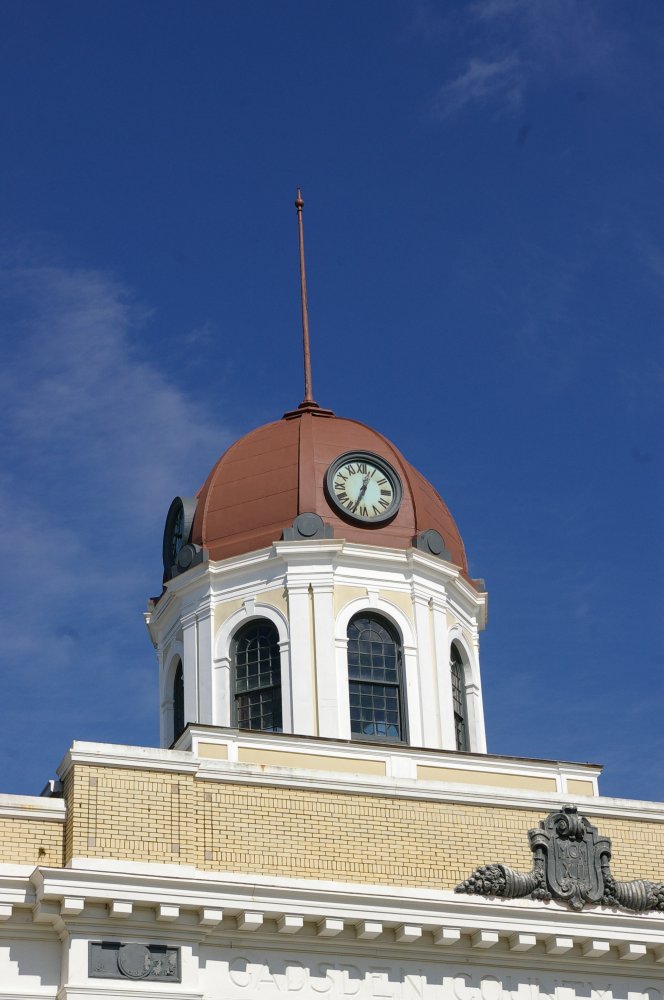 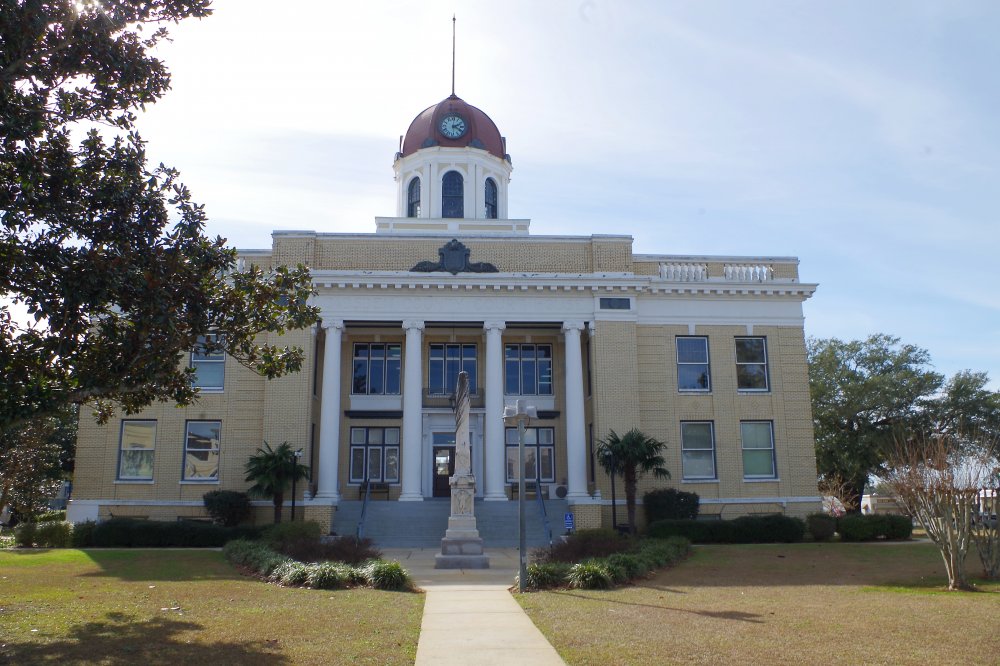 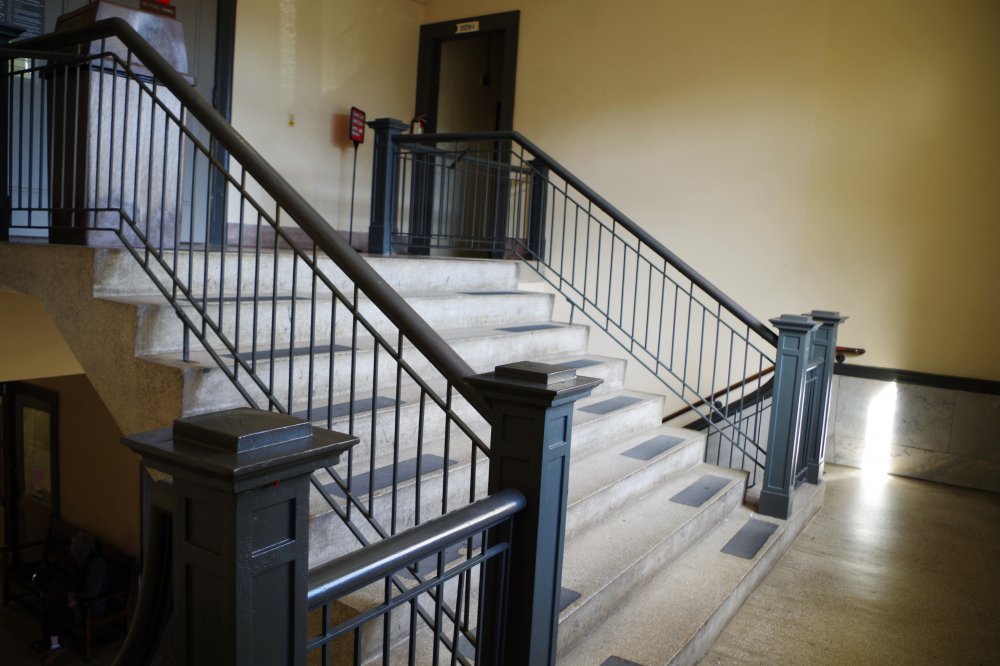 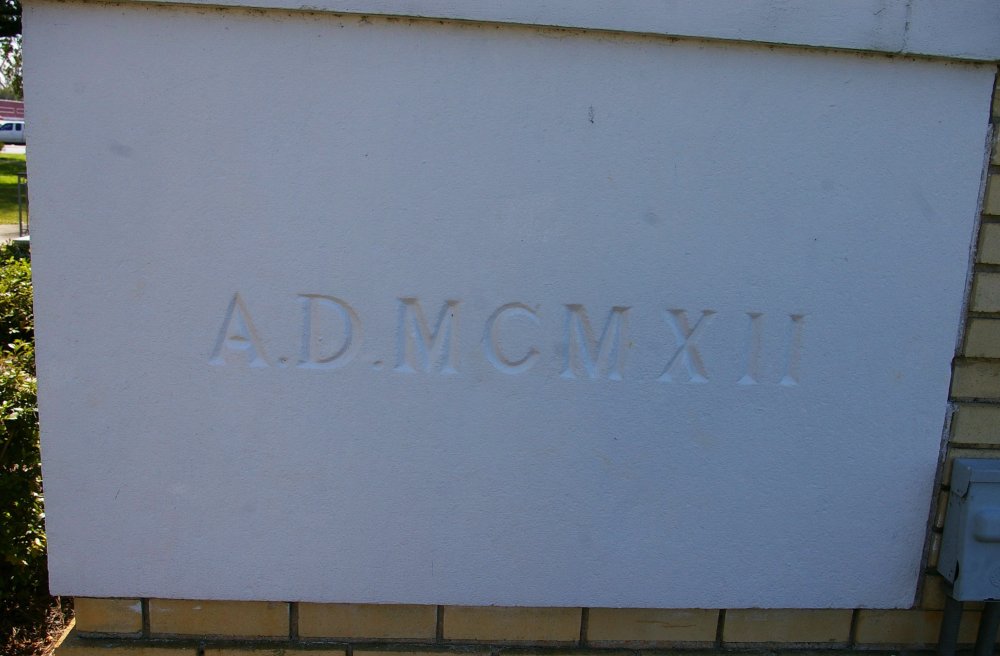 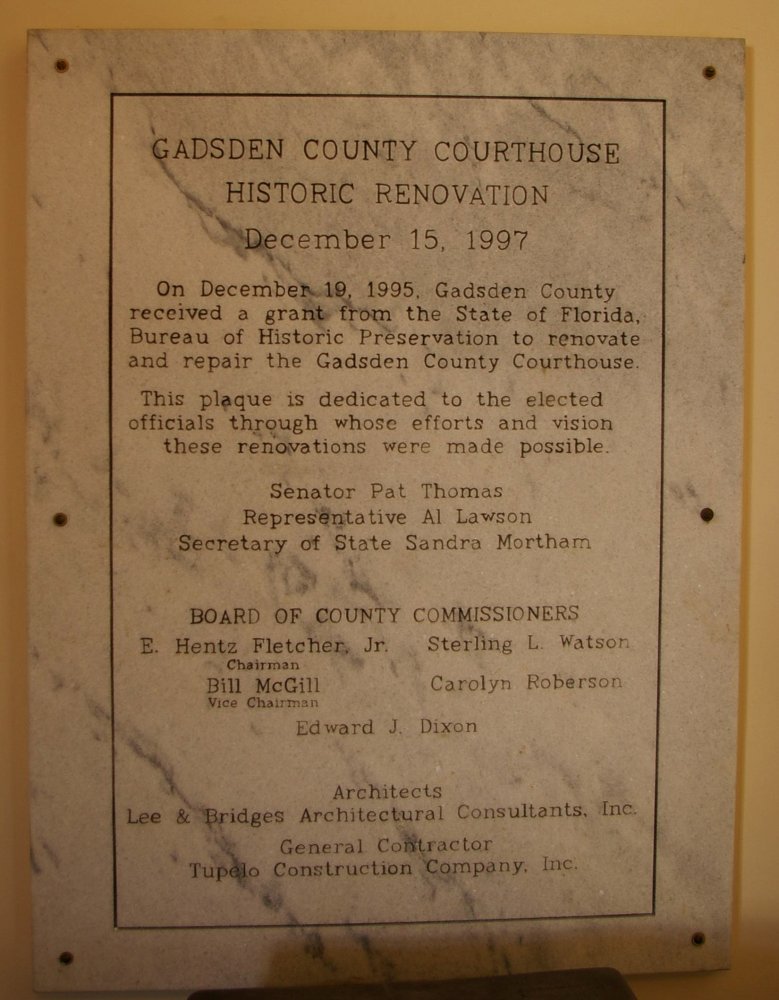 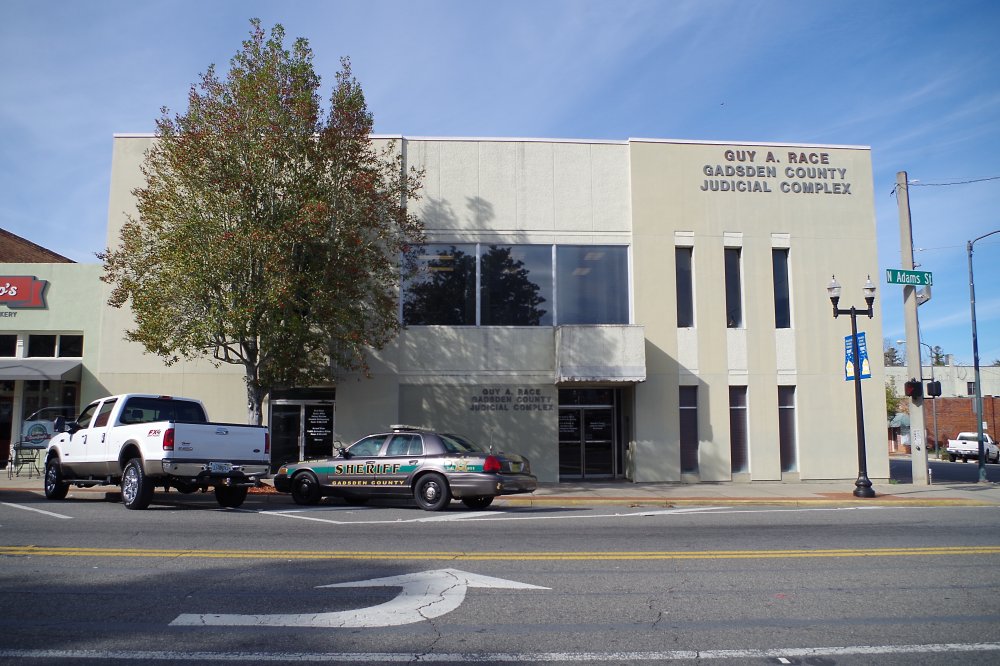