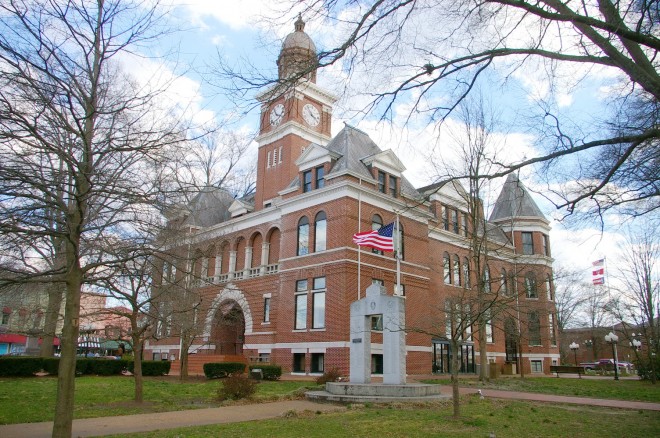 Description:  The building faces north and is a three story red colored brick and stone structure. The building is located on the landscaped grounds of the Courthouse Square in the center of Paris. The north front has a large central arch. On the northwest and northeast corners are large square towers with slopped roofs. On the southwest corner is an octagonal tower with sloped roof. On the center of the roof is a high square red colored brick clock tower with cupola at the top. In the interior are the original woodwork, balustrades and bannisters. There are three courtrooms. The main courtroom is located on the second story and there are two staircases in the north corners of the building which ascend to the third story gallery overlooking the courtroom. The building houses the County Circuit Court, County Chancery Court, County General Sessions Court and County Juvenile Court of the 24th Judicial District.

See:  Ruben Harrison Hunt of Chattanooga, Tennessee, the architect, also designed courthouses in Alabama in Talladega County, in Georgia in Elbert County. in Mississippi in Chickasaw County, Lawrence County and Leflore County and in Tennessee in Hamilton County, Polk County and Warren County. 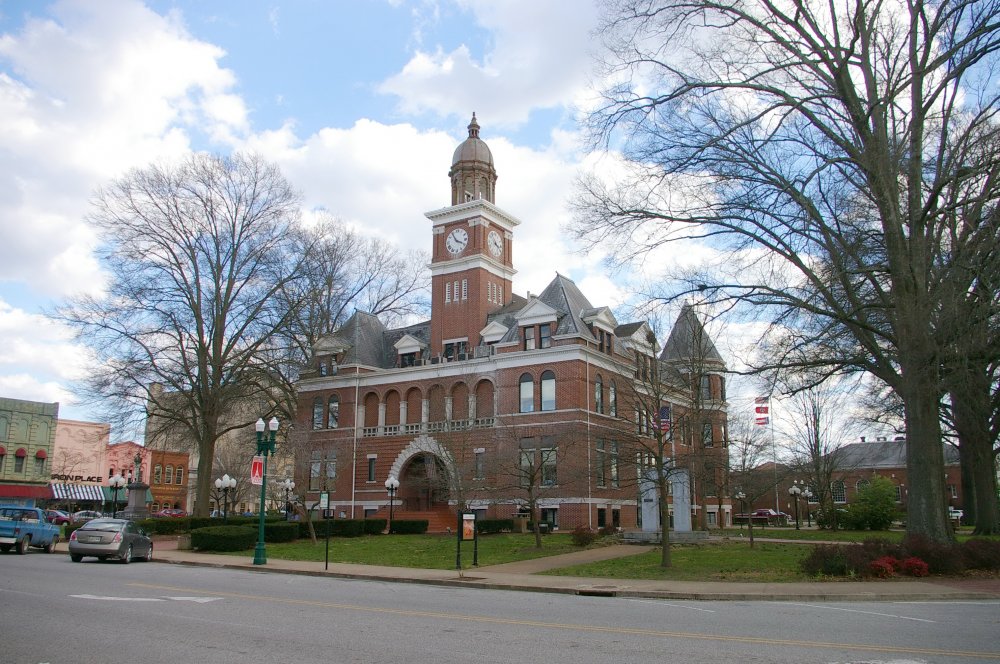 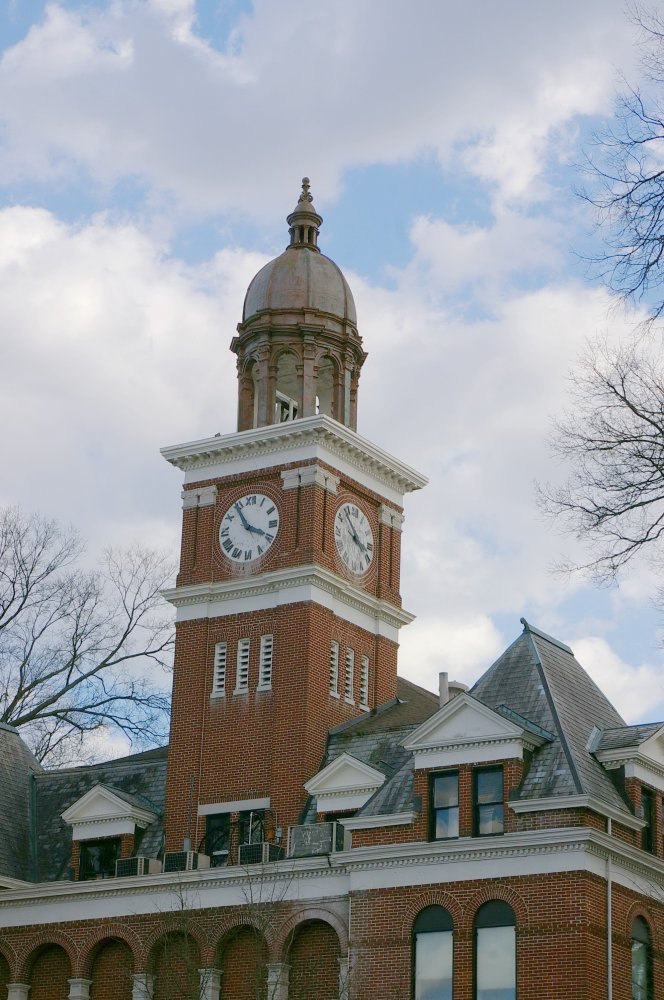 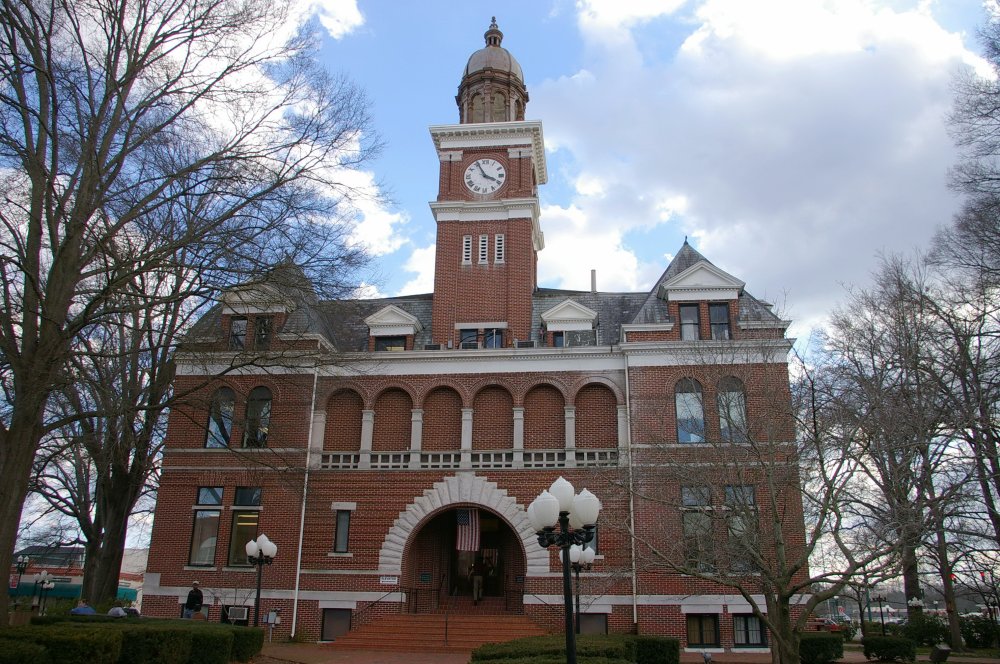 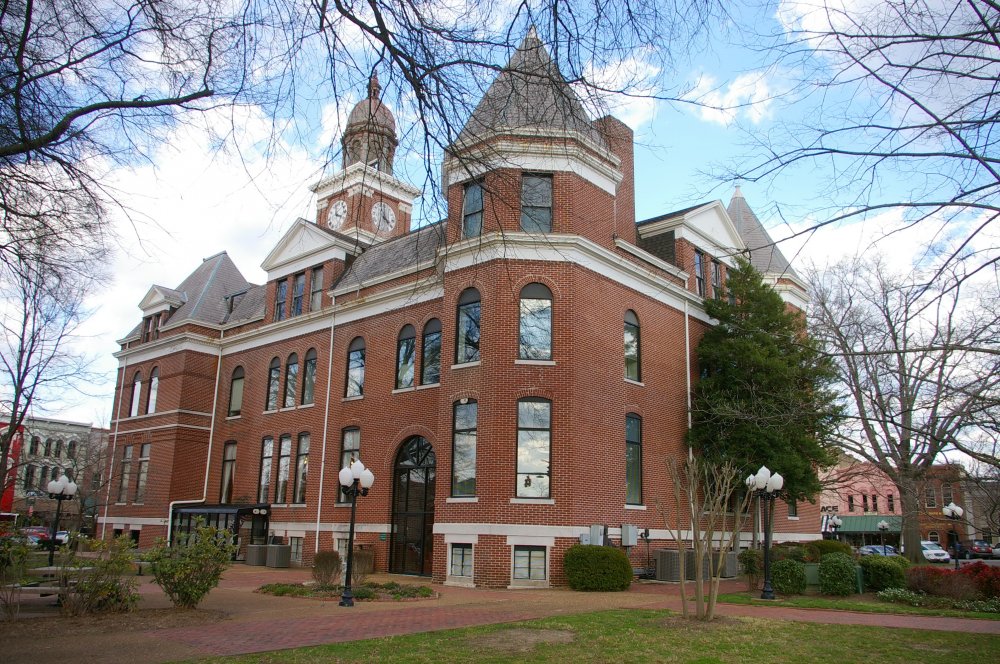 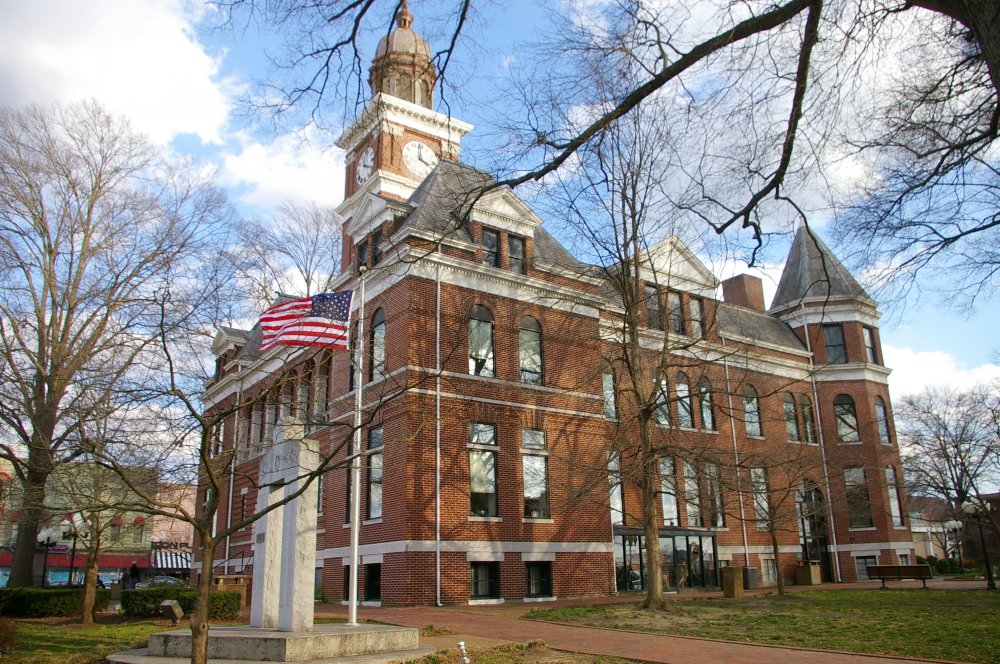 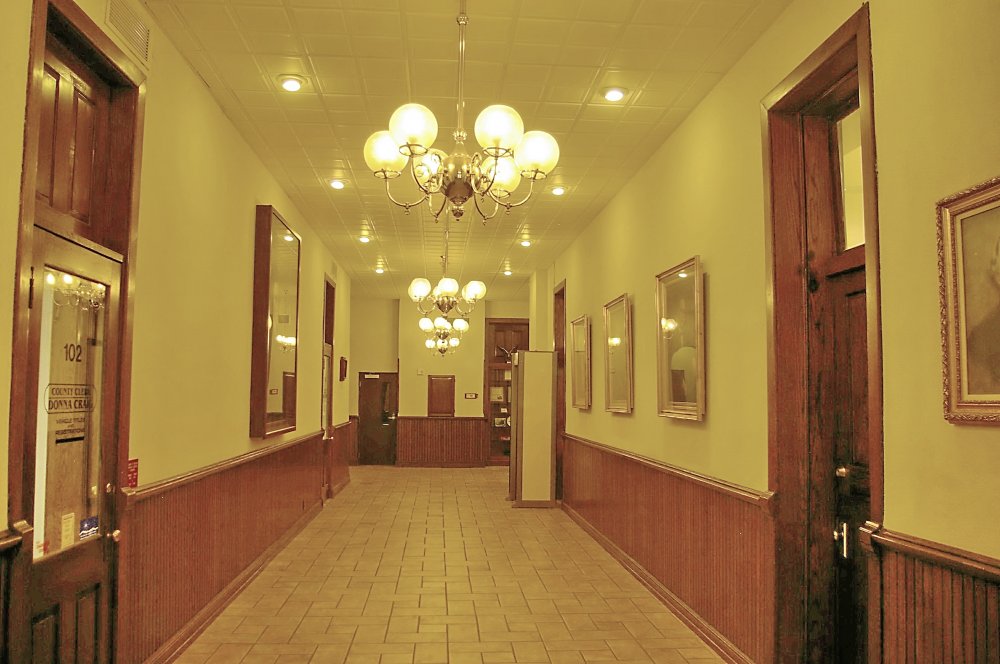 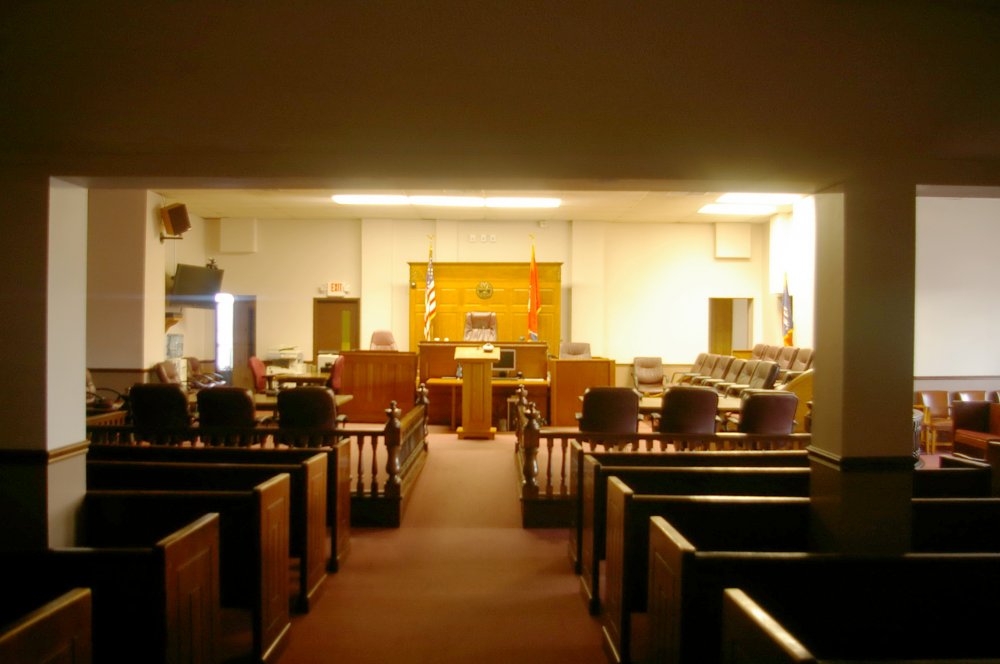 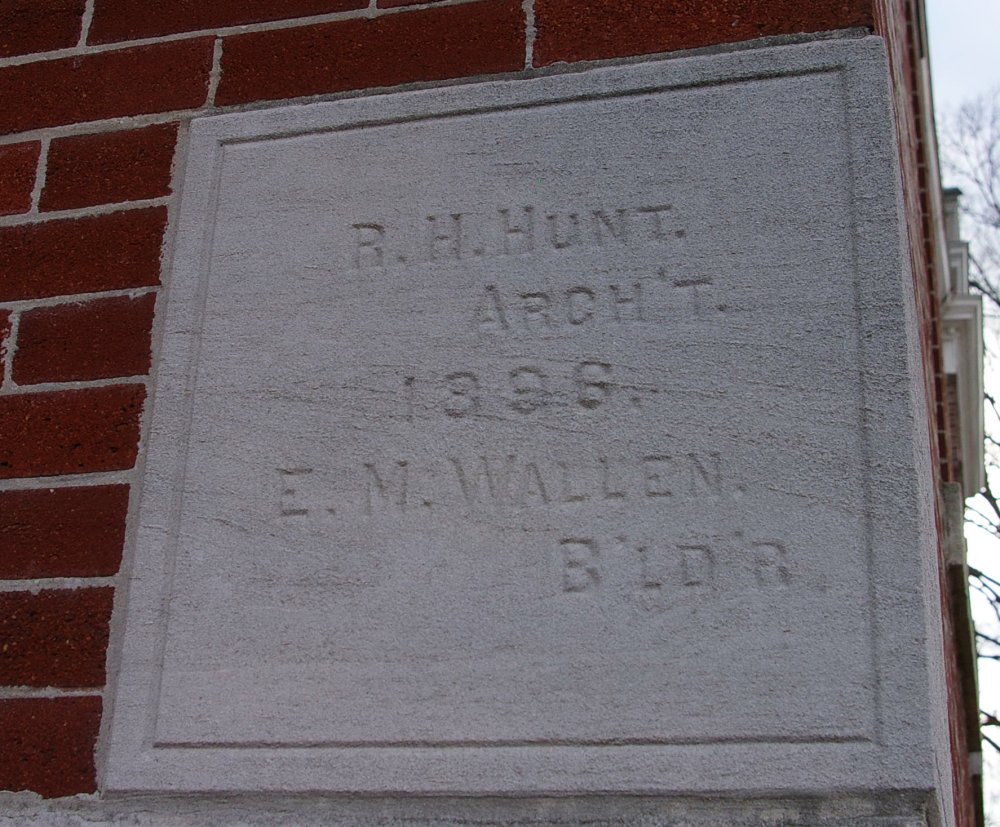 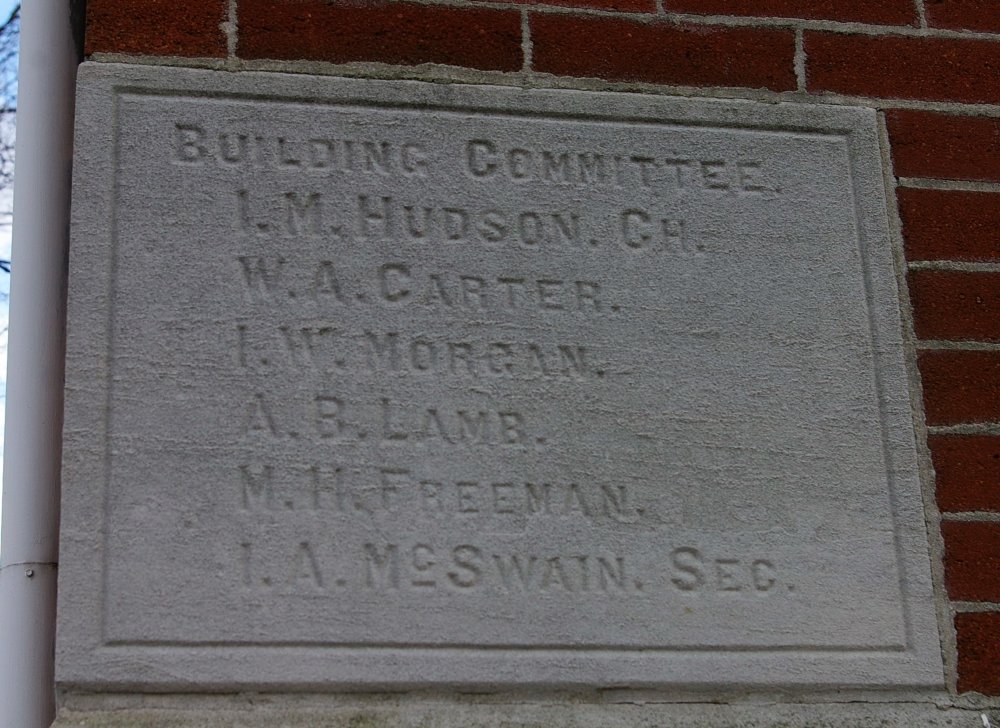