Carroll County is named for William Carroll, who was a Governor of Tennessee and who lived from 1781 to 1841.

Description:  The building faces southwest and is a three story gray colored stone and concrete structure. The rectangular shaped building is located on the landscaped grounds of the Courthouse Square in the center of Huntingdon. The southwest and northeast sides have large porticoes supported by four large columns rising to a pediment. The northwest and southeast sides have two columns rising to a pediment at the roof line. The center section of the building rises higher than the east and west wings. In the interior, the first story has cross hallways which intersect at a central octagonal shaped lobby. The courtroom is located at the northeast side. The building houses the County Circuit Court, County Chancery Court, County General Sessions Court and County Juvenile Court of the 24th Judicial District. The building was renovated in 1981. The architect was Architectural Resources Group and the contractor was Barger Construction Company. The building was further renovated in 2005. The architect was TML Associates, Inc. and the contractor was Lashlee-Rich, Inc. 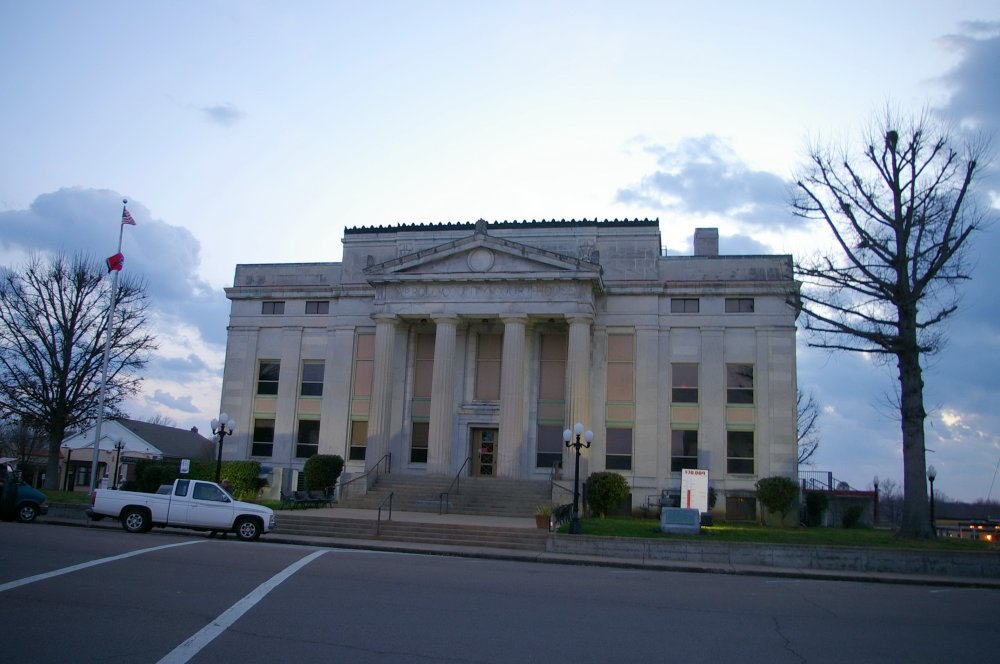 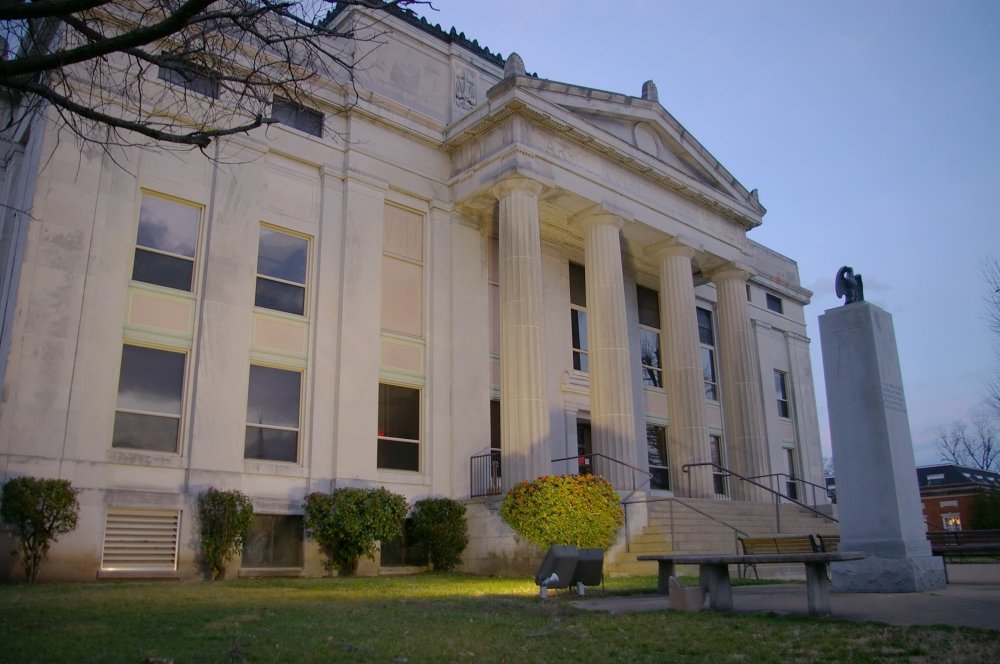 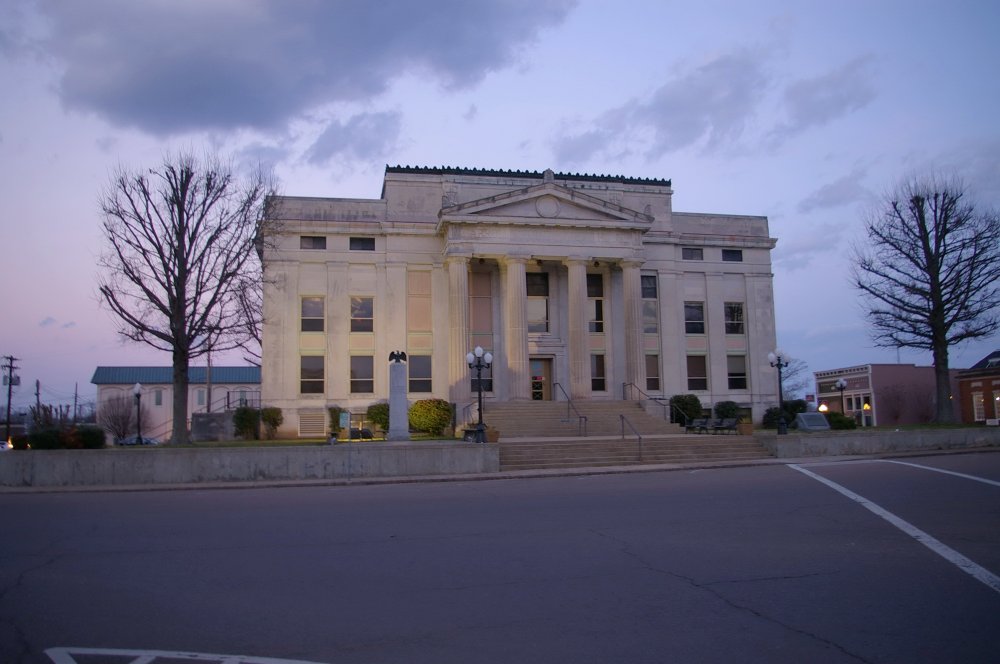 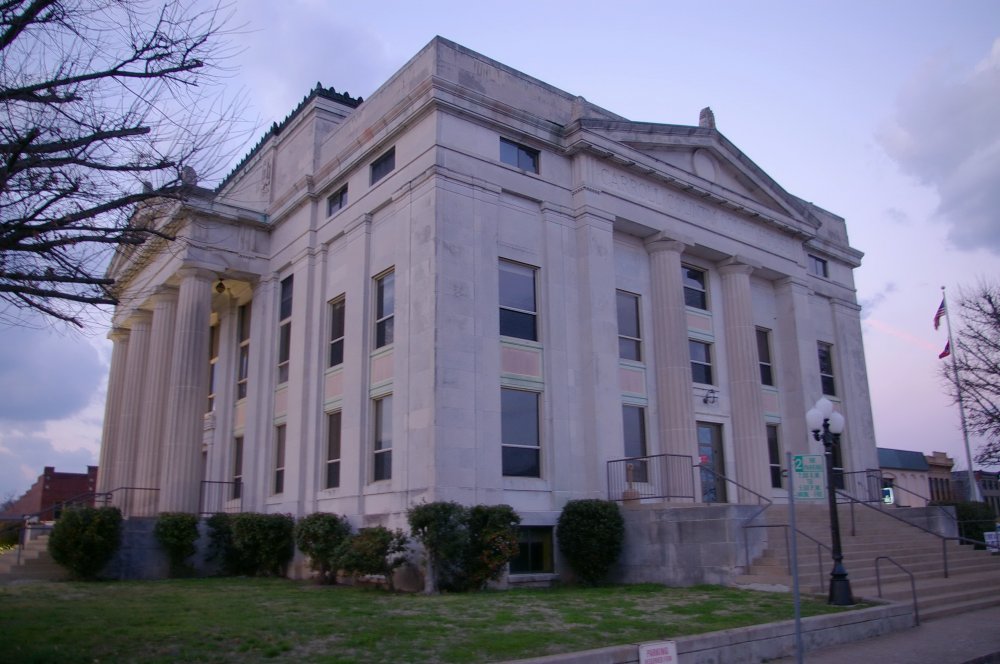 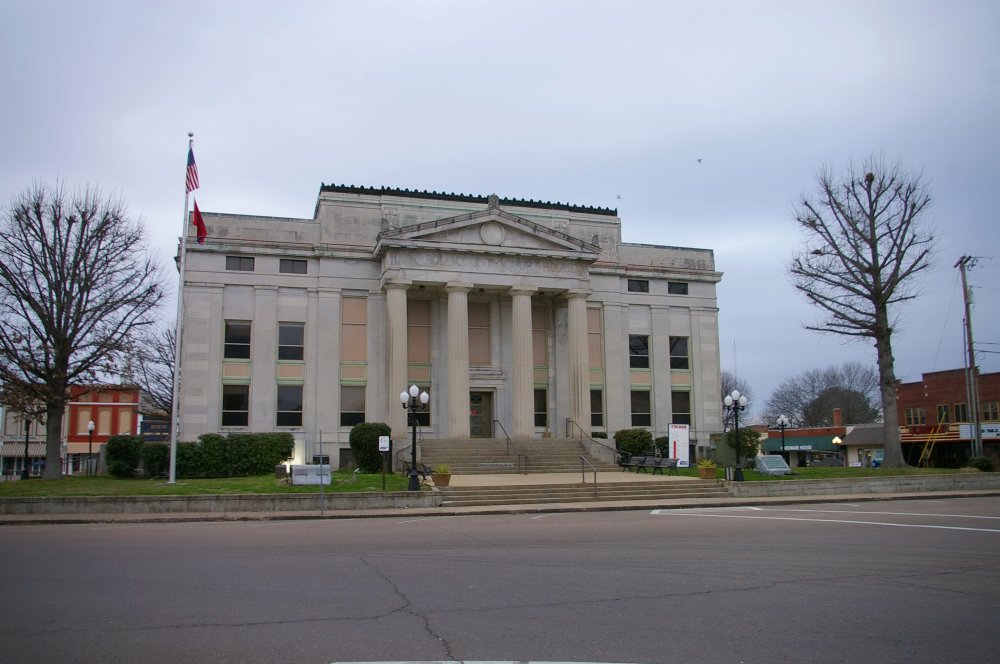 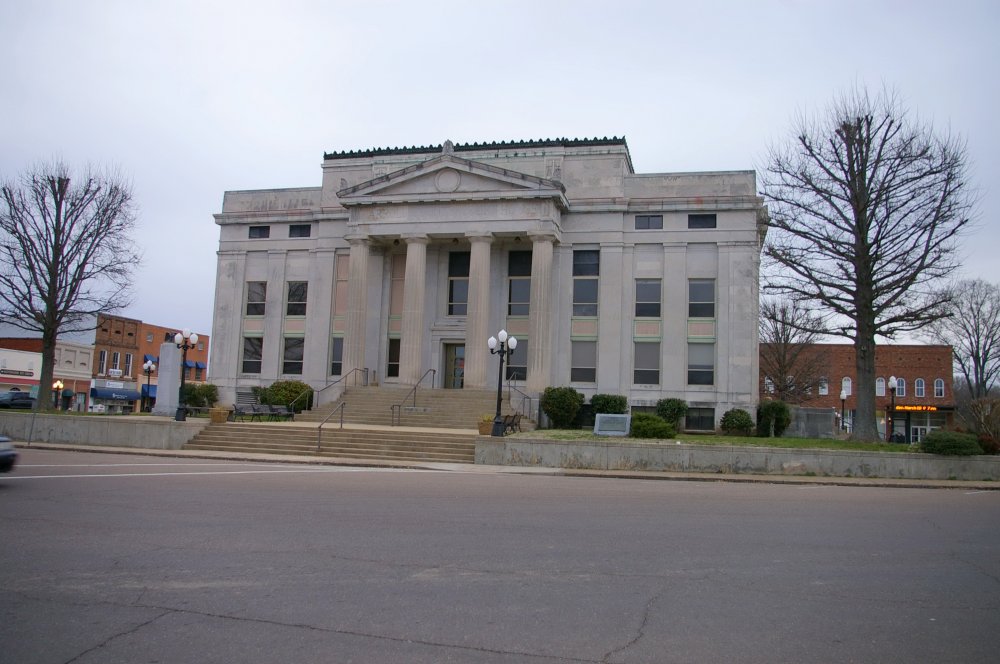 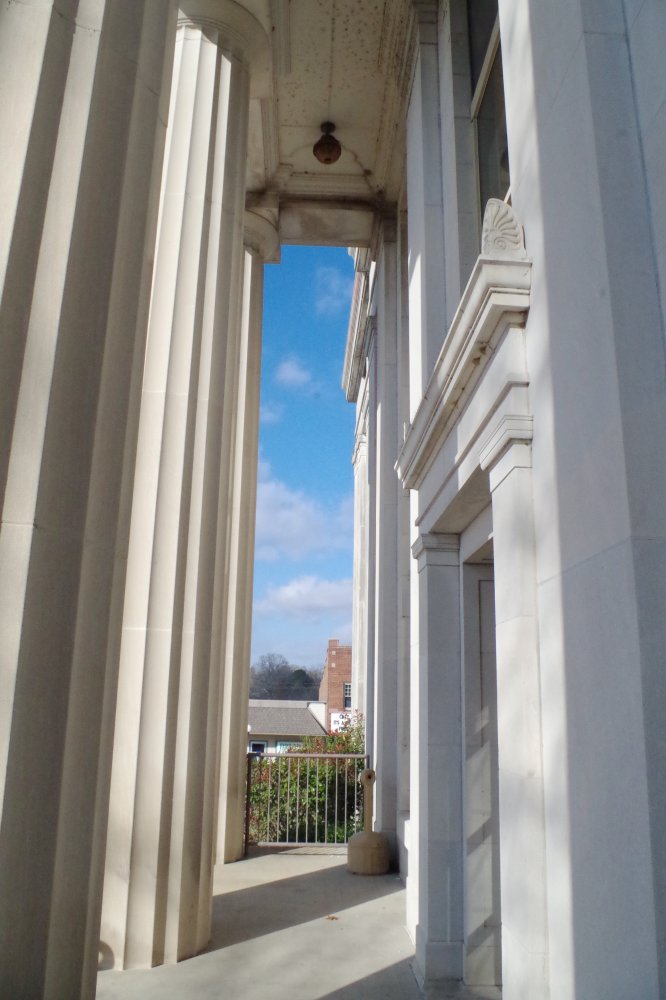 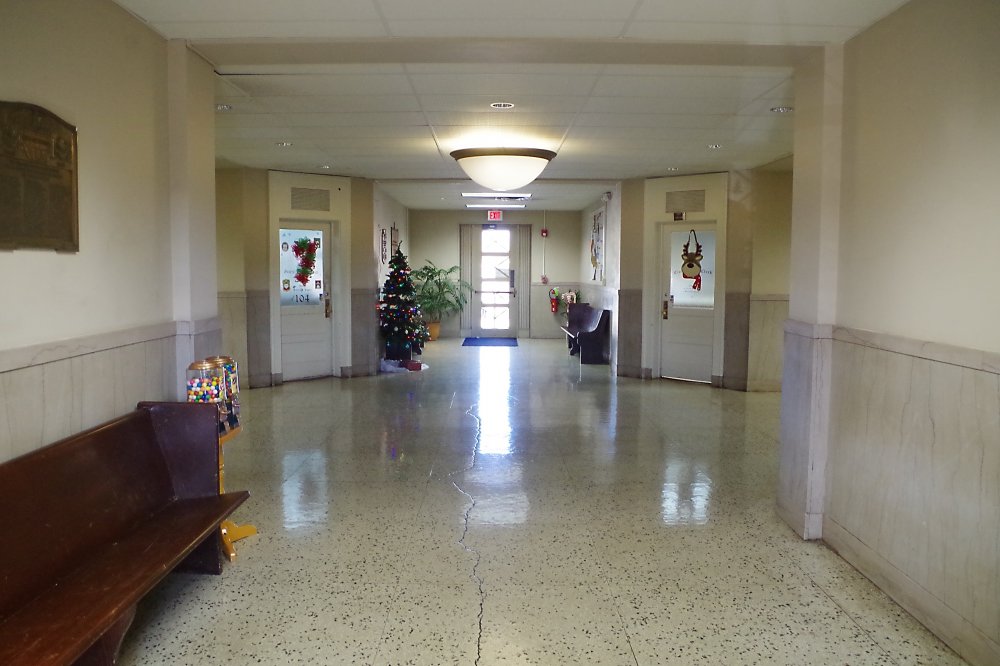 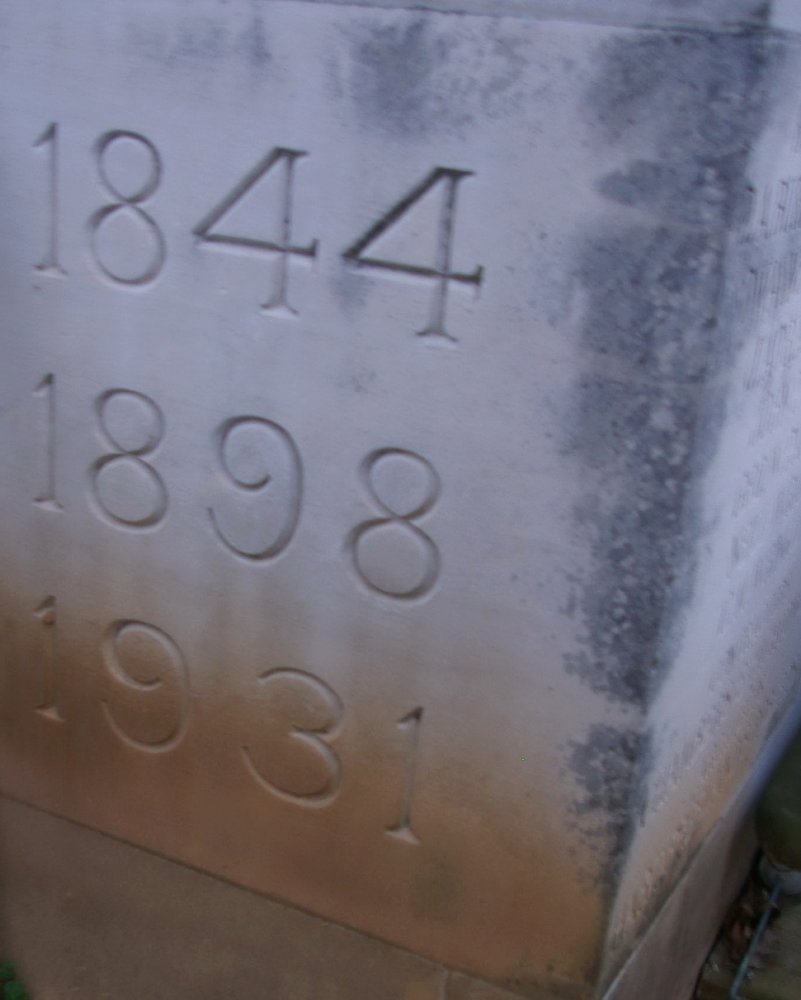 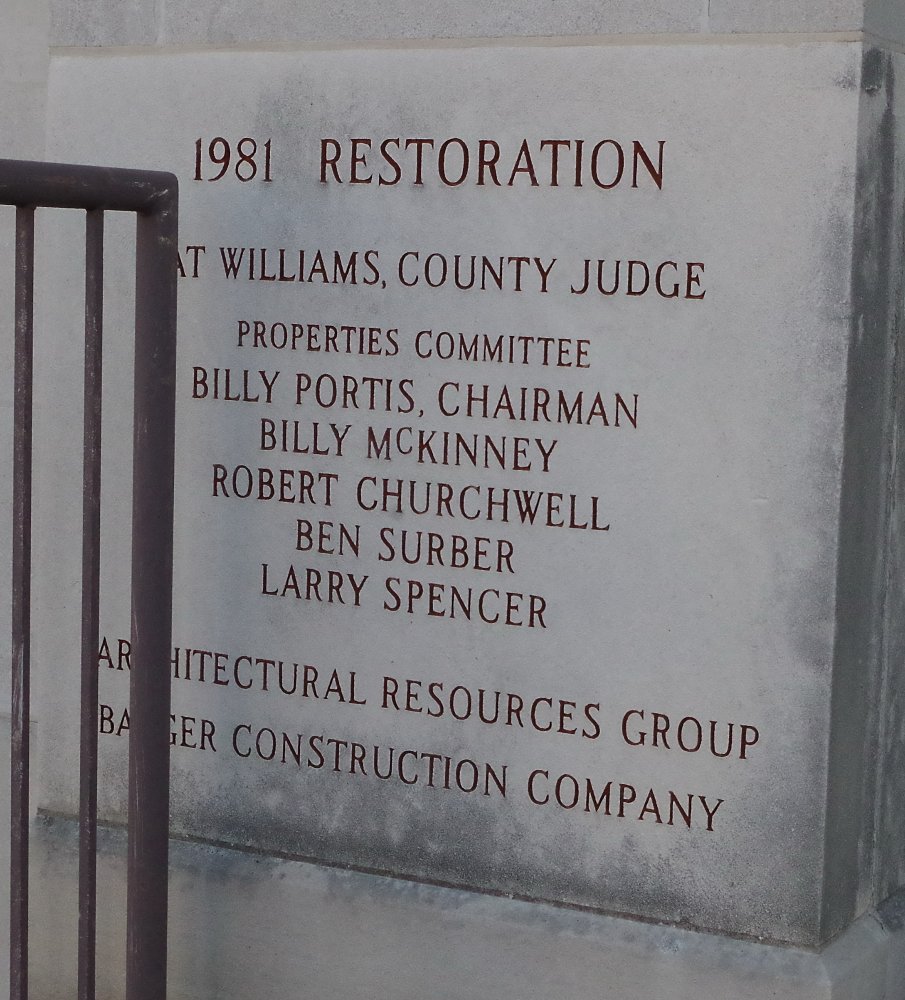