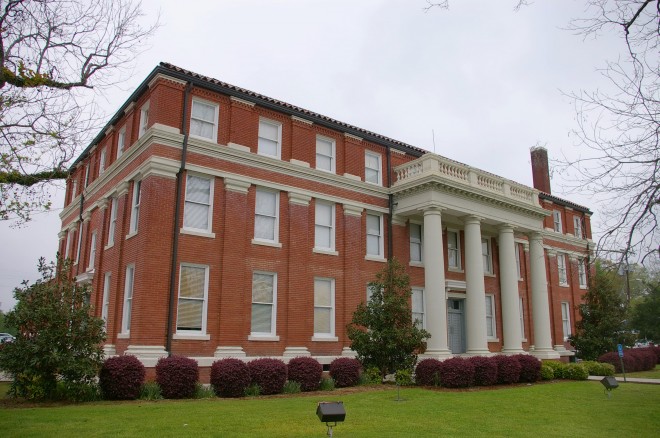 Lawrence County is named for James Lawrence, who an American Naval officer during the War of 1812 and who said “Don’t give up the ship!”

Description:  The building faces south and is a three story red colored brick and concrete structure. The rectangular shaped building is located on landscaped grounds in the center of Monticello. The south front has a large porch with four large columns rising to a balcony on the third story. A wide cornice runs between the second and third stories. The roof line is flat. In the interior, the first story has a cross hall plan.  At both ends of the long hallway are the stairways with marble treads, metal side railings and wooden hand rails.  The courtroom is located at the center of the second story. The building houses the County Circuit Court of the 15th Judicial District, County Chancery Court and County Youth Court. The building was remodeled in 1924. The architect was Eugene McCormick. The building was renovated in 1969. The architect was Norwood and Kenney and the contractor was Polk Construction Company and an addition was built on the north side.

See:  Ruben Harrison Hunt of Chattanooga, Tennessee, the architect, also designed courthouses in Alabama in Talladega County, in Georgia in Elbert County. in Mississippi in Chickasaw County and Leflore County and in Tennessee in Hamilton County, Henry County, Polk County and Warren County. 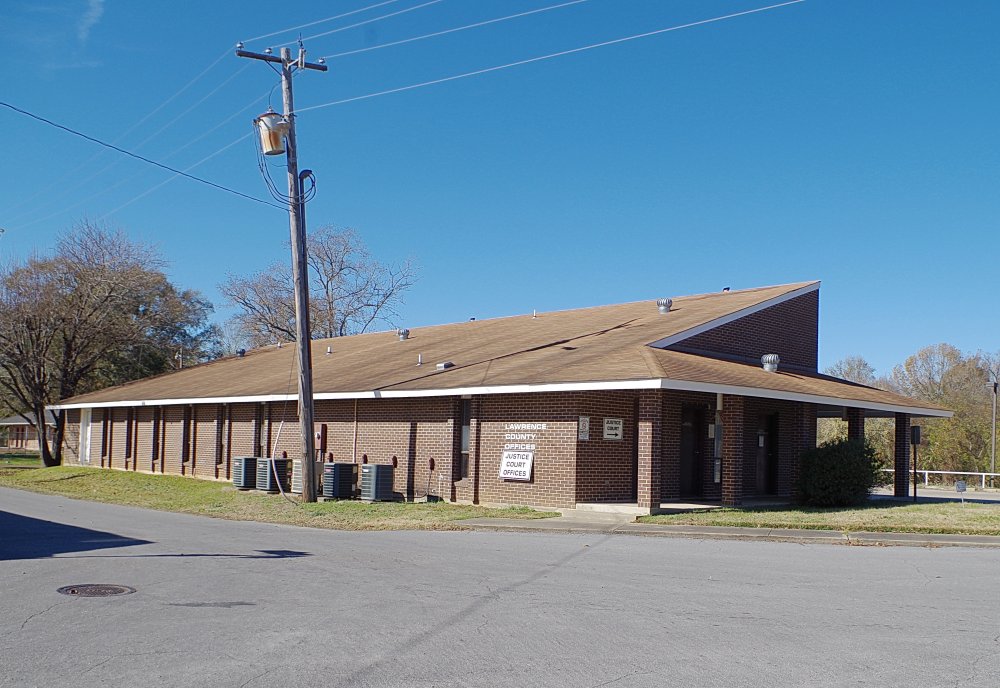 Description:  The building faces east and is a  one story red colored brick and concrete structure. The building is located on landscaped grounds in the center of Monticello on the northwest side of the courthouse. The east and north sides have long porches. The roof is hipped. The building houses the Justice Court. 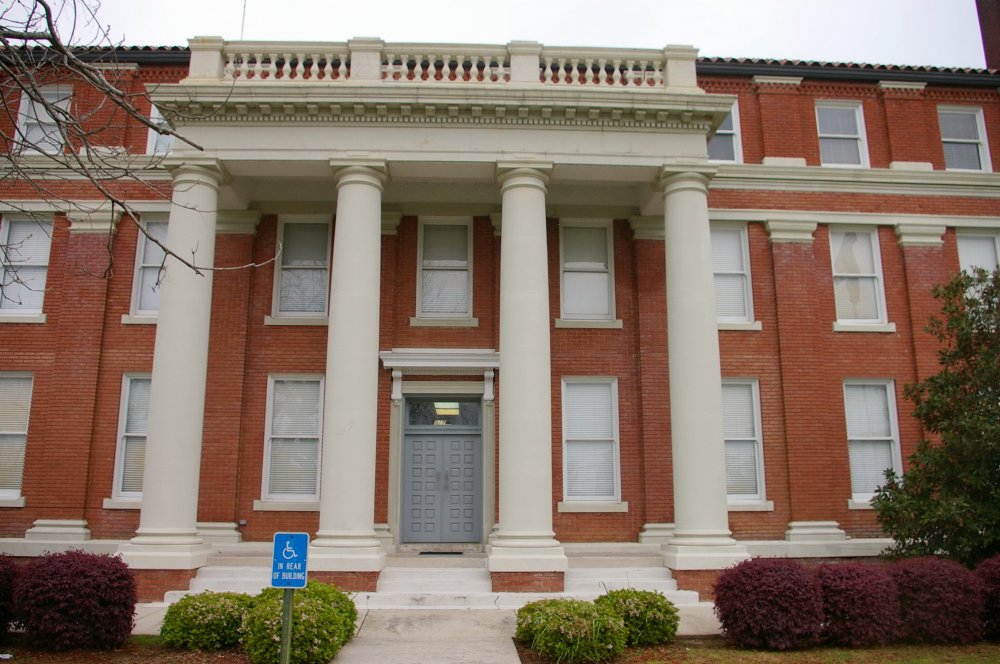 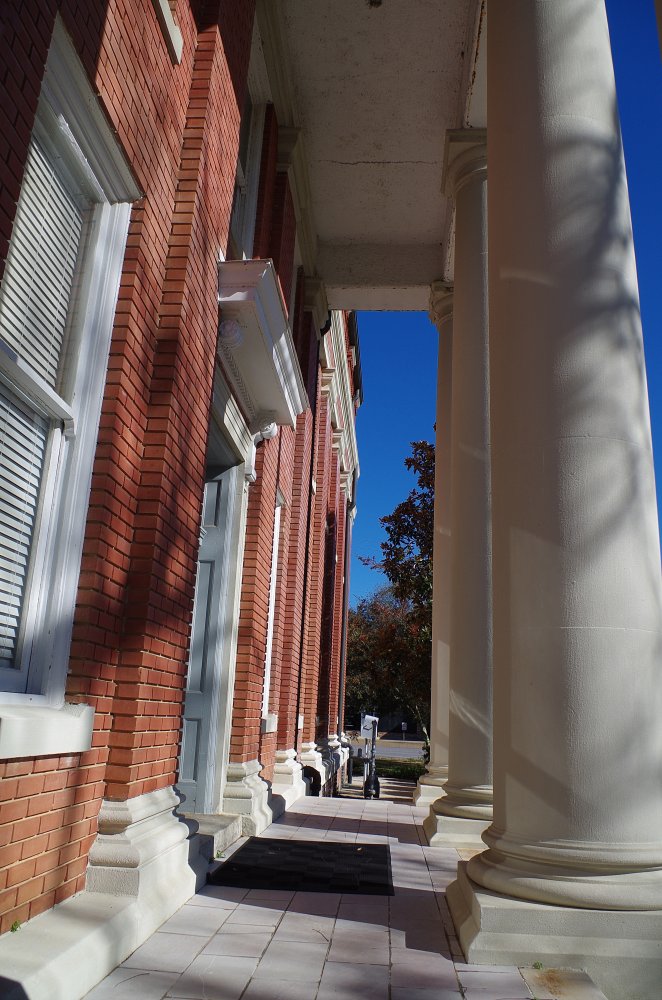 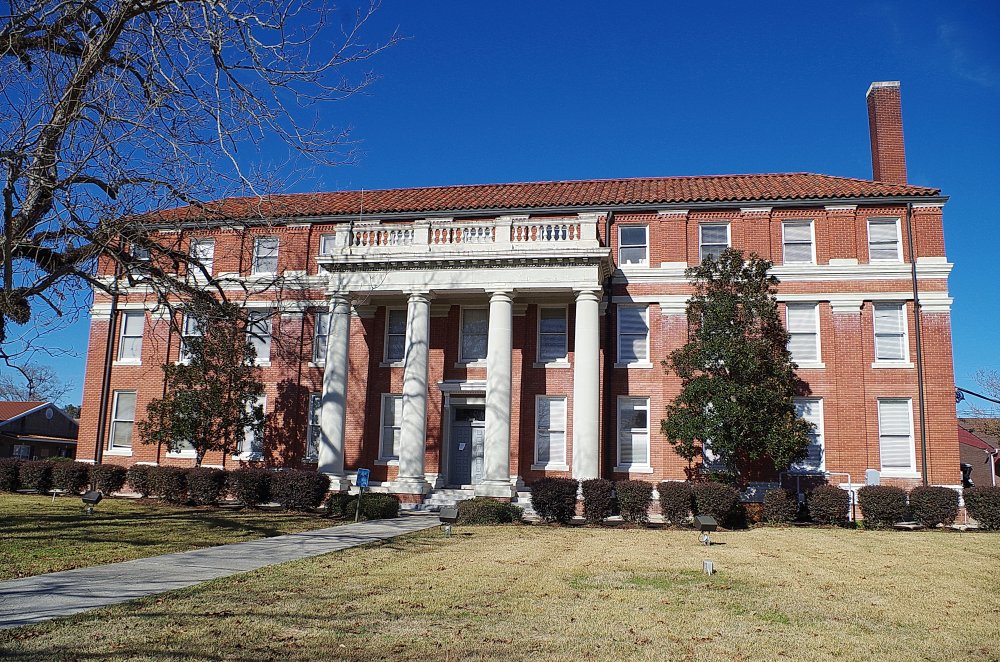 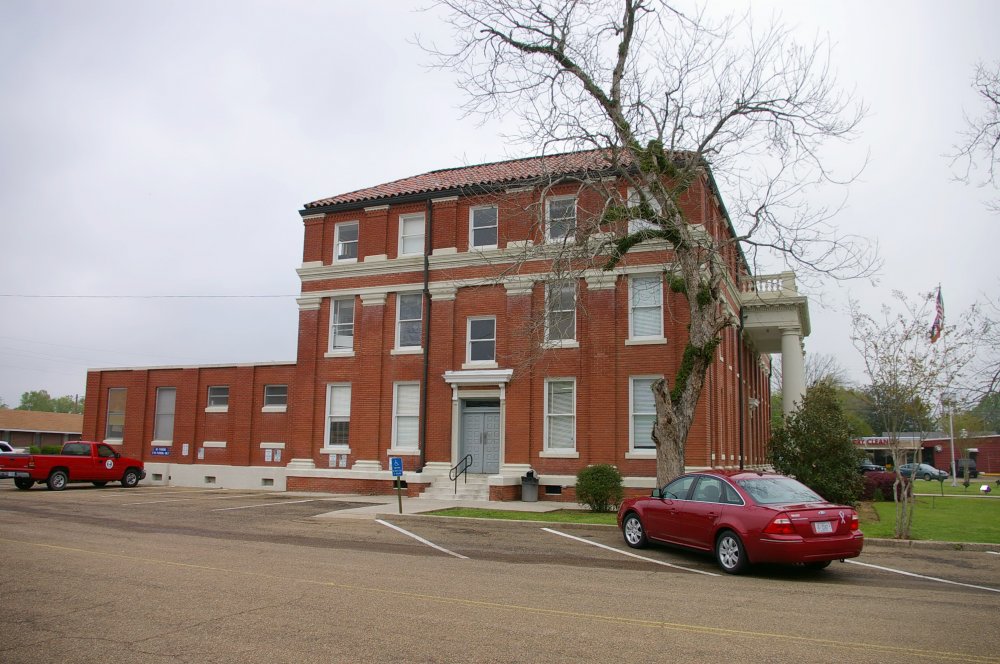 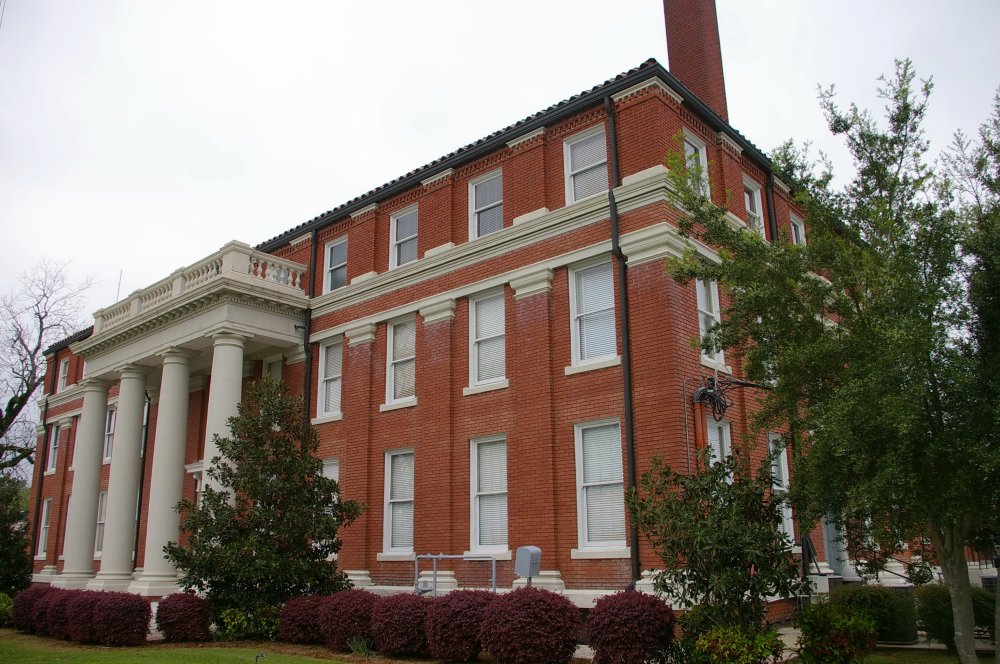 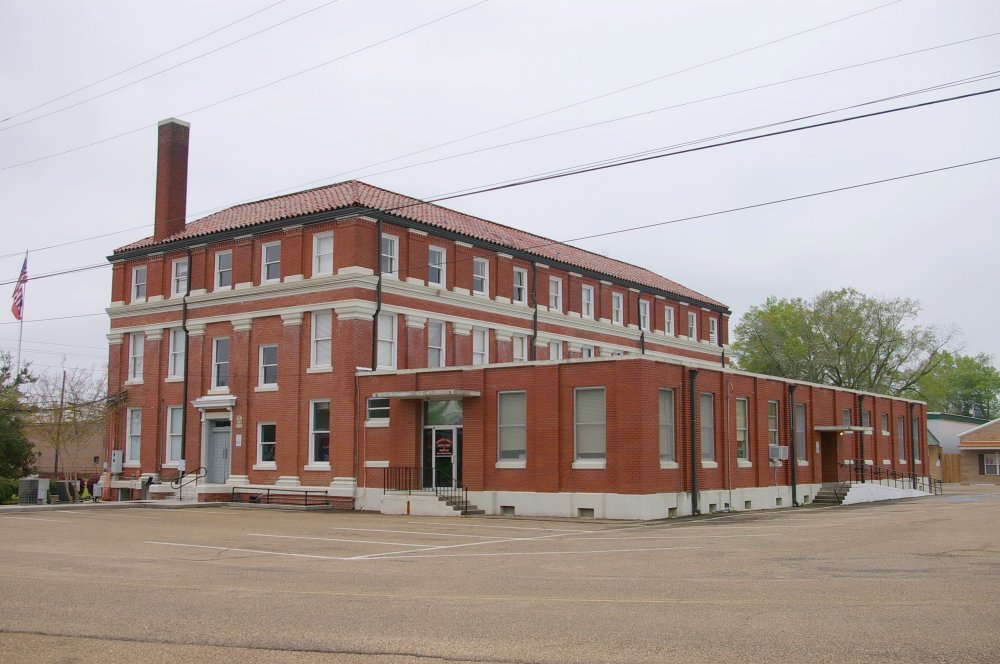 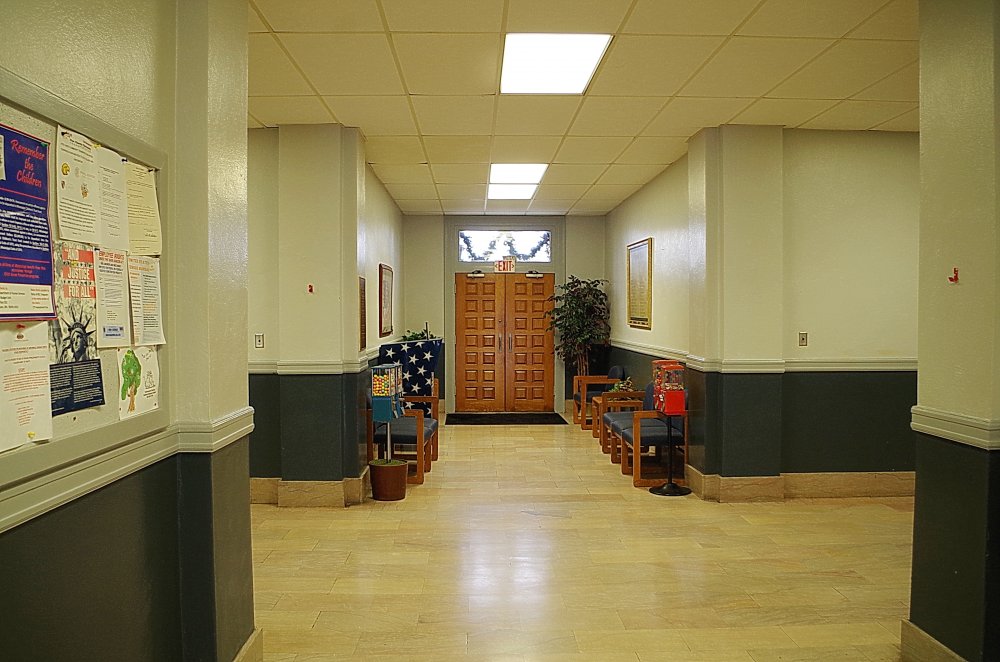 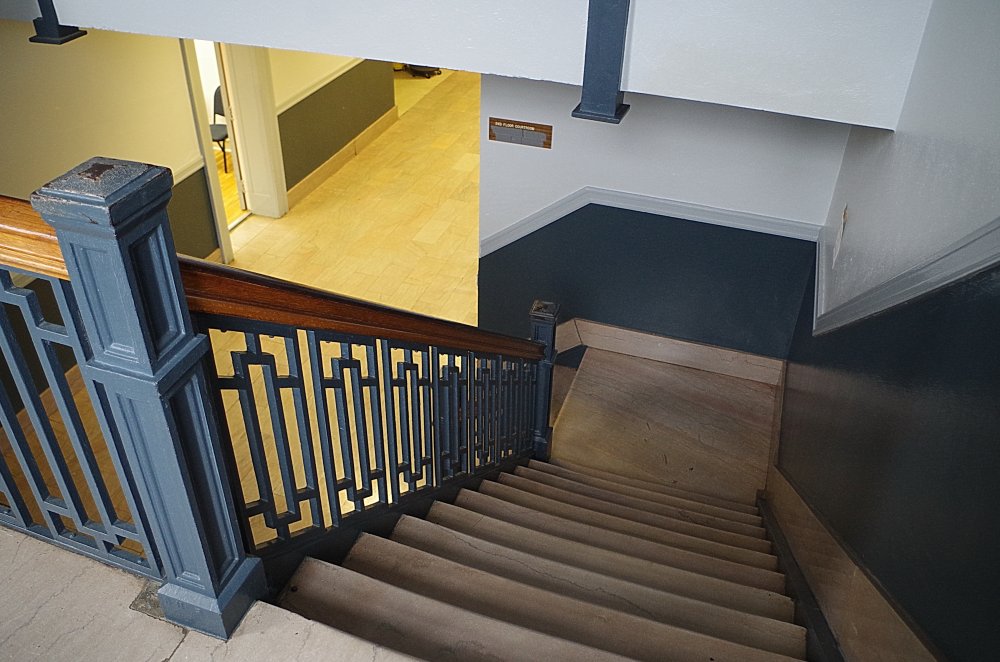 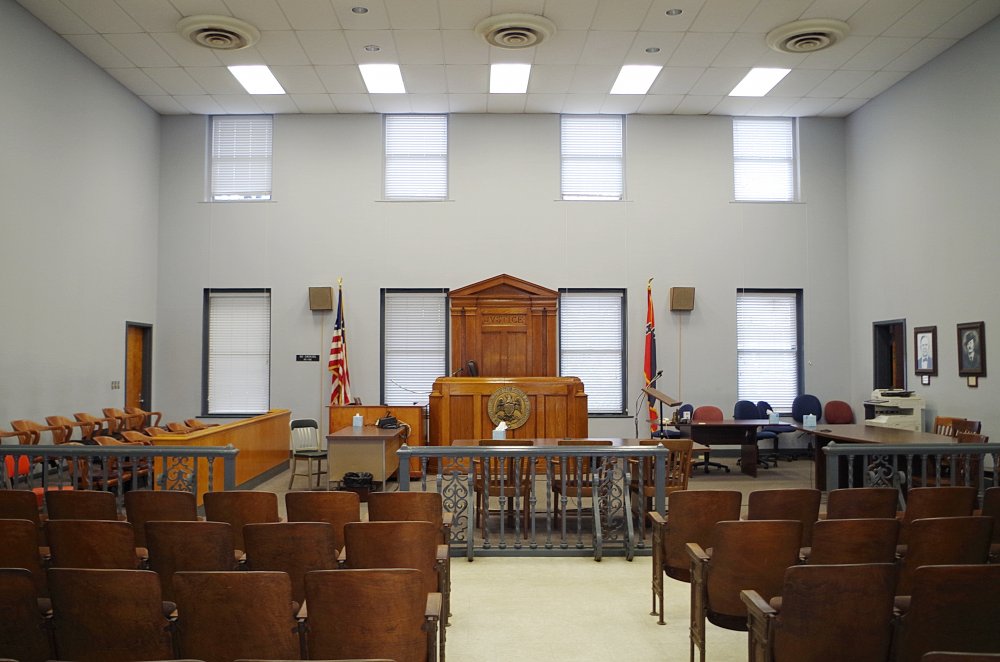 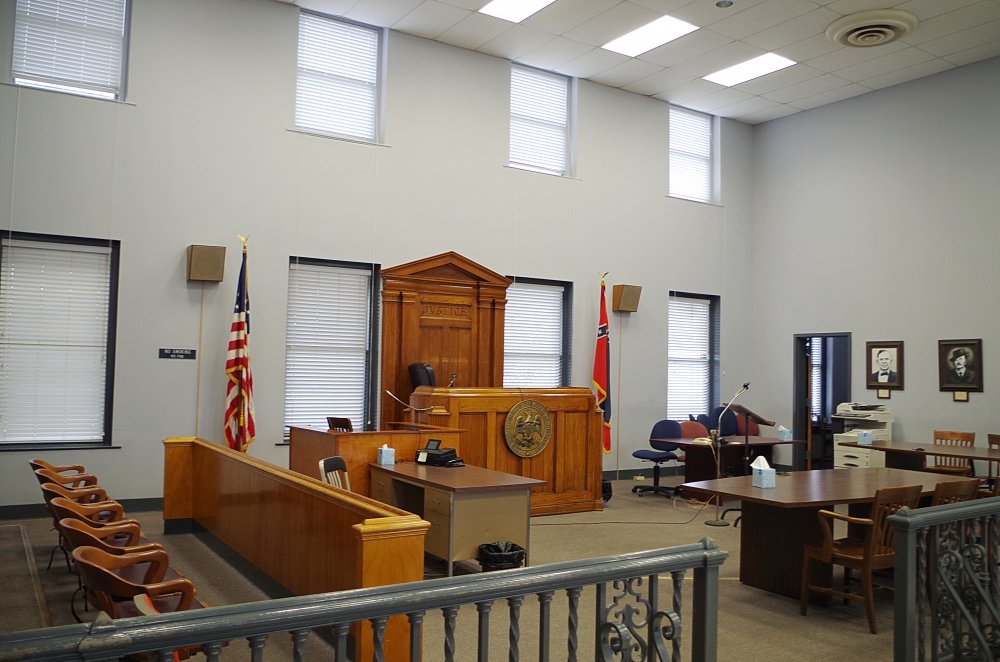 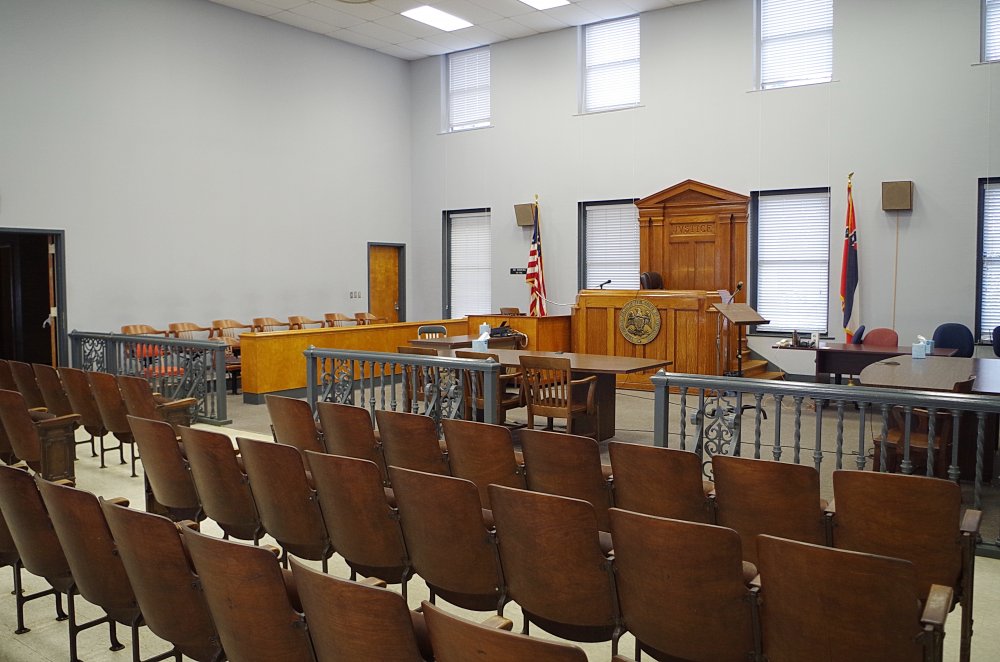