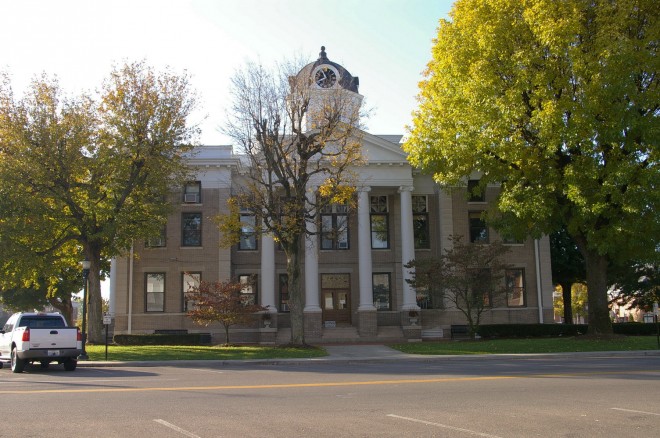 Calloway County is named for Richard Callaway, who was a pioneer and who lived from 1724 to 1780.

Description:  The building faces east and is a three story buff colored brick and concrete structure. The building is located on the landscaped grounds of Courthouse Square in the center of Murray. On the east front is a large recessed portico supported by four large white colored Ionic columns rising to the pediment at the roof line. There are similar recessed porticoes on all sides of the building. A protruding cornice surrounds the building below the roof line. On the center of the roof is a large white colred octagonal cupola with clock at the roof of the dome. The former courtroom on the second stry have been divided into offices.

Note:  The courthouse was built by funds secured by an odd example of election tampering. When the old courthouse was destroyed by fire in 1906 a vote was held to pass a bond to fund a new facility, but failed its first two times on the ballot. The third vote was scheduled for the first Tuesday in November 1912, and after it was discovered the votes again fell short of the two-thirds needed for it to pass, the county clerk announced he made an error in counting and the bond actually passed.  The cost of construction was $49,679.

See: The architect,  Andrew J Bryan, designed the courthouses in Alabama in Coffee County, Lee County and Monroe County; in Georgia in Colquitt County, Pulaski County and Stewart County; in Kentucky in Bracken County and Mercer County; in Louisiana in Pointe Coupee Parish; in Mississippi in Attala County and Simpson County; and in Texas in Rains County. 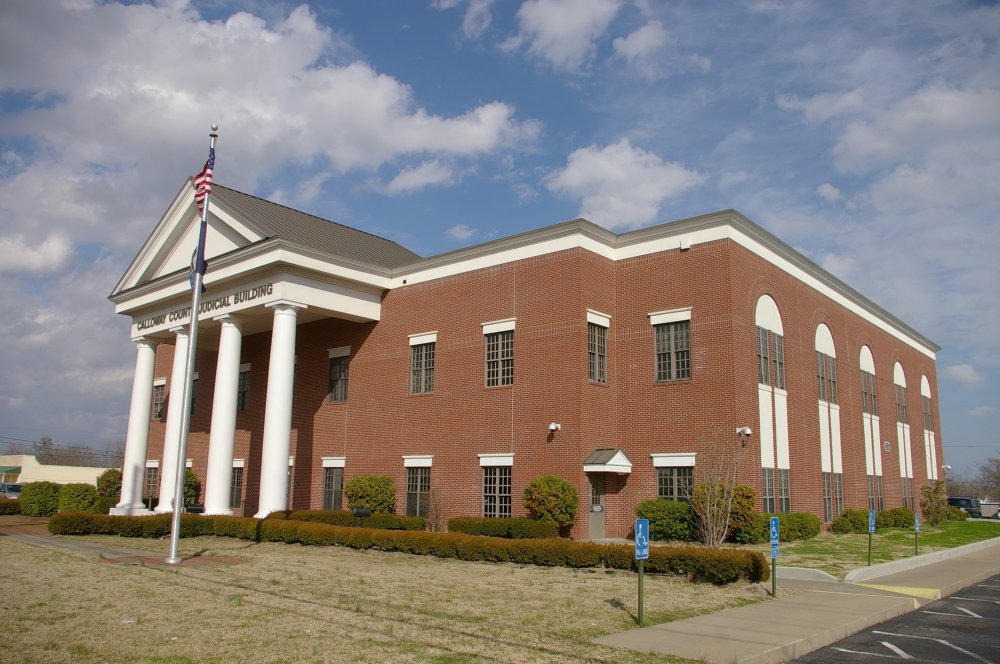 Architect:  Architecture Plus, Inc. of Georgetown

Contractor:  Jim Woodrum of Architecture Plus, Inc. of Georgetown 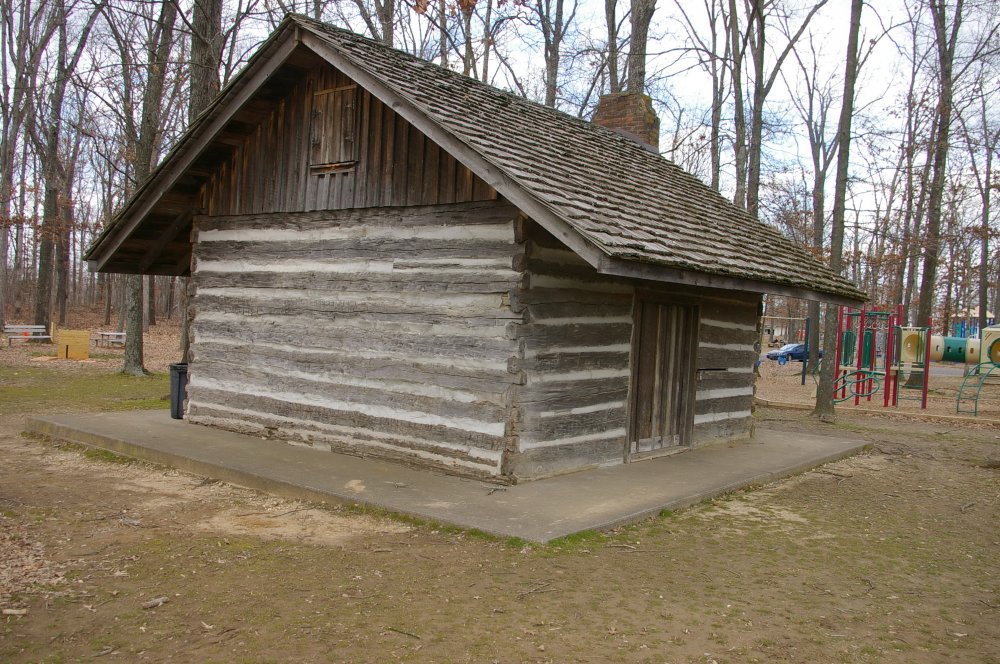 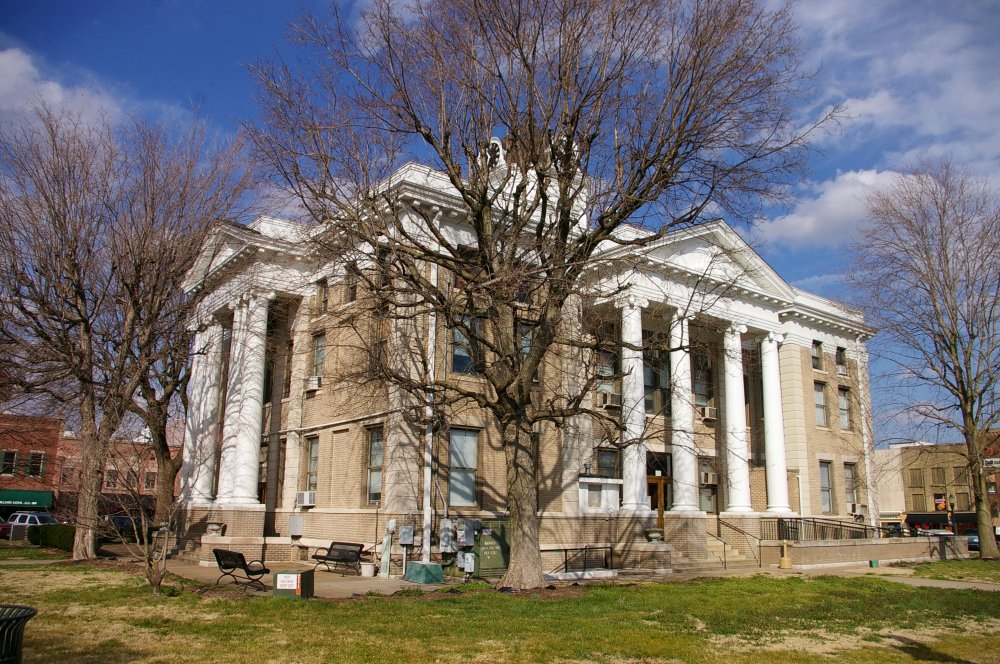 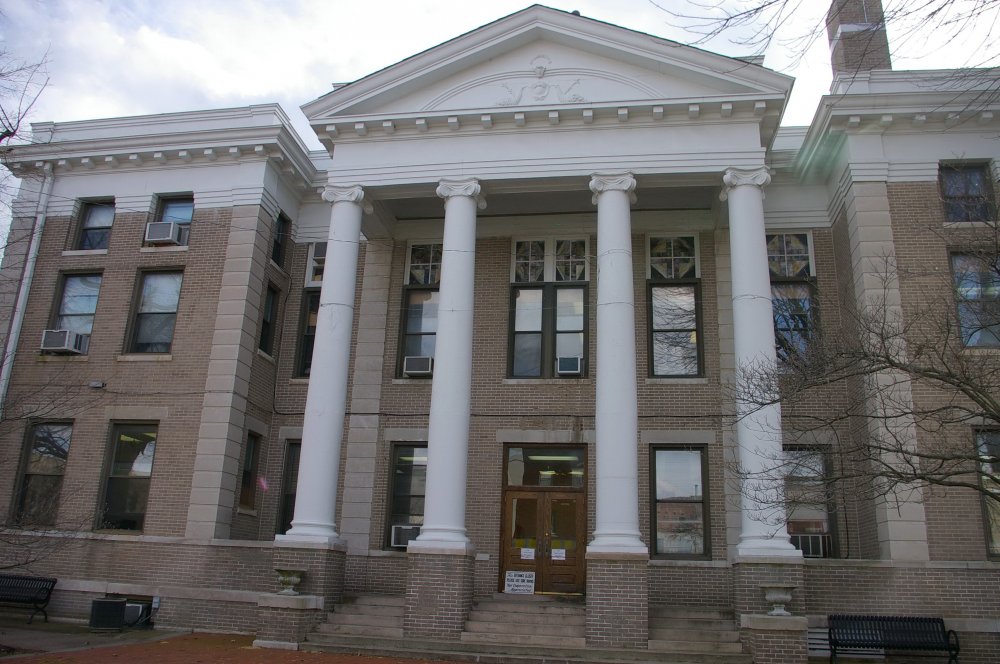 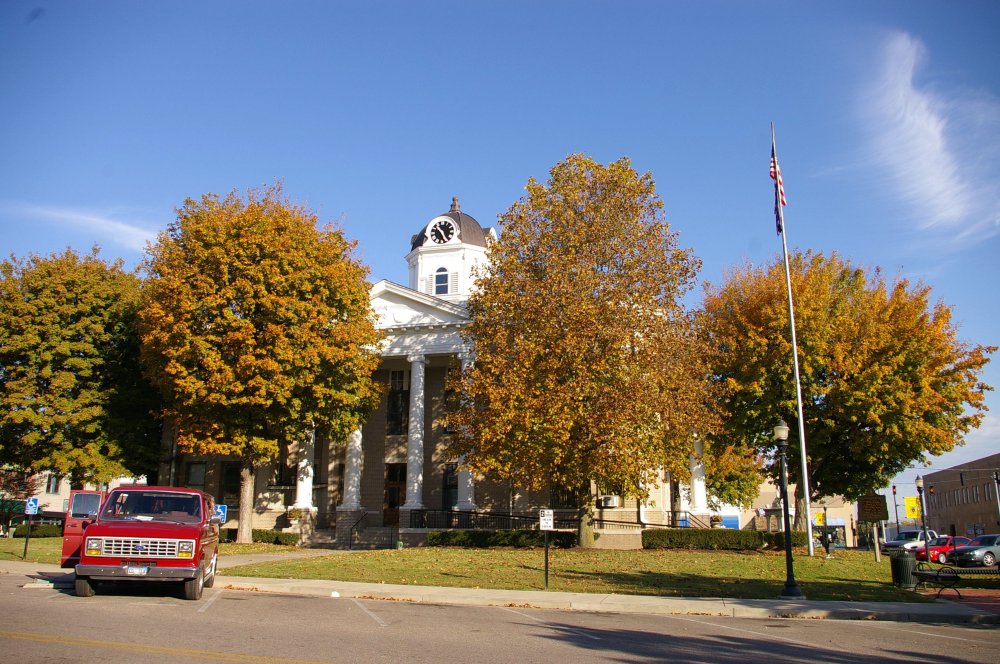 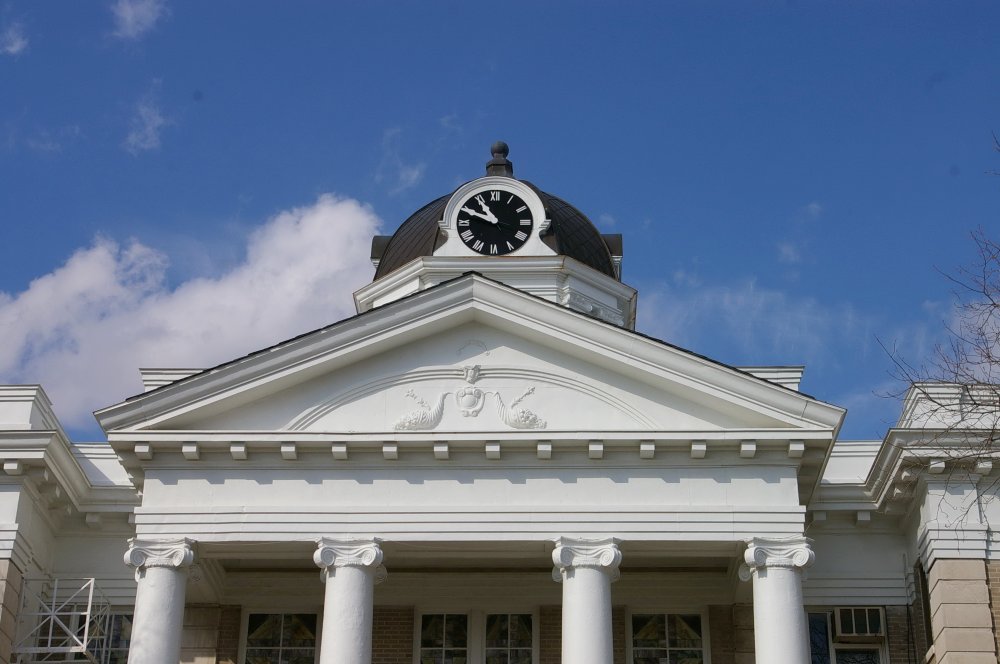 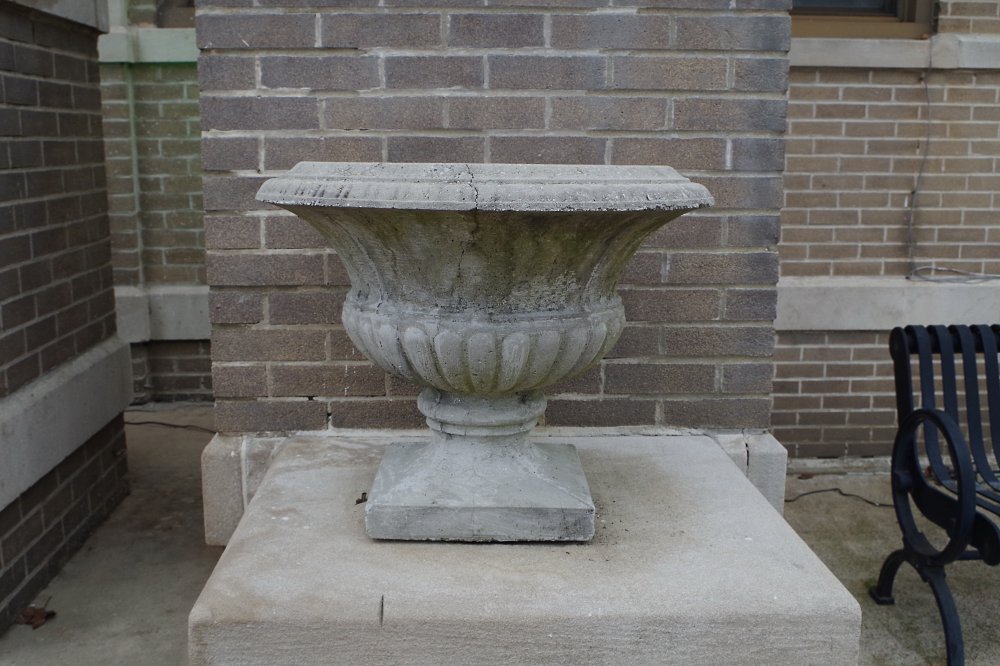 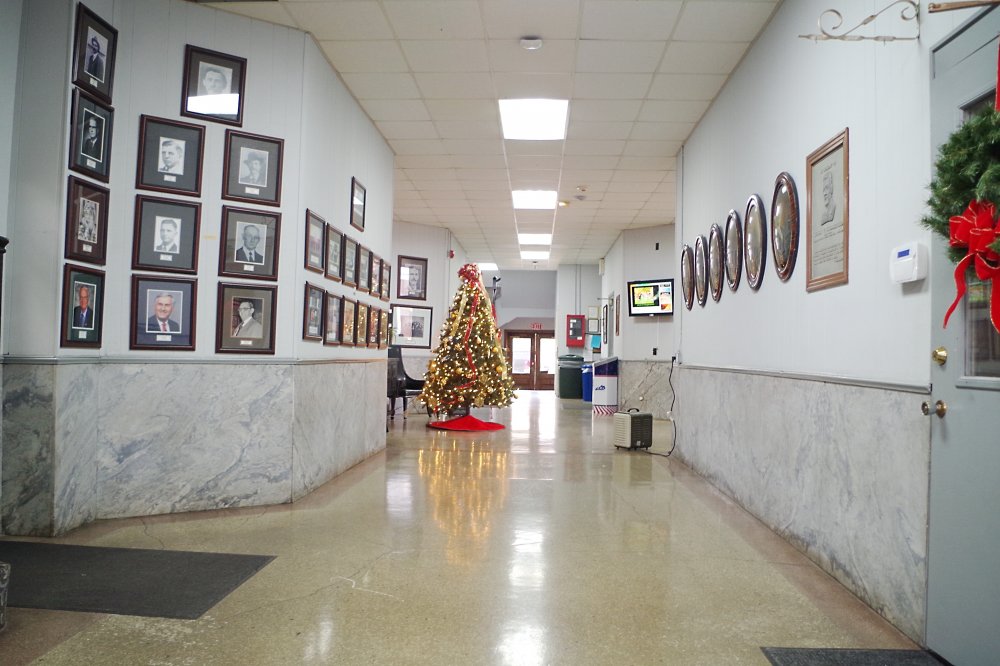 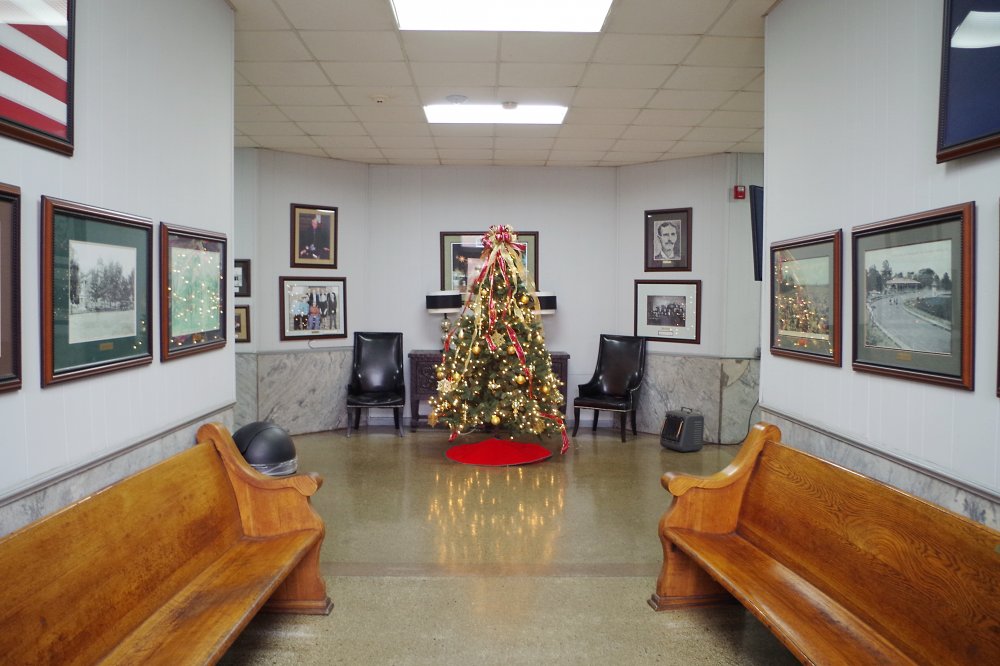 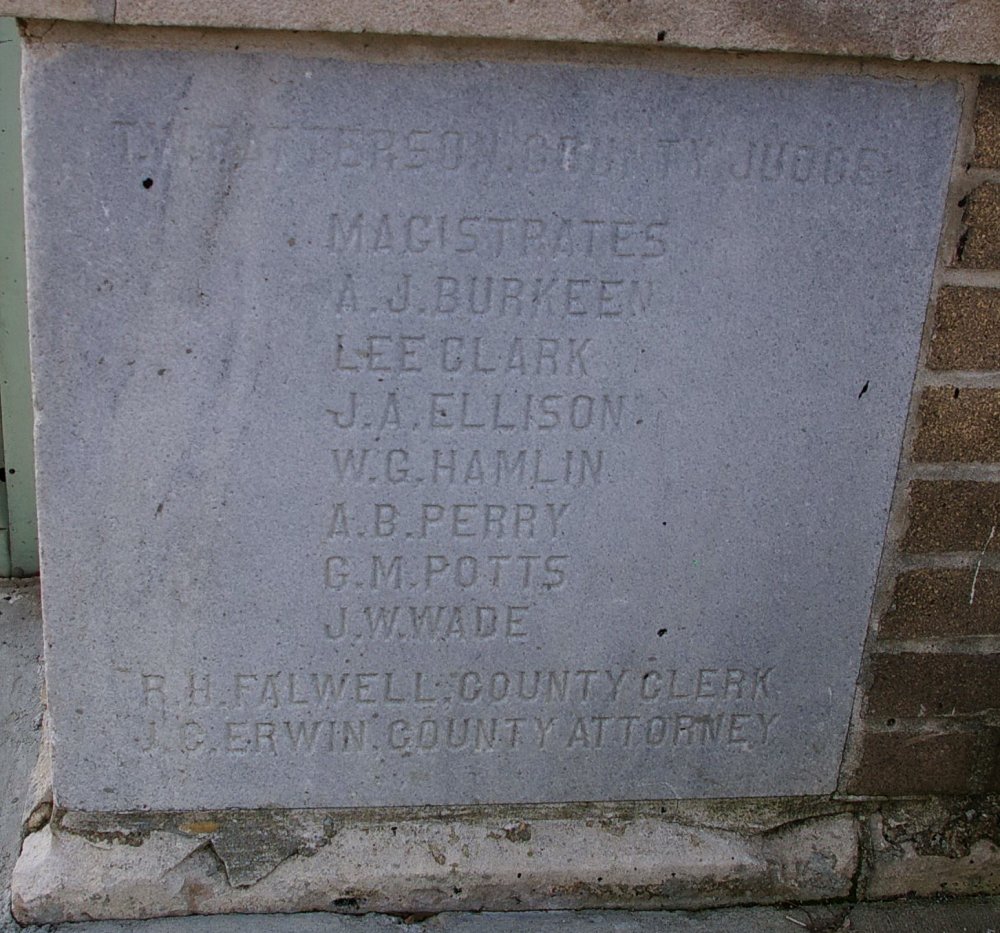