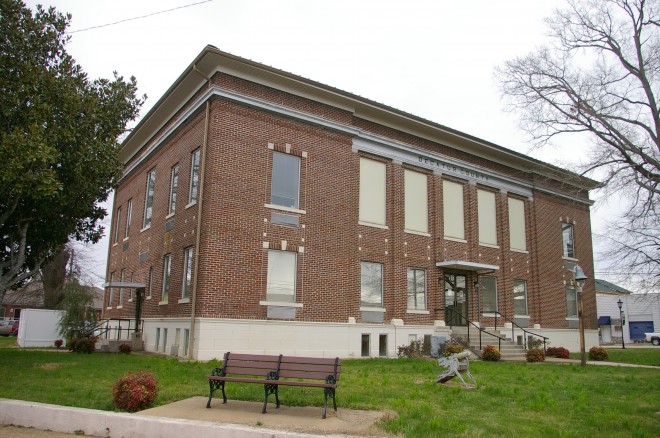 Decatur County is named for Stephen Decatur, who was a United States naval officer.

Description:  The building faces south and is a two story red-brown colored brick and concrete structure. The building is located on the landscaped grounds of the Courthouse Square in the center of Decaturville. There is stone decoration above the windows and a canopy over the south main entrance. The foundation is concrete. The building has an overhanging roof and flat roof line. The courtroom is located on the second story. The building houses the County Circuit Court, County Chancery Court, County General Sessions Court and County Juvenile Court of the 24th Judicial District. The building was renovated in 1975. An addition was added on the north side in 2005 to 2006. The architect was TLM Associates, Inc. and the contractor was Quinn Construction Corporation.

History:  The county was created in 1845 and Decaturville was selected as the county seat. The first courthouse in 1848 was a cabin on the west side of the square in Decaturville. In 1850, a two story frame courthouse was built but burned on July 3, 1869. The third courthouse was a two story brick structure built in 1869 at a cost of #9,000. The courthouse was destroyed by fire in 1927 and the Eli Vise store was used. The fourth and present courthouse was constructed in 1927 to 1928 with Fount Tate as foreman. The cost of the 1975 renovation was $200,000. 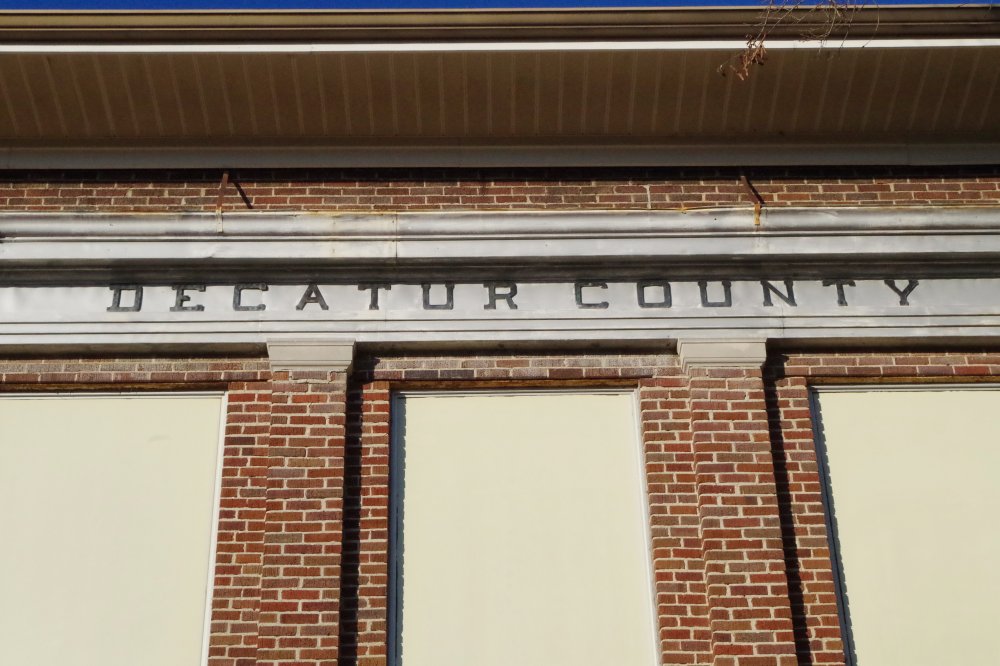 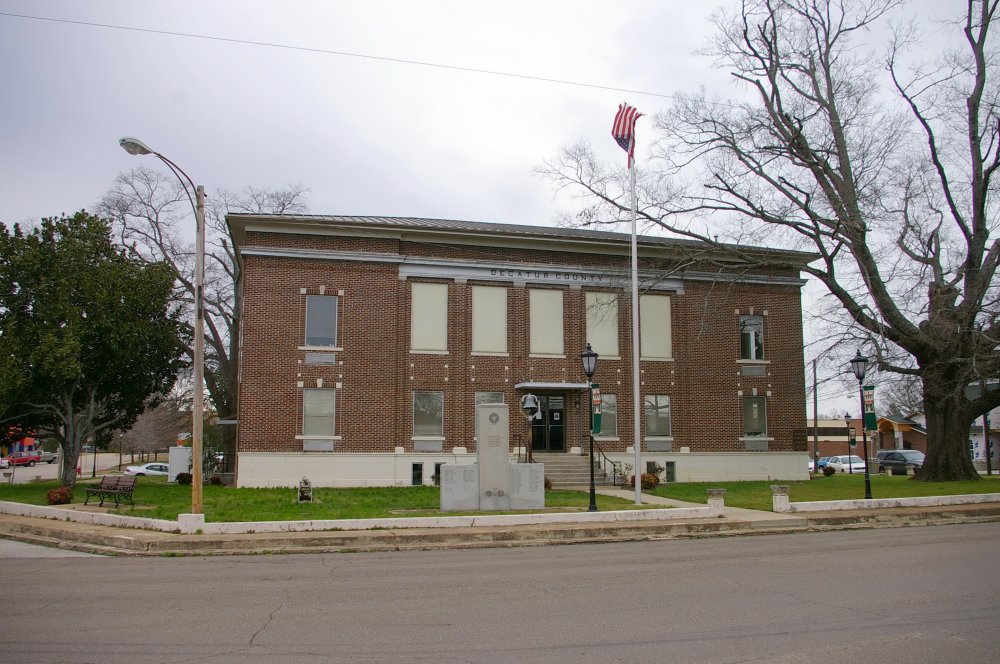 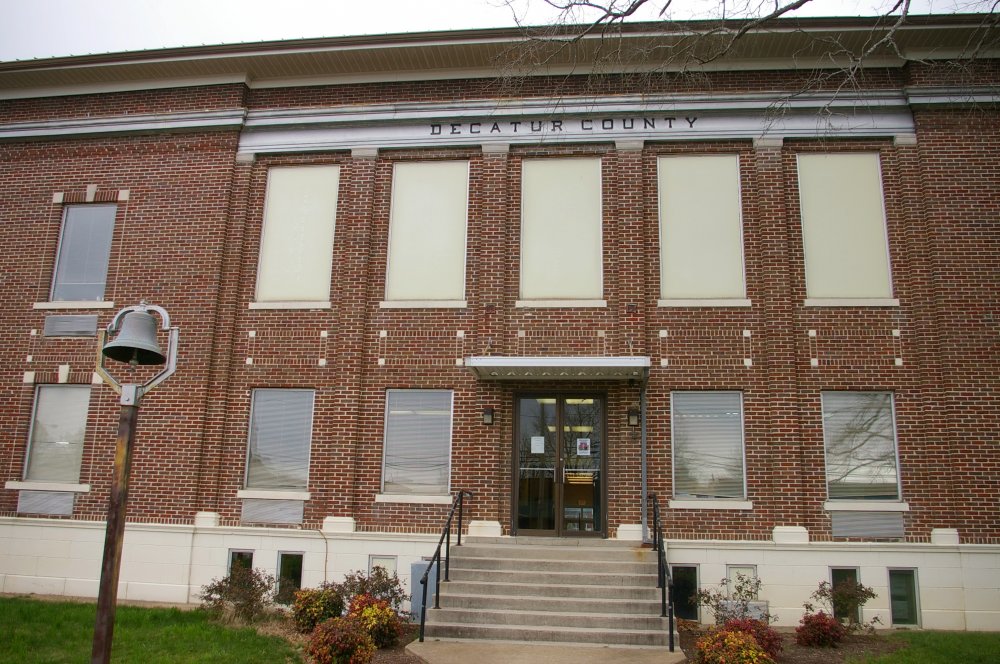 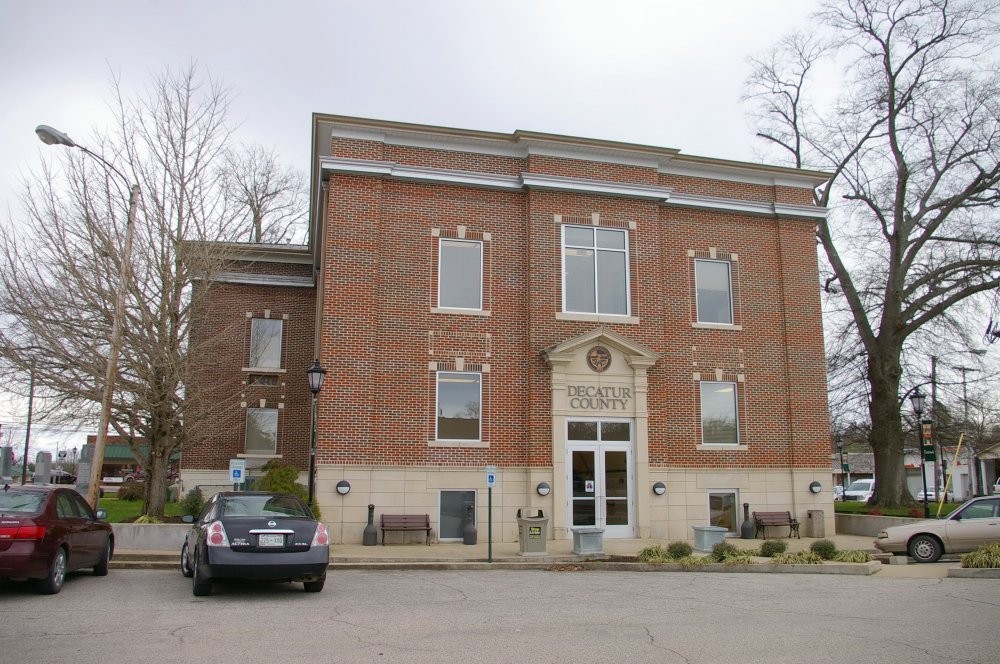 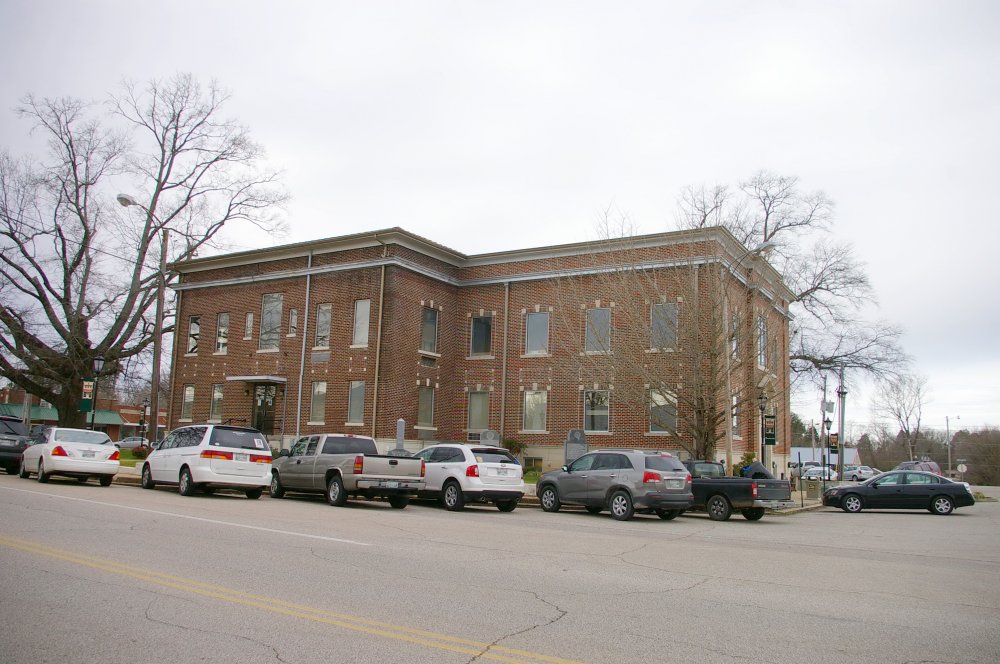 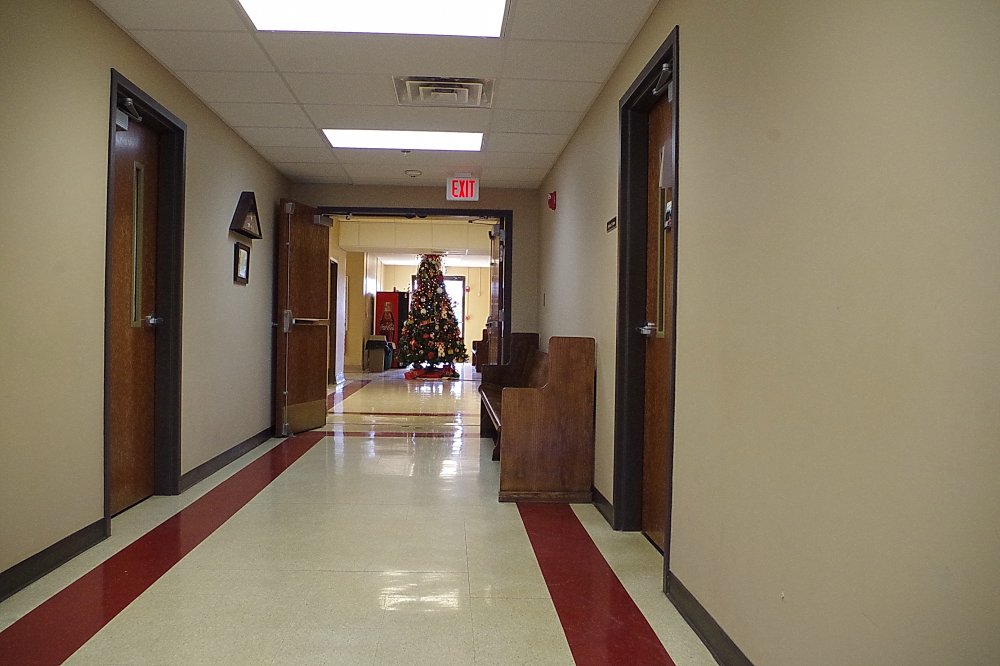 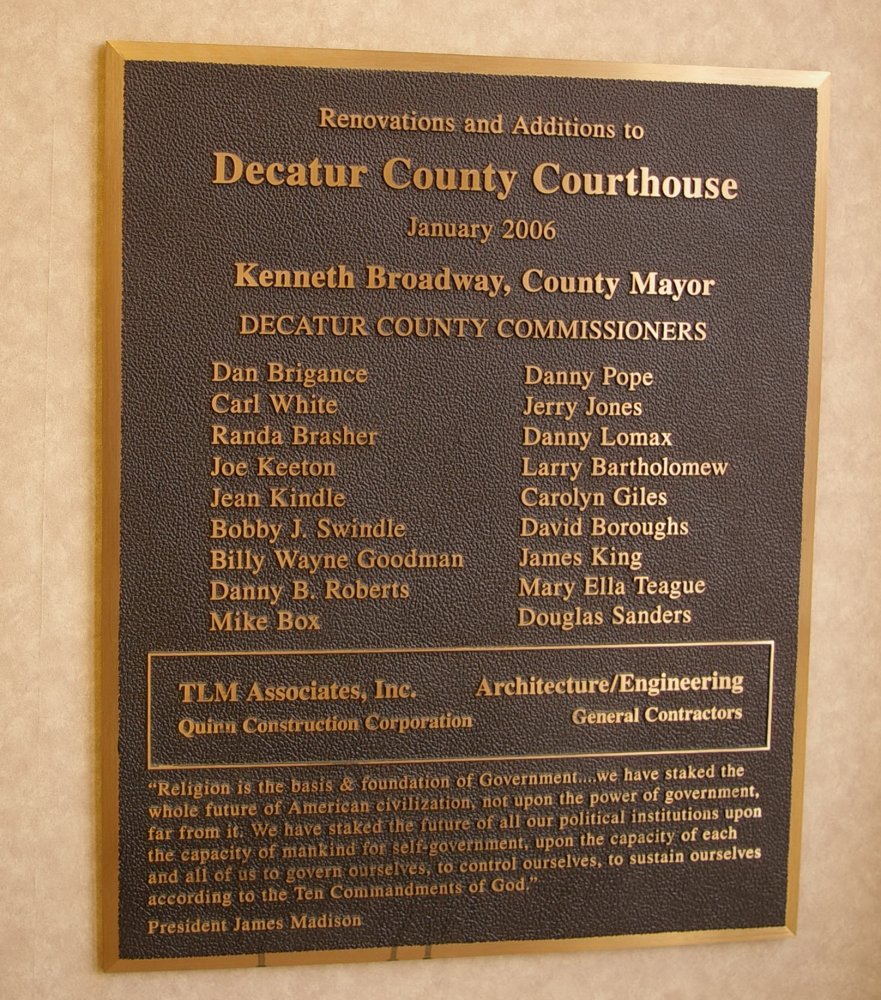