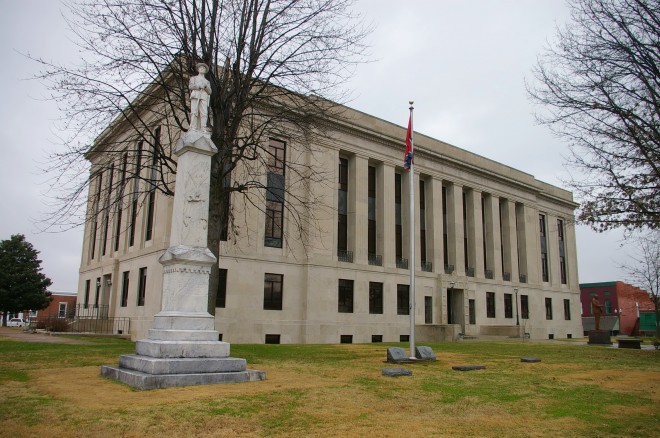 Weakley County is named for Robert Weakley, who was a United States Representative in Congress.

Description:  The building faces south and is a three story gray colored limestone and concrete structure. The rectangular shaped building is located on landscaped grounds in the center of Dresden. The central entrance entrance on the first story is framed with stone. Square windows run along the first story. Recessed vertical windows are on the second and third stories. The roof line is flat. The building houses the County Circuit Court, County Chancery Court, County General Sessions Court and County Juvenile Court of the 27th Judicial District.

History:  The county was created in 1823 and Dresden was selected as the county seat in 1825. The first court met in 1823 in the home of John Terrell and later in the home of Banjamin Bondurant at Dresden until 1828. The first courthouse was a brick structure built by John Scarborough of Stewart County in 1827 on Courthouse Square. In 1852, the second courthouse was a brick structure built by Major Cowardin at a cost of $20,000. The building was enlarged in 1911 by L Ewingo and was destroyed by fire on February 19, 1948. The third and present courthouse was constructed in 1949 to 1951. 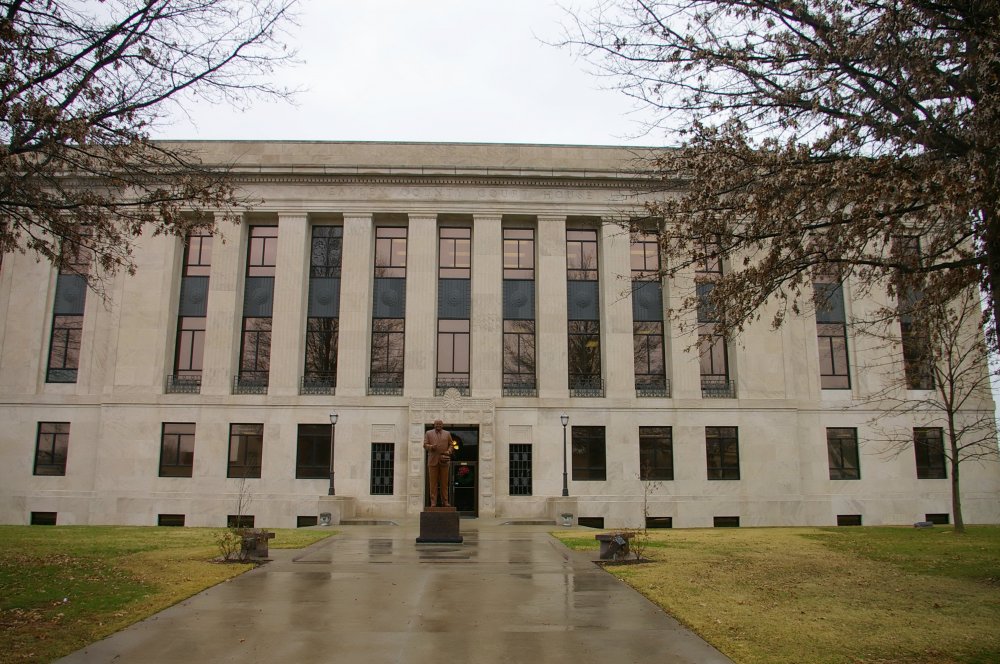 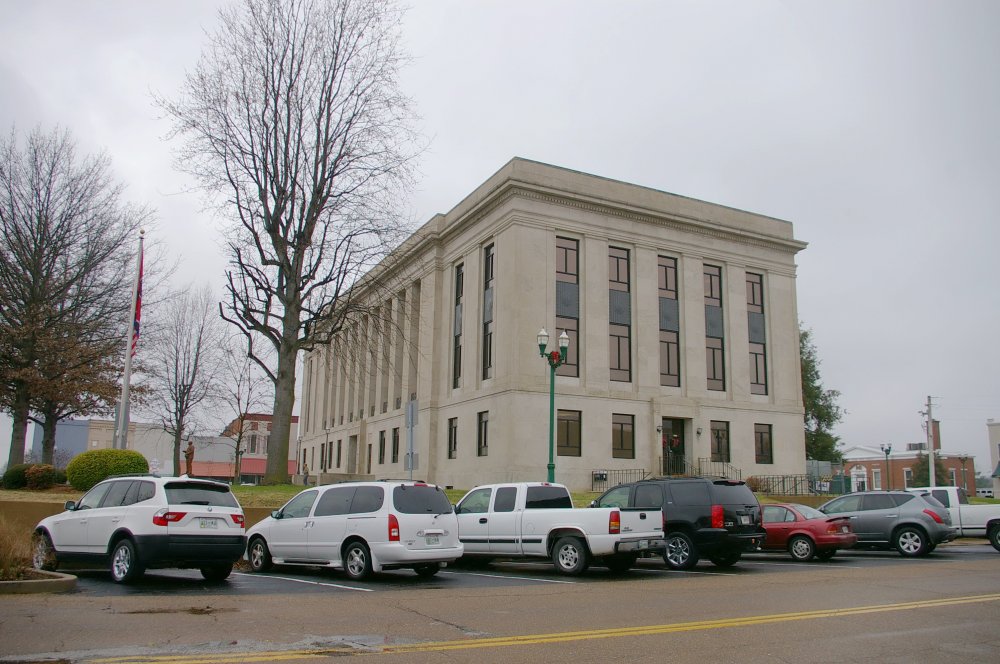 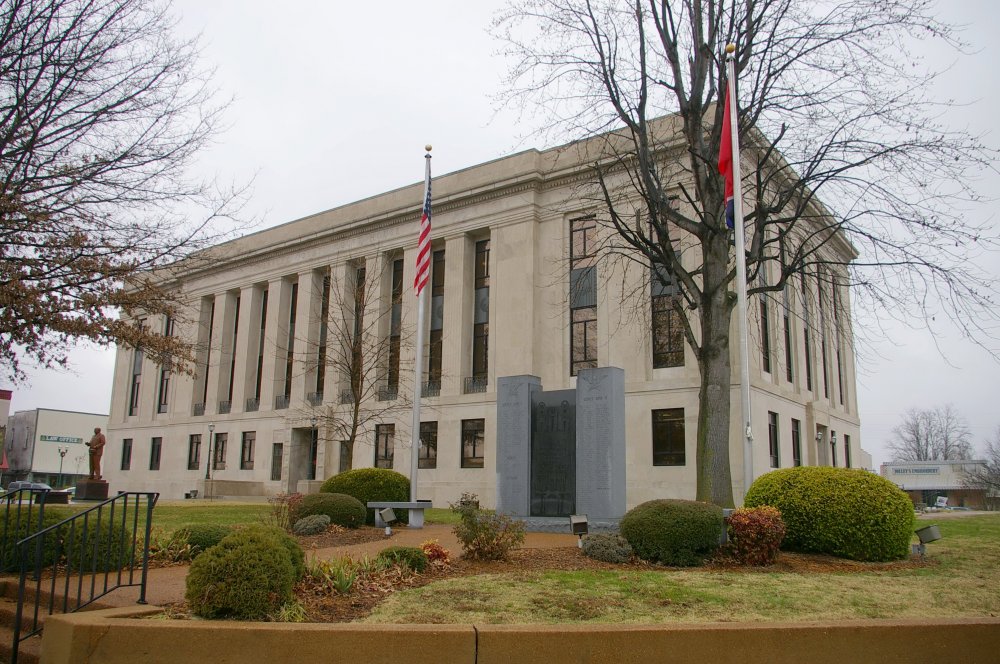 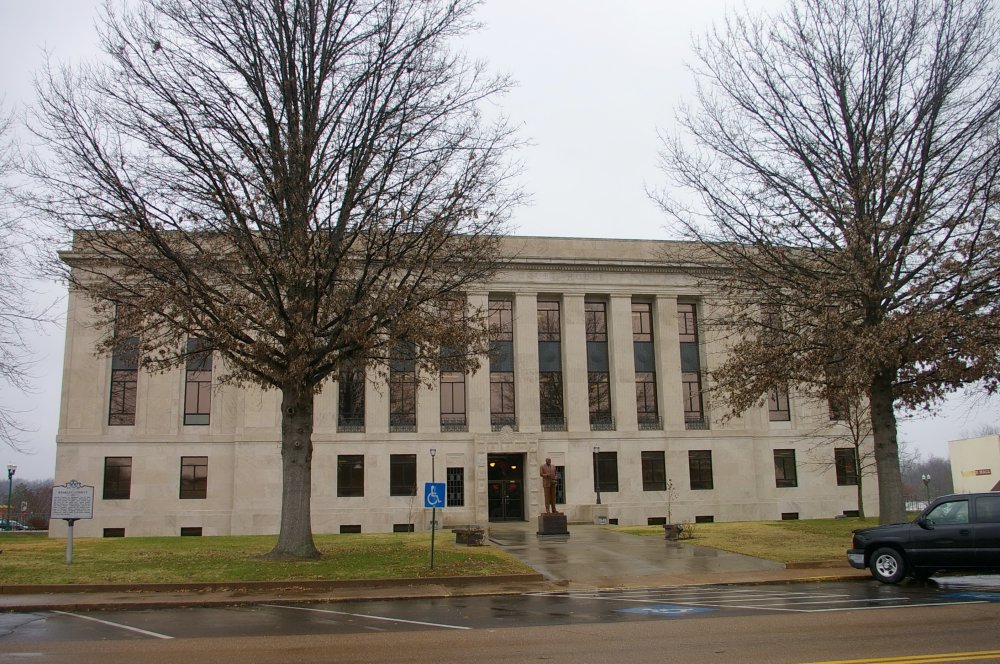 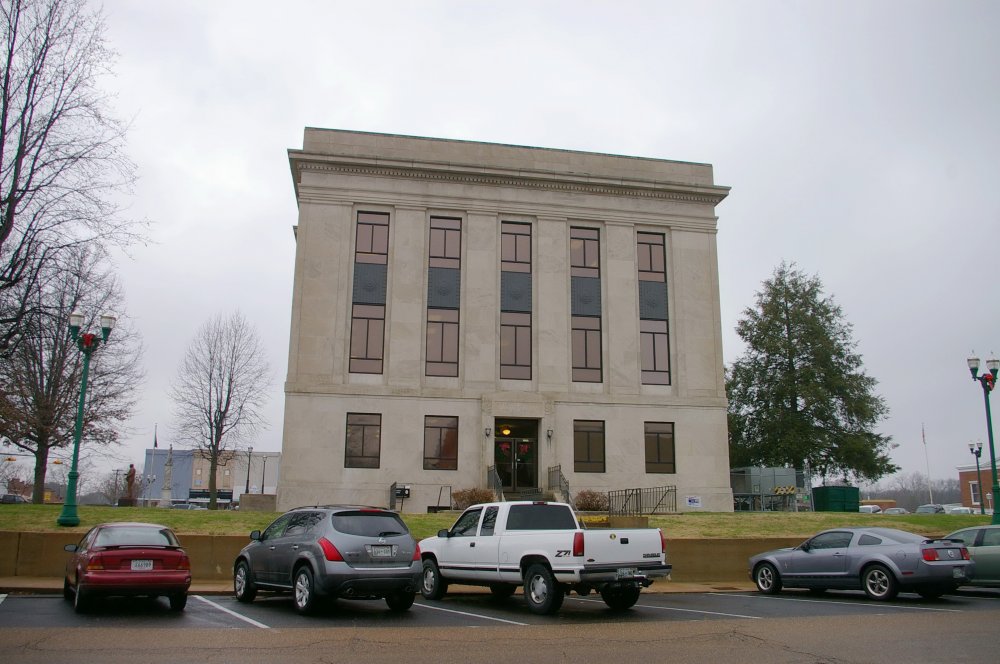 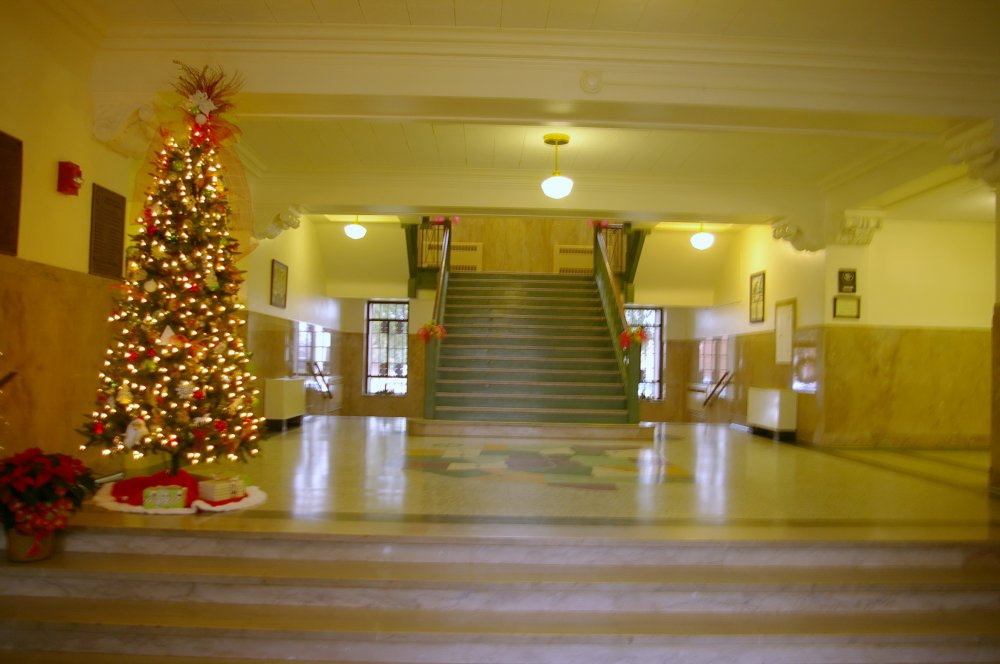 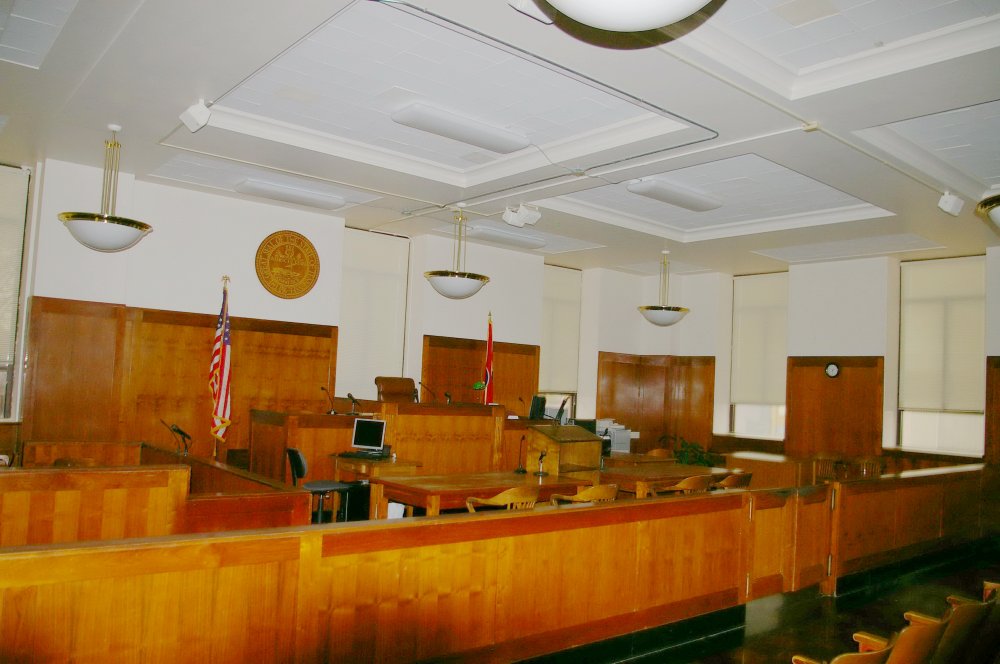 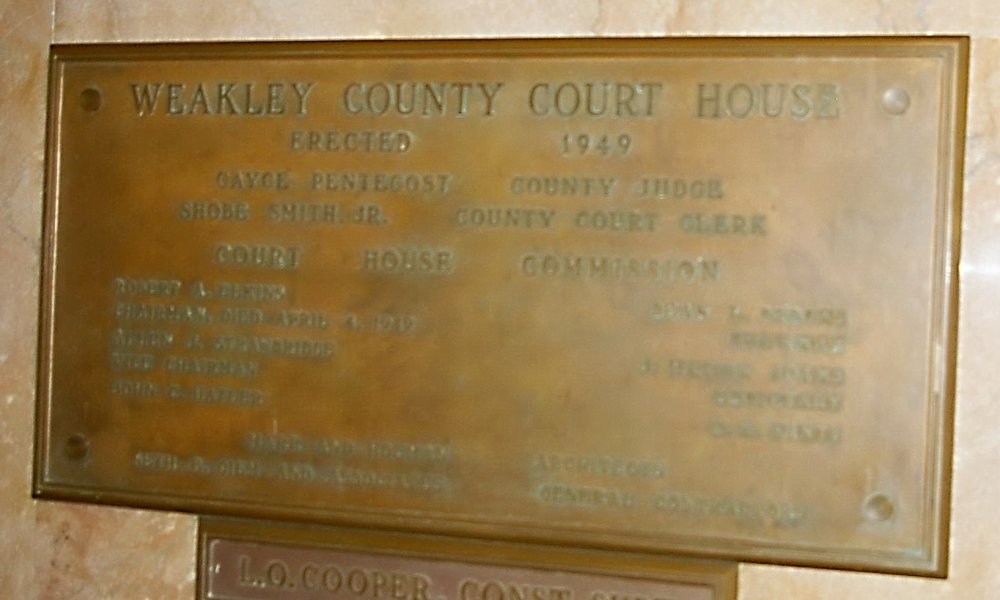 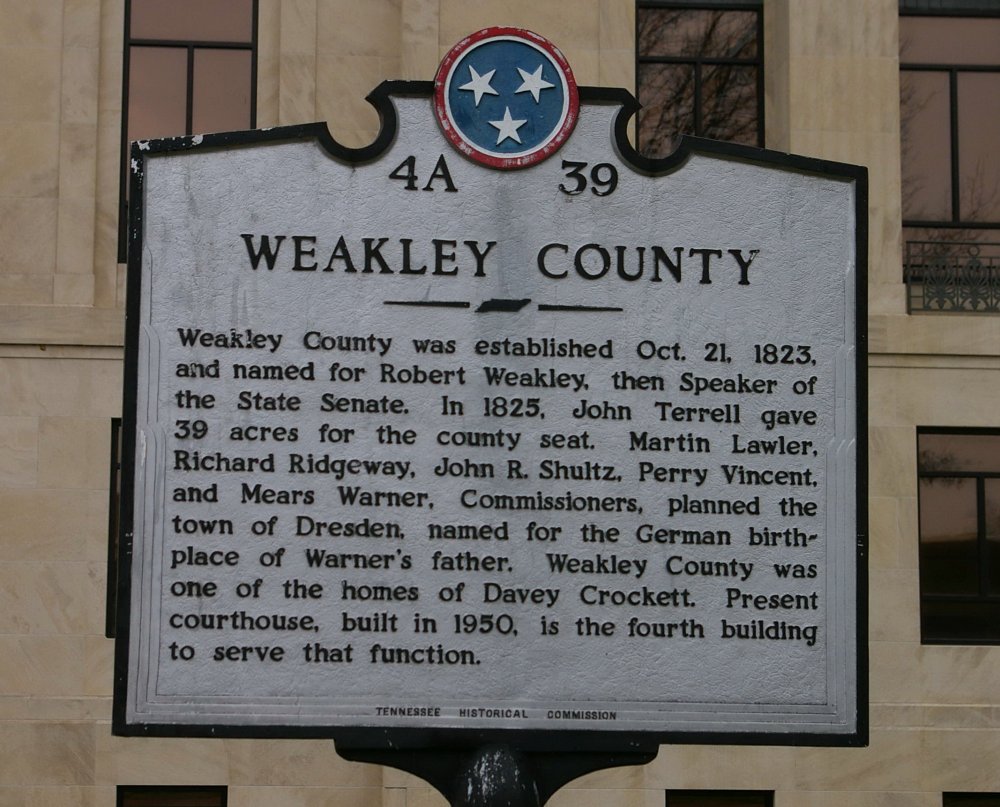