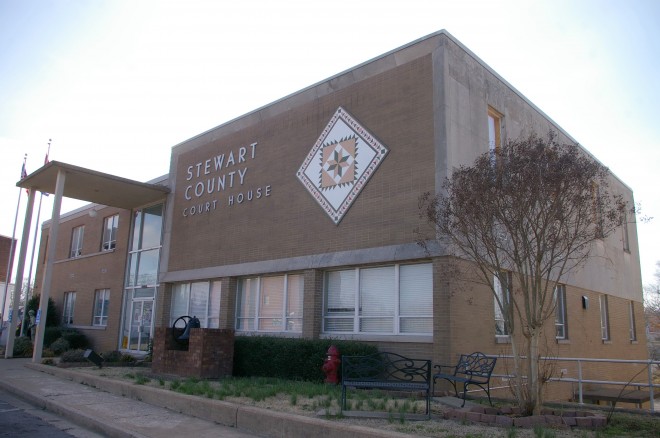 Stewart County is named for Duncan Stewart, who was a Tennessee State legislator and lieutenant governor of the Mississippi Territory.

Description:  The building faces east and is a three story glass and concrete  structure. The rectangular shaped building sits on sloping landscaped grounds in the center of Dover city. The east front of the rectangular building has a central entrance on the second story with large glass window above on the third story. On the west side, the first story is at ground level. A high canopy is supported by tall pillars on the east front. The north section of the building is higher. The roof line is flat. The courtroom is located at the north side of the third story. The building houses the County Circuit Court, County Chancery Court, County General Sessions Court and County Juvenile Court of the 23rd Judicial District.

Note:  The previous courthouse was built in 1870. A replica stands east of the courthouse and is presently a bank. 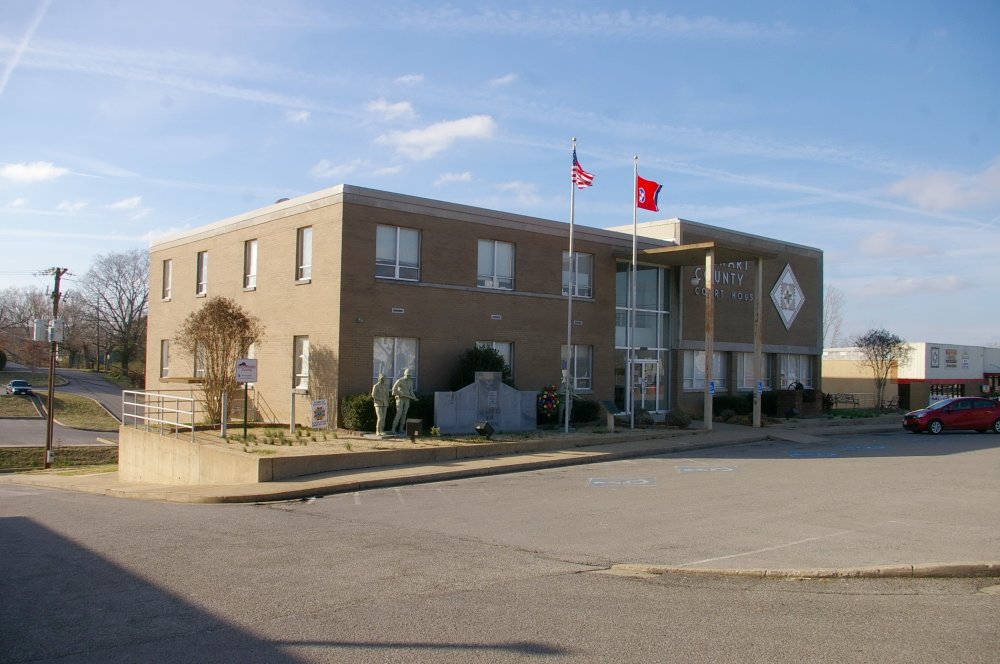 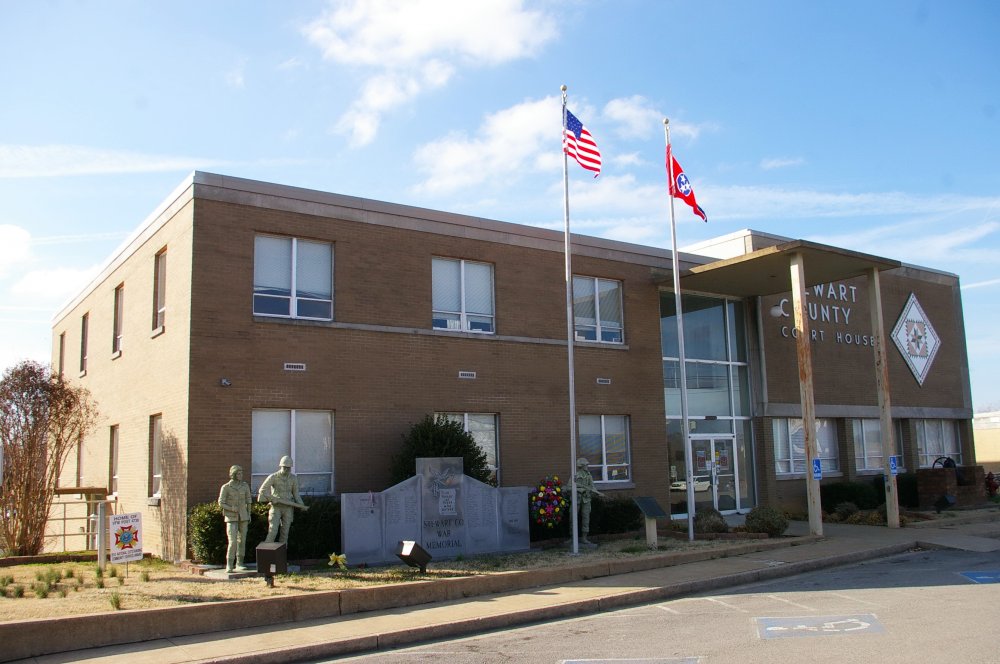 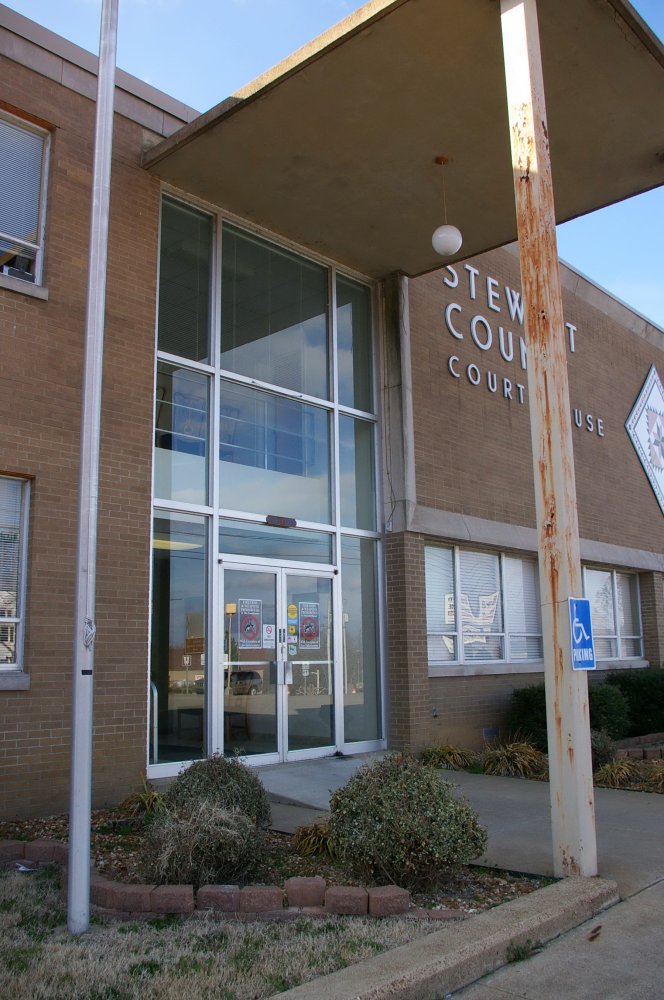 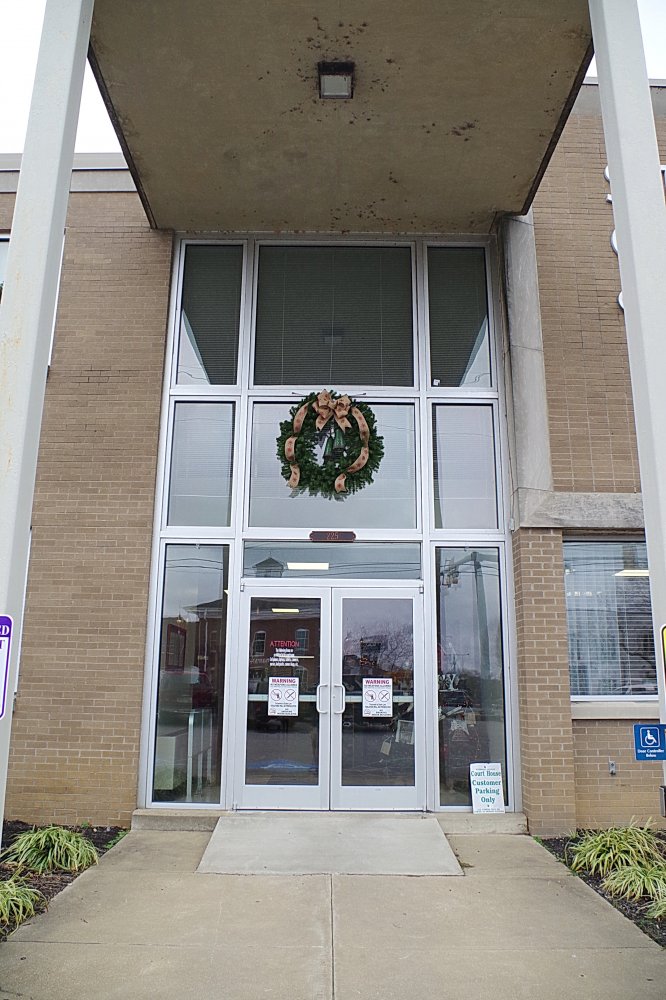 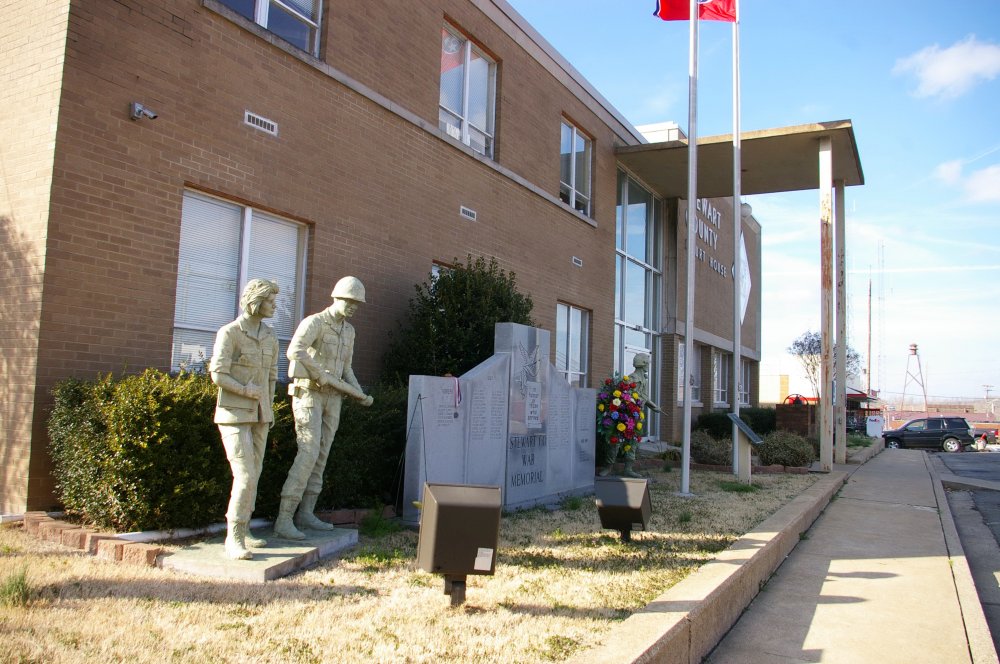 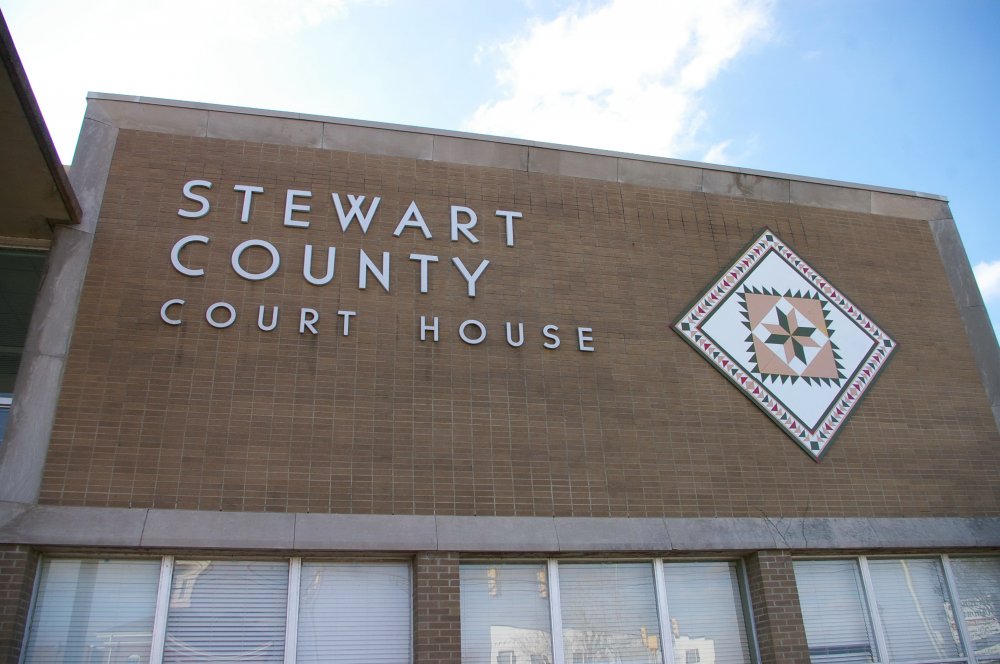 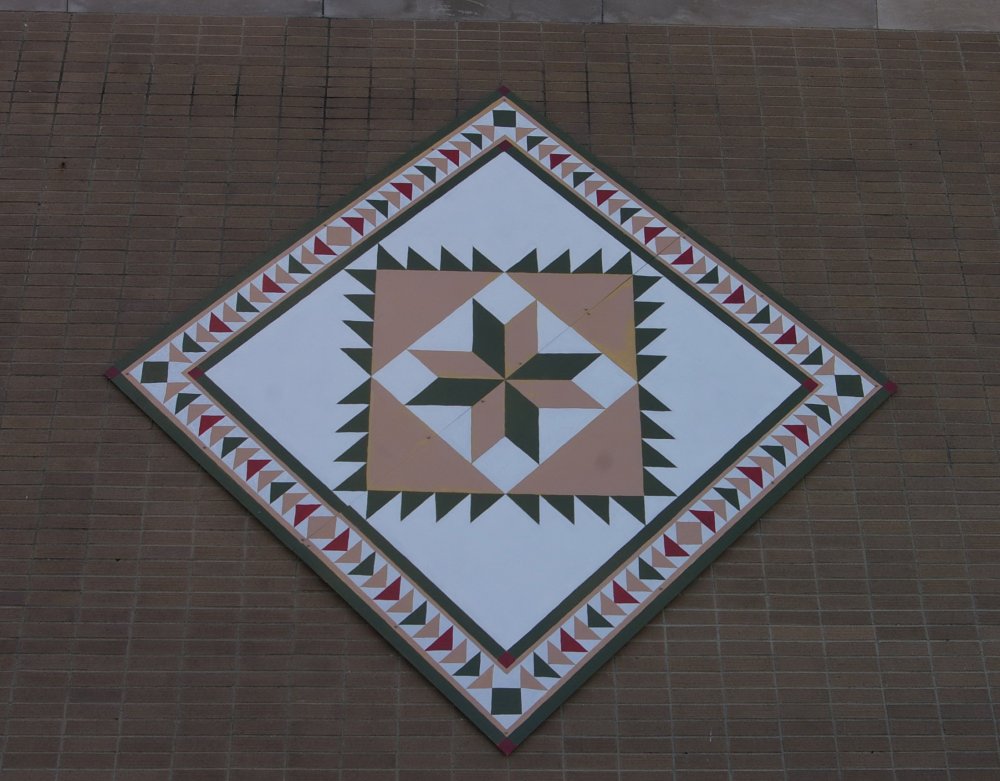 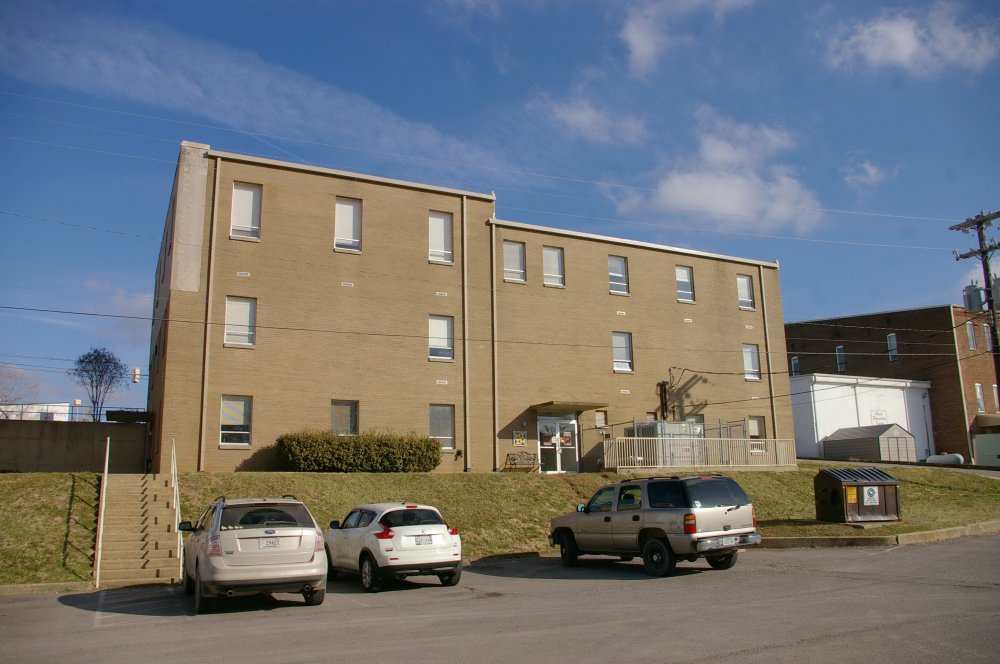 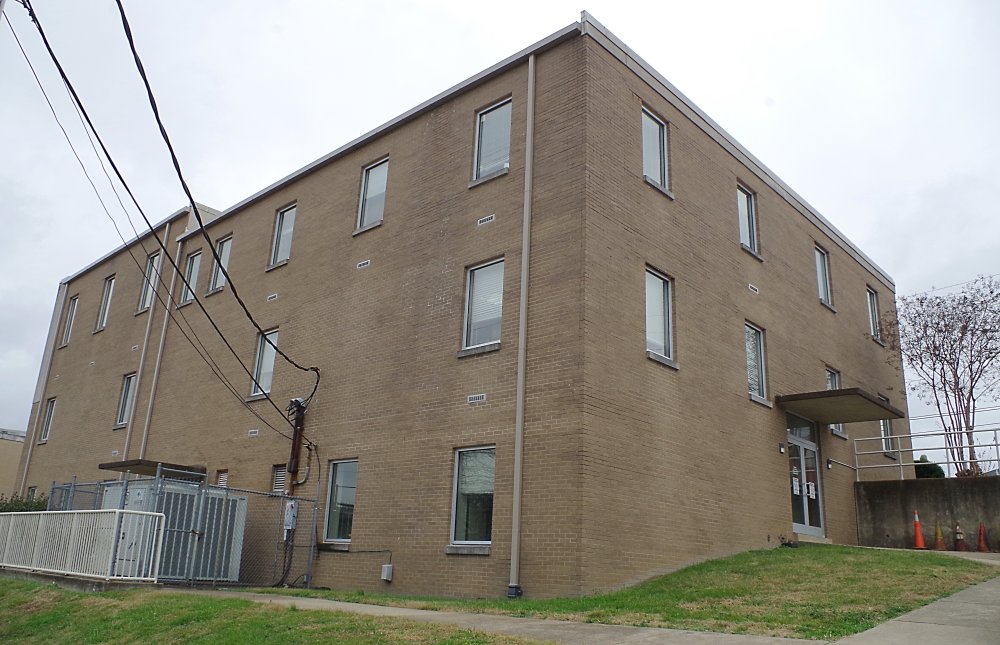 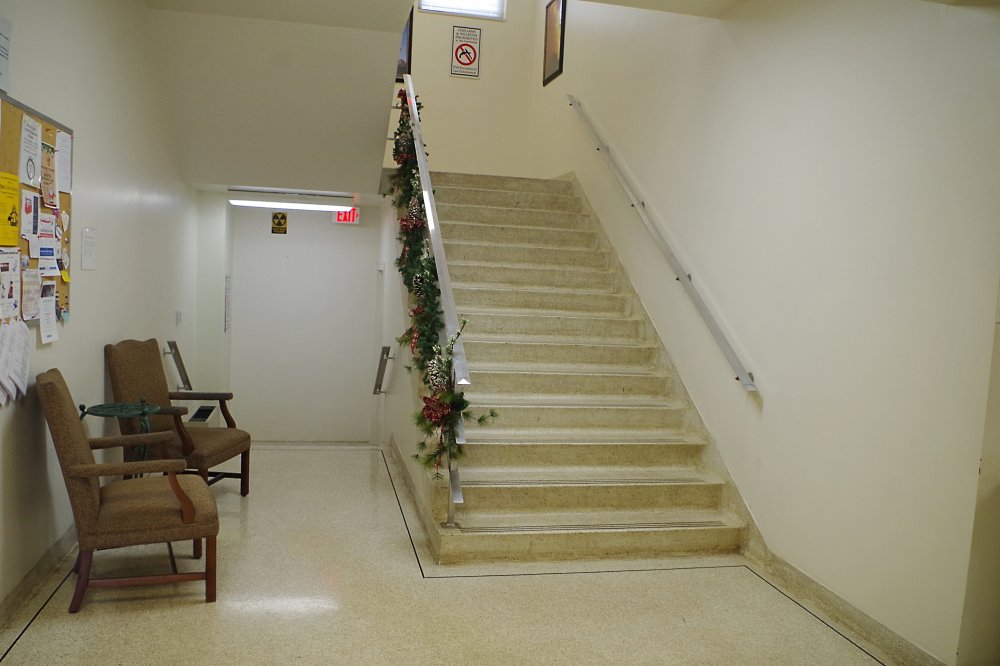 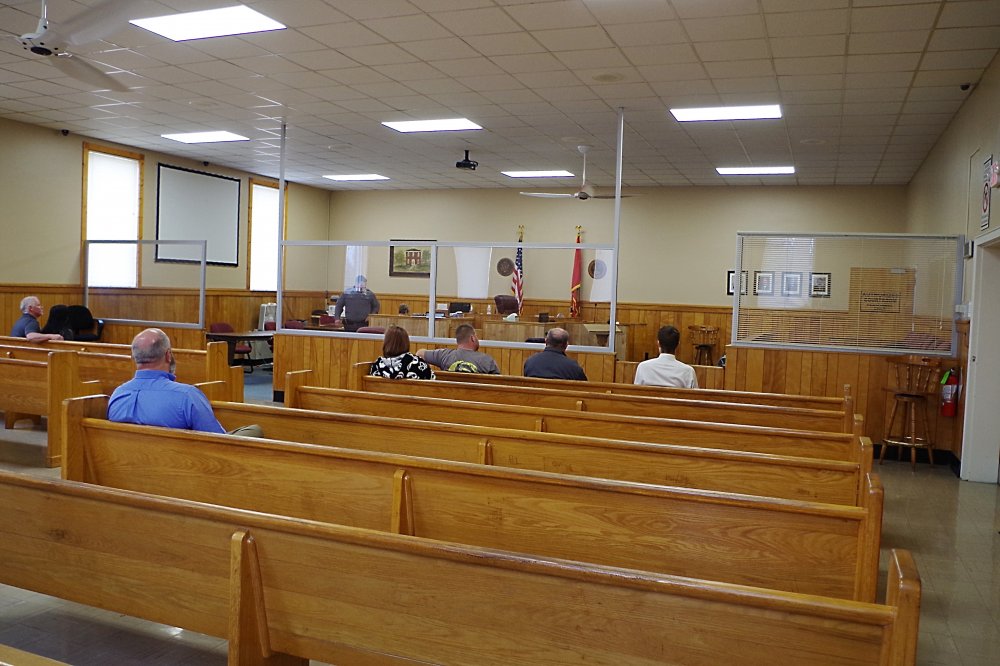 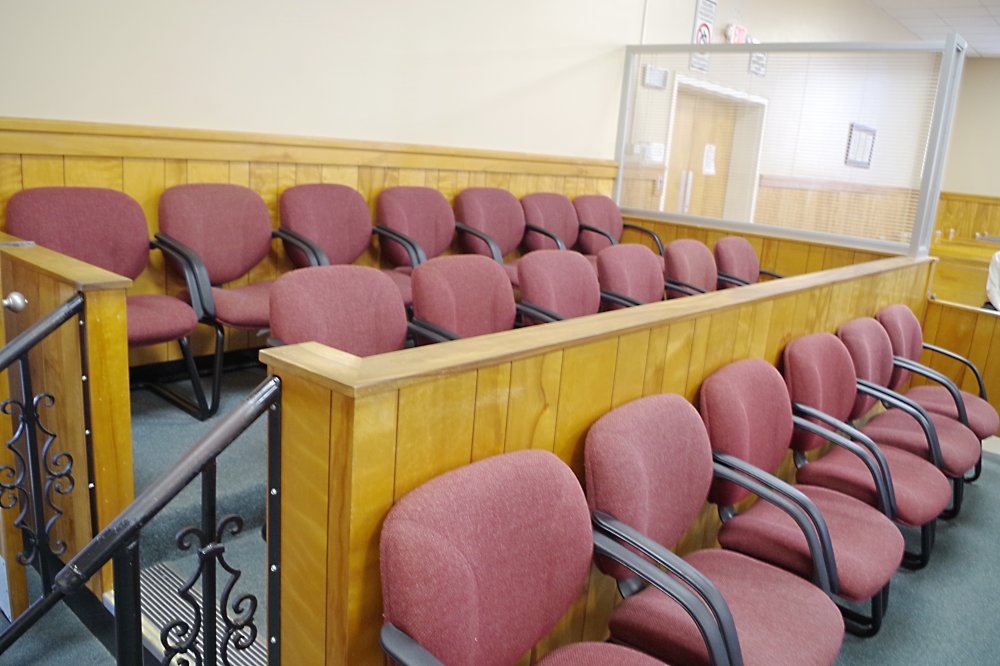 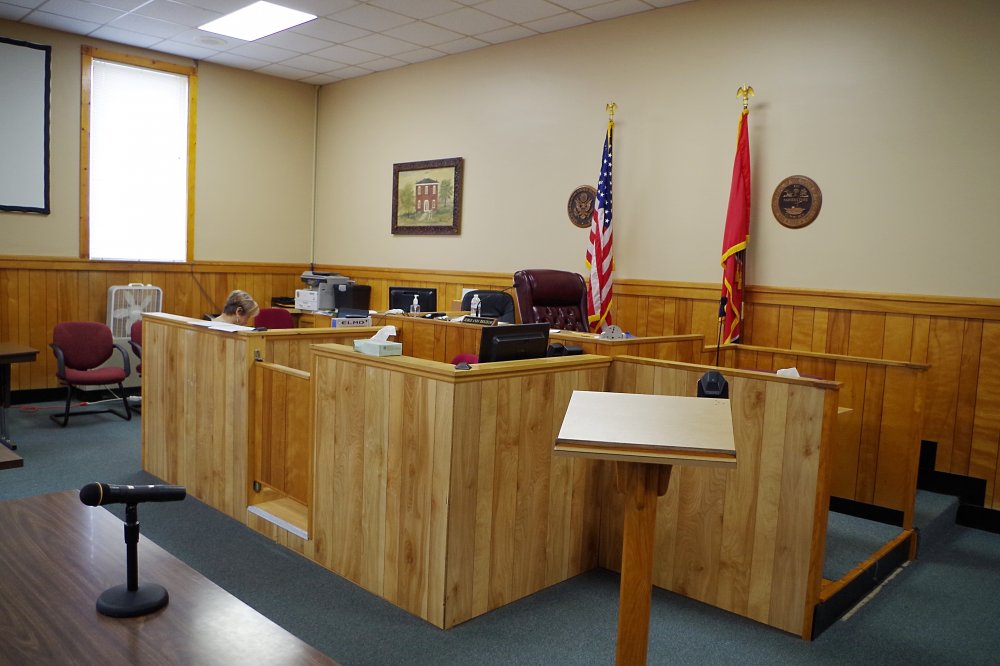 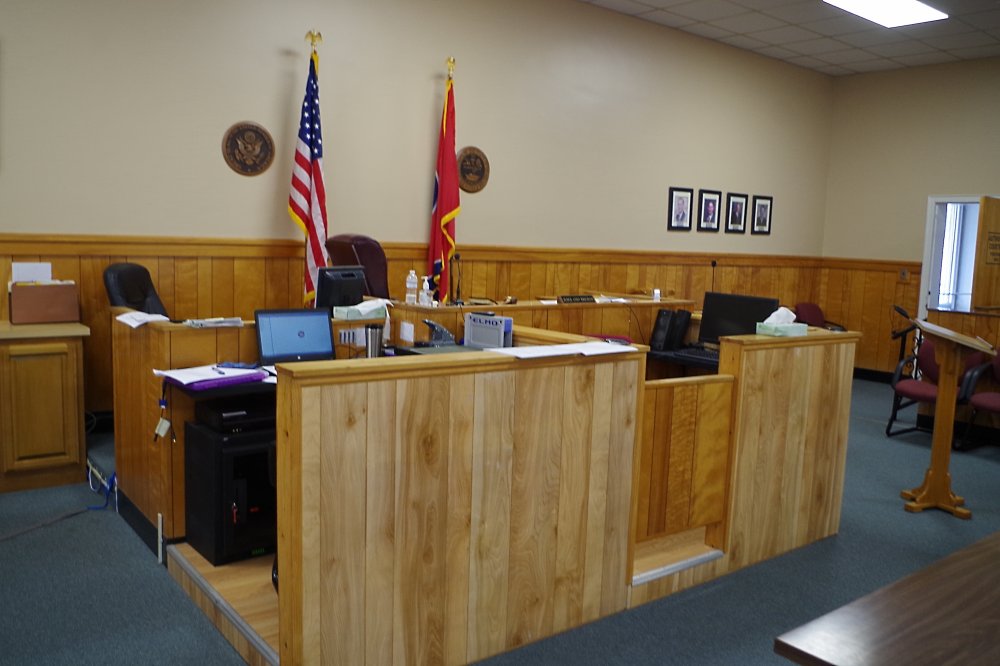 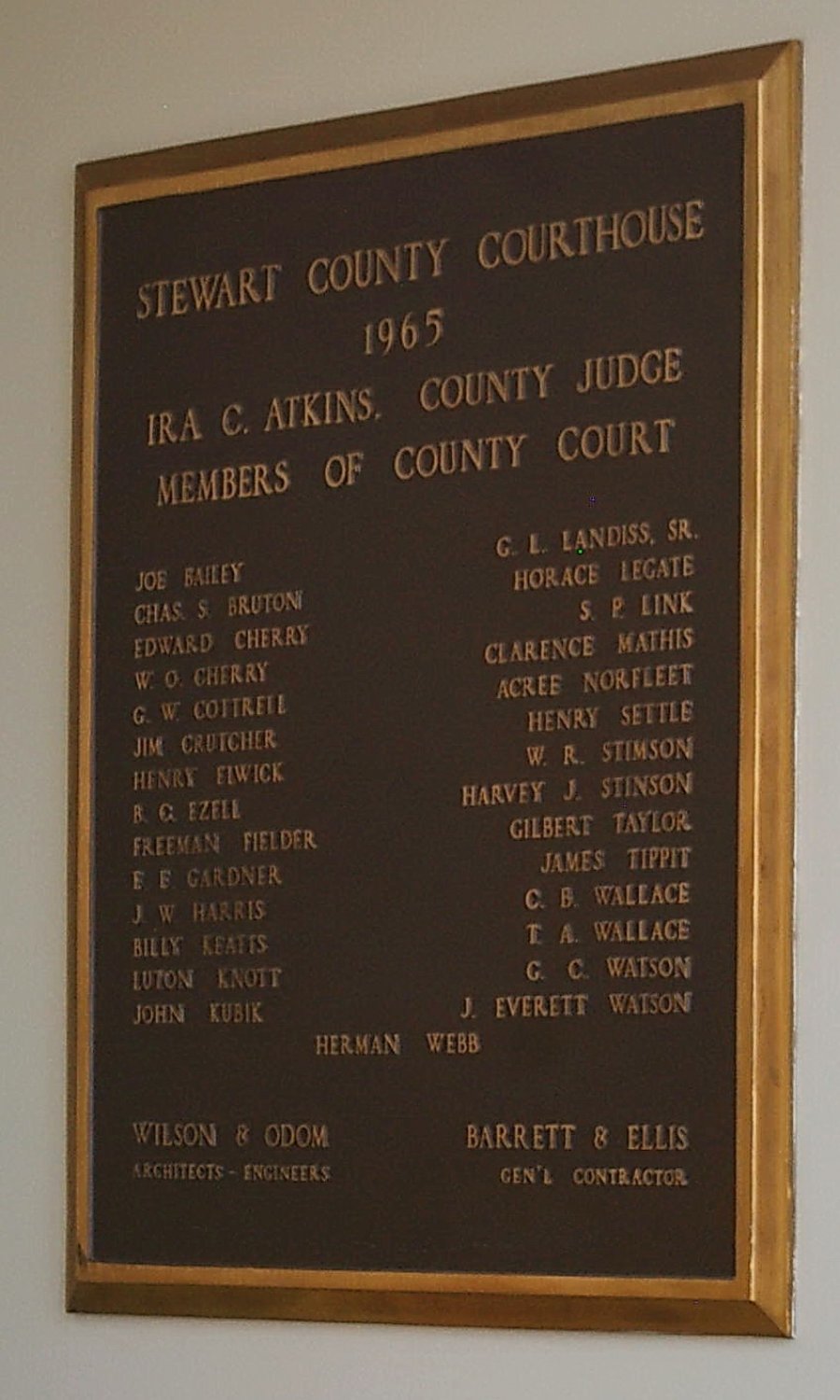 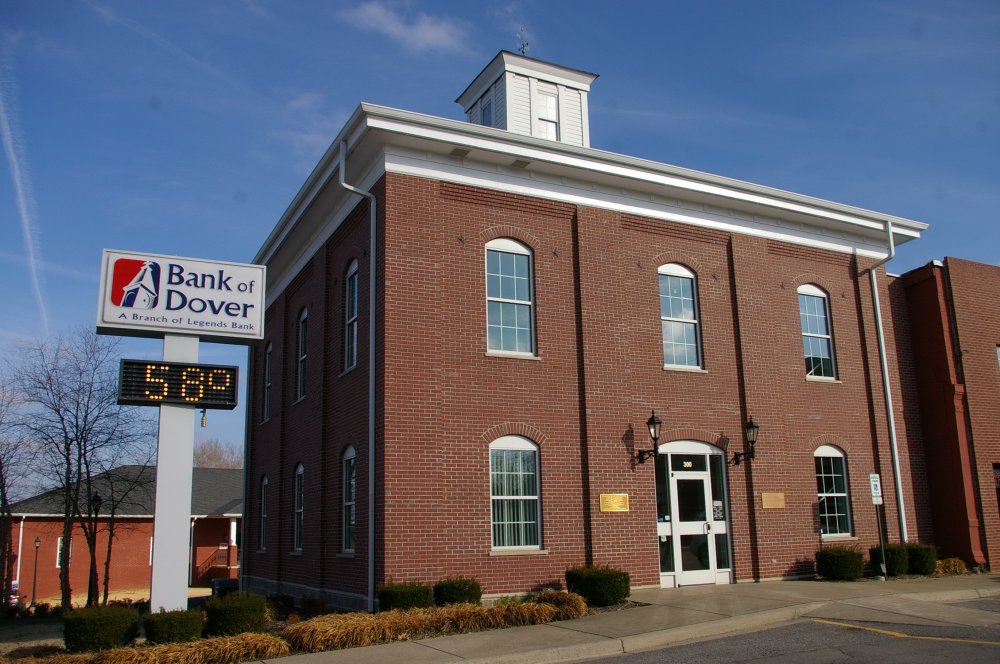 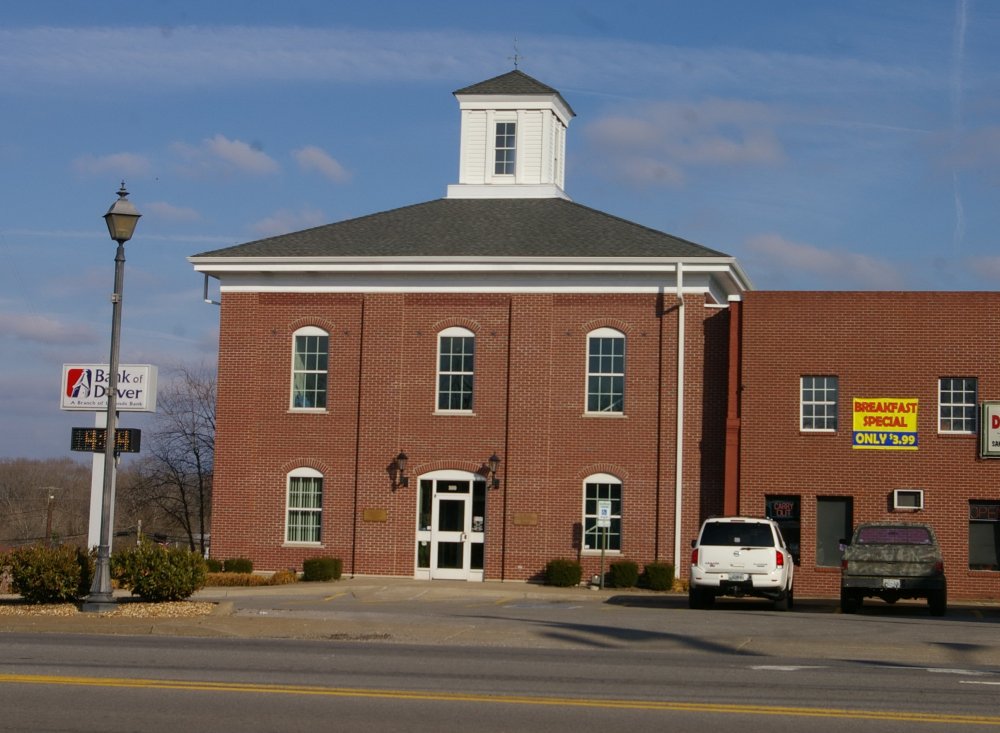 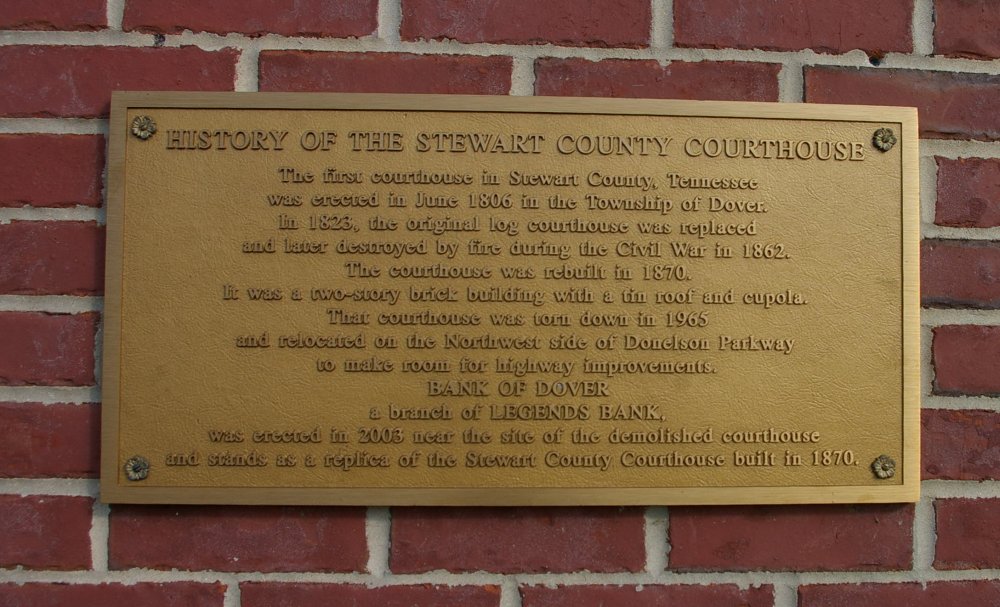